What's the complete opposite of The Shire? Mordor: a place of darkness, evil, and “doom.” It's only logical that, like Frodo and Sam, we journeyed from The Shire to Mordor. We sure had the right weather for it!

We were shuttled into Tongariro National Park at 7:45am from The Crossing Backpackers. This park was used as the filming location for Mordor, with Mt. Ngauruhoe being the infamous Mt. Doom. 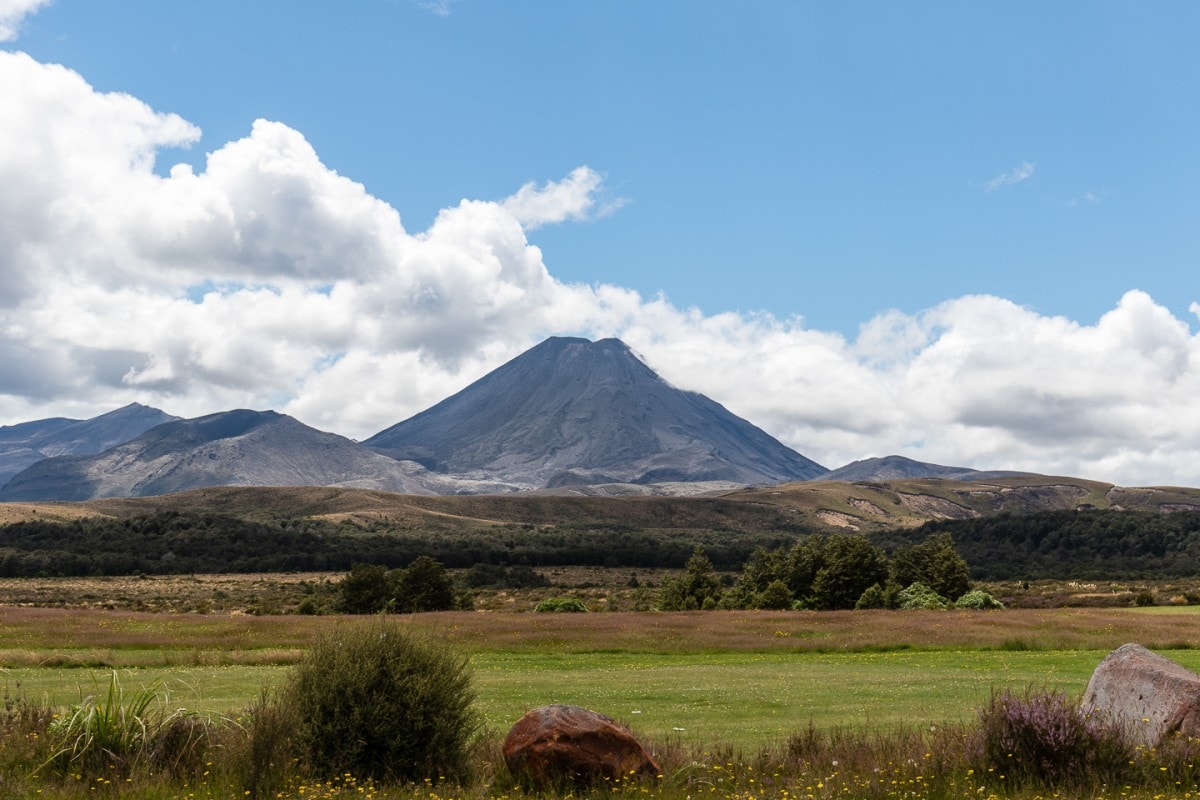 The weather was far from ideal for us hikers, yet perfect for those wanting the authenticity of Frodo and Sam's struggle through Mordor. With intense cloud coverage, strong winds, and continuous rain, we weren't sure what we had gotten ourselves into. Mordor, that's all we knew. 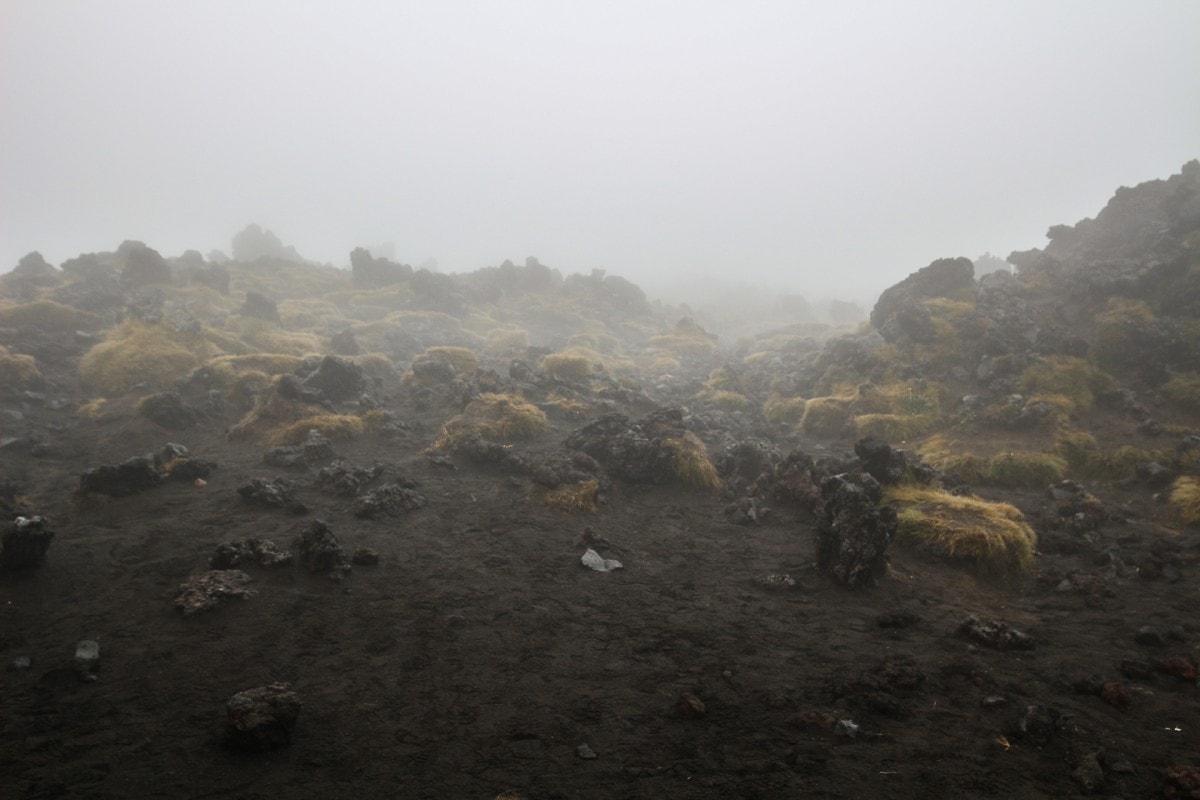 An area famed for it's beautiful views and dramatic landscapes was reduced to visibility no farther than 15 meters (49.2 feet) ahead at times. Disappointing? Yes. An adventure? Of course. Luckily we were prepared! When packing for the Tongariro Alpine Crossing, it is important to pack for any kind of weather. As it's a volcanic chain, the weather could change from sunny and warm to a blizzard in a matter of moments. Despite our weather conditions, David was, of course, shirtless most of the time. 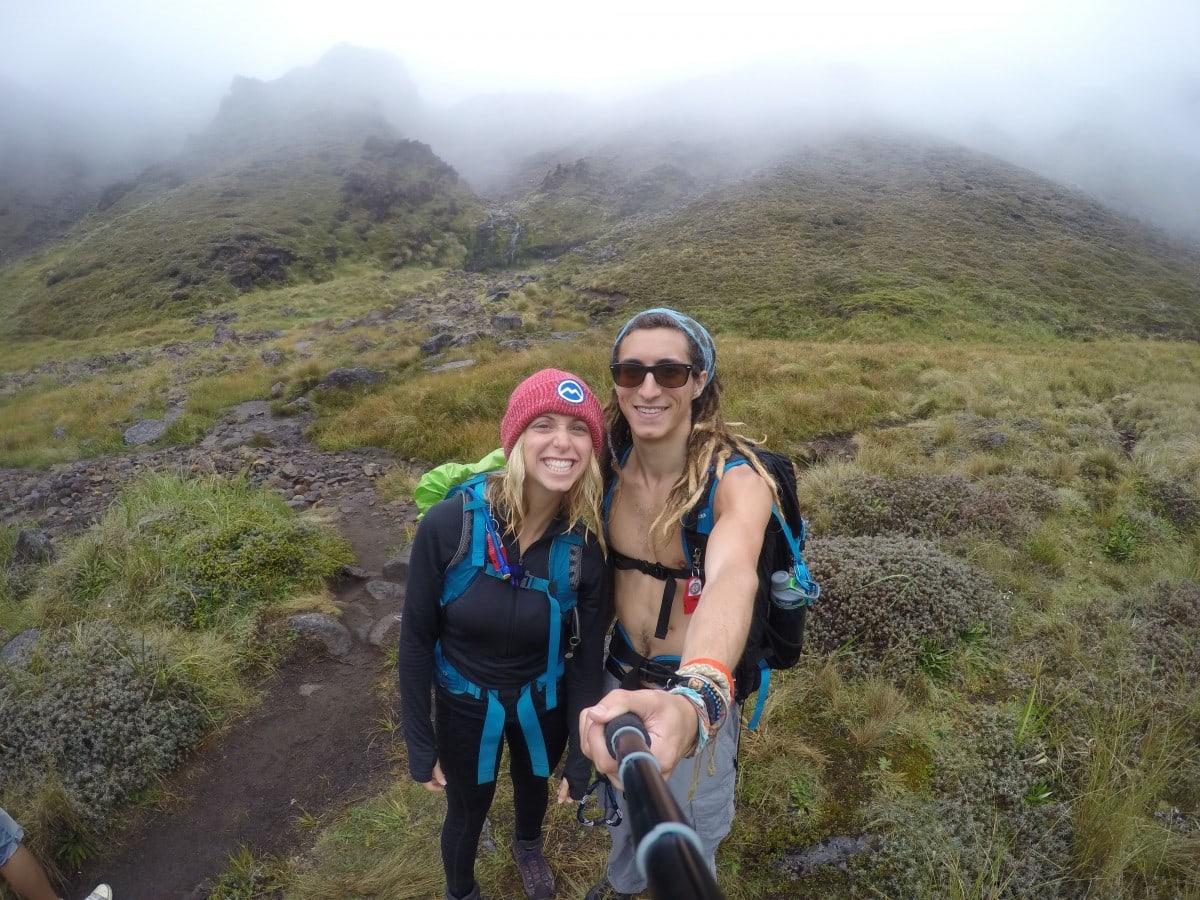 The hike is broken into roughly six sections, with two being particularly difficult: the Devil’s Staircase and the ascent to the Red Crater. The Devil’s Staircase is exactly what it sounds like — an innumerable amount of stairs to climb straight up the mountain face. The ascent to the Red Crater, however, consists of fully exposed volcanic terrain, narrow rocky pathways, and a virtually vertical climb. 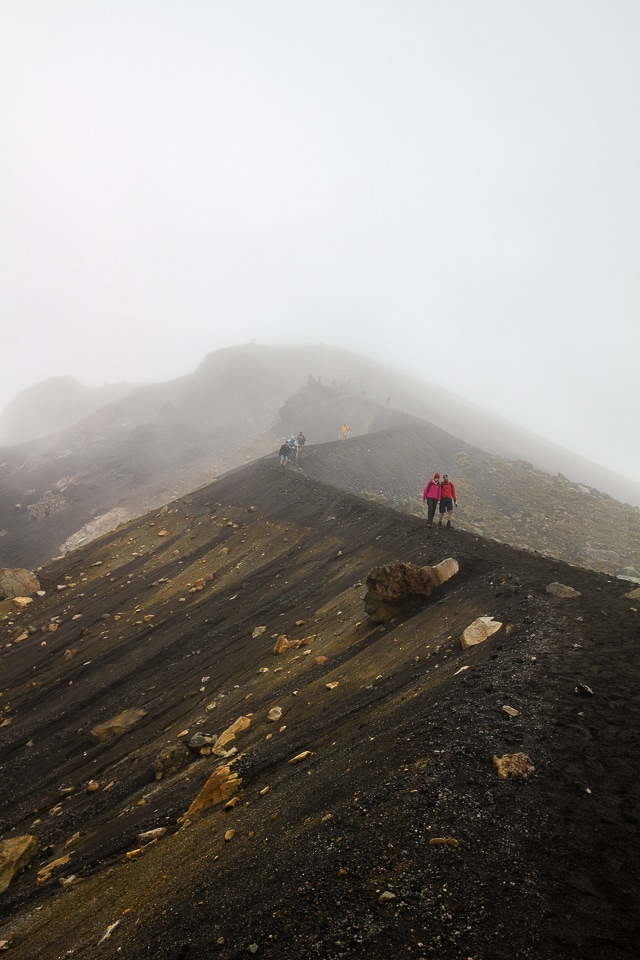 It is possible to detour from the crossing to summit Mt. Tongariro and Mt. Ngauruhoe. Mt. Tongariro is a completely safe summit, while Mt. Ngauruhoe has been deemed unsafe as the loose volcanic soil tends to give way to falling boulders; two people were squashed last week alone. Disappointed that we couldn’t physically summit Mt. Ngauruhoe, we were still determined to mimic Frodo and Sam in their most iconic scene at the base of Mt. Doom. It was the chilliest and windiest section of our crossing. “I can’t carry it for you, but I can carry you!” 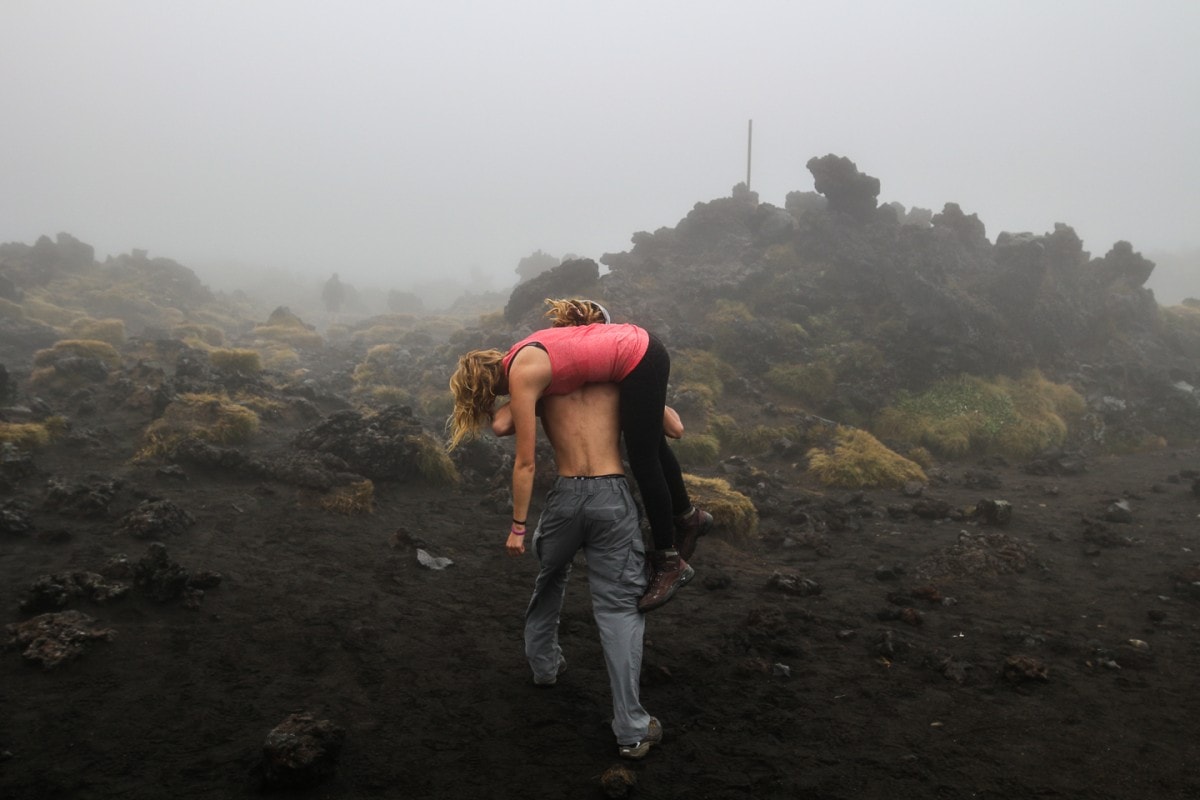 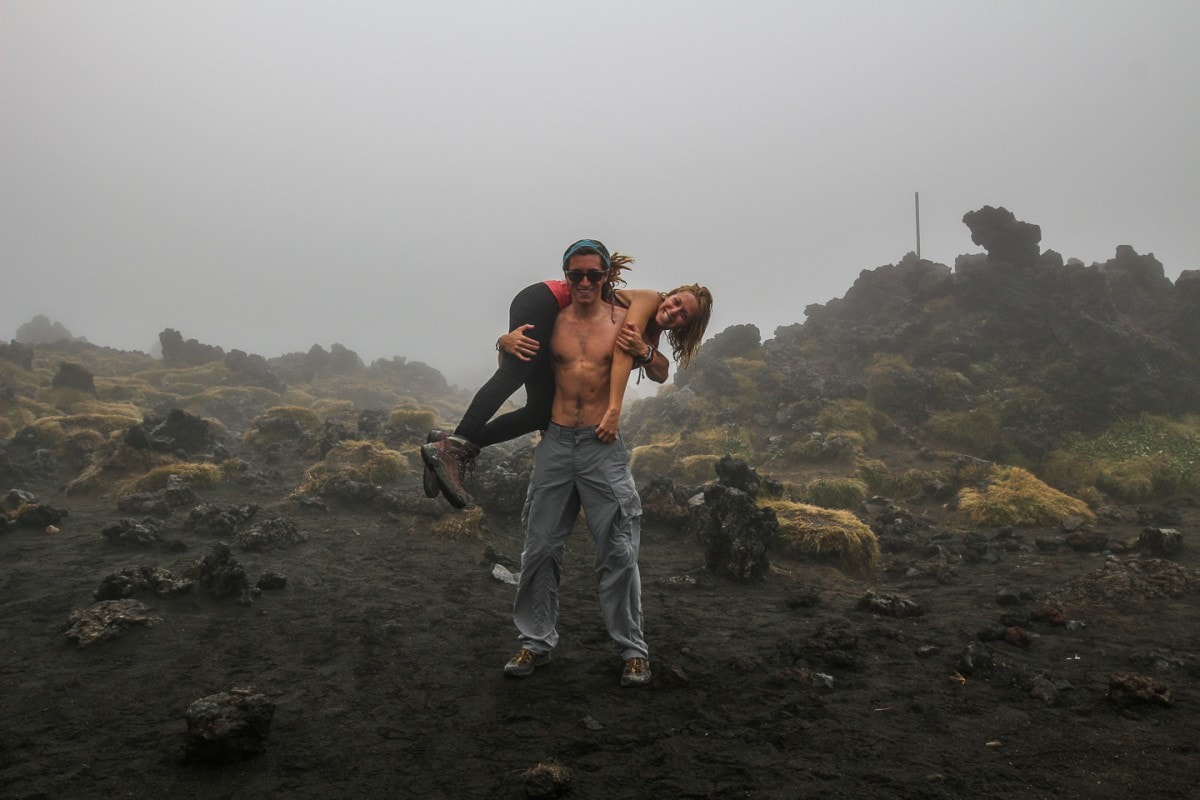 Thrilled and fulfilled, we continued onwards with hopes of being able to see the Emerald Lakes despite the dense fog. The descent to the Emerald Lakes is quite steep and on volcanic ash — we had a small chuckle watching people slip and fall. 5FT Tip: If you dig your heels in and lift your toes up while walking down the face of a volcano, your chances of falling are greatly minimized. By some miracle, when the lakes were supposedly around the corner, the fog lifted for a matter of minutes and provided us with a brief glimpse at the astonishing Emerald Lakes. Even in terrible weather these lakes were beautiful. There was, of course, that slight tug at my heart that the sun wasn’t shining, but what can you do? 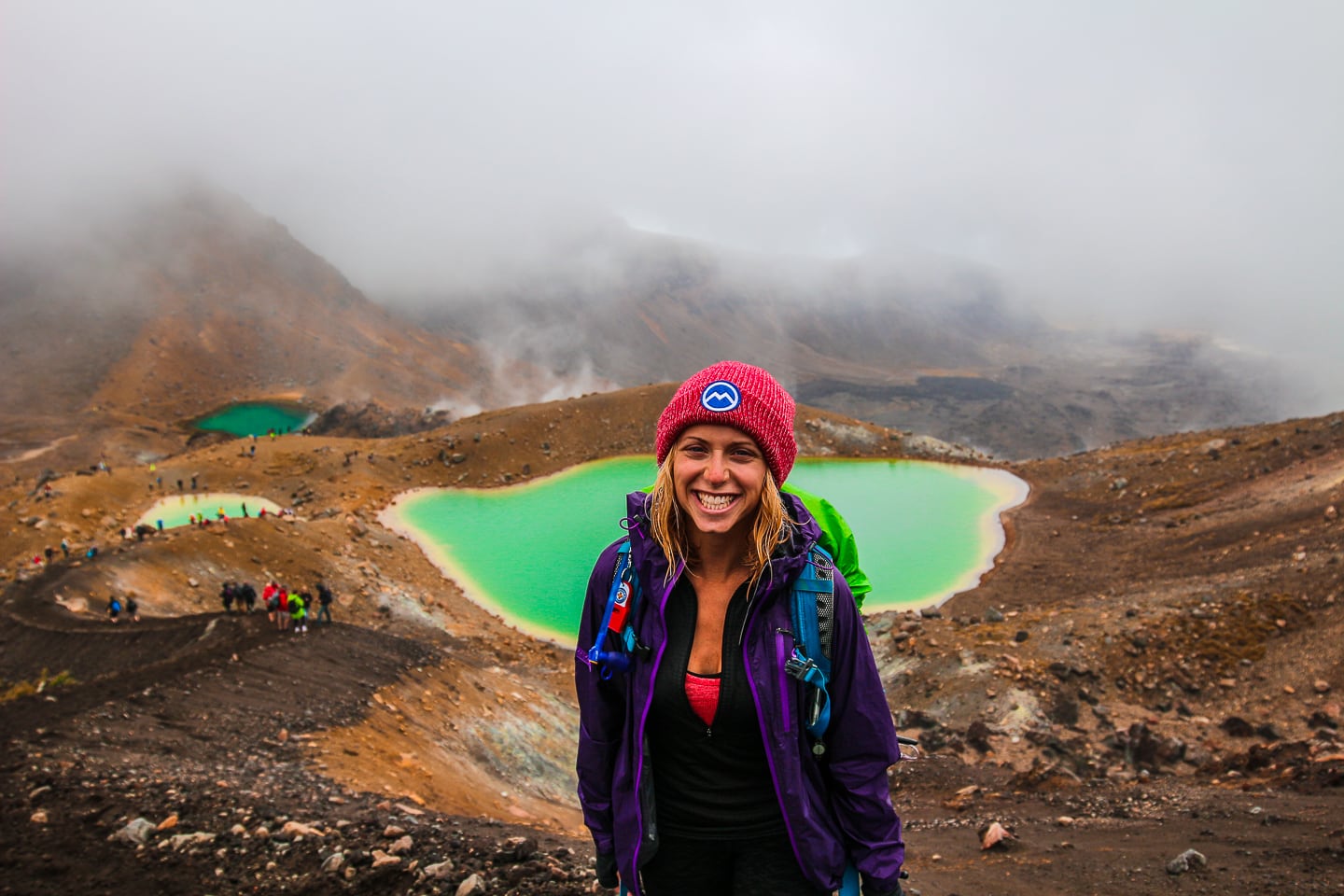 From Emerald Lakes, the rest of the crossing is quite easy and largely downhill. You’ll reach a point where the path starts switchbacking en route to Ketetahi Hut. They will feel never-ending, and this is normal. Once we reached the Hut, David and I decided that we wanted to complete the entire Tongariro Alpine Crossing in under six hours. We didn’t think we could do it, since we were supposedly still two hours from the Ketetahi Car Park, but decided to give it a go anyway. What’d that mean? It meant that we were so psyched that we tackled the difficult sections with relative ease, that we decided to jog down the mountain to beat a personal goal. Mind you, I’m no runner. Long story short, we made it down the mountain in about an hour and eight minutes, and beat our six hour mark by three minutes. Success! 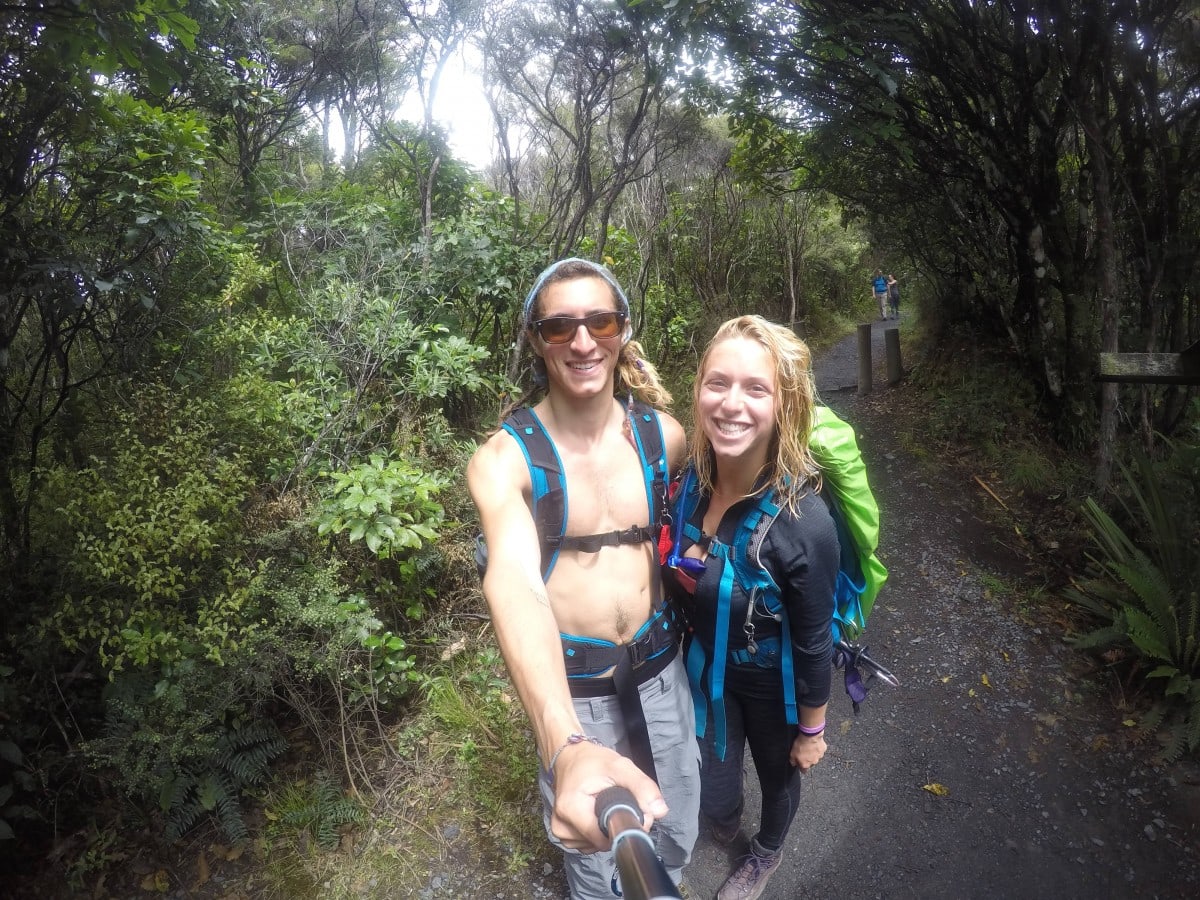 Thoroughly exhausted and exhilarated, we were excited to head back to The Crossing Backpackers for a nice soak in their hot tub. Despite the poor weather, we still greatly enjoyed the hike itself — I can only imagine just how beautiful it is with good weather. I guess I’ll just have to go back, right? 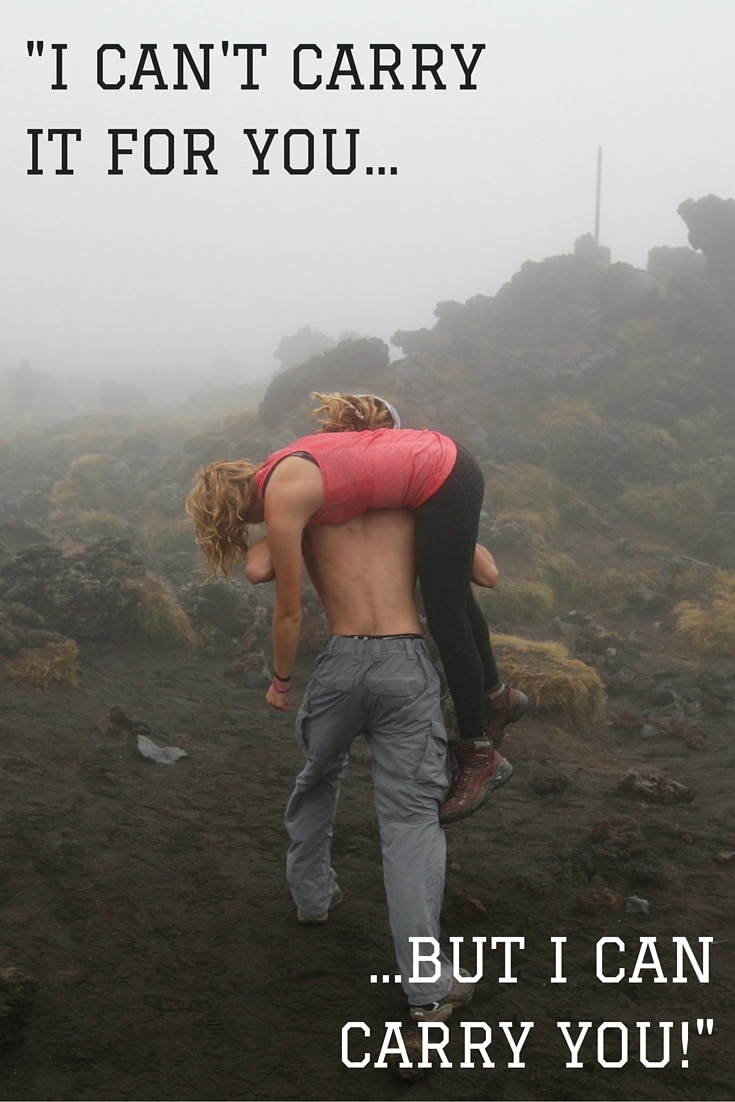