I have a confession to make: I hadn’t done much cruising until this year. I’ve cruised down the Yangtze River in China, explored the Galapagos Islands, and ventured down to Antarctica via the unpredictable Drake Passage, but that’s about it (even though those are some pretty incredible destinations). I’ve wanted to break into the cruise industry for a while though, and have decided to dedicate 2019 to exactly that… starting with the incredible Caribbean Celebration Cruise onboard Windstar’s Windsurf with John Delaney (the President of Windstar Cruises) and Bill Panoff (the CEO of Porthole Cruise Magazine). Psssst – Windstar’s Wind Surf is the largest sailing vessel in the world! 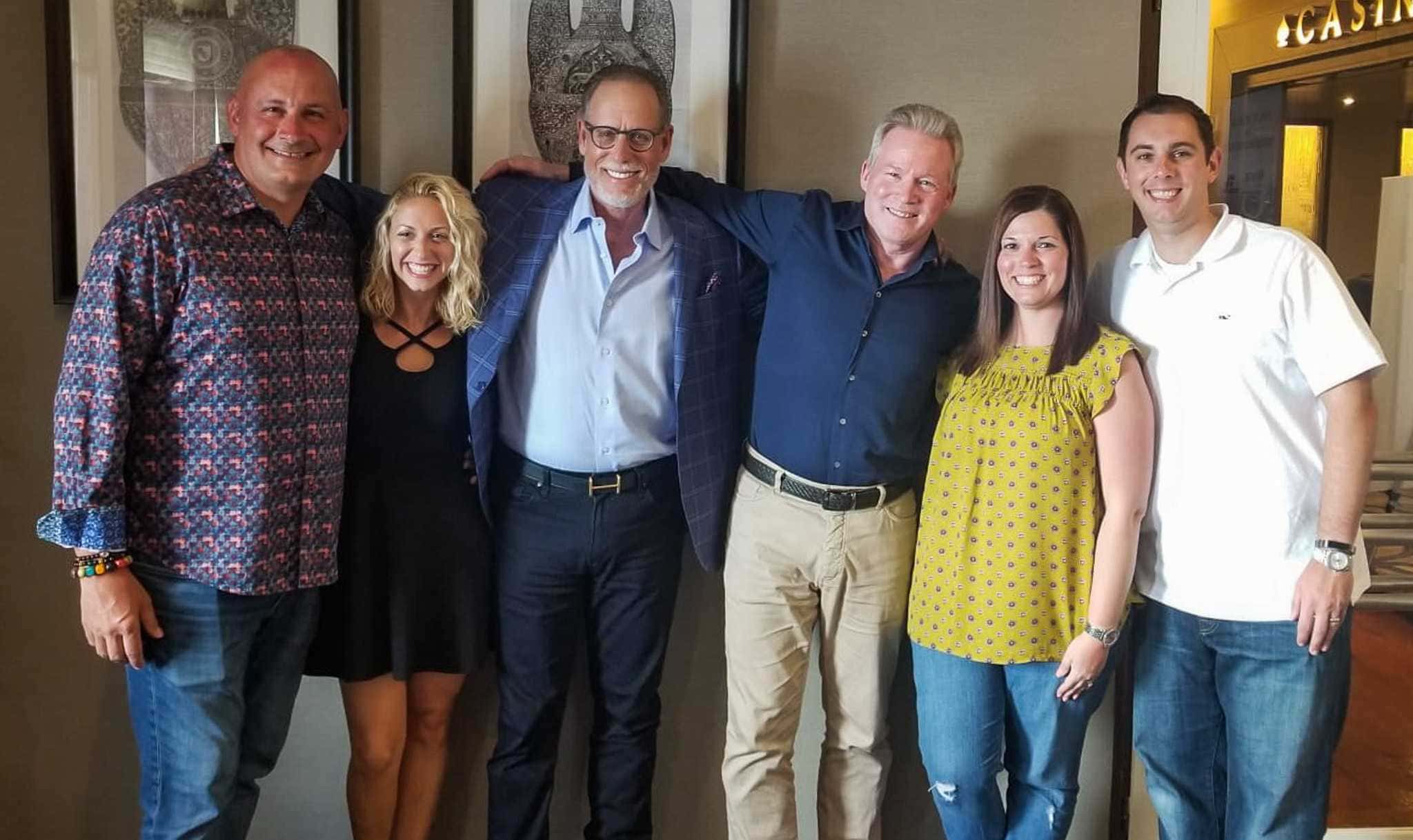 Windstar prides themselves on being small ships, with Windstar's Wind Surf holding just 310 guests and having a staff to guest ratio of 1:1.5. Because of this, Windstar has the ability to get into smaller ports and reach hidden harbors off-limits to larger ships. This enables more authentic experiences and brings you closer to the local culture. Whether you decide to join one of their small shore excursion groups, book a private tour, or go off exploring on your own, there’s certainly something for everyone. From Windstar’s immersive approach to their locally sourced culinary experiences, intimate travel experiences, and secluded beaches, you’re bound to find fresh new perspectives of these otherwise iconic destinations. They don’t call themselves “180 Degrees from Ordinary” for nothing! 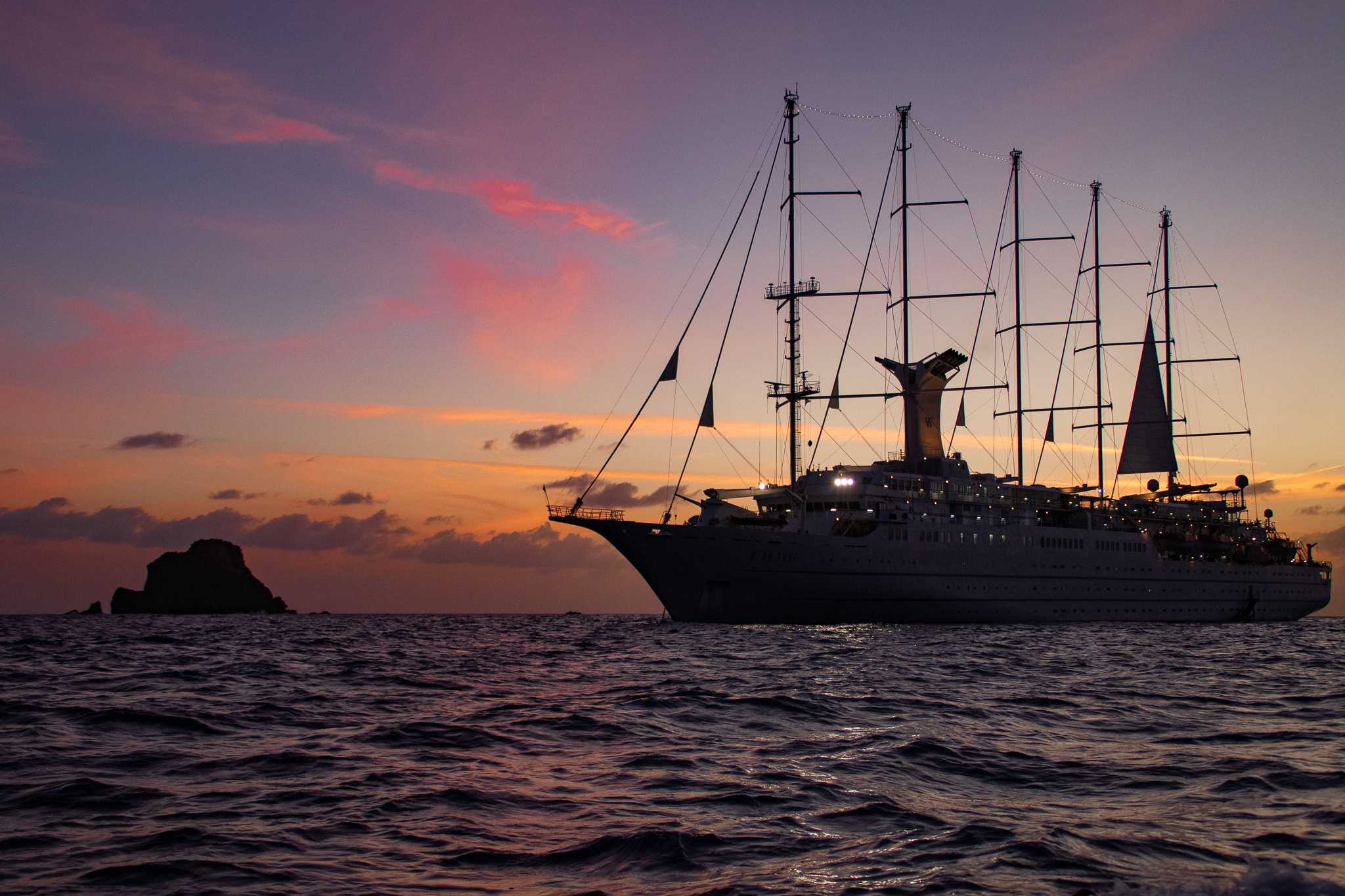 I’m not one to sit around and lounge all day though, which is why I wanted to share with you 5 things to do in the Caribbean on Windstar’s Wind Surf!

1. Swim with the Stingrays in Antigua.

It is said that Antigua has 365 beaches, one for every day of the year. I wonder if it’s possible to actually visit a different beach every day? While we certainly didn’t have time to do that on our 7-Day Windstar Cruise, we checked out arguably Antigua’s most popular activity: Stingray City. I’ve actually wanted to swim with stingrays since I was 6 years old, so it was amazing to finally check that one off the bucket list! We journeyed from Falmouth Harbour to Stingray City in a comfortable van, hopped on a speedboat, and jumped into the bluest of blue waters. Before we knew it, we were surrounded by beautiful, slimy stingrays. Each guest has the ability to swim with them, snorkel with them, and even feed them… isn’t that amazing?! Check out this shot that DNC Media captured… 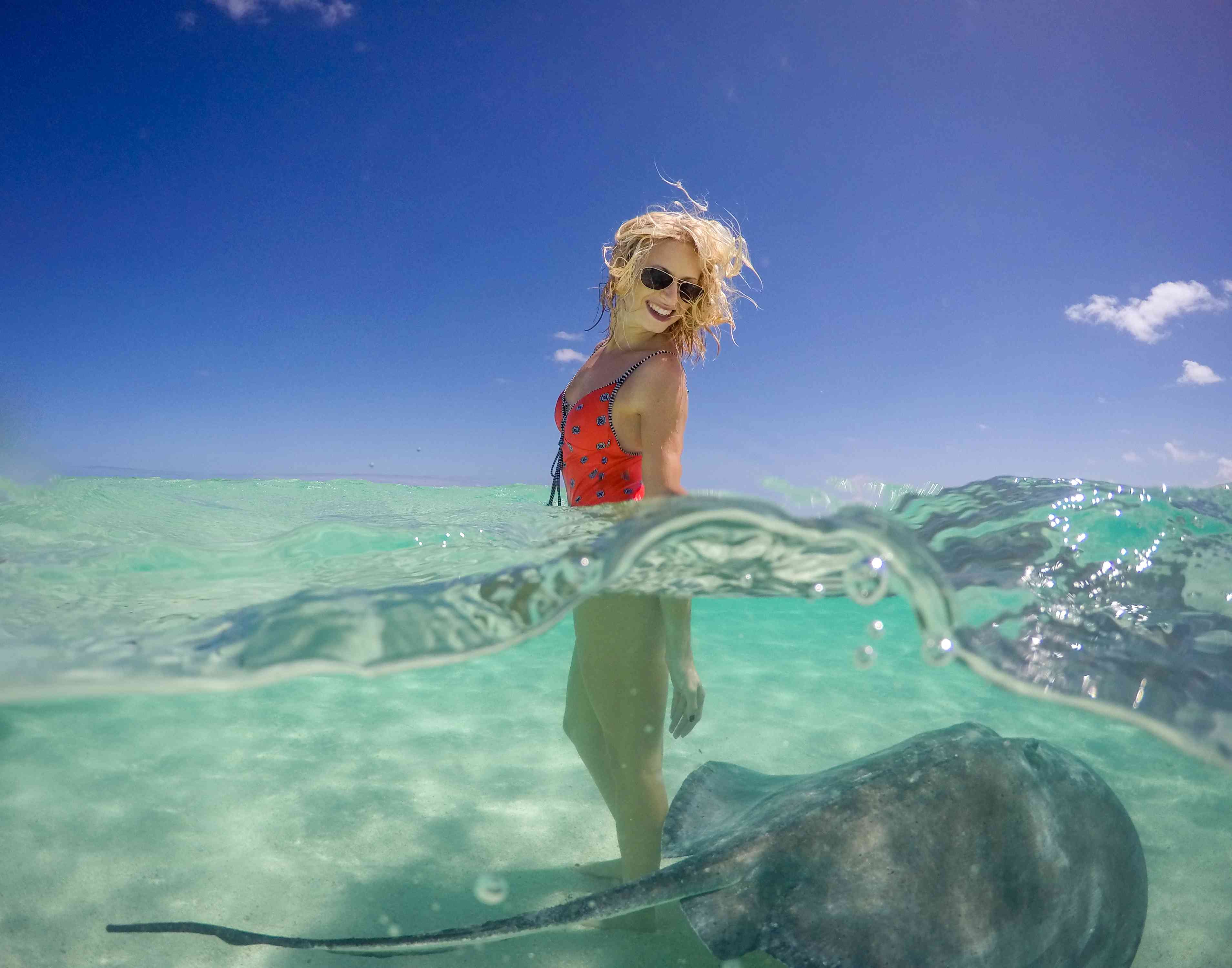 2. Join a Canopy Tour in Tortola.

Tortola is the largest and most populated of the British Virgin Islands. From the lush vegetation to the tropical birds and flowers, this island makes for the perfect location for a Canopy Tour. A Canopy is both quieter and safer than a zipline, but of similar nature (quite frankly, I wouldn’t be able to tell the difference between the two). Aside from the thrill of the Canopy itself, there are some pretty lovely views from the site too! This would be a great excursion for families of all ages, as we had kids aged 10 to adults aged 75 on our tour. 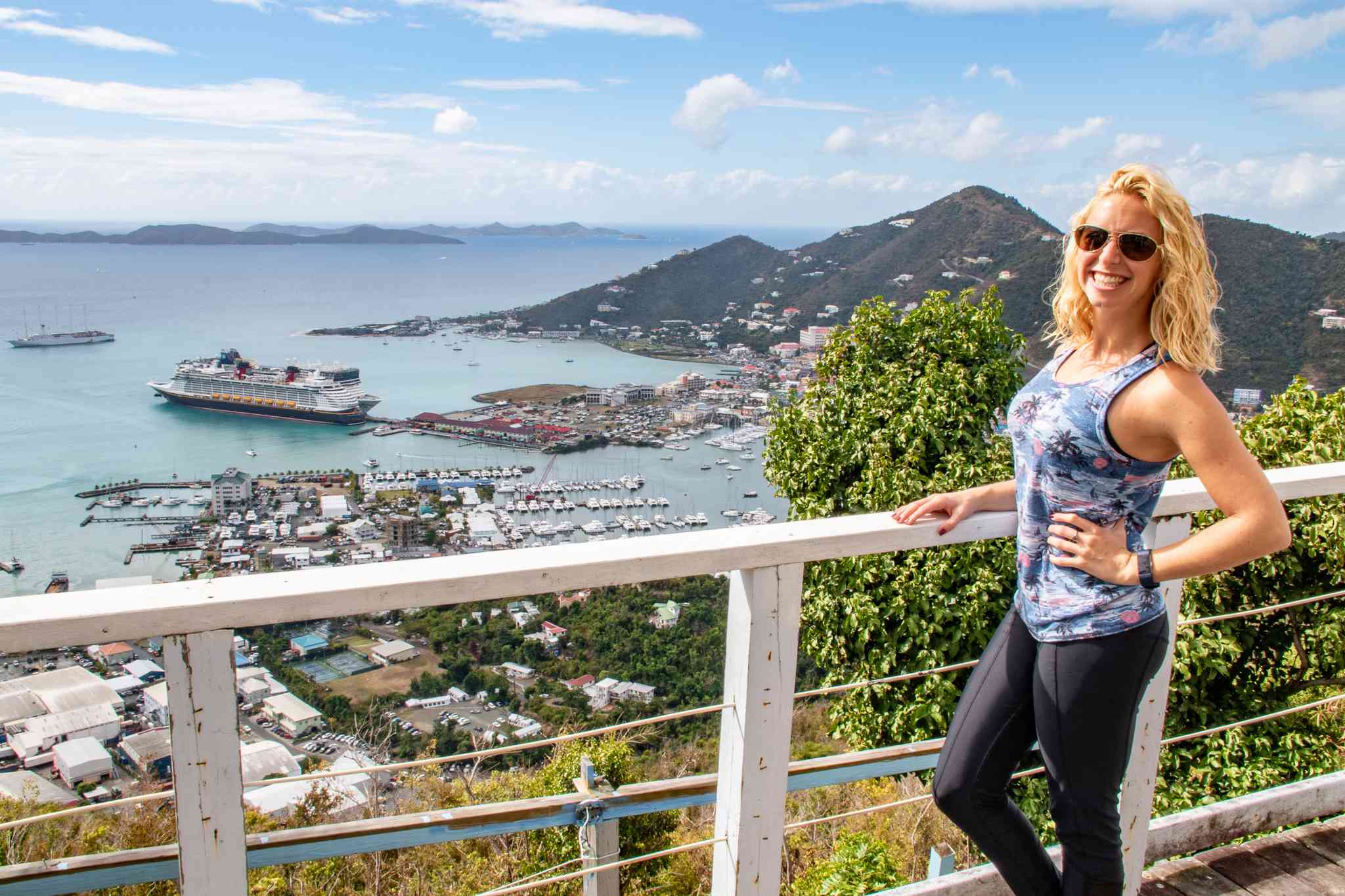 3. Sail on a Deluxe Catamaran around St. Barth’s.

St. Barth’s is famed as the Caribbean getaway for celebrities, and known for its mega-yachts sitting in the harbor. We had our own private catamaran for three hours that sailed us to “Pointe de Colombier” and it’s sheltered bay. The water was glistening in the sun as we had the opportunity to sunbathe, snorkel, swim, and soak up the sun on the trampoline net. They served light snacks and rum punch, as well. When you get back to port, I highly recommend taking a stroll around downtown St. Barth’s and do some (window)shopping! Thanks to DNC Media for capturing this epic shot! 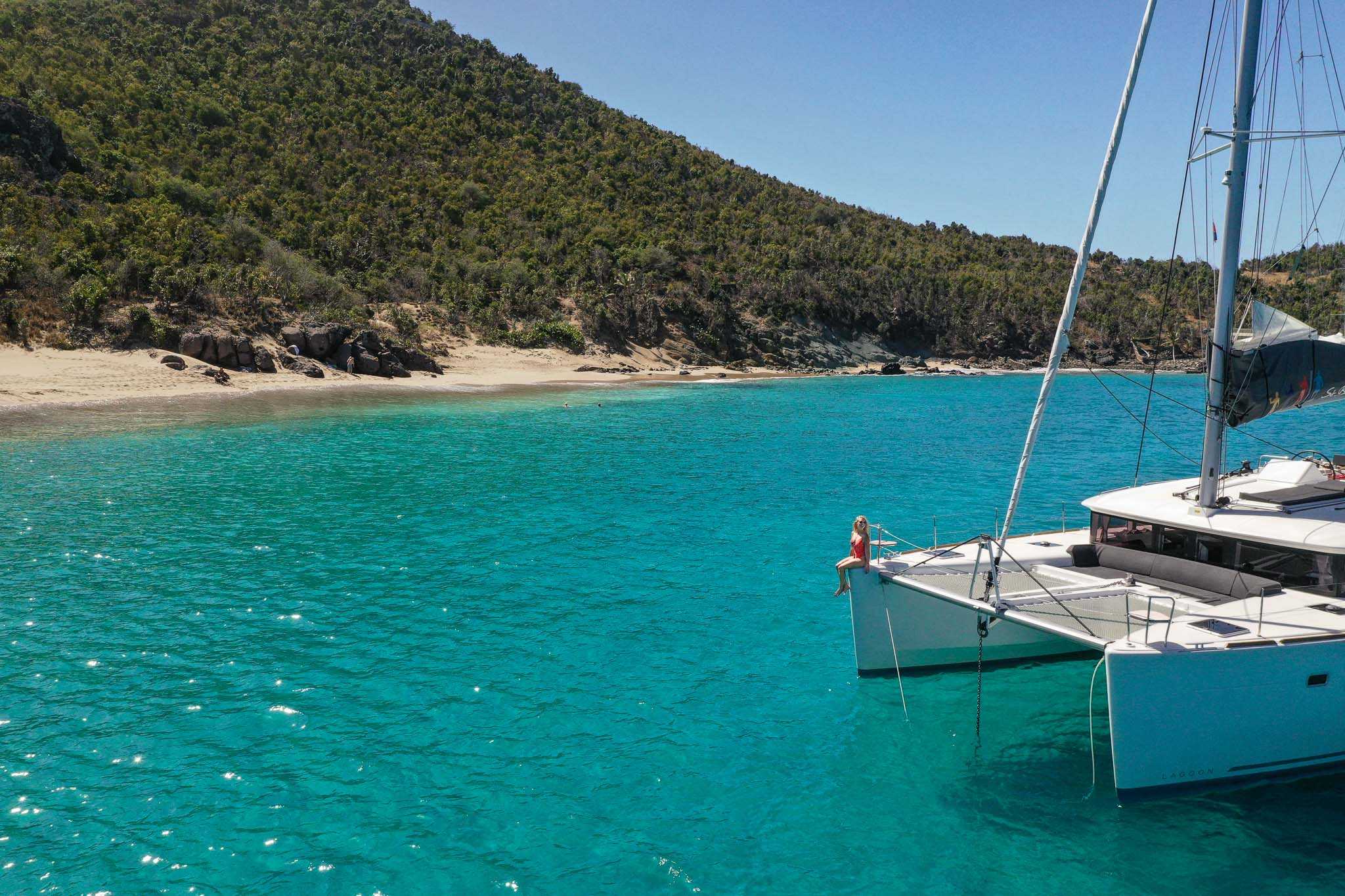 4. Hop on an Island Tour of St. Maarten.

St. Maarten/St. Martin is the World’s smallest island owned by two sovereign nations: The Dutch and the French. The inconspicuous border between the two was established in 1817 and I wouldn’t have known we had crossed from one side to the other if I hadn’t been told. St. Maarten/St. Martin has some of the most beautiful, crystal blue water that I’ve ever seen. There are many incredible beaches, local musicians, and tasty eats. St. Maarten may be best known for its close proximity to the airplanes landing at Princess Juliana International Airport; you could virtually walk up to the runway and, because it’s so short, the planes fly a mere 10-20 meters (30-60 feet) overhead on the nearby Maho Beach. Pretty crazy! 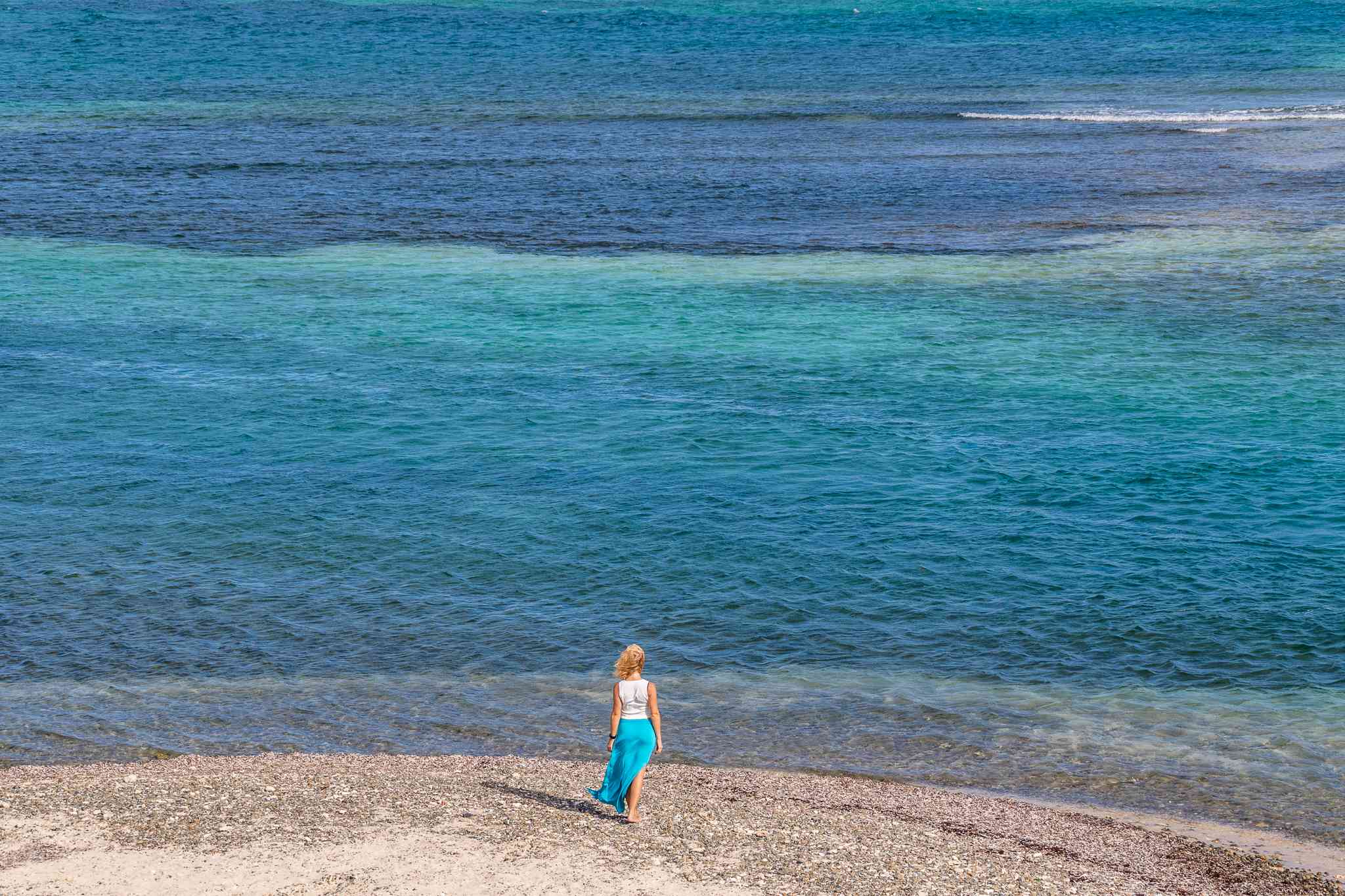 Whether you’re pampering yourself at the spa, testing your stamina (or lack thereof) on the water trampoline, or eating your heart out, you’re bound to find plenty of ways to relax onboard Windstar’s Wind Surf. Windstar prides themselves as offering “relaxation mixed with exhilaration,” and I can honestly say that they achieved that. I spent ample time at the water sports platform off the back of the ship, ate at every restaurant on board, and even got myself a 90-minute Swedish massage. I’d call that a success! 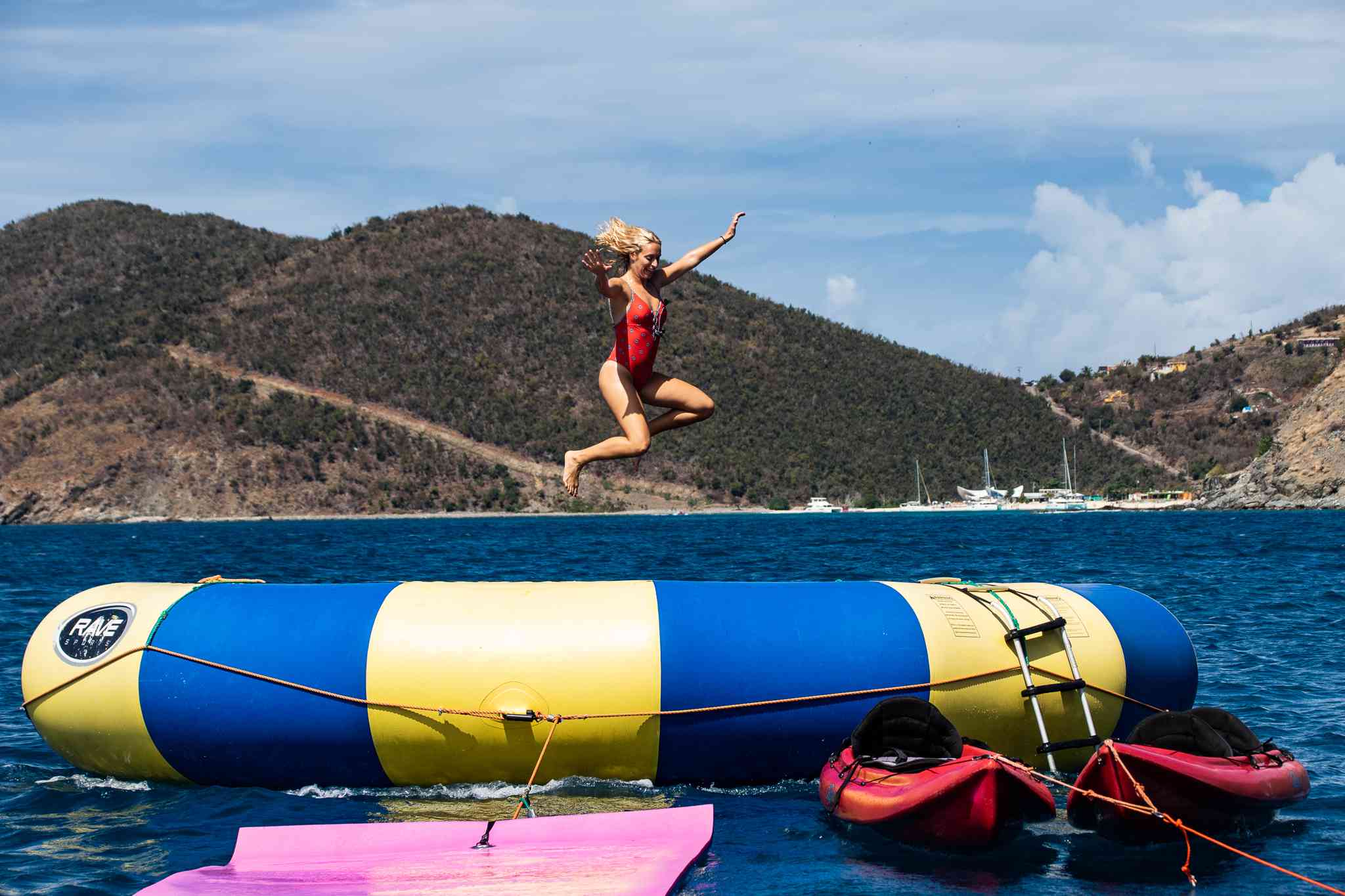 And with that, our weeklong Caribbean Celebration Cruise onboard Windstar’s Wind Surf came to an end. Windstar Cruises operates a six-ship small sailing fleet and you can find them visiting ports in nearly 80 countries! Which Windstar Cruise are you most looking forward to taking? I’m personally eyeing “Twice the Tahiti” and the “Star Collector: The Grand Oceania” voyage. Let’s see where I end up next! 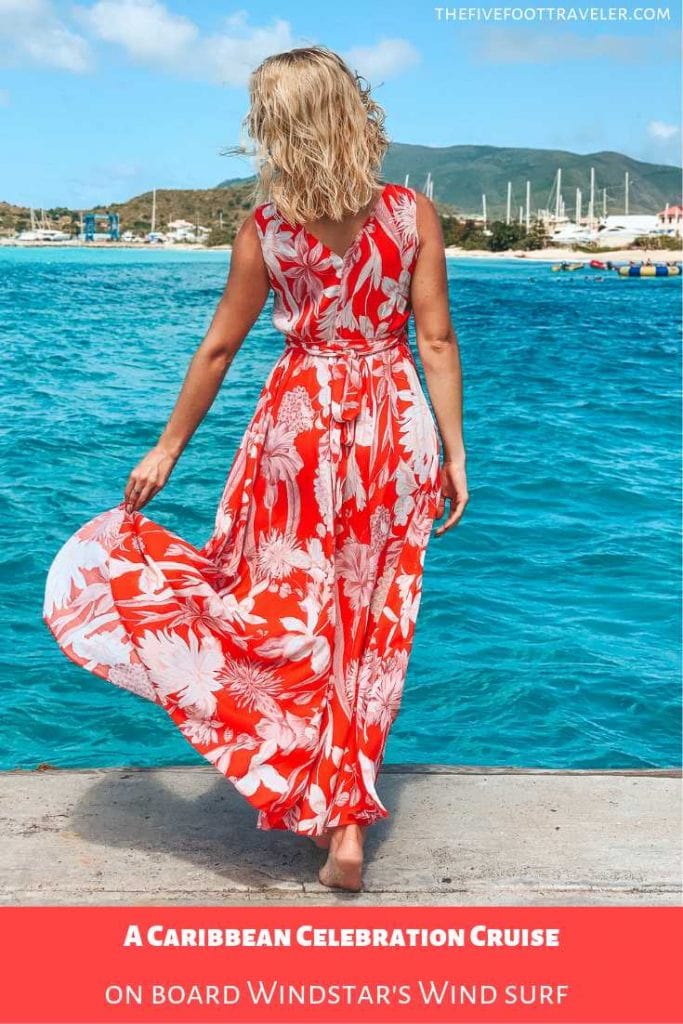