We awoke bright and early to depart Bled and drive up the Vršič Pass, through the Soca Valley, to Bovec. I knew that this drive had the potential to be stunning, as long as we had clear skies. Luckily, we did! What I didn’t expect was just how cold it would be up in the mountains. I can’t say I was the happiest person when I realised that it was around 30 degrees Fahrenheit (-1.1 Celcius) and windy — thankfully I was well-prepared and brought backup layers! To begin the Vršič Pass, you will officially enter Triglav National Park! It consists of 24 hairpin turns up, and 26 hairpin turns down. 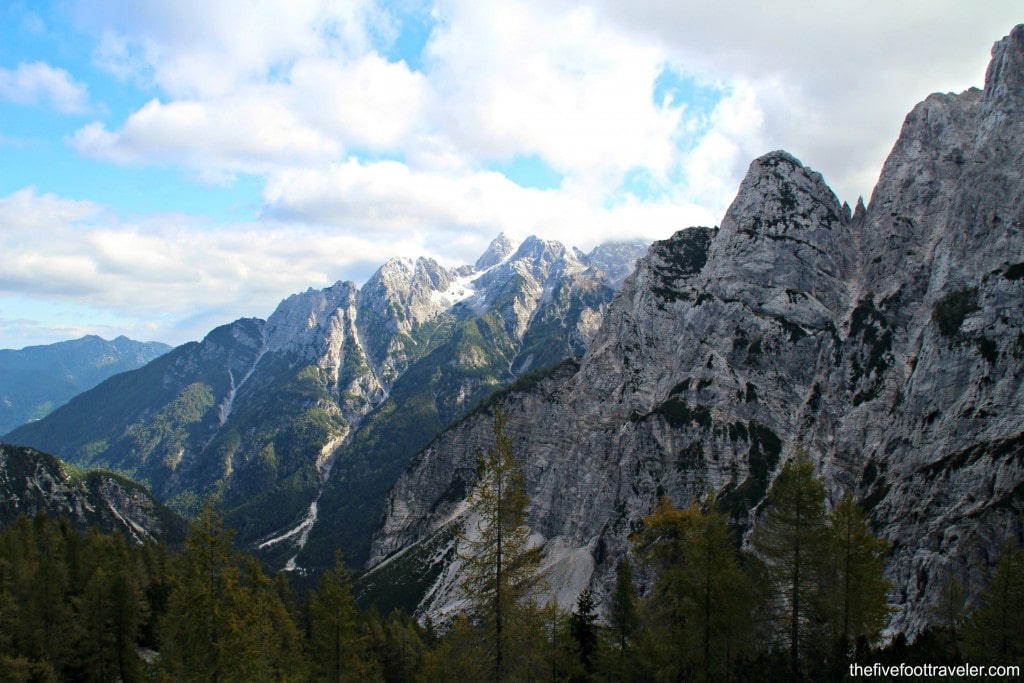 It is important to note that there is so much more to the Vršič Pass than just winding through the mountains. It has quite a bit of significance to World War I, and still has many remnants of those times. According to a marker on the trail, the path over the Vršič Pass was used by the people of Trenta when they wanted to do some shopping in Kranjska Gora or Villach or go to a fair or even see a doctor. The Vršič Pass was referred to as Mojstrovka during WWI, and was widened in 1909 in order for the path to meet the needs of timber skidding and transport. When Italy entered WWI and the Soca Frontline opened, it was necessary for the expansion of the Vršič Pass, and over 10,000 Russian prisoners of war began constructing the road. Due to the threat of avalanche, special anti-avalanche fences were constructed, but unfortunately, they weren’t enough. In 1916, an avalanche killed 300 Russian prisoners and Austrian guards.

During the First World War (1914-1918), the Vršič Pass was an important route and provided roads for military passage. In 1916, the Russian prisoners built a wooden chapel on the side of the road in memory of those who died during the avalanche. Our first stop along the Vršič Pass was this Russian chapel and burial ground, located at bend #8. 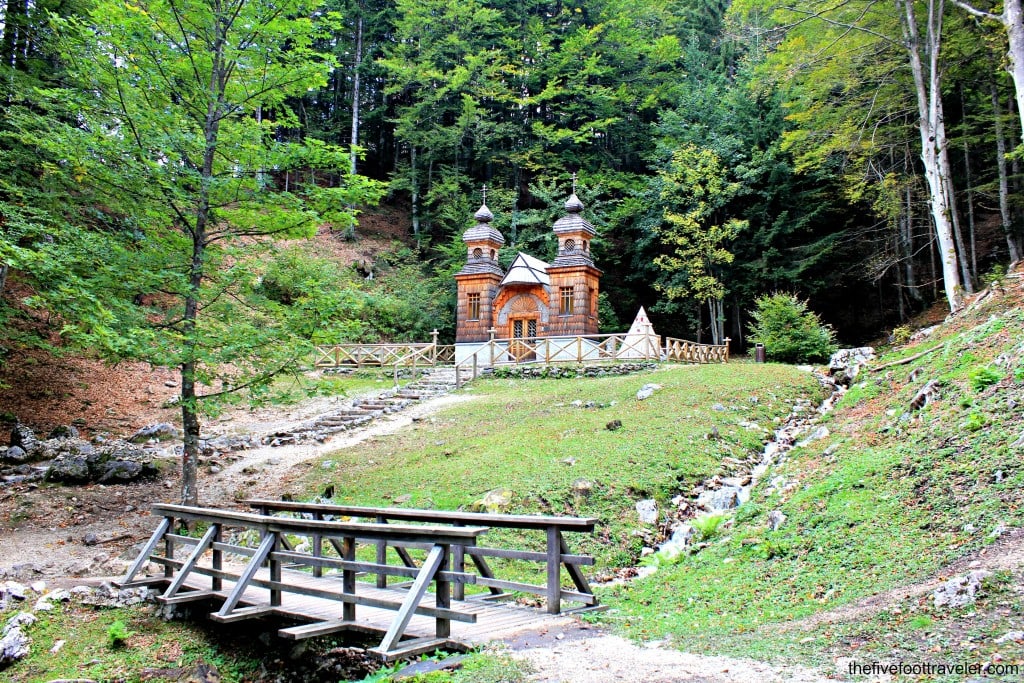 There are many beautiful pullover spots throughout the drive, so make sure to give yourself time to explore.

At bend #22, you will see the “Pagan Girl” carved into the rockface. According to the plaque, legend has it that the Pagan Girl is an image of a petrified pagan giantess. She was a kind and warm-hearted woman who would help mountaineers, and people transporting goods, find their way home through the snow blizzards to Trenta. She was also a fate deity who was able to foretell the destiny of a newborn, saying that he would become a brave hunter, unrivalled by any other — that he would shoot a white chamois with golden horns, sell the horns, and become incredibly rich. Supposedly, when the other Fates heard of her prophesy, they cursed her and she turned to stone. 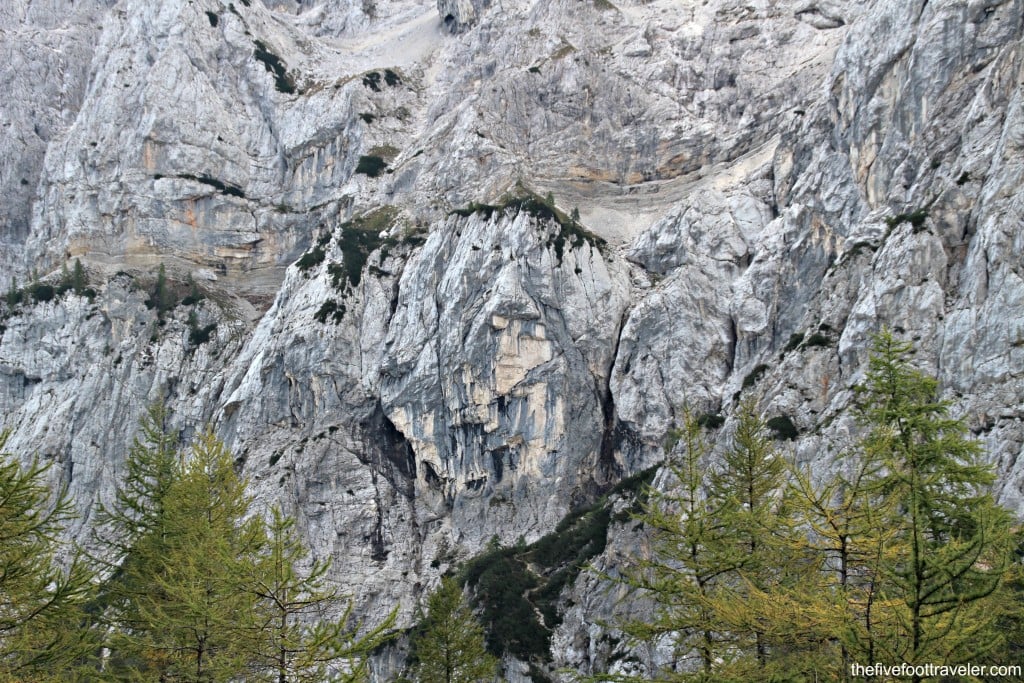 At bend #24, I highly recommend the 20 minute uphill hike to Postarski Dom for breathtaking views. We did have some trouble finding the trail, since it’s not exactly at the bend. Drive a bit further up the road, and you will see both a cabin and parking spots. Park there, and you will see a sign for Postarski Dom. Despite the fact that it was absolutely freezing, the views were truly incredible and it was well-worth the pitstop. 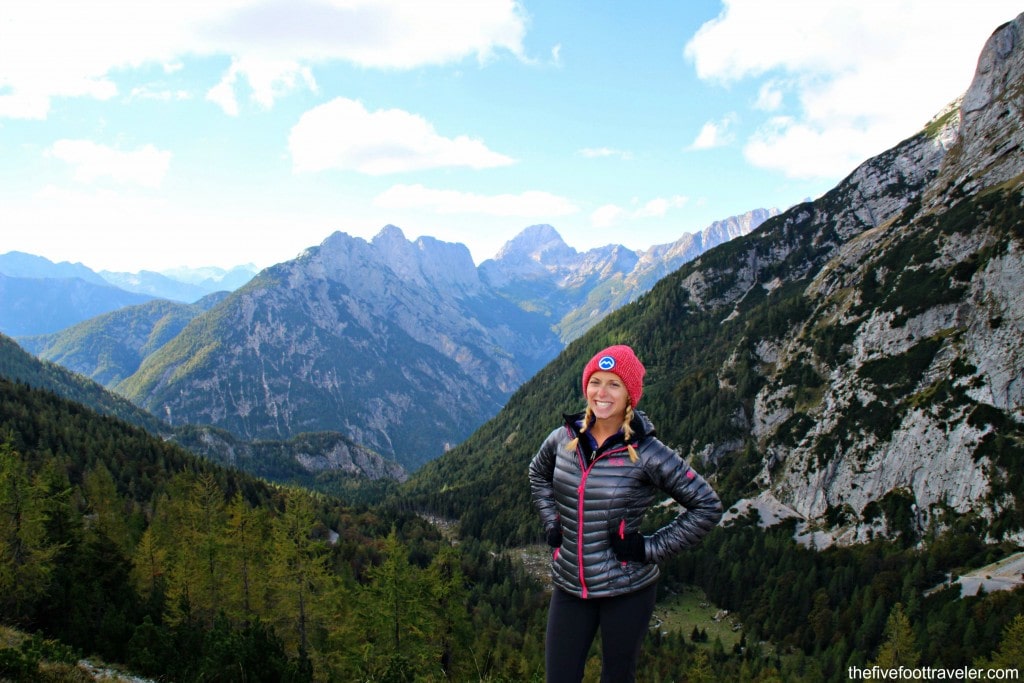 Up there, you will also find the remnants of WWI bunkers and a telpher cable-car line. 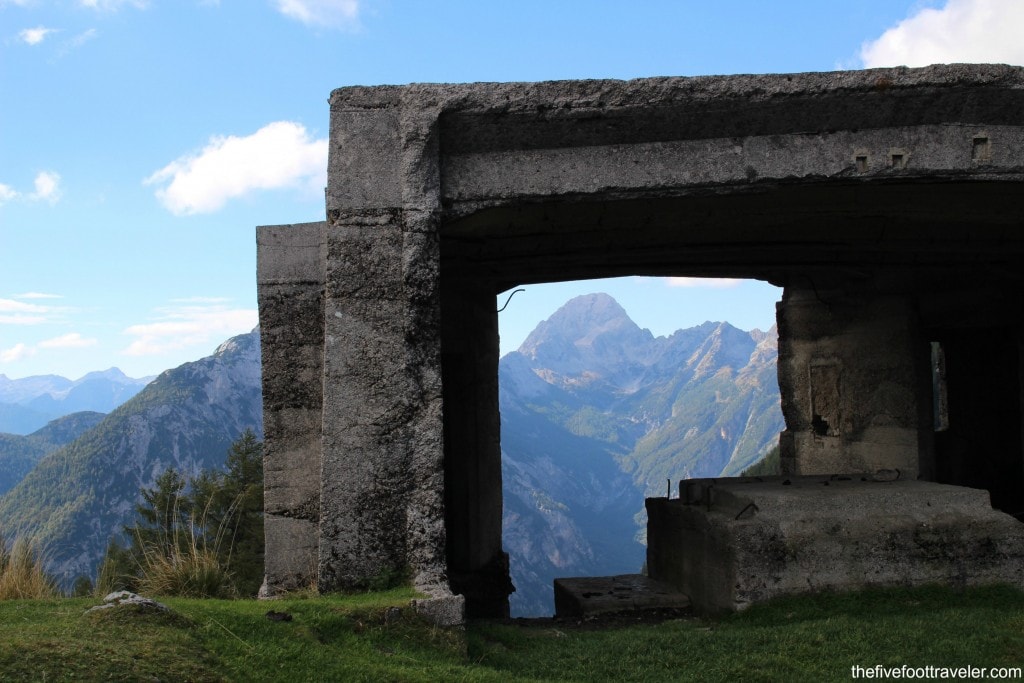 Continuing on, shortly after bend #28, you will pass a tunnel marked 1916 on your left-hand side. While we didn’t walk entirely through the tunnel, it seemed like it went a decent distance; it was part of the road's original path. 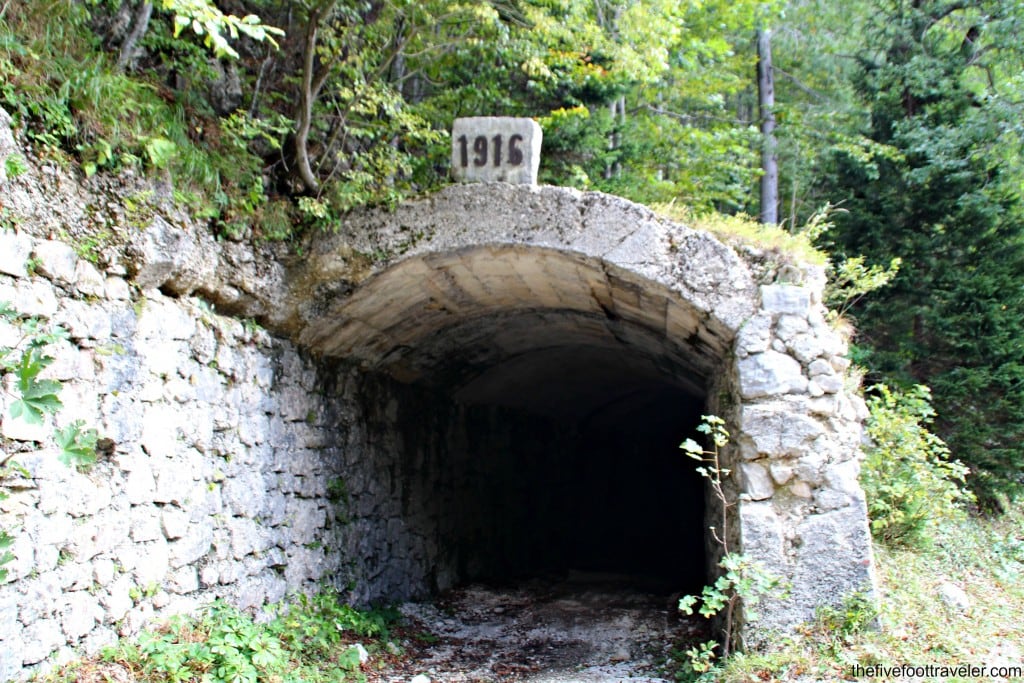 Right after the tunnel, you will find a turn off on your right that offers gorgeous views of the Soca Valley. 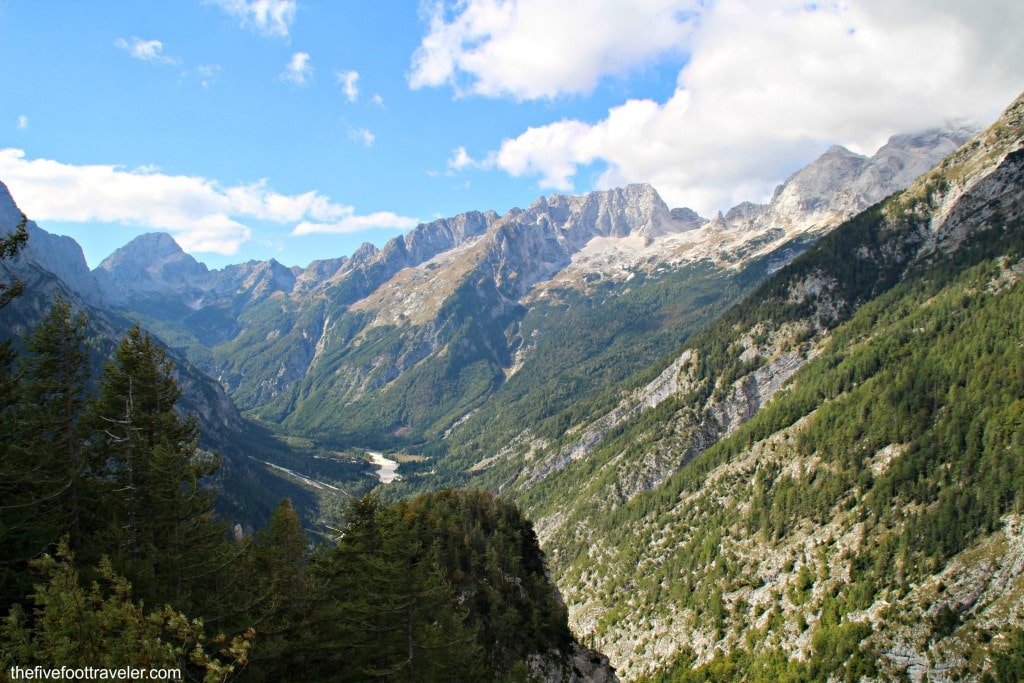 What I had heard about the most, in regards to the Vršič Pass, was the Source of the Soca, located at bend #49. Take the road at that bend and drive five minutes down the road to a restaurant parking lot. From there, there are signs directing you to the Source of the Soca. Once halfway up the trail, it becomes extremely narrow and you have to hold on to the metal bars secured in the rock in order to access the Source. 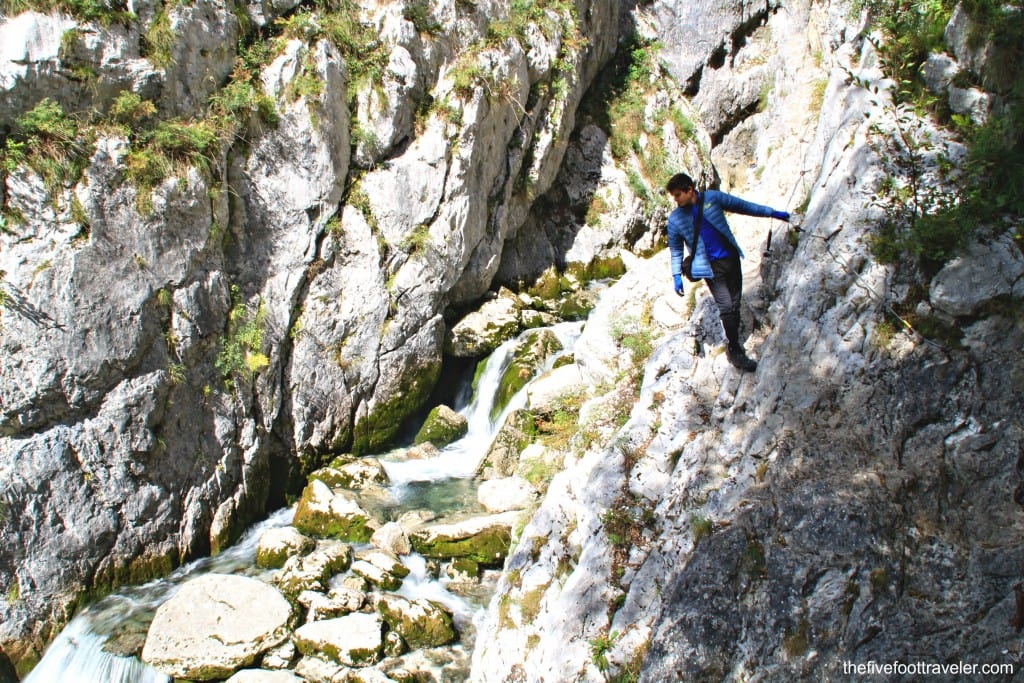 Not for the fainthearted, or uncoordinated. It is pretty remarkable to see though – the water is so clear that you can barely even tell that it’s water! 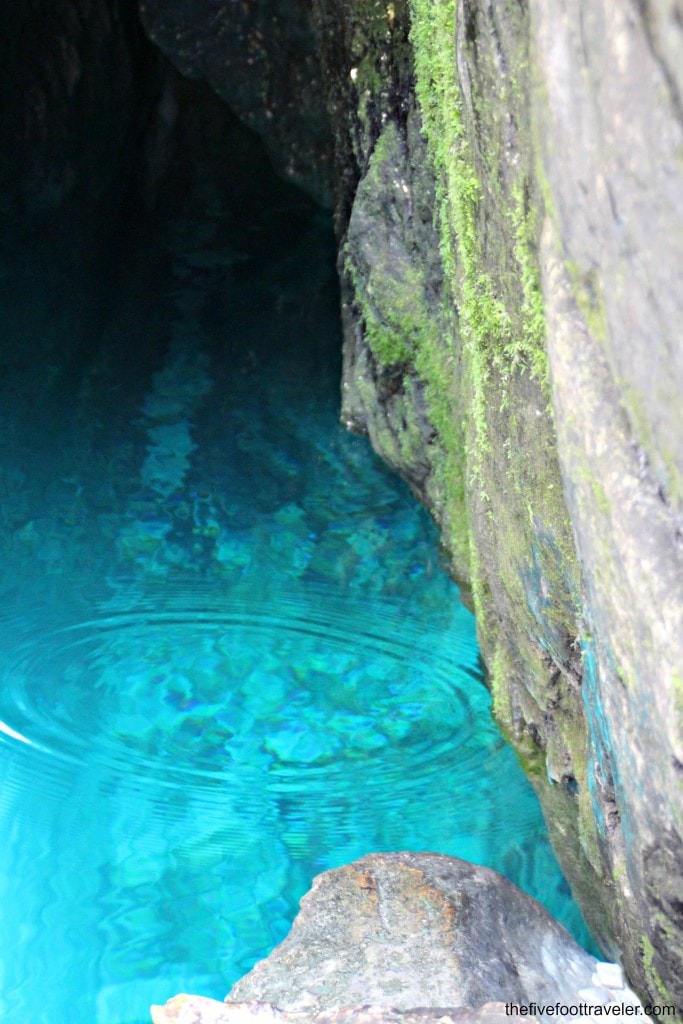 From the Source of the Soca, continue onwards toward Bovec, but be sure to stop a bit down the road for a great view of the Soca! 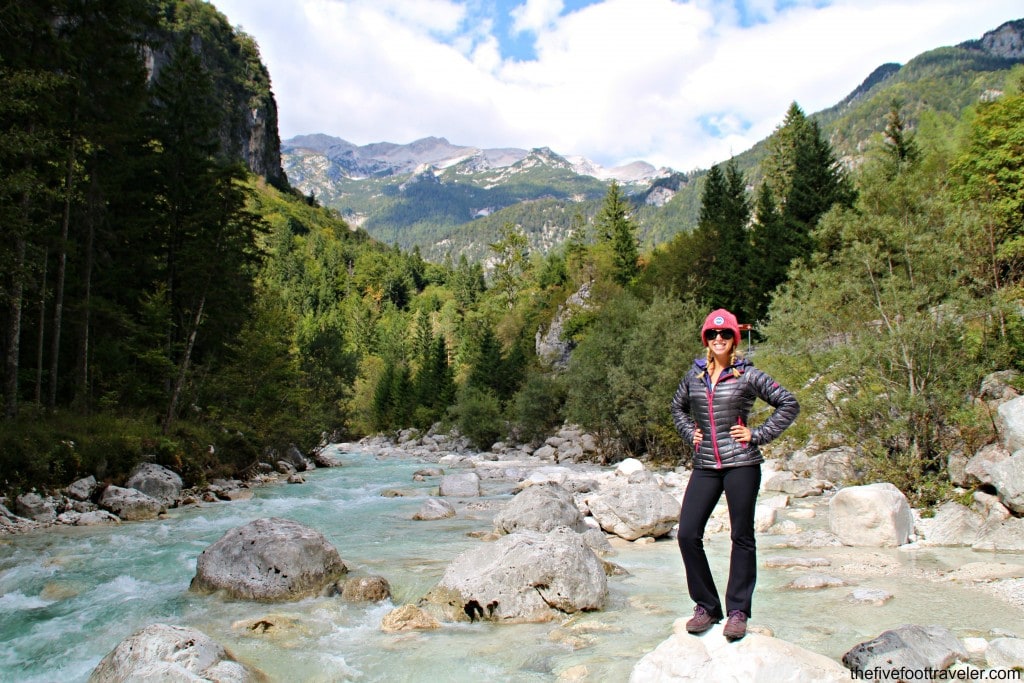 We kept driving in our Opel Corsa, passing by suspension bridges and “the Grand Canyon of Soca.” I don’t think I will ever see water more blue than that of the Soca. 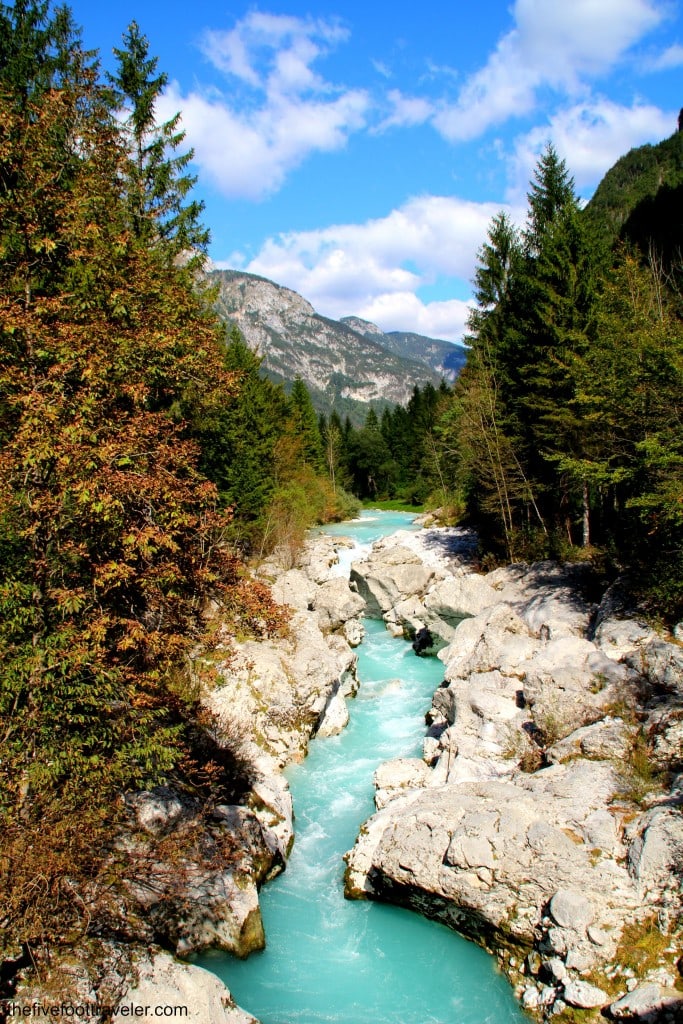 About five miles after the town of Soca, you will pass a WWI graveyard on your left; Austro-Hungarian soldiers from several cemeteries were transferred to this graveyard and more than 600 soldiers are buried here. The graves are interspersed throughout the cemetery, but only a quarter of them are marked with concrete headstones. 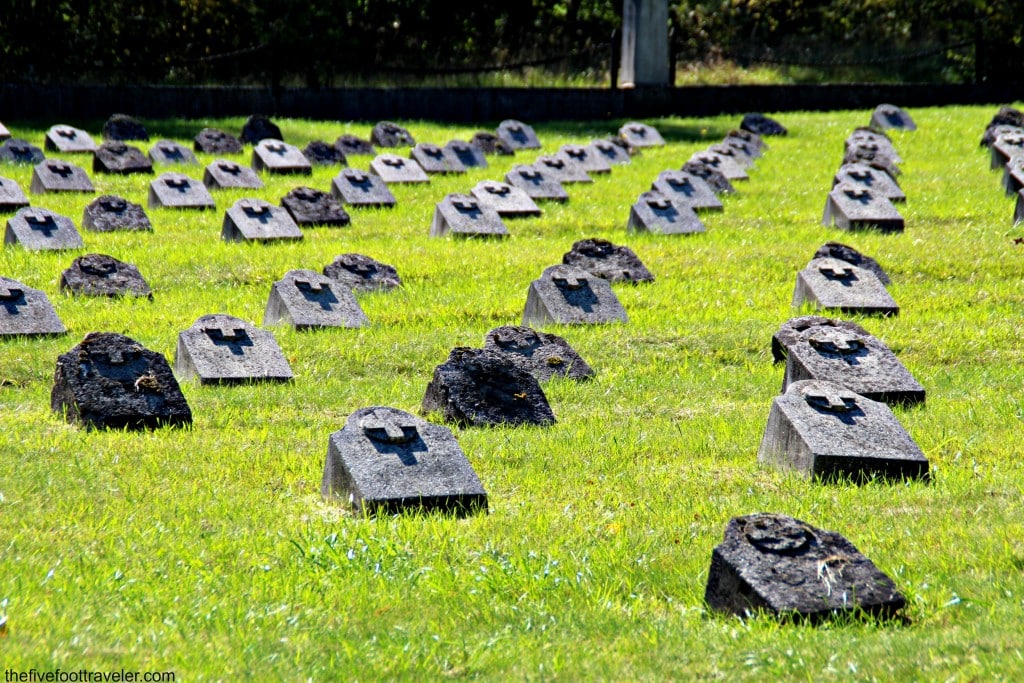 Following the graveyard, the road will fork, and I recommend taking a two mile detour toward Kluge Fort, a fort used by the Italians in WWI to defend themselves from the Ottomans. This doesn’t take long, and I’d recommend skipping the museum (unless you’re a huge WWI buff).

Once finished, backtrack to the main road and watch for the tiny gravel parking space on the left — it is marked with a small, difficult-to-see, green sign. Ten minutes up the path, you will find old WWI bunkers and trenches. While they all more or less look the same, it was a really unique experience, and something you can’t witness everywhere! Most definitely worth it. 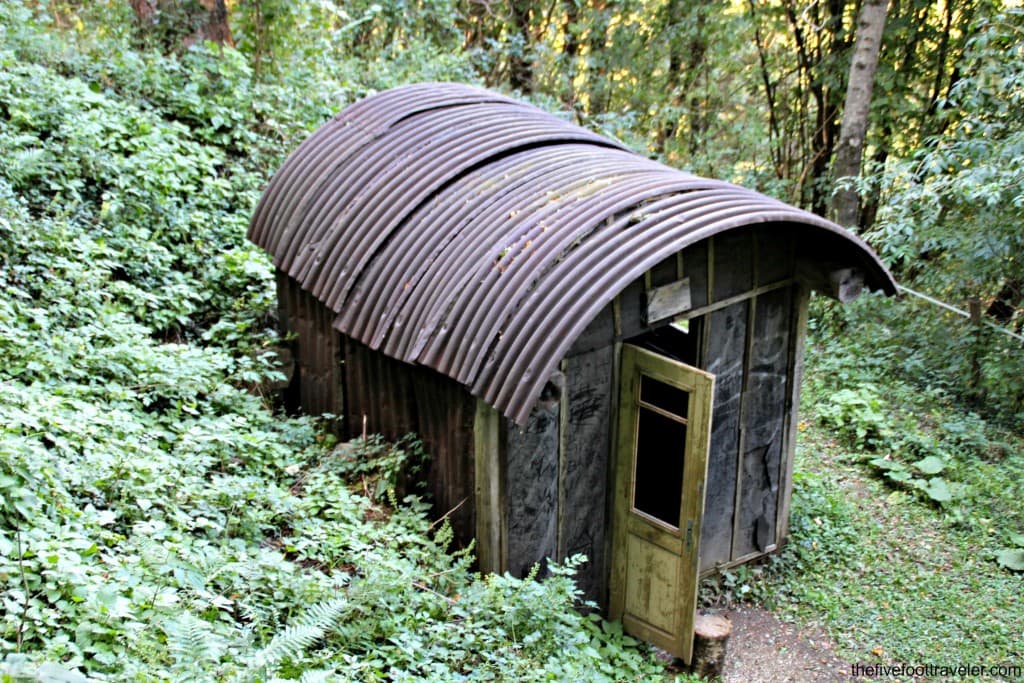 At last, we made it to Hotel Mangart in Bovec, our home of the night! Even though this sounds like a lot of pitstops, the whole Vršič Pass will take about five to six hours, unless you’re doing a long hike. The Vršič Pass is best done by car, as it allows you to go at your own pace, and we highly recommend using Agio Rent A Car for a reliable company in Slovenia. While this sounds like a jam packed day, it is more than feasible to do in six hours or so. 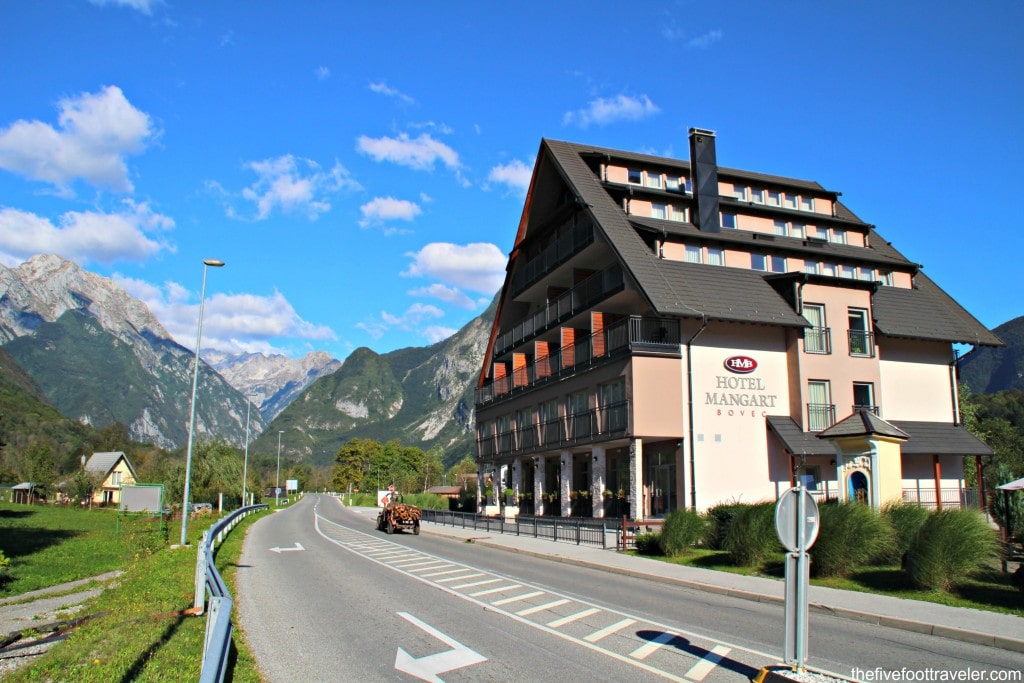