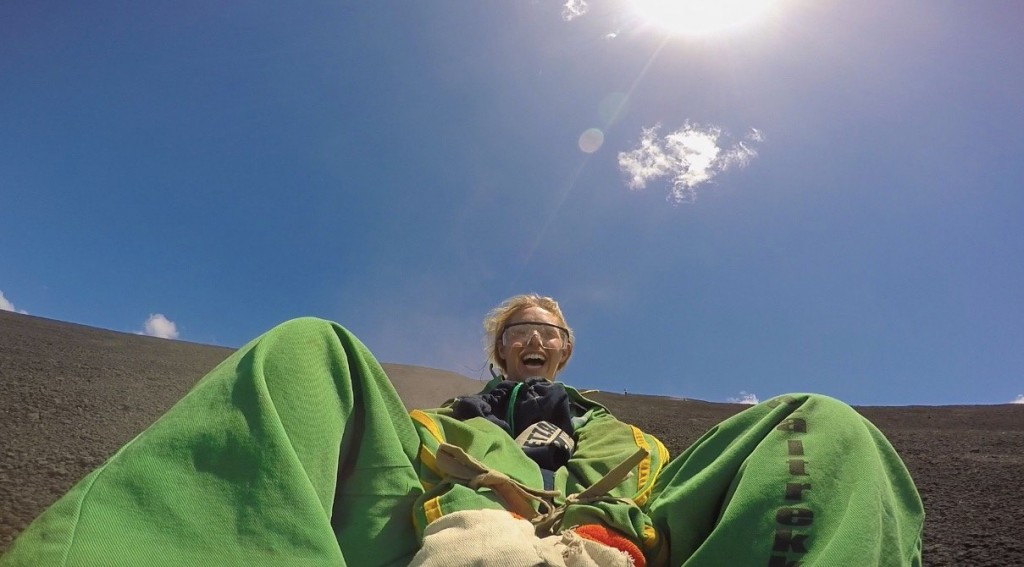 One of the only things I knew about Nicaragua before planning this trip was that it offered Volcano Boarding down Cerro Negro. Yes, you heard that right: Volcano Boarding. Many companies offer volcano boarding (with Big Foot known as the  craziest), but we decided to go with Quetzaltrekkers. We liked knowing that our money was being put toward a better cause; Quetzaltrekkers donates all profits to locally run programs for disadvantaged youth. For $30, you’re provided transportation to/from Cerro Negro, two runs down the volcano (the only company that offers this), and phenomenal veggie burritos for lunch. As Quetzaltrekkers is a nonprofit, it is run by volunteers; they are super helpful, personal, engaging, and even helped carry the board up for someone in our group. Our guide, Grace, never rushed us and allowed us to go at our own pace – which was extremely helpful since the winds were the strongest she’d ever witnessed. 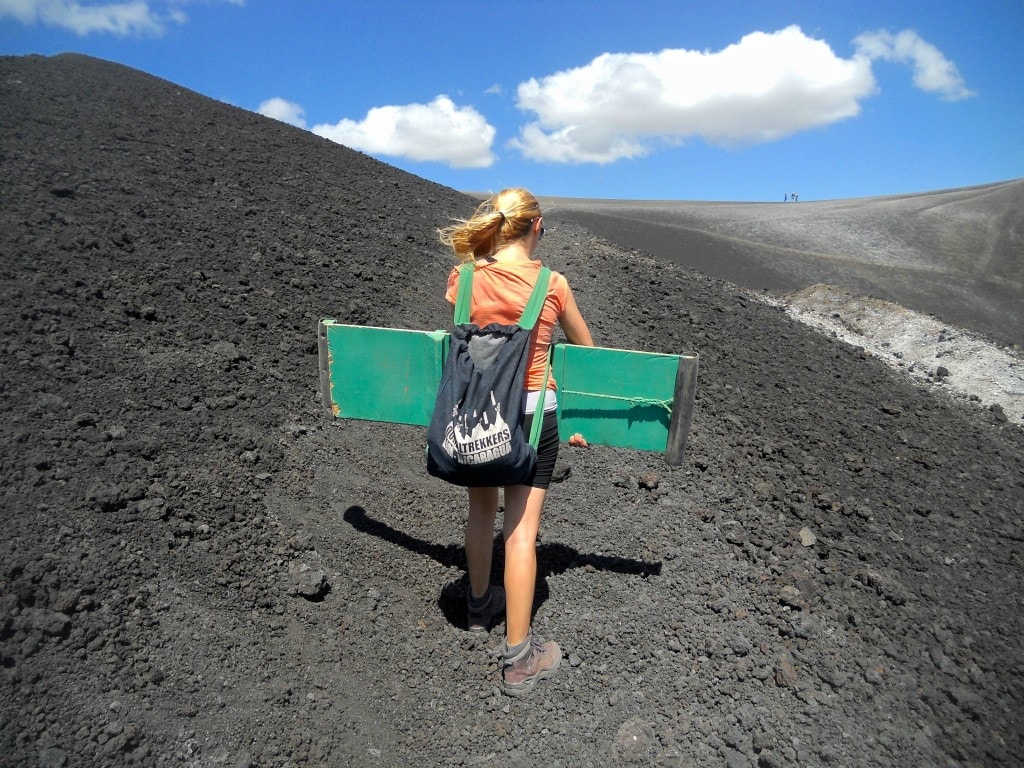 For some reason, I underestimated just how hard it would be to carry up my volcano board, suit, and water while going against extremely strong winds; I literally got blown over onto my booty twice! The hike up, for someone in good shape, is easy, but the wind was bound to make it harder. If you have conditions such as asthma or shoulder problems, like myself, consider going at a slower pace as the boards are heavy and the slopes are steep. Travelers Tip: Bring a lot of water and sunblock. The wind completely masks just how hot the sun is beating down on you! 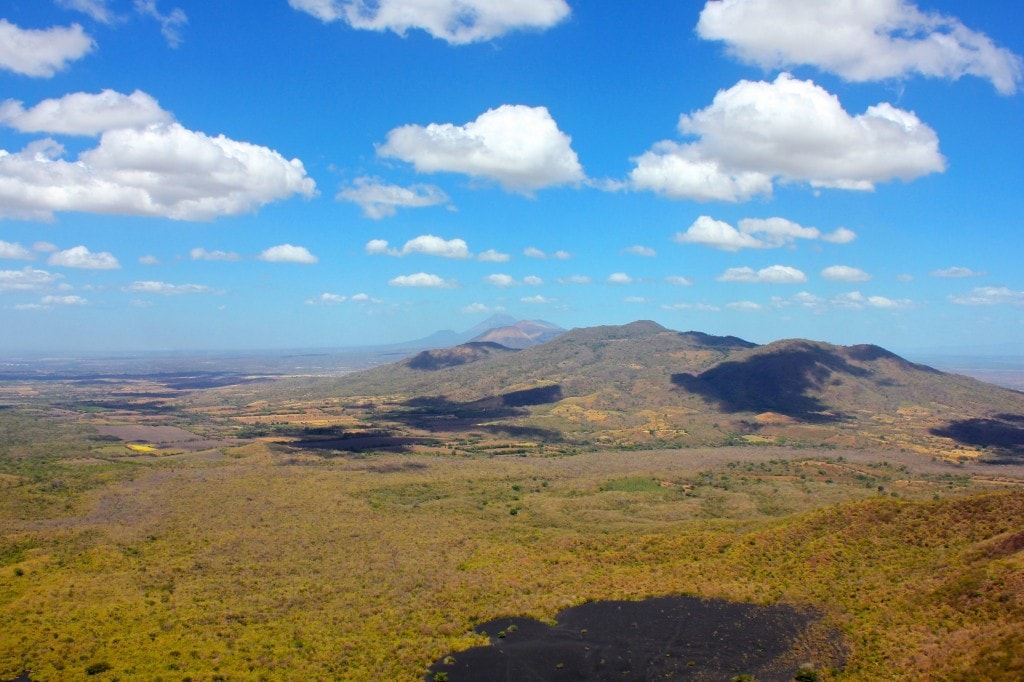 After about an hour hiking up the volcano, we reached the peak: it was time to volcano board. After suiting up to protect you from the ash, sit down and let the slope take you. For the most fun, lean back as much as possible and don’t put your feet down – you’re bound to gain speed quickly. 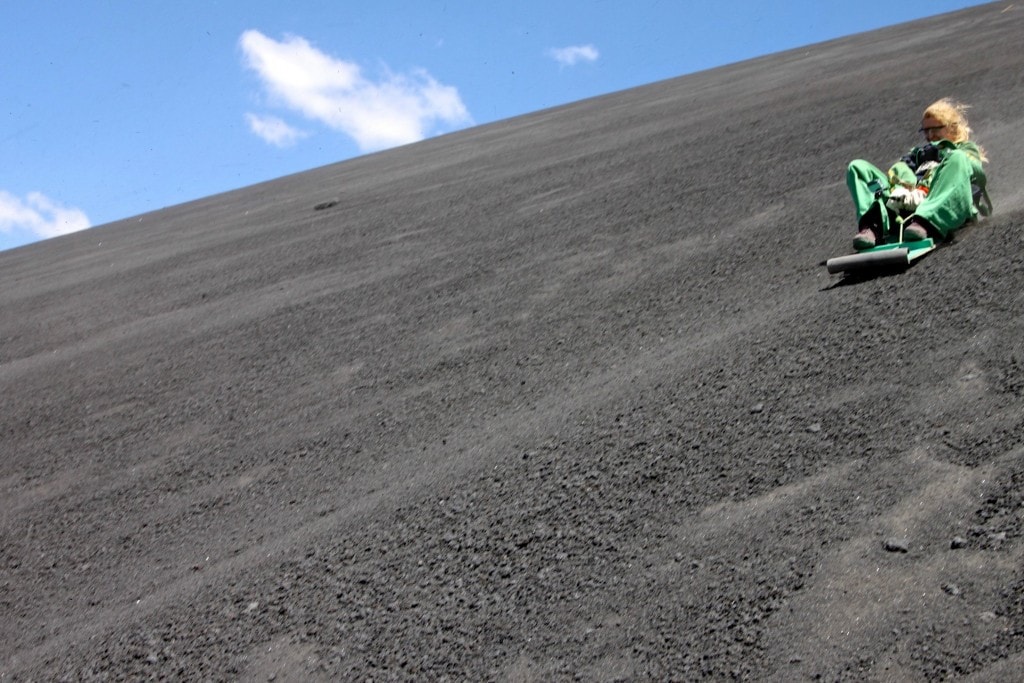 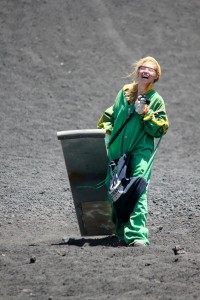 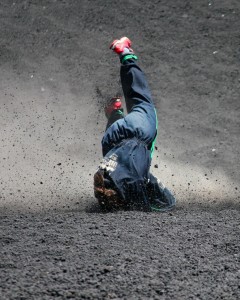 After our group flew down the volcano, and tumbled a bit, we had the option to go up a second time. The views during the hike up are absolutely breathtaking, to the point where Philip and I chose to climb up again, without our boards, just to soak in the beauty of it all. Even though Philip and I decided to just hike up, we still had to get down somehow…so we walked/ran down the side of the volcano. Warning: It is FAR steeper than it seemed when boarding down! If going down the volcano via foot, be prepared to get everything dirty! 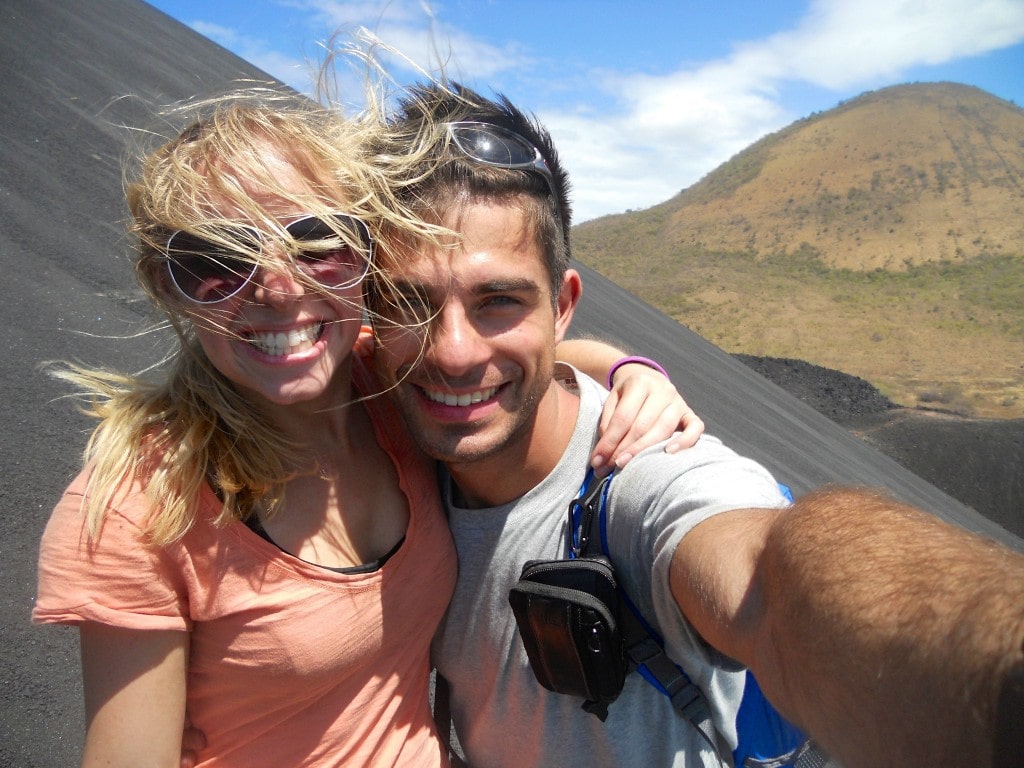 Overall, Quetzaltrekkers offered a fantastic, well-organized excursion. At the end of the second hike, we were greeted with make your own veggie burritos and man, they hit the spot! Quetzaltrekkers was wise in the fact that they didn’t have them pre-made, so nothing was soggy. Grace taught us how to make her favorite burrito: take a tortilla, add some bean paste and spread it around, crush up some cheddar chips and sprinkle them on top, add the veggie mixture of tomatoes, cucumbers, onions, etc, then add some salsa and enjoy. Nothing could have satisfied me more than those veggie burritos after an exhausting day in the sun. If venturing to Nicaragua, volcano boarding is an absolute must! 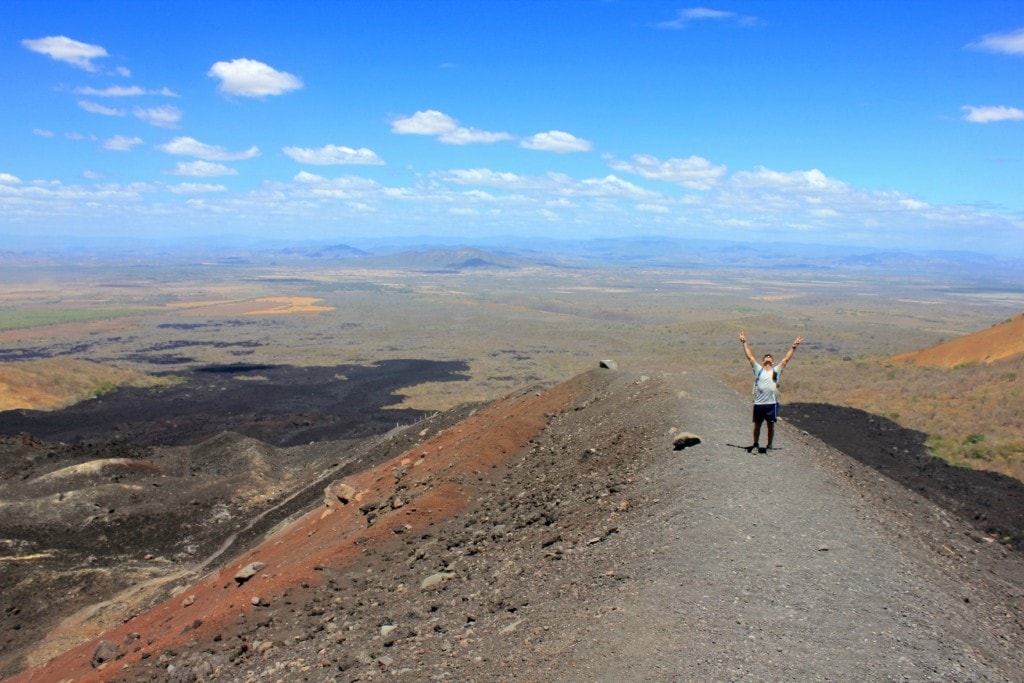