The Redwoods and Valleys of Rotorua

After an exciting morning at Hobbiton, we continued south toward Rotorua. Our first stop was Redwood Forest, which was listed as the number one thing to do in Rotorua. Honestly, I'm not sure why it has such placement. Here's the thing: they're cool for the first 15 minutes, with the first five minutes being the best. 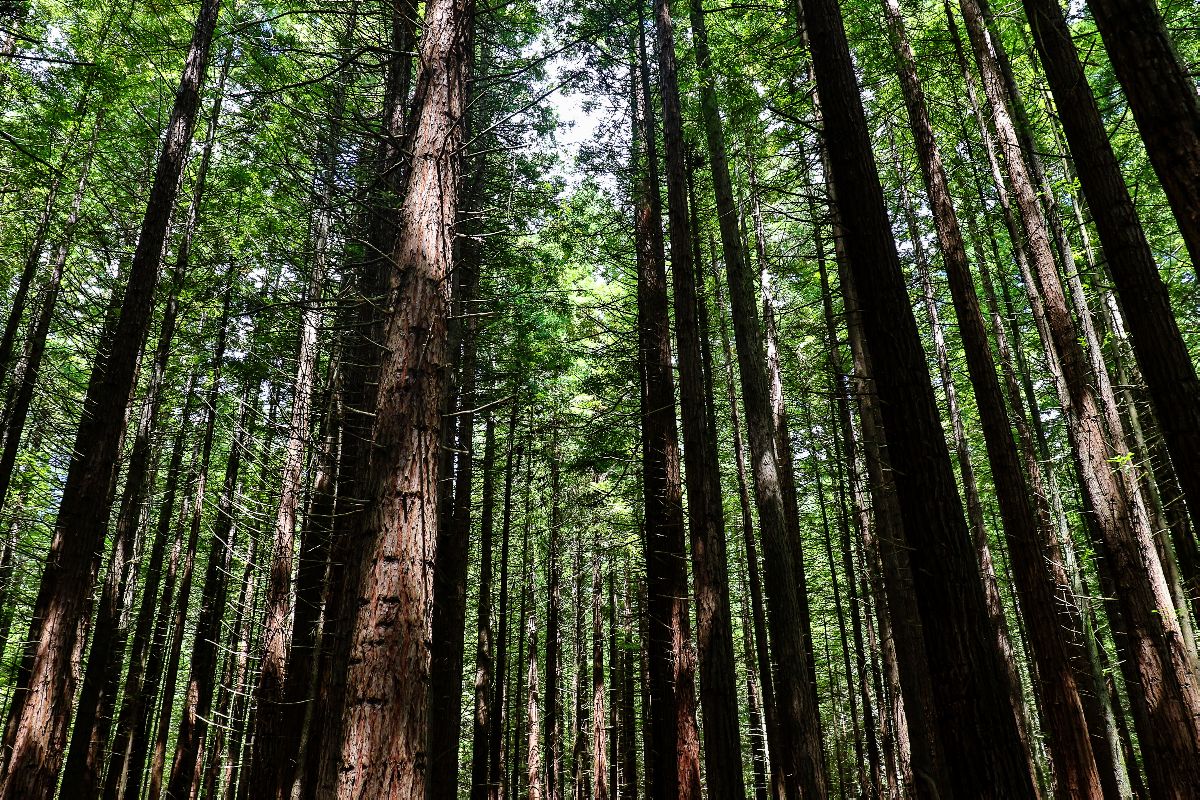 We walked the hour long blue trail, and it just seemed like the Redwoods disappeared after a bit of time. 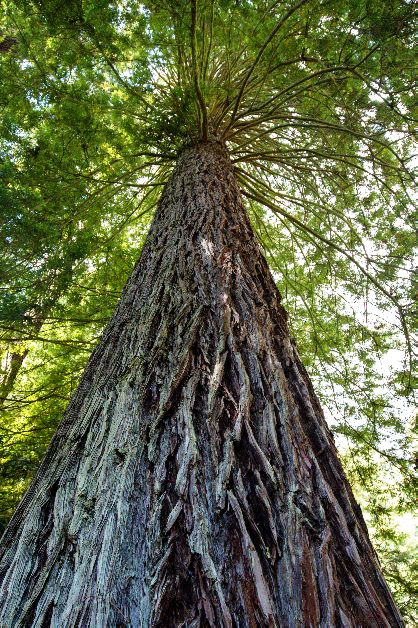 It is a leisurely stroll though, and good for people of all ages; the paths are incredibly well-maintained.

From the Redwood Forest, we drove to the Waimangu Volcanic Valley, “How The World Began.” The final entrance is at 3:30pm, and we walked in around 3:20pm – right in time! At the ticket office, we were provided with a very clear, well-marked map with details of each bench stop along the way. Waimangu is the only hydrothermal system in the world that can be pinned down to an exact date: June 10, 1886. It was then when “a violent volcanic eruption punctured the country in this locality with a series of craters [that] allowed geothermal fluid already present underground direct passage to the surface of Earth. Since the time of their formation, developments of new geothermal features [continue to be] recorded” (Waimangu Wanderer Guide). 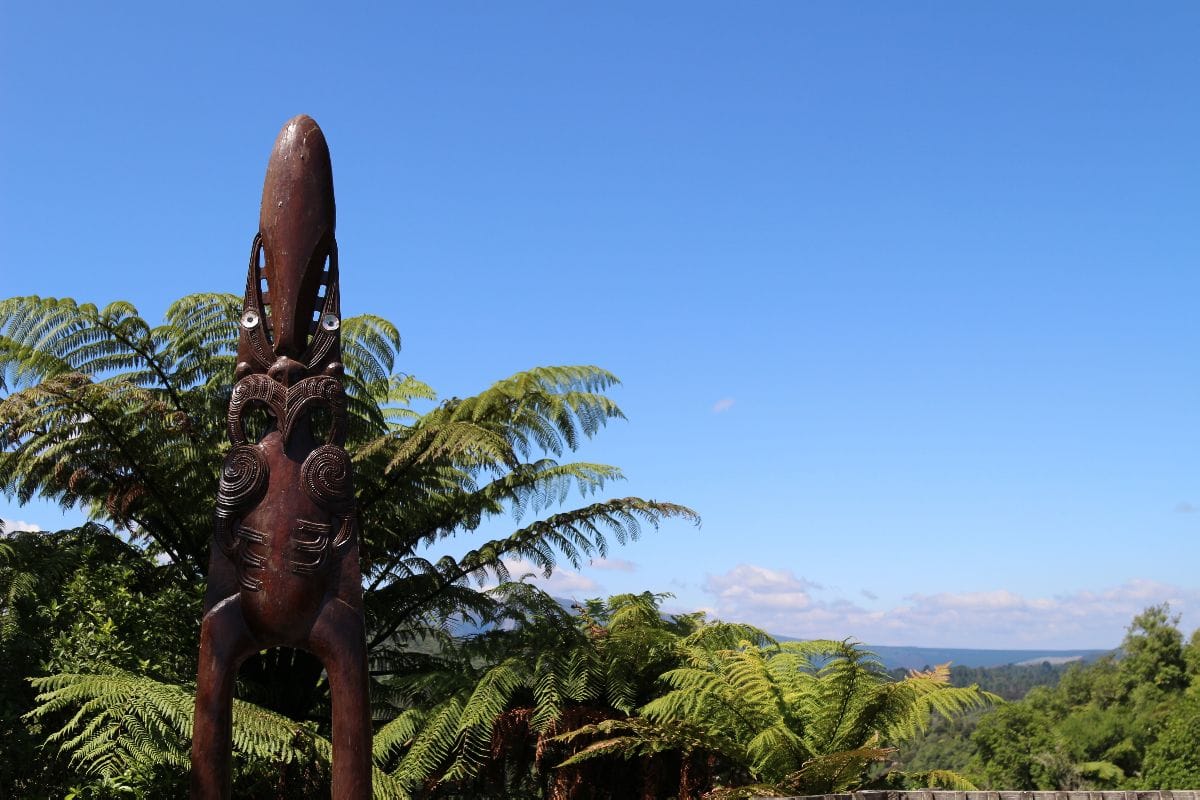 While the views are quite nice, there are two impressive sights to see in the Valley: Frying Pan Lake and the Inferno Crater.

Frying Pan Lake came to life when the Echo Crater erupted. The crater destroyed everything in sight, expanding two-fold, and began to accumulate water. This became Frying Pan Lake. The world’s largest hot spring, this lake covers 38,000 square meters and has an average temperature of 131 degrees Fahrenheit (55 degrees Celsius). 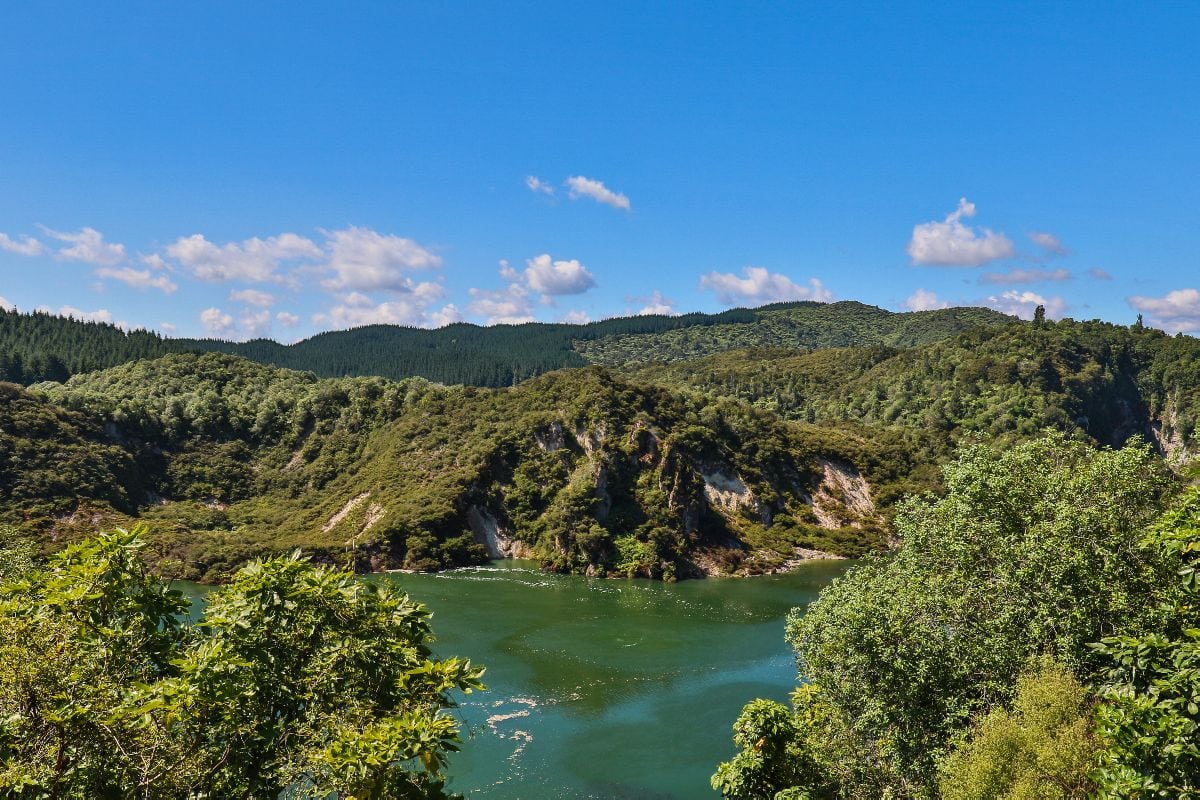 Inferno Crater, on the other hand, is remarkable. It is most definitely the highlight of Waimangu Volcanic Valley and has the bluest water you will ever see. Just look at this: 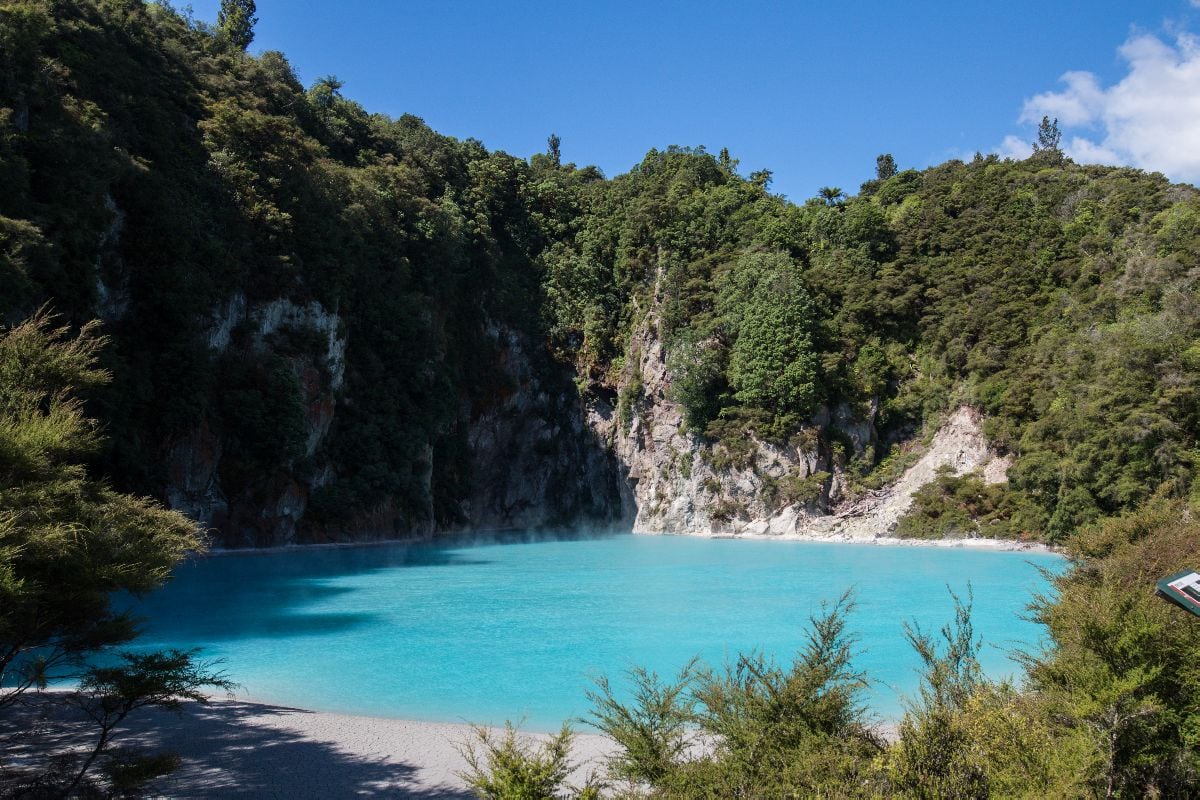 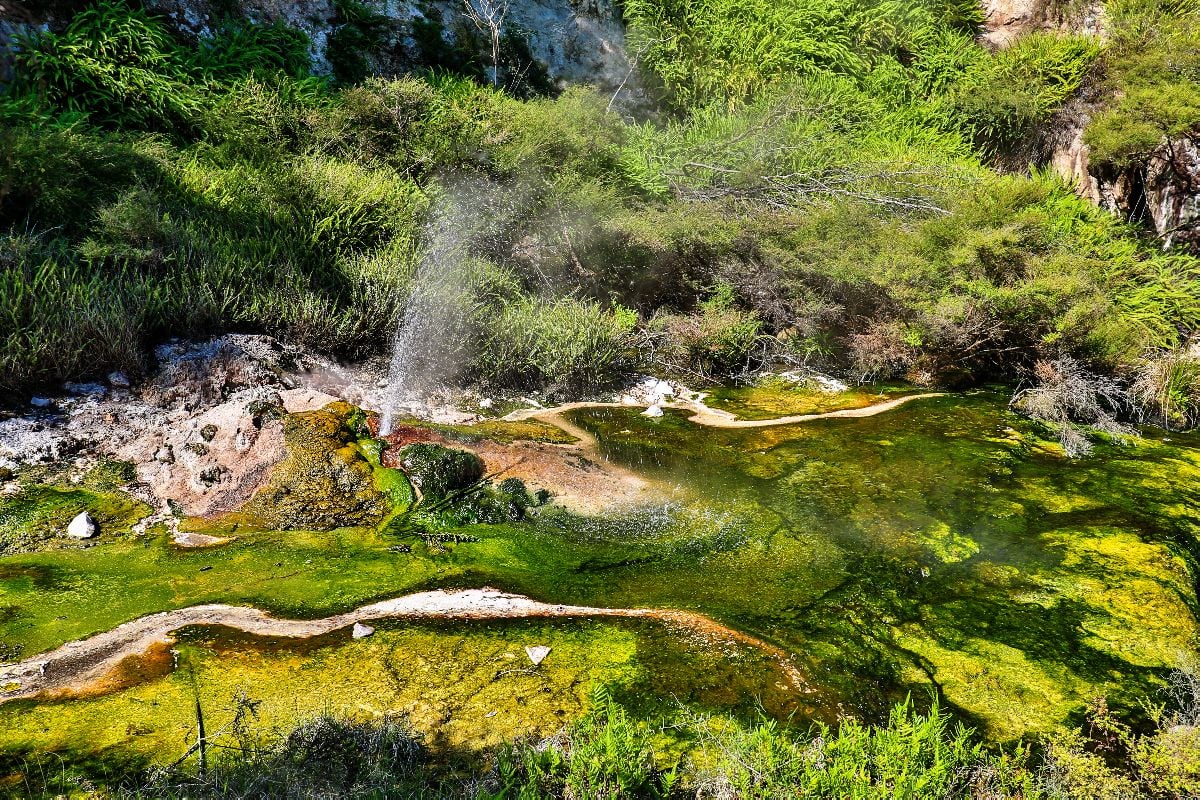 We capped off our busy day by staying at Blarney's Rock Backpackers in Rotorua. Centrally located, this hostel was just what we needed. Owner Dave was as lovely as possible. Unfortunately, Blarney’s Rock will be closing at the end of the month as it was marked dangerous should there be another earthquake. Hopefully Dave will be opening up another hostel soon, and should you cross paths, know that you’ll be well taken care of.

**Special thanks to Dave at Blarney's Rock Backpackers for kindly offering us a complimentary stay. As always, all opinions are my own. Photographs taken by David M Gallo Photography. 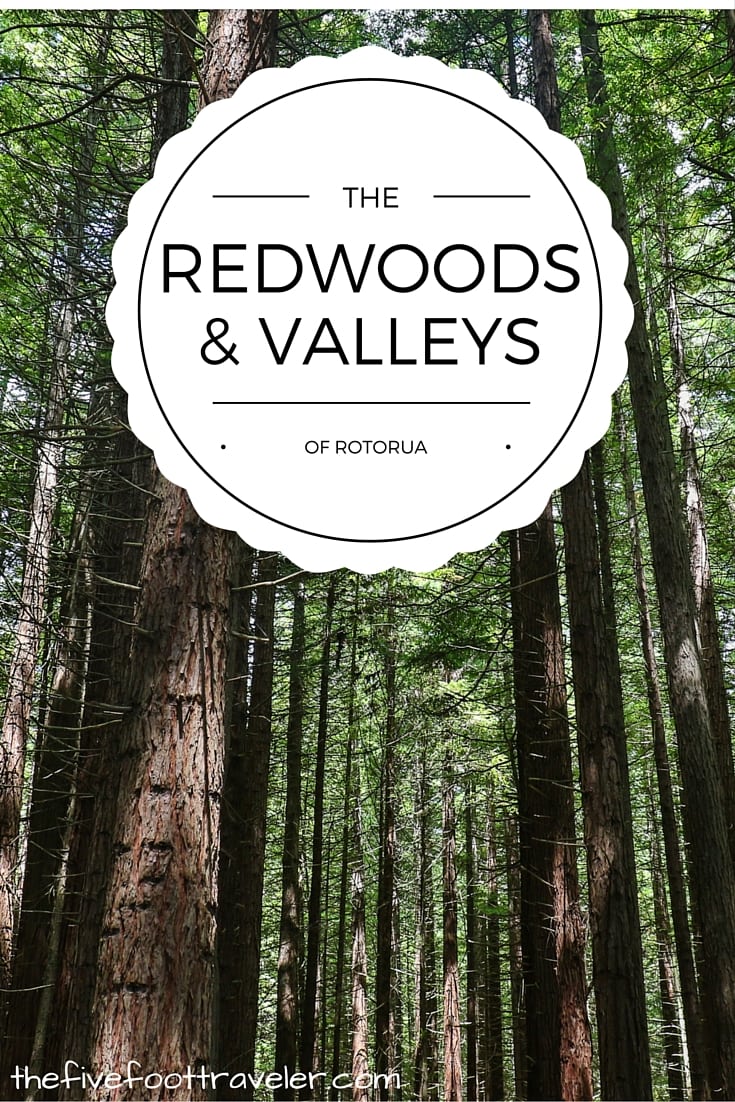