From the beautiful oasis of Dar Daif, we drove about 40 minutes north to Ait Benhaddou. This UNESCO World Heritage Site is an ancient fortified city. Today, it is a popular film location for movies, such as Lawrence of Arabia, The Mummy, Gladiator (one of my favorites!), and Babel. Recently, it has even been used for Game of Thrones. 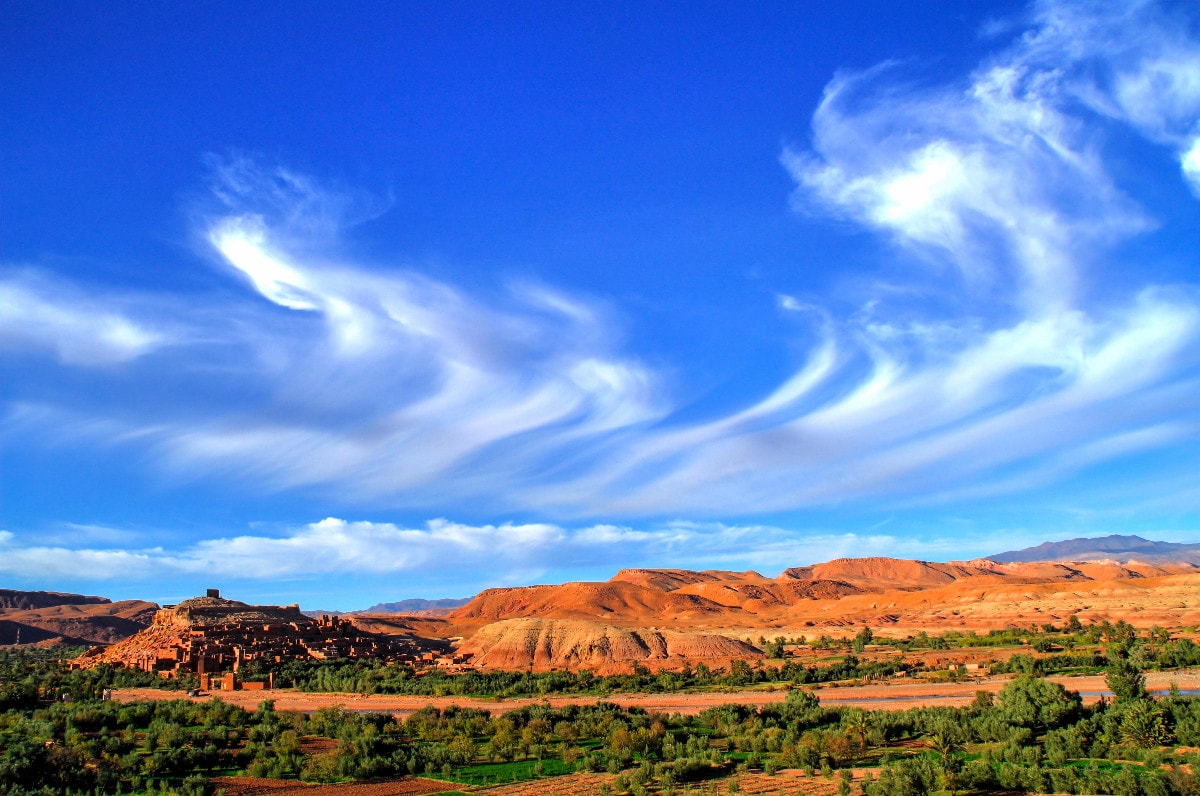 I was psyched when we finally arrived. We pulled over a bit before the turnoff for Ait Benhaddou itself so that we could get a panoramic view of this incredible city situated between Ouarzazate and  Marrakech. We spent some time overlooking the area before continuing on. 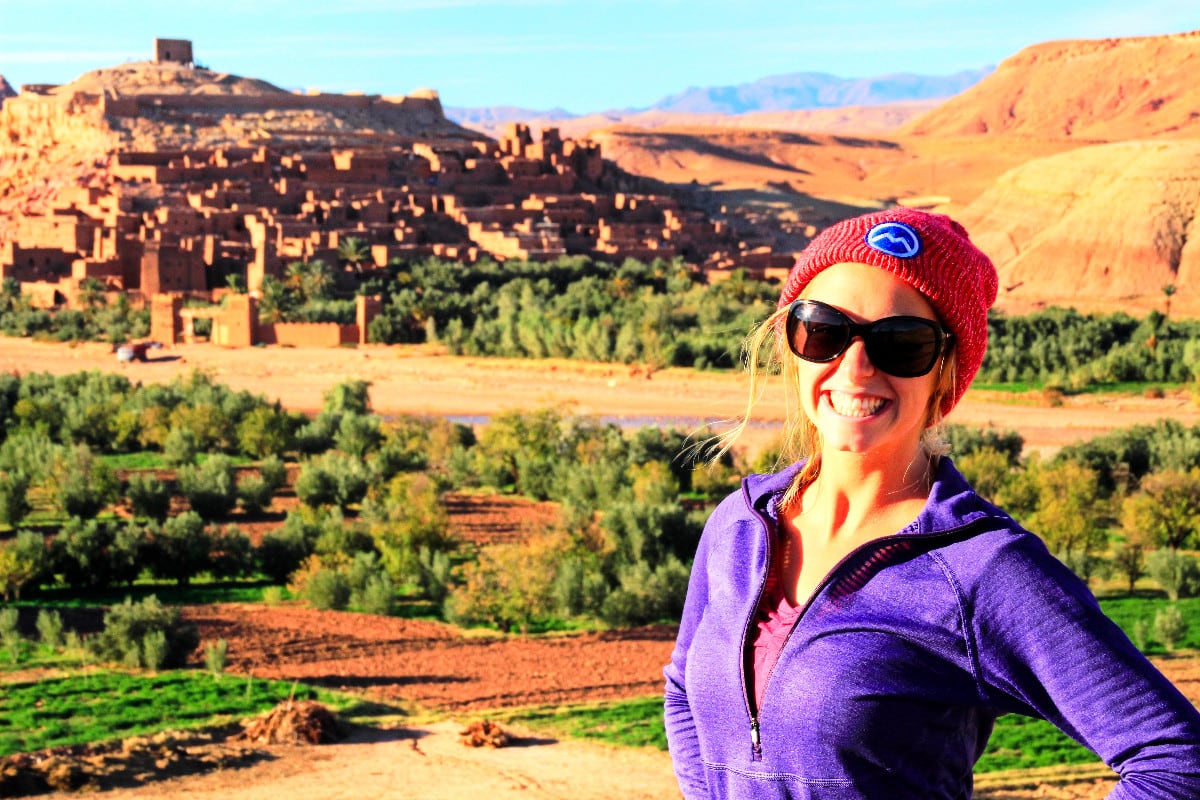 If you’re driving from Ouarzazate to Marrakech via Ait Benhaddou, be sure to leave yourself double the driving time that Google Maps suggests. We left Ouarzazate with what should have been more than enough time to arrive in Marrakech before dark, but that was not the case.

We thought we had left Ait Benhaddou with plenty of time, so we decided to drive through the canyons and valleys en route to the Tickha Pass, the pass through the Atlas Mountains that connects Ouarzazate with Marrakech; it reaches 2,260 meters above sea level, and it is the highest mountain pass in Morocco. It’s supposed to offer incredible vistas but, sadly, it was too dark to see a thing.

Important 5 FT Tip: Be sure you have a full tank of gas in your car before leaving Ait Benhaddou.

We got really stressed out when we realized our tank was running low. Everyone kept telling us there was a gas station nearby, but there never was. Nearly desperate from driving three hours through the mountains with an almost empty tank, we finally found one about forty minutes from Marrakech. What a relief!

We finally arrived in Marrakech around 22:30 (10:30pm), and drove to the gate closest to Riad Star, the Pashah Palaca at the Dar el Bashah entrance to the medina. If we had a working cell phone, we would have been able to contact Riad Star to have someone meet us at the gate. As we did not, we figured we would be able to get by using Riad Star’s very own “Marrakech Riad Travel Guide” app. It showed us where the Riad was on the map, and it seemed like a ten minute walk or so. No problem. Carrying all of our bags, we knocked on the door of what we thought was the right building. It was completely unmarked, and as it was late, we were afraid we were knocking on someone’s personal door (it was located down a dark, unlit alley). No one answered the door. We knocked again, nothing. There was no signage indicating that we were at Riad Star. Two guys came up to us and tried to call Riad Star. No answer. We weren’t sure what to do, so the guys called another friend. Supposedly that friend knew where Riad Star was. We followed him, as we didn’t see much of a choice. We were wandering through dark roads busy with locals, with no location in site. We turned around because all of a sudden they remembered where it was. Did they even know Riad Star, we kept asking ourselves. Then a different guy showed up and told us he worked for Riad Star and to follow him. We were hesitant, as we had been walking in circles for half an hour, and then began retracing our steps back to our original point! We had to give some dirhams to the guys that “helped” us, but finally we were at Riad Star. Word has it that the Riad Star employee was doing laundry upstairs and didn’t hear our knocking. Riad Star, please put some kind of sign outside of your door so that people can know they’re at the right place! While the app took us to the correct location, with no sign and no one answering our knock, how could we be sure that we were in at Riad Star?

Upon entering (near midnight), we were led into the beautiful common room with a pool, mood lighting, and tables for dining. 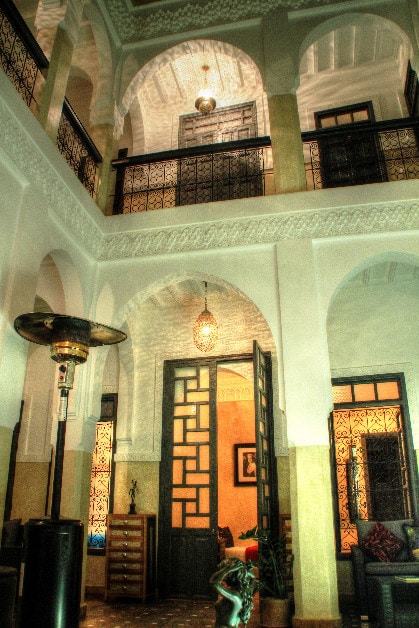 We were served moroccan tea and water, and probably didn’t look too good. Erik and I hadn’t eaten all day due to our food poisoning, and Philip hadn’t eaten since breakfast. We were starved yet unsure if we could keep food down, and the Riad’s restaurant was closed. The employee (I wish I could recall his name) turned out to be the absolute sweetest — he decided that we needed to eat rice to help us get over the food poisoning and went out to buy rice and chicken and vegetables to cook for us himself. We were so very touched, and very appreciative. It was much needed!

We were then taken to our room, a beautiful three-person suite. The beds were comfortable, the bathroom was spacious, and the bathrobes were fabulous comfort after a long day. I couldn’t keep my eyes open any longer and passed out immediately. 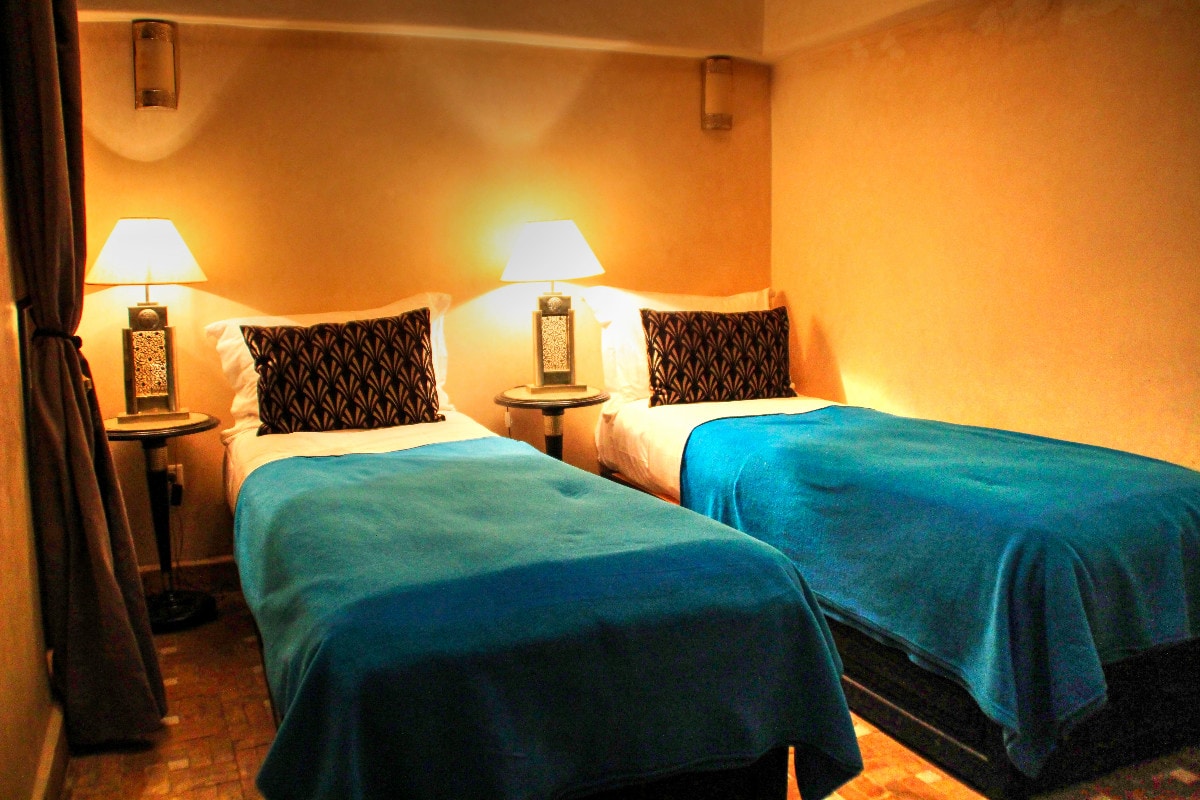 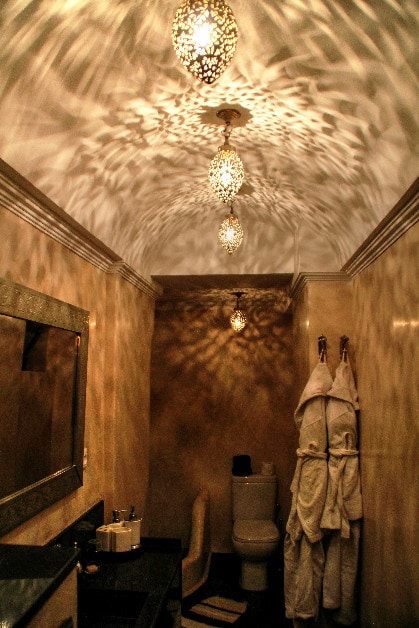 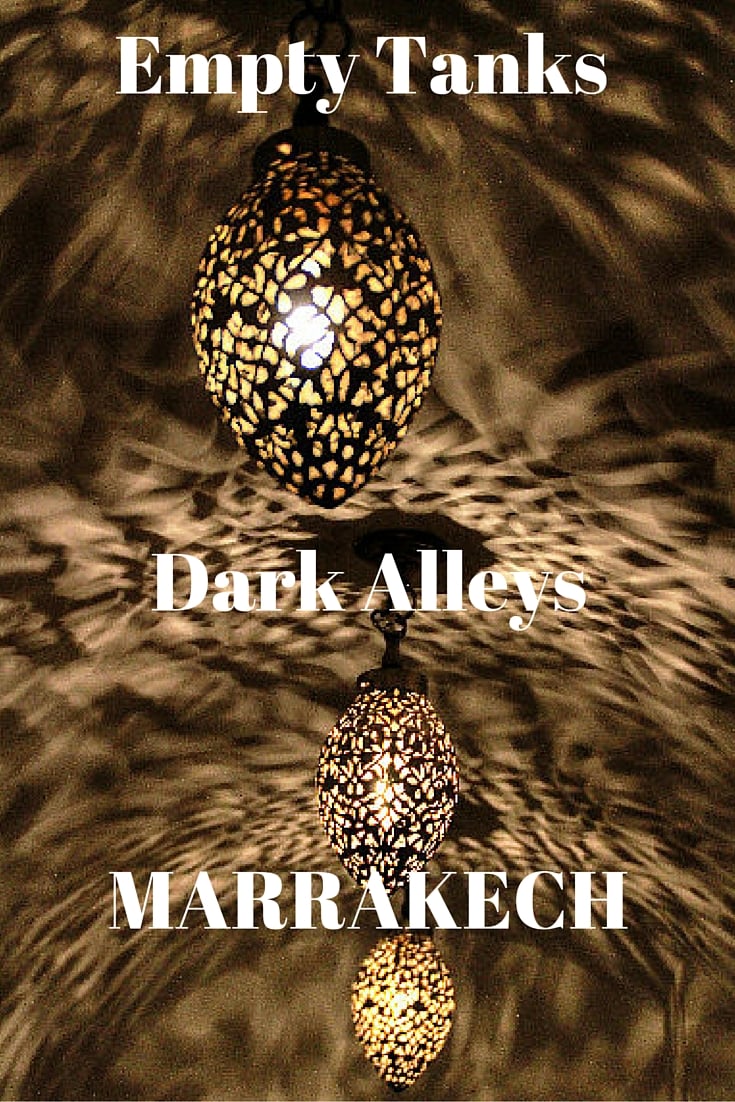 **Special thanks to Riad Star for kindly offering me a complimentary stay. As always, all opinions are my own.