Isla Ometepe: Land of the Volcanoes

To get from Playa Maderas to Isla Ometepe proved much easier than it looked on paper. First, we decided to take the 30 minute shuttle back to San Juan del Sur to wander the city a bit. The trek on the beach back to the shuttle outside Los Tres Hermanos proved brutal on my knees with the added weight of my pack, but we caught the 8:15am shuttle in the knick of time. Once in San Juan del Sur, we grabbed a delicious breakfast at a Soda: an omelet, avocado, plantains, rice, beans, and tortilla – all for only 50 córdobas (under $2 USD)! 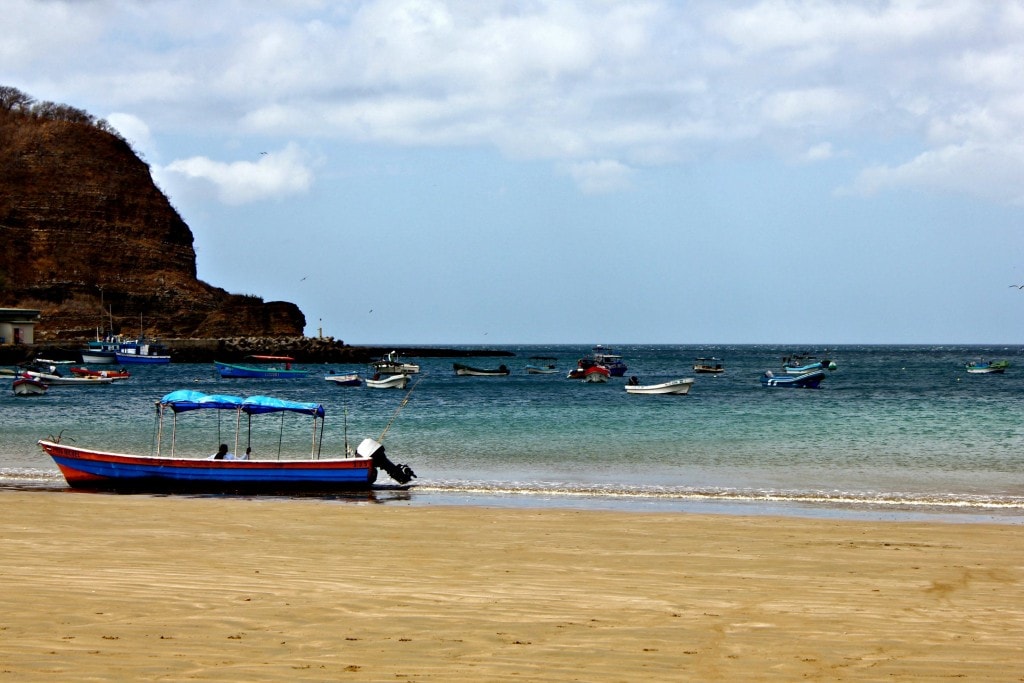 After walking to the beach and wandering around town for a bit, we decided to make moves toward Ometepe. What’s the best way to access Ometepe from San Juan del Sur?

Prior to getting on the ferry, someone from the tourist board approached us (and our five new friends that we met in the taxis) and asked where we were staying in Ometepe – at El Zopilote. Originally, we were going to take a two hour chicken bus from Moyogalpa to El Zopilote, but he offered us a private taxi for $35 USD ($5 per person), which not only cut our travel time in half, but included AC as well. Yes please! Someone was waiting for us in Moyogalpa holding a sign with our names – a totally seamless process.

When we got dropped off at El Zopilote, however, we found out that it was booked – the eco farm doesn’t take reservations – and for a few minutes we felt stuck because we were in the middle of no where. We split from our new friends who wanted to eat before finding a place to sleep, and decided to check out the eco farm directly above El Zopilote – La Brisa Finca Natural. While it was quite a trek up to the hostel (up a volcano for 300 meters on a steep, rocky, and uneven path), we reached La Brisa. Drenched in sweat, we were hoping and praying that there’d be room for us to pitch our tent…THERE WAS! Such a relief. 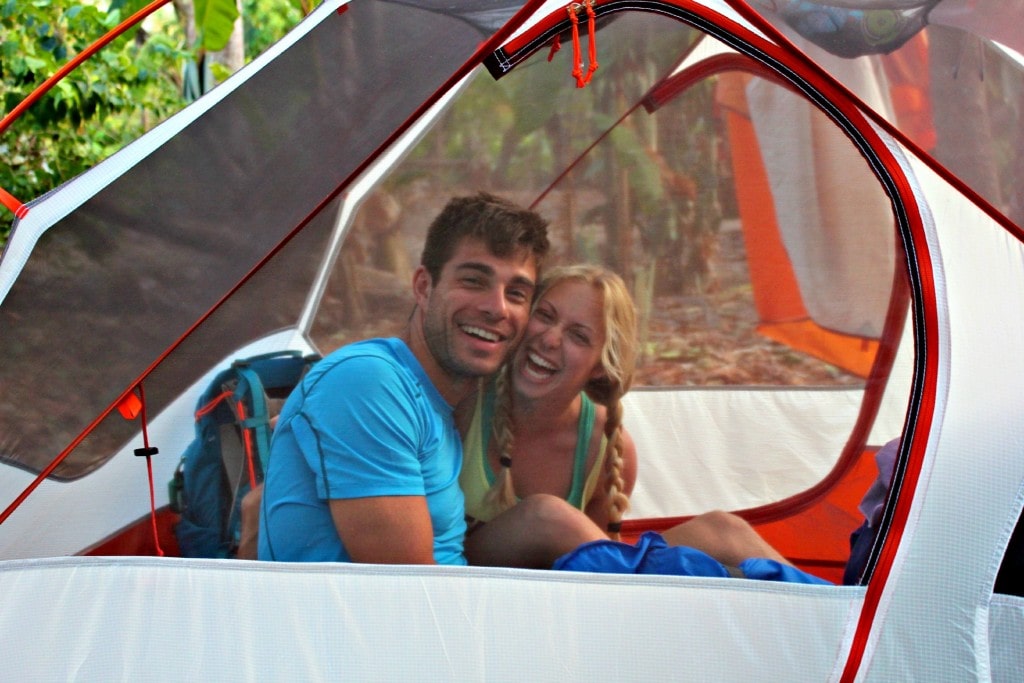 The hostel, La Brisa, ended up being absolutely fantastic and such a gem. The people were lovely and the owner, Nacho, was both helpful, warm, and a spectacular cook; the man was able to make gourmet, quality meals in a

hole-in-the-wall kitchen with no refrigerator on the grounds, all without compromising the quality. To put a cherry on top, the portions were not only extremely well-priced, but HUGE – to the point where Philip and I
shared one dinner each night. Breakfasts were light enough yet extremely filling – only 70 córdoba ($2.50 USD) for pancakes with homemade chocolate sauce, fruit bowls with orange slices, chia seeds, pineapple, and cantaloupe, with a plate of freshly baked homemade bread with tomato and garlic, and your choice of coffee or tea; the perfect way to begin your morning. The only thing he could have done better was rotate every other morning with a different breakfast, rather than just pancakes every day – ie. a veggie omelet every other day, since eggs don't have to be refrigerated.

As La Brisa is an eco farm, the whole place is powered by solar panels and extremely eco friendly – there are only two compost toilets in the area and one shower that is fueled by rain water. There’s occasional wifi, but the entire
aesthetic of the place screams relaxation…and relaxing we did! La Brisa was full of fabulous backpackers on their
own crazy journeys. 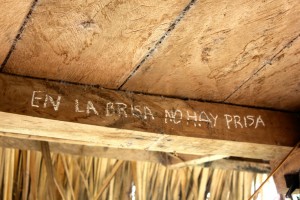 After an encounter with a tarantula, we passed out while star gazing through our mesh-roofed tent. The sky was lit with numerous constellations and our beat bodies were happy to be passing out early.

The following morning we had two options: hike up a volcano or chill on a beach. We had heard mixed things about climbing Volcán Maderas and Volcán Concepción from people we’d met on the road – everyone that we’d spoken with recalled that it was extremely muddy, dangerous, raining, and cold…allowing no view once hitting the peaks. We decided that we weren’t feeling like killing our bodies that much and decided to have a relaxing beach day on Playa Santo Domingo instead. We had thought that it’d just be the two of us, but about seven others from the hostel joined as well – so we had a lovely, social afternoon chilling on yet another secluded beach.