The Olde Hansa: Food Fit For A King

Tallinn’s Old Town captures exceptionally well what a medieval city looked like. With in tact city walls, watchtowers, cobblestone streets, and people dressed in traditional wear, it’s easy to take a step back in time and imagine what the city must have looked like way back when. It’s easier to put yourself in the shoes of someone in the 1500s when you’re sitting down to a medieval feast. 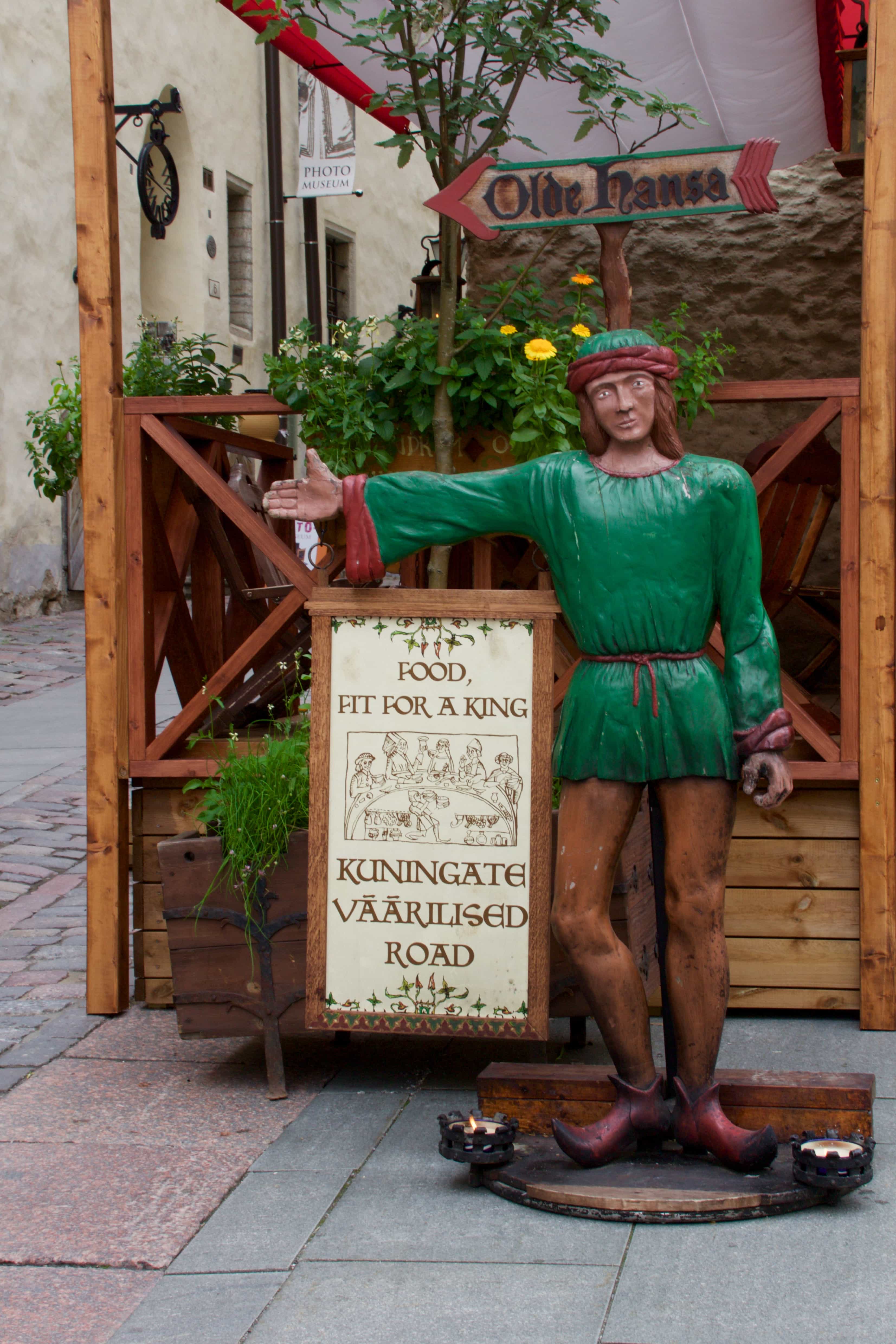 I’m not one to usually go to a restaurant in the main square since they’re typically filled with tourists looking for a quick bite to eat; they’re over-priced with mediocre food. When visiting Tallinn though, throw your caution to the wind and walk into the Olde Hansa for a meal! Situated in Market Square, in a rich merchant’s house built in 1517, this is a dining experience like no other. The Olde Hansa goes above and beyond to bring you an authentic meal within a true medieval town.

Upon entering the Olde Hansa, we were greeted by a person dressed in traditional garb speaking in olde English — “Greetings, my lady! We would love to have you as one of our honourable guests this evening.”  We later discovered that to work at the Olde Hansa, employees not only have to be fluent in four languages (English, Russian, Estonian, and Finnish), but also have to undergo three weeks of rigorous training to become medieval. I must say, they were absolutely excellent at staying in character! 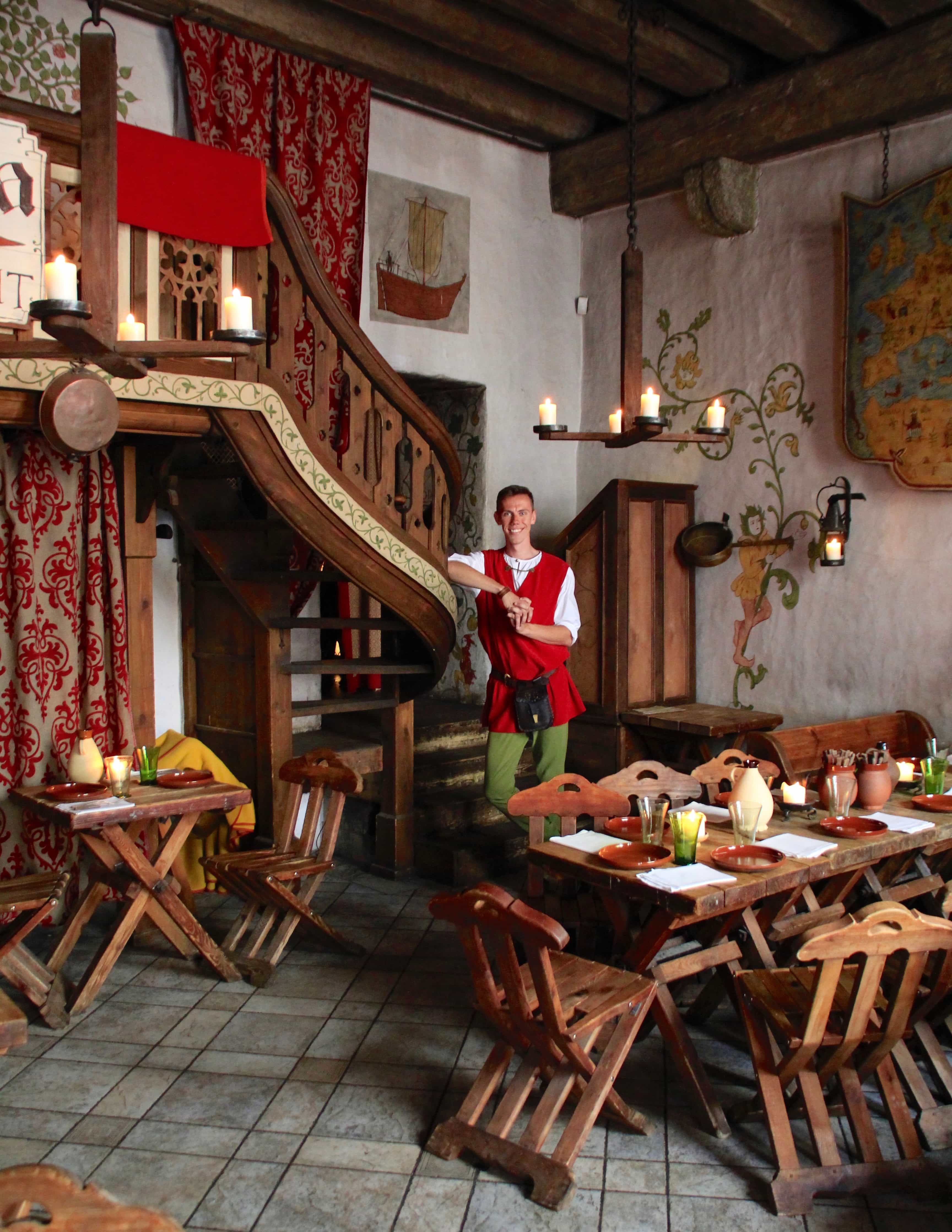 They allow anybody to stroll into the rich merchant’s house to look around and ask questions, as the building itself is absolutely beautiful and historically intriguing! In that it was relatively unchanged, you can still find paintings on the walls that depict life back in the medieval times. Each painting has a meaning. For instance, a painting in one of the rooms is meant to show the wealth of the house. You can see the master of the house offering a drink to his wife, but his wife is pictured holding a fig; the fig is the symbol of fertility, which symbolizes that she cannot accept the wine because she is pregnant. 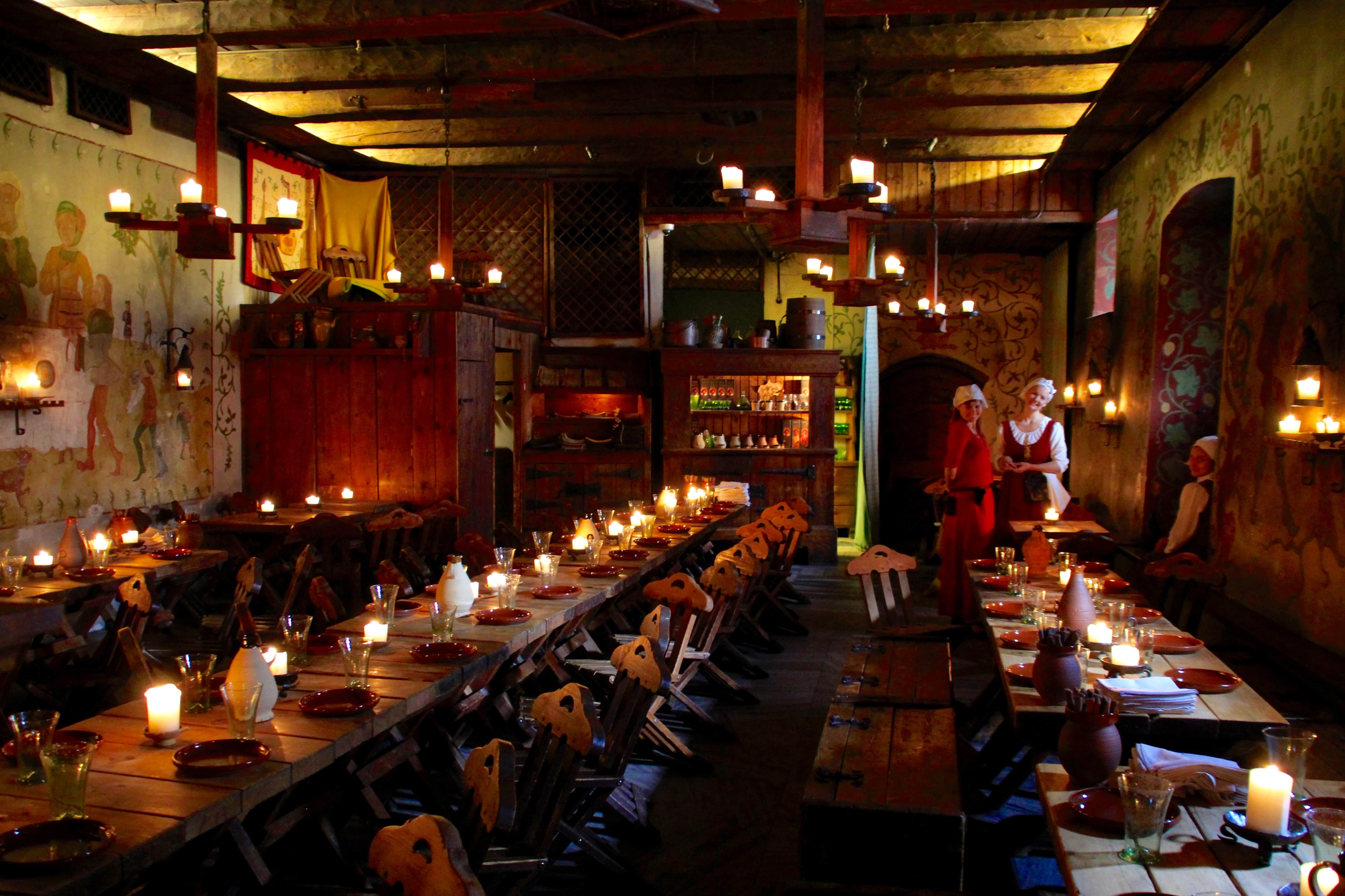 After we had finished walking around the impressive rich merchant’s house, we were guided upstairs for a sit-down medieval feast. We walked into the room and our ears were instantly filled with soothing live music — medieval-style live music! We found out that the Olde Hansa has traditional live music from 6pm-9pm each night (except for Monday).

It was time to wine, dine, and feast! Our waiter, Egon, started us off with a round of pepper schnapps. The schnapps served are all made by their in-house monks and have unique flavors like caraway and pepper. They are served in a shot glass that has the face of a bearded man who is supposedly a fairy that is meant to protect the drinker from the poison that was so common in the old days. 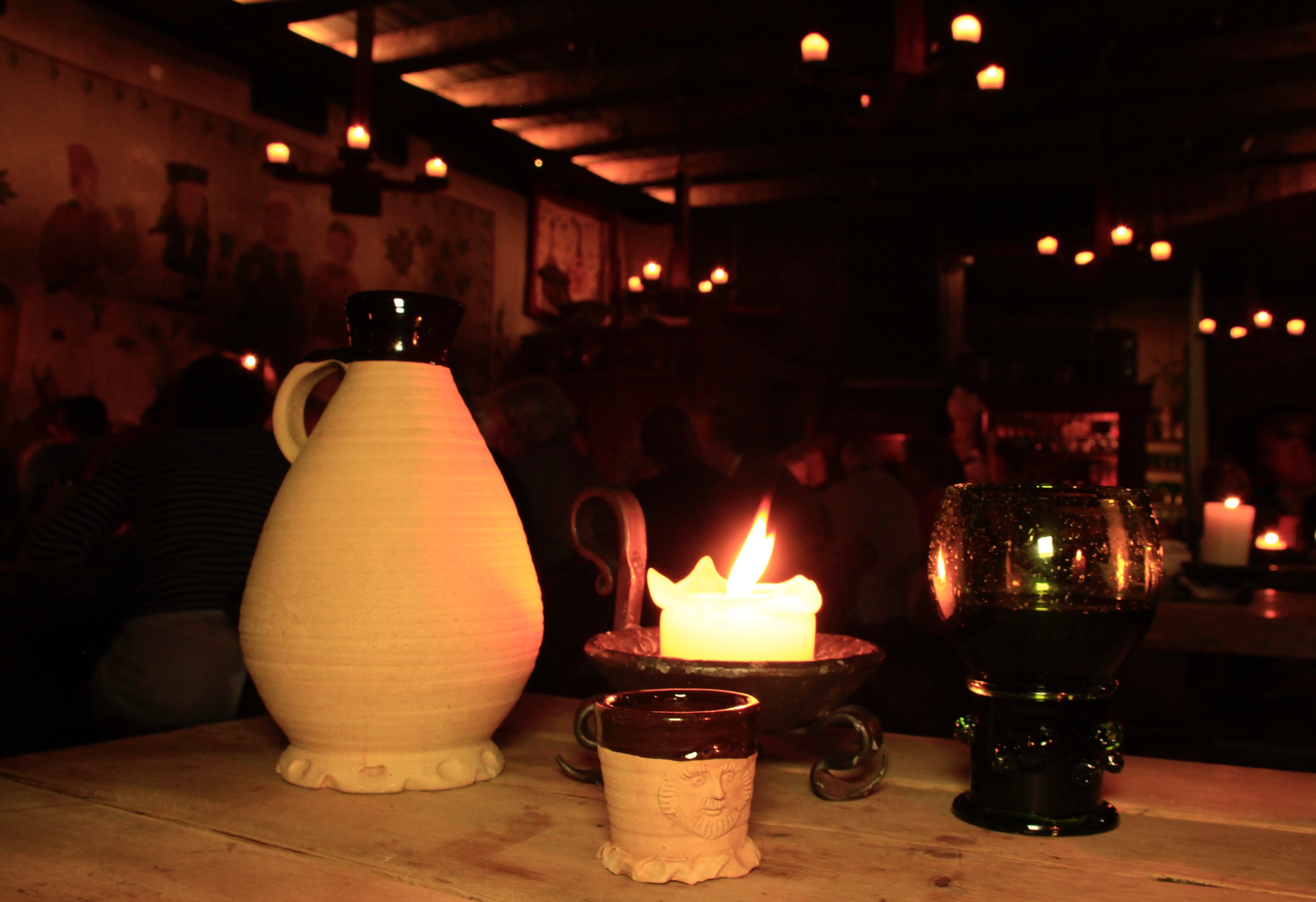 The menu itself is not only artistically unique, but stays true to what was once served in Tallinn. All of the dishes made are cooked with traditional methods, using 16th Century recipes. As a result, there are many game meat options on the menu. As someone who has had game meat around the world, I knew that I’d just have to try something new and unique! 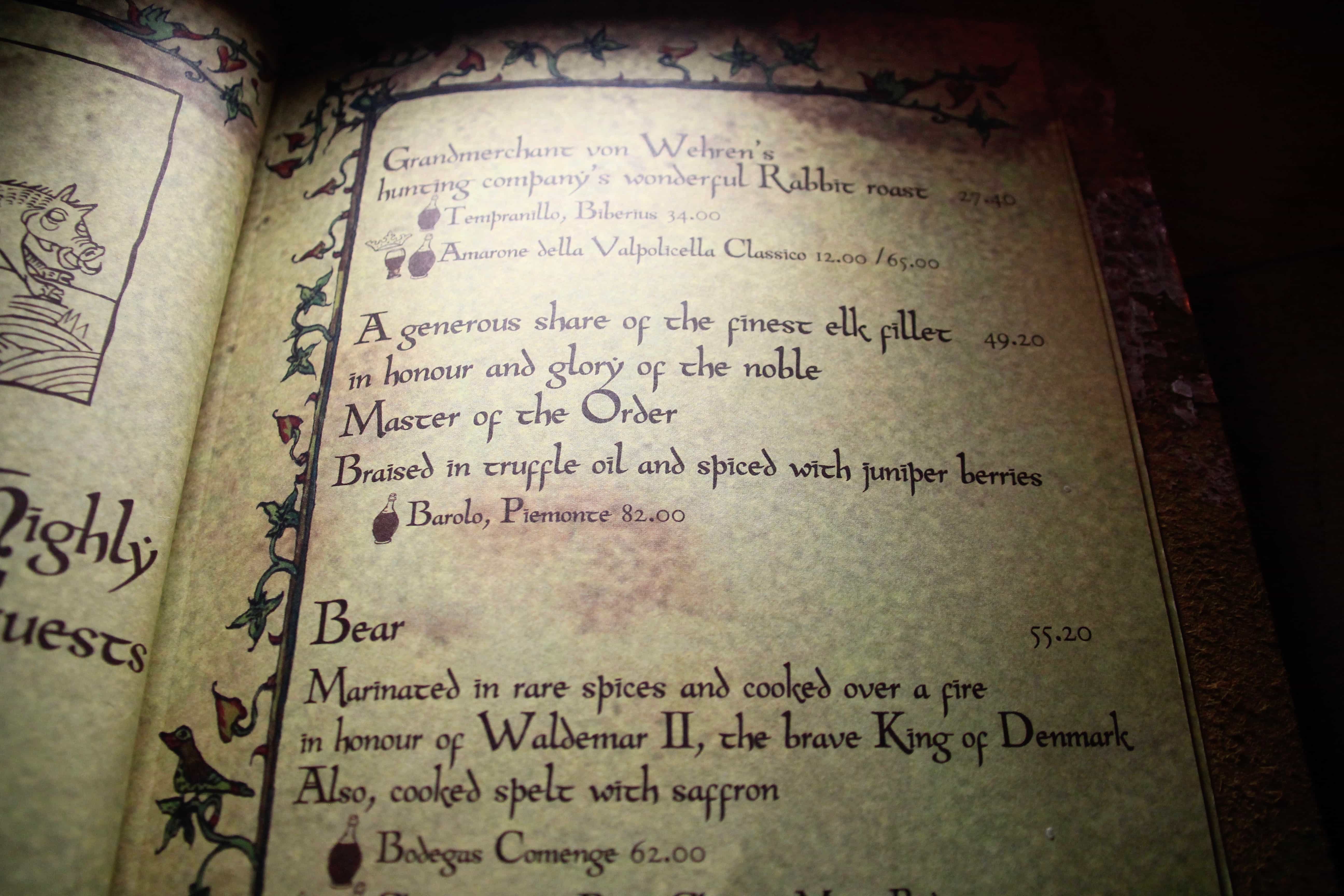 We began with the “Rewal’s Plate for tasting” with a side of “oven-baked herb and juniper cheese.” We decided to “do as they did” and not use our utensils for our appetizers — we dug in with our hands! It made the experience that much more real (and messy!) for us. The flavor was bold and delicious. 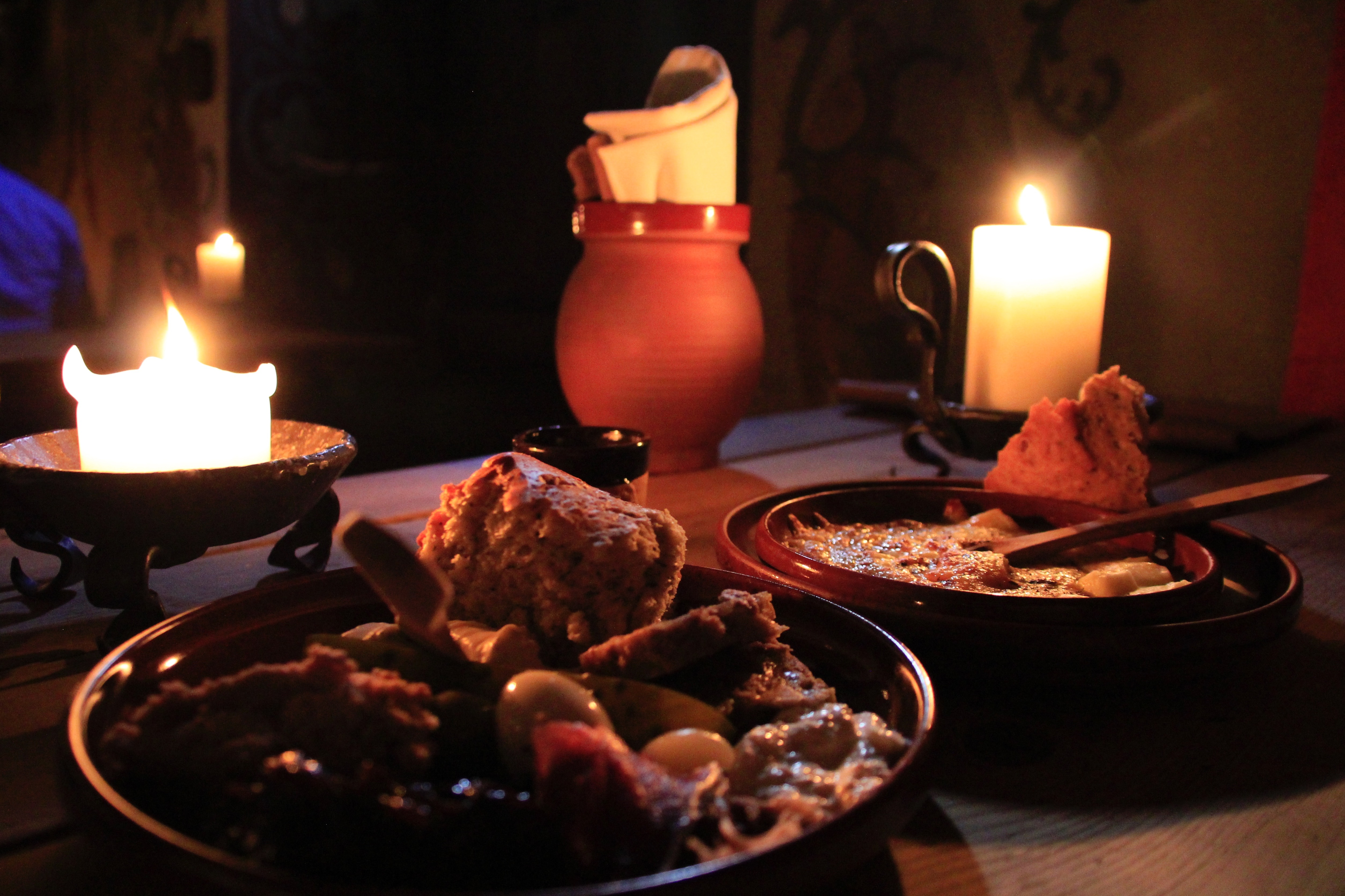 Next up? Game meat! We had “a generous share of the finest elk fillet in honour and glory of the noble Master of the Order” and “bear cooked over a fire in honour of Waldemar II, the brave King of Denmark.” The elk was so flavorful and tender that you could cut it with the side of your fork, and the bear was just so interesting and delicious! We decided to revert back to utensils for this portion of the meal — there was just something a bit too messy about picking up a fillet of meat covered in sauce and biting right into it! 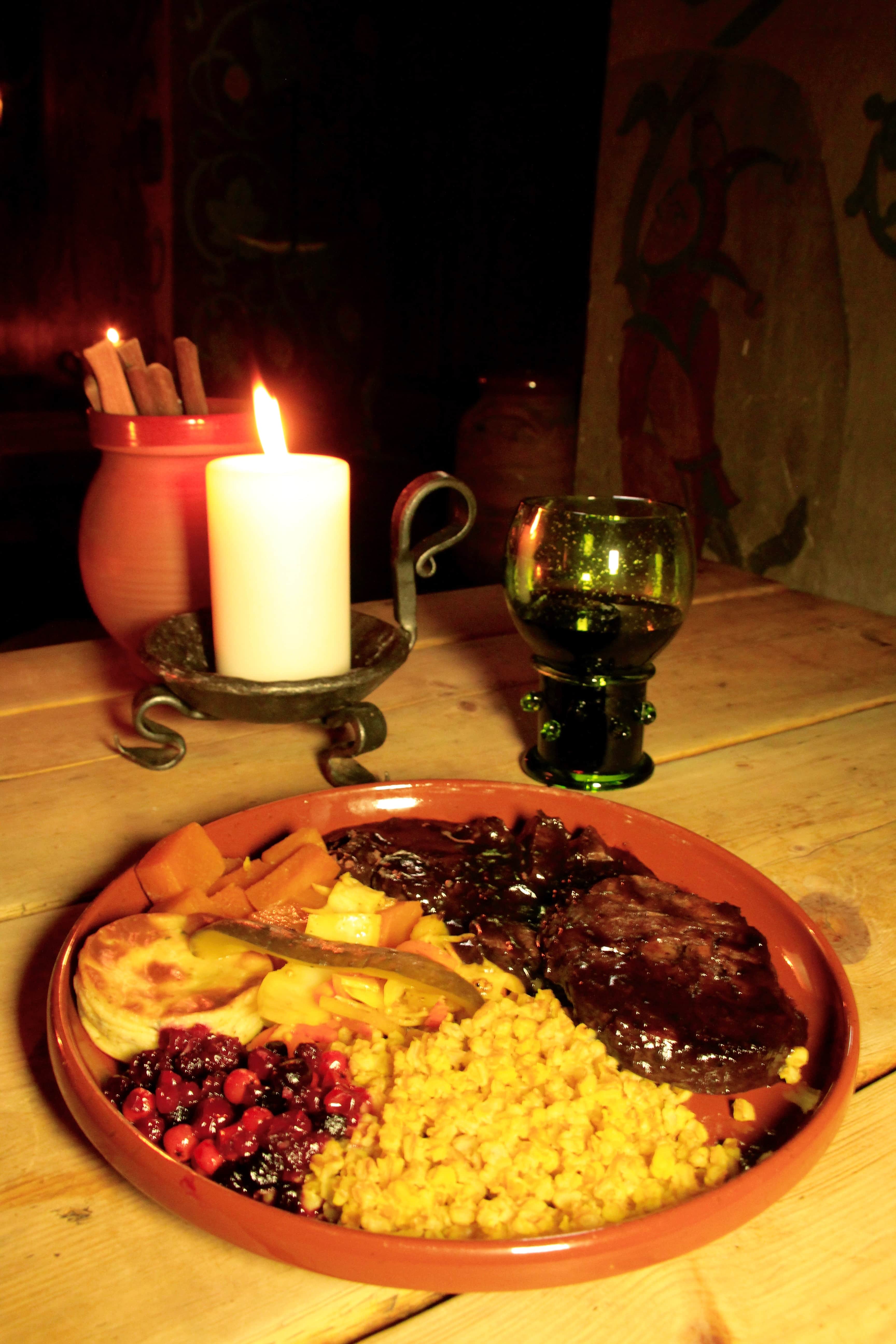 I didn’t think the Olde Hansa could have impressed me more, until they brought out the dessert! We were served “Apple and honey under a crispy coat with almond milk” and “Velvety Rose pudding savoury.” Warm and delicious, and paired with some schnapps, dessert couldn’t have been more mouth-watering. I was instructed to eat the rose petals, as they’re said to keep you young! 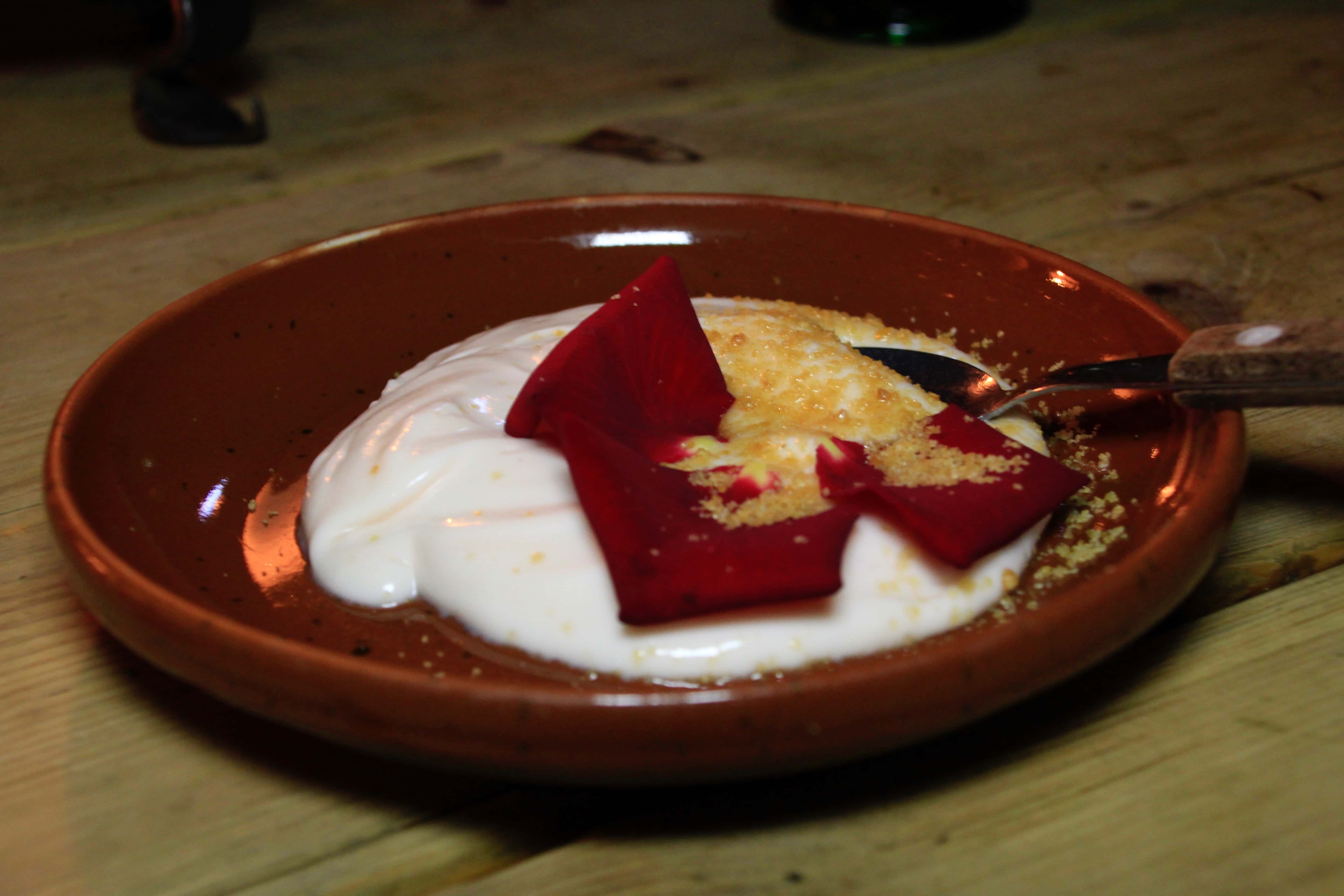 The thing that’s incredible about the Olde Hansa is that it isn’t at all gimmicky. It never felt like a theme-park attraction: it was so much more than that. It was a look into life back in the 1500s, a life that is so foreign to ours.

I wholeheartedly believe that if you have one meal in Tallinn, it should be the medieval feast. If you’re not extremely hungry, nor feeling a 4+ hour meal though, you could always pop into their sister bar “Ill Draakon,” situated under the Town Hall. This cozy dark pub serves absolutely unbelievable “Elk Soup” for 2 Euro and unlimited free pickles. I may or may not have found myself there two afternoons in a row… 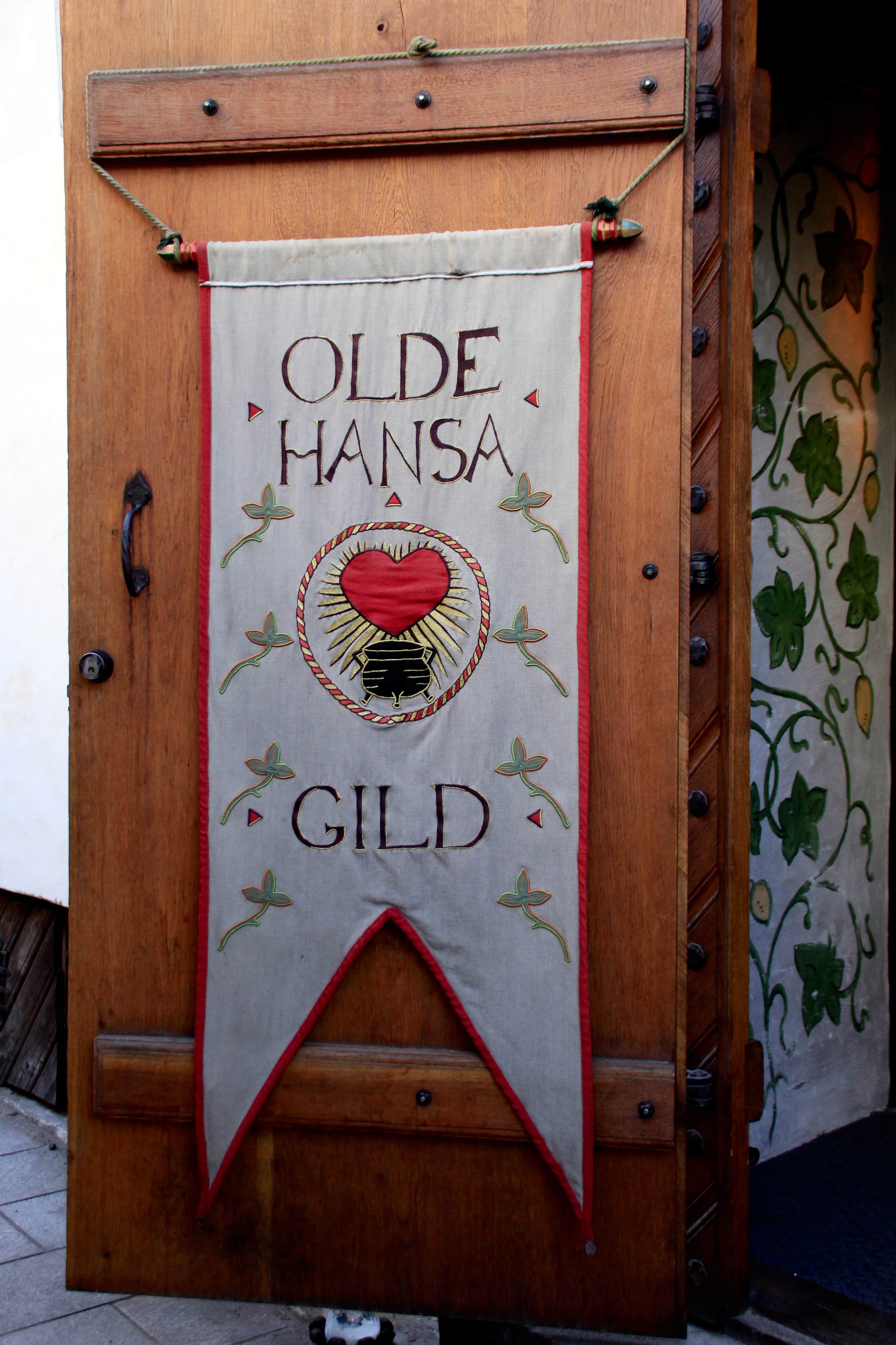 Our dining experience in both the Olde Hansa and Ill Draakon are completely unrivaled. No wonder it’s been so successful!

Ready To Feast At The Olde Hansa? 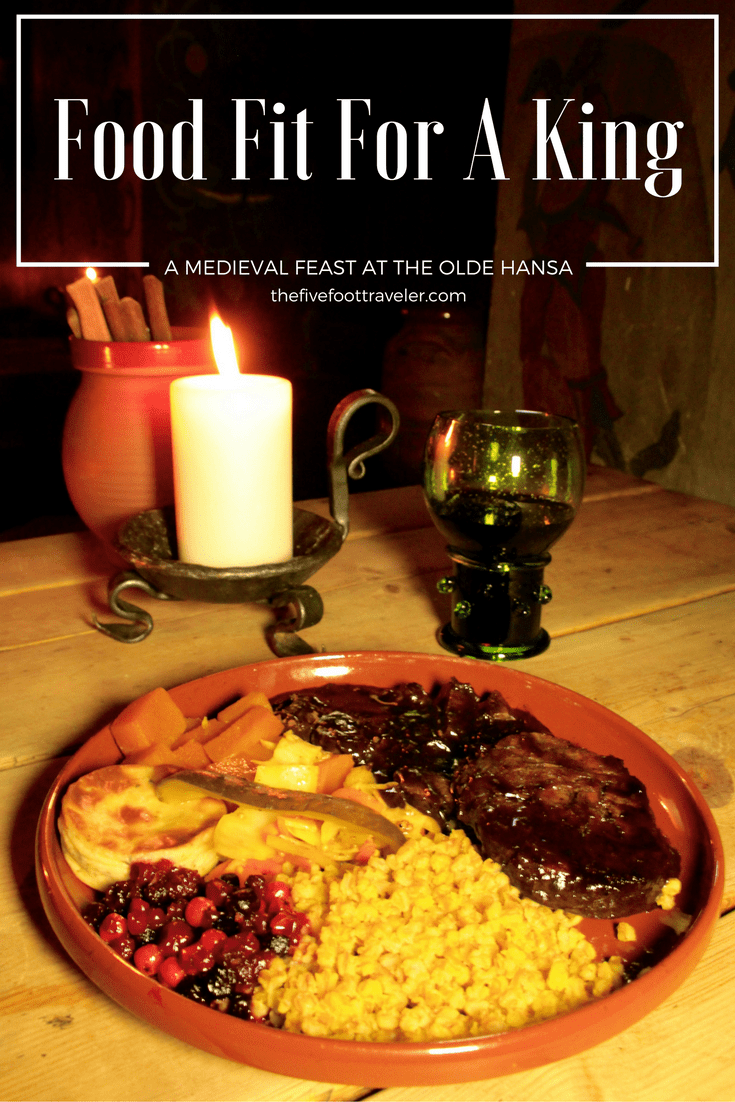