We awoke at 4:30am to catch sunrise over Uluru and Kata Tjuta with EmuRun Experience. We were the first group to arrive, and for a few moments we were alone with these culturally significant and magnificent natural wonders side by side. As the sun began to rise behind Uluru, emitting beautiful rays of sunshine, we took the time to reflect on how thankful we were to be in Australia’s Outback, witnessing something remarkable together. 5FT Tip: Even though you may be completely taken by the beauty, don’t forget your fly net because those buggers come out bright and early! 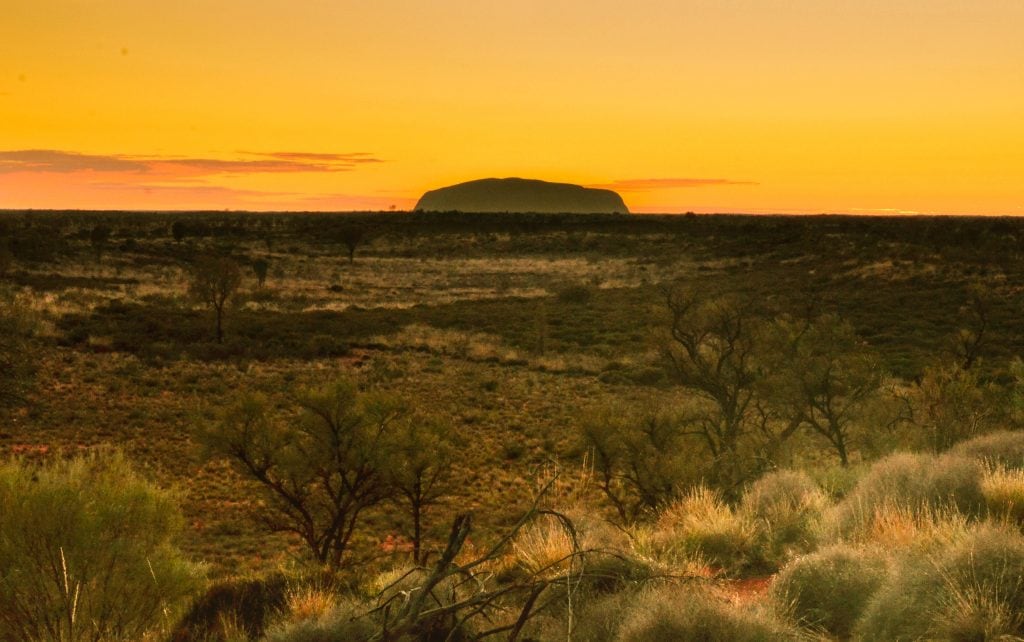 Kata Tjuta, commonly referred to as the Olgas, have 36 different domes formed by wind and erosion. Standing at 546 meters, Mt. Olga is one and a half times taller than Uluru. It is not, however, the biggest monolith, as it’s made up of multiple rocks, not just one. 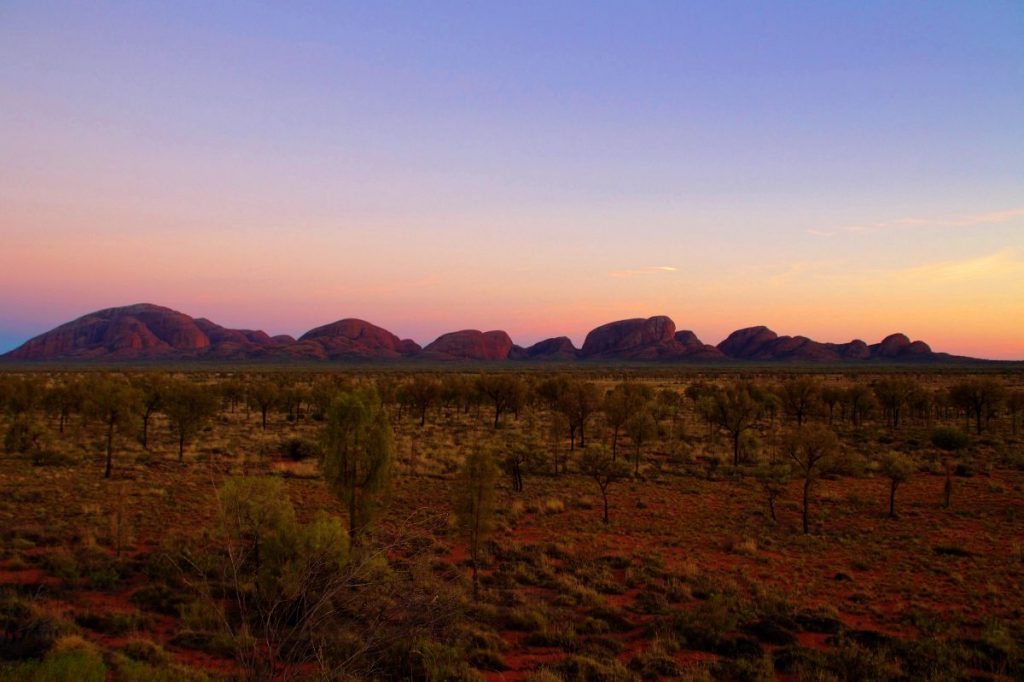 We began walking through the Valley of the Winds. The first plaque we read was a beautiful introduction and reminder:

Our people have always shown respect when visiting this special place.

They would camp a short distance away and walk in quietly.

They would not swim in the waterholes. Women entered this area as well to collect food and water but always behaved appropriately.

Hold in your heart the knowledge that this is a special place.

Enjoy this place as it is. 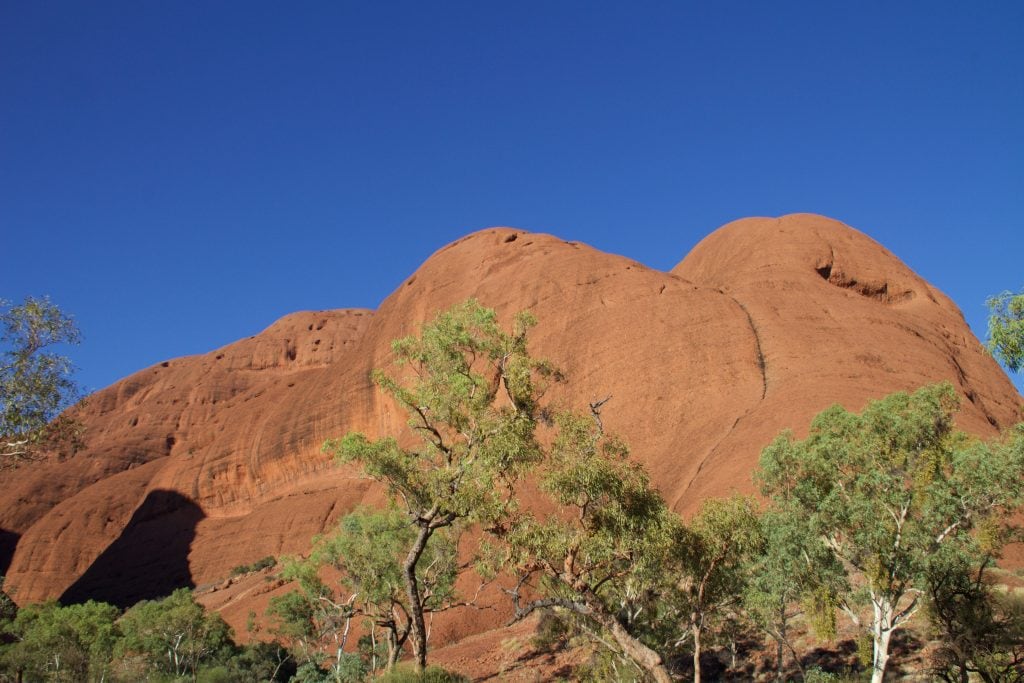 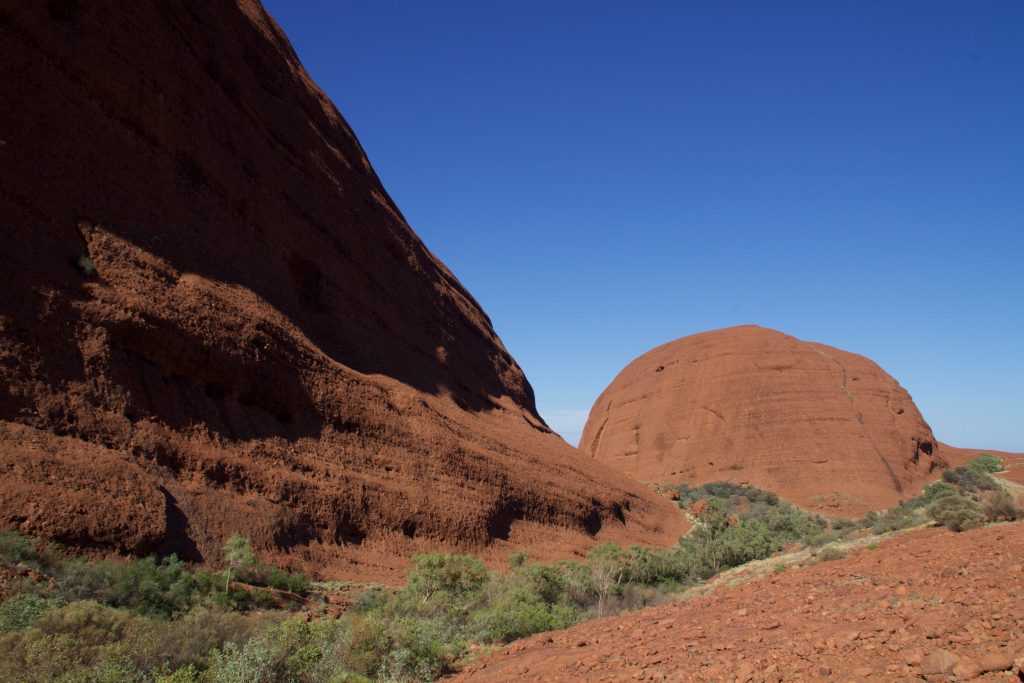 The walk is on steep and rocky terrain, but the views of the Valley and Mt. Olga are absolutely worth it! 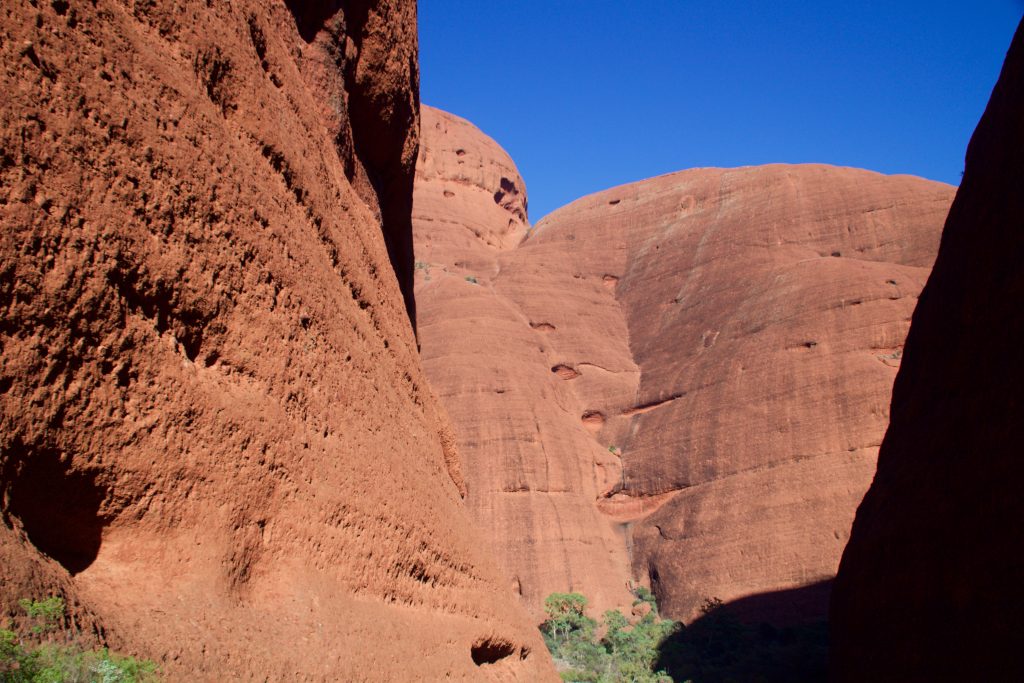 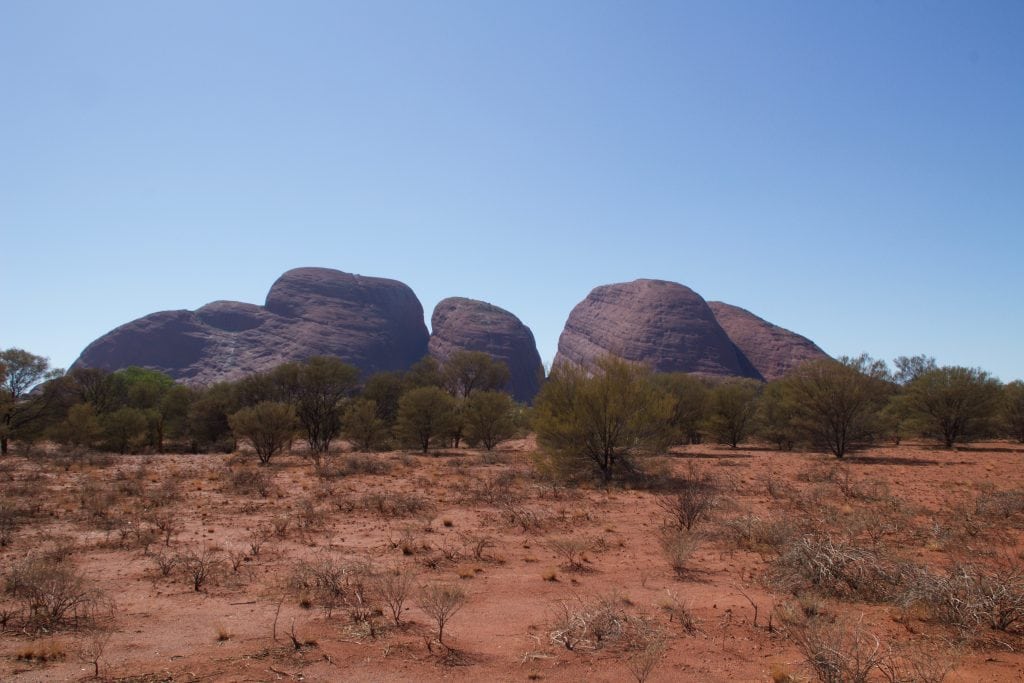 Before making our way from Kata Tjuta to King’s Canyon, we stopped briefly at our Yulara campsite for a quick lunch. I scarfed down my food in order to make time for the Ewing Lookout.

To be able to see our campsite to my left, Uluru straight ahead, and Kata Tjuta to my right was just incredible. 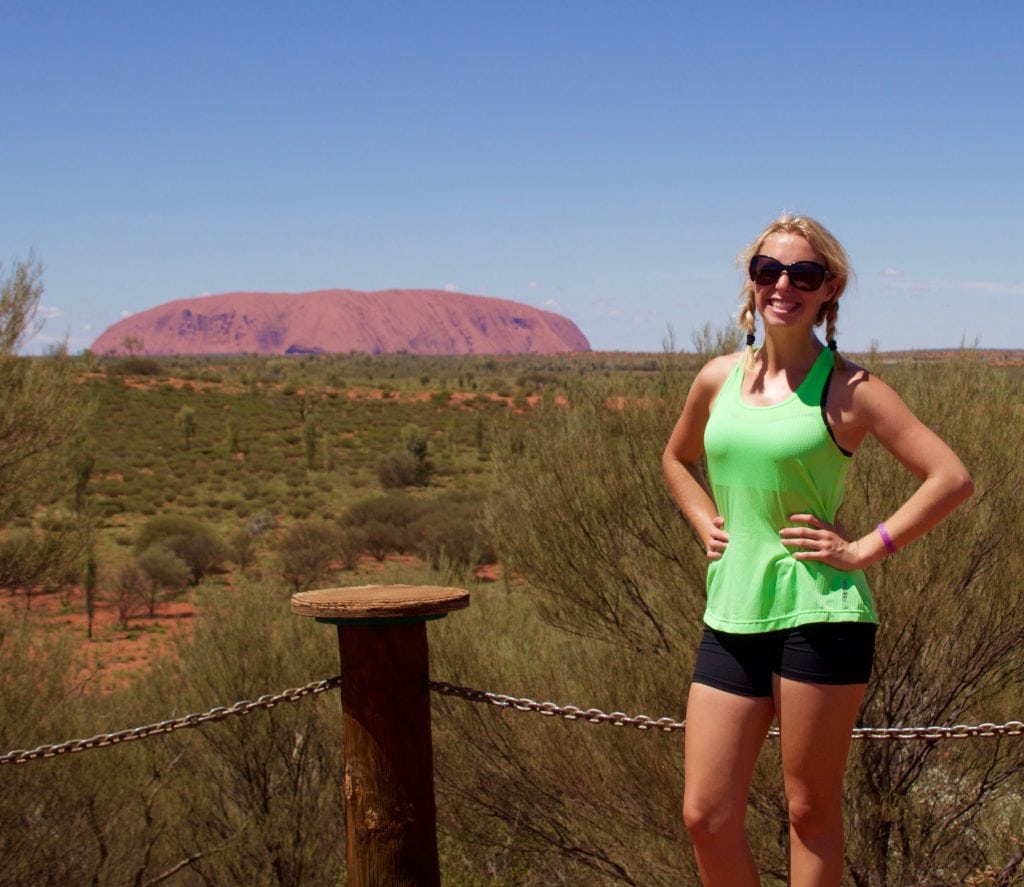 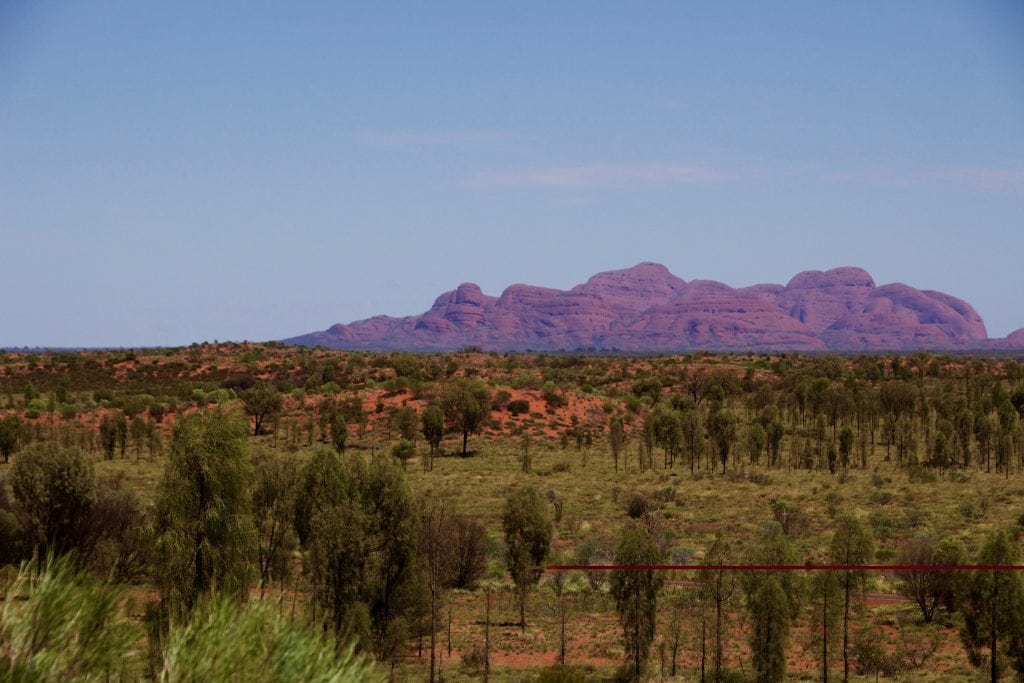 On the six hour drive from Kata Tjuta to King’s Canyon, it began to drizzle. We were dropped at King’s Canyon Resort to go for a swim and/or grab a drink while David continued further along to set up EmuRun’s bush camp of the night. Soon after he left us, however, it started to downpour. The heavens opened up, and didn’t stop. By the time David drove back to get us, the dirt road to our bush camp was being washed out, so we needed to shuffle into the truck fast! It was as if we were driving through rivers to get there. 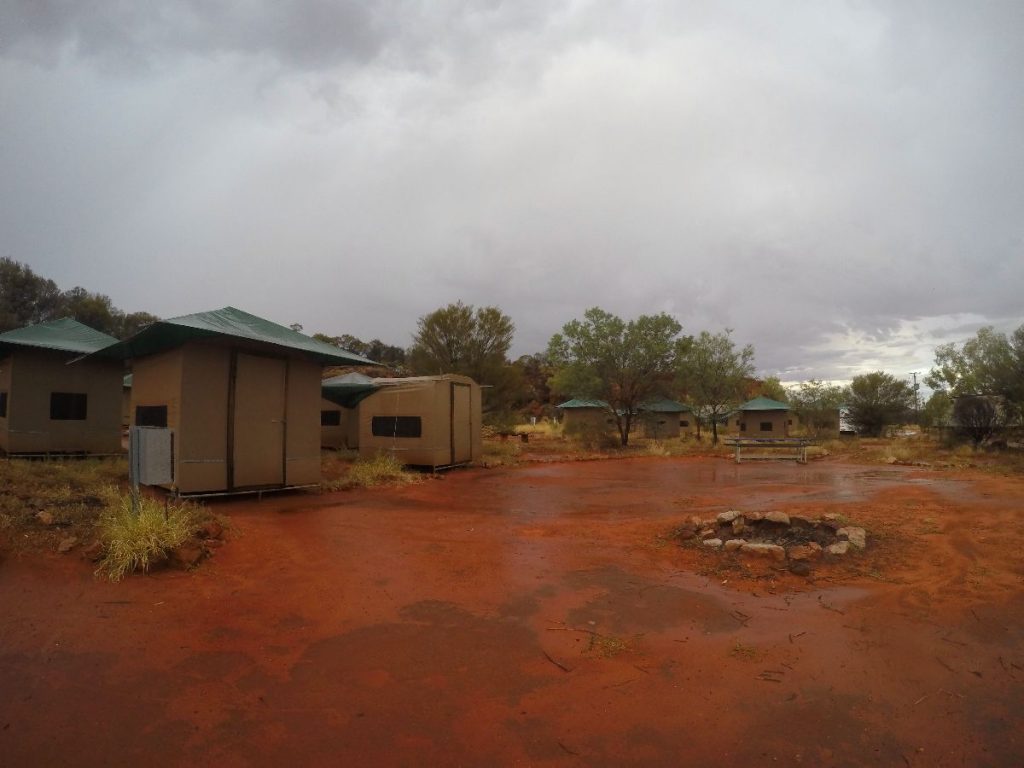 When we arrived, we were assured that we most definitely would not be sleeping outside, but could stay in any of the permanent tents on site. What a relief! As David finished cooking up dinner, my friend and I decided to go play in the rain, and had an absolute blast while doing so! 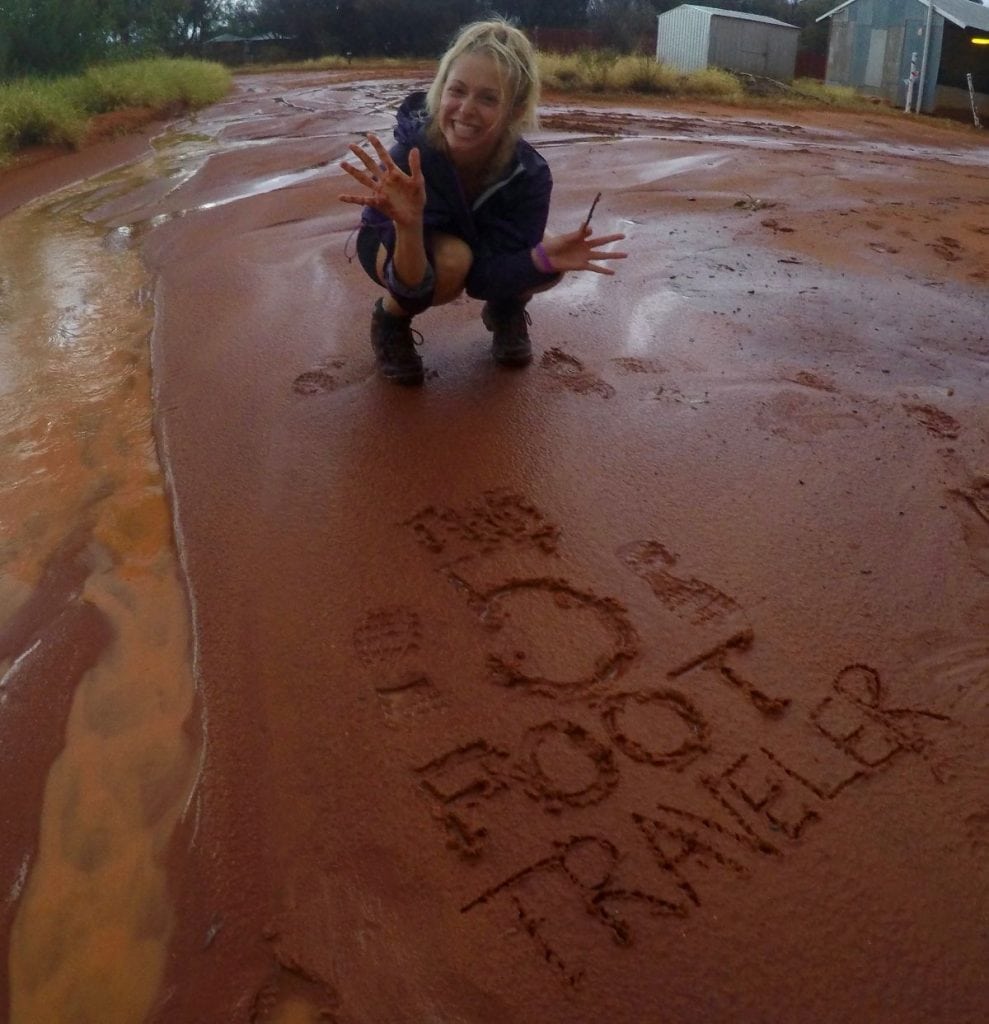 That night, we had a traditional Aussie BBQ stacked with steaks, kangaroo meat, scalloped potatoes, couscous salad, and pasta salad. While that was the first kangaroo meat that I had tried, I’m not sure I’ll ever find someone that makes it quite like David — it was incredibly tasty, lean, and succulent. People had warned me that kangaroo tasted quite gamey, but I didn’t find that to be the case in the slightest.

After a quick night excursion to look for insects and animals, we crawled into our tents for the night, but not before I saw this in the girls bathroom… 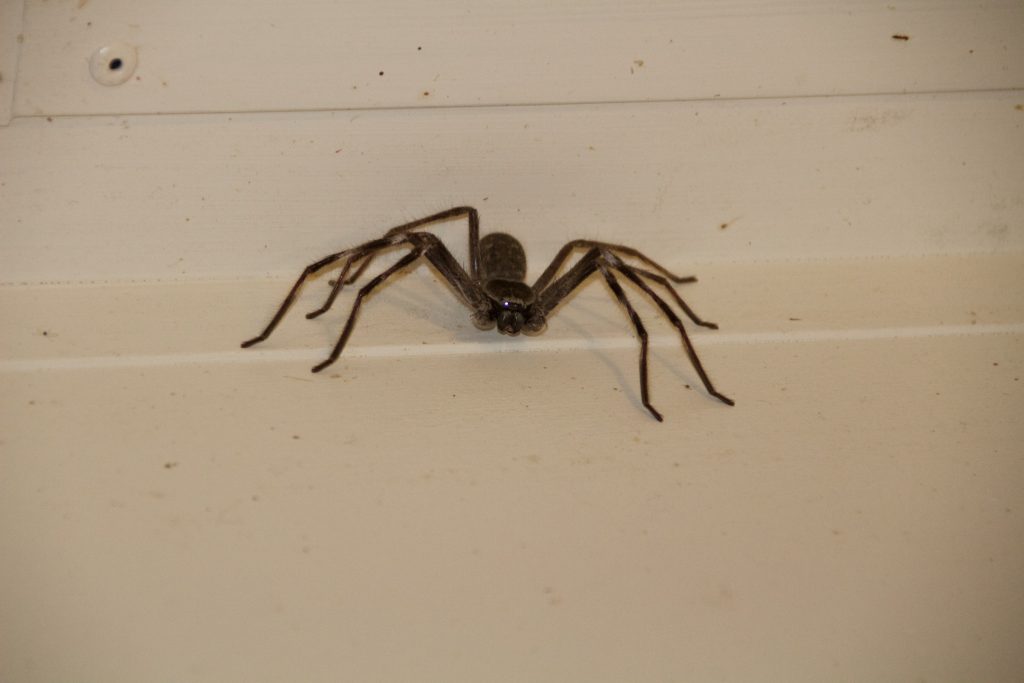 At least I knew that no other bugs would be bothering me that night! 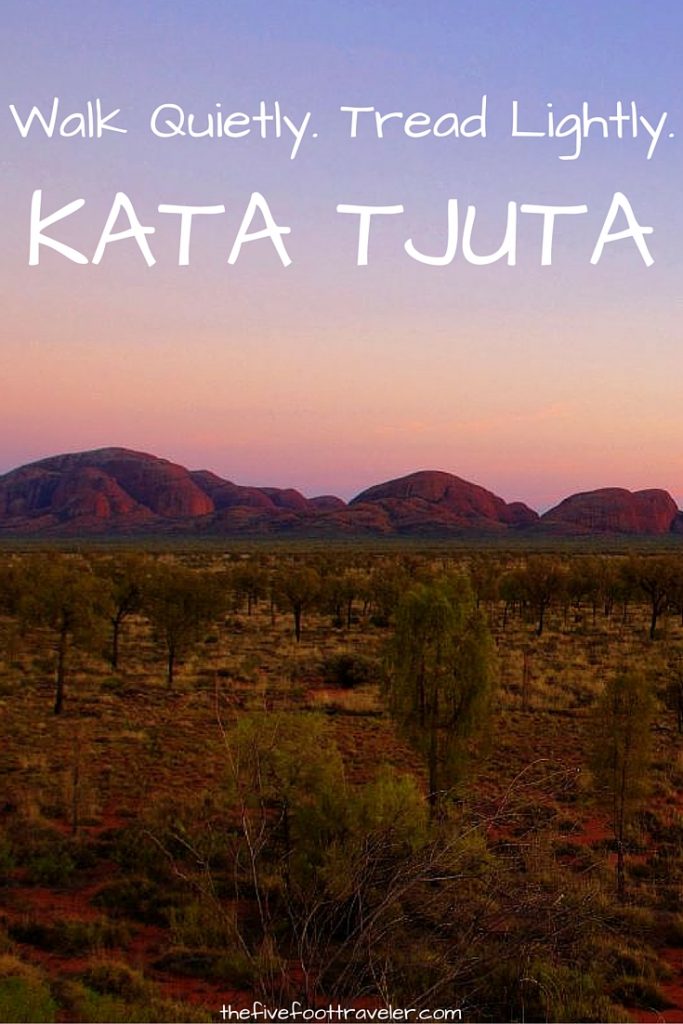 **Special thanks to EmuRun Experience for sponsoring our tour. As always, all opinions are my own.