I slept restlessly that night and woke up around 5am to check the time. A text showed up from my mother saying that David and I might need to re-think heading back to Jerusalem later that afternoon. When I asked why, she sent me a link to an article: “Palestinians shooting into Israel. Israel retaliating by attacking 20 terror sites. Alarms being set off in Jerusalem.” Fantastic (please note the sarcasm). We spent the morning trying to figure out where would be the safest place for us to go, if Jerusalem was out of the question. We had decided to go to Sinai then Tel Aviv, but after much consideration we opted to head back to Jerusalem as planned.

With that figured out, we went downstairs for yummy breakfast. The Eilat Youth Hostel definitely has the best breakfast spread I have ever seen at a hostel. We hailed a cab and headed toward Dolphin Reef. The cab driver was so friendly and we chatted the entire time. I told him that I want to come back and work on a Kibbutz and he said that after a week of working on one I’d call home saying, “Mommy come get me. It’s too harddddd.” It was hilarious and we had quite the laugh. Upon entering Dolphin Reef, we were struck by its beauty. It was virtually empty when we arrived, so it was just us, the glistening water, and the dolphins. 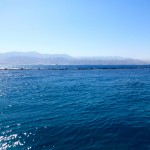 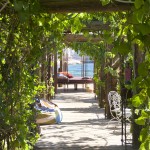 It really was quite a unique area. The snorkeling was a major letdown and a waste of time, but oh well. 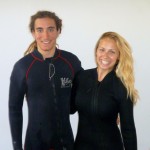 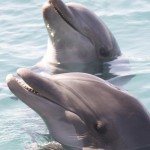 We spent the rest of the day relaxing (and unintentionally frying) on the beautiful beach, and made our final decision to catch the 4:45pm bus back to Jerusalem. We left Dolphin Reef, grabbed a quick falafel, and caught the four and a half hour bus. We stayed at the oh-so-fabulous Abraham Hostel in Jerusalem, watched some of the USA World Cup game in the overcrowded and rambunctious common area, and passed out for a few hours.