It’s a pretty special sight when you leave your tent before sunrise and see the Milky Way – we were headed to Dune 45, one of the world’s largest sand dunes composed of five million year old sand. People are allowed to climb the dune, so it’s necessary to get there early if you want to beat the crowds! Dune 45 didn’t look that tough so we started quickly and, subsequently, burned out quickly; my shin splints started acting up pretty badly, making the climb rather painful. At last, we made it! Because we were the first group up the dune, it was just us perched on top of the sand dune watching the sunrise over Dune Valley. 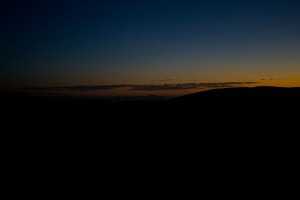 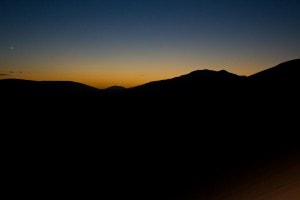 We sat, soaking it all in, for quite a bit of time. It was an indescribable moment. After a while, we ran down the sand dune to be greeted with a French toast breakfast. 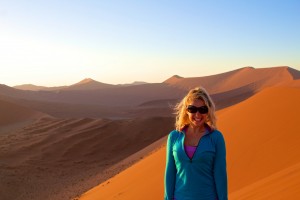 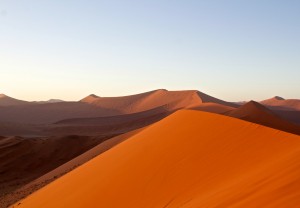 We continued on, driving 18 km and switching to 4x4s to access Sossusvlei and Deadvlei. Sossusvlei means “dead end” and it is home to the “crazy dune,” also known as the “big daddy” because it is the largest sand dune in the world. Rather than attempting to climb the crazy dune, we headed straight to Deadvlei (except for Rich, who conquered the dune in 42 minutes). 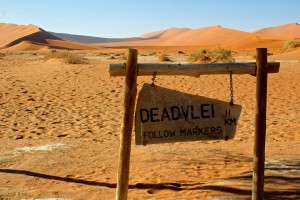 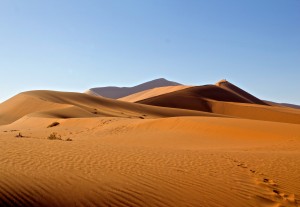 800-900 years ago, this area of Namibia got extremely dry, which caused the acacia trees to die. But, when they died, there was no moisture in the air, so the trees couldn’t decompose; it left a big salt pan in the middle of the desert with dead acacia trees. 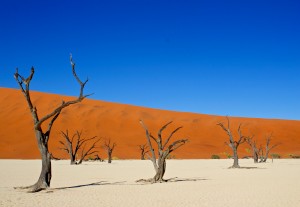 Deadvlei was a real “wow” factor and the iconic Namibia that you see in photos. It was sweltering hot, and walking the 1.1 km there and back was a killer, but 100% worth every droplet of sweat. The orange sand dunes juxtaposed against a cloudless blue sky left me breathless…that, and the heart. Add in a few really dead trees, and it makes for an outstanding sight!