Chefchaouen, Morocco. The Blue City. The one city in Morocco that I’d yearned to see for years. I had first wanted to visit Morocco four and a half years ago when I was studying abroad in Florence, Italy. At the time, I wasn’t comfortable making the trip on my own and, since none of my friends felt like journeying to Africa, I was unable to visit. When planning our most recent Eurotrip, however, Morocco was one of the first destinations added to our itinerary. This time, I had no excuse. 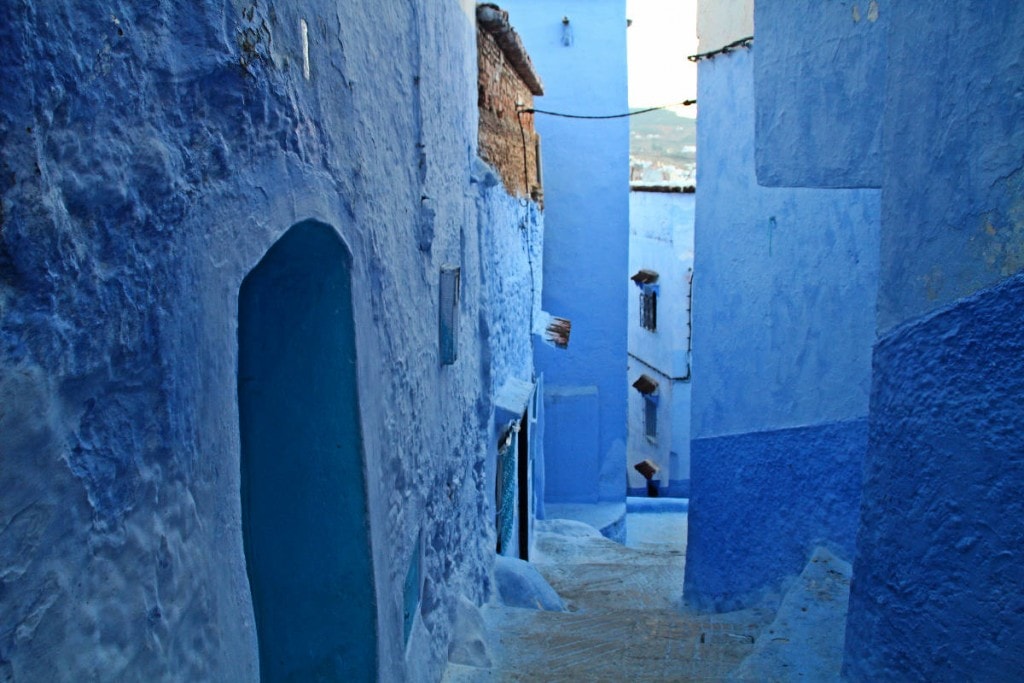 We took the ferry from Algeciras, Spain to Tangier, Morocco. It was so easy, we thought we were in luck. We weren’t. We had decided to pick up our rental from Tangier, Morocco, city center. Why we ever thought this would be easier is beyond me. It takes about 45 minutes and $30 USD by taxi to get to Tangier in the first place. Then, our taxi driver couldn’t find the Budget Car Rental Office. We drove in circles for an hour and a half, got and changed a flat tire, and finally found the office located on a pedestrian street! This set us back quite some time, delaying our two hour drive to Chefchaouen, the village in Morocco I was most looking forward to visiting. The driving was…difficult to say the least.

We arrived in Chefchaouen around 4:30pm, with an hour to wander the village before sunset. We found a guarded parking lot at the base of the Medina (Old Town), and later found out that it cost us the equivalent of $3USD for the car to be parked there overnight. First things first: time to find our hotel, Riad Rifandalus! The thing about this tiny blue village is that there’s no such thing as street signs in the Medina (Old Town). We asked person after person in broken French where we could find Riad Rifandalus and after about thirty minutes of walking around, we finally found it! I’d heard quite a bit about how fabulous Morocco’s Riads were, and we surely weren’t disappointed in our first experience at Riad Rifandalus!

Upon walking in, we were greeted by a very friendly man who brought us to our room, a very spacious triple with an adjoining kitchen. The decorations were typically Moroccan, and the room was as cozy as could be. The room even had it’s own air conditioning and Wi-Fi, which is rare and always appreciated in Africa! Let's take a look inside: 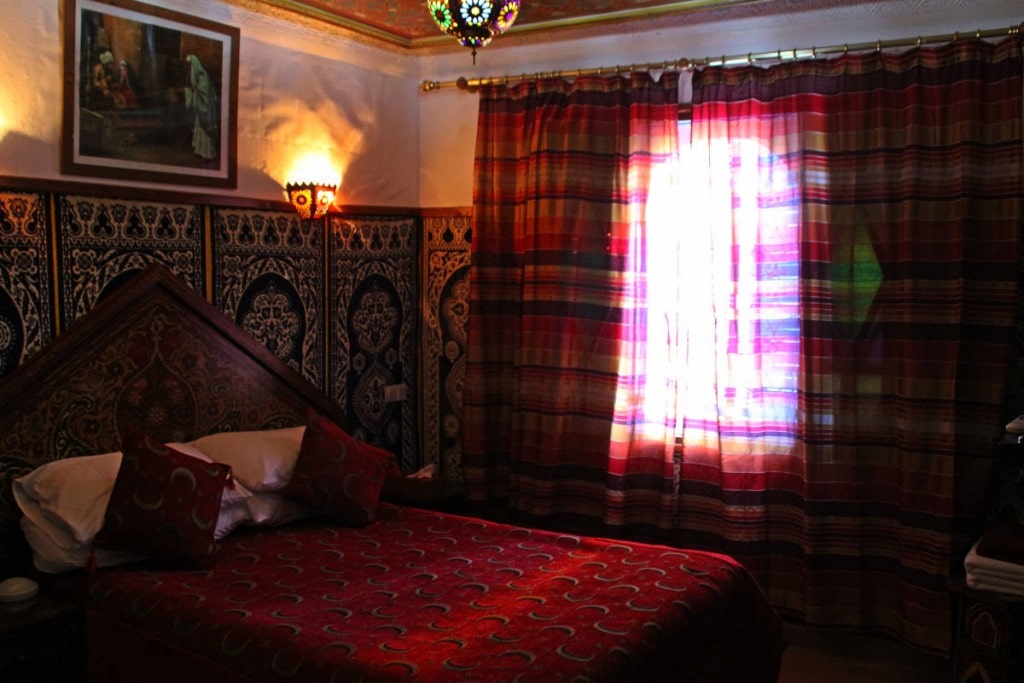 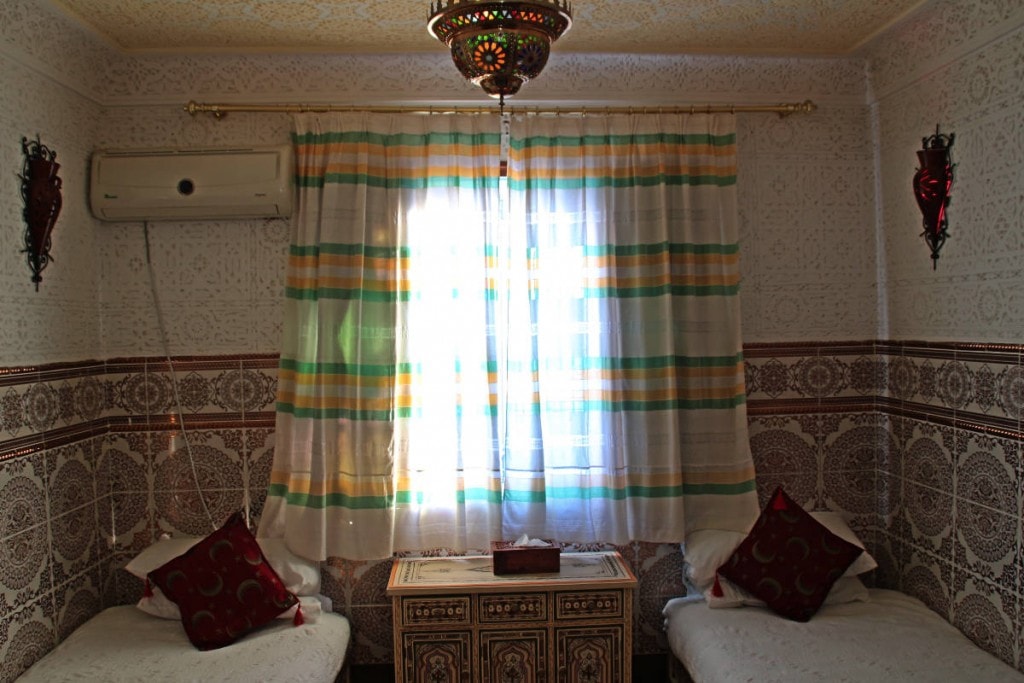 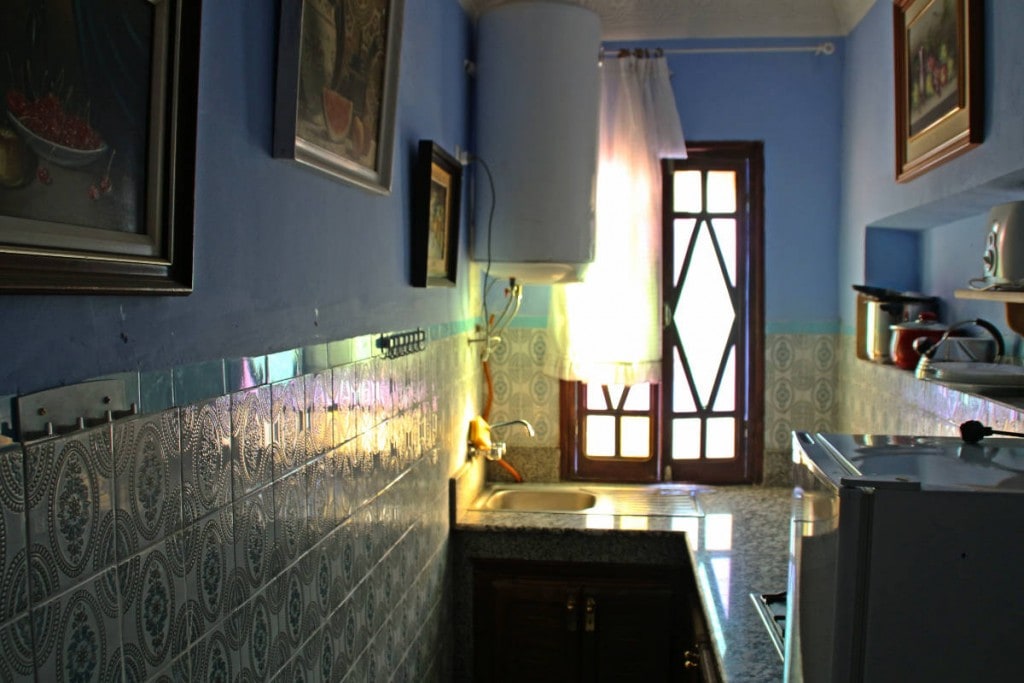 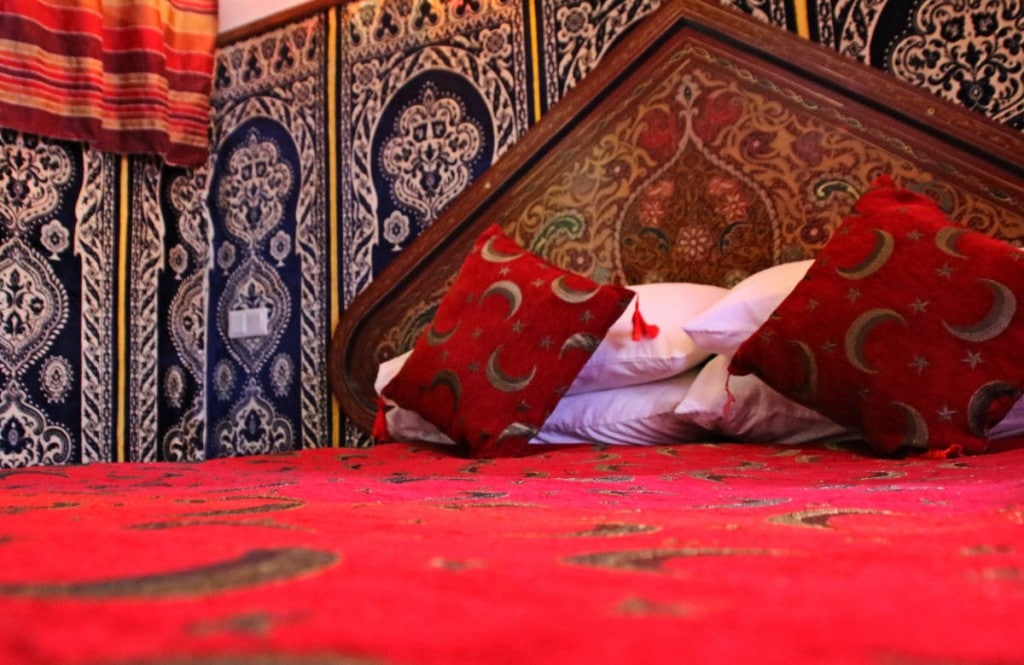 We were told that checking out the roof was a must, and I’m sure glad we did! Check out this absolutely stunning view of Chefchaouen from above:

After taking in the sights from above, we decided to wander around Chefchaouen for our last hour of daylight (and luckily, without our backpacks!). The pedestrian-only Medina consists of many windy, narrow, cobblestone passages among the blue and white houses. It’s honestly one of the most photogenic cities I’ve experienced. The blue houses originated sometime in the late 15th century during the Spanish Inquisition, when Spain expelled the Jews from the country. Forced to flee, some of the refugees settled in nearby Morocco, specifically in Chefchaouen; they painted their houses various shades of blue to ward off evil. Even though Morocco is largely Muslim today, the Medina remains blue and colorful. 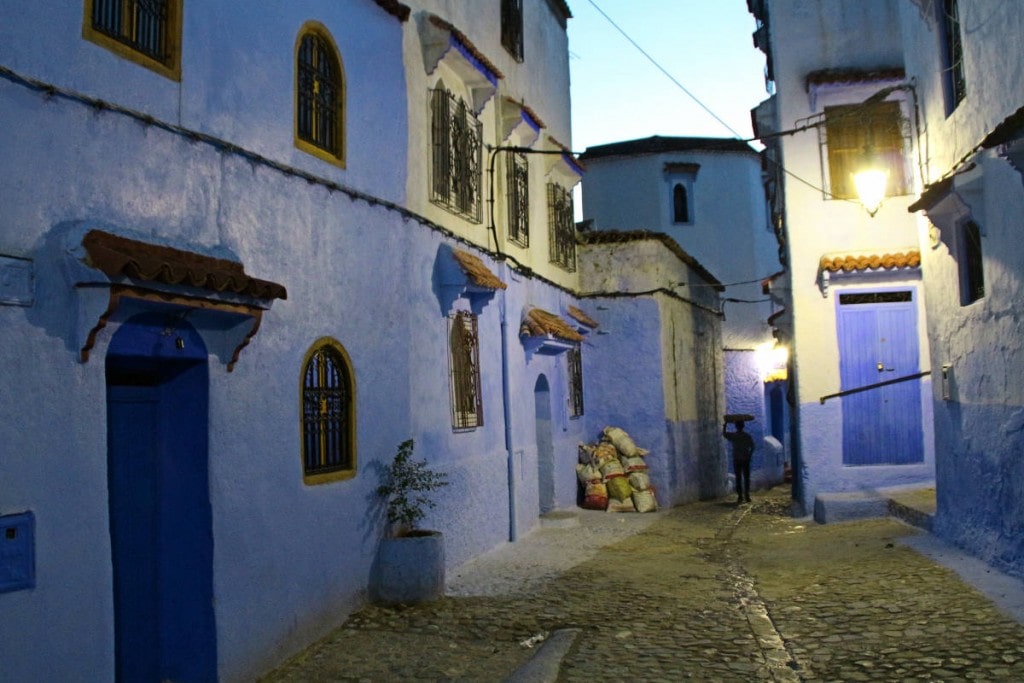 While there isn’t necessarily much to do in Chefchaouen, it’s most definitely worth visiting for at least one afternoon and evening. The village has a very traditional feel and doesn’t appear at all overwhelmed by tourists. Here, you’ll get a great dose of Moroccan culture, without the claustrophobic feel of a city like Marrakech. 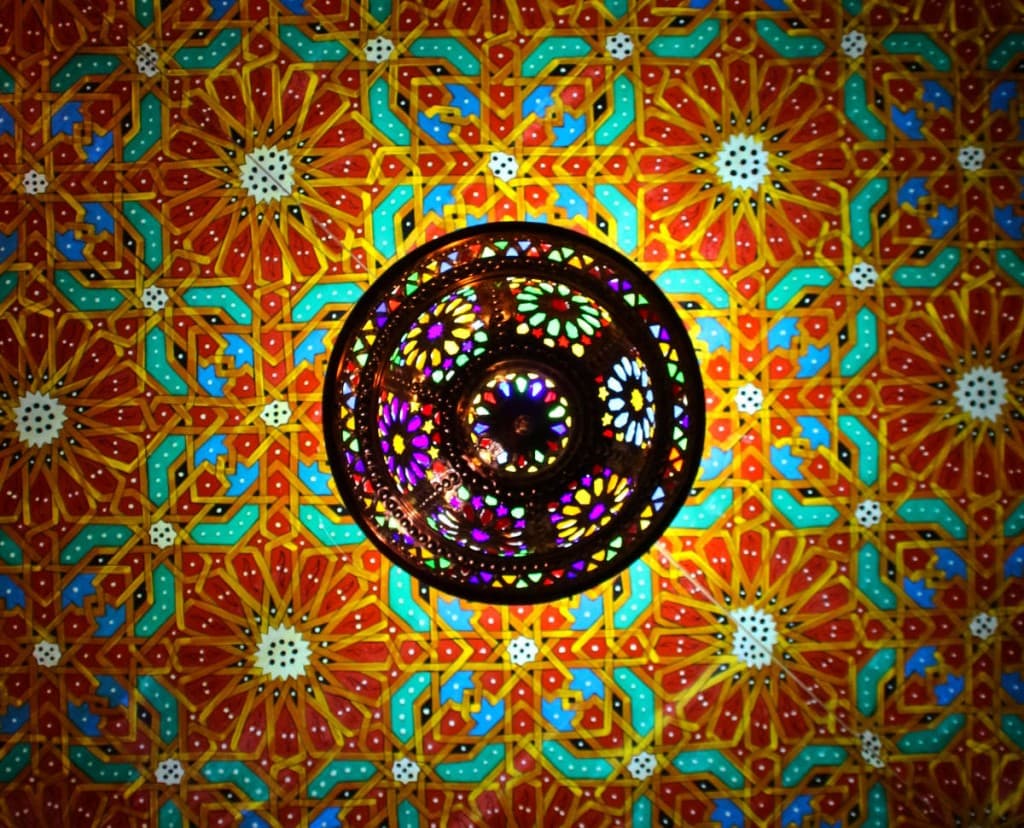 After strolling through Chefchaouen in the dark, we wandered back to Riad Rifandalus and had an early night. After a restful sleep, we were sent to the rooftop patio for breakfast; Riad RIfandalus doesn't just offer a spectacular view, but delicious food as well! We were served Moroccan tea while we waited for our food to be ready. Well, the brief wait was entirely worth it — Riad Rifandalus put more food on the table than possible for the three of us to eat, and it was quite tasty! 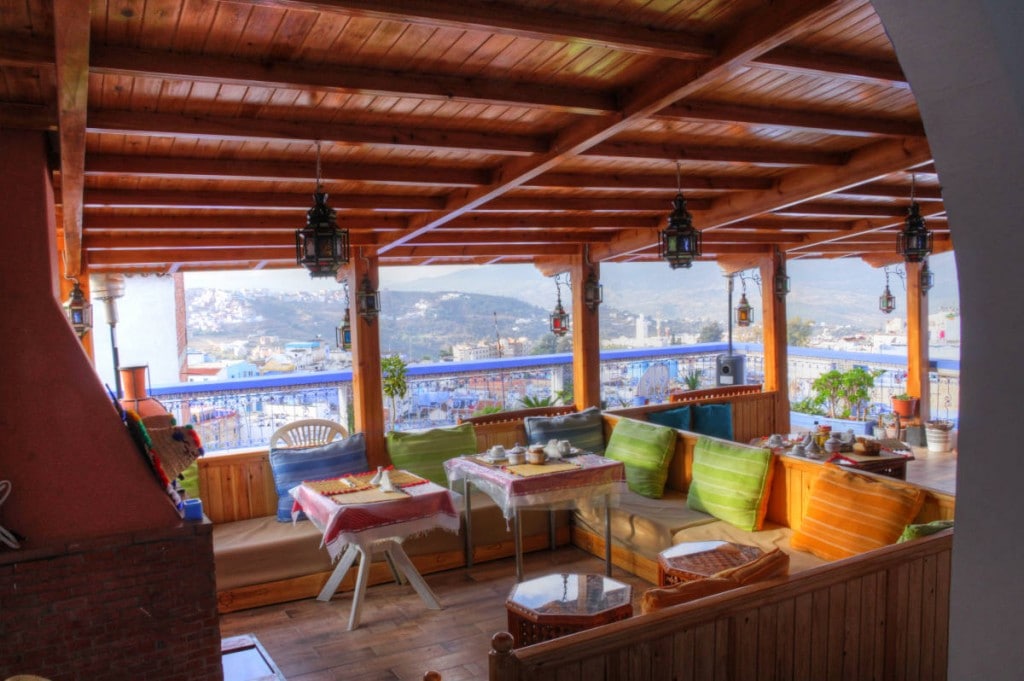 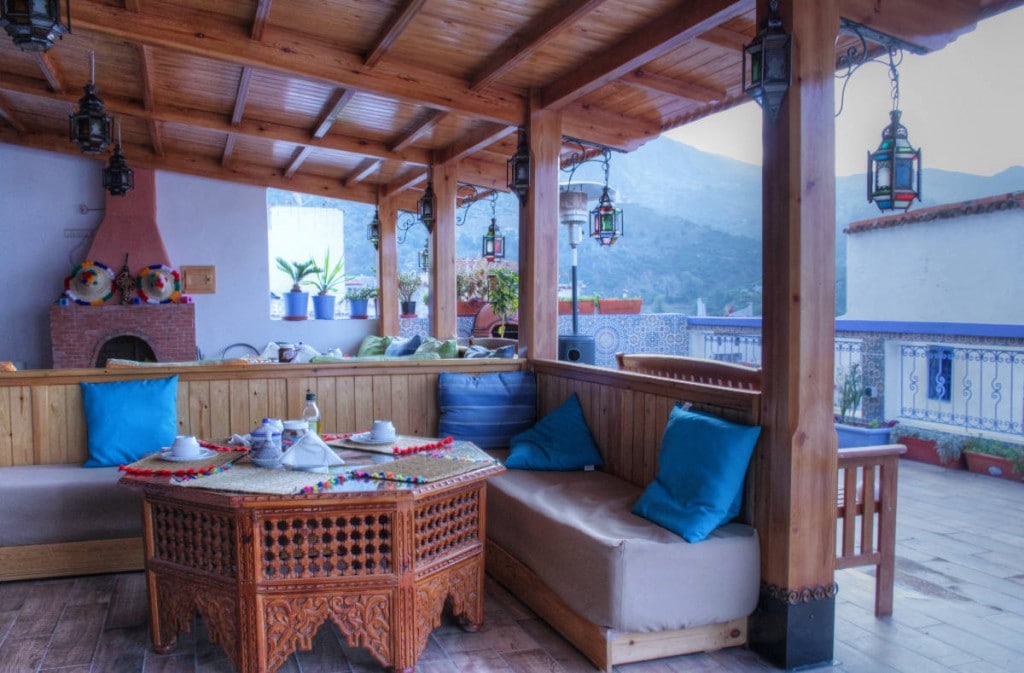 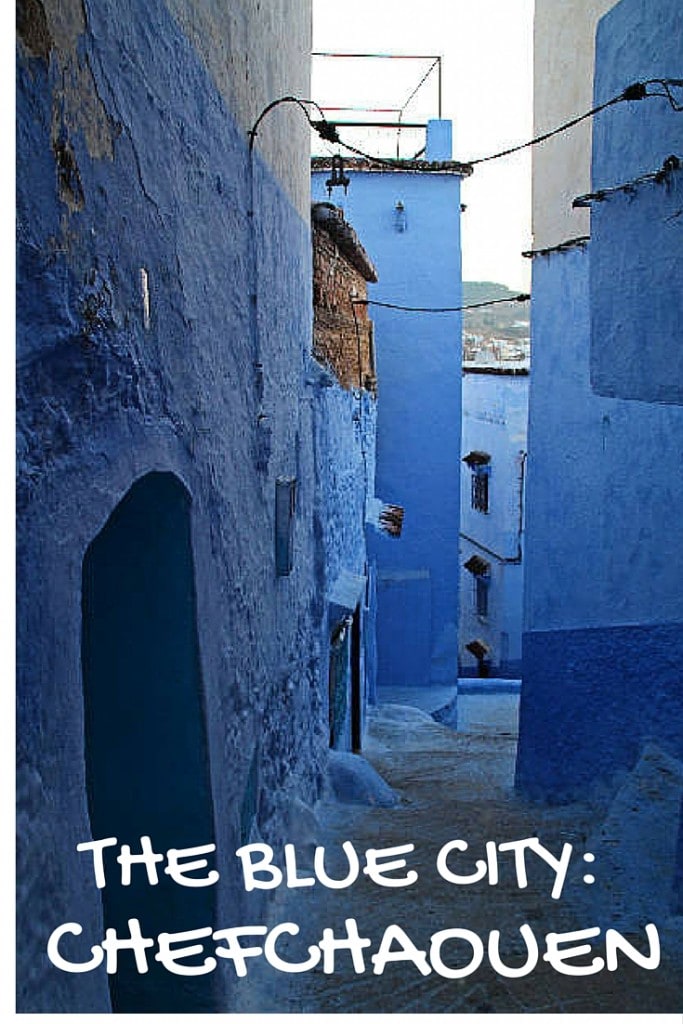 **Despite being hosted by Riad Rifandalus, all opinions are my own.