5 Things To Do In Fukuoka

To end my three and a half week Japanese journey, I spent two nights in Fukuoka. I was originally supposed to continue further into Kyushu, but it was rattled with disastrous earthquakes the day before I was supposed to move South. While I was thankfully safe, some small tremors were felt as far north as Hiroshima. In the future, look out for a post on what it’s like to be in a country when a natural disaster occurs. In the meantime, I found Fukuoka to be an enjoyable city and used it as my gateway to Busan, Korea. Below, you can find 5 things you must do while visiting Fukuoka!

1. Check out some Shrines and Temples, you’re in Japan after all!

Fukuoka’s Gion area is full of temples, with my favorite being Shofukuji Temple. Shofukuji Temple, founded in 1195, was the first Zen Temple constructed in Japan. While you can’t enter the temple itself (or, at least, I couldn't), the temple grounds are impressive. 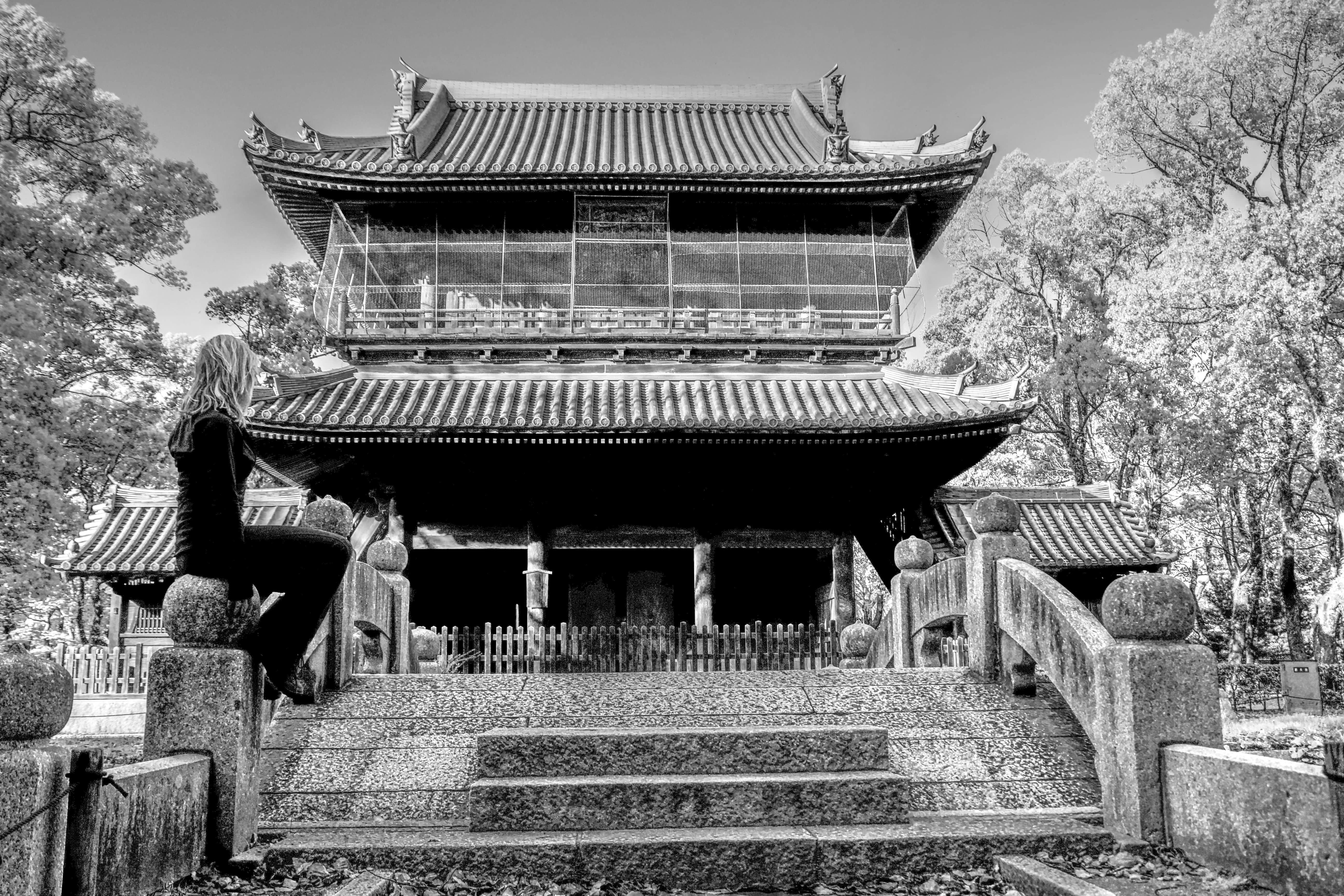 Next, head to the Tochoji Temple, established in 806. The pagoda is lovely, but the real reason for visiting Tochoji Temple is to see the largest seated wooden statute of Buddha in Japan. 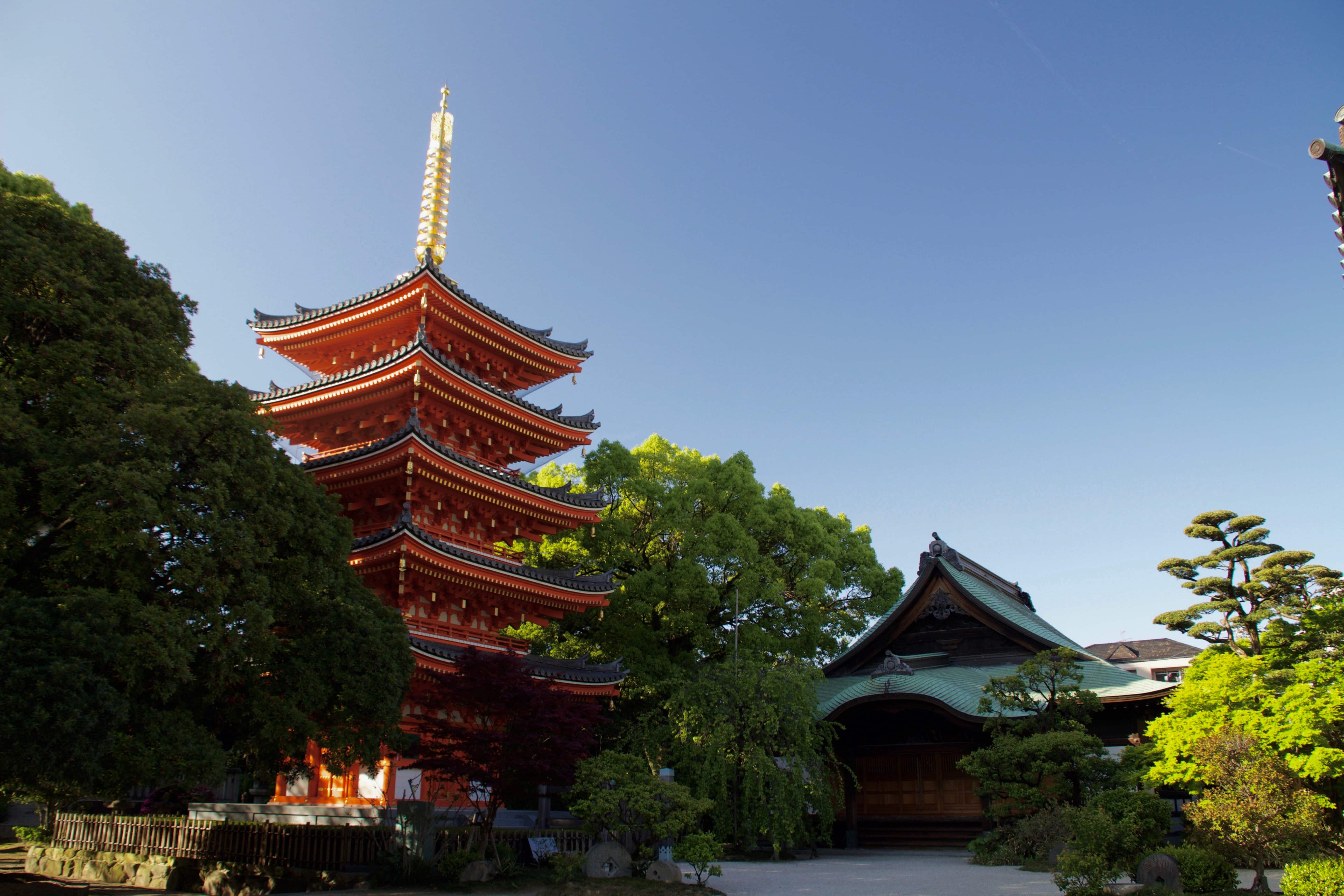 Unfortunately I had to snap a quick photo of the seated Buddha with my phone, but here it is nonetheless: 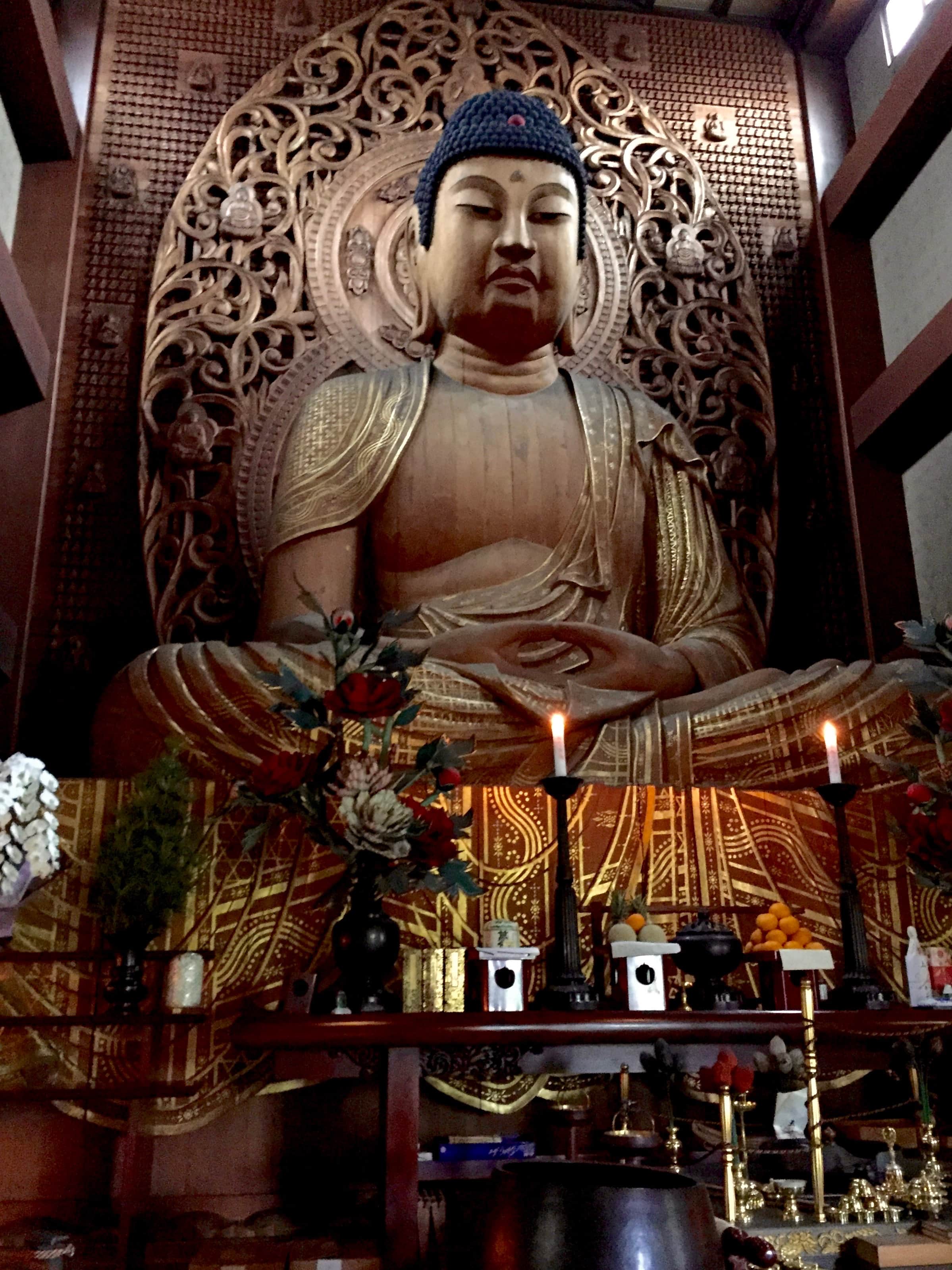 To cap off your spiritual journey through Fukuoka, stop off at the Kushida Shrine. Founded in 757, the is one of the most important shrines in Fukuoka. While it’s not in a beautifully peaceful enclosed space like Shofukuji, there are numerous interesting aspects to the shrine. Personally though, the Tengu Masks, with the really long noses, creeped me out quite a bit. 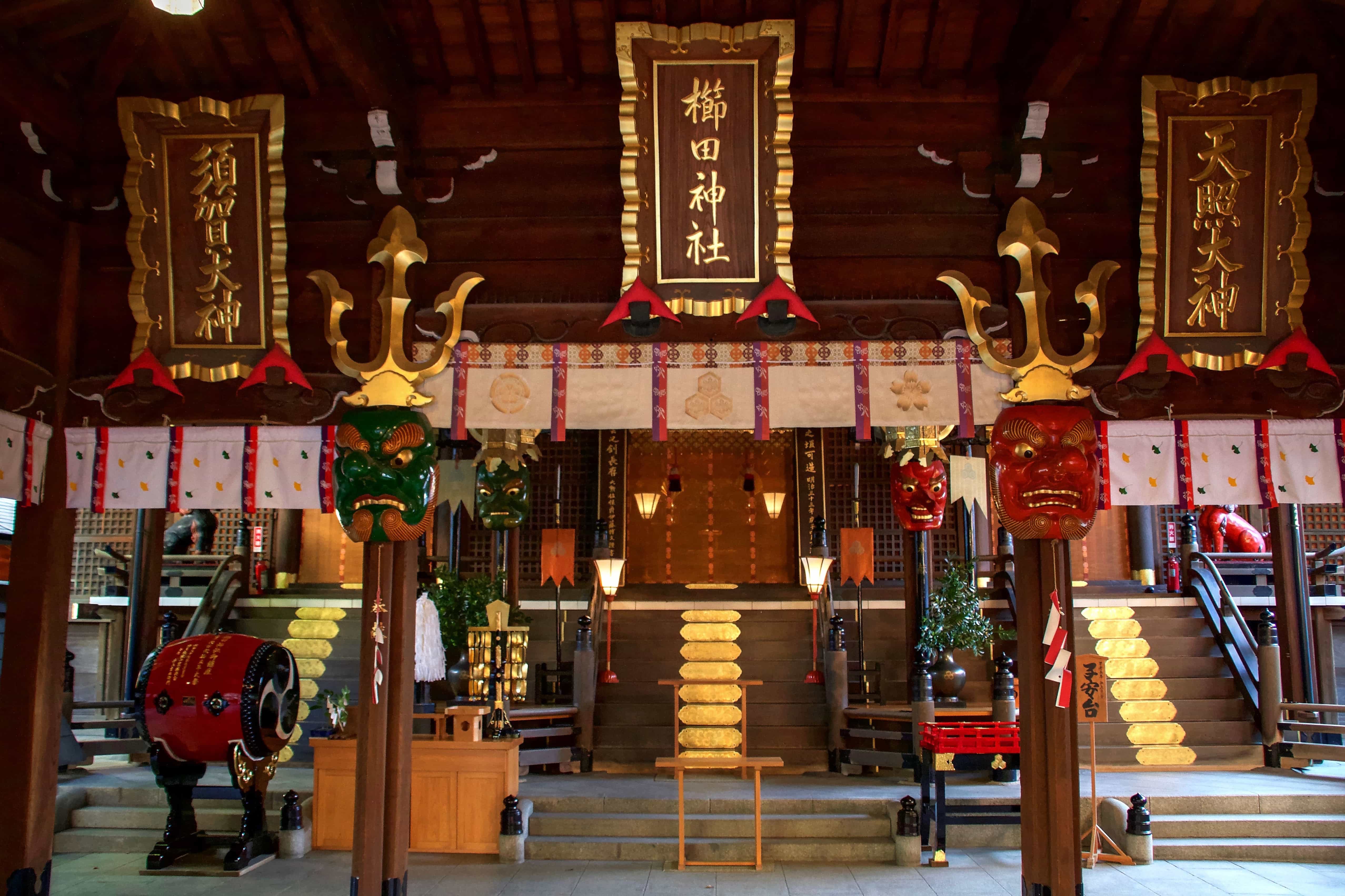 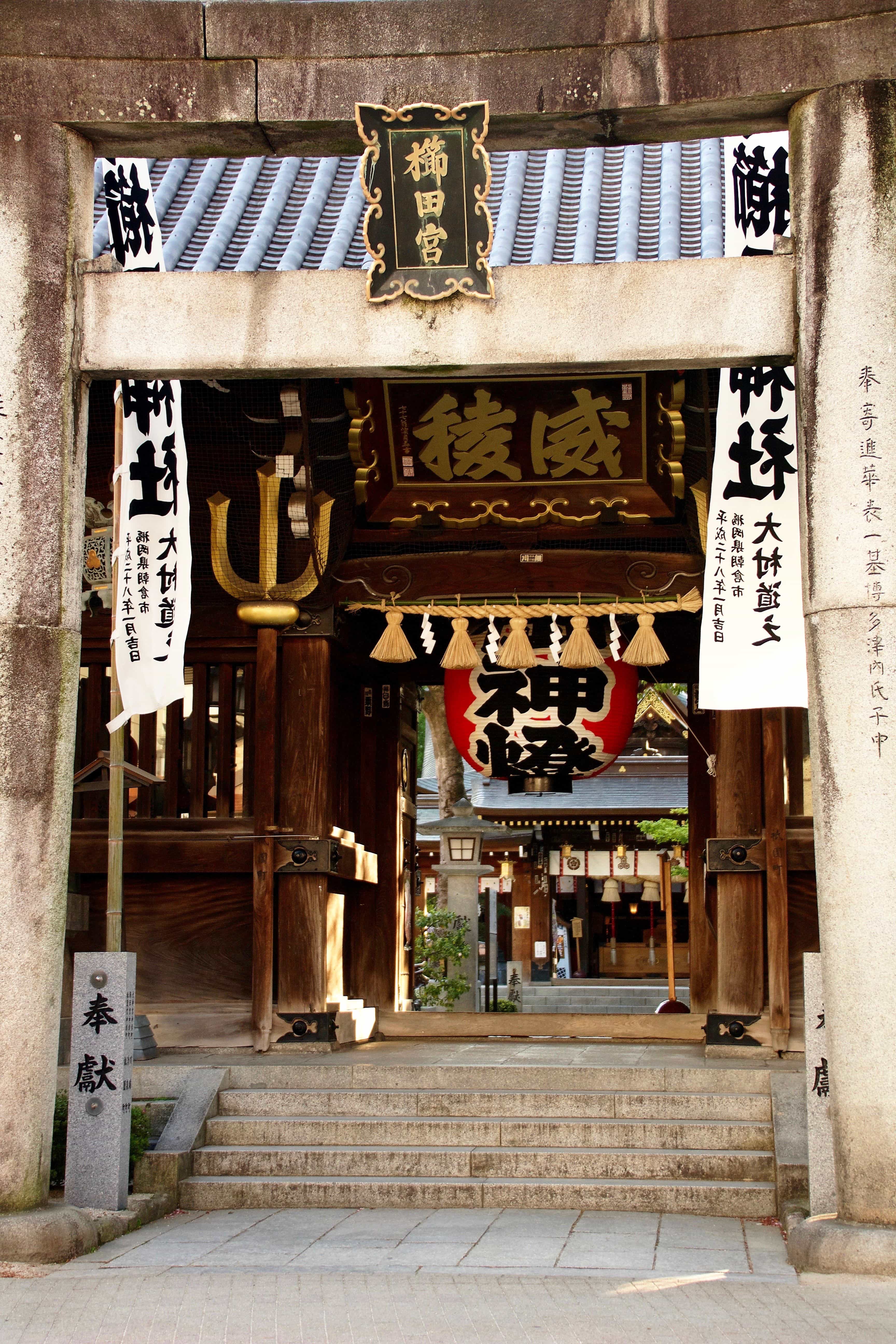 2. Prance through the flowers in Nokonoshima

When cherry blossom season had passed, I thought that that would be the end of my colorful springtime in Japan. But, I was wrong! Located about 40 minutes from the center of Fukuoka (including the 10 minute ferry) you can find Nokonoshima Island, which is covered in beautiful flowers! You can take an easy bus ride once off the ferry, but we decided to walk and get some morning exercise. Upon arrival, pay 1,000 Yen ($10 USD) and enter the some perfectly landscaped gardens. 5FT Tip: Try to arrive before 11am on a weekday, and you’ll enjoy having the gardens virtually to yourself. We had the opportunity to explore the perfectly manicured Livingstone Daisy Flower Field and Flower Path through the Azalea Garden. Bursting with color and exceptional views, we spent a while just taking it all in. 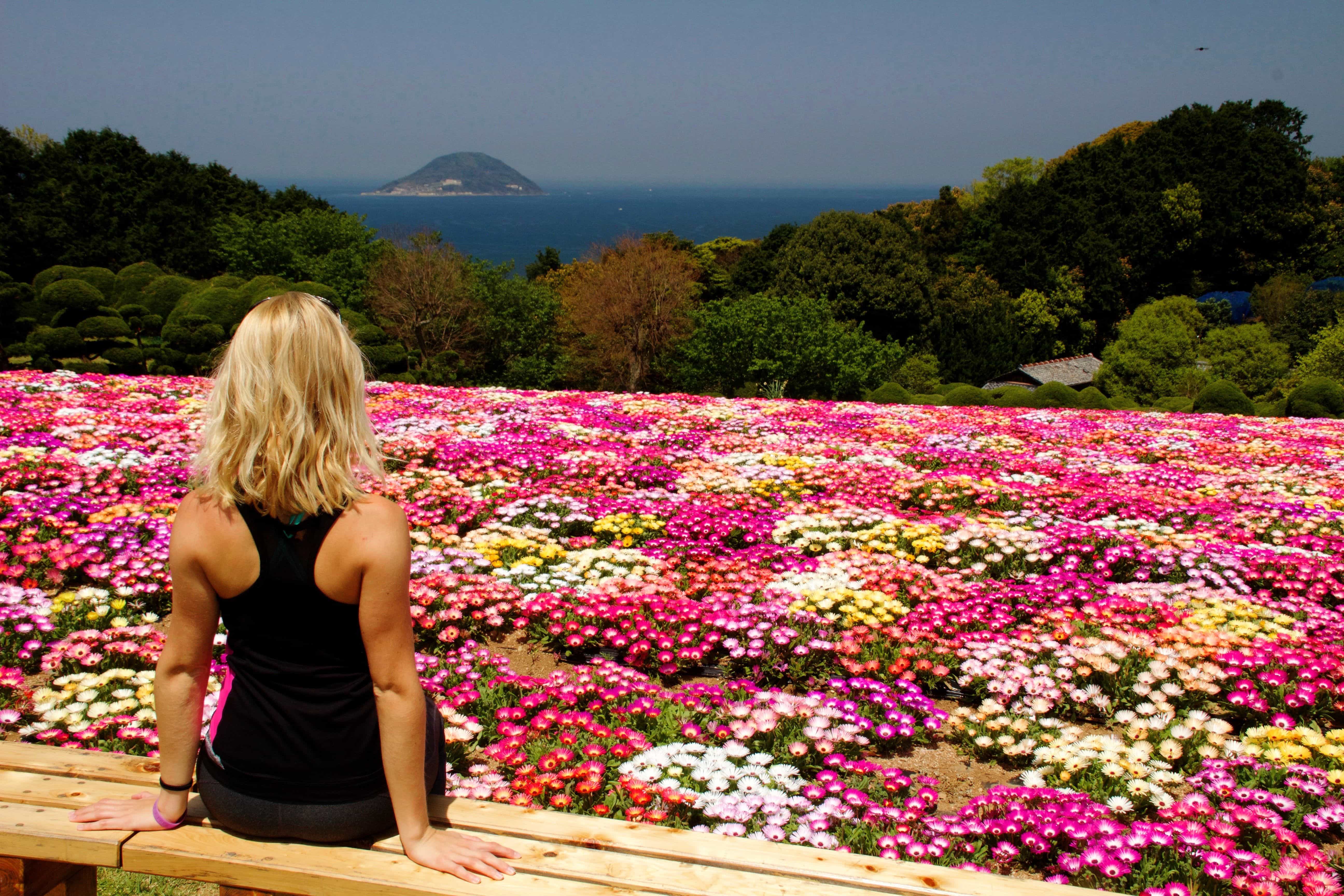 Nakasu is also known as the red light district of Fukuoka, filled with bars and clubs. While that wasn’t of much interest to me, it’s beautifully lit up at night and has some fantastic yatai (mobile food stalls, and very Japanese). If you’re not feeling street food, don’t worry because there are over 3,500 restaurants in the area! 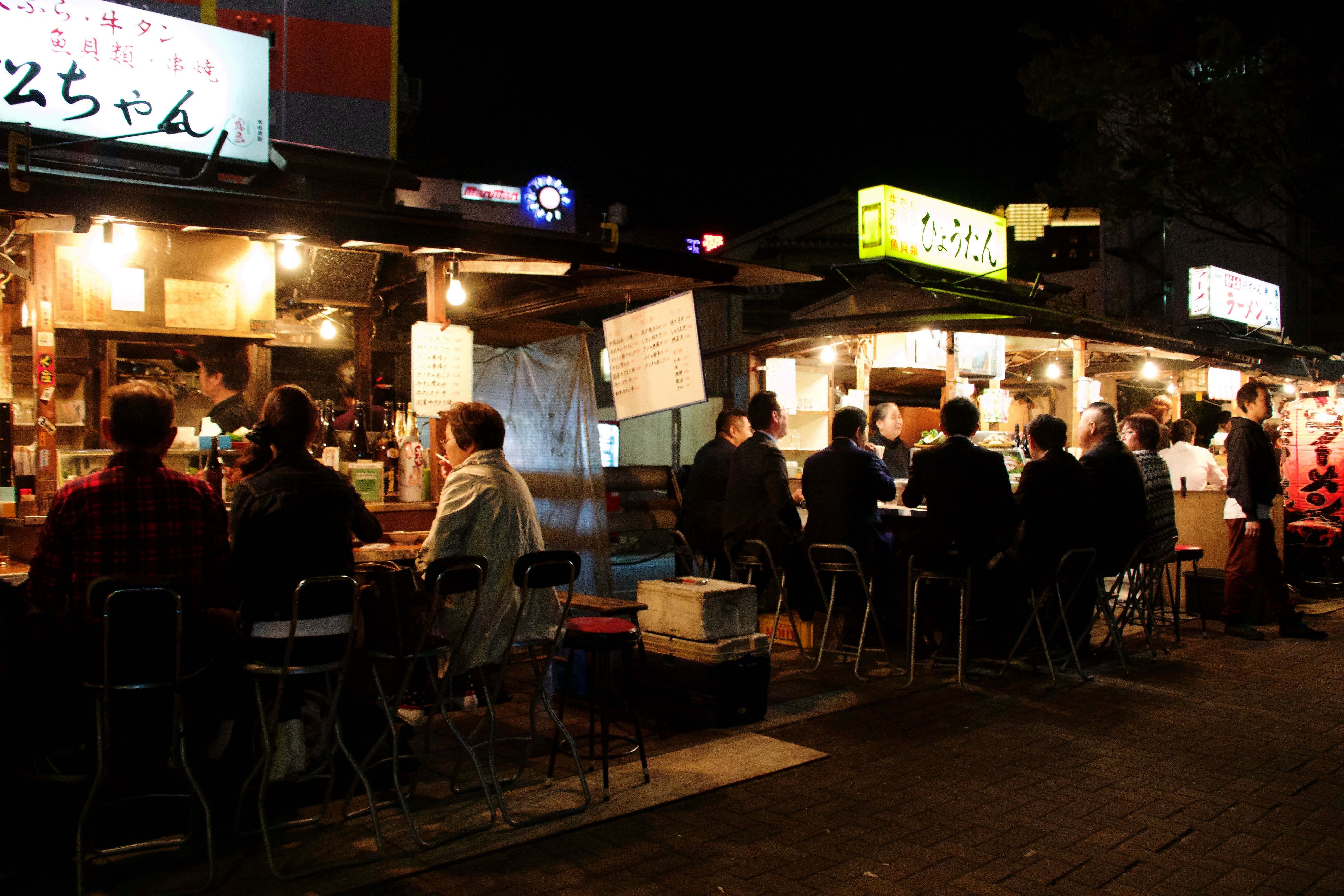 Tonkotsu Ramen, found in Hakata (Fukuoka) is known as some of the best ramen in Japan and most definitely the most famous food in Fukuoka. Handmade ramen, pork bone broth, and big pieces of pork make this quite a tasty dish. The portions are also huge! 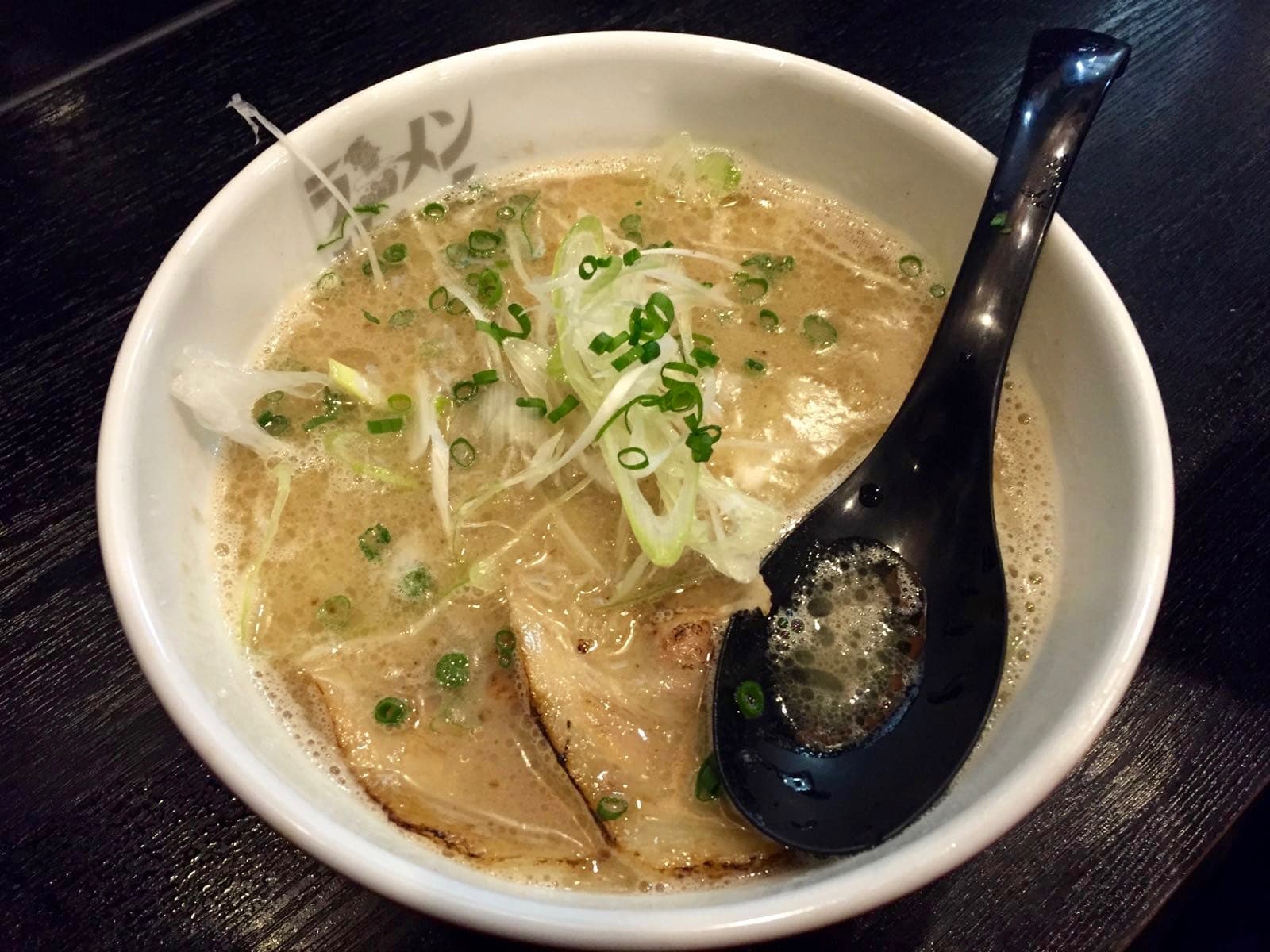 5. Wander Maizuru Park and take a look at Castle Ruins

Located in the center of Fukuoka, you can find the ruins of Fukuoka Castle within Maizuru Park. Some of the gates, tunnels, and watchtowers have been preserved. 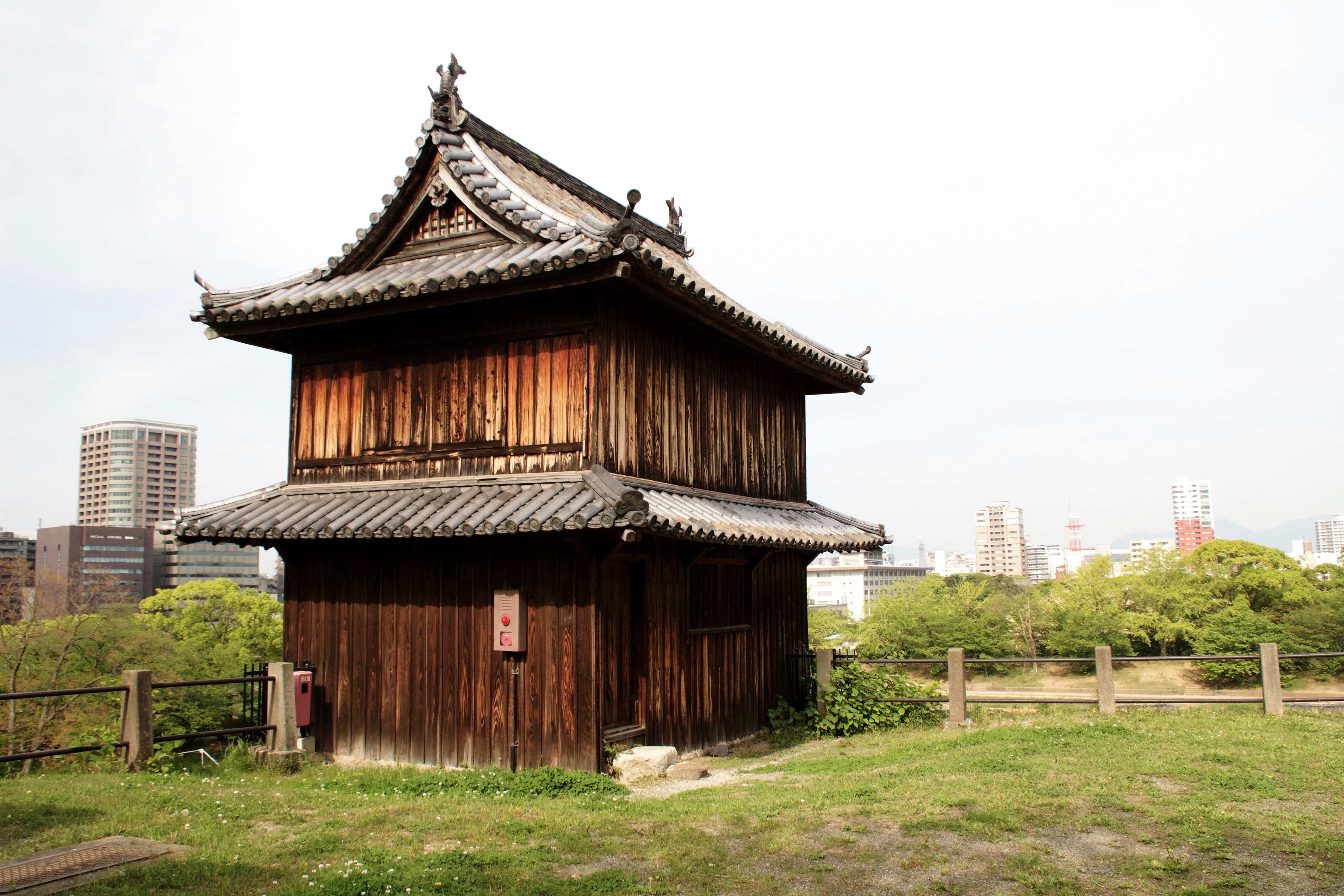 For me, the highlight of Maizuru Park were not the ruins, but the wisteria trestles! 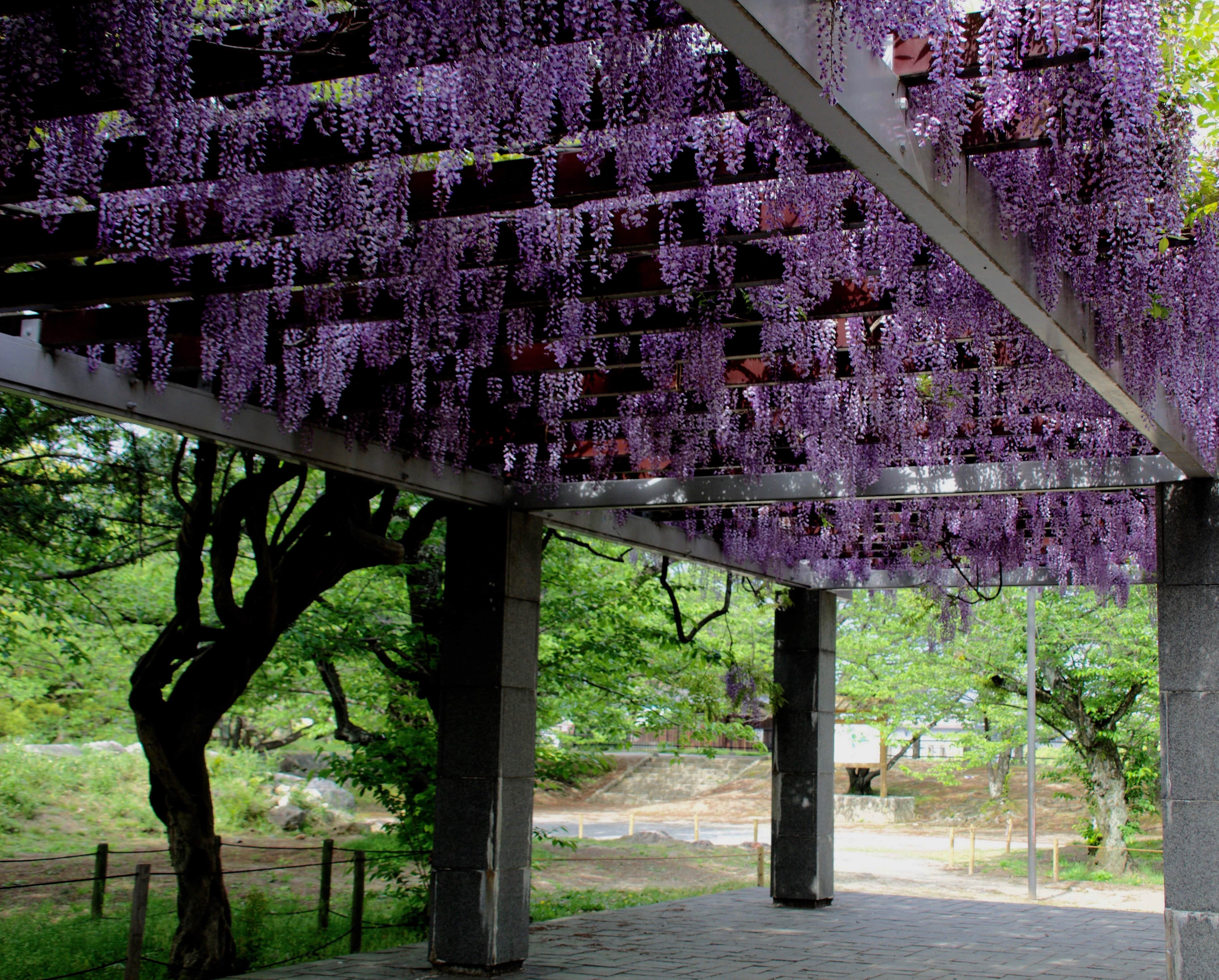 Listed as one of the most beautiful places in the world, the Kawachi Fuji Gardens are home to the outstanding Wisteria Tunnels, and it’s an easy one-hour day trip from Fukuoka! The bummer-part though is that the wisteria are only in “peak season” for about a week…and, sadly, that peak season started two days after I left Fukuoka to fly to South Korea. Like cherry blossom season, it’s hard to predict just when the wisteria will be in bloom, but if you’re in Fukuoka near the end of April or early May, be sure to check out the Karachi Fuji Gardens!

While in Fukuoka, I recommend staying at Guesthouse Kaine. It’s easy to access and centrally located, within walking distance to the entire Tenjin, Gion, and Nakasu areas. The guesthouse is quite clean, homey, and very Japanese. Like any typical Japanese home, it is necessary to remove your shoes before entering. 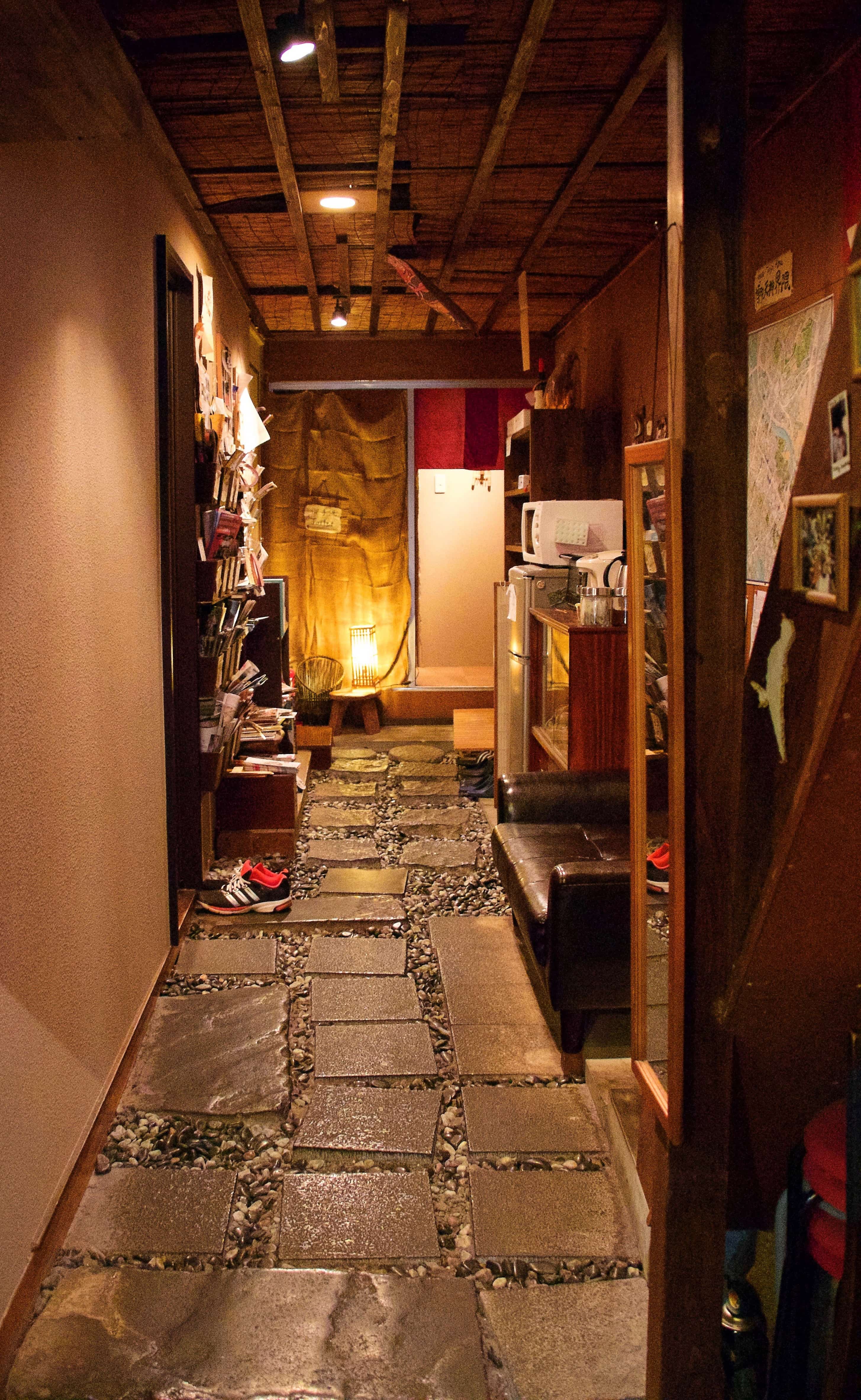 Guesthouse Kaine sleeps 17 people ranging from private rooms to dorm rooms, with each room having a traditional tatami floor and futon setup. I genuinely find the combination of tatami and a futon to be very comfortable. 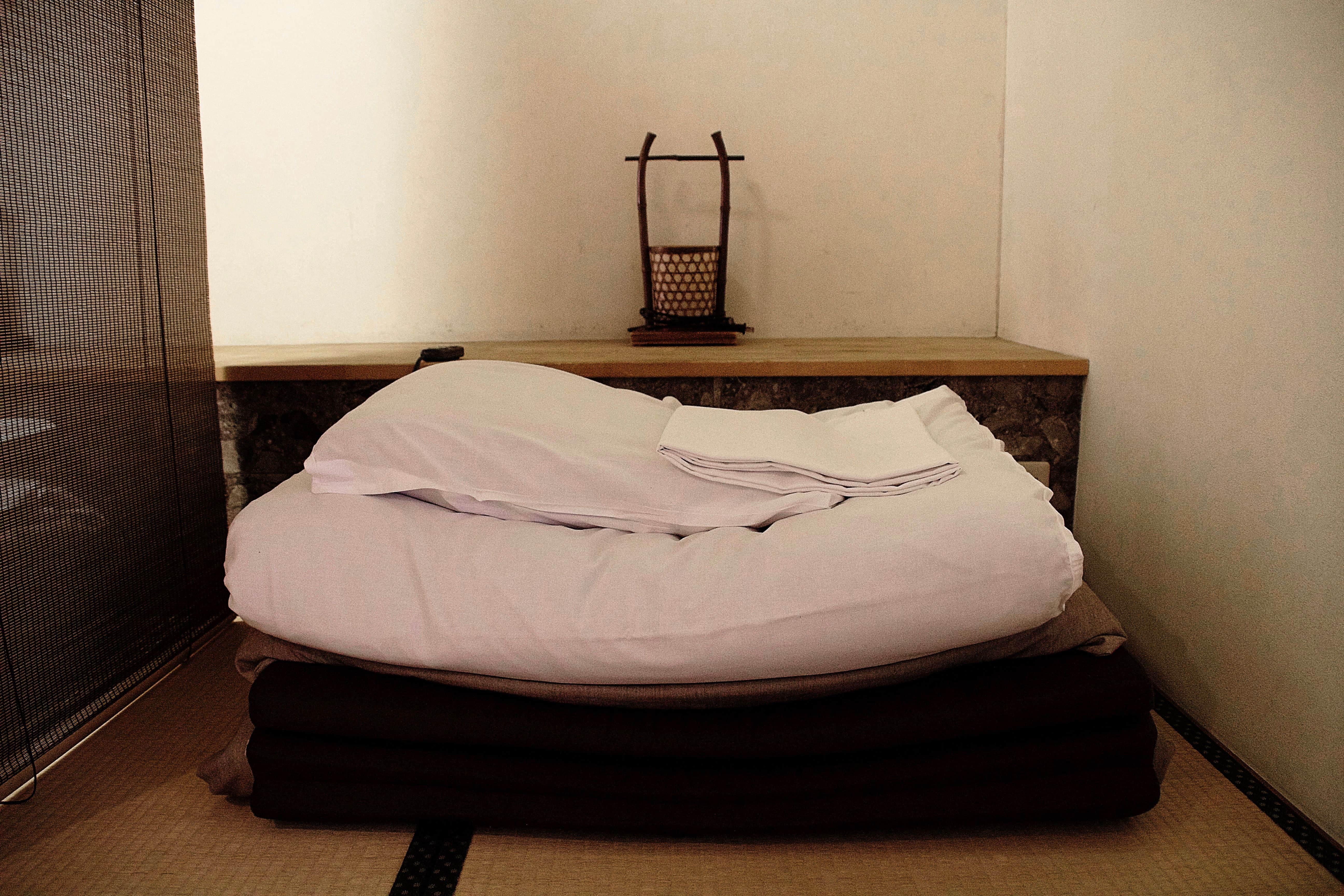 There is WiFi throughout the hostel, complimentary tea and coffee, and a refrigerator and microwave for your use. It is important to note that Guesthouse Kaine does not offer a fully-equipped kitchen, but don’t worry — the smells of the mobile food stalls in Fukuoka will leave your mouth watering anyway; there’s no need to cook! I mean, did you see the photo Tonkotsu Ramen?! 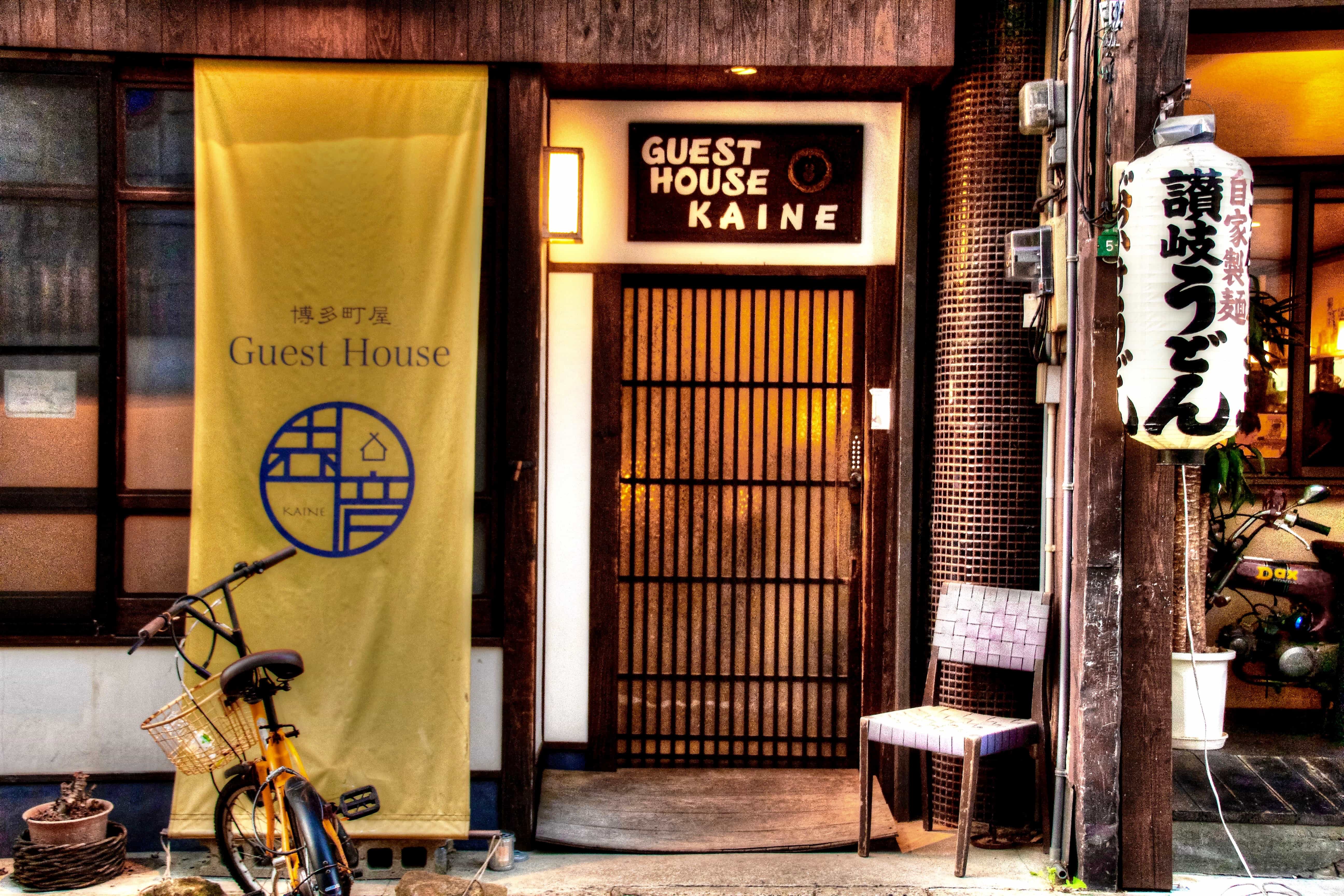 Located very close to both a bus stop and a metro station, getting in, out, and around the city is extremely easy from Guesthouse Kaine. I had a flight from Fukuoka Airport the following morning, so it came as a fabulous surprise to find out that the metro station virtually next door would lead me directly into the airport! It only took me thirty minutes door to door from Guesthouse Kaine to the International Airport. 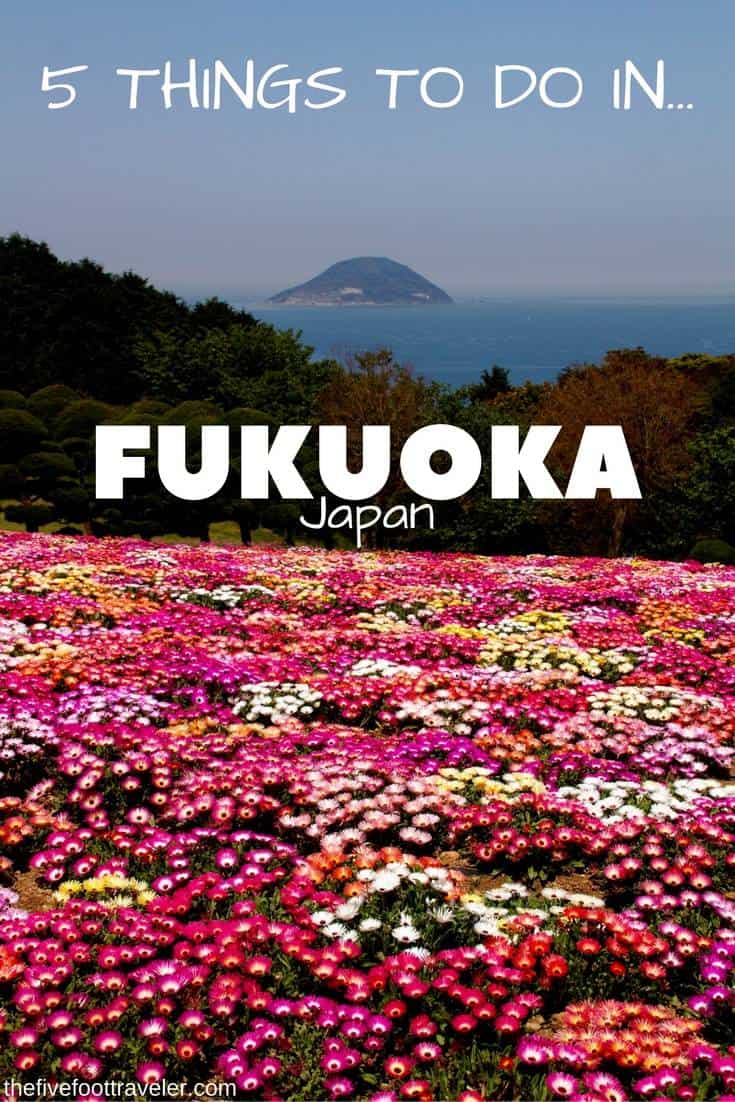 **Special thanks to Guesthouse Kaine and Japan Experience for sponsoring our stay. As always, all opinions are my own.