Everything You Need To Know About Visiting Mount Rushmore

Like most Americans, I grew up knowing about “the mountain with faces,” but not much else. I certainly never thought that one day I’d be visiting Mount Rushmore or enjoying it as much as I did! Quite frankly, the Presidents on Mount Rushmore blew me away! They are infinitely larger than I expected and the entire Mount Rushmore National Memorial is truly a masterpiece. Today, roughly three million people visit Mount Rushmore each year and it remains one of America’s most well-known attractions. Hopefully this guide will help answer all of your questions while planning your trip to Mount Rushmore. 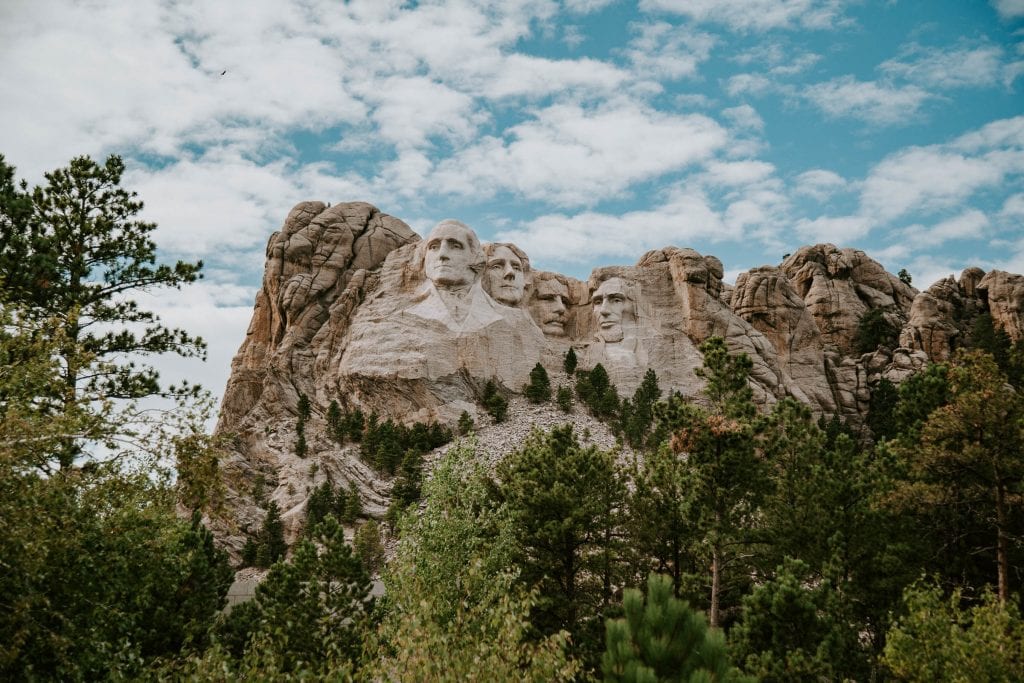 Photos taken in this article by David M Gallo Photography. This page contains affiliate links, meaning that The Five Foot Traveler may receive a small commission when you purchase any flights or accommodations using the links in this article at no extra cost to you. I appreciate your continued support!

The closest airport to Mount Rushmore is the Rapid City Regional Airport (RAP), which serves direct flights from 11 different destinations and 4 airlines. While it’s a smaller airport in the United States, it’s more than likely that you will have a layover en route to Rapid City; we had a layover in Chicago when we flew on a United-operated flight from New York. I recommend checking out your flight options here. 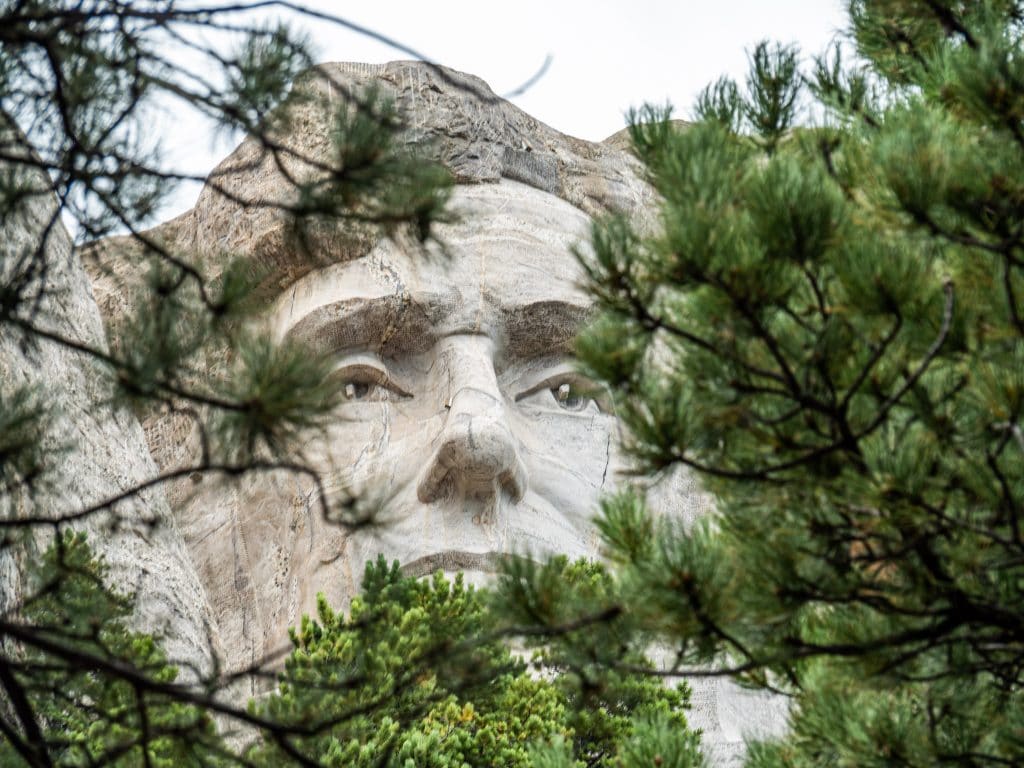 If flying isn’t your thing, take a road trip! While it was a little too far for us to drive from New York given our available time frame, it’s certainly an option that many people take. Just be warned: prepare yourself for many corn fields and long drives. Rather than driving from home, we rented a car in Rapid City to begin a road trip through South Dakota, Wyoming, and Montana. Have a look at rental car options here.

You have so many options when it comes to Mount Rushmore lodging! Keystone is a super cute, western-style town just minutes from the Rushmore Presidents. Personally I loved Keystone, and if you’re visiting South Dakota just to see the four presidents on Mount Rushmore, then Keystone would be your best pick! Search all accommodations in Keystone here. 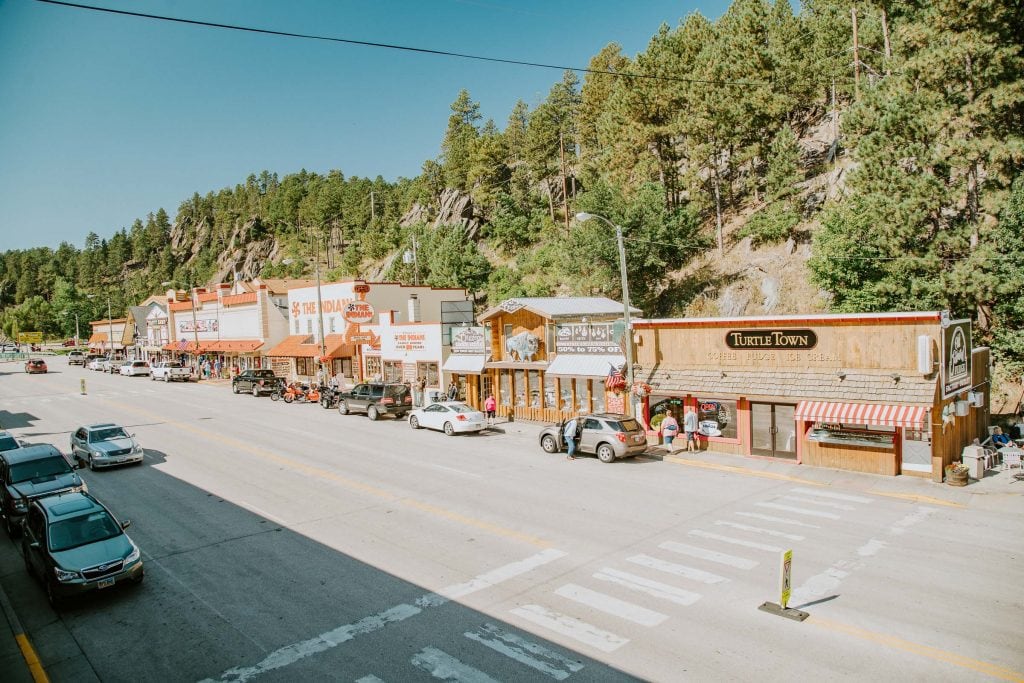 If you’re like me though and also want to visit the Badlands in South Dakota, while also visiting Mount Rushmore, then I highly recommend staying in Rapid City. Rapid City is minutes away from the airport, half an hour from Mount Rushmore, and one hour from Badlands National Park. It’s also only half an hour from Custer State Park — my personal favorite hidden gem in South Dakota! Unlike most of the tourist towns immediately surrounding the National Parks, you can find absolutely everything you need in Rapid City should you have forgotten something (psssst… if you’ve read my “137 Travel Essentials” article, you’ll be well prepared!). Search accommodations in Rapid City here.

Who are the Presidents on Mount Rushmore? 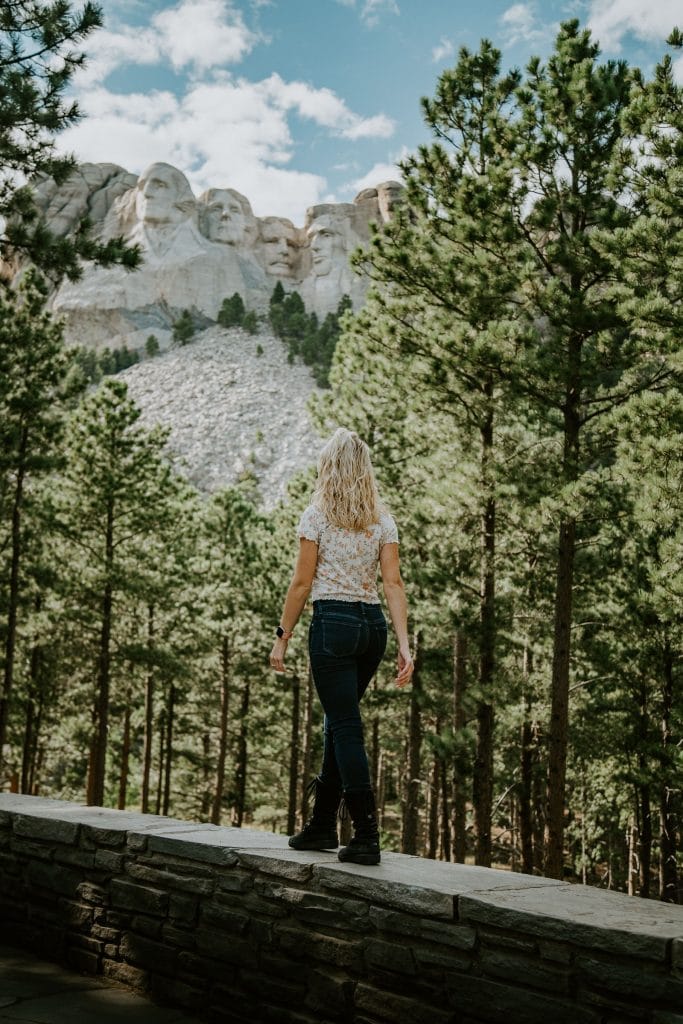 Who are the Presidents on Mount Rushmore?

450,000 tons of rock were removed in order to sculpt the presidents on Mount Rushmore and, according to the National Parks Service, the heads are about 60 feet tall (18 meters), while each of the eyes are 11 feet wide (3.4 meters) and each mouth is 18 feet wide (5.5 meters). Yet, even still, the memorial was not completed as envisioned. Borglum originally designed each president to be presented from the waist up, but unfortunately a lack of government funds shut down the project once the Mount Rushmore faces were completed.

…But What About Susan B. Anthony?!

Growing up, we never actually learned about the idea behind the Presidents of Mount Rushmore. So, firstly, when was Mount Rushmore built? Construction began in 1927, but it wasn’t completed until 1941; it took almost exactly fourteen years to the date. Personally, I’d always thought that it was older.

Believe it or not, the idea first came about to promote tourism to the Black Hills in the 1920s — who would have thought that carving the faces of famous people into a mountain would, in fact, continue to do exactly that a century later?! 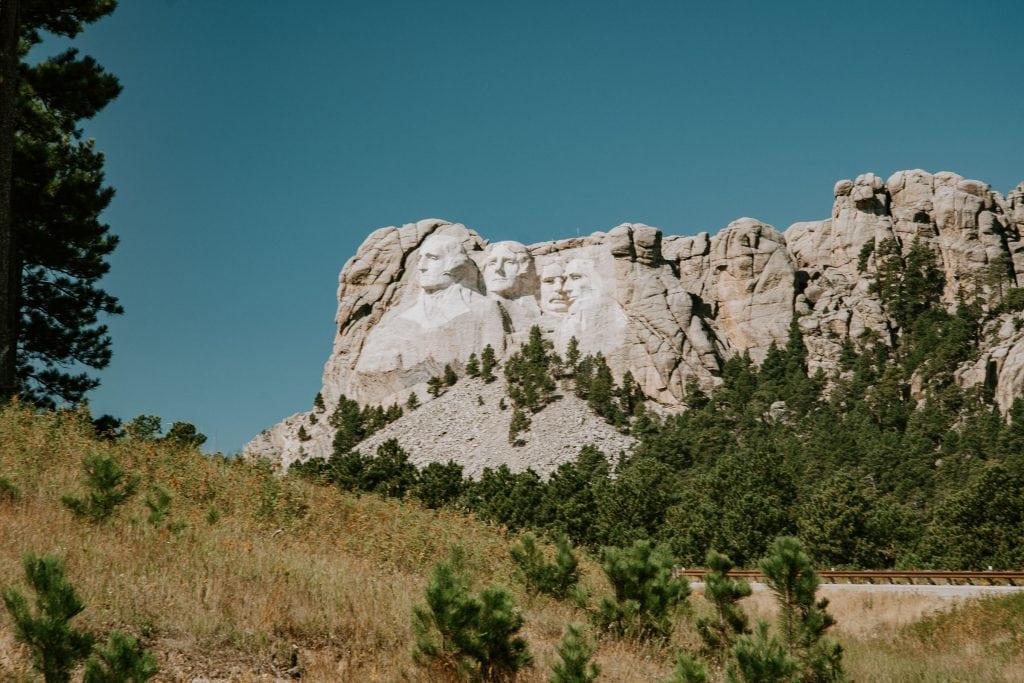 Here is where it gets interesting though. Did you know that 90% of Mount Rushmore was carved using dynamite? Or that over 400 men and women were involved in the making of the memorial? Or that, despite the constant use of dynamite, no one died during the construction? It’s quite fascinating actually and, if interested, I recommend reading the carving history of Mount Rushmore on the official National Parks Service website here.

Where to get Iconic Views of Mount Rushmore

The Amphitheater is arguably the most iconic view of the four presidents on Mount Rushmore. There’s a grand promenade that provides you with a face-on view of the presidents (see what I did there?!). It’s truly spectacular. Unfortunately – at the time of posting – the amphitheater is inaccessible as it’s being renovated. While we were initially bummed, we just moved down the patio slightly and found perfectly unobstructed views; we do not feel as if we missed out by not being able to walk the entire promenade to the amphitheater. 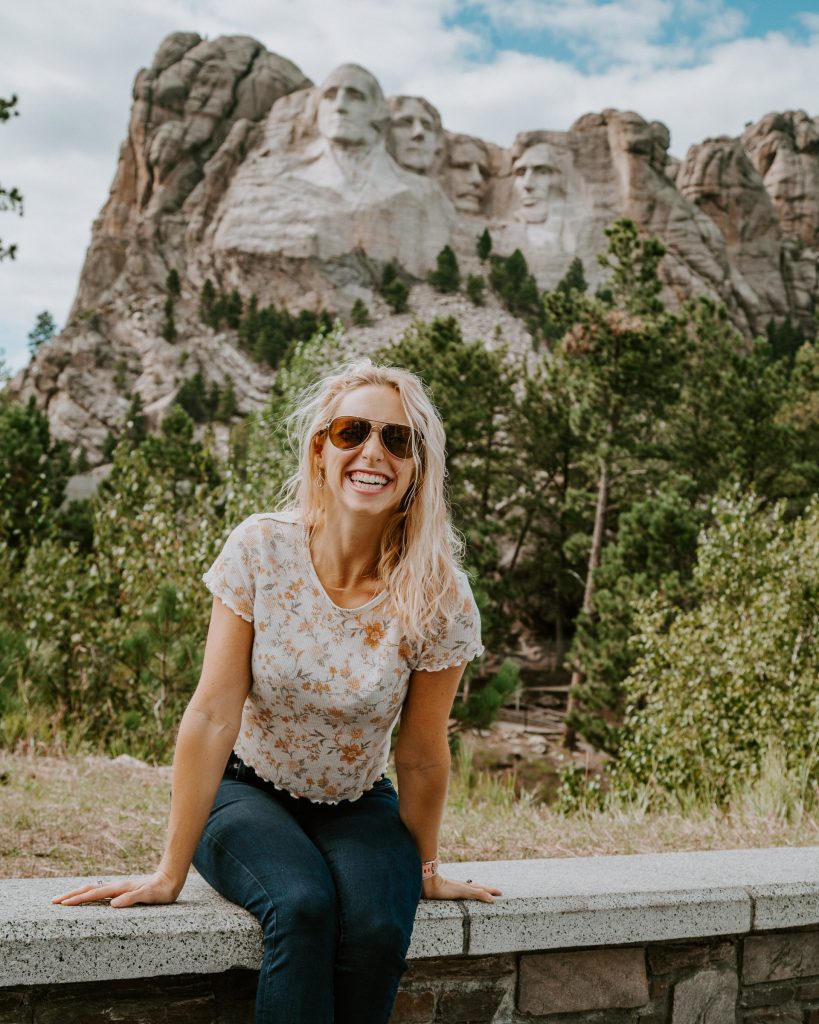 The Amphitheater – Trip to Mount Rushmore

The Presidents Trails is unique in that it brings you right up to the “mountain with presidents faces” that we all know. But it brings you so close that you’re pretty much looking straight up their noses. Having the ability to get close enough to see Teddy’s pince nez (think: bifocals) and the top of Washington’s jacket gives one the ability fully to appreciate the craftsmanship of the designer and the carvers. 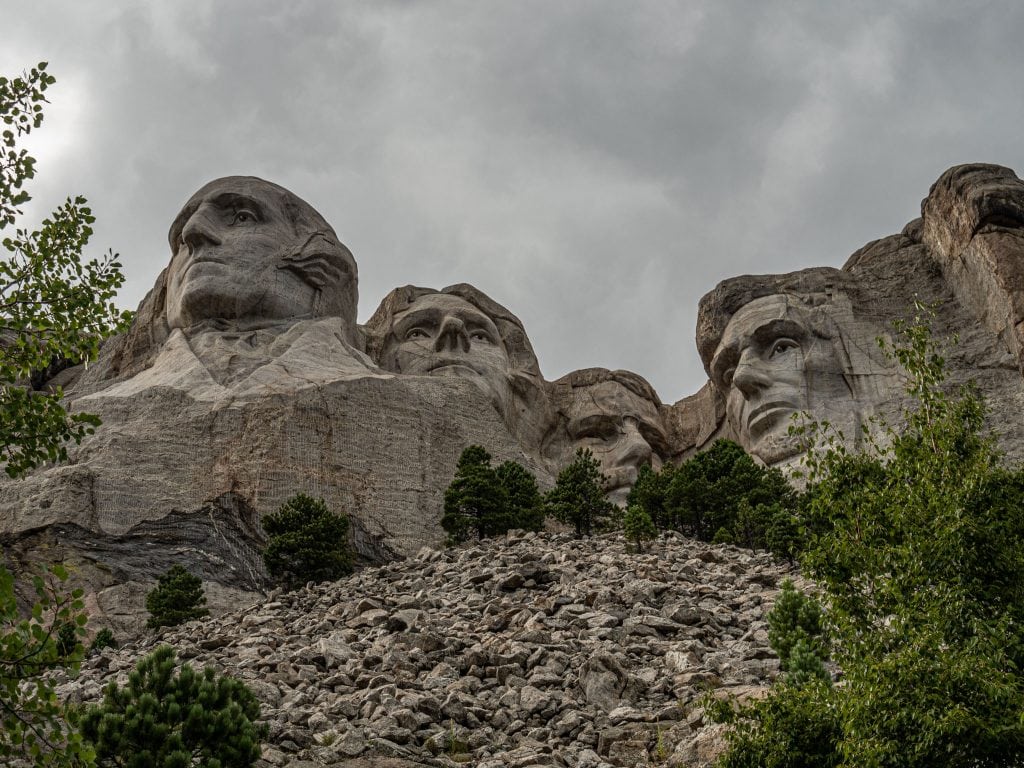 Unlike the Amphitheater, the Presidents Trail is far more interactive; you’ll find informational plaques about each president, in addition to the Sculptor’s Workshop and Studio. Within, you will find the original model for the sculptures (including where Borglum originally wanted to place Lincoln’s head), as well as a bosun chair, which is what the workers sat in while working on the facade of the memorial. 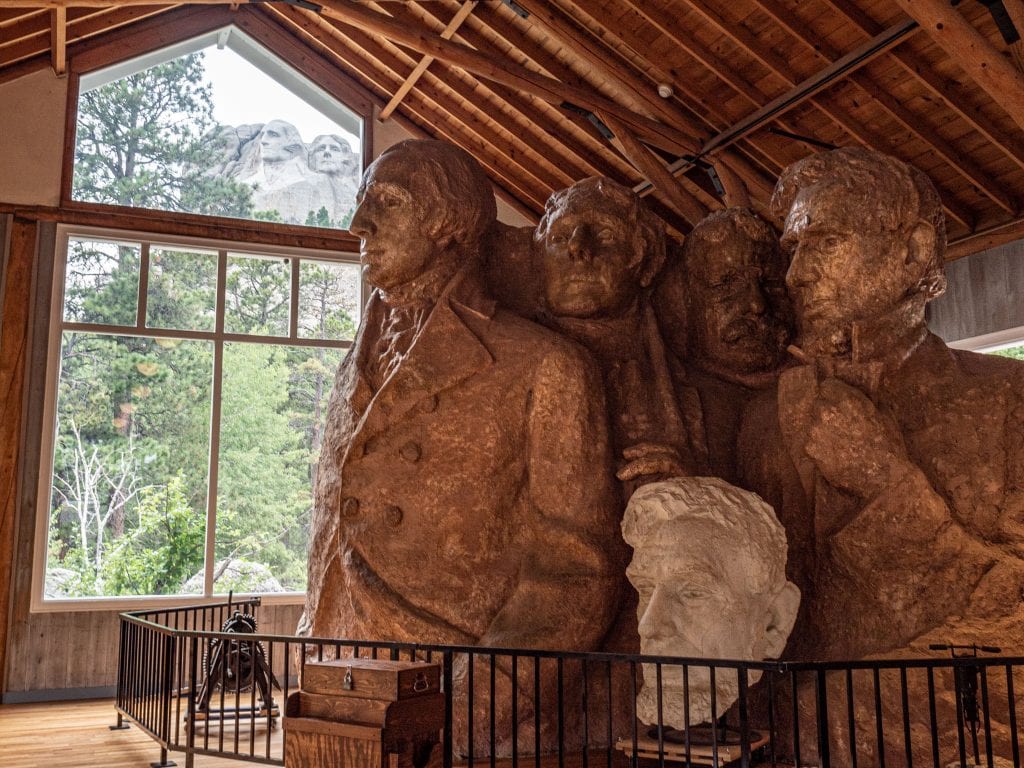 Inside the Workshop at Mount Rushmore National Memorial

3. The Norbeck Overlook (Highway 16A)

If you don’t feel like getting up close and personal with the presidents and would rather view them from afar, make your way along Highway 16A to the Norbeck Overlook. There, you will find a panoramic view overlooking Mount Rushmore and the Black Hills of South Dakota. The Norbeck Overlook is a worthwhile stop on your way to Custer State Park. 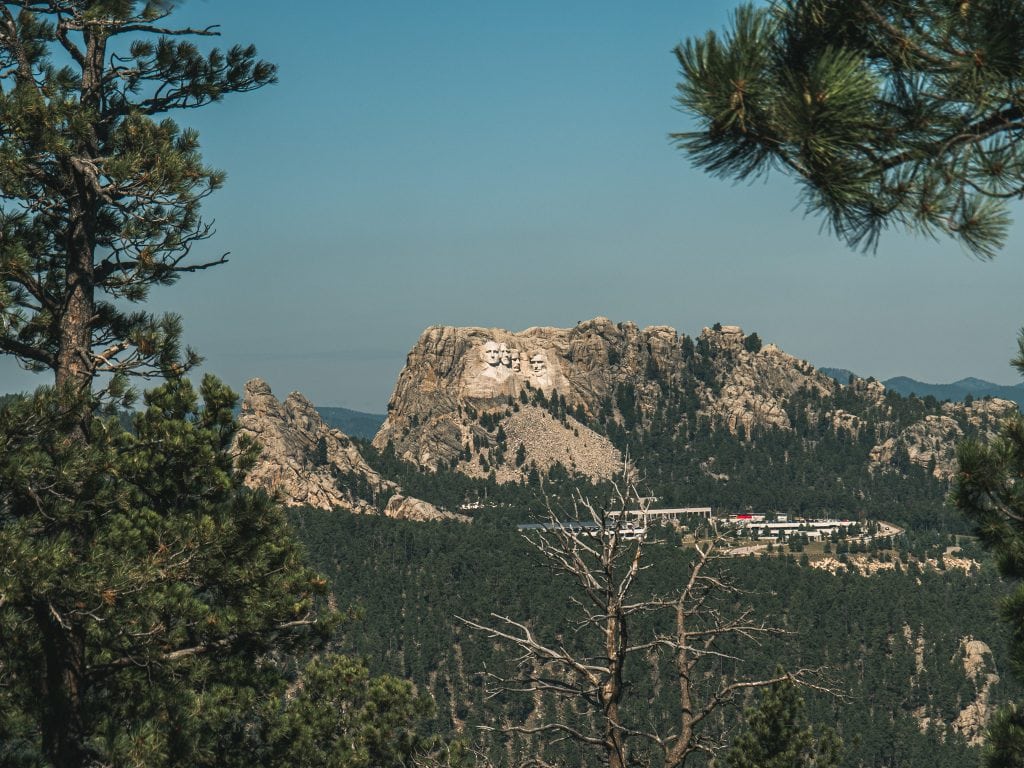 Did you know that Thomas Jefferson was not only the principal author of the Declaration of Independence, but also of America’s first ice cream recipe? I surely didn’t! The Mount Rushmore National Memorial serves ice cream made using Jefferson’s original recipe. If you’re like me and feel the need to try the original ice cream while visiting Mount Rushmore, you can grab yourself a scoop or two at the Memorial Ice Cream Shop on the Main Terrace. It’s about $6 for a cup…but honestly, the cups are one size and absolutely massive. Depending on where you normally get ice cream, the cup is the equivalent of about 4+ scoops of ice cream! Let me just say, whether the ice cream is actually made using Jefferson’s original ice cream recipe or not, it was absolutely delicious and the perfect indulgence on a warm day. 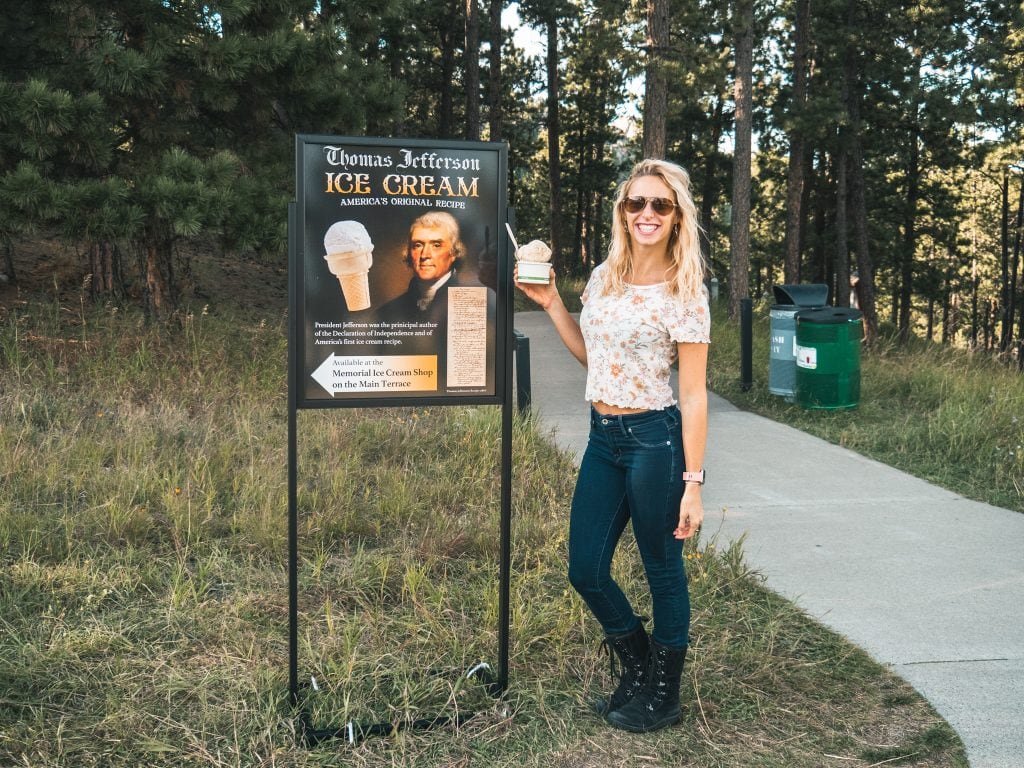 As I’m sure you’re now incredibly excited to visit the Presidents of Mount Rushmore, I’ve created a Mount Rushmore map to provide you with the exact location and my favorite viewpoints of the faces.

What to Pack for your Trip to Mount Rushmore

Mount Rushmore is an incredibly accessible spot for people of all ages and the weather is pretty temperate. That said, Mount Rushmore has the ability to get very windy and chilly even on a relatively warm day. I highly recommend bringing with you a windproof jacket (I recommend this one) and a rainjacket if the weather isn’t looking great (this is mine). For more “must pack” items, have a look at my “137 Travel Essentials” article to ensure that you don’t forget anything!

Before you leave for your next trip, I highly recommend opening a free Charles Schwab High Yield Investor Checking account. I know that might sound a bit overwhelming, but don’t worry, you don’t need to be an investor to open an account! This provides you with your own Schwab Bank Visa Platinum Debit Card, which offers a ton of benefits both at home and overseas. I’ve been using a Charles Schwab Debit Card since 2011, and it’s honestly the best free travel card out there. Why is that so? Well, you can withdraw from any ATM around the world, and Charles Scwab will reimburse you any ATM fees! They also don’t charge foreign transaction fees either, which is, of course, important when you travel.It’s also worth noting there there is no minimum balance requirement and that they offer free online transfers between accounts (so it’s totally fine if you have another credit card, debit card, or bank account with another company) Open your Charles Schwab account today – FOR FREE – by following this link.

Purchase Travel Insurance for your Visit to Mount Rushmore

I hope you don’t embark without travel insurance! If you do, you better think again. Travel insurance is arguably the most important thing to have on hand (after your passports and visas) for a trip like this. I’ve had to use my travel insurance multiple times on the road, even though I’m healthy. You never know when something might happen; take comfort in knowing that whether your flight gets cancelled or you wind up sick and in the hospital, you will be covered. I recommend World Nomads Travel Insurance for each and every one of you travelers. You can get a free quote here. 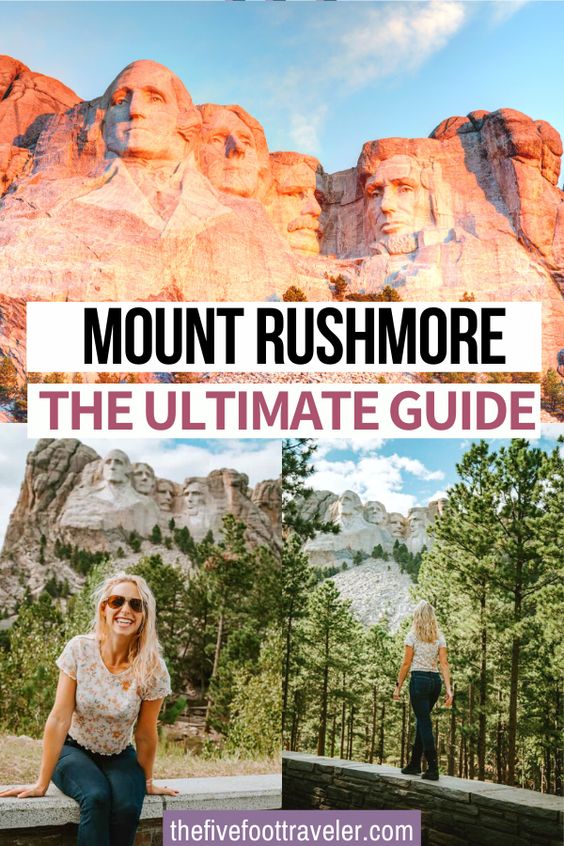