Whatever you want to call it, Vietnam’s famous hand bridge has taken the Internet by storm. While it can be done as a day trip from Hoi An, we chose to visit via Da Nang since it was a closer and easier route. As it’s located about 45 minutes from the city center, rent a motorbike and make your way to the entrance of Sun World Ba Na Hills; this was recently opened to the public a few months ago in June 2018. Despite being newly built, Vietnam expects there to be an estimated 1.5 million visitors per year. There is no road that will take you up to SunWorld, so you’ll want to put “Hoi An Station” into your Google Maps to take you to the start of the cable car – the longest single cable car system in Southeast Asia. After parking your motorbike, you’ll be required to purchase a $30 ticket that will give you access to the cable car in addition to Ba Na Hills and the “fantasy amusement park” (an indoor entertainment zone featuring games and rides for children and adults alike). 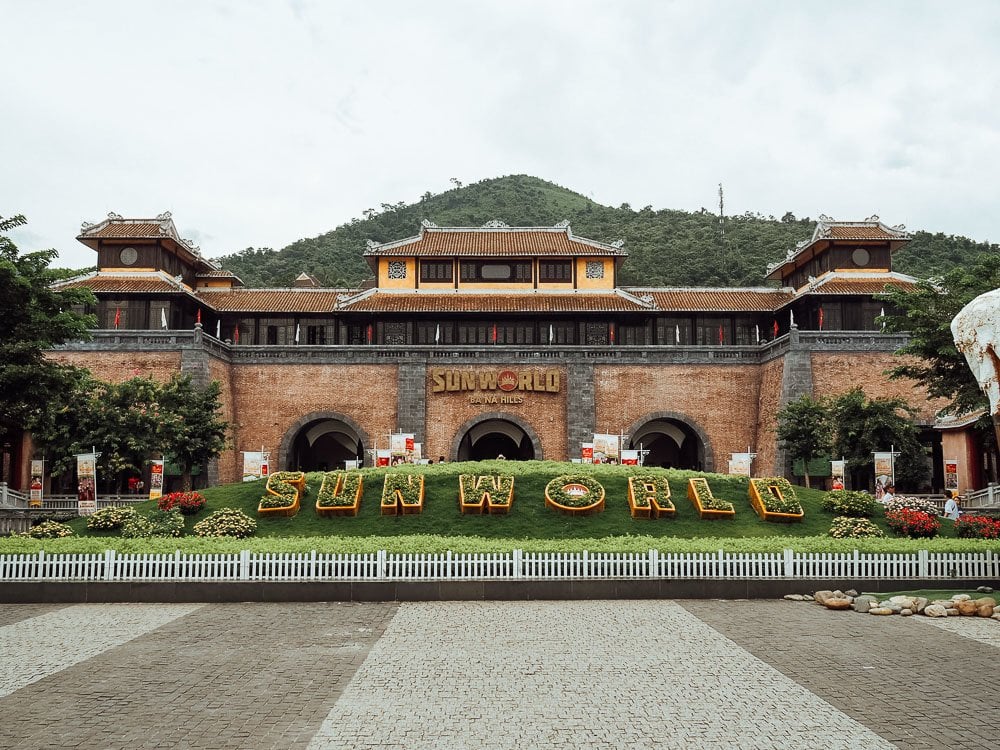 The cable car takes about 15-20 minutes and offers beautiful views of the region. Remember, you’re headed up a mountain, 1,400 meters above sea level… so keep in mind when you’re packing your day bag that even though it was sweltering hot at the bottom, it was chilly atop. 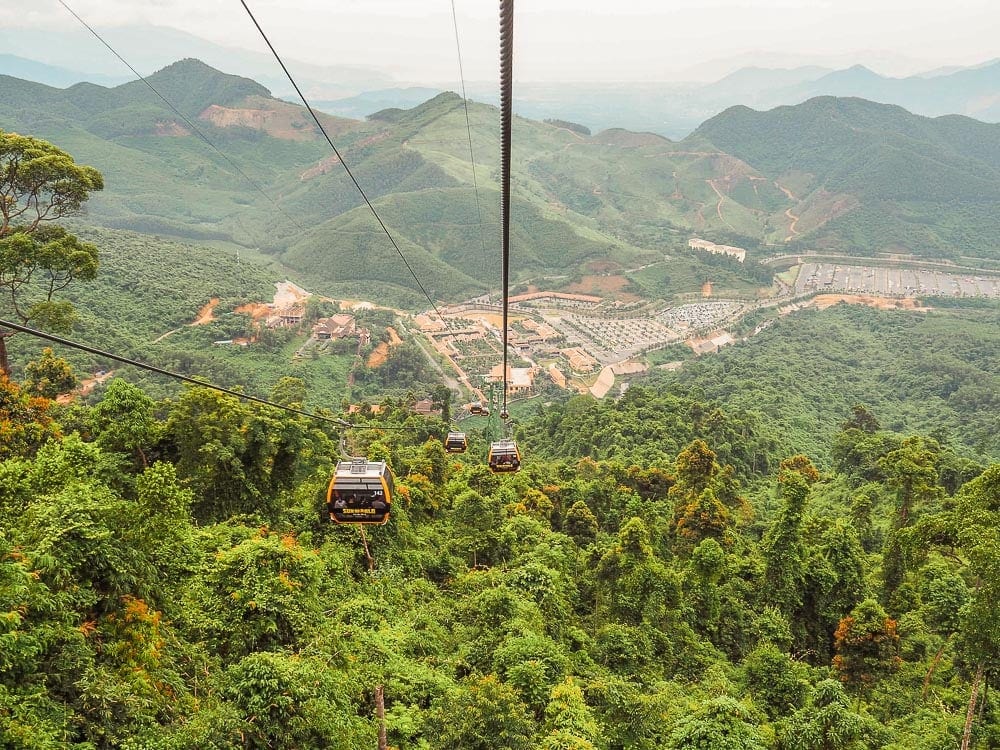 Exit the cable car and you’ll find yourself standing on the Golden Bridge. With two hands seemingly “lifting” it up, it’s gotten its nickname God’s Bridge. 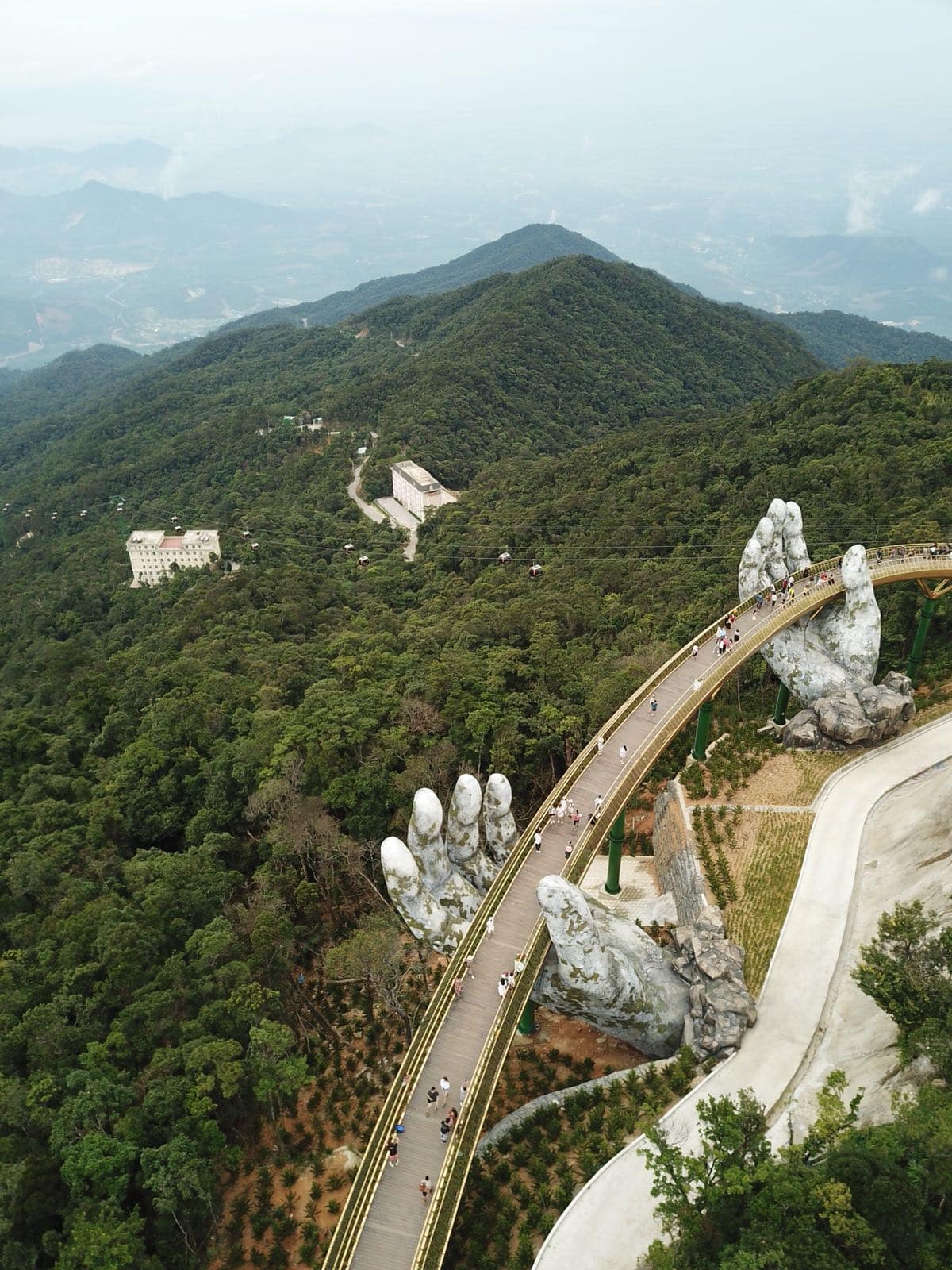 This 150-meter bridge is lined with flowers set against the beautiful, mountainous backdrop of Ba Na Hills. While the name of the architect hasn’t been released, he purposely constructed the hands to look weathered, as if they’d been there for a long time. 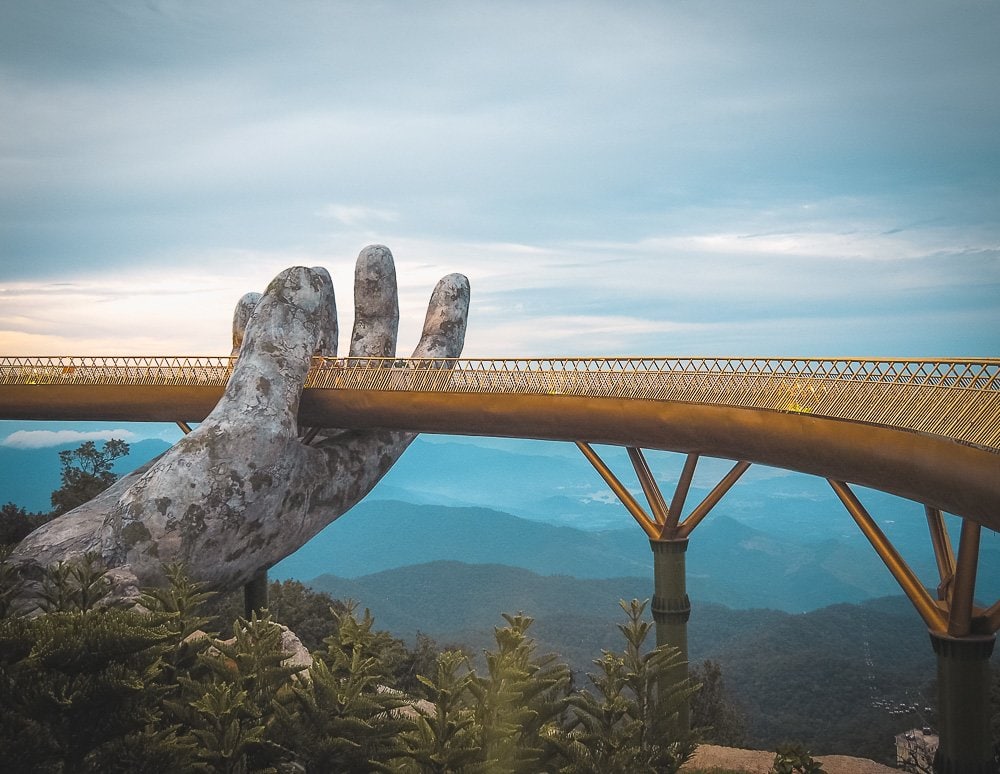 Enjoy the views and the uniqueness of the bridge before continuing to explore the area. You’ll find everything from the French Gardens to a wine cellar, and a Pagoda with a 27-meter Buddha on this first stop of the cable car. 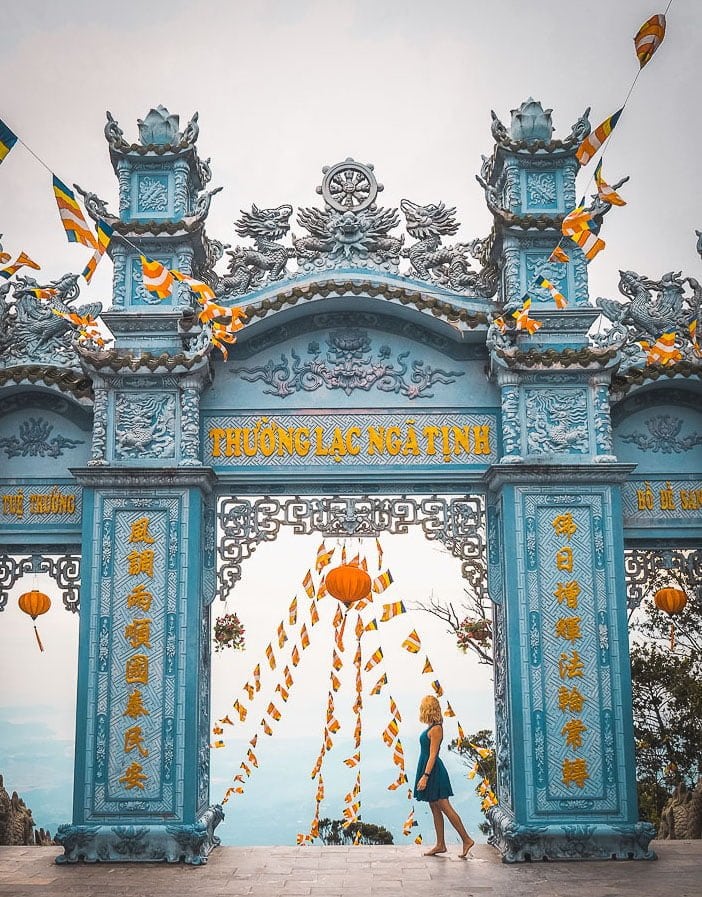 Continue up another level to Ba Na Hills, a French village nestled in the hills of Vietnam. It feels as though one is transported to Europe and everything is quintessentially French architecture and cuisines. From the Saint Denis Church resembling Notre Dame to its various patisseries and cobblestone streets, it truly feels French. 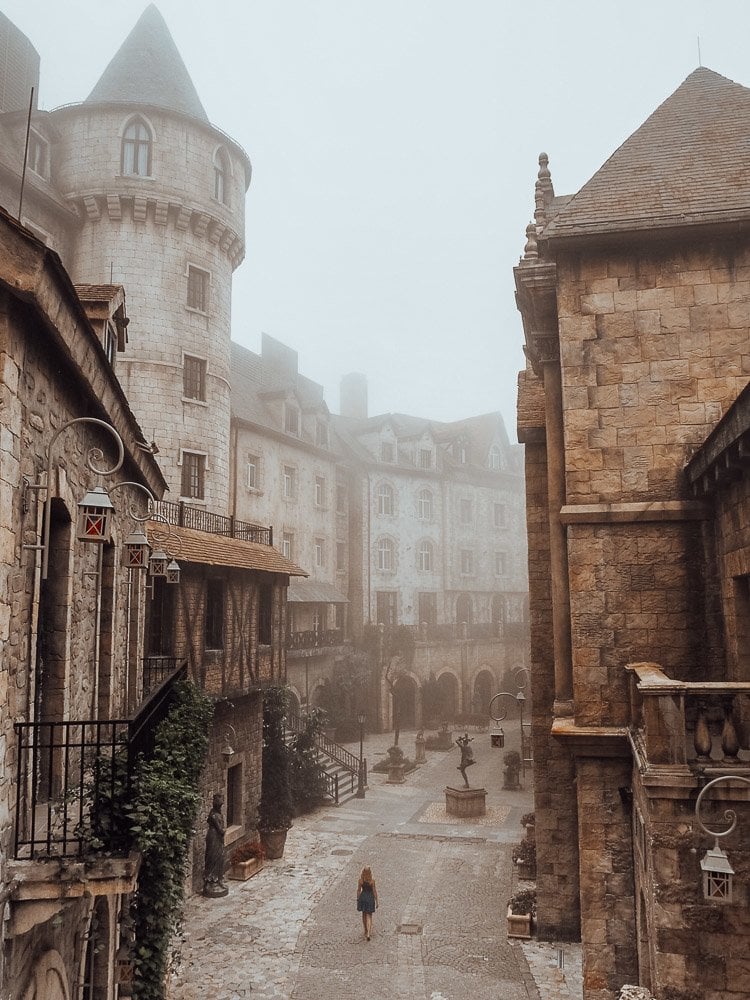 It’s fascinating though because the deeper you go into Ba Na Hills, the more Asian influences you will see with the rise of shrines and pagodas in the distance. 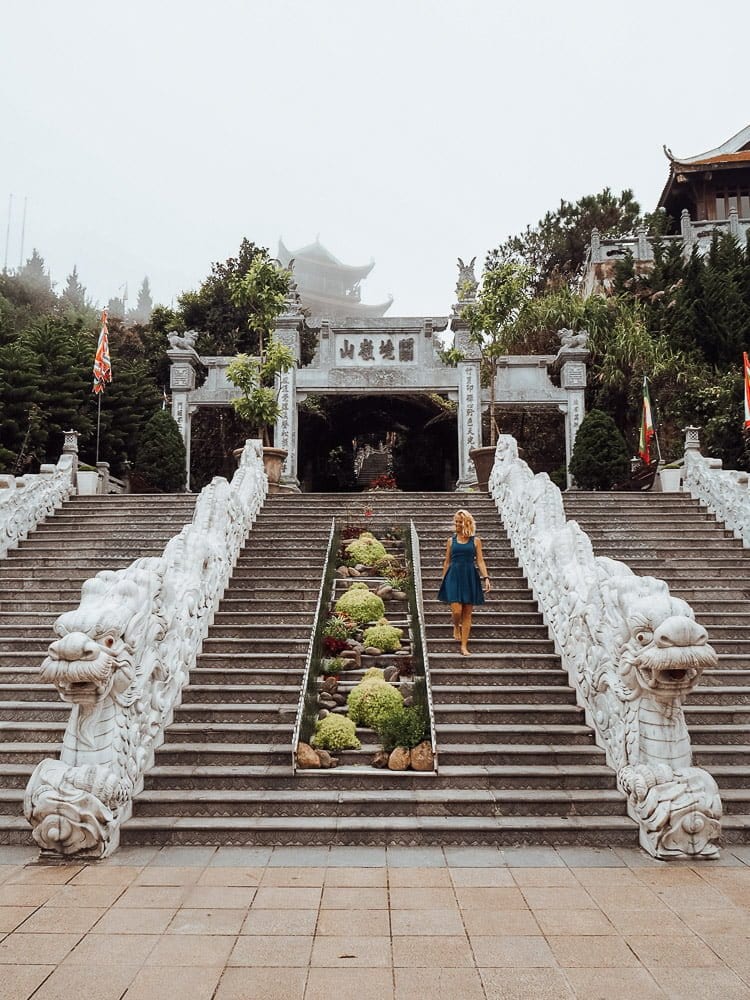 If theme parks are your thing, then make your way into SunWorld – a three-level indoor fantasy park within Ba Na Hills. We spent so much time wandering the other levels that unfortunately we ran out of time for Sun World, although I would love to visit some other time…especially because they have the highest indoor tower drop in Vietnam, the largest collection of Bumper Cars in the country, and even an Alpine Roller Coaster! 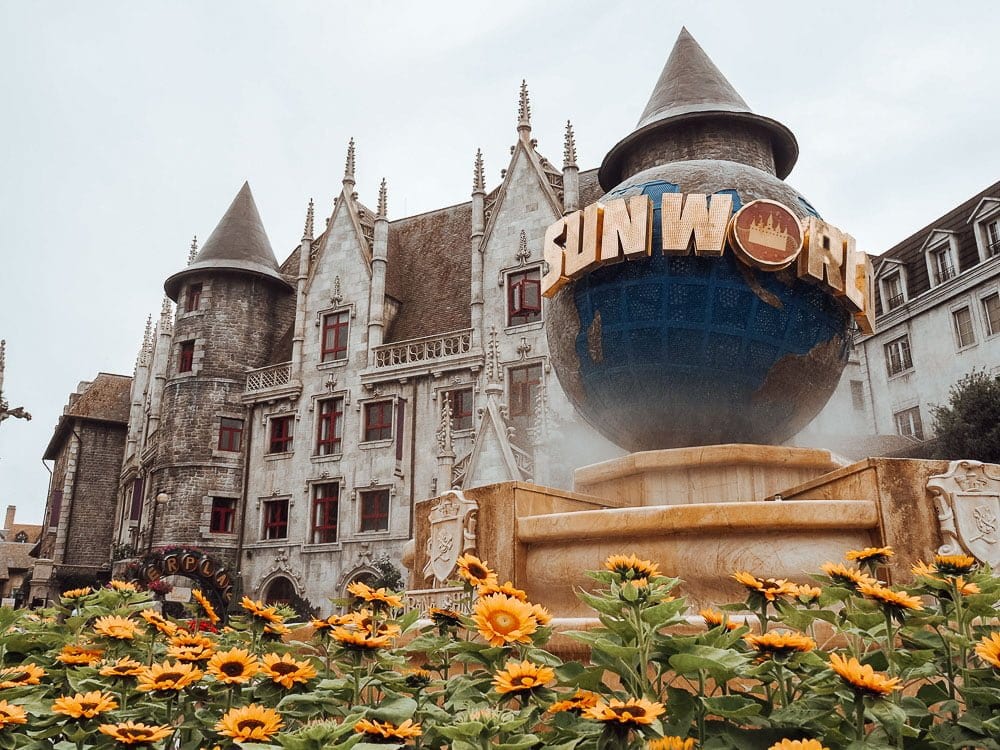 I don’t see much of a point in staying at one of the hotels in Ba Na Hills because a day trip is plenty of time and I personally think it’d be a hassle bringing luggage up there. Instead, we stayed in Da Nang at the Zen Diamond Suites Hotel so that we could spend some time relaxing and taking in views of its famous dragon bridge. While Da Nang is technically the third largest city in Vietnam, it doesn’t feel that way in the slightest and it’s a great city to explore. 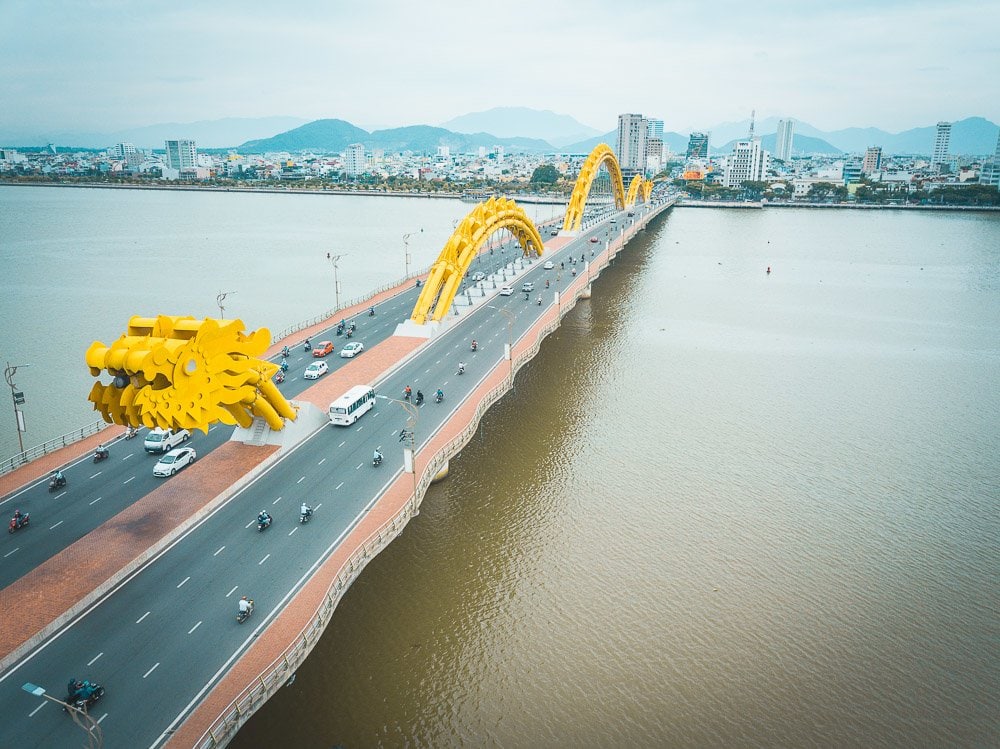 Zen Diamond Suites Hotel is centrally located and makes for the perfect home base while exploring the region. They specialize in suites rather than just rooms so every room (with the exception of the deluxe) offers a full-size kitchen, living room, large bedroom, bathtub and balcony overlooking the scenic Han River with its panoramic view of the city.

The room from my Premier River View One Bedroom Suite was freakin’ beautiful!

With a pool, fitness center, shuttle bus, and multiple restaurants, Zen Diamond Suites had everything we could’ve eaten. The complimentary breakfast at The Farmhouse Restaurant offered an array of foods from both sweet to savory, while their specialty Japanese restaurant – Nin Nin – was simply mouthwatering. 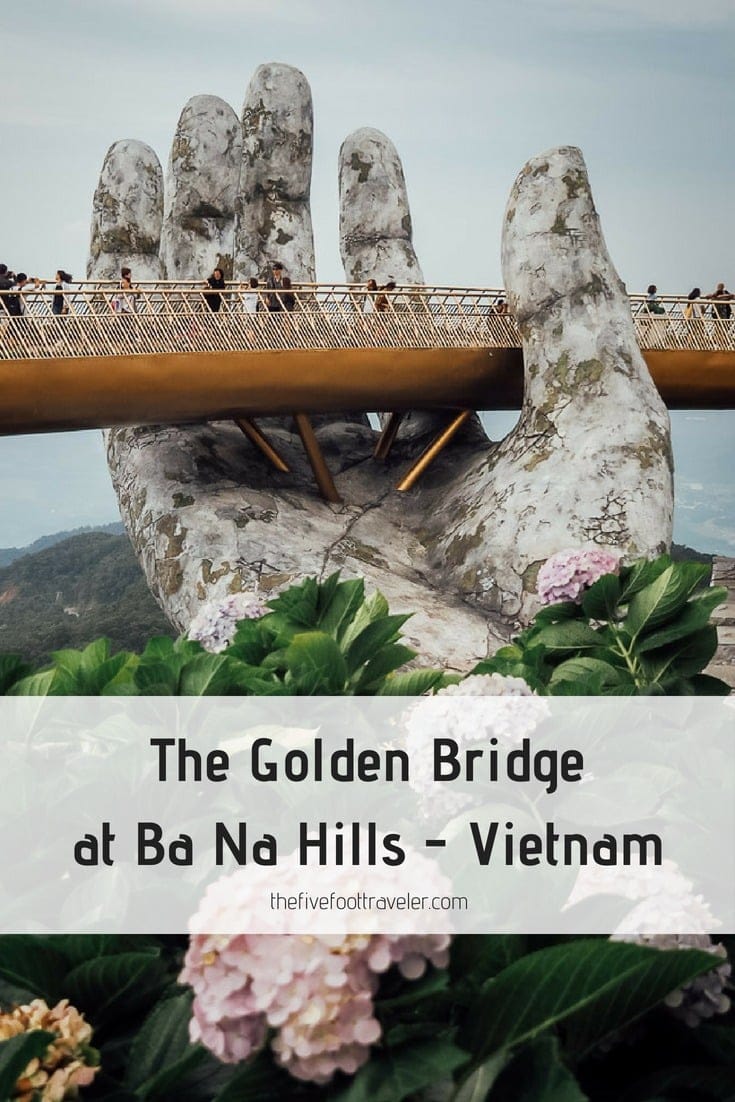 Thanks for the photos of Ba Na Hills Jonny Melon and of Zen Diamond Suites Jerre Stead!