We awoke early to go to Tzfat, the place from which Jewish Mysticism emerged. Tzfat sits on a mountain overlooking the Sea of Galilee and is considered one of the four “holy” cities in Israel (along with Jerusalem, Hebron, and Tiberias). The city was breathtaking with little cobblestone streets and alleyways. In a way, I felt transported back in time. 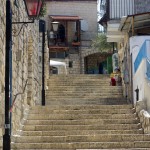 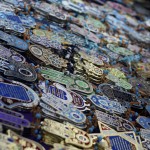 We had a talk about the Kabbalah, walked through markets, attempted to visit the Ashkenazi Synagogue (which was closed), and finally recouped at The Ascent of Tzfat – a place for people seeking Jewish spirituality and enlightenment. Here, we were taken to the “Kabbalah Cave” where we discussed various dilemmas the state of Israel faces (ie. the story of Gilad Shalid). 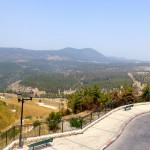 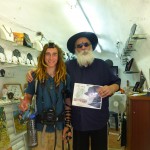 It was a relaxing day, and an early night, as it was Shabbat. 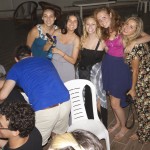 Saturday proved to be just as relaxing. We slept in, ate lunch, and walked to the tomb of RaMBaM – a Spanish, Sephardic Jewish philosopher, astronomer, and influential Torah scholar of the Middle Ages. Men and women were separated when viewing the tomb, as it was a site of prayer. From there, we went to the Leonardo Hotel to hang out by the Sea of Galilee. We soaked up the sun and rested our legs, knowing that the next few days were going to be tough on the body. 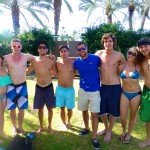