Stepping Back In Time: Nagoya, Japan

It's rare that I encounter people as friendly and accommodating as Kaz, the owner of Guesthouse Mado. Located slightly out of the center of Nagoya, Guesthouse Mado quickly became my home away from home in Japan. The street is lined with Edo Period-styled architecture (1603-1868), and feels like a step back in time. 5FT Tip: If you have to check in later than 22:30, be sure to contact them in advance! 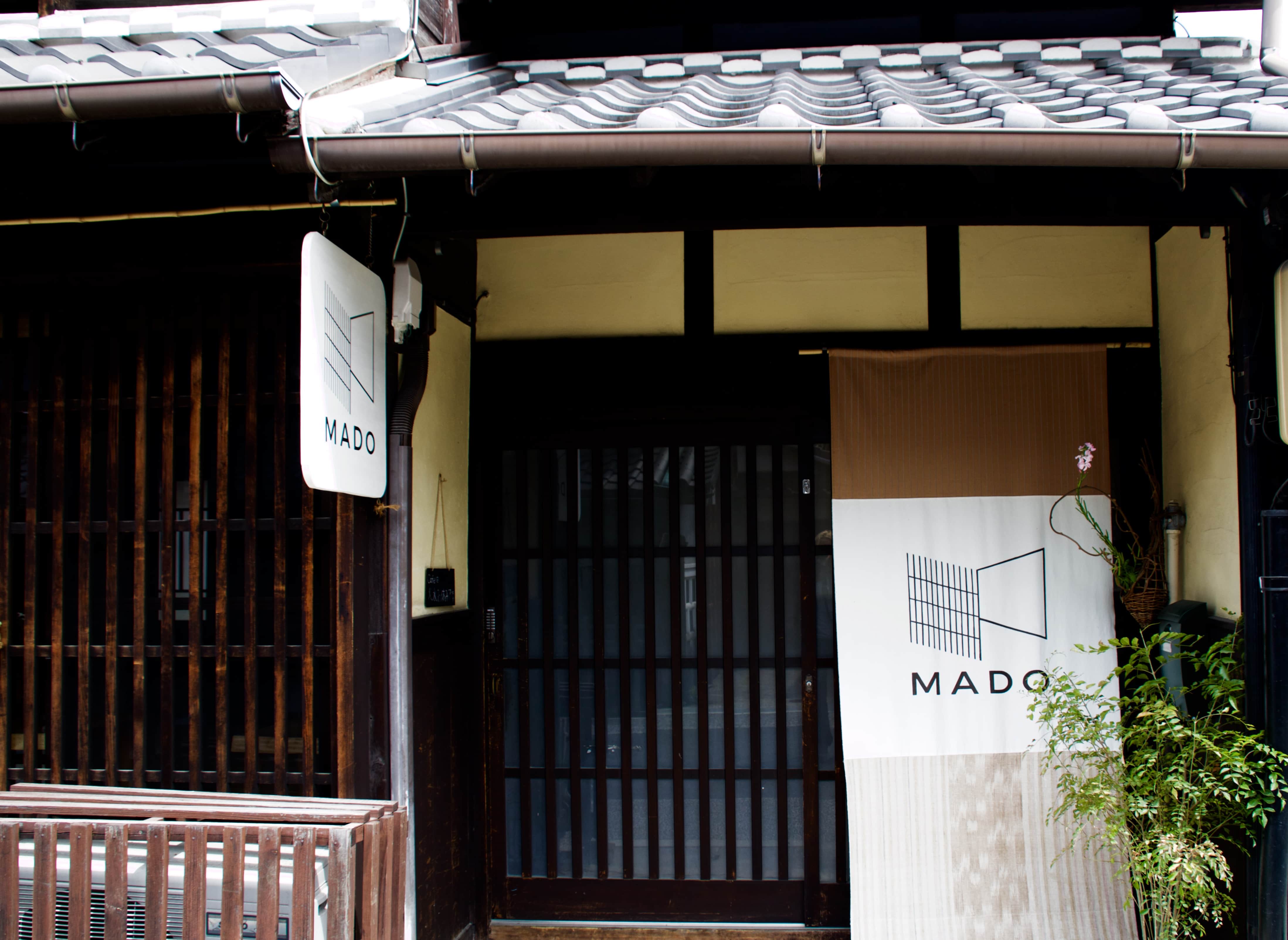 Guesthouse Mado itself is located in one of these older buildings and embraces the vibe by utilizing traditional rooms — the three shared rooms are entirely tatami floored with fold-up futons for sleeping. The mixed rooms sleep three each, and the girls-only room upstairs sleeps four. While it was my first time sharing a Washitsu (traditional room) with others, aka sleeping side by side, I came to love the slumber-party feel of it all! 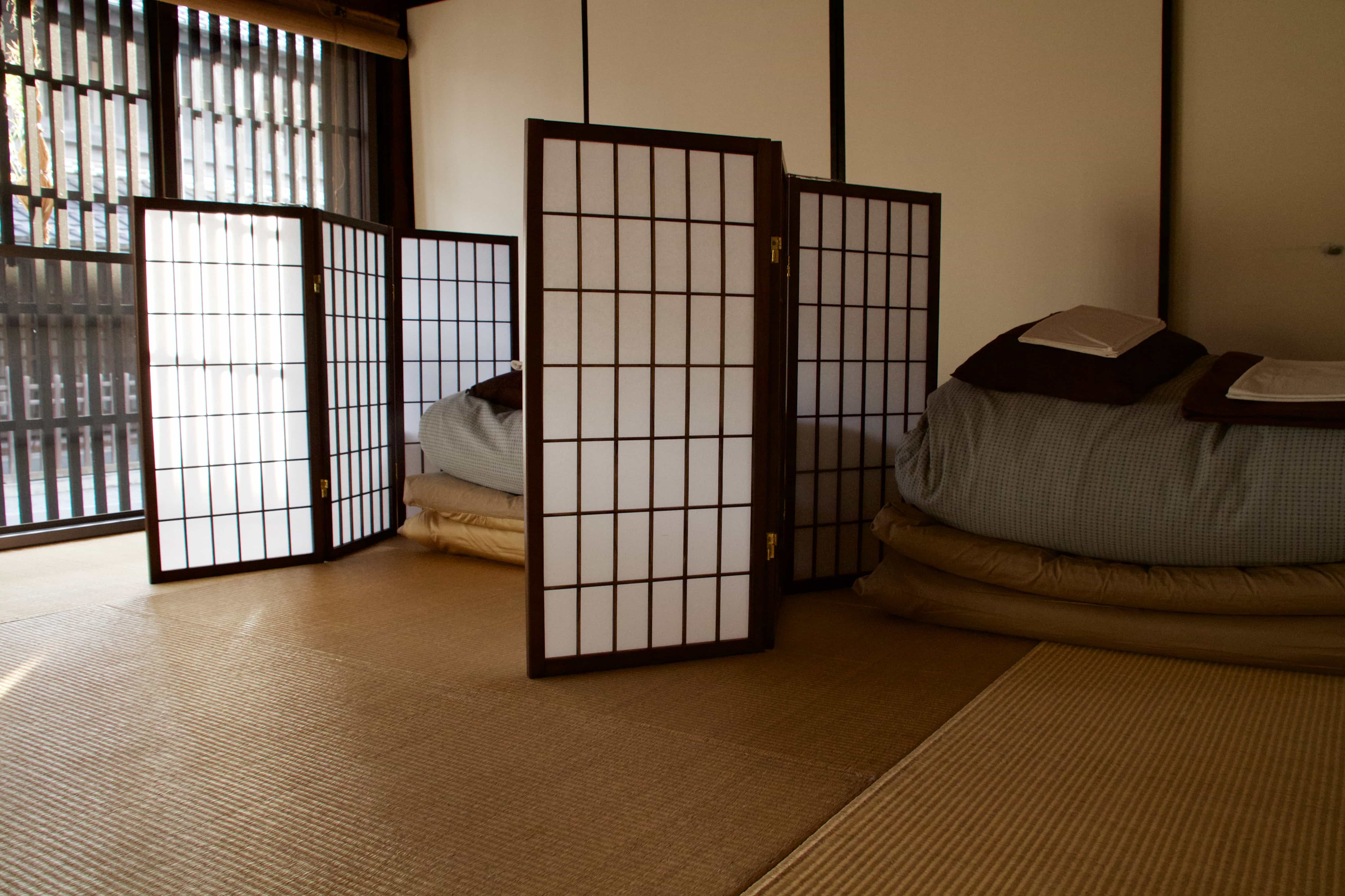 After a fantastic sleep, Kaz recommended that we go to a nearby café for a local, traditional breakfast of toast with butter and sweet red beans. While not Kaz's favorite meal, I absolutely loved it! Red bean paste and I quickly agreed with each other. 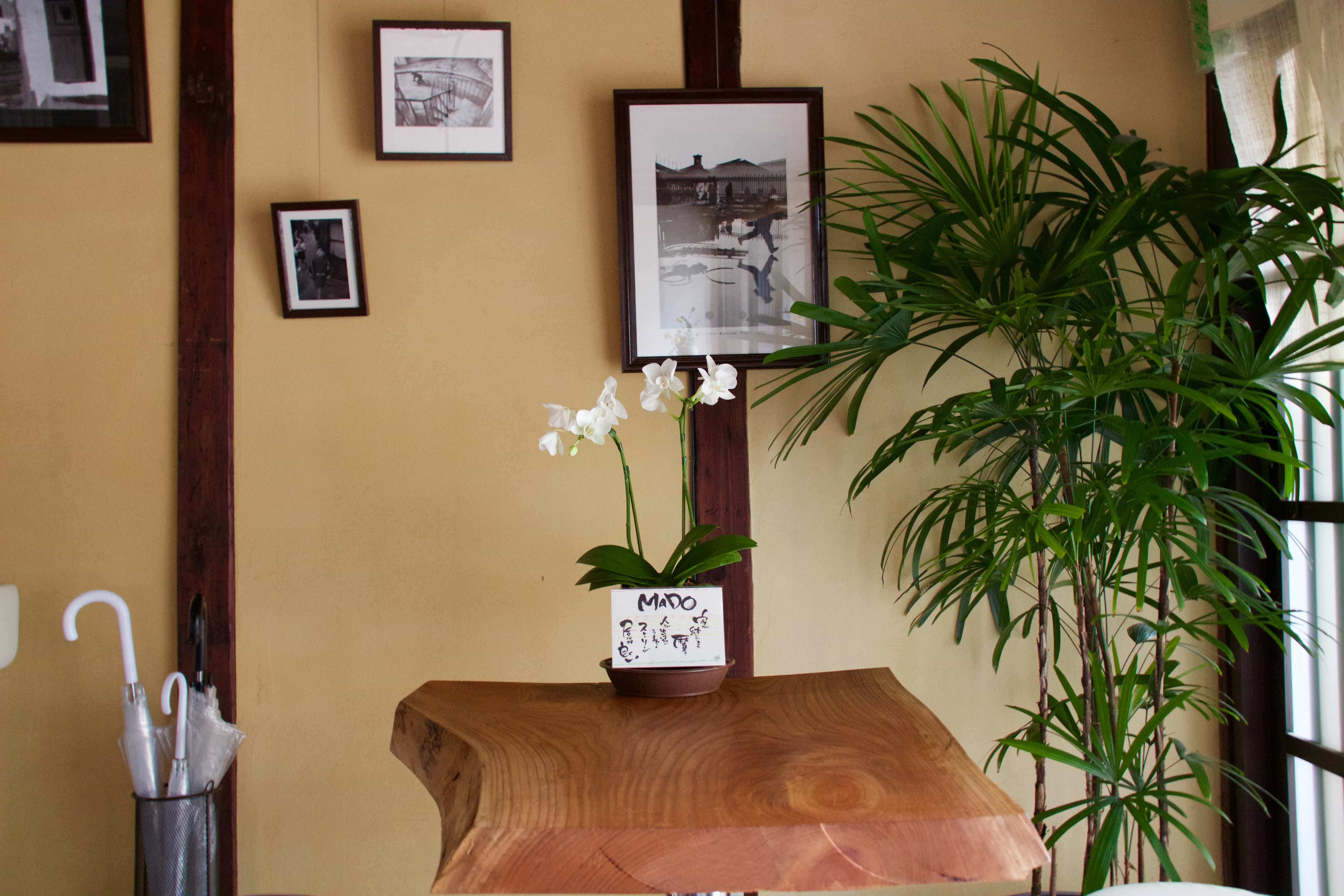 Aside from the incredibly homey feel of Guesthouse Mado that I loved so much, Kaz and his wife did four things to give us some insight and understanding into Japanese culture, thereby making our stay extra special:

A long time ago, men and women would both wear kimono as their everyday wear. As time progressed, the fancy kimono style began to disappear, being replaced by the far more comfortable yukata — a lighter, cotton kimono. 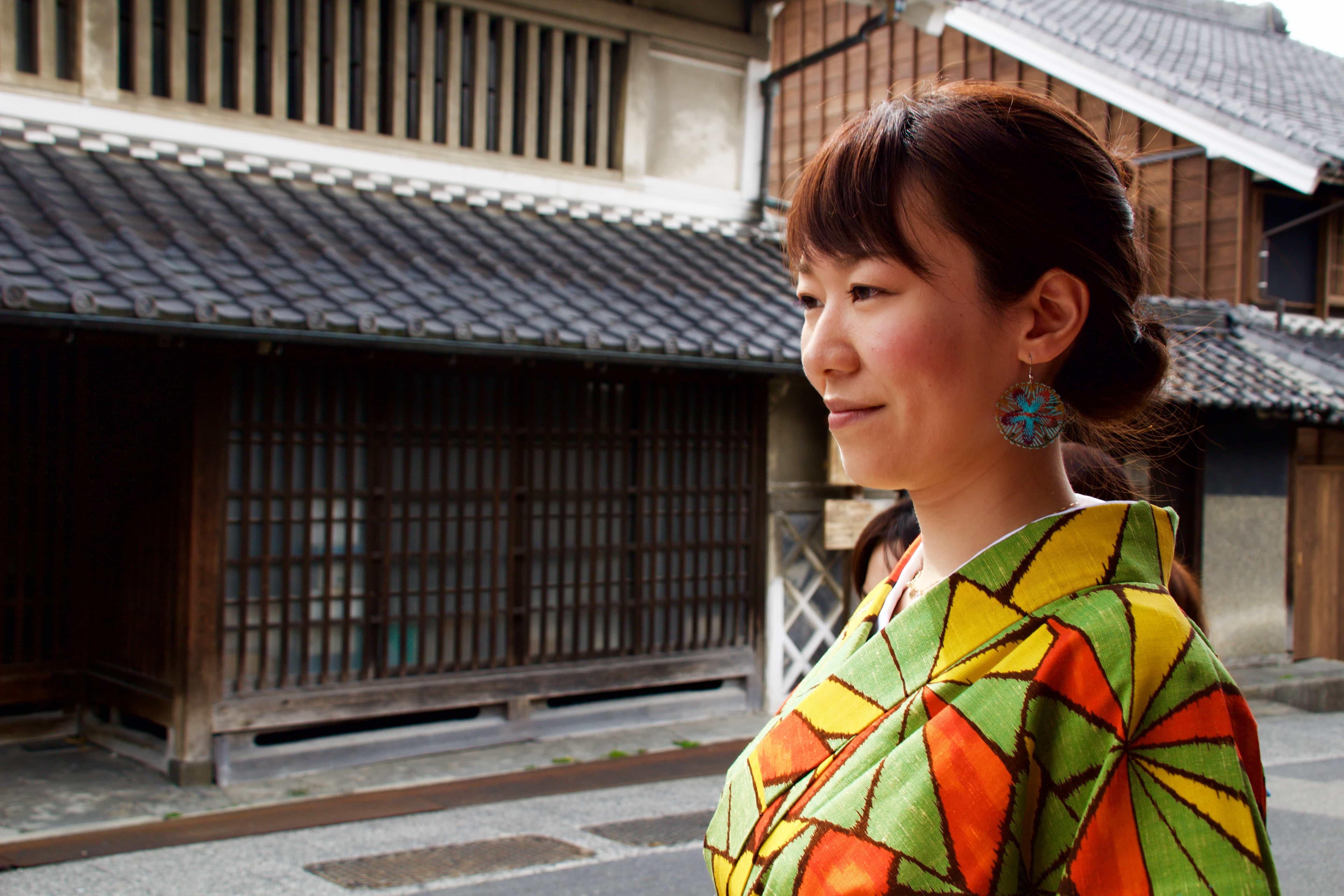 In trying to understand Japanese culture, however, I had the opportunity to be dressed in a traditional kimono. The experience, run for the first time by Yuri Ogawa, was one not to be forgotten. Yuri has just started her kimono wearing and teaching business, and we were her first guests! Did you know that a traditional kimono has more than 12 separate pieces that have to come together in order for the outfit itself to come together? I had no idea! When taken into the back room, I had two different ladies working on dressing me, and yet it still took twenty minutes of precision until the dressing was complete! I couldn’t imagine having to do that everyday, much less by myself! Despite not being able to understand Japanese, I couldn’t get over the kindness of Yuri and everyone else helping with the kimono experience. I was put in a kimono originally handmade by her grandmother, given to her on her wedding day…and I was the first to wear it! I guess I was one of the first blondes to be put in a kimono based on the amount of “oohs and ahhs” and compliments that they showered me with. While I don’t particularly think I rocked the kimono as well as the Japanese, it made for an amazing experience nonetheless.

Once everyone was dressed in kimono at Guesthouse Mado, we were led around the streets of Arimatsu to learn more about the history of the area. 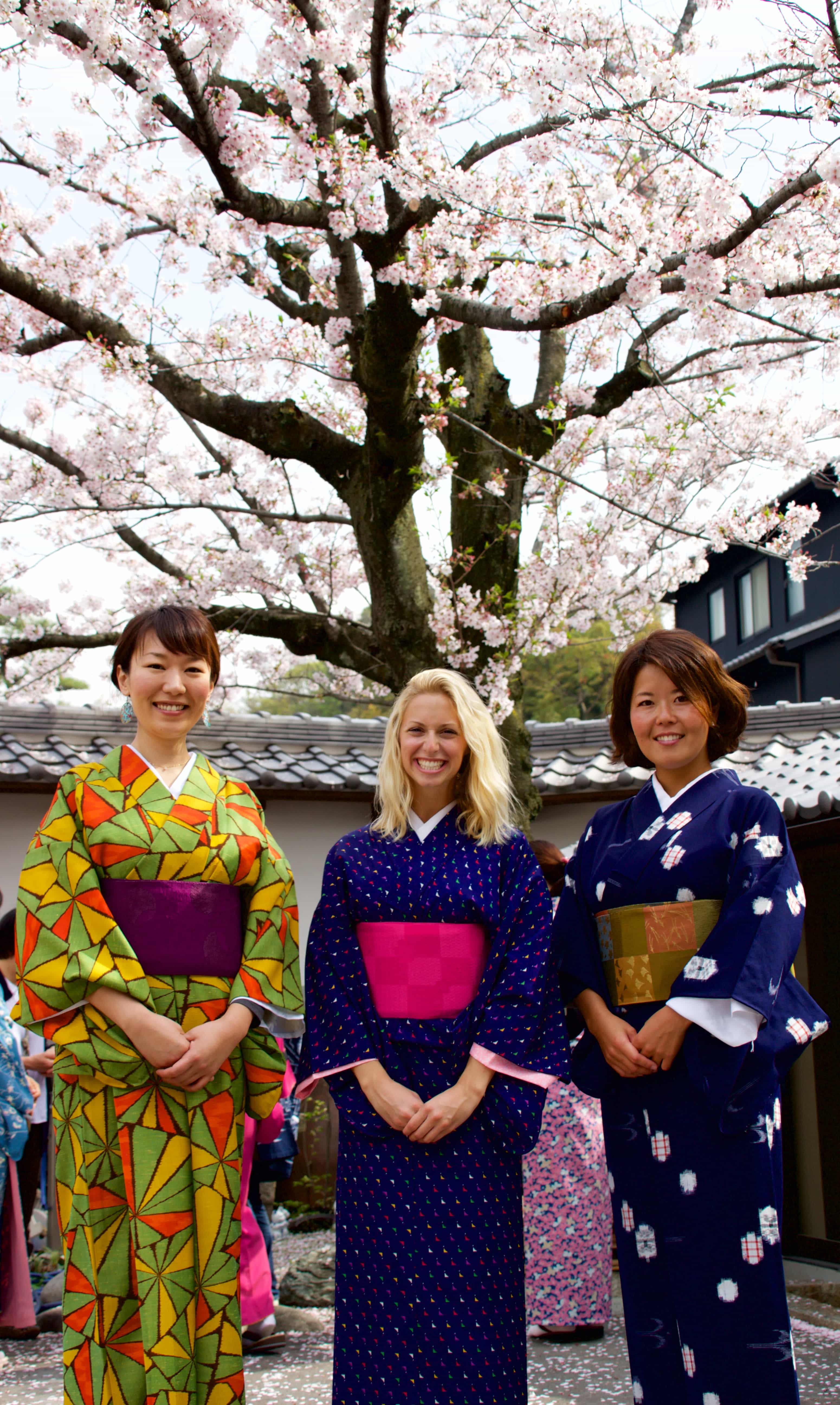 While much of it went over my head, as the tour was conducted in Japanese, I learned that the area was famous for its expensive tie-dye and textile industries. Who knew that it took 8 to 10 people to complete one piece of high quality tie-dyed clothing?! 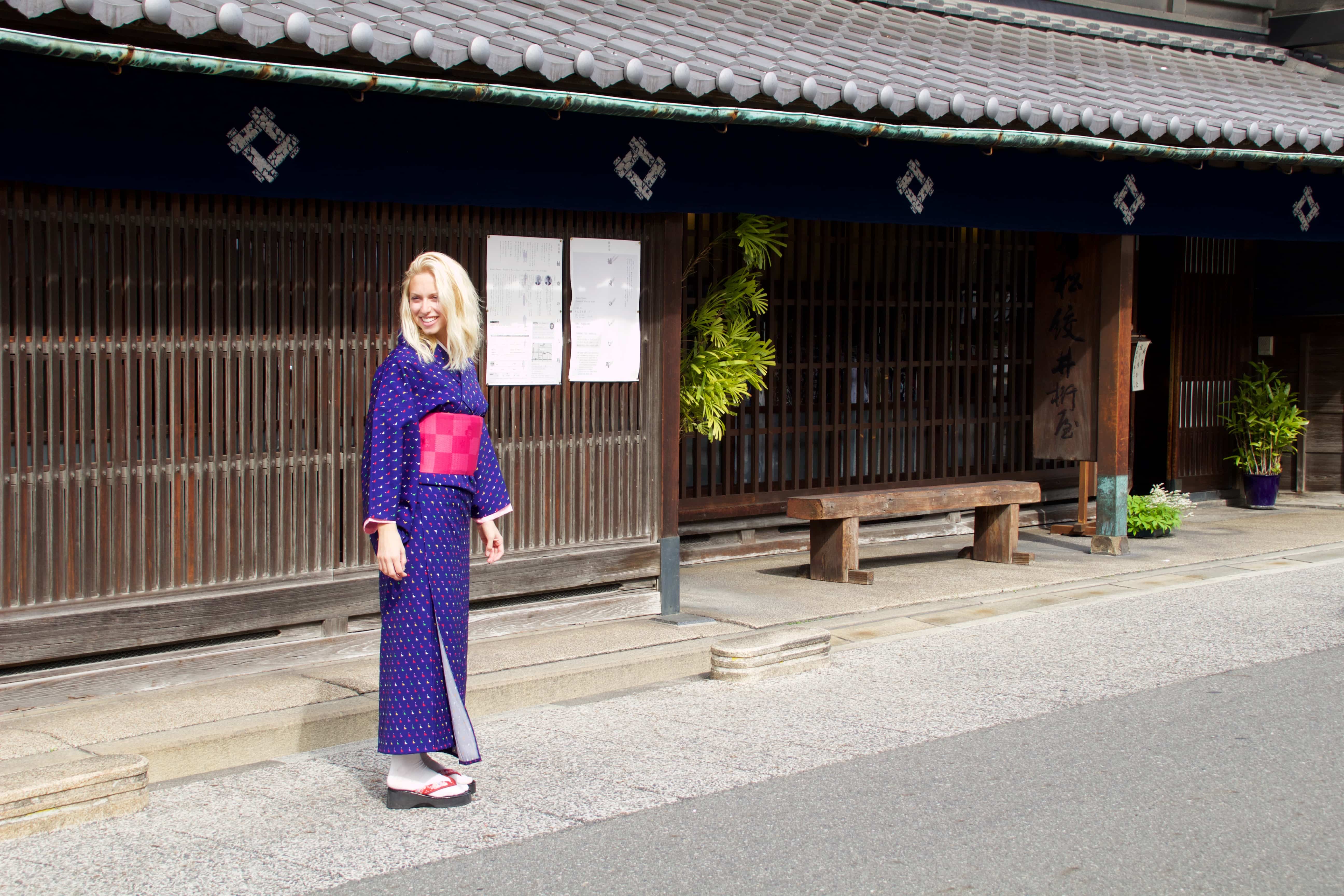 The most incredible aspect of it all was that it was a local event hosted at Guesthouse Mado, open to anyone in Nagoya. Unlike if I were to dress in kimono in Kyoto, for example, I was surrounded by true Japanese, and for that I am so grateful. The experience was real. 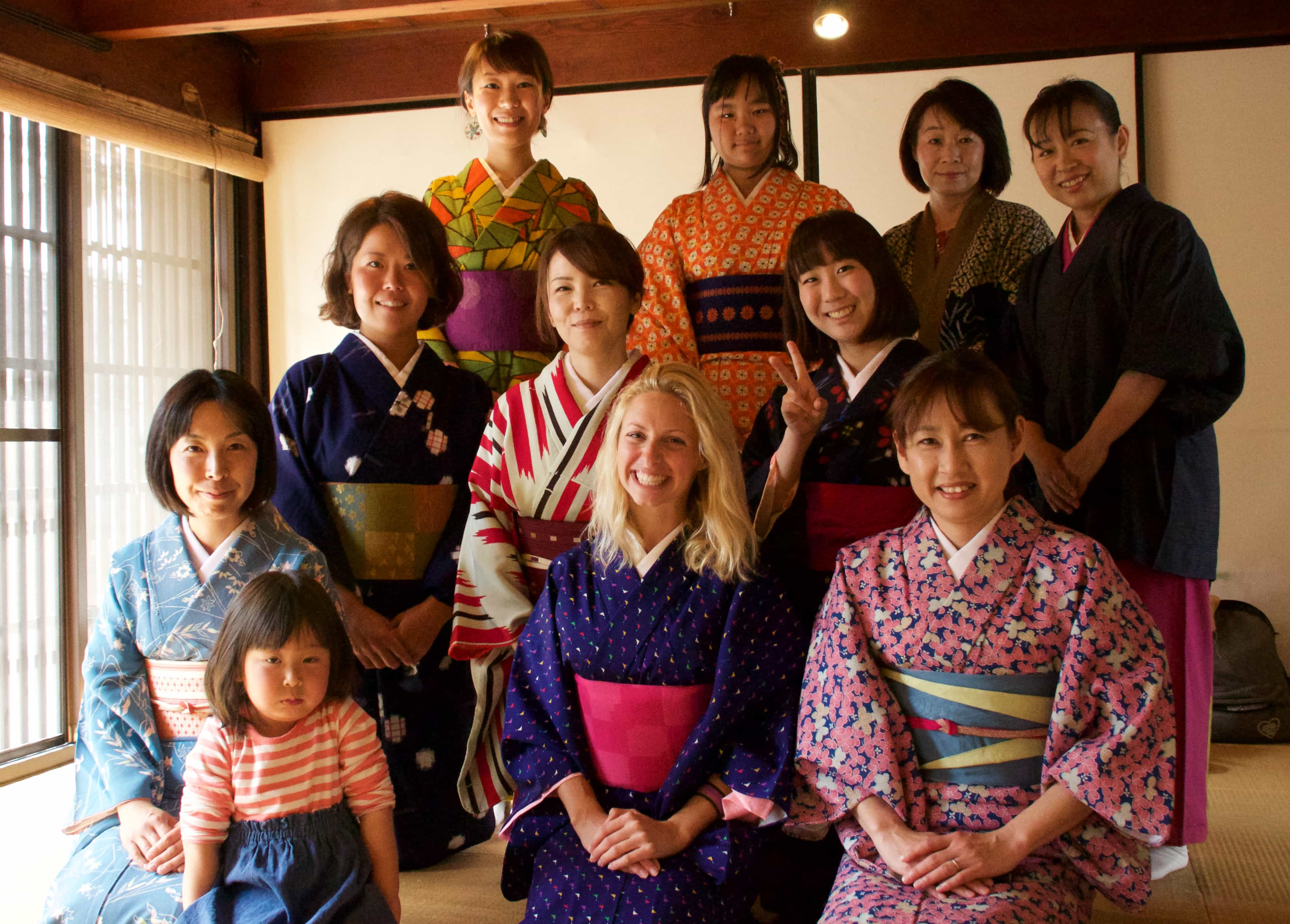 After wandering the streets dressed in kimono, we returned to Guesthouse Mado for a matcha making class. We learned how to properly whisk matcha powder with hot water until it’s frothy, to make the perfect, bitter tea. Served with wagashi, a Japanese pastry, this was a very traditional way to end the experience. 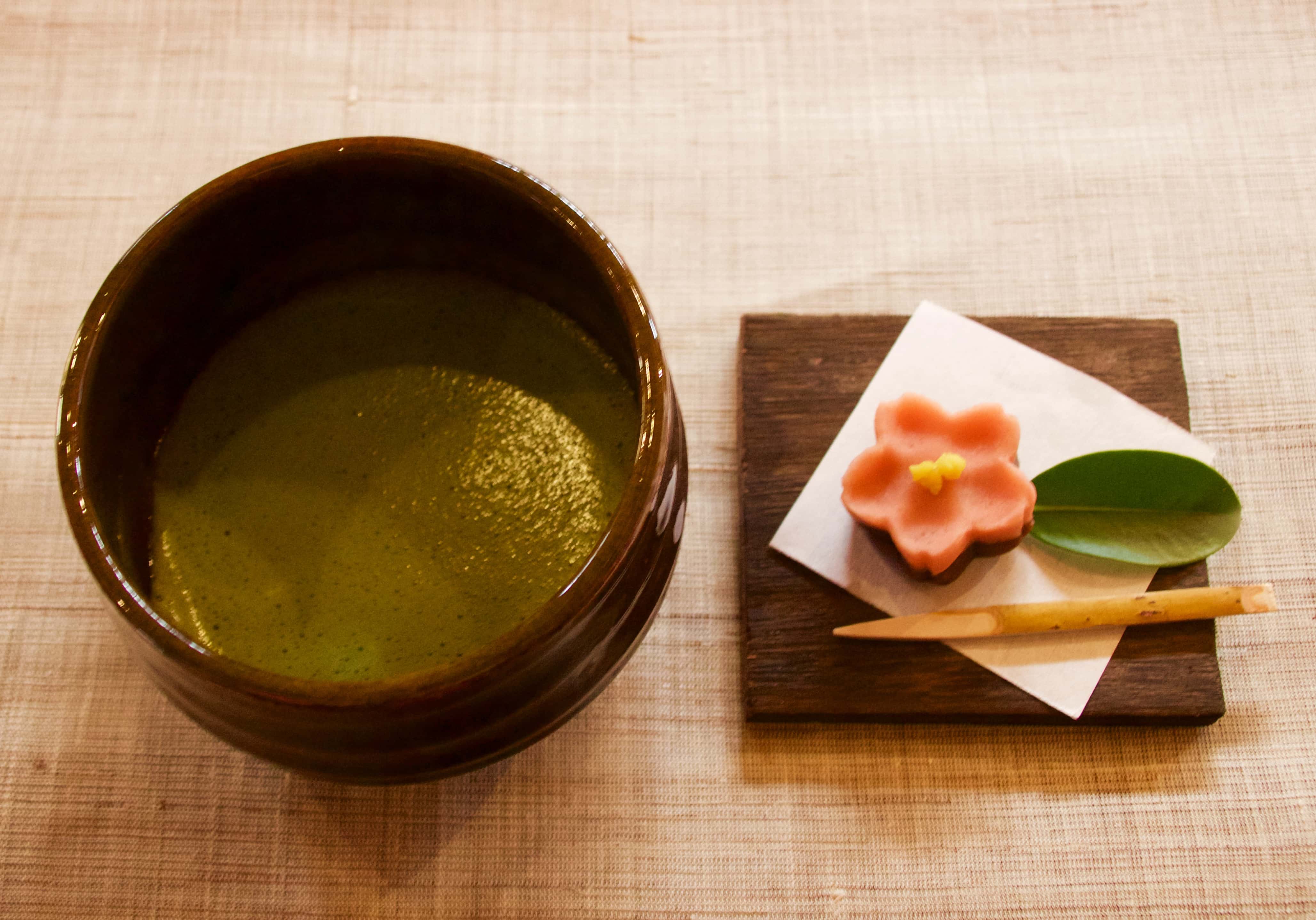 Following our kimono-wearing and matcha-making classes, it was time for our Ikebana lesson with Kayoko Kondo. Ikebana is the traditional art of flower arrangement and a means to bridge the gap between the indoors and outdoors; it represents a love of nature and natural beauty. 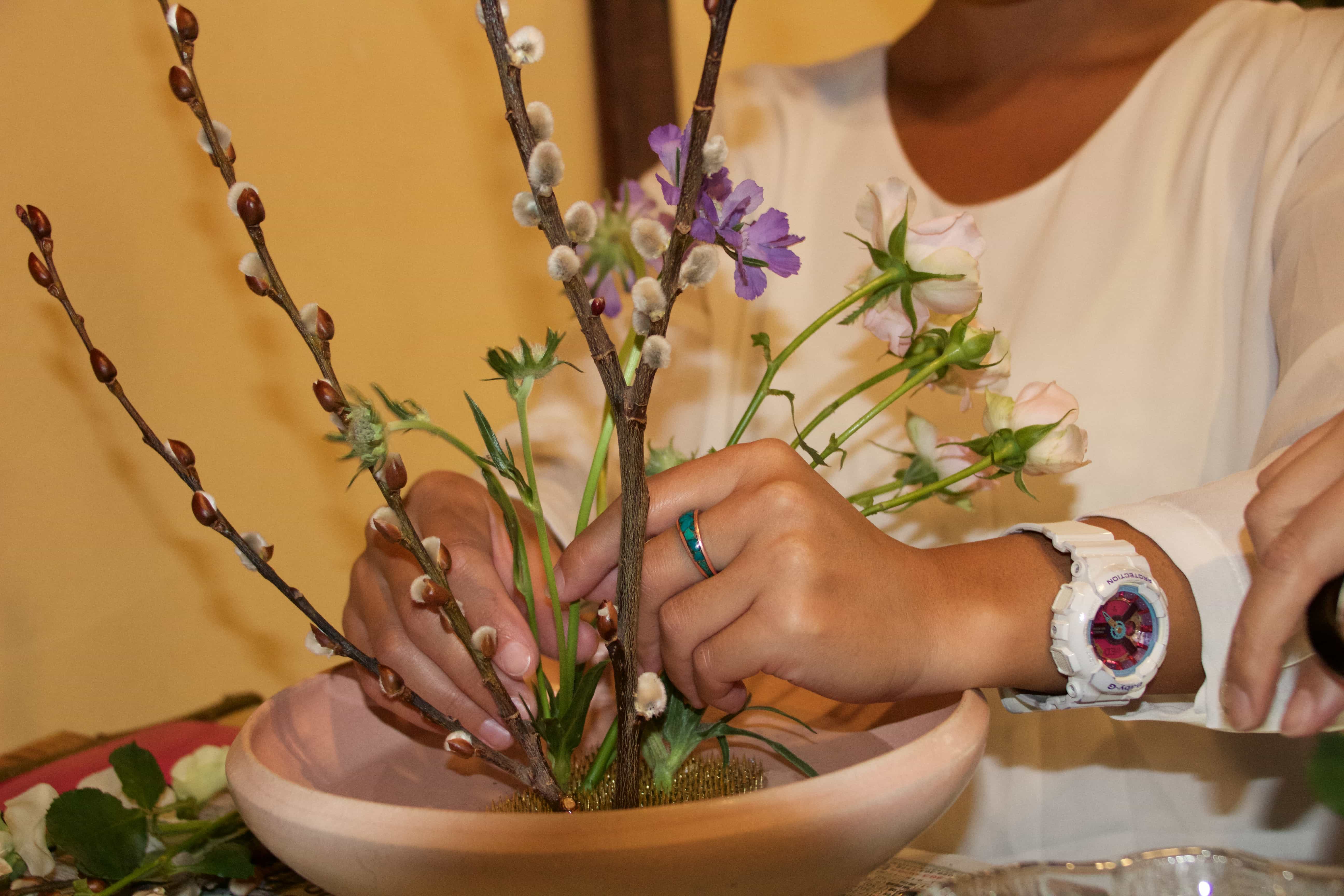 While I’m not the artsy type, I tried my hand at my own Ikebana arrangement (wth the help of Kayoko) and learned a bit about space, style, and color. There are two types of Ikebana being practiced today: the traditional and the modern. My friends worked on the traditional style of Ikebana, while I tried my hand at the modern version. Can you tell which flower arrangement was done by me, and which were done by proper Japanese? 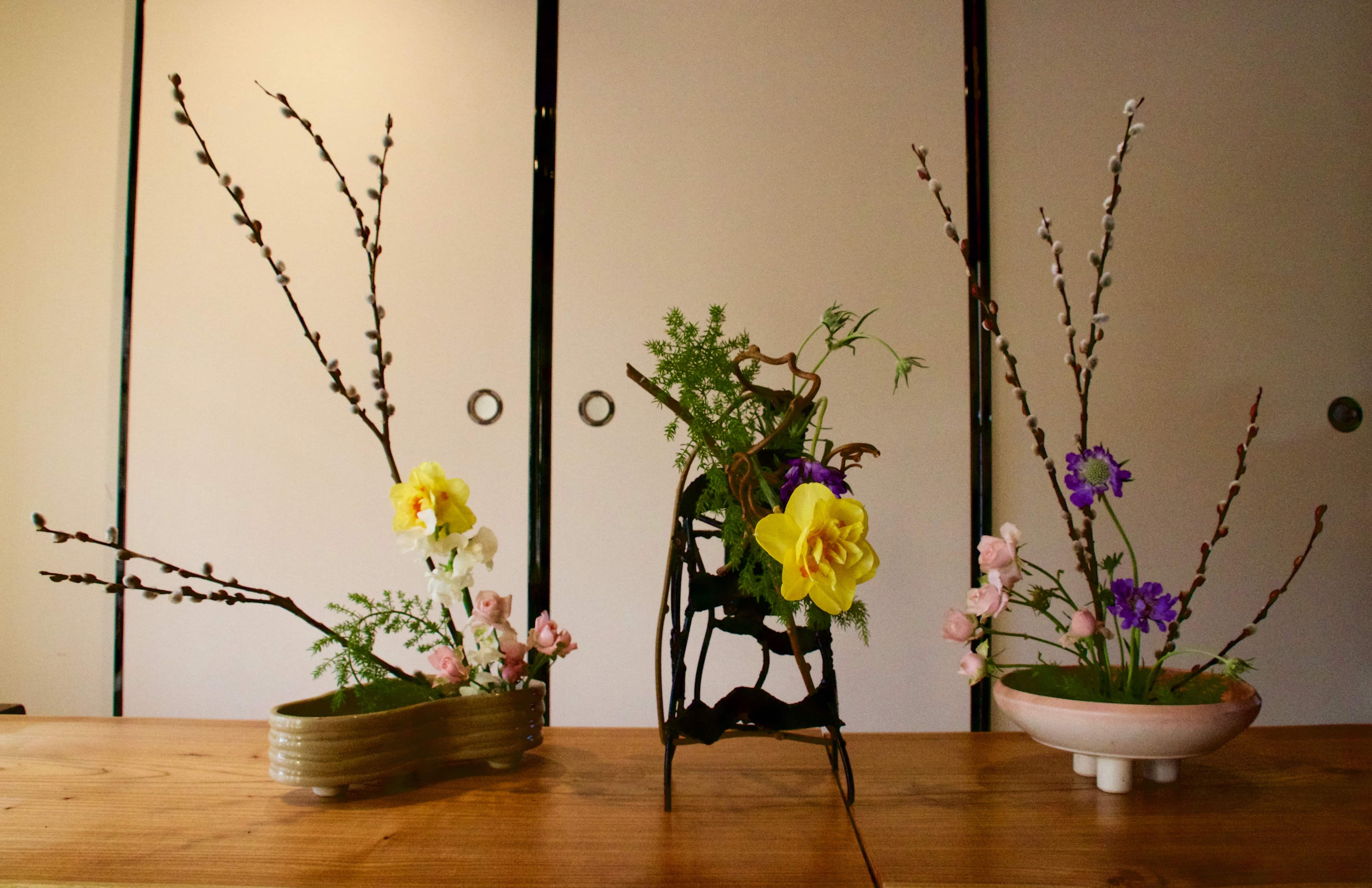 One of the best things about a humble guesthouse like Guesthouse Mado is that you have the ability to interact with everyone from the owners to the other guests. Kaz and Kayoko decided to throw a potluck dinner to end the evening, and everyone was invited — people from the kimono experience, some of Kayoko’s english students, other guests from Mado, etc. We all brought something typically Japanese to eat and drink, and had a fantastic time sharing both food and stories. It was a great way to blend together the various cultures represented at the table (Japanese, American, Chinese, and Swiss), and to make Guesthouse Mado feel that much more like home. 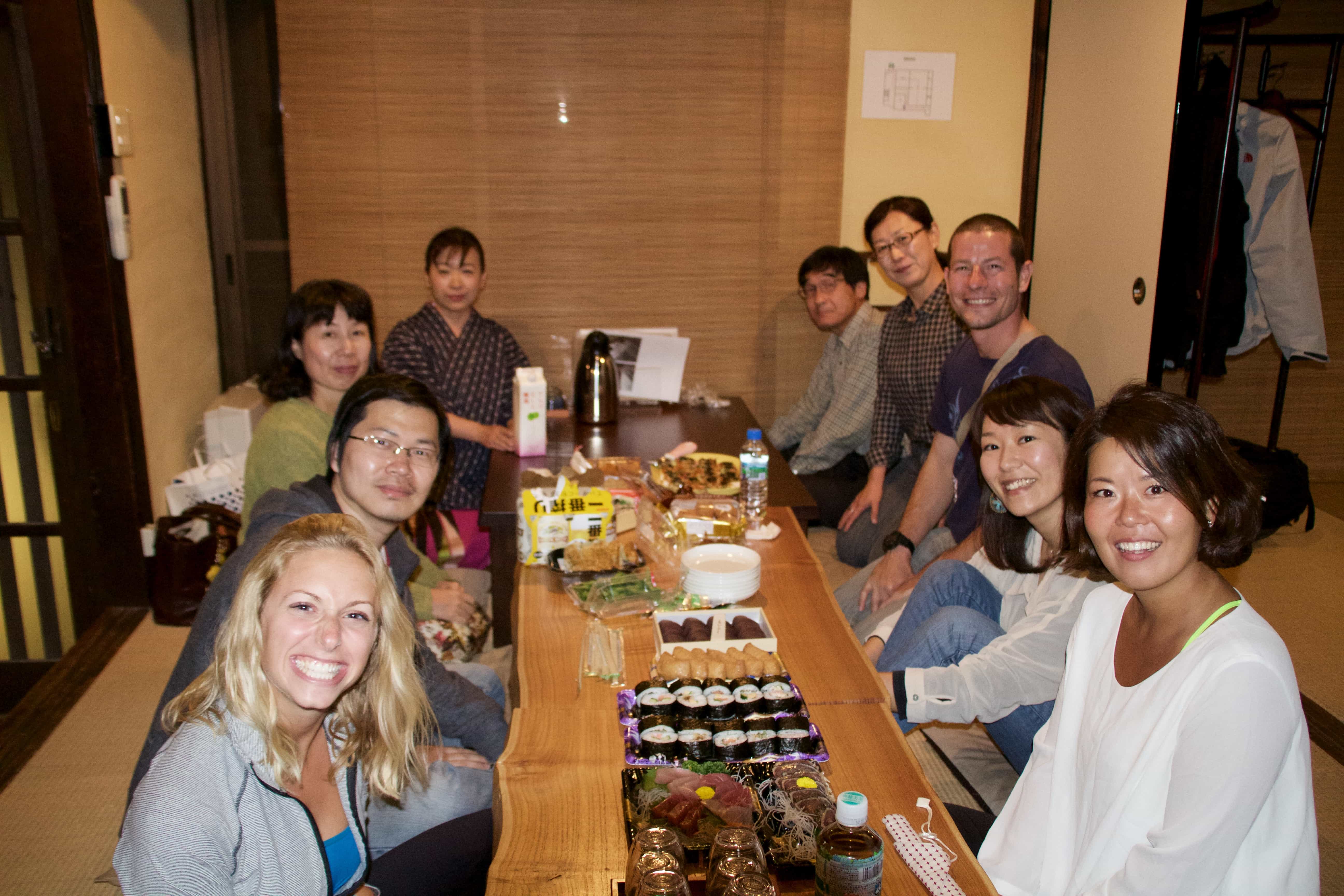 Next time I’m in Japan, I will be sure to visit Kaz and Guesthouse Mado for a few relaxing days in Nagoya. I’m so appreciative to everyone involved in helping me have such a culturally enriching experience in Japan!

Interested in staying at Guesthouse Mado? Pin It Please! 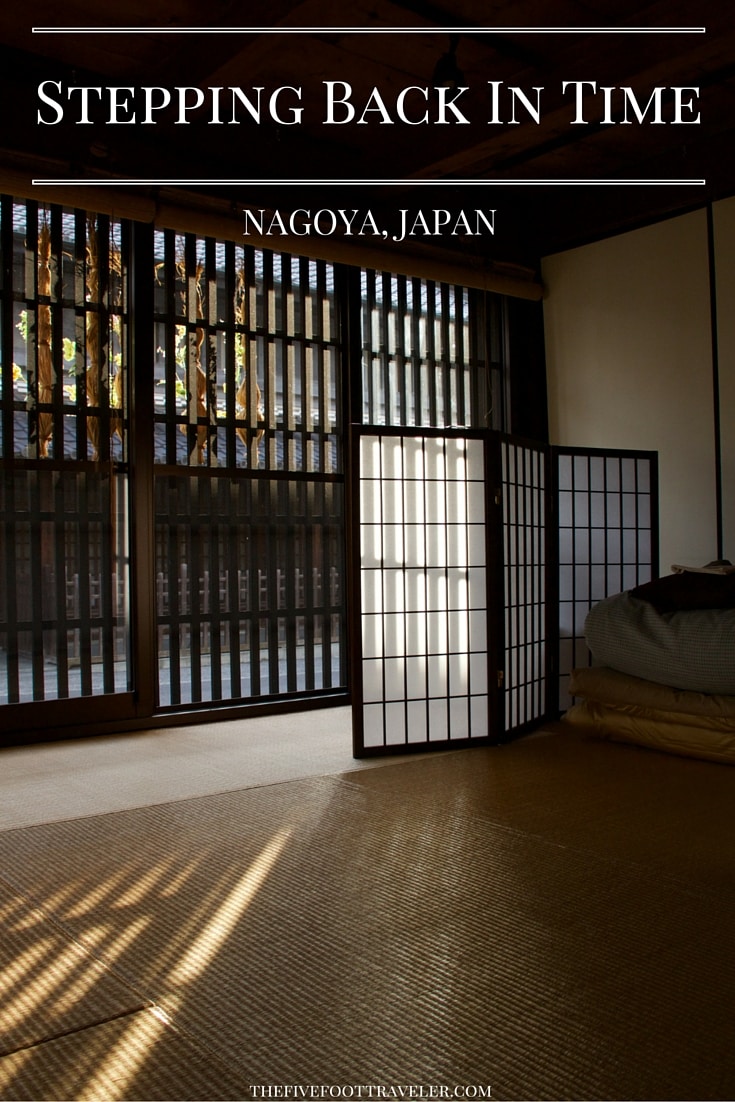 **Special thanks to Guesthouse Mado and Japan Experience for sponsoring my journey. As always, all opinions are my own.