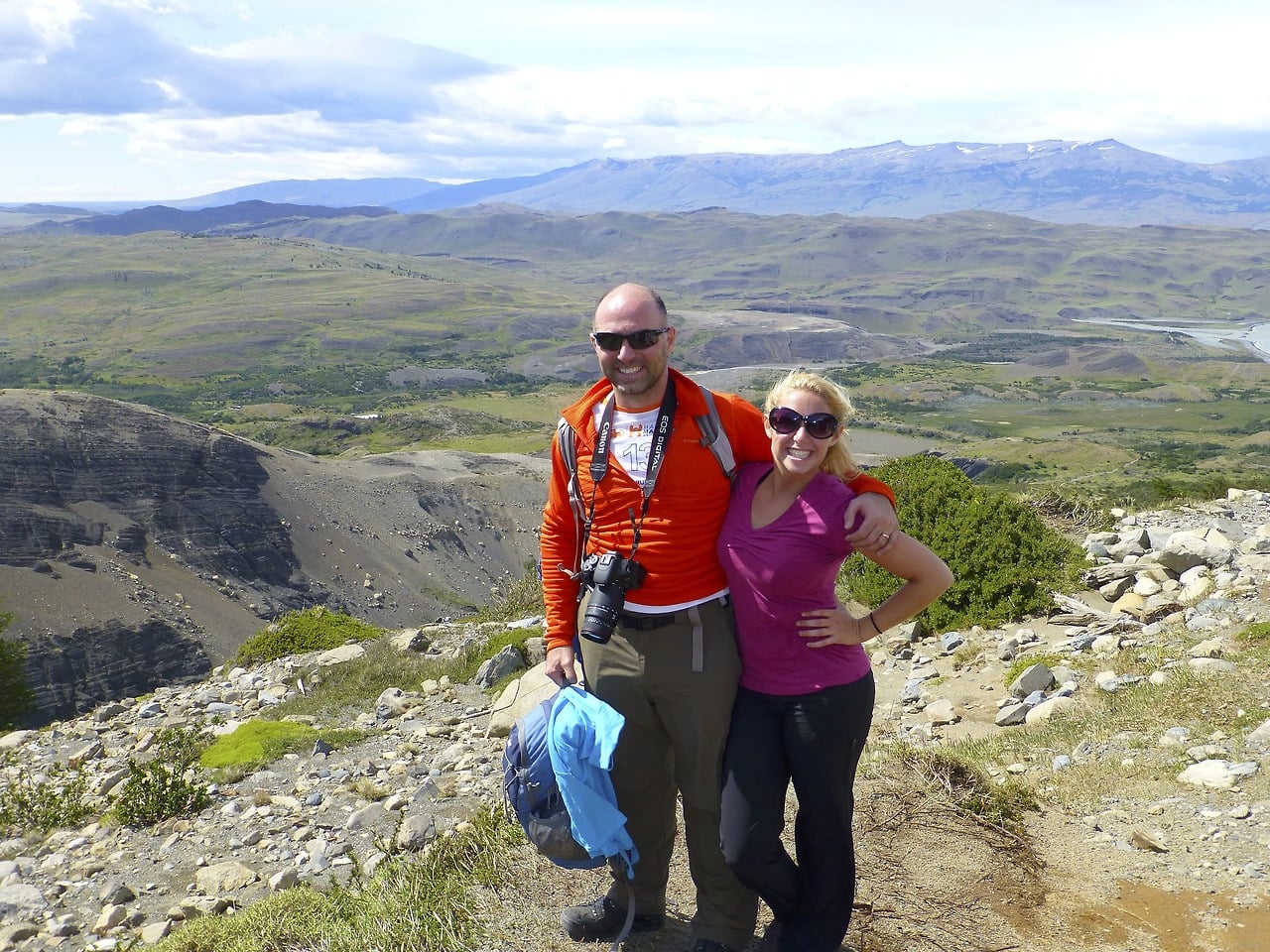 We took a bus from El Calafate to Puerto Natales, where we would begin our real Patagonia adventure, aka Parque Nacional Torres del Paine. I really wanted to challenge myself and test my physical ability and so we took off to do the W-Trek to tour Torres del Paine with Swoop Patagonia. The forecast said that it would be rainy and in the 40s (4 C) everyday and, just as we expected, we woke up the first morning to pouring rain. We met up with our lovely guide, Micky, and drove to the park, hoping and praying that it would both clear up and warm up, as we had a lot of trekking ahead of us. Well, as soon as we entered the park the sun broke through and we were blessed with a clear blue sky. We quickly checked into the Refugio and were told by the staff that it was the first day in six days that they were actually able to see the top of the towers in the distance – so amazing. And thus, we began our entirely uphill journey to the towers. I knew it would be a tough hike, but I had no idea just how hard it would be. My shoulders started bothering my pretty early on unfortunately, but I am so thankful for my wonderful father who was able to be my porter for the day. We took it slow, really feeling every step we took and stopped frequently to drink the fresh water – yes, I actually drank water and enjoyed it. All the while, we were trying to take in the outstanding sights in between our panting. It’s incredible how strong the wind is up there – there were times when I legitimately couldn’t take a step forward despite how hard I tried due to the wind.

After 4.5 hours hiking uphill we finally reached the towers, and the skies were still crystal clear. They were so incredible, such an unfathomable natural beauty that I was blessed to be able to witness with my dad by my side. Touring Torres del Paine is a must for anyone in the region.