Bush camping. If you’re up for it, you MUST bush camp at Spitzkoppe. After driving for a bit, we set up camp and immediately took off to go wander all of the rock formations surrounding us. 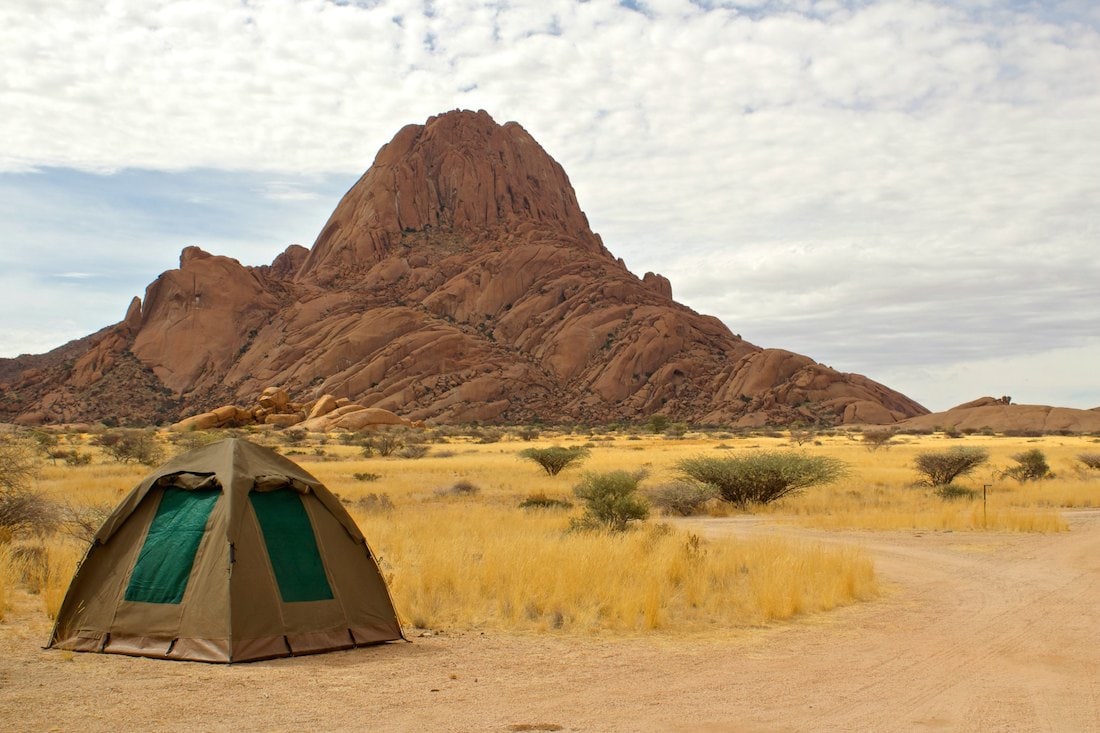 After observing some ancient Bushmen paintings nearby our campsite, we began a gradual but very steep climb up a rock face for sunset. When we got to the top, it was clear that it was going to be a beautiful sunset; to see the rays of sun beaming down over such a vast, barren landscape was absolutely breathtaking. To see almost every color in the sky – from yellow to dark orange to vibrant pink – juxtaposed against rugged rock faces in a sea of nothingness, was just spectacular and I’d be hard-pressed to see anything like it ever again. I sat in awe, so appreciative of all the blessings that had been poured upon me. I was in Africa, witnessing God’s works in a country that relatively few reach. After a while, the colorful sky began to fade as the full moon grew bright, so we slowly made our way down the steep slope. 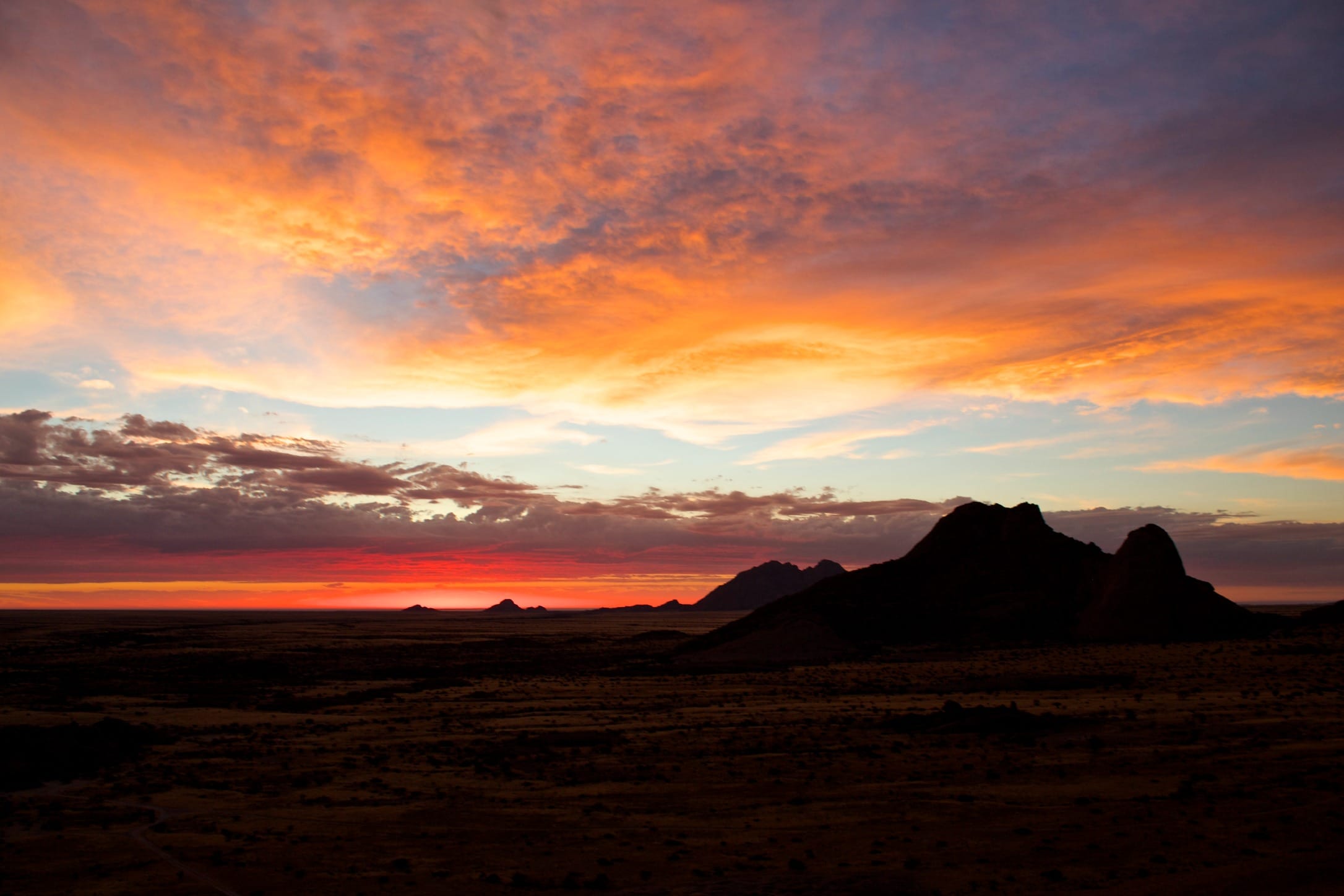 That night, Michelle and I decided to sleep under the Namibian stars with the scorpions and full moon. A chance not to have to set up the tent? Yes please! Well, we laid there and laid there and laid there. Who knew just how bright a full moon lit the sky?! A bit after midnight, while our group was sound asleep, we managed to set up our tent silently…and passed out in complete darkness.

The next morning, Chris couldn’t understand how our tent got set up because, when he went to bed close by, we were snuggled into our sleeping bags under the stars. SUCCESS! We didn’t wake up Chris and impressed him in doing so. At last the two blondes set up the tent seamlessly!

I would like to note though, that Intrepid really should alter the itinerary to allow less time in Swakopmund and more time in Spitzkoppe, as one night just wasn’t enough! 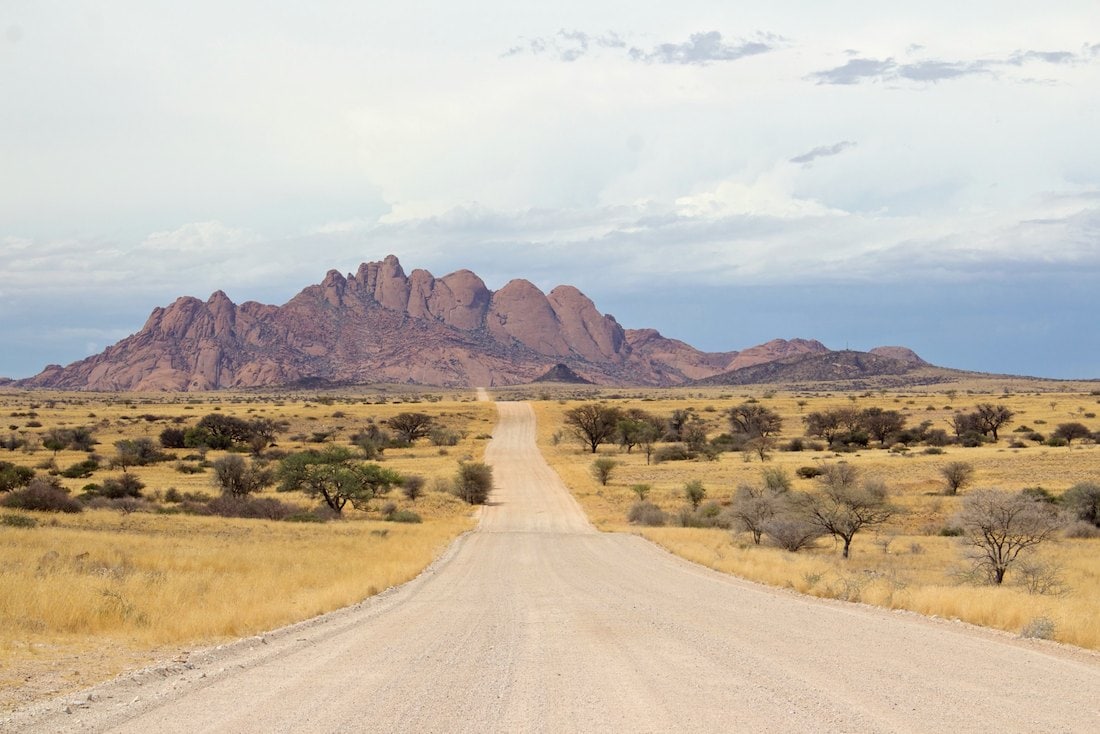