Cappadocia, an area of which many have heard yet few have experienced. This special area of Turkey was formed over 30 million years ago when Mt. Erciyes erupted; compressed volcanic ash, known as tuff, paired with erosion over the years, created the fantasy-looking landscapes, valleys, and fairy chimneys that you can see throughout Cappadocia.

Due to the other-wordly landscape, this area is particularly difficult to explore on ones' own. Fellow travelers recommended that I join a tour of the region, and I’m so glad that they did. After much research, I realized that Shah Mat Tours stood out amongst the other tour companies and decided to book both their Northern Cappadocia tour and their Southern Cappadocia tour (beginning at 9:30am and ending around 17:00 on two consecutive days). 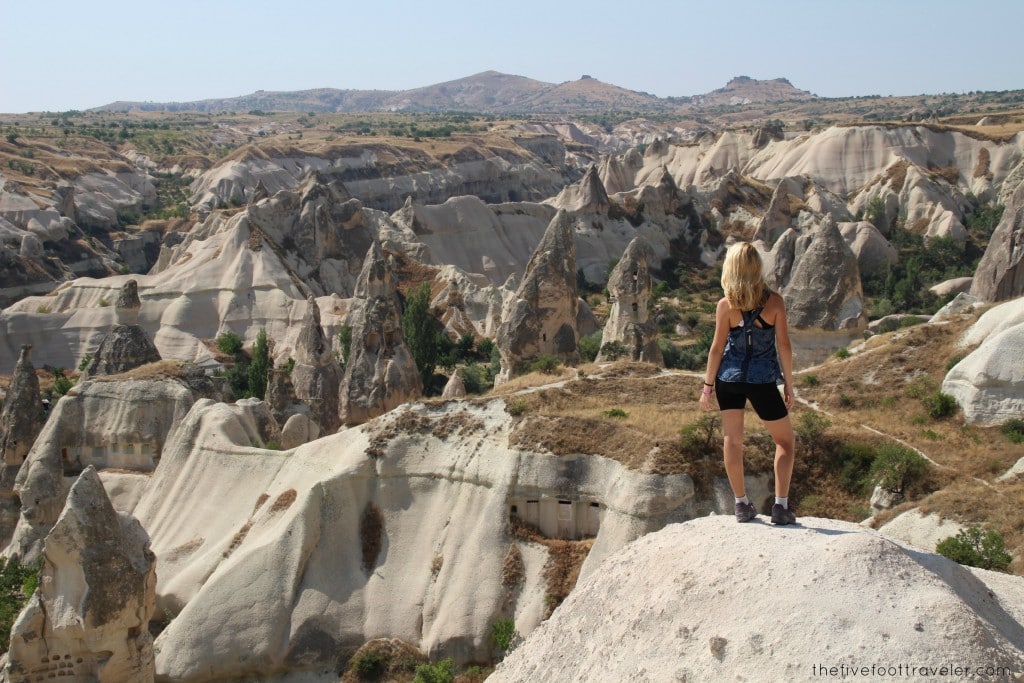 After being picked up at our hotel at 9:30 for our Northern Cappadocia tour, we were introduced to our guide, Suat, and our driver, Nevzat. They were both chatty, friendly, and full of information. Our first stop of the day was for the Esentepe Panoramic View. Suat took the time to explain to us the history of the region. We learned that:

From the Esentepe view, we continued on toward Pasabag, more commonly known as Monk’s Valley. In Monk’s Valley, the volcanic structures look like two separate entities – the “head” looks different from the “neck.” The reason for this is that, after the eruptions, the lava formed a head over the ash; thanks to the head, the rain couldn’t erode the neck, hence the two different colors. 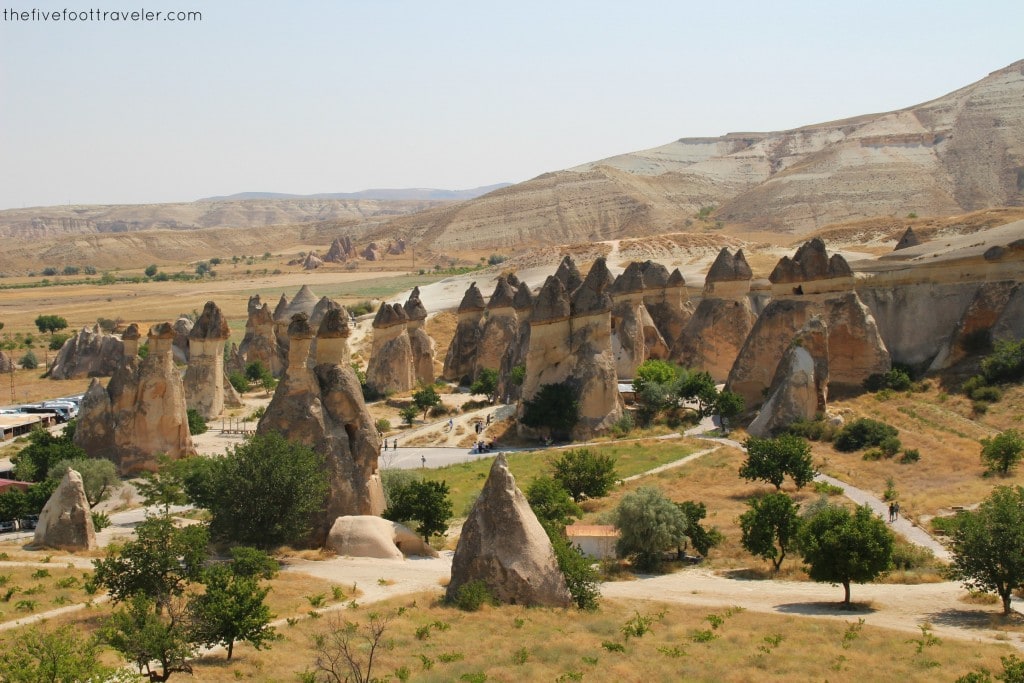 Over time though, the neck has eroded a bit because it’s not protected from the sun. This valley is referred to as Monk’s Valley because it houses a church that used to be active in the Byzantine Era. 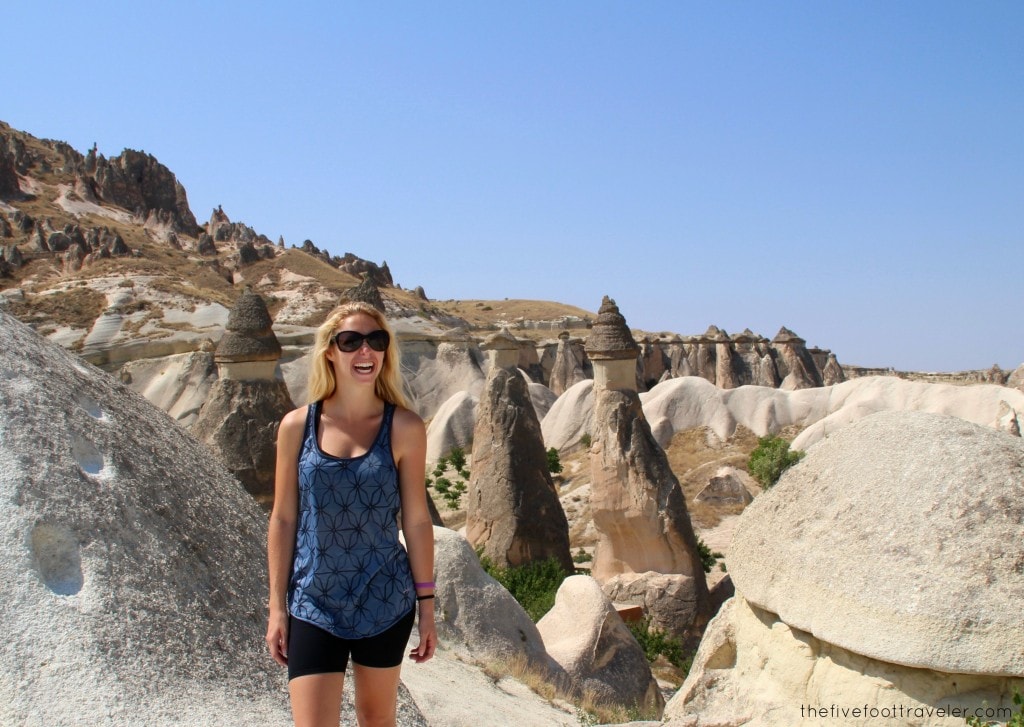 We stopped for lunch at a buffet restaurant. So many options, and the perfect way to break up our day.

After wandering Monk’s Valley for a bit, we made a quick pitstop in Imagination Valley. The rock formations in this area look like different images we have seen over the years – one looks like a camel, one looks like a hand, another looks like Napoleon’s cap, and one even looks like two ducks kissing. 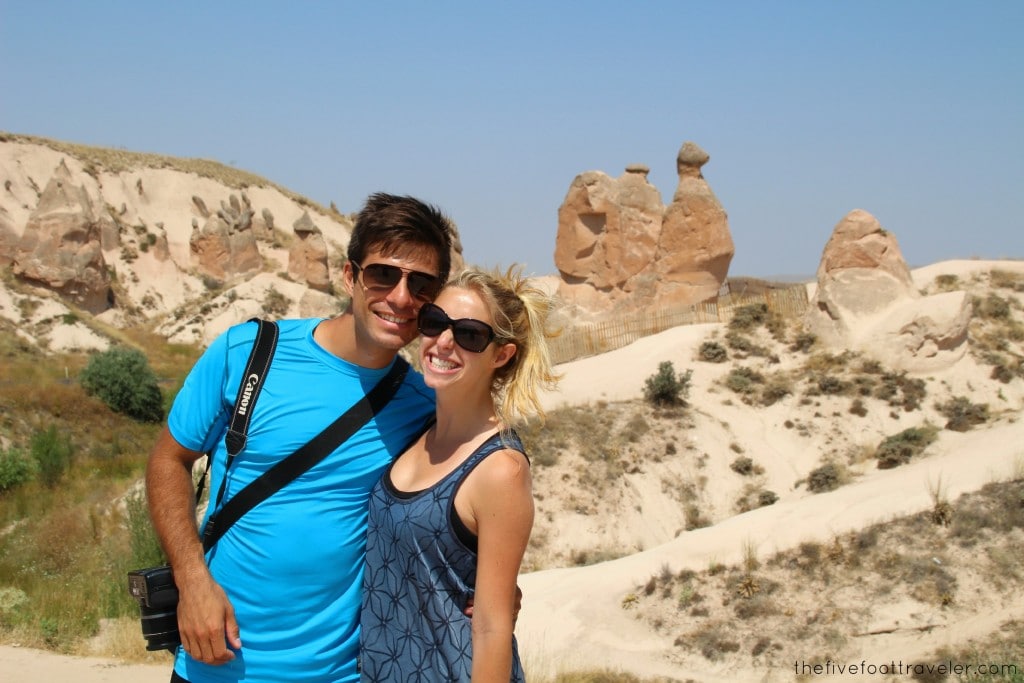 From there, we went to Avanos, the oldest town in Cappadocia dating back to 2000 BC, and saw the Red River, the longest river in Turkey. It’s red in color due to the terra-cotta clay that infuses the water. Pottery-making used to be the main industry in Avanos and you can still see its influence today. 5FT Fun Fact: Before getting married, men had to be able to prove that they knew how to make pottery. 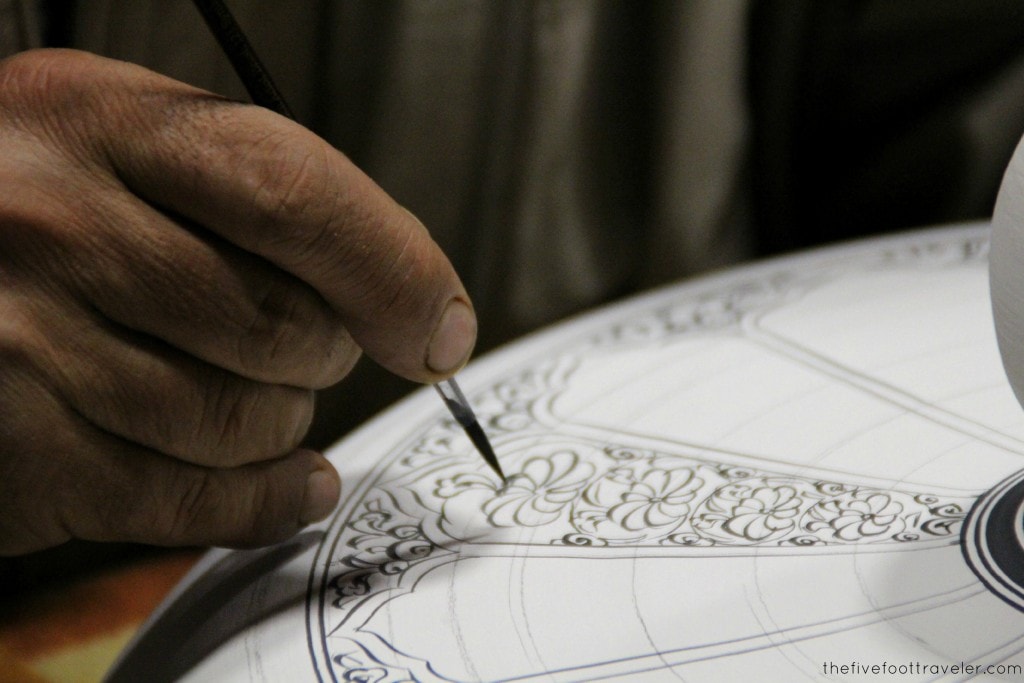 We visited Sultan’s Ceramic and met Saim at his ceramic shop. Located in a cave, this family business has been in operation for 200 years! Today, the 7th generation of the family works inside. They spend hours a day intricately designing each piece with precise detail; the clay used for the pottery comes from the red clay from the river. 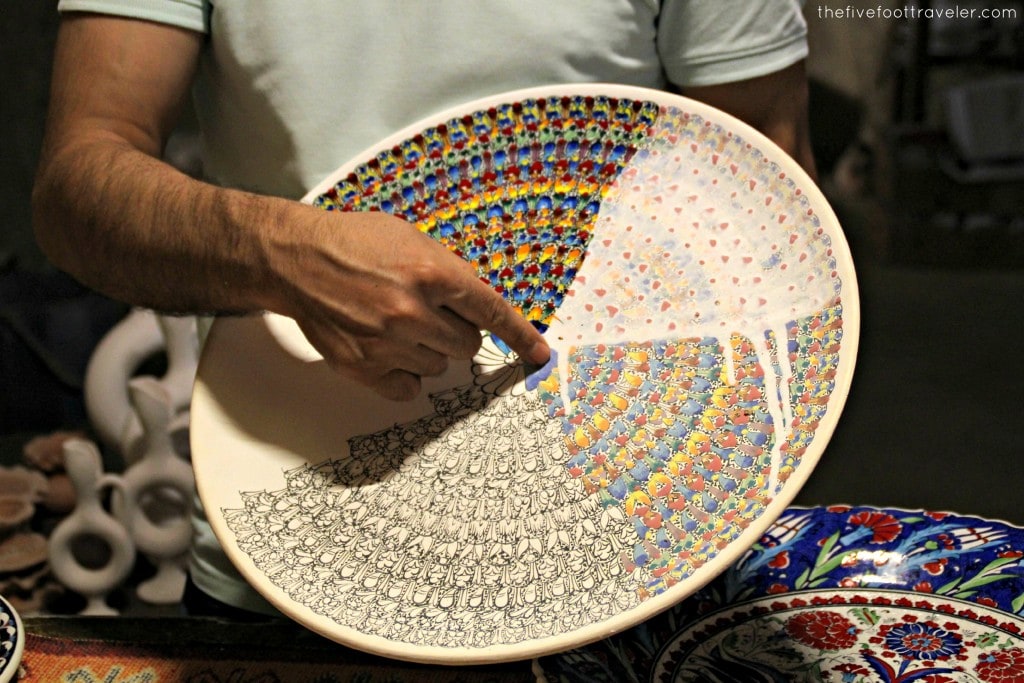 After a quick pitstop in the iconic Three Beauties Valley, we headed to Goreme’s Open Air Museum, one of the most popular places in Cappadocia, home to some of the greatest amount of protected churches (over 1,000!), paintings, and frescoes. 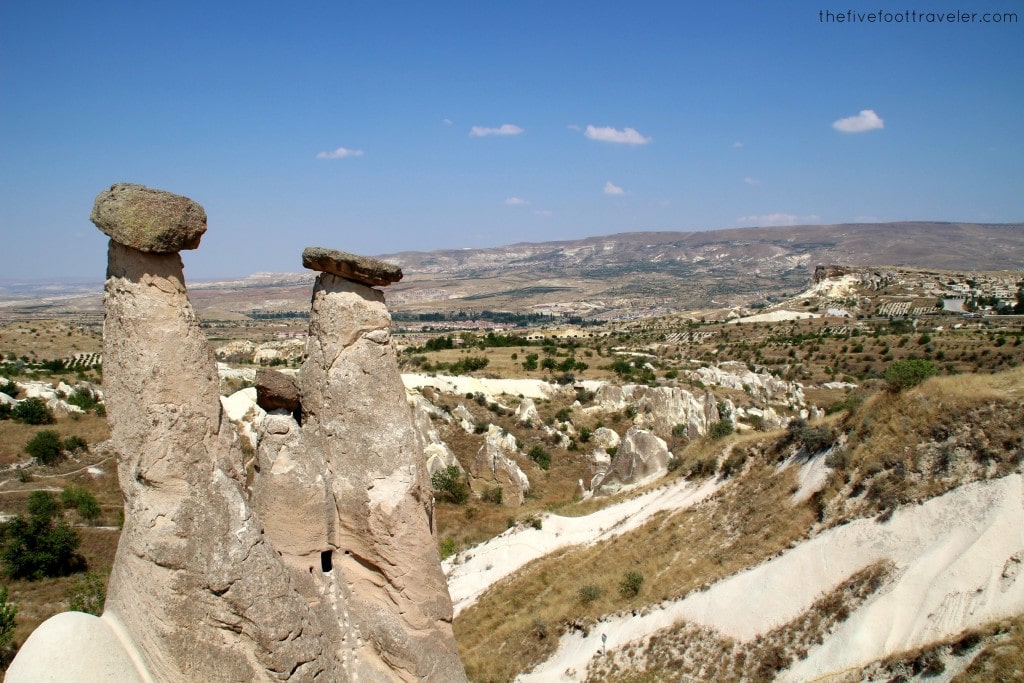 Deemed a UNESCO, this museum was in use from the 2nd century to the 1930s. Our final stop of the day was a monastery just outside of the Open Air Museum that was used to try to increase Christianity in the region. Covered in spectacular frescoes, this monastery is not to be missed! 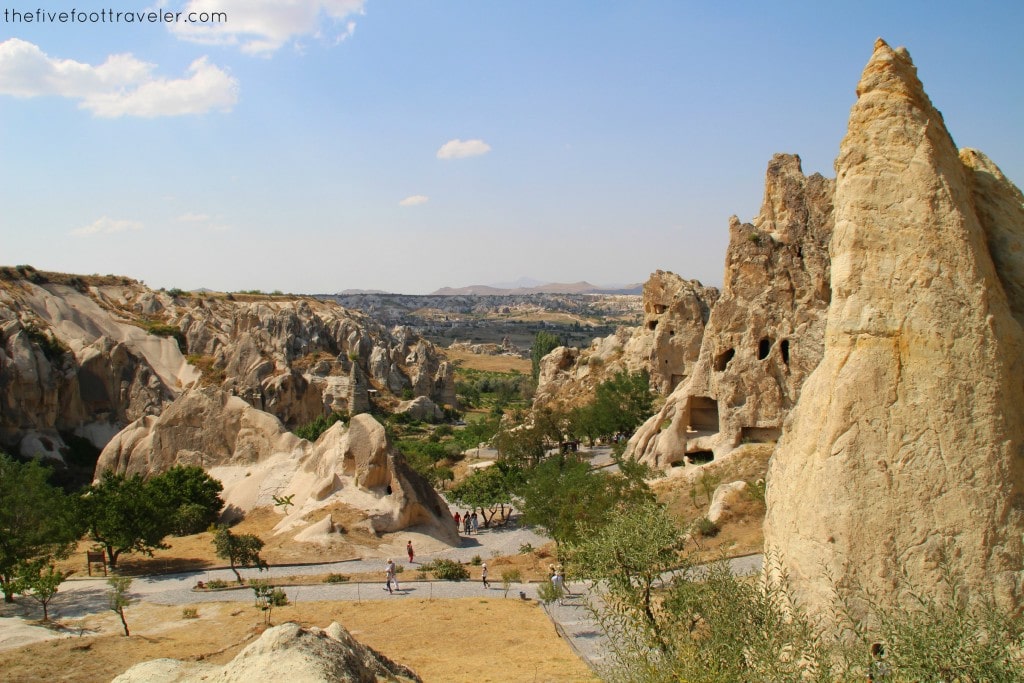 As our day came to an end, we were that much more excited for our Southern Cappadocia Tour the following day.

**Special thanks to Shah Mat Tours for kindly offering me a complimentary tour. As always, all opinions are my own.