“Smelly seal colony,” that’s the unofficial name for Cape Cross. Cape Cross, founded by the Portuguese, happens to be the biggest seal colony in the world, with approximately 80,000 Cape Fur seals. In the protected area, you are bound to see everything: smelly seals, fighting seals, even dead, rotting pups. It’s quite disturbing actually. The smell was overwhelming and, after a bit of time, I was ready to leave. Personally, I wasn’t very impressed with Cape Cross, but then again I’ve already had some up close encounters with lively sea lions in the Galapágos. 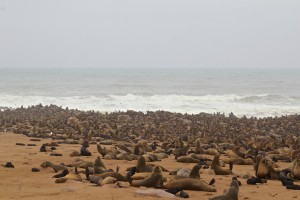 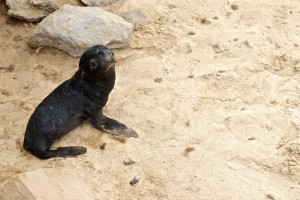 We continued on and made a quick pit-stop along the Skeleton Coast. Here, we saw Zelda – the most recent shipwreck on Namibia’s coast (2007). 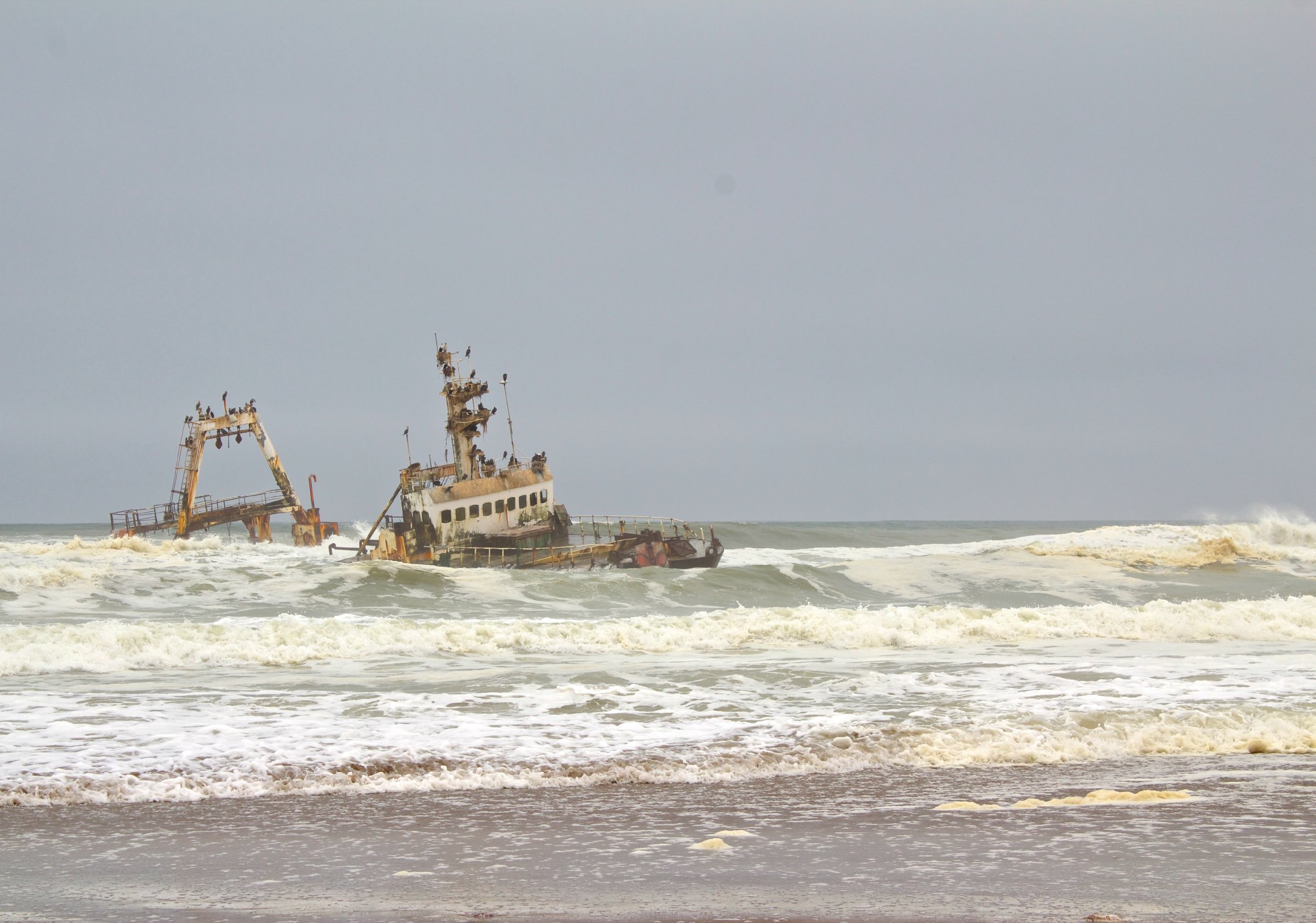 Our final destination of the day was Swakopmund, a city in the Namib desert with a German influence. We were to stay in little, personal triangular houses for three nights – real beds, yessssss! We spent the rest of the afternoon wandering around and eating ice cream, before having dinner at a German Bierhaus. Flashback to bartending at Bavaria Bierhaus in NYC! 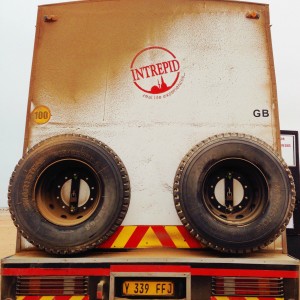 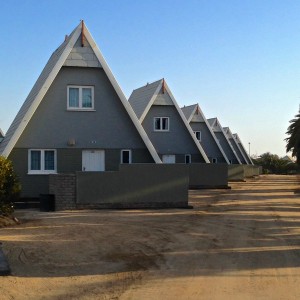