Entering Lesotho via the Sani Pass

When researching South Africa, I stumbled upon Rough Guide’s “Things Not To Miss” in South Africa. The Sani Pass was one of the only places on their list that I hadn’t planned on hitting. After reading about it and seeing the photos, I realized that I had to squeeze this quick detour into our itinerary. We were greeted by Paul, our guide, at 9am for our full day tour of the Sani Pass and Lesotho. The top of the narrow, winding Sani Pass measures at 2874m. Before the 1990s, the Pass was used for the transport of goods – the UN would transport goods to Lesotho via the Sani Pass, as it is the only way to enter Lesotho via car from the East. It wasn’t until the 1900s that it was used for tourism purposes. The first road up the Sani Pass crossing from South Africa into Lesotho was built in 1958, and the government built a second, safer road in 1968. People are afraid that in the next few years the road will be paved over, which will take away from the experience of the Sani Pass. The gradient of the Pass is 25% once it starts to zig-zag near the top; to do the Sani Pass in the winter time isn’t such a good idea (yes, parts of Africa do get cold enough for ice!). While the Pass is technically part of South Africa, at the top, you immediately cross the border into Lesotho (the Continental Divide is the official border between the two countries). 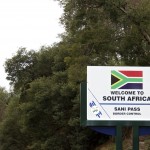 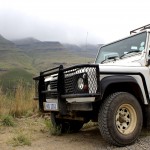 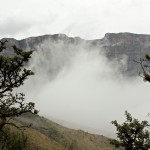 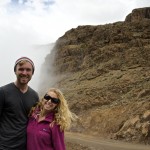 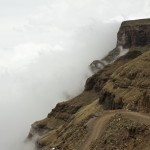 A bit about Lesotho (pronounced le-sue-two): Lesotho used to be one of the poorest countries in Africa and asked for help from the United Nations. In the mid-1990s, they got a big loan and built two dams (the highest in South Africa), which they were able to use to generate electricity for the country. Lesotho does okay economically because South Africa imports water from Lesotho, and Lesotho exports wool. Despite this, Lesotho is still a fairly poor country – most people don’t have a lot of money, nor make much money, but the people are rarely undernourished. Surprisingly, despite it’s decently poor state, Lesotho has a great education system; they have the highest literacy rate in Africa, as 80% of the population can read and write. Education is tackled in a non-Western fashion. Similar to the Bedouins, when a boy becomes a teenager, he becomes a Sheppard. He goes up to the Highlands and spends the whole summer living on his own as a Sheppard. When Autumn rolls around, he brings the sheep down to the Lowland, and then the men get to study in the winter months. After tackling the Sani Pass, we drove around Lesotho. We visited a sheep shearing station to learn about their biggest agricultural export: wool. We saw the gorgeous views from the Black Mountain Pass, but it was quite cold and extremely windy. The highlight of the day was hearing Paul’s story about the 1960’s road race disaster – during the annual race up the Sani Pass, a plane crashed into the Lesotho Highlands and all of the passengers were killed. On the 25th anniversary of the death of the passengers, a man went to visit the site of the crash as a means of memorializing his father who had died, since he was two years old when he died. During the ceremony of those lost, the relatives saw something glimmering in the dirt. They went down to pick it up, and it happened to be his father’s wedding ring. Somehow amongst all the excavation, removal of bodies, and traffic over the years, the ring just happened to be there. To this day, the man wears his father’s wedding ring around his neck. Believe it or not, this a true story – Paul’s friend was the guide for that group and witnessed it first hand. 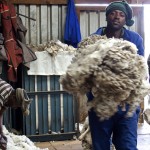 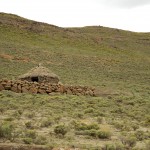 Post-lunch, we got to a Basotho (pronounced bah-sue-two) village. The people of Lesotho are Basotho and they speak Sisotho (sis-oo-two). The village consisted of very small huts with no electricity, and one woman invited us into her home. We observed her way of life – they see at night with candles, they cook over cow dung, their floors have coals underneath the ground to help warm them during the cold months, their bathroom is a tiny shed a few minutes away from their house, and the closest hospital is 45 km away. We learned a few words in Sisotho and watched the woman cook on her hands and knees. With a big smile on her face, she had us try Bochebe, a sweet and delicious homemade bread, alongside Twshala, a healthy, grainy beer. The experience made us realize that living so simply really enhances relationships and human interaction. One of the men in our group said that seeing a hut like that made him “miss his fridge and hoover and TV.” We in the Western world are so used to modern technologies that we sometimes lose sight of human interaction, whereas the Basotho acknowledged that they had no interest in Western civilizations, without even a desire to go into South Africa. The barren land and small villages of Lesotho really felt like a whole different world from South Africa. 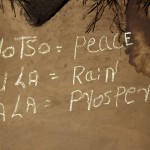 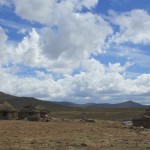 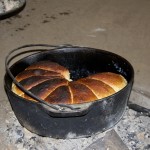 Travelers Tip: Don’t do the Sani Pass unguided, and make sure you have a full empty page in your passport because you will receive four separate stamps. I couldn’t recommend enough the necessity of a windbreaker and sweatshirt – the altitude causes Lesotho to be pretty chilly.