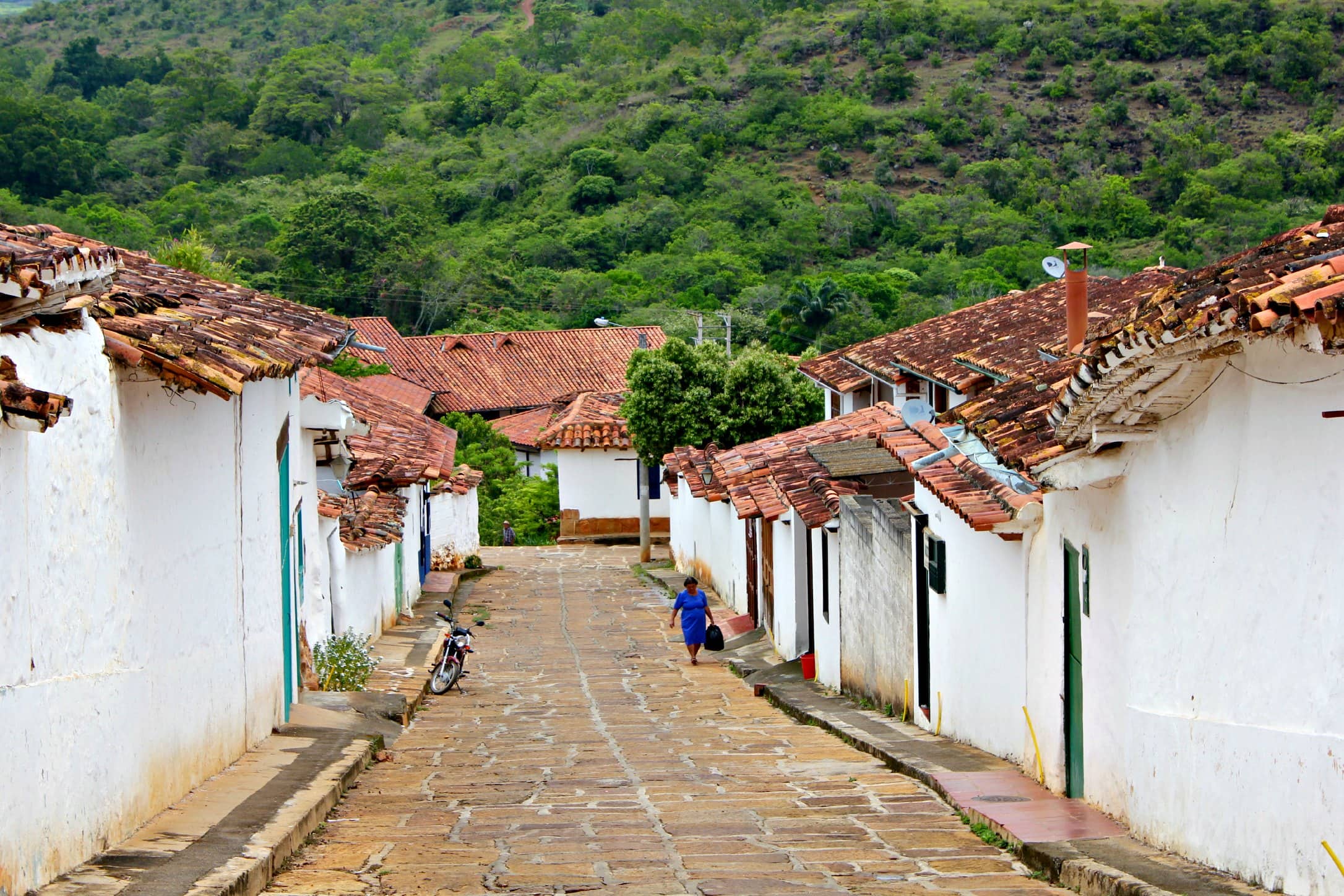 For 7,000 pesos, we were picked up from Renacer and driven to the bus station to grab a minibus back to Tunja, or so we thought. We were, however, convinced by the driver to take a minibus to Arcabuco because it was closer to San Gil, and allegedly faster (at 4 hours). That it was not. Seven hours later we arrived in San Gil – how it took so long without encountering any traffic, we have no idea.

After that long, exhausting bus ride, we took a taxi to La Pacha (15,000 pesos), the eco farm that we were supposed to stay on. We had to stop at an ATM because we had zero cash on us – we even had to pay the bus driver in USD because we didn’t have enough pesos; I mean, who knew that getting from Arcabuco to San Gil was 30,000 pesos each?!

As soon as we stepped out of the taxi and onto the property of La Pacha, we knew pretty instantly that we weren’t going to stay there. It looked really run down, not well organized or welcoming. The people that run it looked grungy and unkempt, to the point where we didn’t feel comfortable in knowing that they would be preparing some of our meals. We had chosen La Pacha because we wanted to camp, but the camping situation that they show online and in real life do not match up; it was rocky, muddy, and entirely un-cared-for. The best place to pitch a tent, which did have an incredible view, would have been a pain to trek up to with our packs, knowing that it was going to rain at night – the entire path up was made of clay and mud, which would most definitely be unsafe at night.

Honestly, we both just felt like we rolled up into an abandoned lot with dudes chilling on it trying to make some extra cash. The place itself has spectacular potential, perhaps with different owners.

Needless to say, we scooted out of there and caught a bus back to San Gil (1,800 pesos) and scored a room at Sam’s VIP Hostel in the main square – great decision. The hostel itself was awesome; it was spotlessly clean, had great amenities, and even huge lockers for every bed in the dorms. The staff was helpful, kind, and efficient, and the hostel is as centrally located as you can get – opening up into the big main square.

La Pacha and the hectic-ness surrounding it really put a damper on our experience in San Gil. By the time we were settled into Sam’s VIP Hostel it was too late to do any of the adventure activities that people go to San Gil to do. We spent what was left of our day wandering and eating.

The following day, we took the bus to Barichara, which was a cute, virtually deserted town. Very traditional, very colonial, very small. We checked out the Cathedral de la Immaculada Conception and wandered around the town. 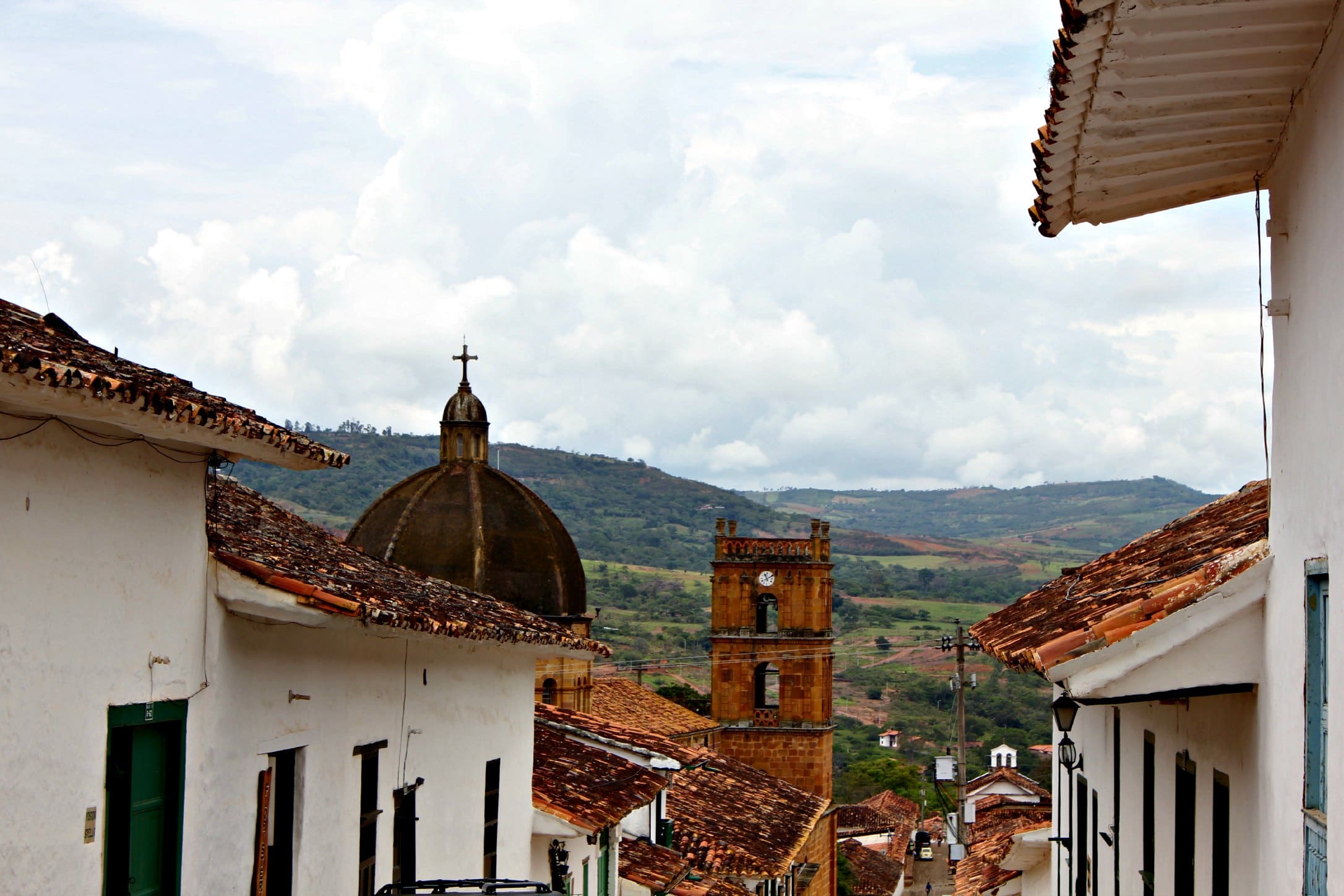 From Barichara, you can do the El Camino Real, a largely downhill walk through the valley to Guane. We had heard from many people that it was a beautiful hike, but we didn’t find it that beautiful, just long and hot. Once we got to Guane, there was nothing open and nothing to do, so it was quite anticlimactic. Everything was closed, so we just bussed back to San Gil about an hour later. 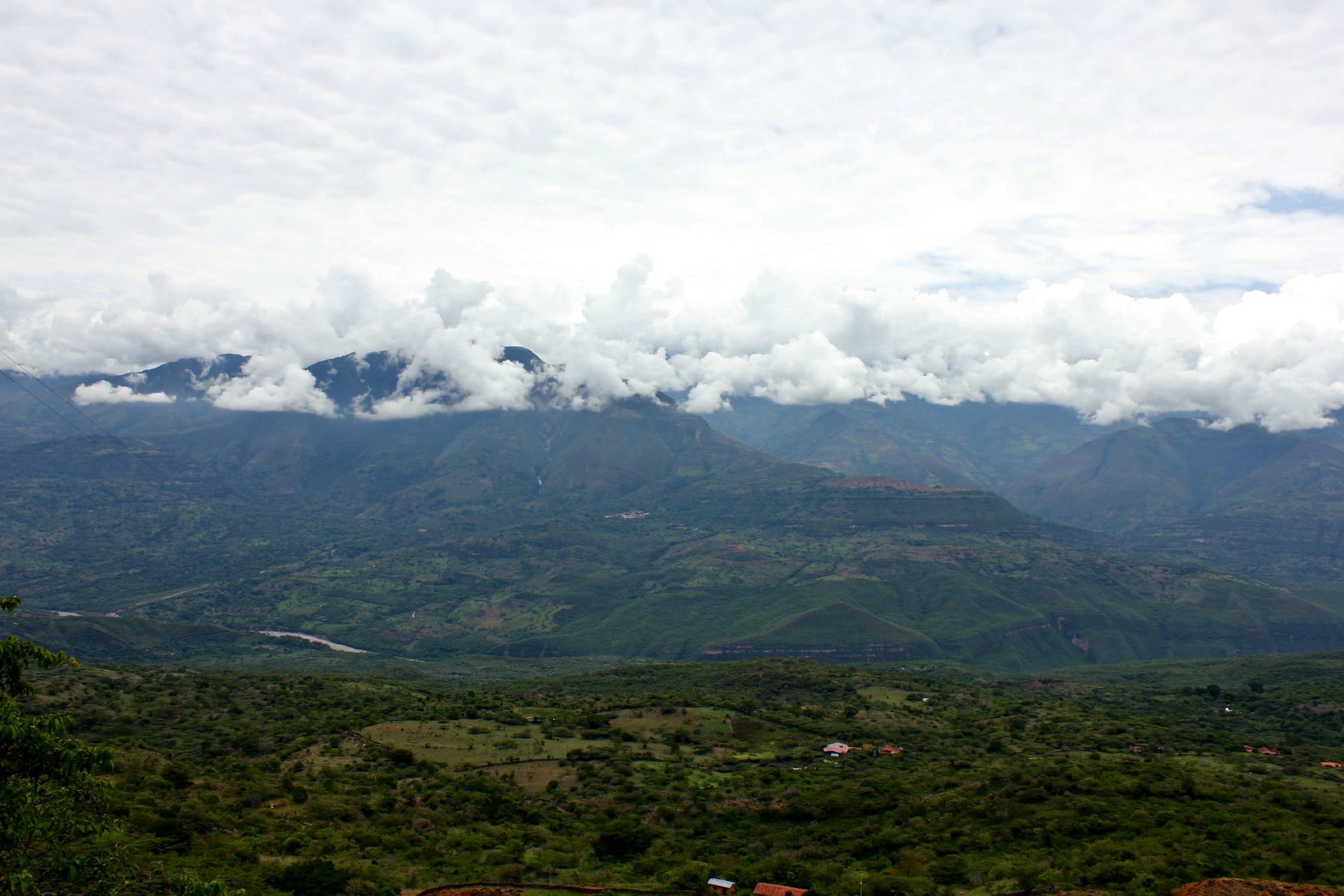 While our two days devoted to San Gil and Barichara were a slight bust, it was made up for with the fantastic food that we consumed at Gringo Mikes. From a 90% Colombian cacao brownie to a burrito the size of three normal burritos to the best black bean veggie burger to aromatic french press coffee, this place was the best. There portions were not only huge (enough for two), but the price was right too! Portion to price to quality of food ratio was completely incomparable to anything we’d encountered. 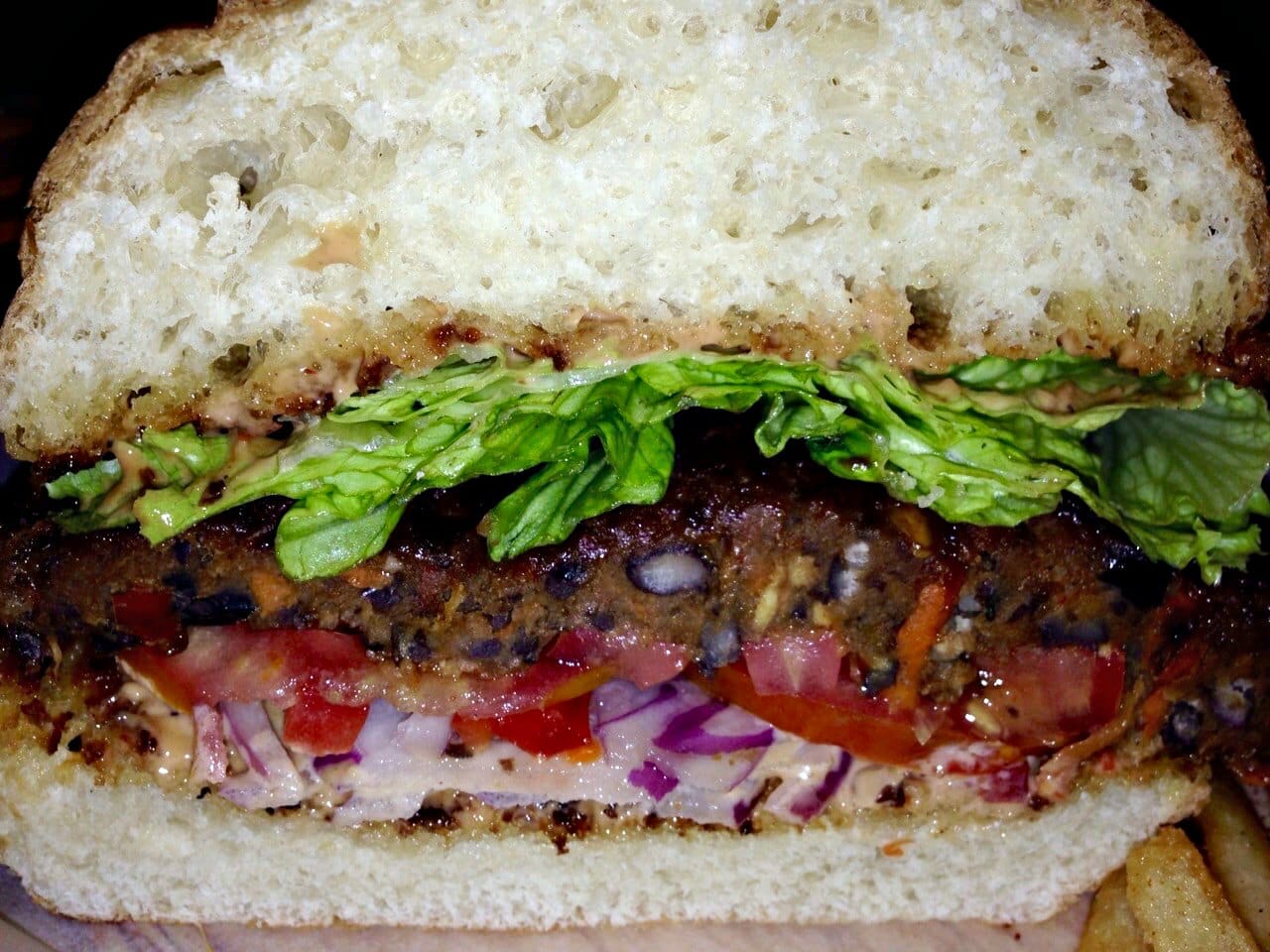 After missing our bus back to Bogota due to filling our bellies with too many mango pancakes too slowly, we boarded the final bus of our two-month journey. 8 hours later, we got off the bus in the pouring rain, were welcomed by Luisa’s fabulous mother, and stuffed our faces for our last night in Colombia. The following morning, after having one last arepa, we headed to the airport. Our Central and South America adventure had come to a bittersweet end. 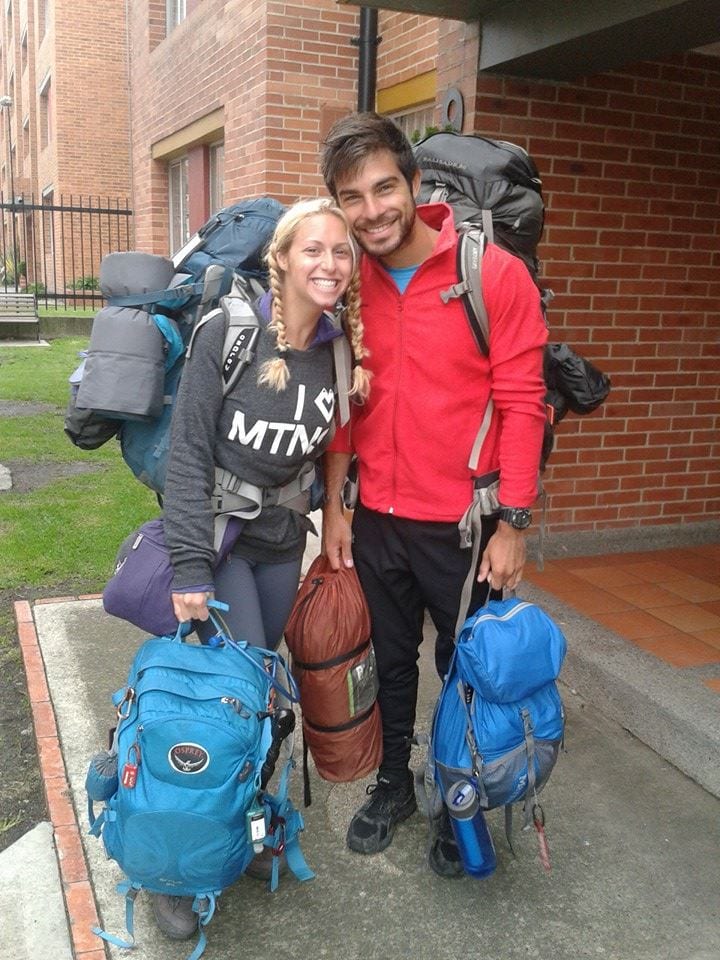