A Day in the Life of the San Bushmen

Post-Etosha, we were to spend two nights at Roy’s Camp in Grootfontein, Namibia. Quite frankly, it was two nights too many. There were no optional activities and nothing to do at the campsite except for drink (which I’m not really into when traveling). Intrepid really should have organized the San Bushman walk for the afternoon we arrived at Roy’s Camp, spent one night at Roy’s Camp, and left early the following morning. It would have given us an extra day in another place (ie. for Victoria Falls where we were given under 24 hours) instead of spending virtually two days doing nothing.

Despite that, our second morning at Roy’s Camp we drove 1.5 hours to visit a San Bushmen Village; I knew nothing about the San people except for the fact that they spoke in clicks. The elder of the tribe introduced us to their language and culture, however, he didn’t speak any English so another San translated for us. They were all in traditional clothing, aka loin cloths.

The elder told us that the very first thing they did every morning was make a fire. By rubbing together a “male” stick and a “female” stick, while chanting away the bad spirits, fire magically appears. It’s quite impressive, check it out:

He then walked us through the village, showing us how they get all of their remedies from nature – plants and roots. It was fascinating to see how their environment provided the remedies for coughs, sore throats, constipation, diarrhea, and menstrual pains. When they found a beetle and an egg on a leaf, they explained that the beetle’s egg is poisonous and they use it to hunt. The San use shin bones from animals, carve them into arrows, lace the arrows with the beetle poison, and shoot down the animal.

Fun Fact: The elder said that every man will be given a wife, unless they’re lazy and do not hunt; then, they will be given no wife. 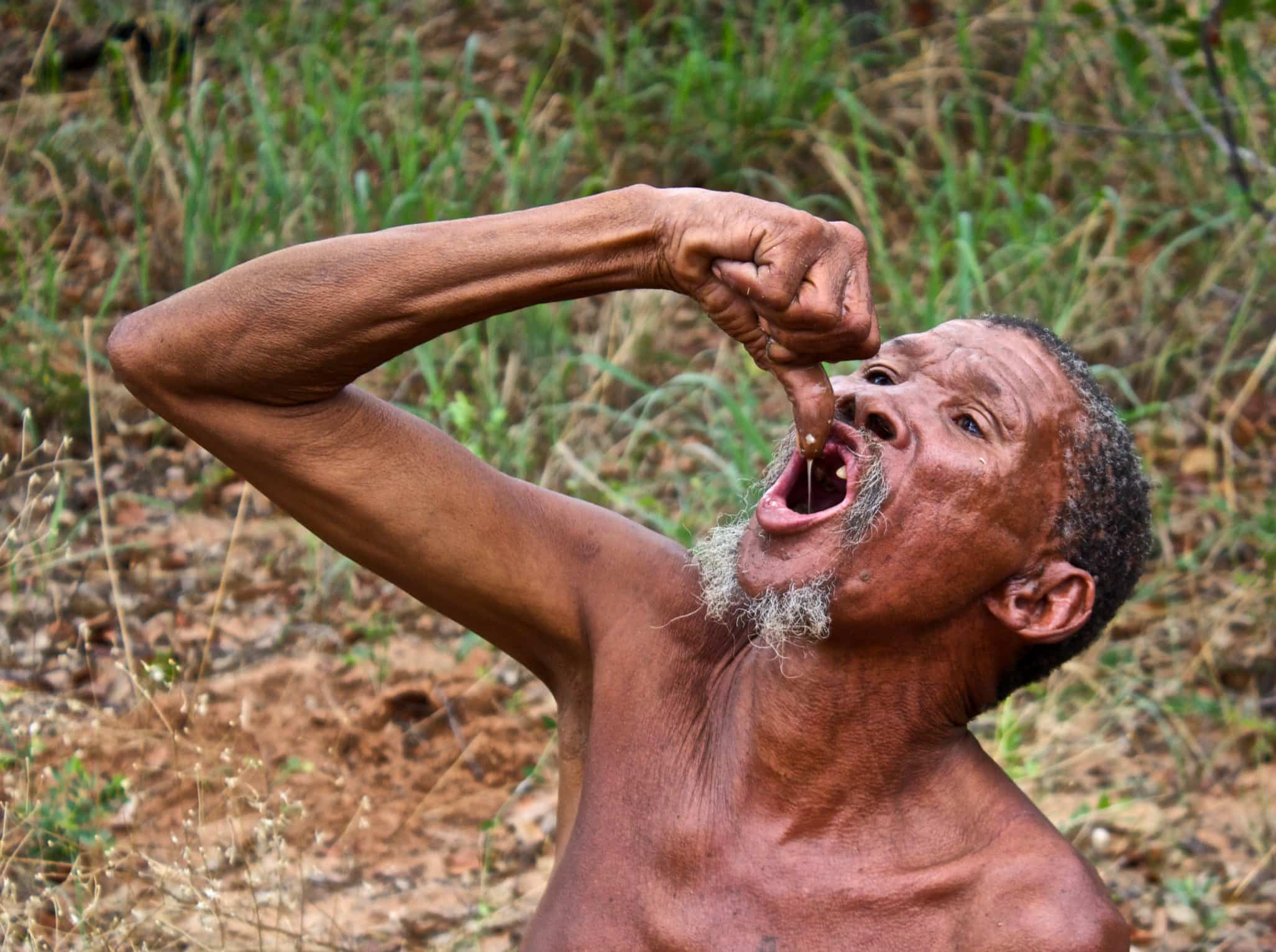 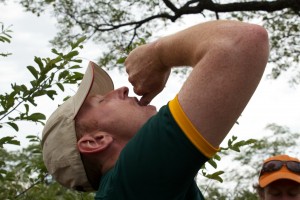 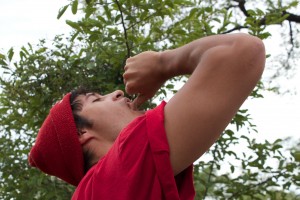 After Layz smoked rabbit dung out of a pipe with the elder (who flat out laughed at his failed attempt), the village came together to show us some of their traditional dances – a welcome dance and a healing dance. During the healing dance, typically performed at night, the medicine man blows on the heads of the children to wash away the bad spirits that supposedly surround them during the day.

Overall, the experience with the San people was mesmerizing; it is so different from any culture I’ve ever experienced. It is obvious that the San have had a rough life – they’re very thin and their skin is burned in many places, and yet they’re some of the most smiley, gracious people I have ever encountered. It made us question our own materialistic values. The San live simple, basic lives, relying on the Earth to survive and yet they seem to truly make the most of what they have, and appreciate what they have. Sadly, if we were left to ourselves and our Earth, I’m not sure how successful our lives would be. And, I doubt we’d be as happy.