We used Panama City solely as a gateway to the San Blas Islands and Colombia. Do your research and choose your departure based on the boat, not the date. There are some horror stories out there! 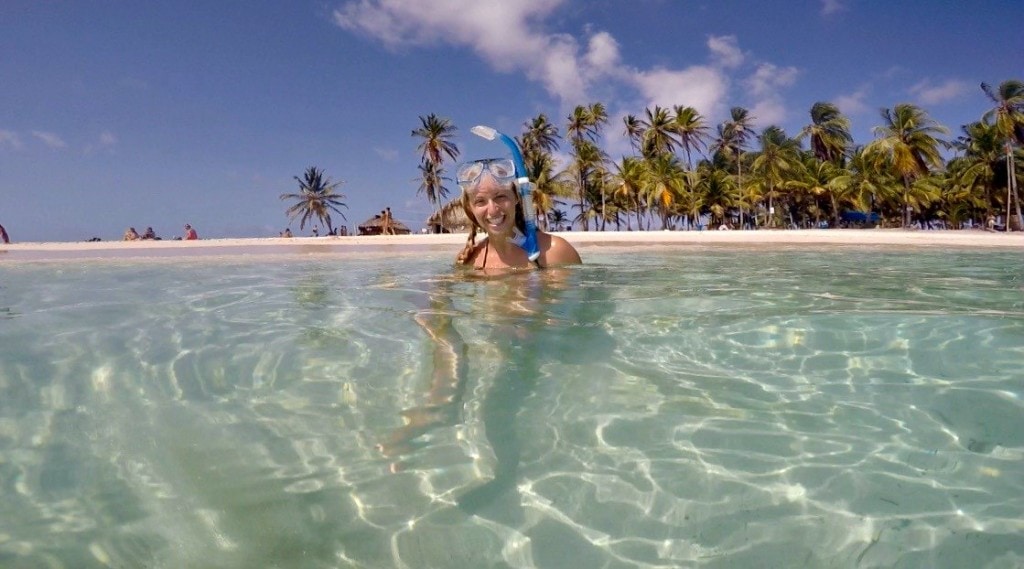 We Chose To Go On The Santana…

Our catamaran, the Santana, departed from El Porvenir (the gateway to San Blas) so we arranged a transfer there with LAM Tours Panama (after it fell through with itravelbyboat). It is important to note that El Porvenir is inaccessible via public transportation. 5FT Tip: Factor in an extra $67 on top of the cost of the Catamaran trip – $30 for the 4×4 to Carti, $20 in Kuna Tax, $2 for the port fee, and $15 for the speedboat to the Santana.

We were picked up by LAM at 5:30am, driven to their office to pay for the transfer, and stopped at a grocery store for breakfast and snacks. The roads en route to Carti are absolutely crazy, rugged, and windy; a 4×4 is absolutely necessary. I must say, I am quite happy that I don’t get car sick. 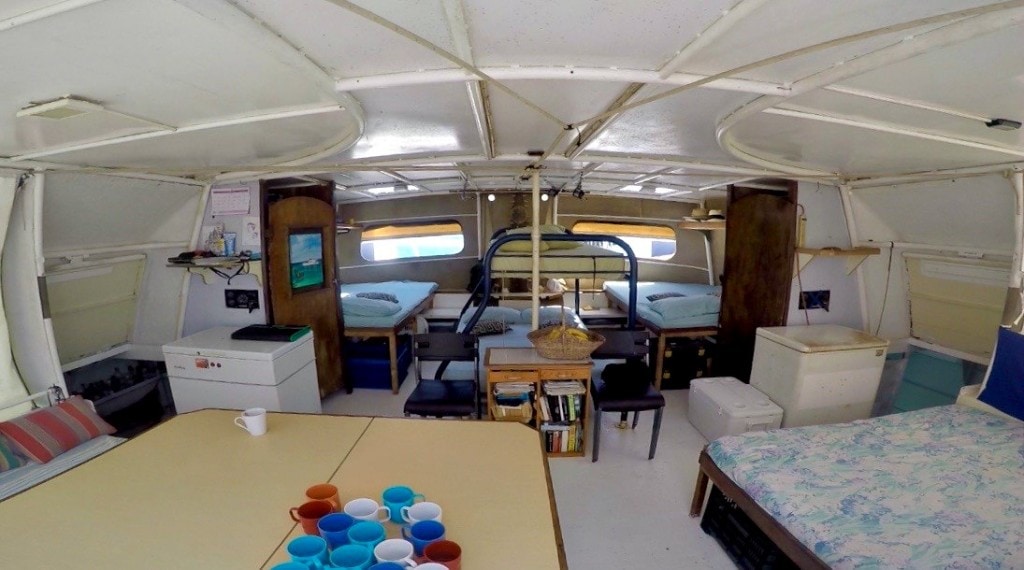 Once on board the Santana, Captain Gilbert greeted us and assigned us our beds; it really does feel like a floating hostel. There were four double beds and a single bed in the common area where we ate, then there was a triple berth and a quad berth accessed from the deck. 5FT Tip: If your pillow is facing backwards, readjust the pillows so that you’re facing forward as the boat moves – it will save you from sea sickness! 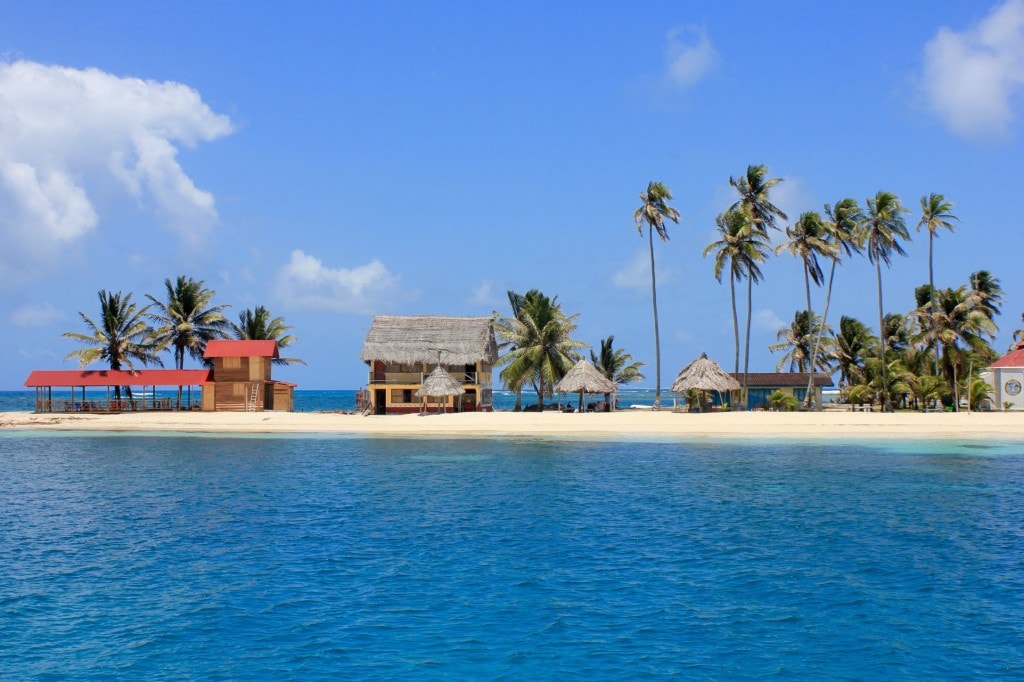 What Is It Like To Sail Through The San Blas Islands?

Day 1: After spending some time at the stunning El Porvenir and acclimating to our new home for five days, we cruised to Isla Perro, which took my breath away. Isla Perro was just picture-perfect, with phenomenal snorkeling around a shipwreck; the fish swam right up to my Go-Pro, one even smiled at me! I quickly understood why people fall in love with the San Blas Islands. We docked at Isla Chichime for dinner, but didn’t hop off the boat. After a beautiful sunset, we hit the hay early, exhausted from a long day of travel. 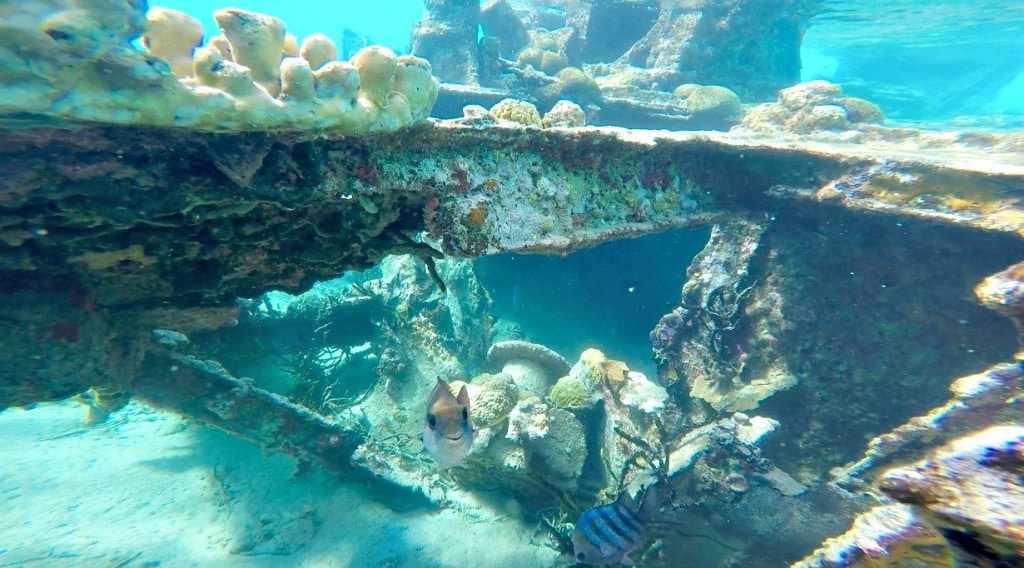 Day 2: Post-breakfast in Chichime, we sailed to Isla Waisaladup in the Hollandaise Keys. This looked like the San Blas that I’d seen in photos. 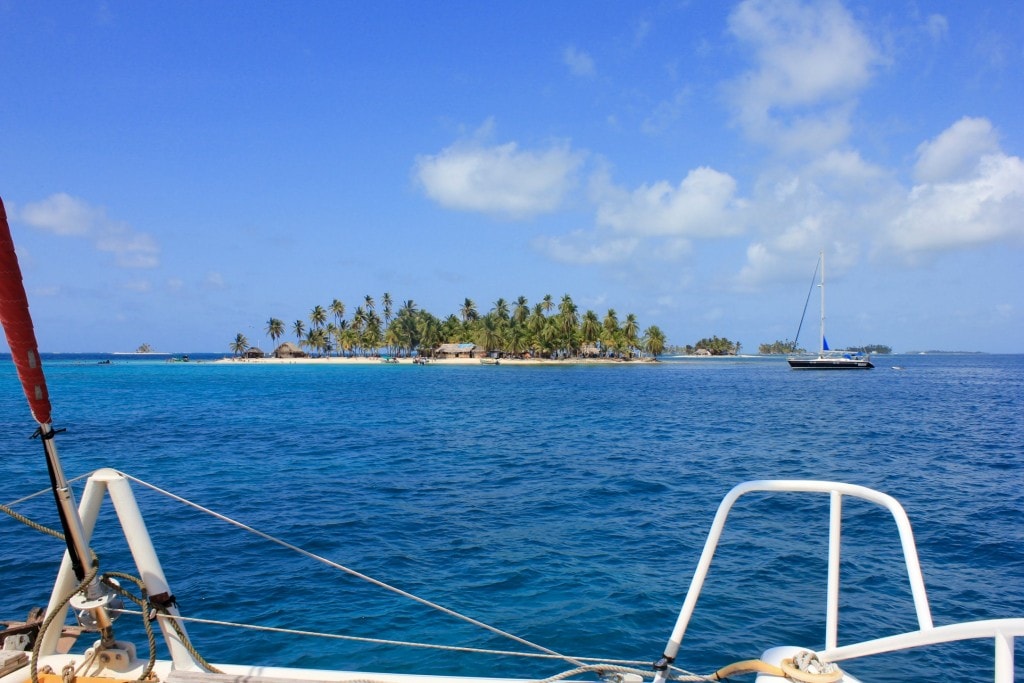 We spent quite a bit of time lounging on deck in the sun and snorkeling through the reefs. The distance to swim from the boat to the reef was a bit challenging, but entirely worth it. Later in the afternoon, we swam to the island as a group with our captain and had “Coco Locos” with the Kuna for $1. So fantastically refreshing – after drinking the fresh coconut water, I devoured the coconut itself, with the help of Louise and his machete. Right as we were about to swim back, one of the girls came up to us, breathless, saying that she saw a shark – half of us were excited and took off to find it, while half of us panicked and swam immediately back to the ship. Guess which group I was in? Unfortunately, no shark was found. 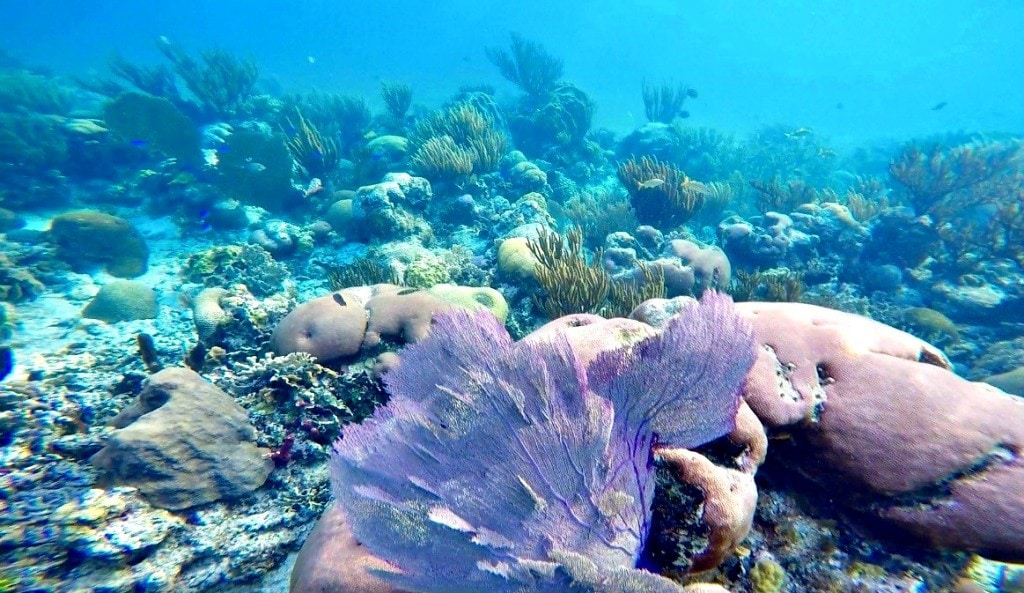 Day 3: We awoke to beautiful sun shining on Isla Waisaladup and relaxed there for a while. It was a shame that the currents were so strong that day, as it made snorkeling a bit too difficult. Feeling like you're constantly about to be pushed into coral isn’t too fun. After our short stint in the water, and chilling on deck, we sailed further into the Hollandaise Keys before coming upon the clearest water that I have ever seen. 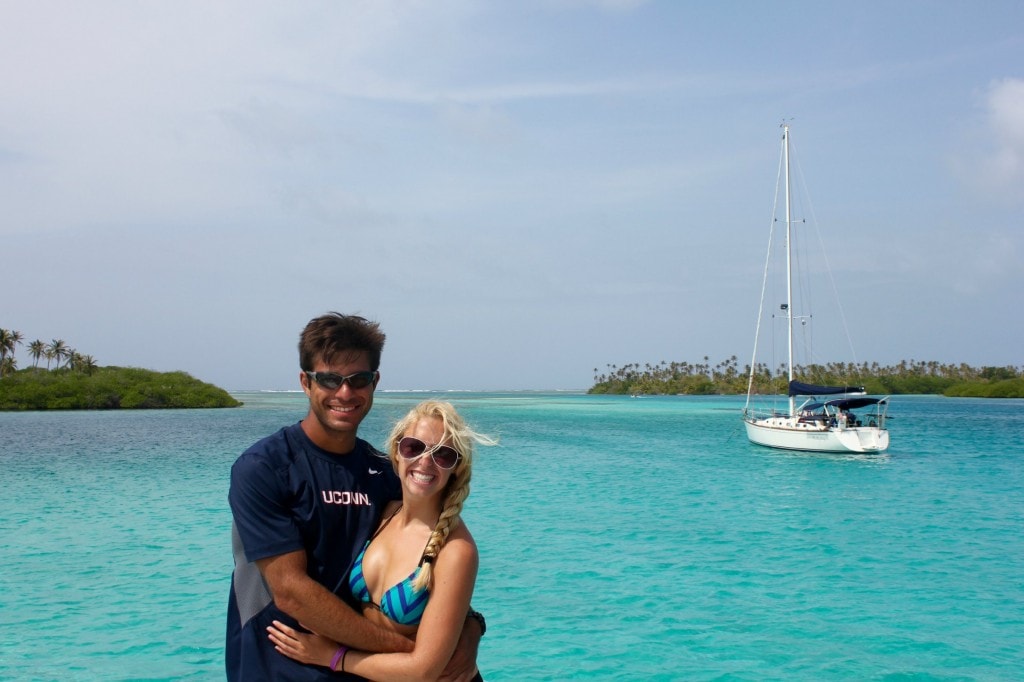 It was so clear that we all just had to jump in. We anchored, we jumped, we were in awe. I couldn’t believe that our time in San Blas was ending. What we didn’t expect when we jumped was a crazy strong current – I couldn’t tread water in one place if I tried! Within a few minutes of being in water so clear that you could see your toes, one of the guys in our group spotted a starfish. Psyched, I swam over – I’d never seen a starfish so big before! So cool. 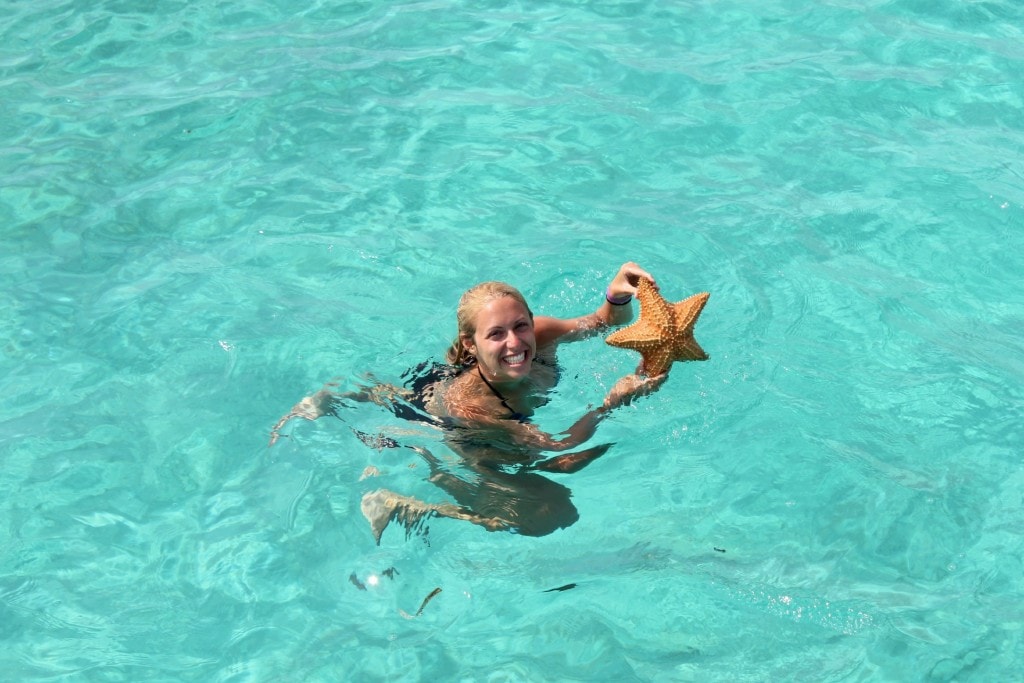 After drying off and chowing down, we began our two-day journey at sea en route to Colombia. 5FT Tip: Bring dramamine, both drowsy and nondrowsy, and lots of it!

Day 4 & 5: I wasn’t too concerned about the rolling motions of the boat since I’d previously managed the Drake Passage, but I still didn’t want to take any chances and took a dramamine. Well, the dramamine knocked me out for 17 hours of our first sea day. I woke up, ate breakfast, slept, ate lunch, slept, ate dinner, slept. Whoops. I really did impress myself. Luckily, I wasn’t missing much on board, as people either felt queasy from their first night of the crossing, or were just chilling (of which I’d done plenty). Over the course of the two day crossing, five of the people on board got sick, but luckily neither Philip nor myself felt like we were going to puke. The hardest part of the crossing, for me, was making your way down the steps to the stuffy bathroom – otherwise, it’s completely manageable.

Captain Gisbert was very professional and made us feel comfortable during the crossing. Someone was always manning the ship at every hour through the night as well, as they took four hour shifts. I must say though, I was quite happy that we chose a catamaran for the crossing; there’s no way I would have enjoyed being on a monohull for the crossing, that’s for sure! If you’re considering a trip to San Blas, definitely check out the Santana – you won’t be disappointed! 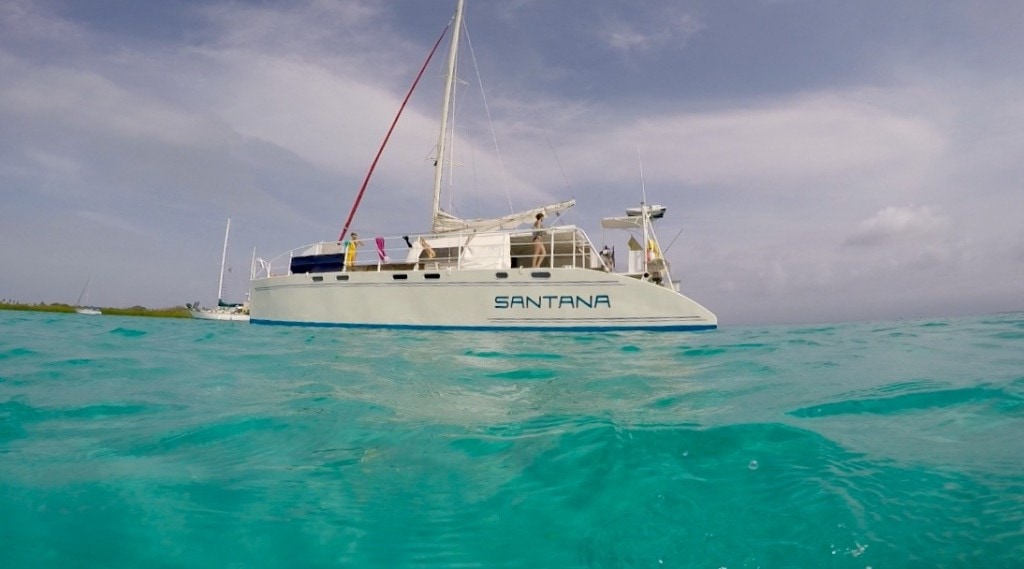 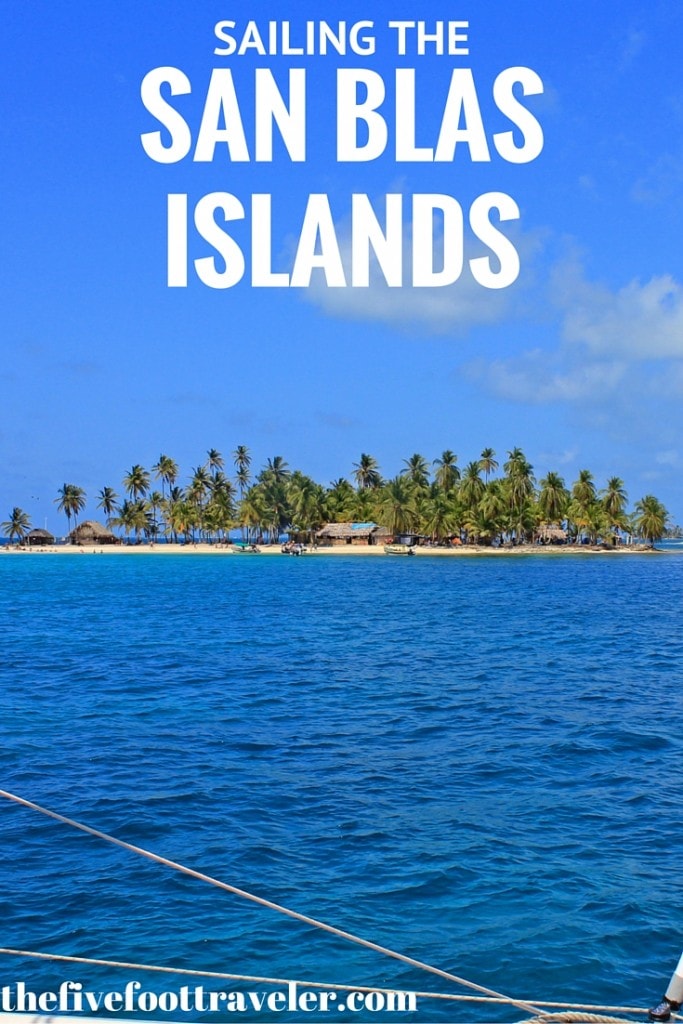 **A very special thank you to Captain Gisbert for offering us a discounted experience. As always, all opinions are my own.