Learning about the Rwandan Genocide in Kigali

When they said ‘Never Again’ after the Holocaust, was it meant for some people and not for others?” – Apollon Kabahizi

Genocide is usually the act of a government and its collaborators to destroy a part of the population under its control.

Genocide is never spontaneous. It’s an intentional act of multiple murders, aimed at destroying the presence of the victim group.

Its perpetrators do not respect age, gender, occupation, religion, or status.

We journeyed from Tanzania to Rwanda with the sole intent of educating ourselves on the Rwandan Genocide. Rwanda, the “land of a thousand hills,” was a former Belgian Colony (1923-1962) that has gone on to thrive.

After breakfast, we were picked up from our hotel by Amahoro Tours and given a quick tour of the city. For those that have seen the movie, we visited “Hotel Rwanda,” which is actually named Hotel des Mille Collines, where are our car was thoroughly searched before entering the premises. There, we learned that the hotel owner was a Hutu and his wife was a Tutsi, so they had to hide their marriage. Could you even imagine? 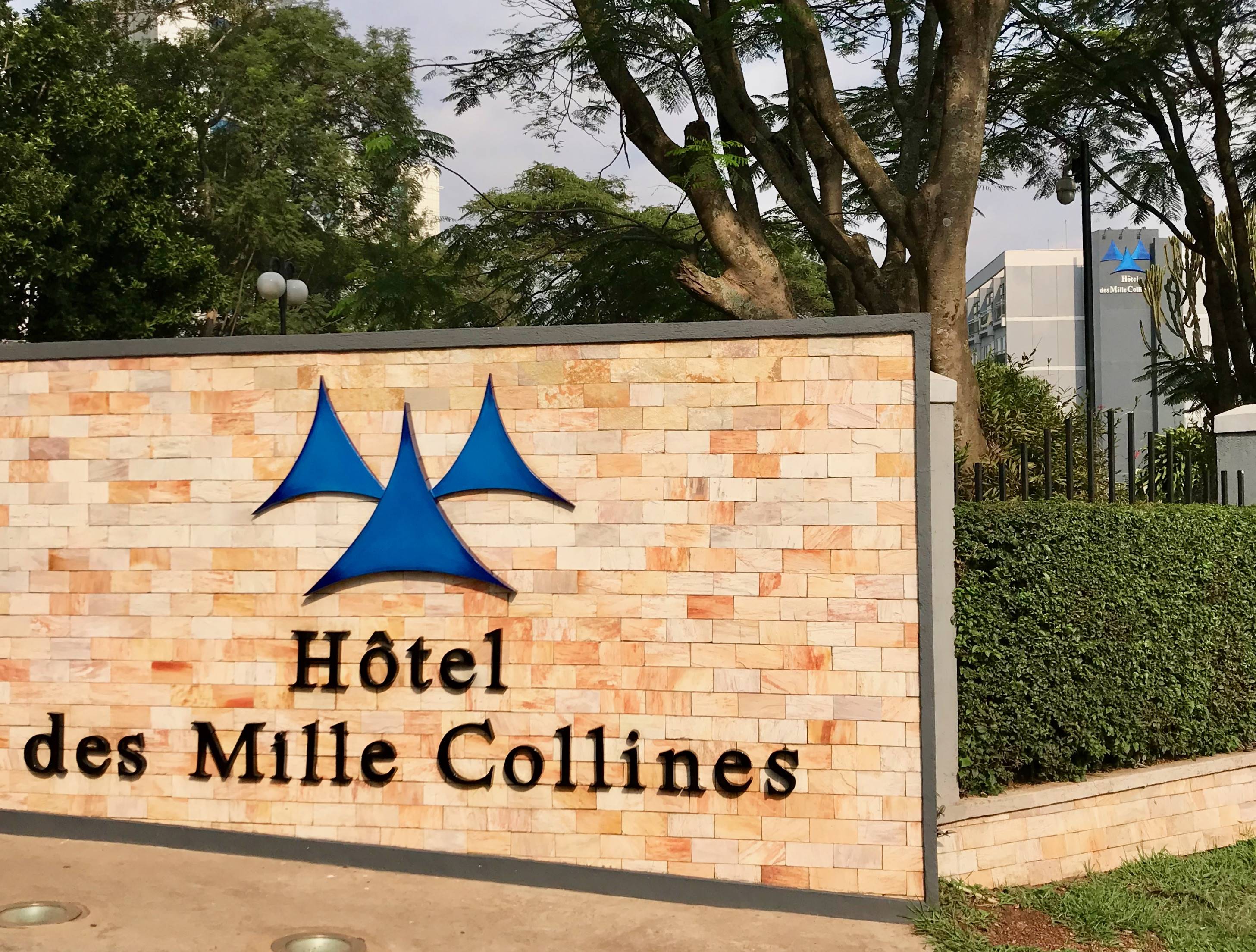 Following that, we drove to the Kigali Genocide Memorial, where we immersed ourselves in Rwanda’s dark past for quite some time.

This has been our home for centuries. We are one people. We speak one language. We have one history.

In recent times, though, genocide has cast a dark shadow over our lives and torn us apart. This chapter is a bitter part of our lives, but one we must remember for those we lost, and for the sake of the future.

This is about our past and our future;

Our nightmares and dreams;

Our fear and our hope;

Which is why we begin where we end…

with the country we love…” 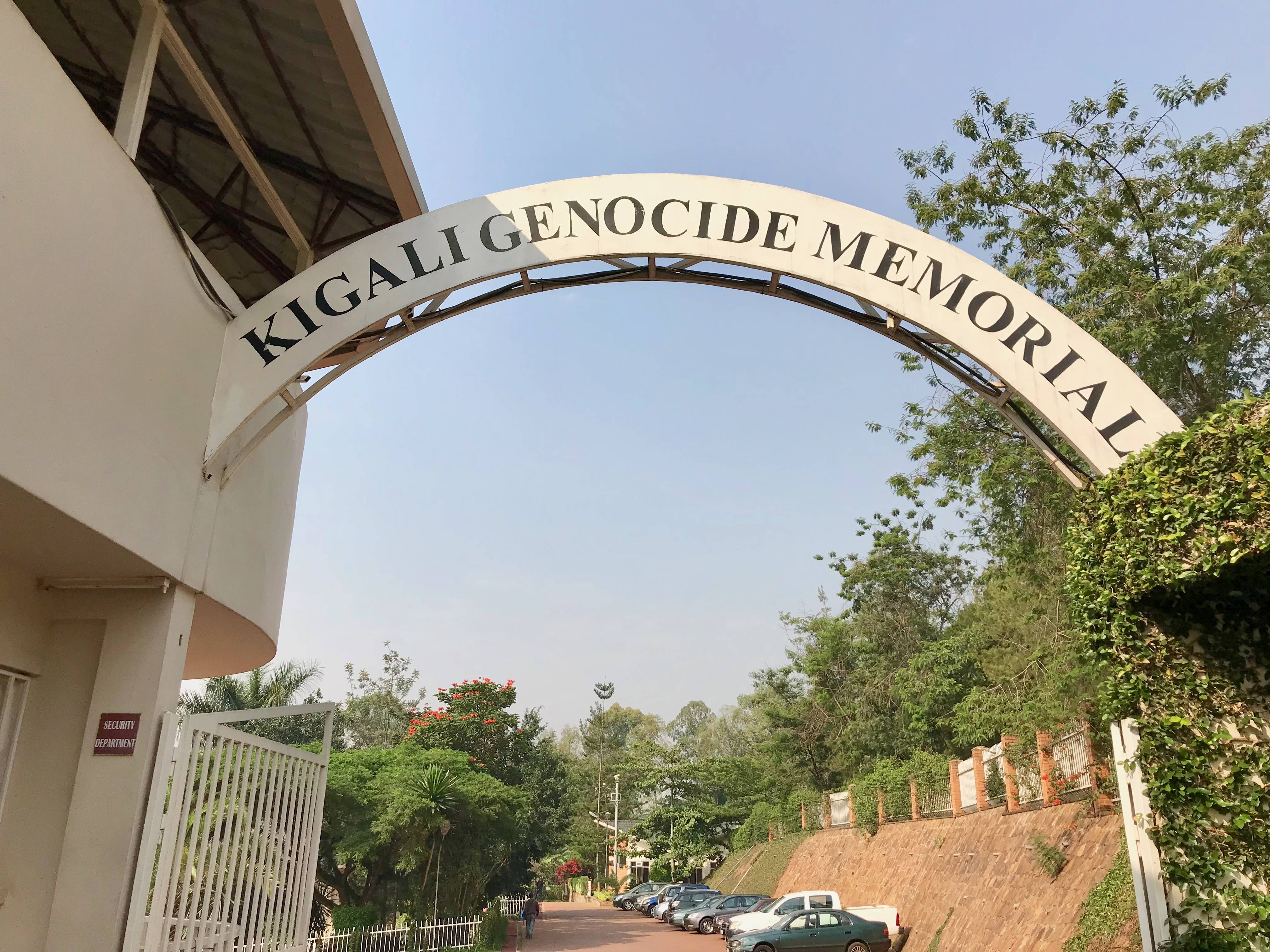 The primary identity of all Rwandans was associated with eighteen different clans. The categories Hutu, Tutsi, and Twa were socio-economic classifications within the clans which could change with personal circumstances. Under colonial rule though, the distinctions were made racial, particularly with the introduction of the identity card in 1932.

The Belgians presented the Tutsi as an “alien” race and used physical features as a way to differentiate from the “indigenous” Hutu. When adding race to the identity cards in 1930s, they counted 15% as Tutsi, 84% as Hutu and 1% as Twa. Ethnic identity began to determine Rwandan lives. 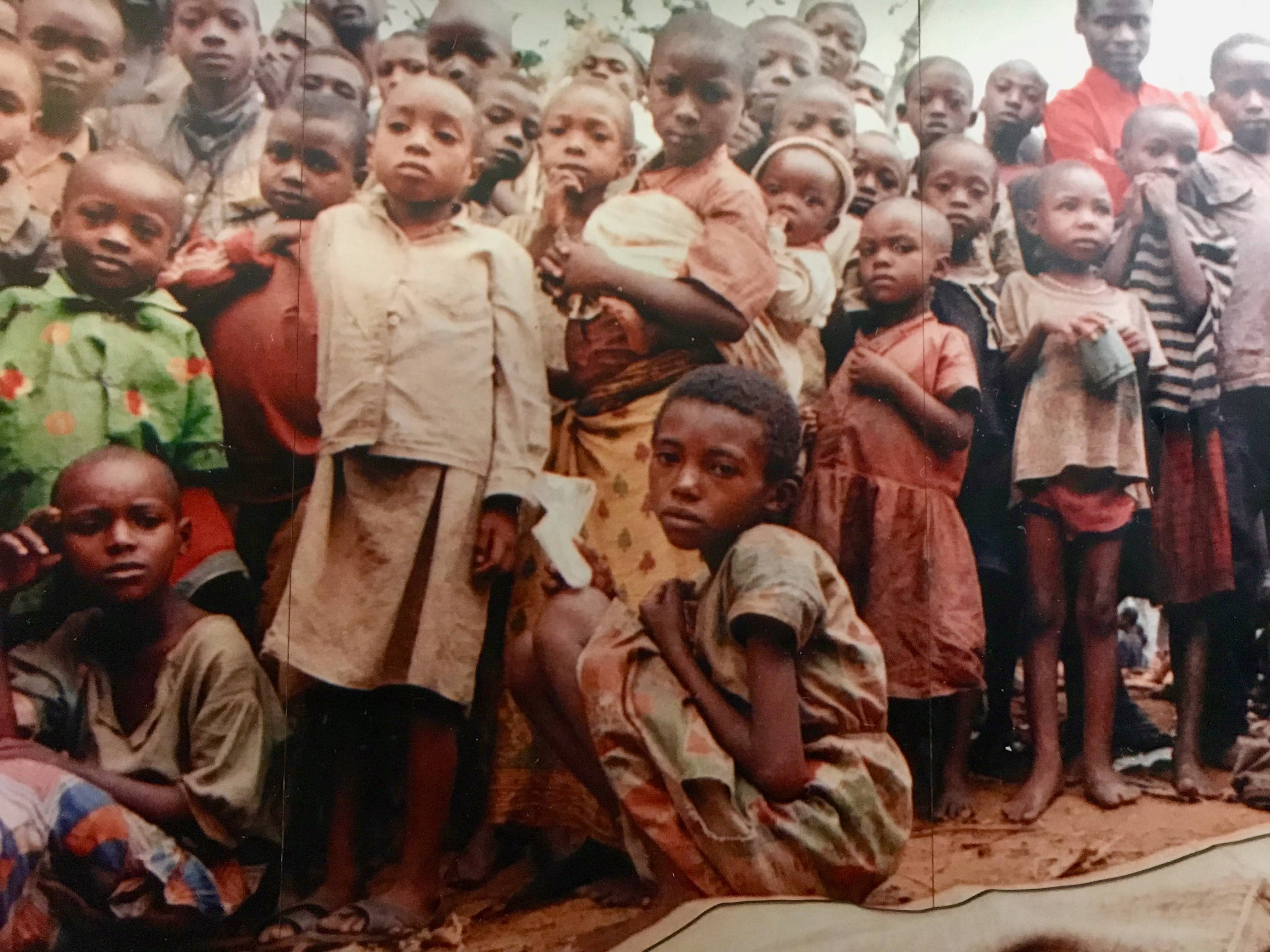 What many don’t know is that in 1959, after King Rudahigwa, the king of Rwanda, died, thousands of Tutsis were massacred or fled the country seeking refuge. This was right before Rwanda gained its independence… as a highly centralized, repressive state with a single-party system; the regime was characterized by persecution and ethnic cleansing of the Tutsis.

The Hutu and the Tutsi communities are two nations in a single state. Two nations between whom there is no intercourse and no sympathy, who are ignorant of each other’s habits, thoughts, and feelings as if they were the inhabitants of different zones or planets.”

Between 1959 and 1973, over 700,000 Tutsis were exiled from Rwanda due to ethnic cleansing encouraged by the Belgian colonialists, and many were banned from ever returning. 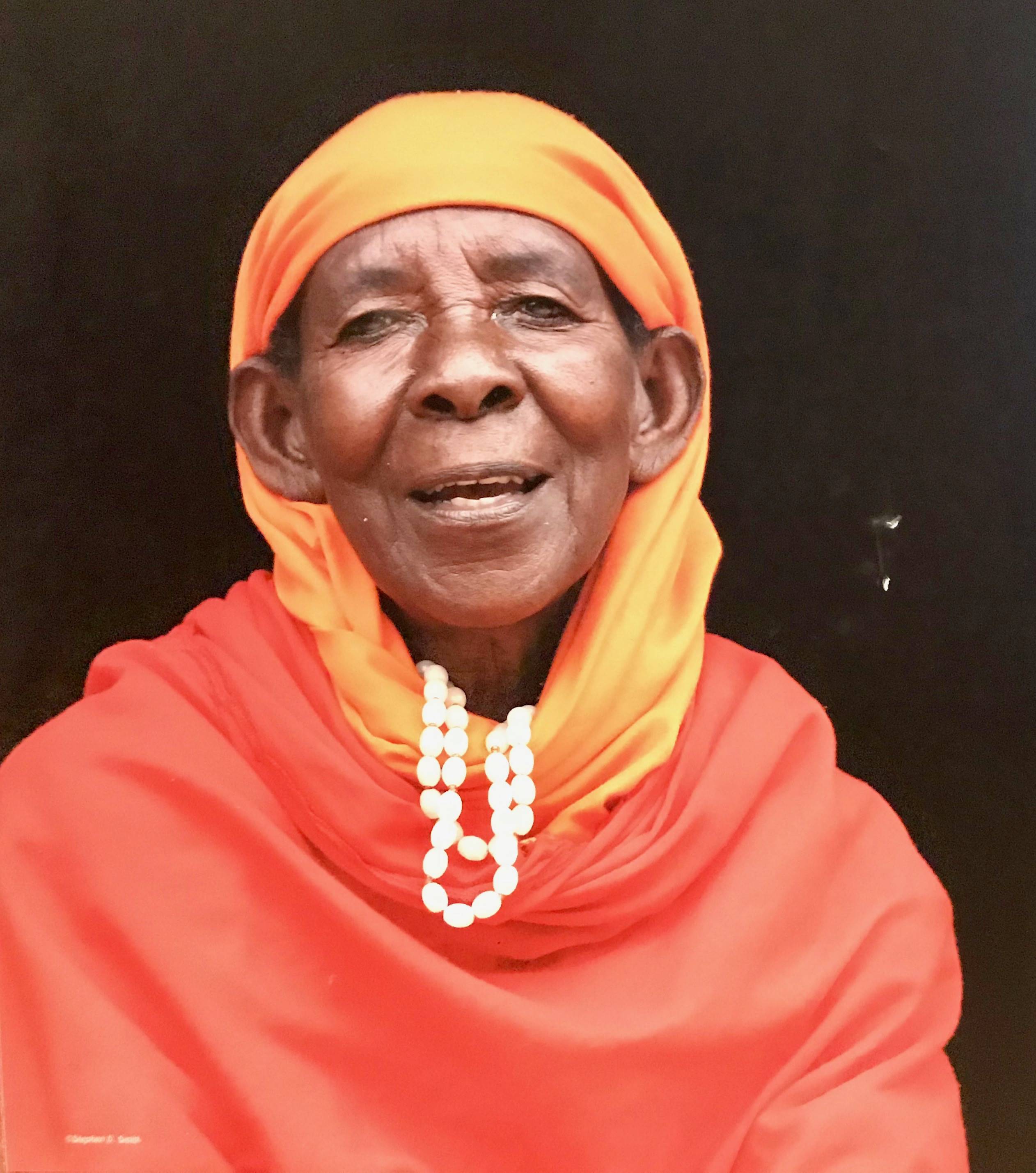 The RPF were intent on re-establishing equal rights and the rule of law, as well as the opportunity for refugees to return home.

Habyarimana, the second president of the Republic of Rwanda, used these tensions to exploit divisions in Rwanda, and launched propaganda campaigns to persuade and compel the population as to why they should see their compatriots, neighbors, and even their own families as enemies and distrust them. The government was justifying the killings, and the population was being conditioned to accept and join the plan to act before it was too late. 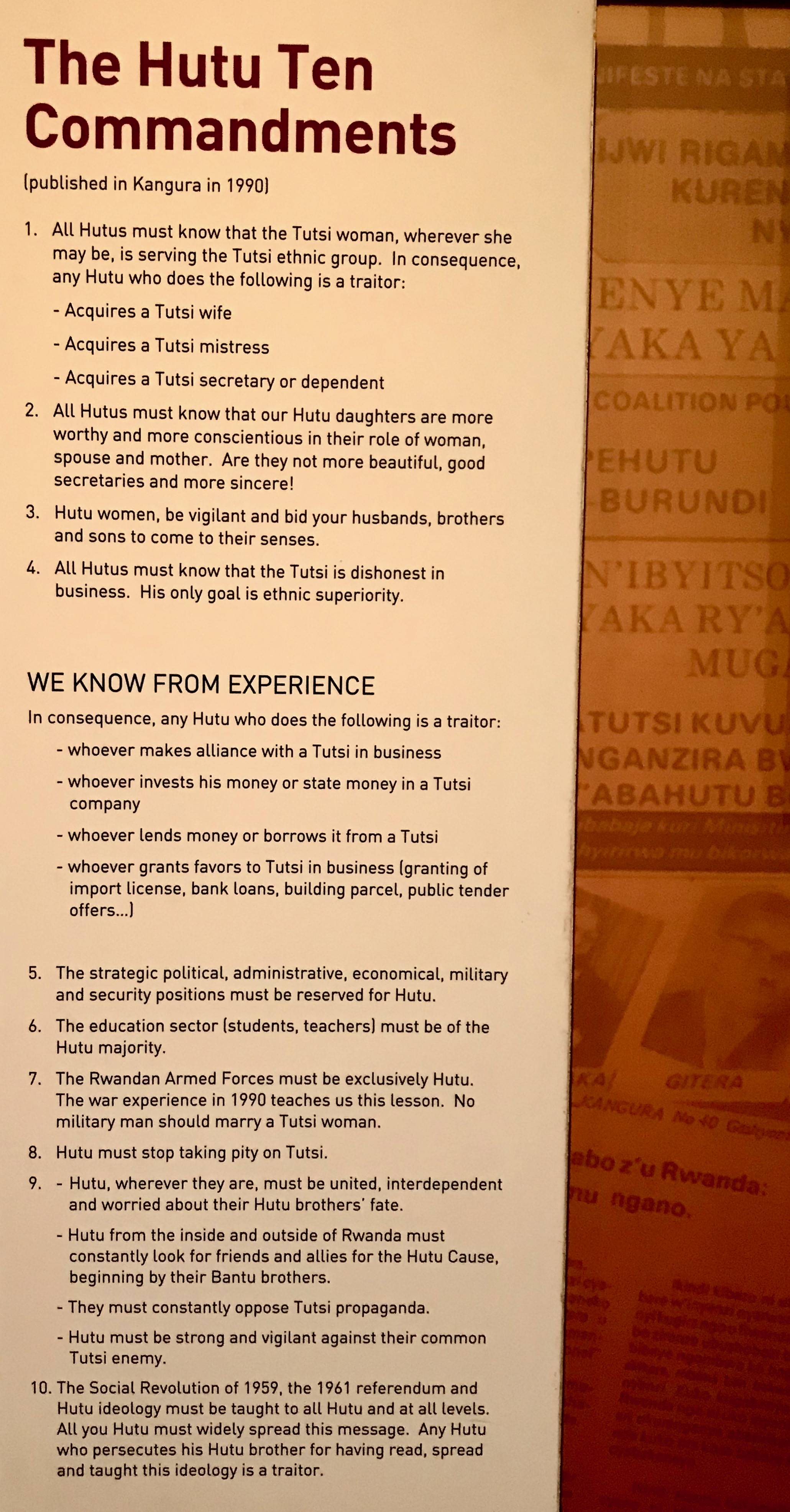 As a result, more and more Tutsis in Rwanda began to suffer greater waves of persecution from 1990 onward, as Tutsi men and women were jailed and tortured, and massacres were prevalent. And the outside world chose not to recognize it.

Except for one informant. On January 10, 1994, “Jean-Pierre,” a former member of the president’s security guard, warned the UN that Interahamwe – the militia backing the Hutu-led government – was registering all Tutsis in Kigali for an extermination plan, which would kill up to 1,000 people every 20 minutes. He was planning to go to the press…when he disappeared. No one knows what happened to the one man who saw what was going on.

On April 6, 1994, President Habyarimana of Rwanda and President Ntaryamira of Burundi were flying into Kigali when their plane was shot down…

Shooting began to be heard within an hour, and the death lists had been prepared in advance.

Militia had one intent: to identify and kill the Tutsis.

At the same time, the Interahamwe began house-to-house searches. The people on the death lists were the first to be visited and slaughtered in their own homes.

The perpetrators had promised an apocalypse and the operation which emerged was a devastating frenzy of violence, bloodshed, and merciless killing.

The murderers used machetes, clubs, guns, and any blunt tool they could find to inflict as much pain on their victims as possible.

It was a genocide from the first day.

No Tutsi was exempt.”

It was a coup d’etat organized by Colonel Bagosora (a Rwandan military officer later tried and convicted) and his colleagues. The first act of the new government was to coordinate killings of opposition politicians, judges, and other members of the intelligentsia, sometimes with their families.

Women were beaten, raped, humiliated, abused, and ultimately murdered, often in sight of their own families.

Children watched as their parents were tortured, beaten, and killed in front of their eyes, before their small bodies were sliced, smashed, abused, pulverized, and discarded.

The elderly, the pride of Rwandan society, were despised and mercilessly murdered in cold blood.

Neighbors turned on neighbors, friends on friends…even family on their own family members.

Rwanda had turned into a nation of brutal, sadistic, merciless killers and of innocent victims, overnight.” 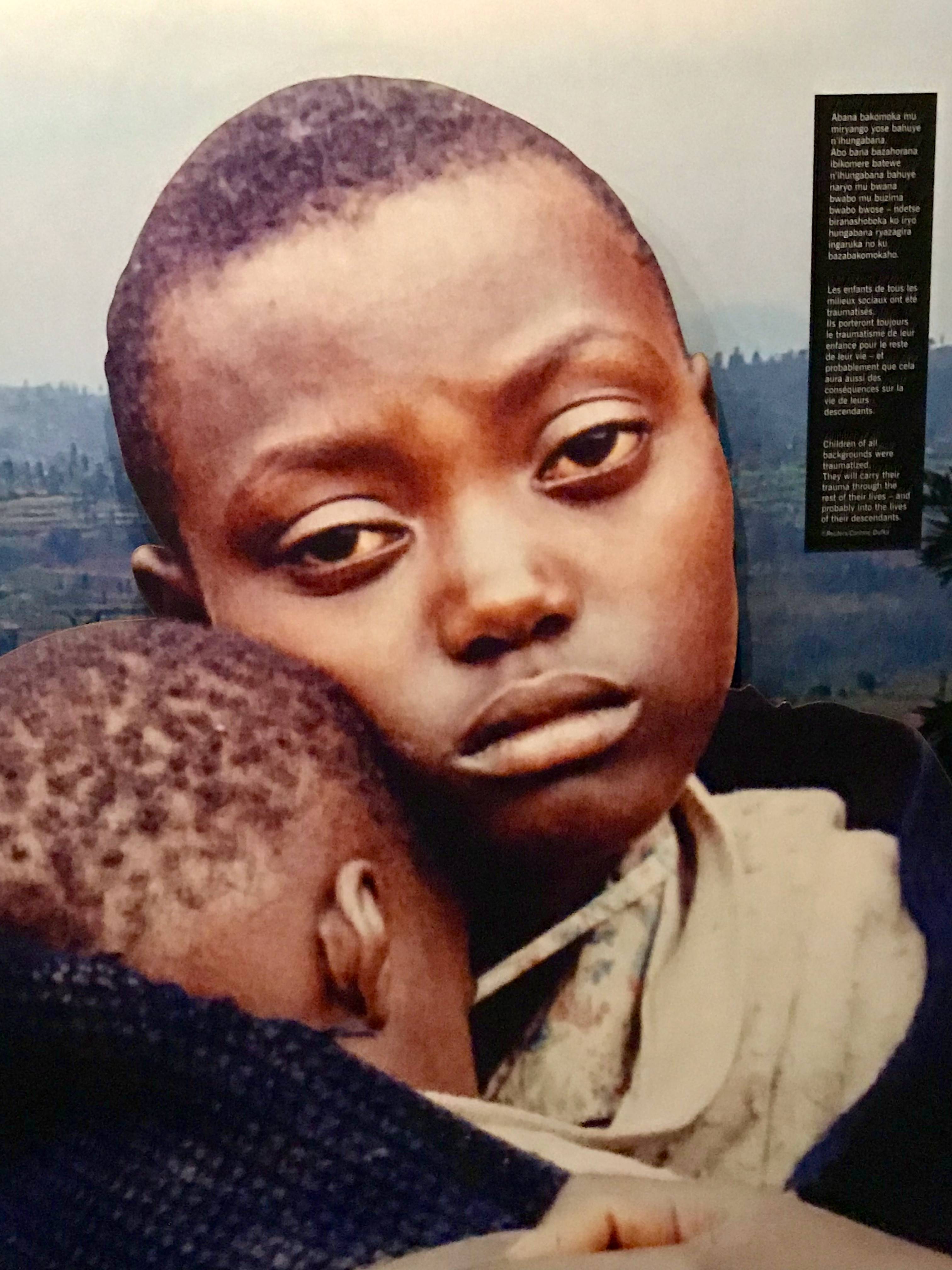 The killers were determined to ensure that no new generation of Tutsis would ever emerge again.

The genocidaires often mutilitated their victims before killing them.

Victims had their tendons cut so they could not run away; they were tied and beaten. They were made to wait helplessly to be clubbed, raped, or cut by a machete.

Family members were made to watch as their parents or children were tortured, beaten, or raped in front of their eyes.

On occasion, victims were thrown alive down deep latrines and rocks were thrown in one at a time until their screams subsided into silence.

On other occasions, large numbers of victims were thrown down pit latrines. Victims trampled each other to death. The piles were sometimes ten bodies deep.

Death was made a painful, agonizing, frightening, humiliating end.” 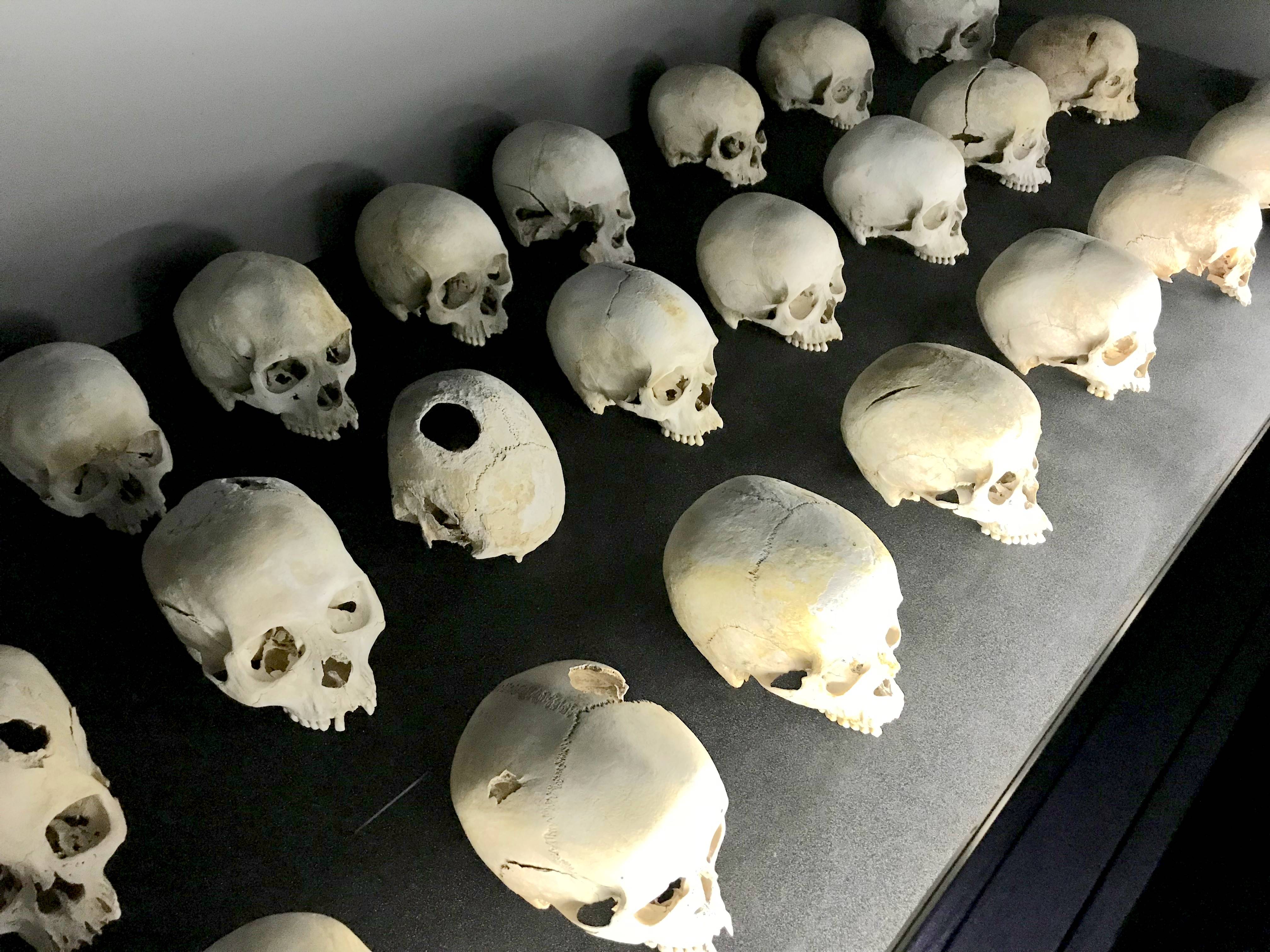 The genocide resulted in the deaths of over a million people. And those who survived have to endure the pain of their trauma forever.

There was rampant lawlessness, looting, and chaos. The infrastructure had been destroyed, the ability to govern dismantled. Homes had been demolished, belongings stolen.

There were over 300,000 orphans and over 85,000 children who were heads of their household, with younger siblings and/or relatives.

There were thousands of widows. Many had been the victims of rape and sexual abuse, or had seen their own children murdered.” 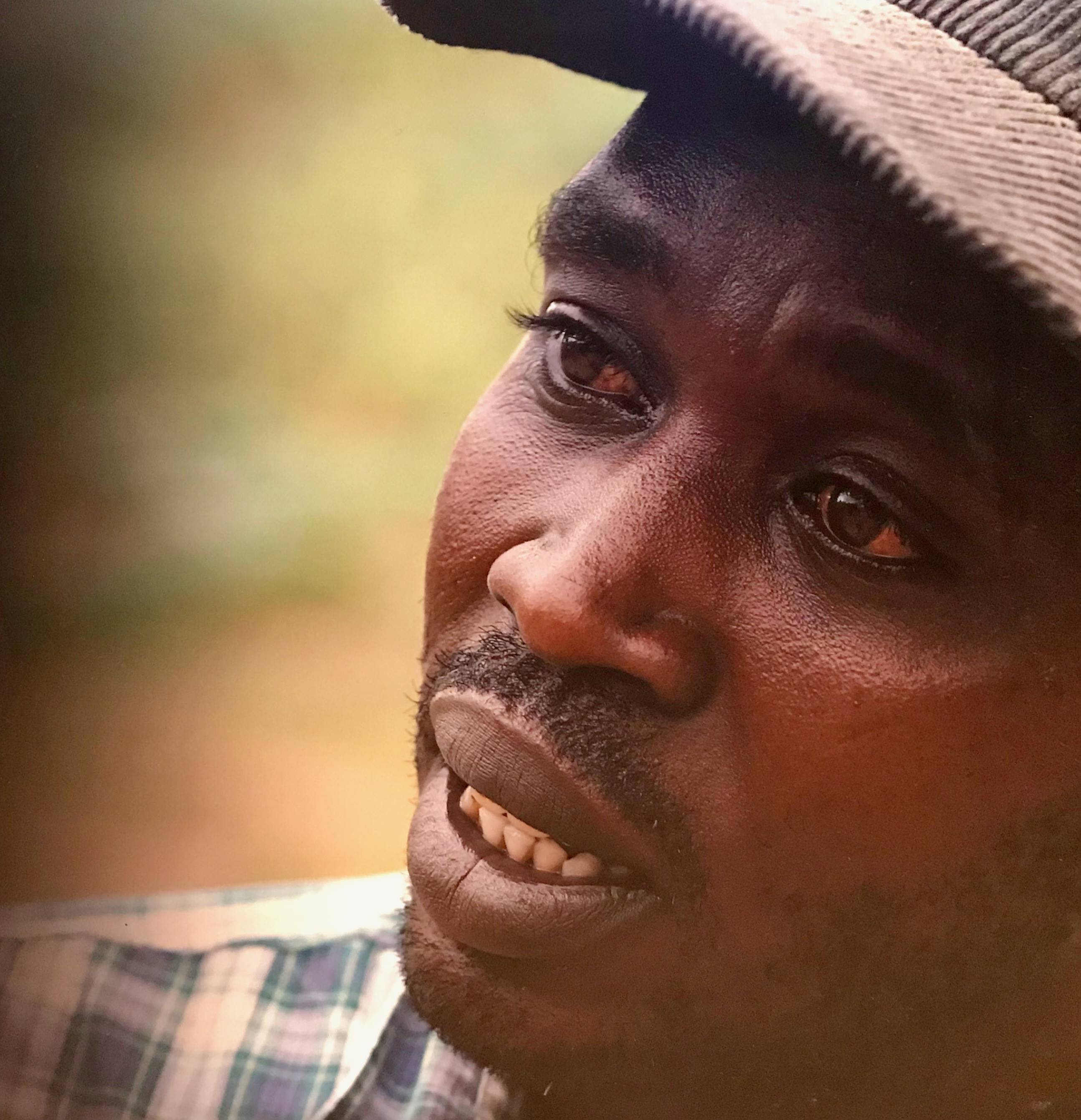 Fewer than 5,000 troops with authority to enforce peace could have stopped the genocide. Yet the world was silent as millions of people were slaughtered.

The international community failed Rwanda and that must leave us always with a sense of bitter regret.” – Koffi Anan

Ultimately it was the RPF that stopped the genocide, having saved tens of thousands of people, and defeating the civil and military authorities orchestrating the killings. It was estimated that over two-thirds of the population of Rwanda was displaced, fleeing out of guilt, fear, or confusion, or held hostage.

After stopping the genocide, the RPF formed a new government of national unity. It provided security and urged people to rebuild their lives together, without seeking revenge. 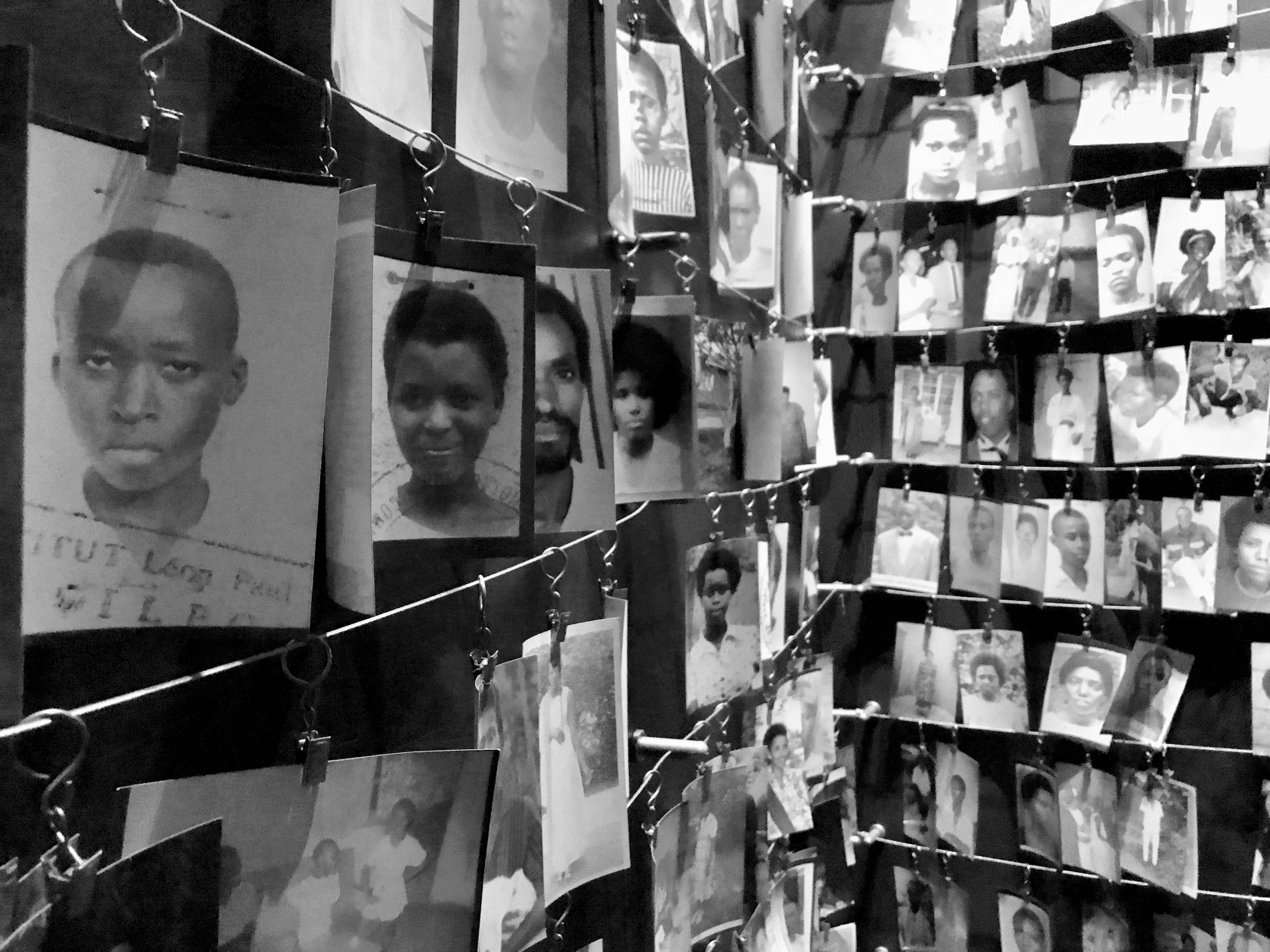 The Kigali Genocide Memorial continues to educate visitors not only on the Rwandan Genocide, but on genocides that have occurred around the world: the genocide of Namibia’s Herero people, the Holocaust, the Cambodian genocide, the Kosovo genocide, and the Bosnian genocide. Each one, more devastating than the last.

What happened to “Never Again”?

If you must remember,

The Nazis did not kill six million Jews…

nor did the Interahamwe kill

they killed on and then another,

Genocide is not a single act of murder,

it is millions of acts of muder.” – Stephen S. Smith 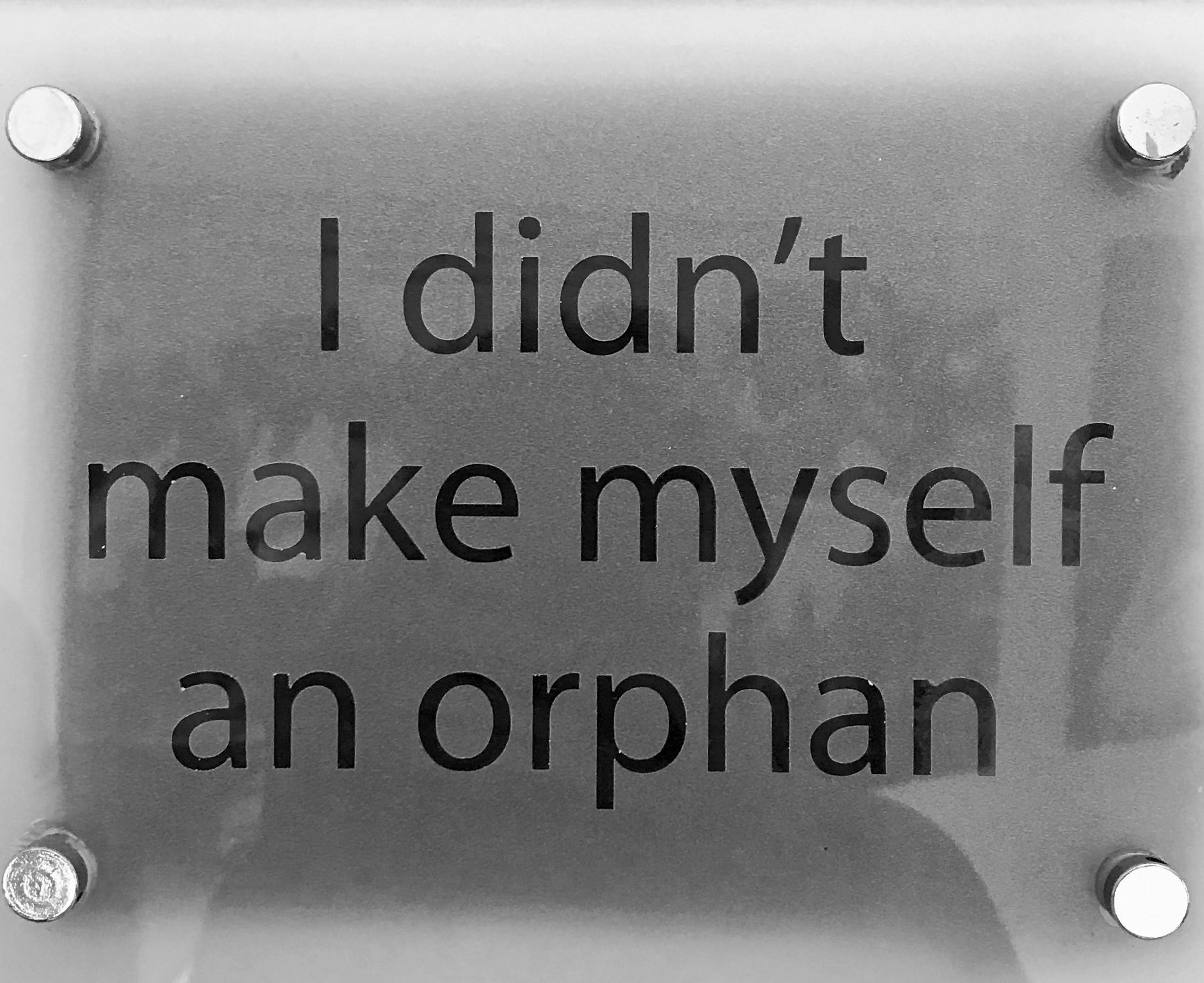 At the end of the exhibit, there’s an exhibit – “Children’s Room” – which tells the stories of a few of the thousands of children who lost their lives in the genocide. 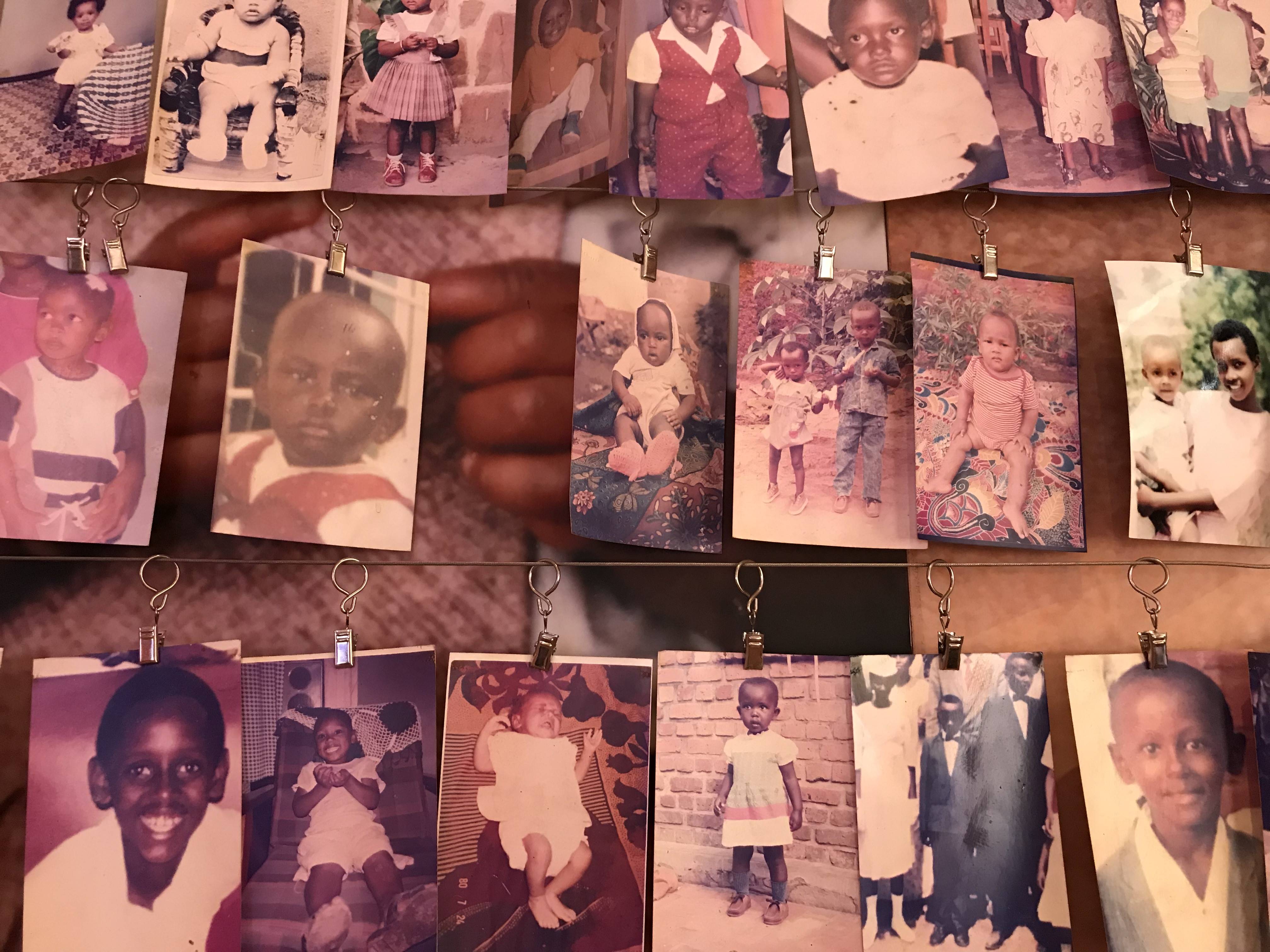 The children who survived are committed to living together, not as Hutu or Tutsi, but as Rwandans.

We will never forget these innocent lives that were taken. They died because they lacked a peaceful society in which to grow and flourish.

We, who were also children then and have our own children now, must ask ourselves, ‘What kind of Rwanda do we want for our children?’ Whatever we do, whatever the sadness we have, whatever the anger we have, we must promote peace.”

And peace they received.

Today, Kigali, the capital city, is ranked one of the safest countries in the world, and you will find people smiling, children laughing, and markets bustling all around. It’s amazing to see that a country has progressed so much when something so awful happened in recent years. 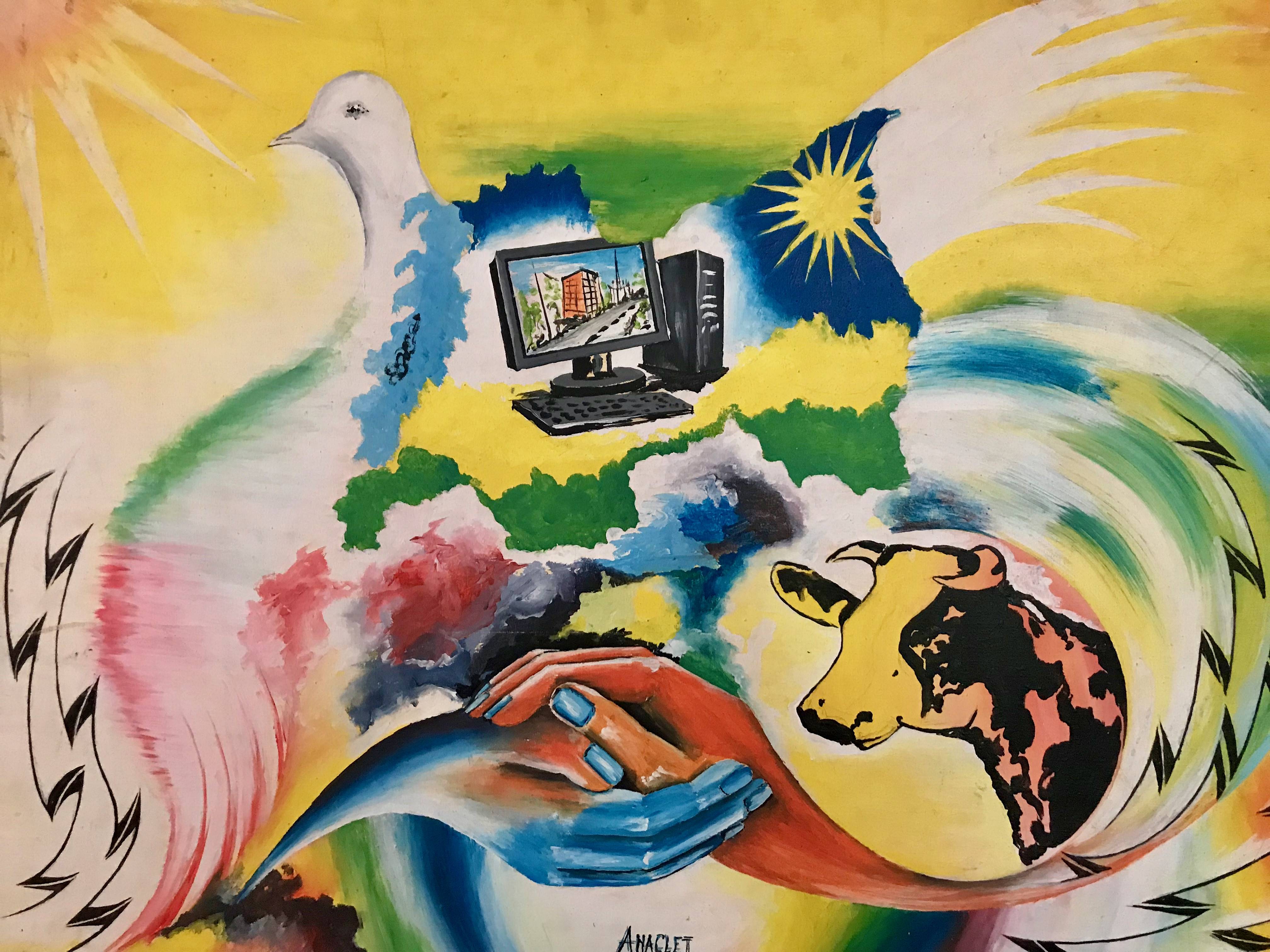 Upon exiting the exhibit, we were taken to the Burial Place where 250,000 people were interred. 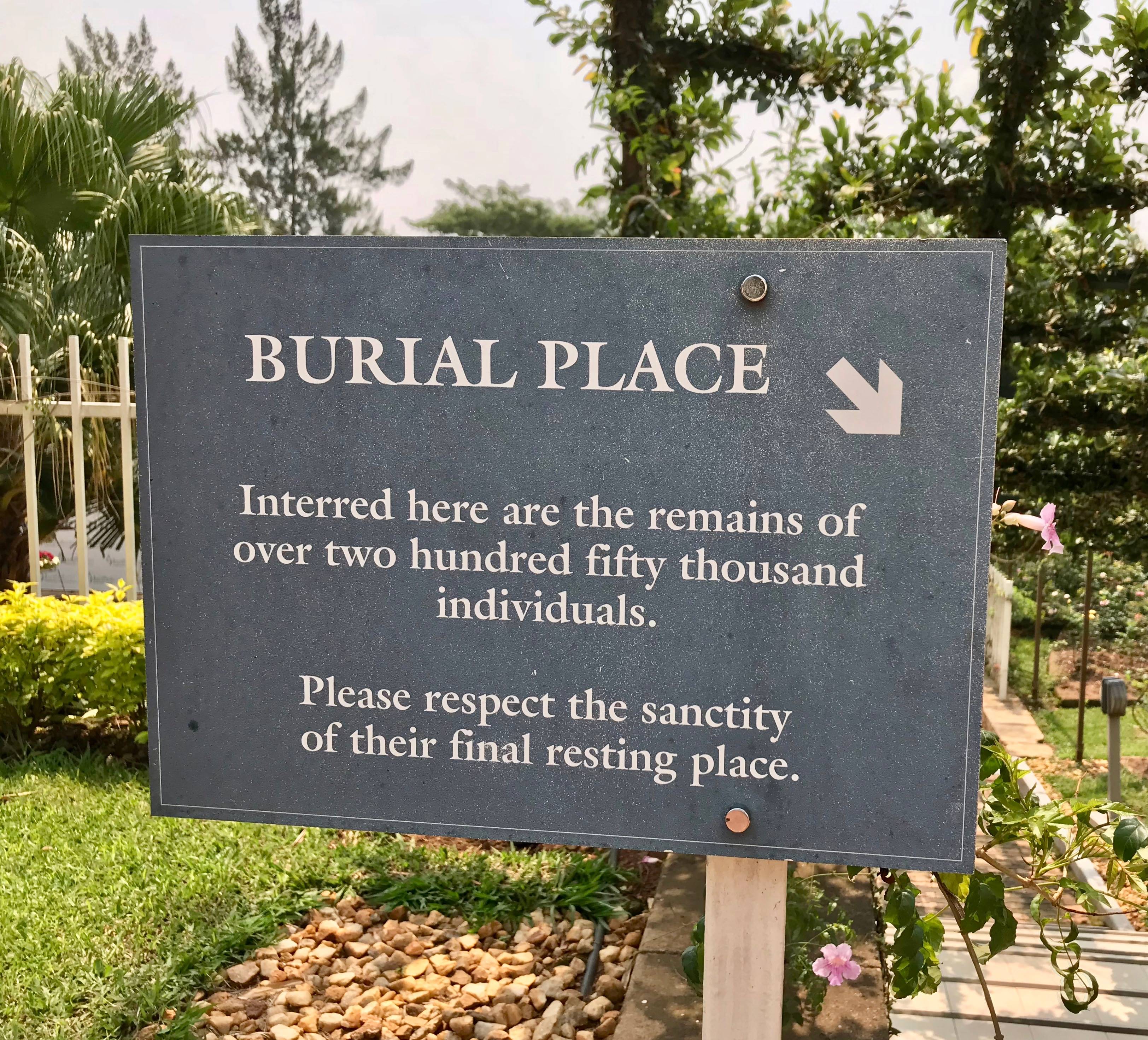 As bodies continue to be found, they can be put to rest and respected with the others who lost their lives during this atrocity. 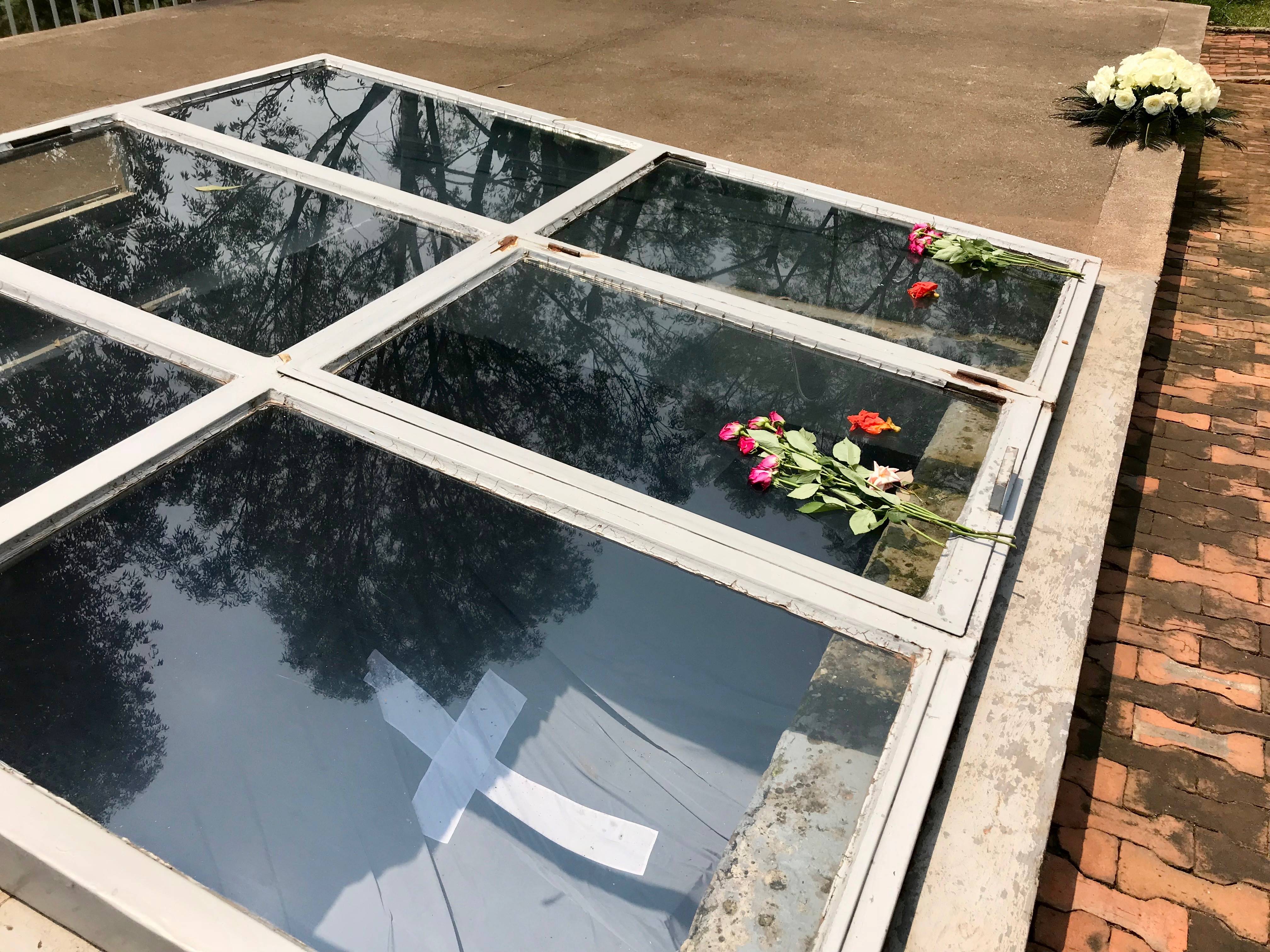 Genocide remains a threat in the world today.

We can all make a difference.