Alone in Cape Town, I set out to learn more about Nelson Mandela and headed to Robben Island. Despite the island looking close, it is a 50-minute ferry ride (11.5km from the V&A Waterfront); you take the same ferry there that used to transport the prisoners. Upon stepping foot on Robben Island and boarding the busses, it is instantly clear that the guides are very thankful for our visit and curiosity. There are three prisons on the island; Mandela was kept in maximum security, their biggest prison, for eighteen years. There were originally more than 1,600 graves (largely due to people dying from leprosy), but today there are only about 200 because the prisons were built on graveyards.

During our tour of the island, we passed the lime quarry where Mandela worked excavating limestone all day every day; he suffered respiratory problems later in life and was unable to cry, both of which are attributed to dust damage from working in the quarry. In February 1995, Mandela gave a speech in the back of the quarry and placed down a stone. Today, there are heaps of stones at the entrance to the quarry, as rocks were added to the pile by various people out of respect after his death. 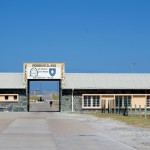 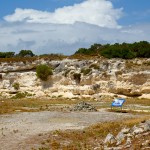 When touring the maximum security prison, you are given a guide that was an actual prisoner. Our guide joined the liberal movement in Swaziland in 1978 and joined the movement in Botswana in 1983. He worked underground until he was arrested in 1986 and sentenced to 17 years, but he only served five years because everyone was released in 1991. 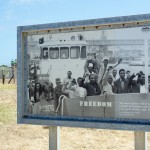 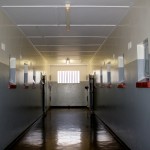 Some facts about the prison:

Robben Island opened to the public in 1997 to celebrate to human spirit that it represents. It teaches that peace, friendship, and reconciliation cannot be a one-sided battle. After Mandela’s release, he visited Robben Island three on three separate occasions. 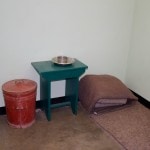 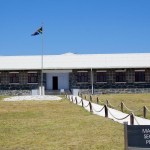