The one trip I didn’t want to do alone was Bolivia, specifically Salar de Uyuni, yet I somehow found myself doing exactly that. I had to take a plane to Santiago, another plane to Calama, and a bus to San Pedro de Atacama, Chile where I was to begin my journey to Uyuni. Naturally, my flight was delayed from Buenos Aires to Santiago, which caused me to miss my connecting flight to Calama, Chile. Luckily, a super sweet lady in front of me in line helped me get another flight to Calama, in addition to giving my family a very special gift.

Once in San Pedro de Atacama, the highest and driest desert in the world, I wandered all the cutesy shops in town, exchanged some USD for Bolivianos, and confirmed my reservation with Cordillera Travel.

I read 20 pages worth of horror stories on Trip Advisor about the travel companies associated with Salar de Uyuni, so I was hoping and praying that not only would our driver be safe, but that I’d be put in a car with other younger adventure-seekers like myself. Well, prayers answered – I was put in a car with one other American girl and two Australian guys and we had such a blast throughout the entire trip.

The people in your car really do make such a difference, and within a few hours of being cramped up in the car they’ll feel like your best friends. My new-found friends made the hours spent in a car fly by, and made the freezing hostels completely bearable.

The sights we saw along the way blew my mind. From Laguna Verde to the Daly Desert to Sol de Mañana geysers to Chiguana Salt Flats, my breath was taken away. We saw mirror-effects like no other, colorful mountains, rock formations just asking to be climbed, vibrant pink flamingos, and, of course, the world’s largest salt flats. I was so relieved to see that my group was almost as picture obsessive as I, so when it came time to take the infamous perspective photos on the salt flats they were down for trying everything. It was obvious that our Bolivian driver was annoyed with how much time we spent taking photos, but we didn’t care. 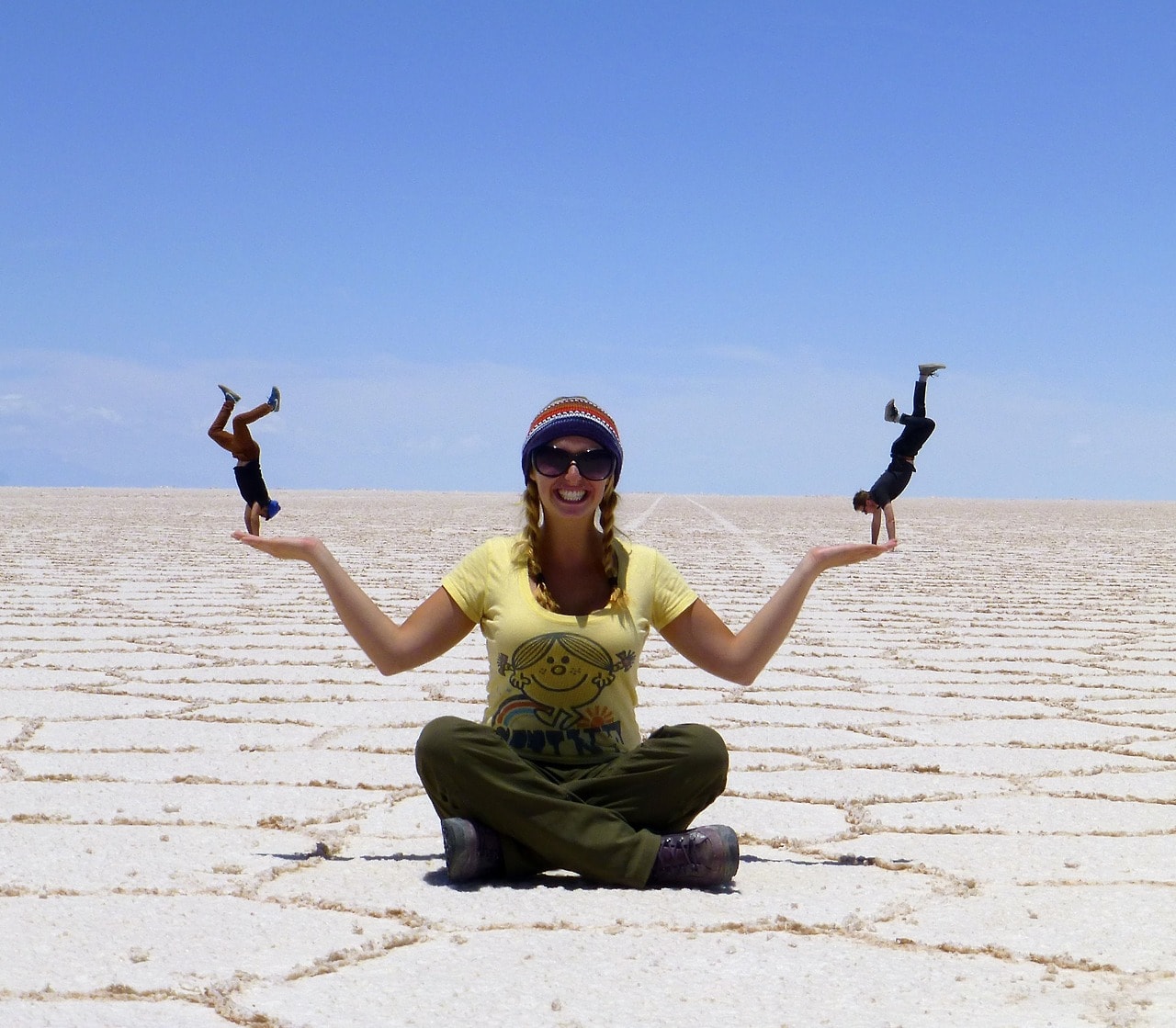 I had heard over and over that you will freeze your tuckus off on your way to Uyuni, but we didn’t have a problem. Even though the hostels didn’t have any heat, all of the beds had layers of alpaca blankets, which were as warm as ever (I didn’t even need to break out my sleeping bag). Outside of the blankets was definitely chilly though, so bundle up! Oh, and there’s no hot water so be prepared for frozen fingers.

All in all, the trip throughout Salar de Uyuni was absolutely magnificent and something I hope to experience again in my lifetime. Go go go.