And finally, the day had come: New Year’s Eve, Rio de Janeiro, 2013-2014. Rio is known for being one of the best places in the world to ring in the New Year, and I was about to witness it firsthand. Last year I was numb with cold counting down to midnight in Times Square, so the idea of sweating on a beach as midnight approached was rather appealing.

While the others slept in, I headed to the beach for some downtime before what was bound to be a crazy night. After four hours in the sun, I went back to the hostel to shower and get into my all-white outfit for the night’s festivities. On New Year’s in Rio, no one should wear a color more predominant than white, however, it is typical to accent colors through bathing suits and underwear. The colors all represent different kinds of luck – white represents peace, green means good health, yellow for money, red being passion and romance, and purple denoting inspiration. 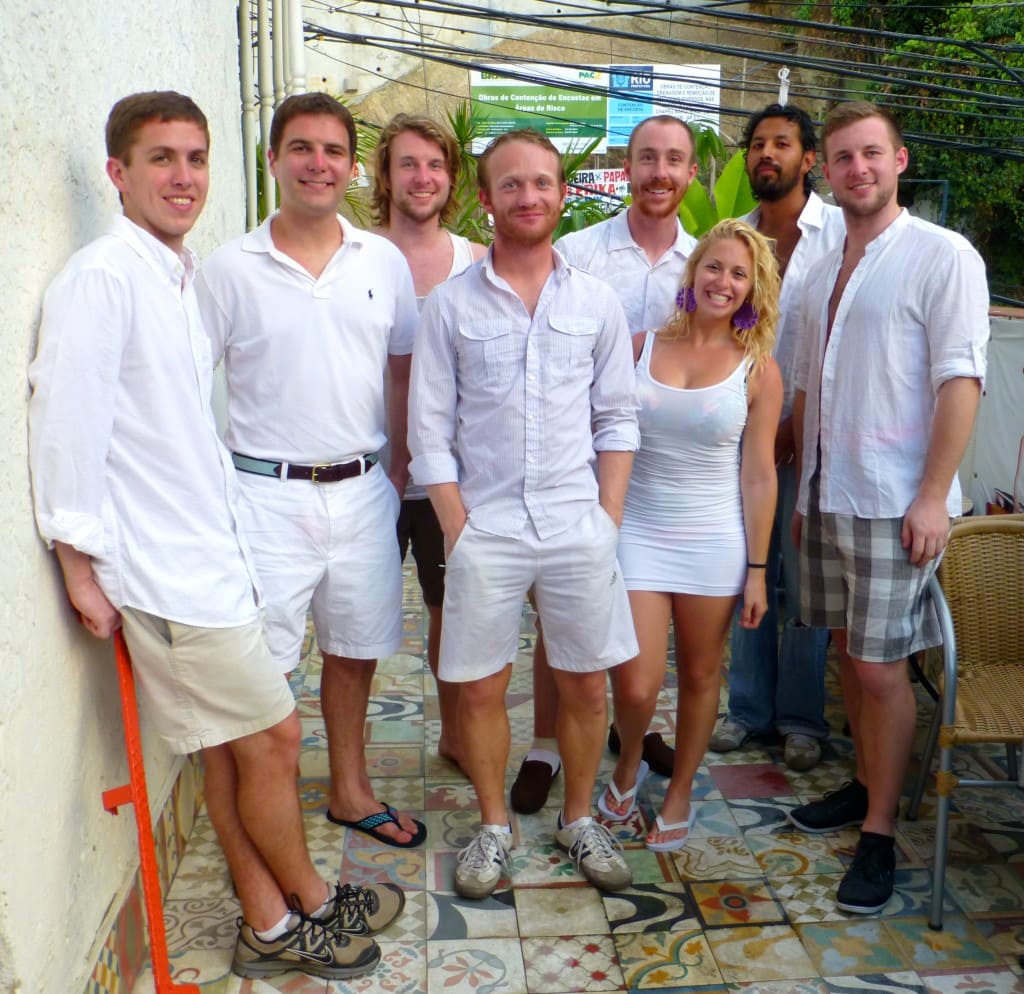 A group of newfound friends (from Ireland, Poland, Germany, France, Mexico, and the US) all gathered in the hostel as we took some photos and headed to the beach to get a spot for the night! Our plan was to stay out until sunrise so we had to be well prepared – ice, beverages, limes, sugar, snacks and, for some reason, an Irish flag. We set up camp and awaited the mass amounts of people that were bound to flood Copacabana Beach. We were ready. 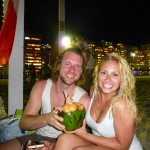 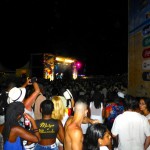 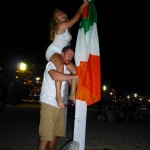 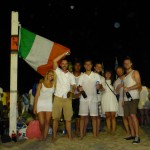 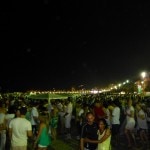 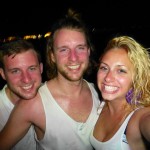