To make the transition from Nicaragua into Costa Rica, we decided to spend two nights in Liberia (about 1 1/2 hours from the Peñas Blancas border). I’d heard about the UNESCO Site, Parque Nacional Rincón de la Vieja, and decided to give it a go; the only bummer about it was that the only way to access the park was via a $20 USD shuttle from the hostel to the park – you leave at 7am and return at 4pm. Since we had planned to do the park, we decided to give up the cash and venture our way there. We were given a map and two routes to take – Las Pailas and the waterfall route. Las Pailas was of no difficulty and well-marked and, while pretty, we weren’t sure what the big draw was; it looked like any other woodsy area, but with blood sucking flies that won’t leave you alone. 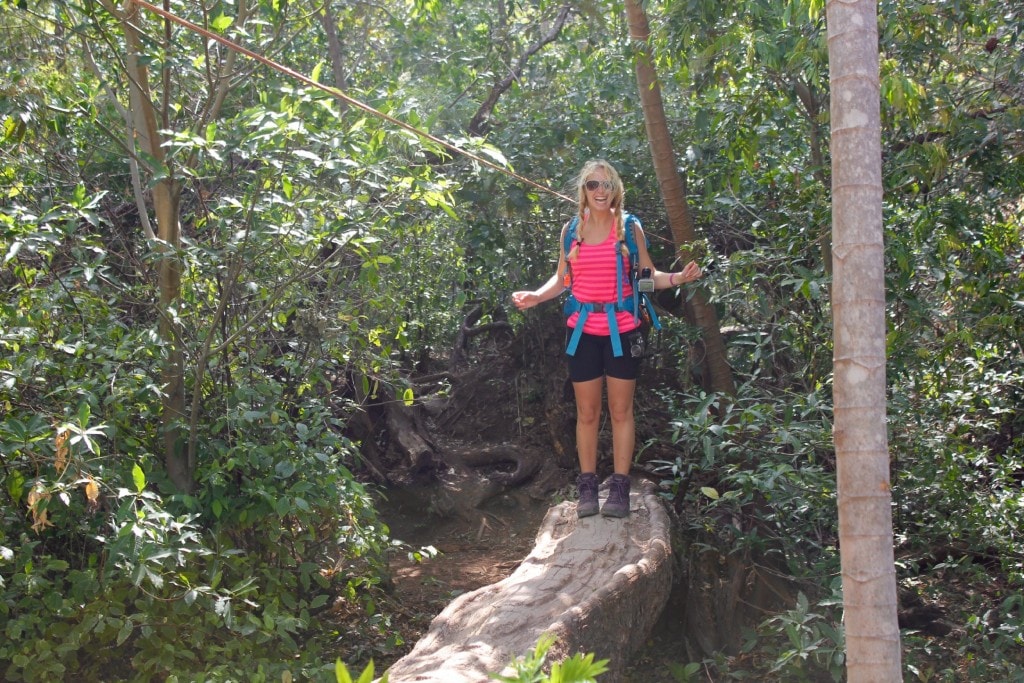 After the three hour hike, and a makeshift lunch of tuna with chickpeas and pita, we relaxed a bit before tackling the waterfall route. The waterfall route was to take four hours and said to be of moderate difficulty; while the route itself was okay (albeit steep at times), the scorching sun made it extremely hard. Philip and I realized halfway through the hike that not only were we lacking nutrients, but we were extremely dehydrated as well. We were about to turn around when a man told us there was only two kilometers to go. Guess what? He lied. There were about five more kilometers to go. We trudged on slowly and, after what felt like ages, made it to the waterfall. An absolutely stunning waterfall at that with a lagoon to swim in. 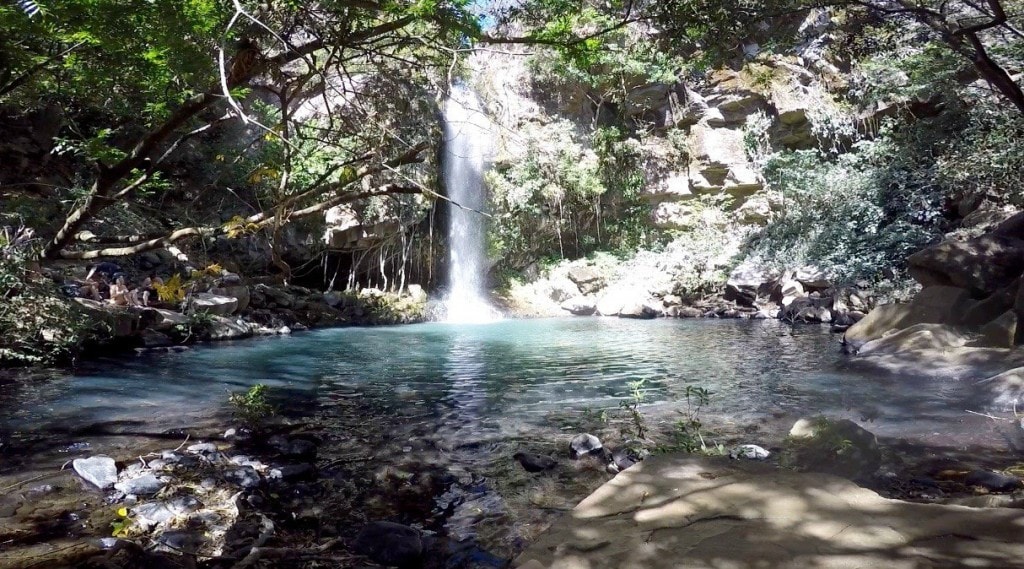 The water was refreshingly cold and, while I could have tread water there for hours, we only had a few minutes to dunk our heads and swim to the waterfall before needing to head back. The trip back was rough, as we were getting more and more dehydrated, but somehow we cut half an hour on the way back and slowly reached our destination for our shuttle back to our hostel. Worth it? Sort of. If you have your own transportation, absolutely, but if you have to pay the $20 shuttle, maybe not. Instead, I’d recommend just using Liberia as a transportation hub between Nicaragua and other parts of Costa Rica. 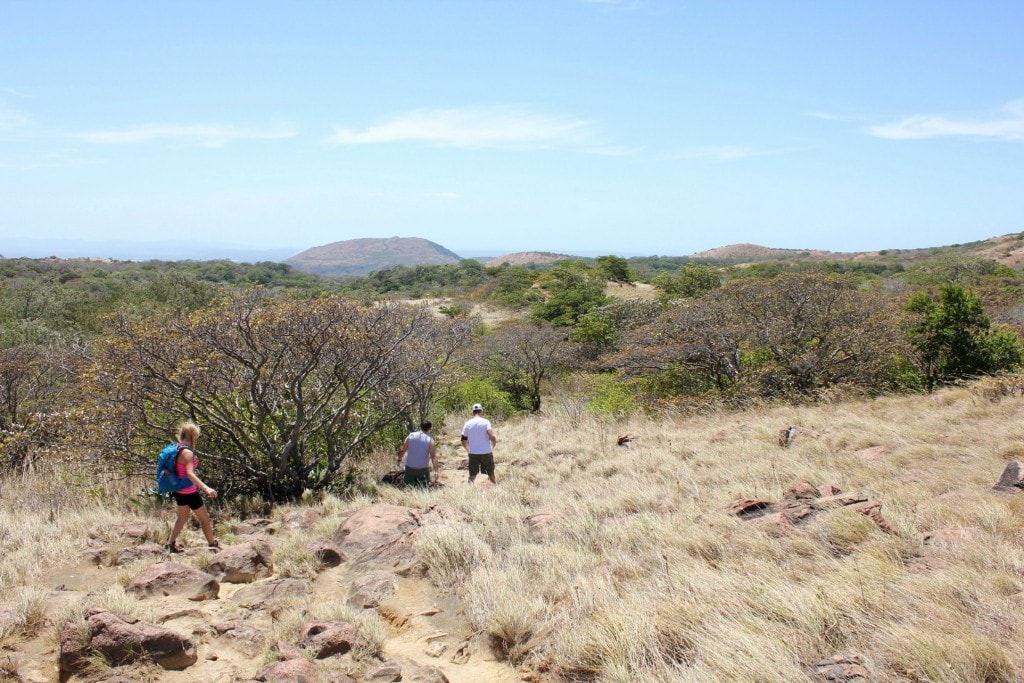