Rappelling Into The Lost World

A 100 meter abseil into a dark abyss with glow worms? Sign me up! Waitomo Adventures is the only company that can take you into the Mangapu Caves, also known as “The Lost World.” And how might one enter said “Lost World”? By shimmying oneself down a skinny rope from a high platform, of course! 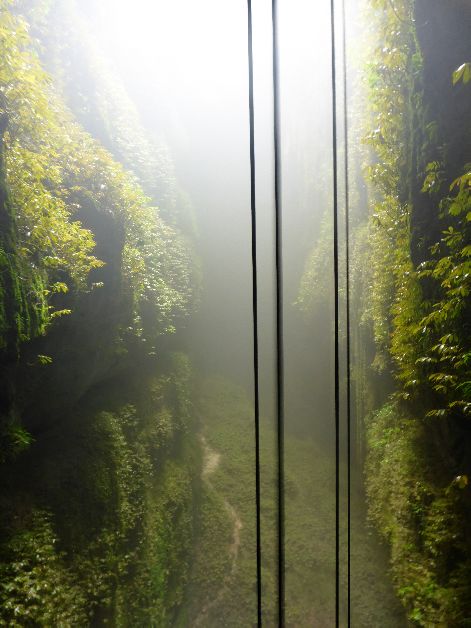 After suiting up in a harness, caving onesie, gumboots, and helmet with headlamp, and going through a double safety check, we were ready to find out what this Lost World was! With guides Chris and Hailey, we learned how to connect our two caribbeaners to various ropes through out the course in order to maneuver difficult terrain. But, don’t unhook both of your caribbeaners at the same time, or else you’ll owe Chris and Hailey a beer! 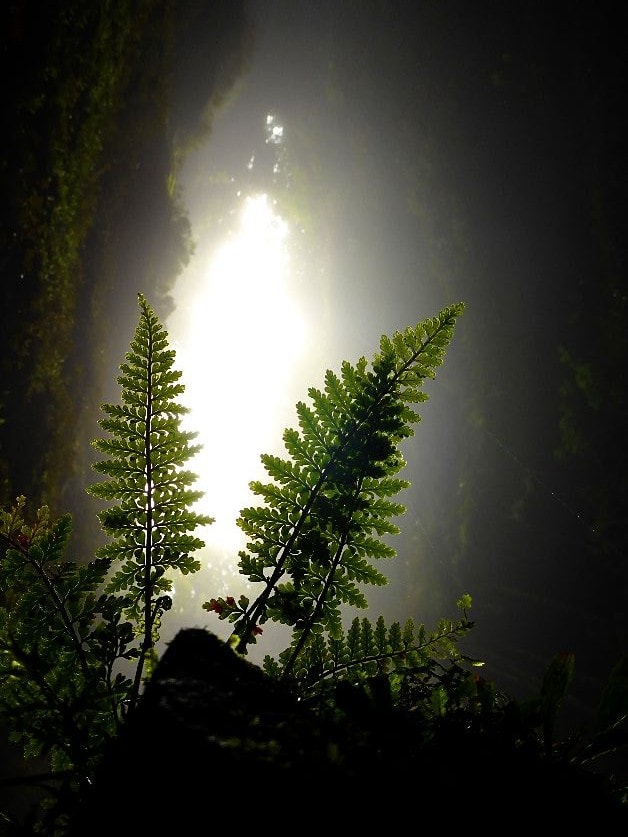 We trekked through a rainforest before coming to a stop in front of “the window into the Lost World.” It was absolutely stunning, and the first glimpse of what we were about to get ourselves into. 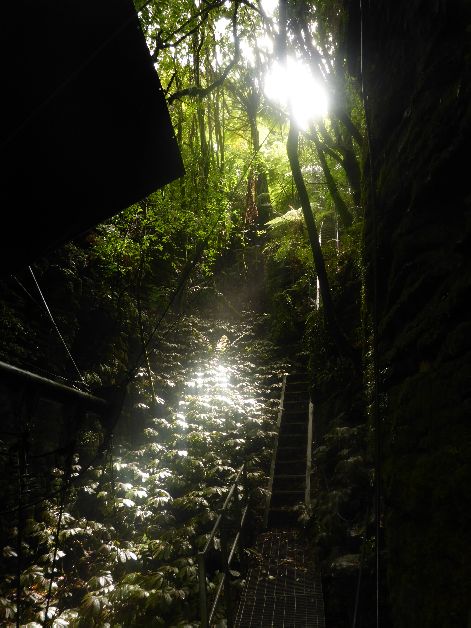 In 1906, two Englishmen wanted to build a railway through Waitomo and found “the Window.” They saw the fog and heard the water, but they couldn’t see through it; they deemed this anonymous space “The Lost World,” and it has kept its name ever since. 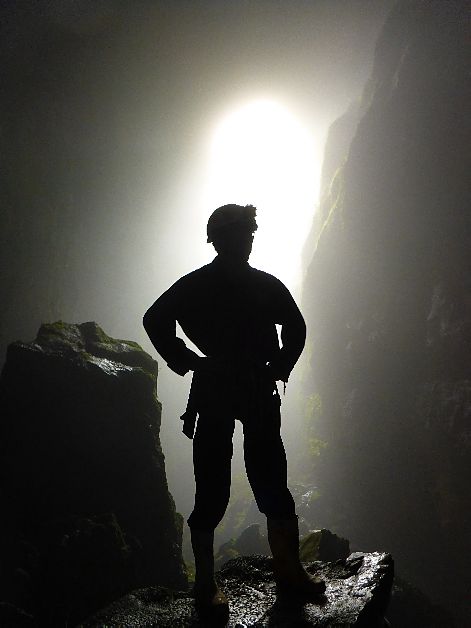 Tours through the cave started twenty-eight years ago, but originally there was no abseil and the trip lasted a solid fourteen hours! Then one day, the rope delivering lunch to the tour group dropped, and the adventurers were left lunch-less for their fourteen hour day. As that was completely unacceptable, the rope company gave Waitomo Adventures 300 meters worth of rope as an apology; this was how the abseil started.

Today, there are ten abseil ropes rated for 3,500 abseils; they are changed after every 1,000 uses though. Talk about taking safety precautions! Looking over the platform edge, this is all you will see: 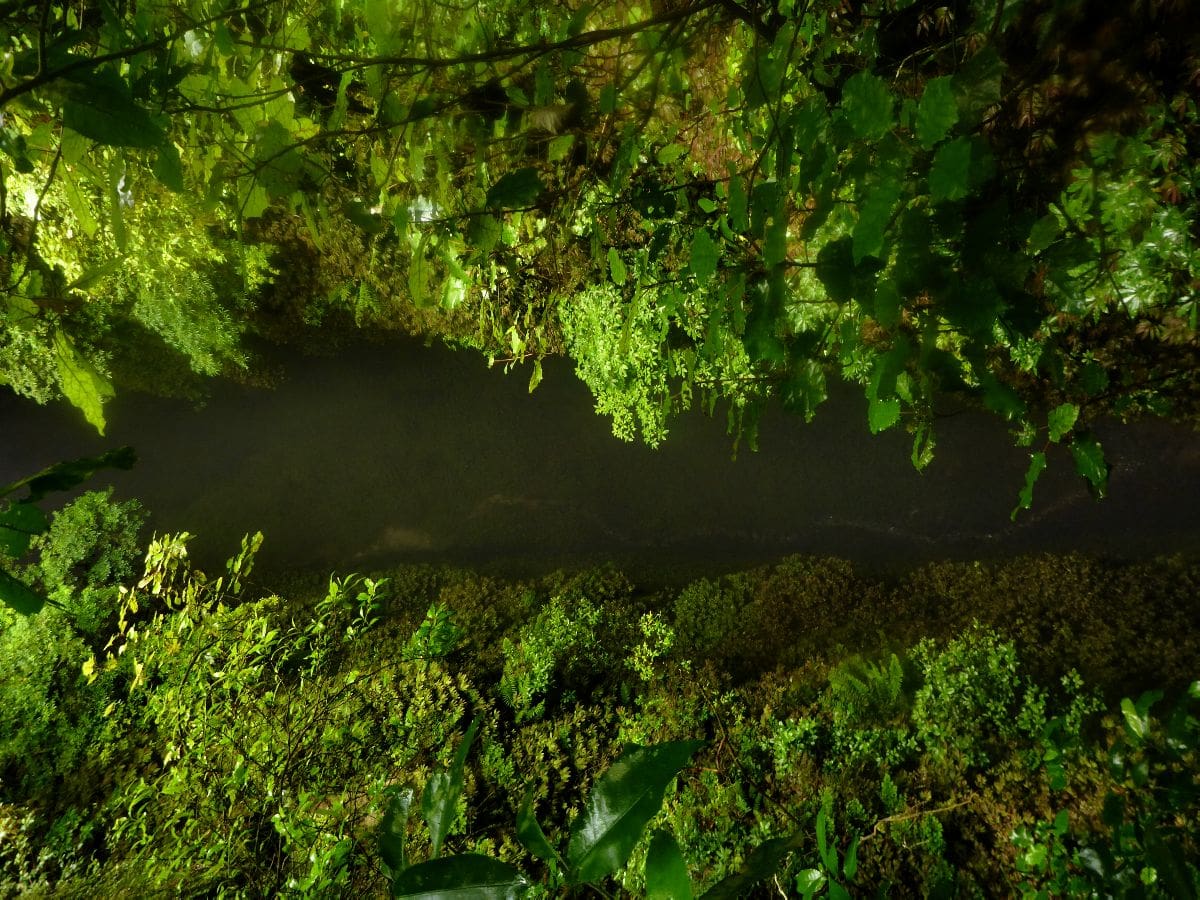 The abseil, or repel, itself was absolutely incredible. It just never ends are you descend deeper and deeper into the cave. 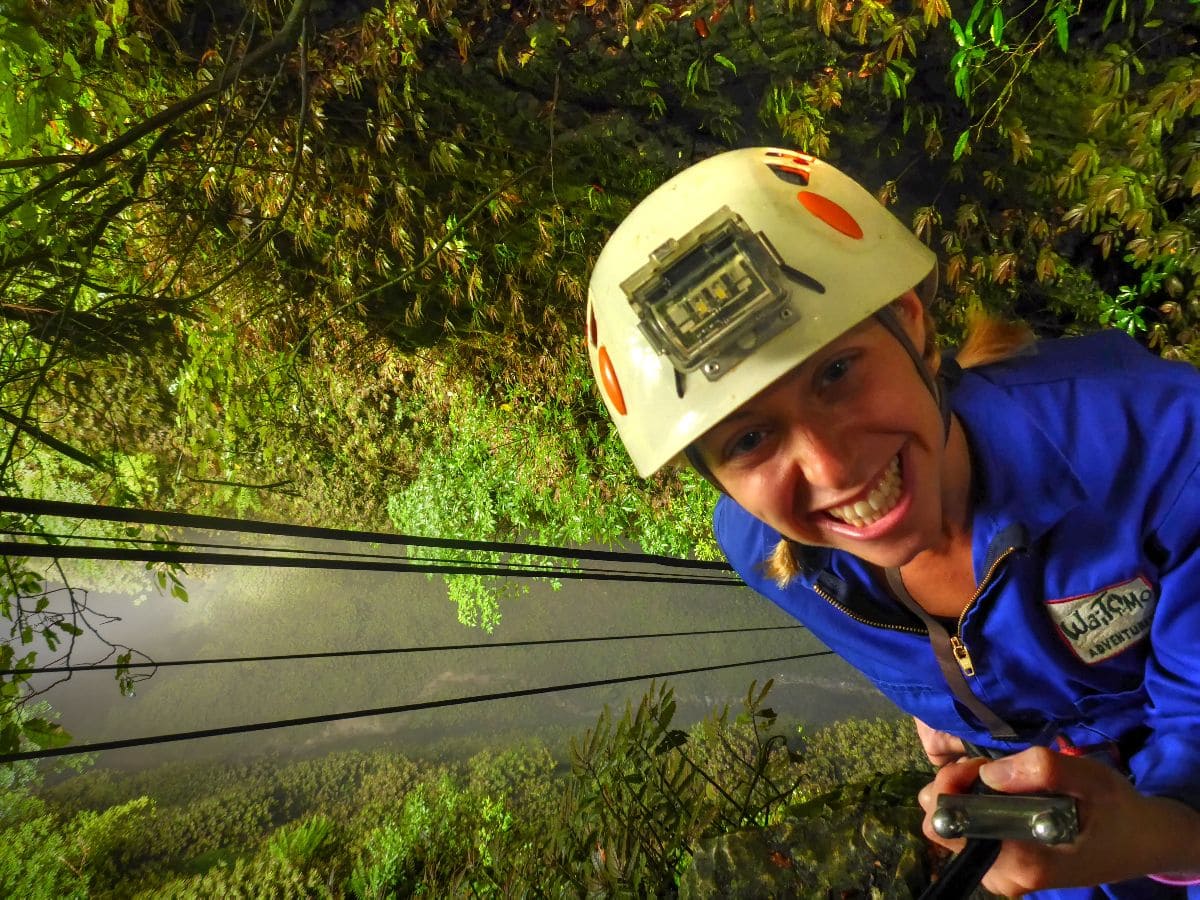 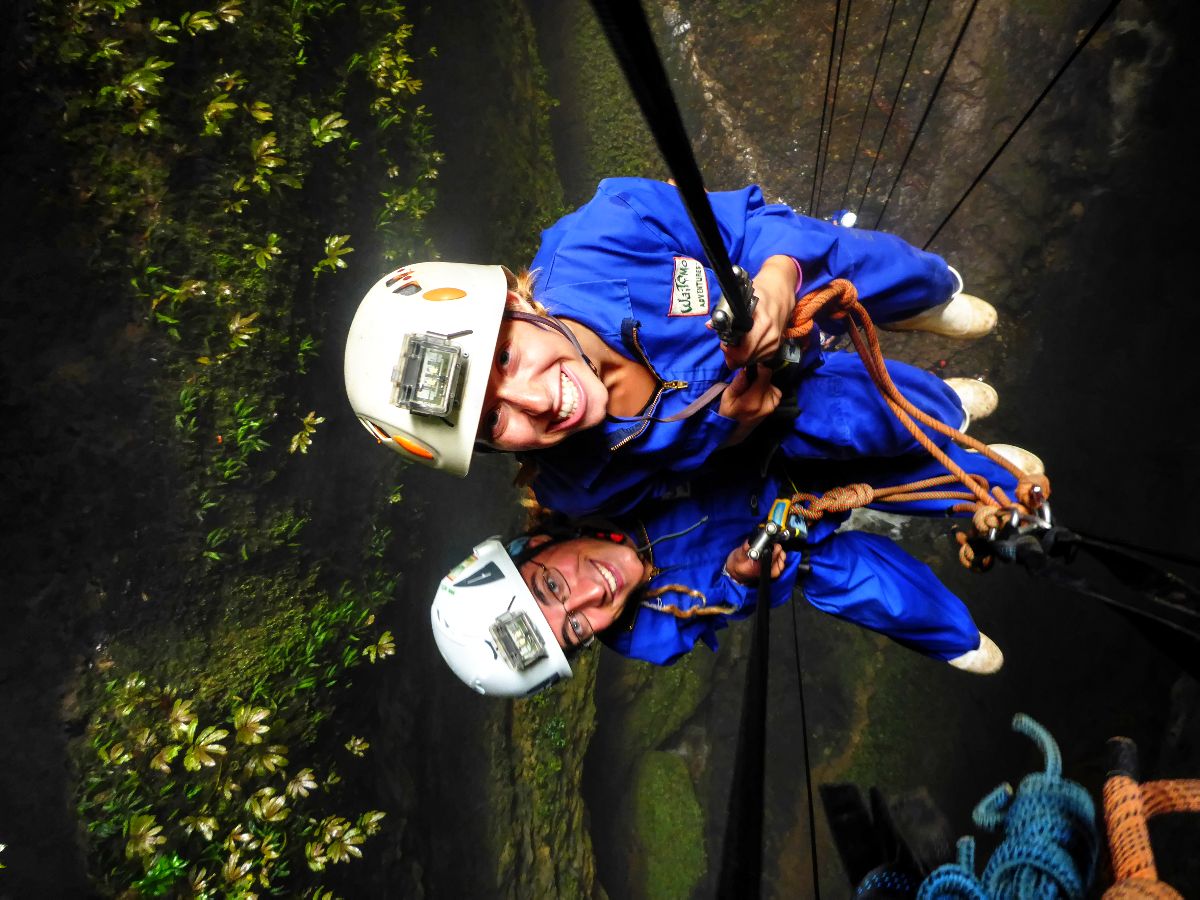 Once down, it was time to go in search of glow worms. To access the glow worms, we ventured about an hour and a half inside the cave with our headlamps shining bright. Scrambling over slippery, muddy rocks, at last we made it. 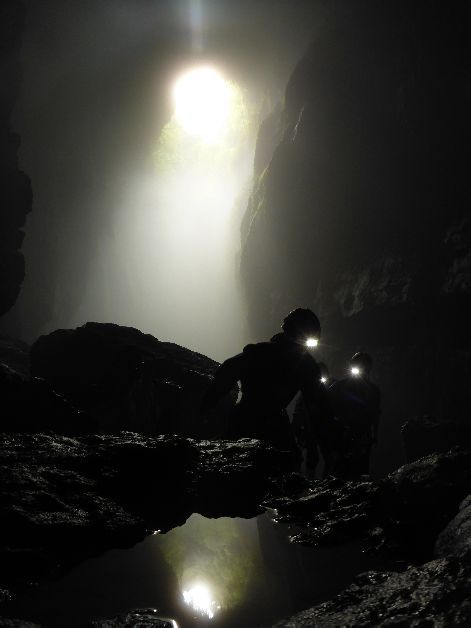 We shut off our headlamps and sat in silence observing the glow worms in their natural habitat for a few minutes. They were beautiful.

Glow worms aren’t actually worms, but maggots. Nine months into the larvae stage, they begin to glow. The chemical reaction that burns their waste is what causes glow worms to glow. This glowing feature attracts their food. Each glow worm has 40-70 strings similar to spider webs in which they catch their food — the glow attracts the insect, the insect flies near and gets paralyzed in the sticky string, and the glow worm eats it. After they sleep (for two weeks), they emerge as flies and live for only three days because they don’t have a mouth. The sole purpose for the glow worm turned fly is to reproduce. Kind of cool, kind of gross, yet totally awesome.

After watching those little guys for a bit of time, it was time to exit the cave. Our ascent began with climbing a 30 meter ladder. I thought it’d be no big deal as I was used to ladders from flying trapeze, but 30 meters is…high. David and I both tackled it with speed and strength until we hit the 3/4 mark – that’s when you start feeling it in the arms! 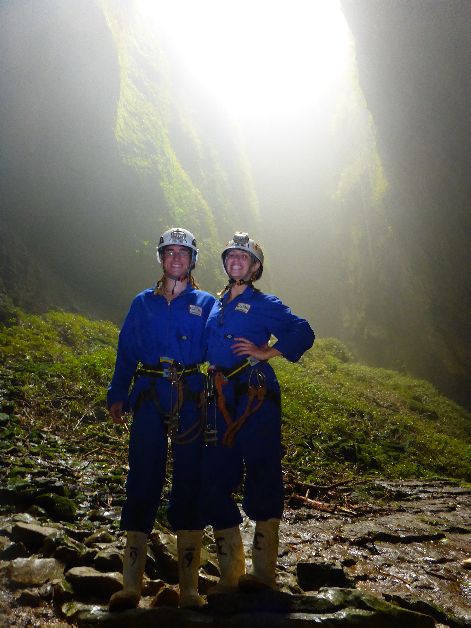 Conquering the ladder, it was just a few more tiny ledges and rock scrambles before we emerged from The Lost World. What an incredible journey indeed! 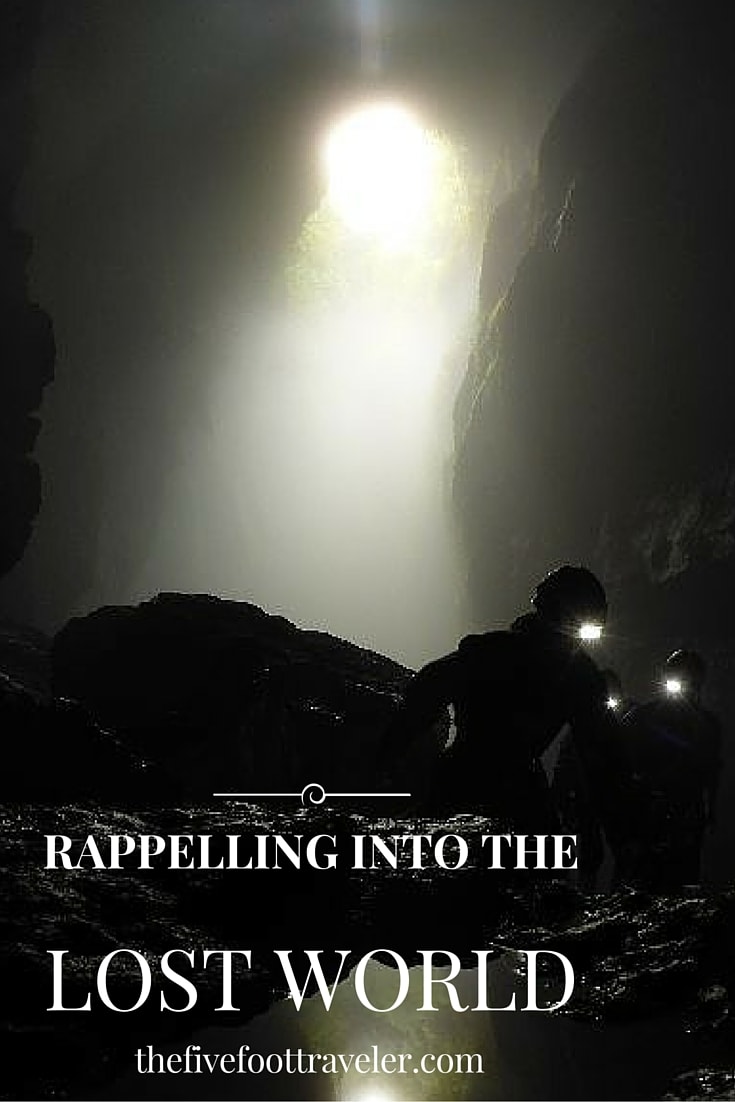 **Photos provided by Waitomo Adventures. Personal photography is not allowed on the tour, not even a GoPro.