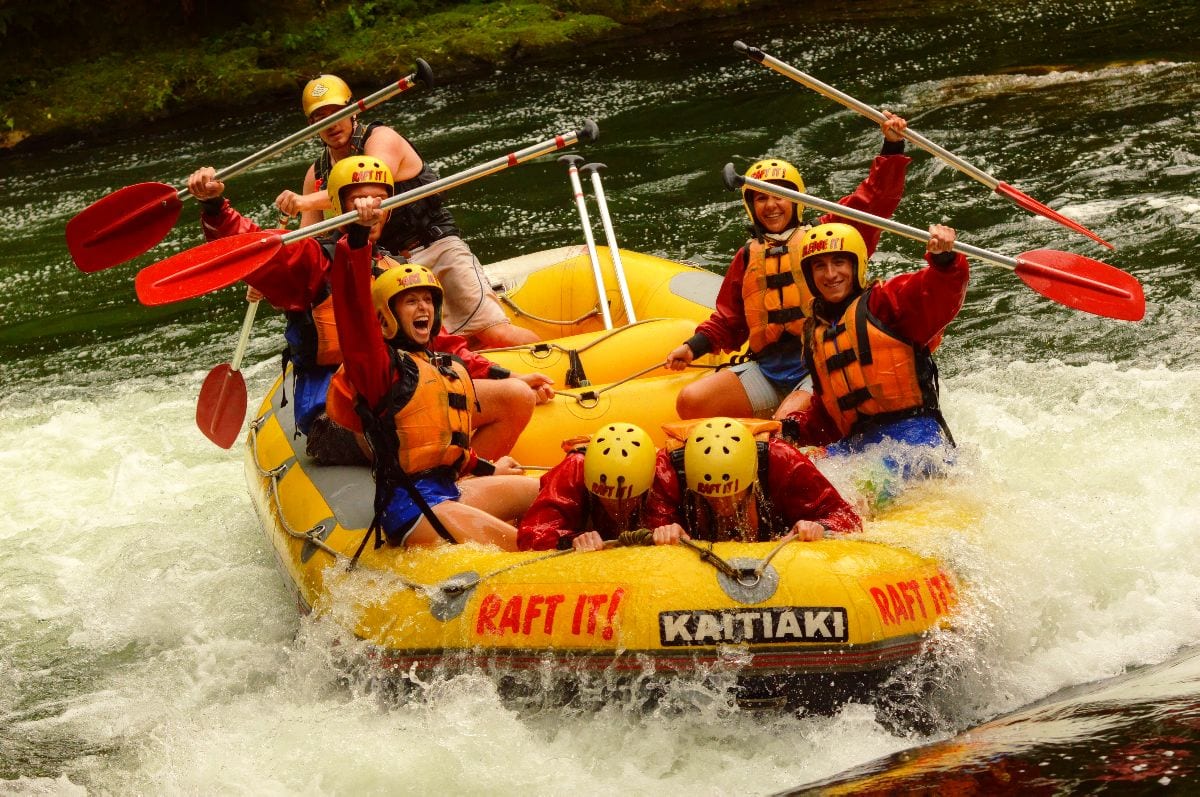 After gearing up, we boarded a truck to the Kaituna River, meaning eel food; it is home to the largest fresh water eels in the world. Like Mt. Tarawera, this river is owned by the Maori, specifically by the Iwi tribe. Kaitiaki Adventures is the only rafting company that has directly connected with the Iwi to ask for use of the river. Because the place is sacred to them, Kaitiaki recites three traditional prayers throughout the course of the rafting experience as a means of respecting the land, the river, and those before us. To put it briefly and simply, the Kaituna River is considered a sacred place to the Maori people because a long time ago there were wars over land; the Warriors that died in battle were laid to rest in the river. The eels would eat the flesh of the bodies, and then the people would collect their bones, wrap them up, and put them in caves surrounding the Kaituna River. So, technically, we white water raft through an old cemetery, so it's common courtesy to pay your respects.

At last, we hopped into our raft! We learned the basics of paddling and “holding on,” before entering our first rapid. The guides are extremely knowledgable, safe, and entertaining. Alongside each raft, there was also a sledger to be around should something happen. David and I were put in front, deemed “el Capitán” and were largely responsible for paddling in sync and steering the raft. The water was warm, and we were having a blast. Very early on in the trip, we hit our first two waterfalls. With a big splash, we went down them with relative ease. 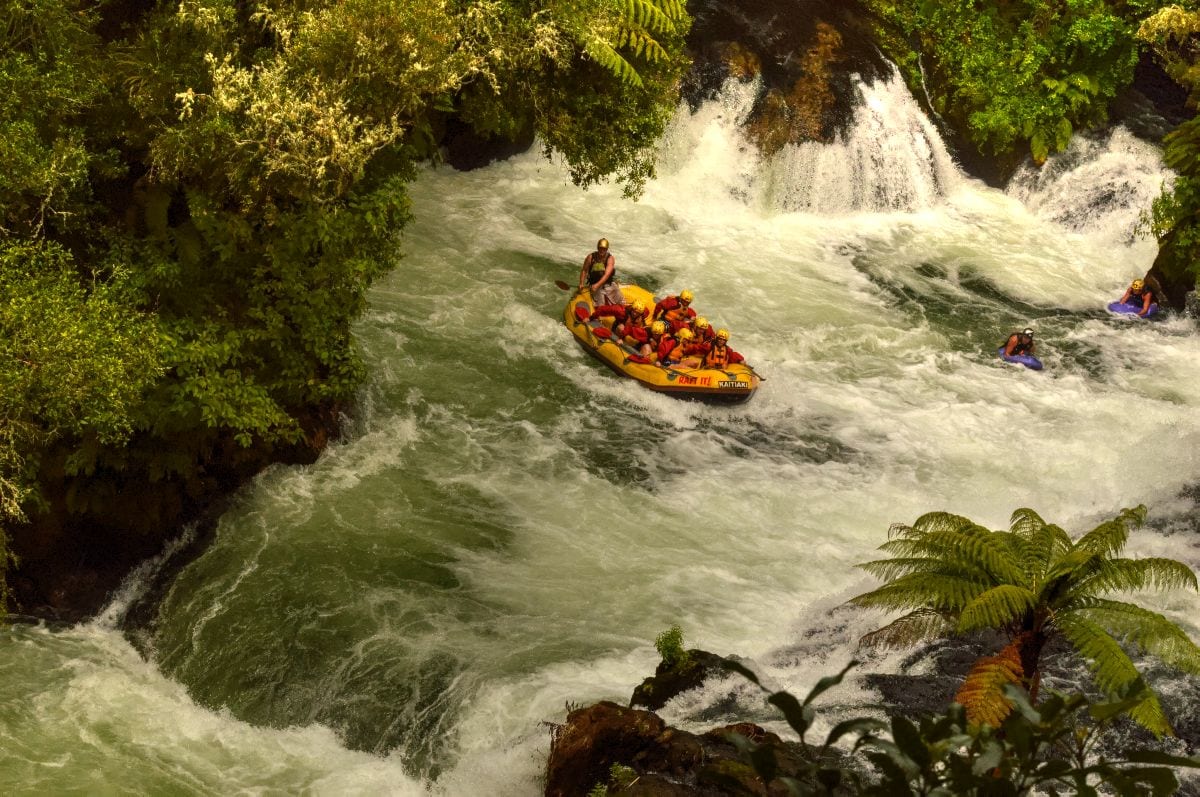 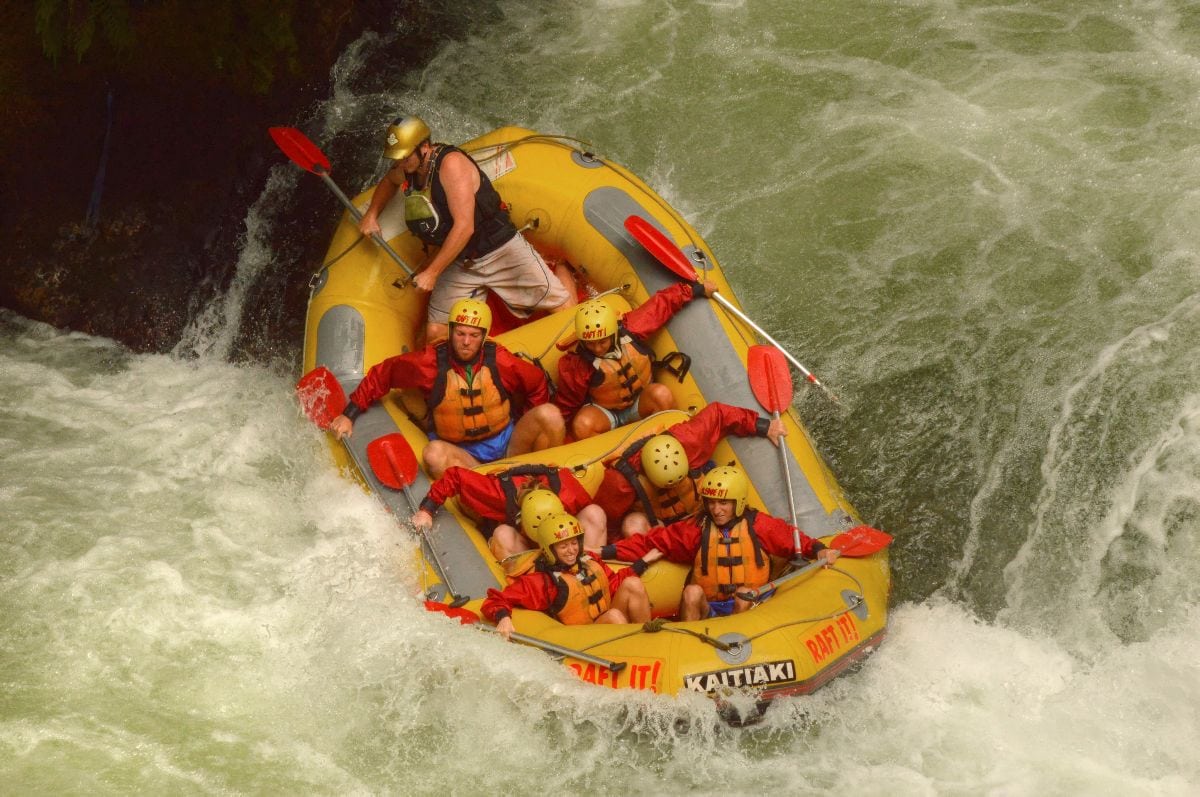 We stopped on two separate occasions to give a traditional Maori “Karakia,” or prayer. One was as follows:

Honor and glory to your god

Goodwill to all mankind

We continued onward toward the 7m waterfall, the highest commercially rafted waterfall in the world. We knew that capsizing was more than likely, but we were ready! This is what followed: 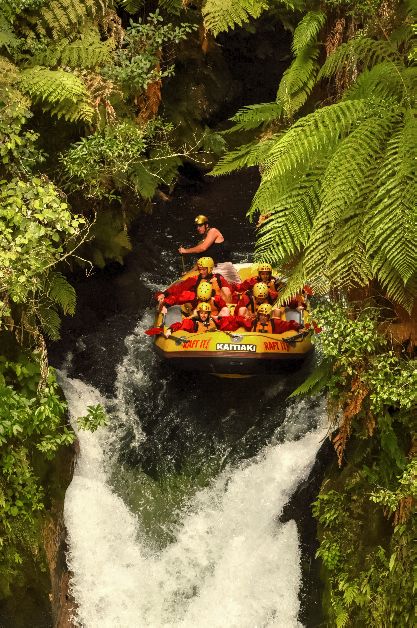 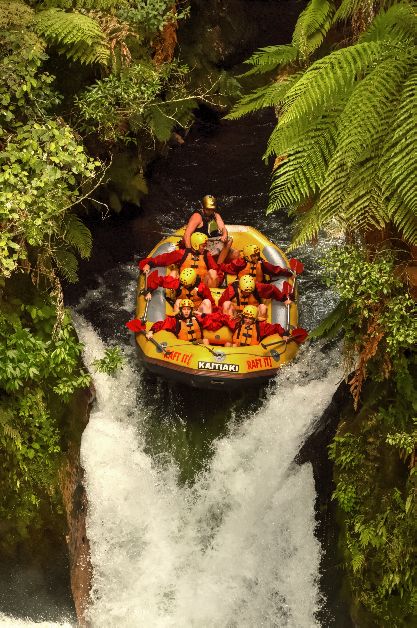 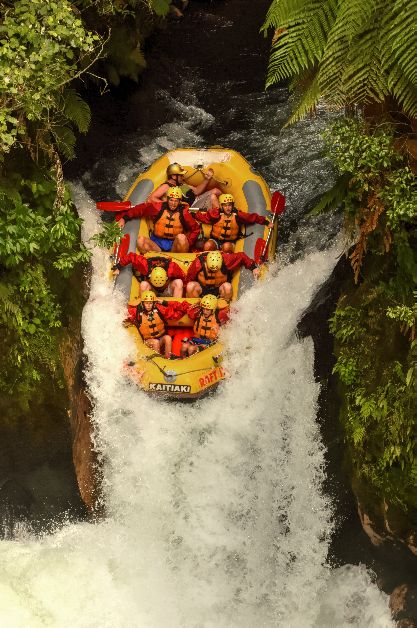 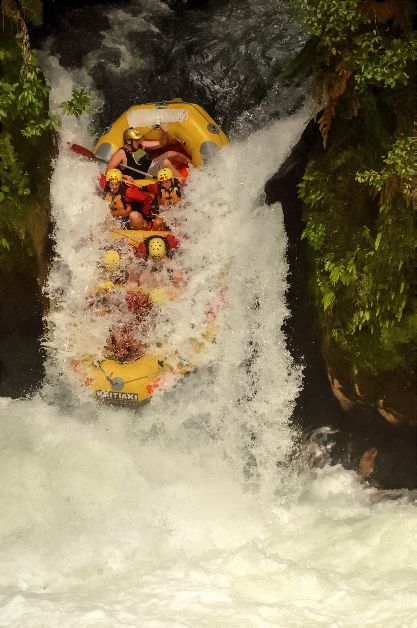 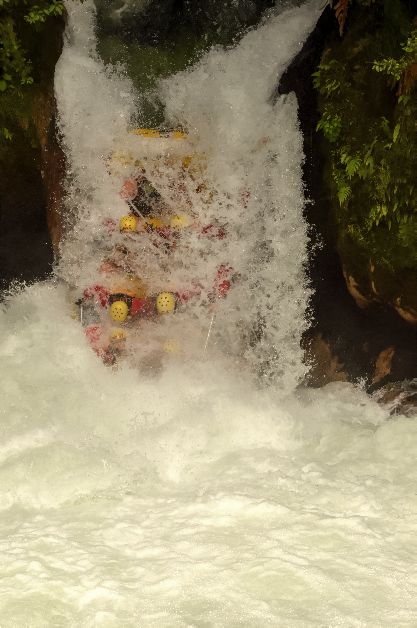 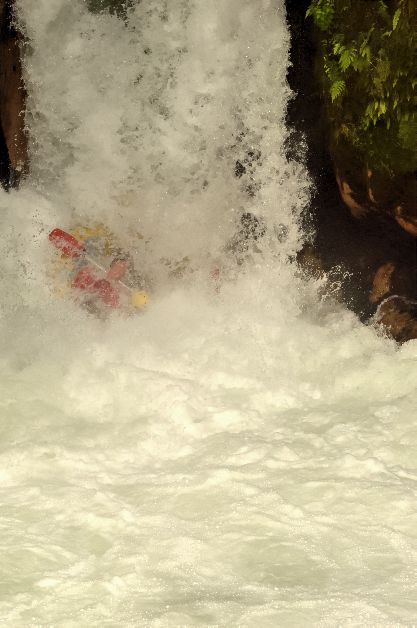 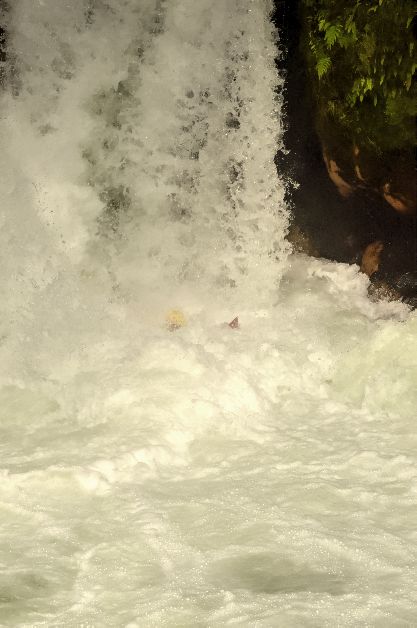 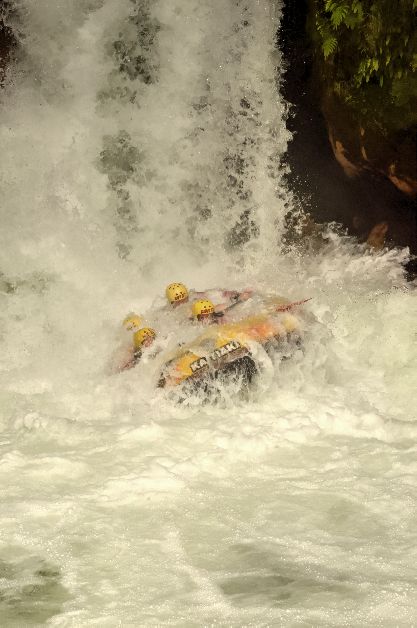 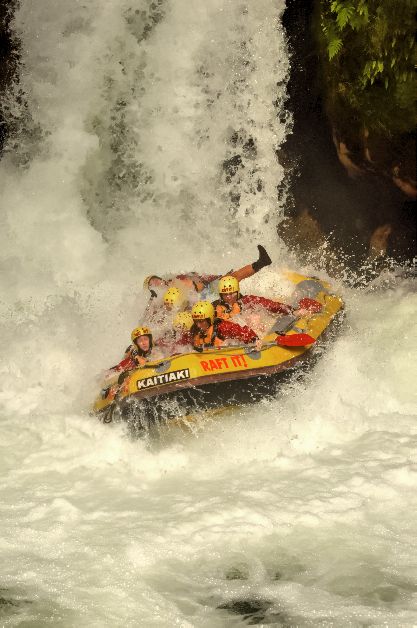 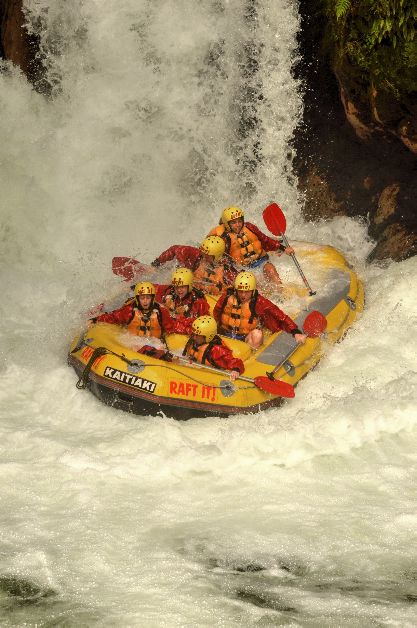 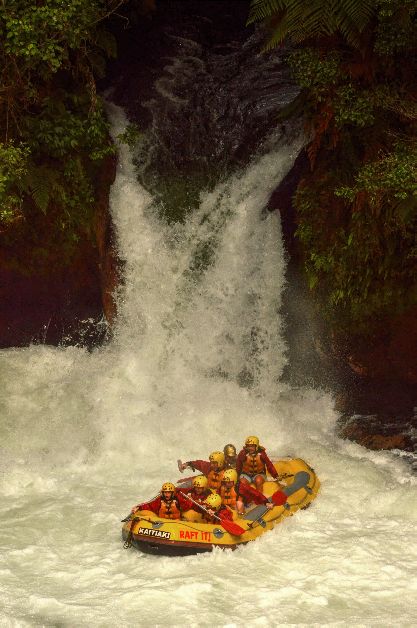 We made it! Although we braced ourselves for the flip, it never happened! I was quite impressed with our little group. 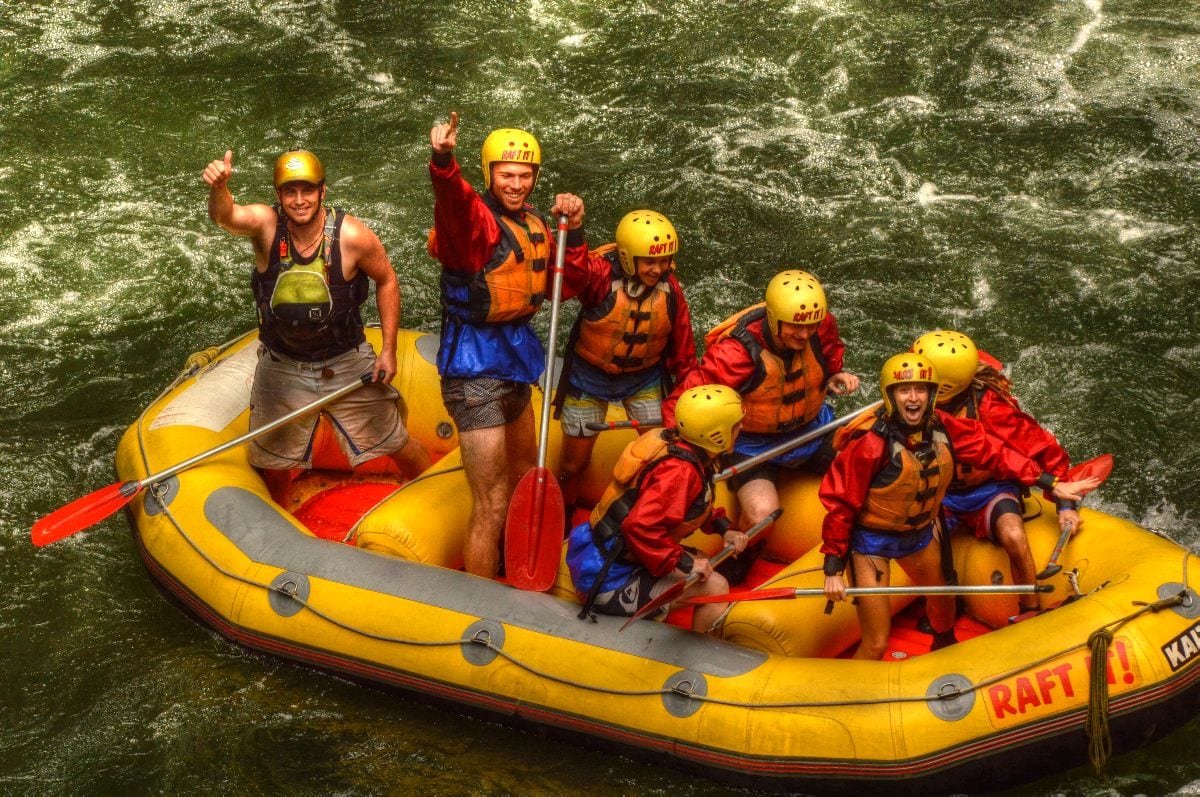 At that point, we were only halfway through our rapids and our hearts were pumping with excitement. We hit each rapid comfortably and, somehow, I never fell out (like the last time I white water rafted!). The guides kept the whole experience fun every step of the way and, at multiple points, put parts of the raft under the rapid to soak us; it was just a blast! 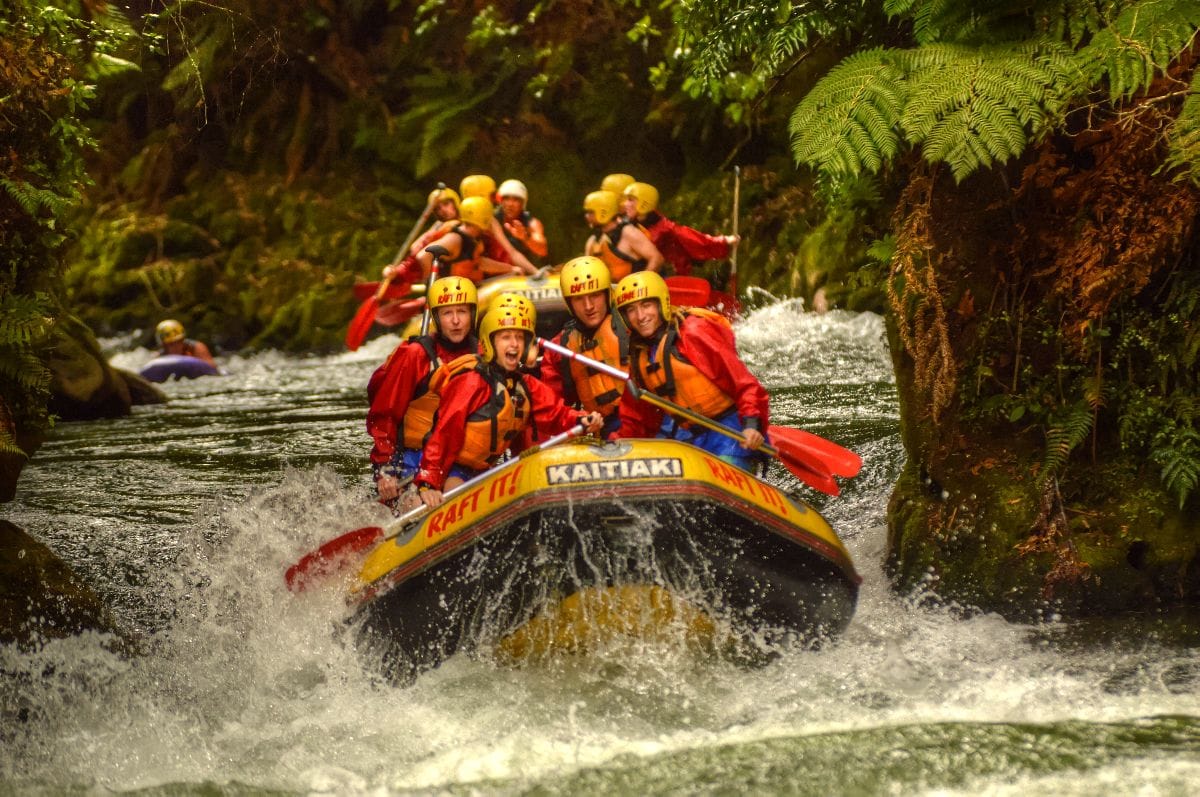 It's also important to note that Kaitiaki Adventures takes exceptional photos to document the whole experience! You can take your GoPro at your own risk (as I did), however, there are about 60 GoPros at the bottom of the Kaituna River. Just wait until you see what it looked like when you were going vertical down the waterfall!

I wouldn't have wanted to raft down the Kaituna River with anyone other than Kaitiaki Adventures. They were professional, knowledgeable, fun, and friendly. A great adventure indeed! 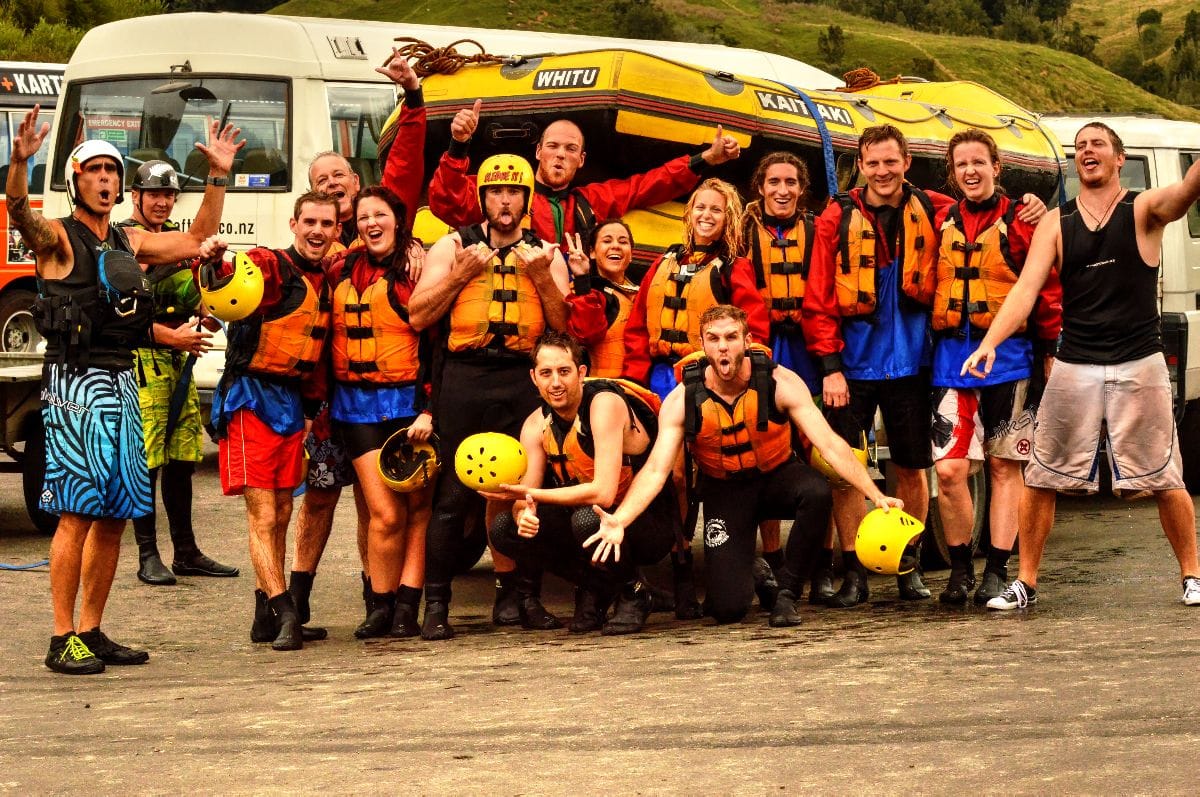 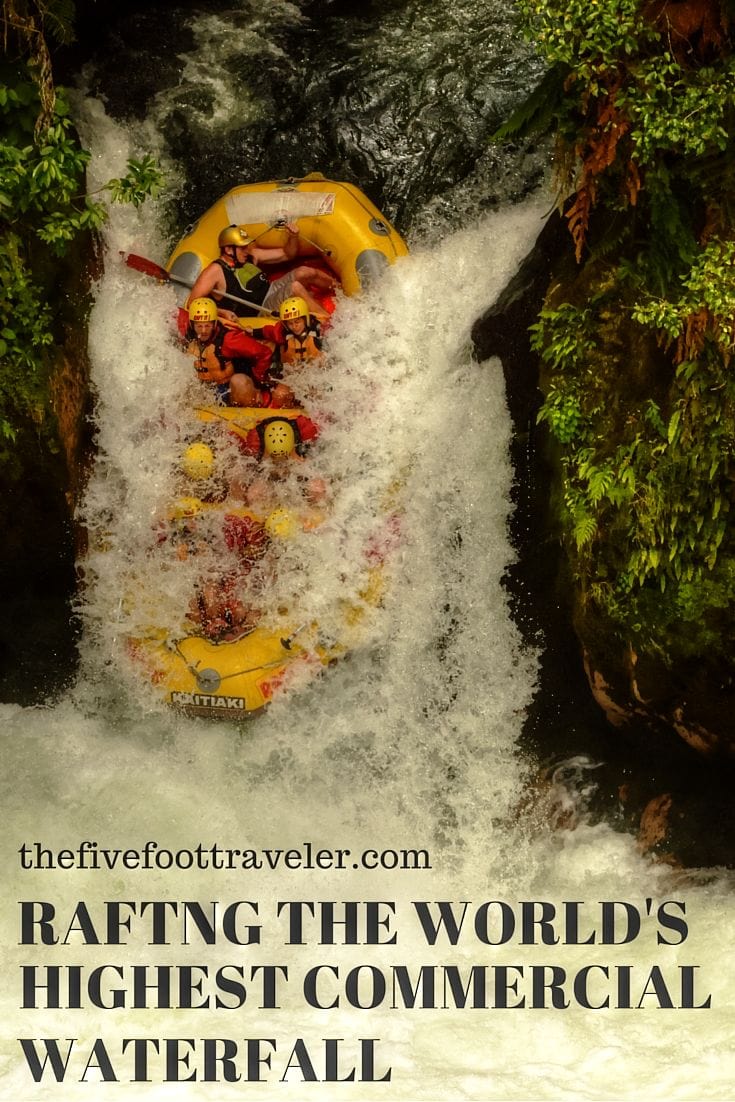