If you could sleep in the room of a former Chinese General, would you? I would. In fact, I did. Choosing accommodation in Beijing proved a bit tricky since it’s a sprawling city with many must-see sites. I knew one thing for sure: I wanted to sleep in the Dongcheng District so that we could be nearby the Forbidden City and infamous Tiananmen Square. What I didn’t realize was that we would not only stay in a hotel close to the sites, but on the same street as they! 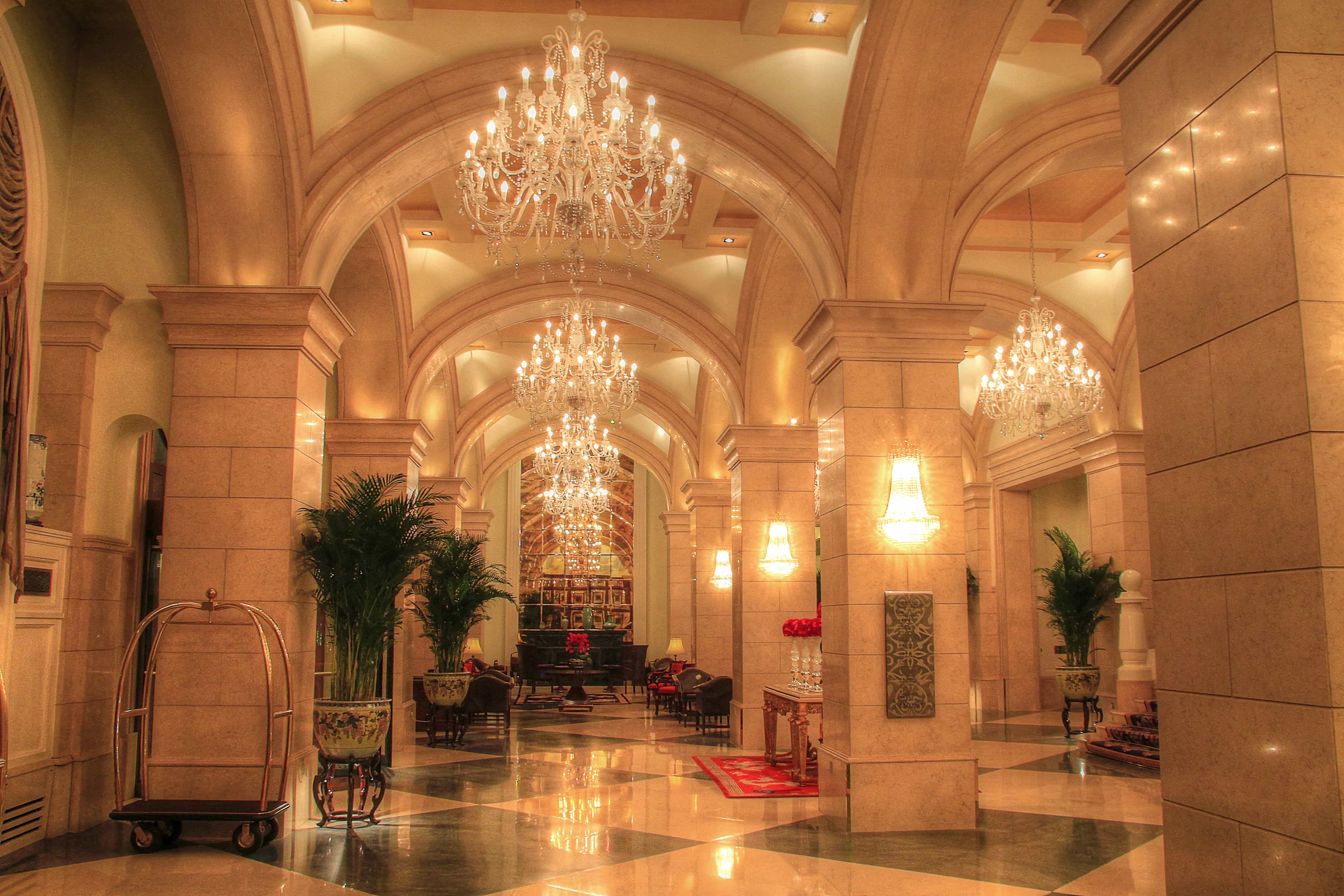 Raffles Beijing couldn’t have been any more perfect. Set in an early 20th century building with French-Orient architecture, the interior of the Raffles Beijing exuded luxury. From the moment we walked in, the lobby was glistening and the staff was by our side, as friendly as could be; our eyes were most definitely drawn to the beautiful Grand Staircase in the center of the room. 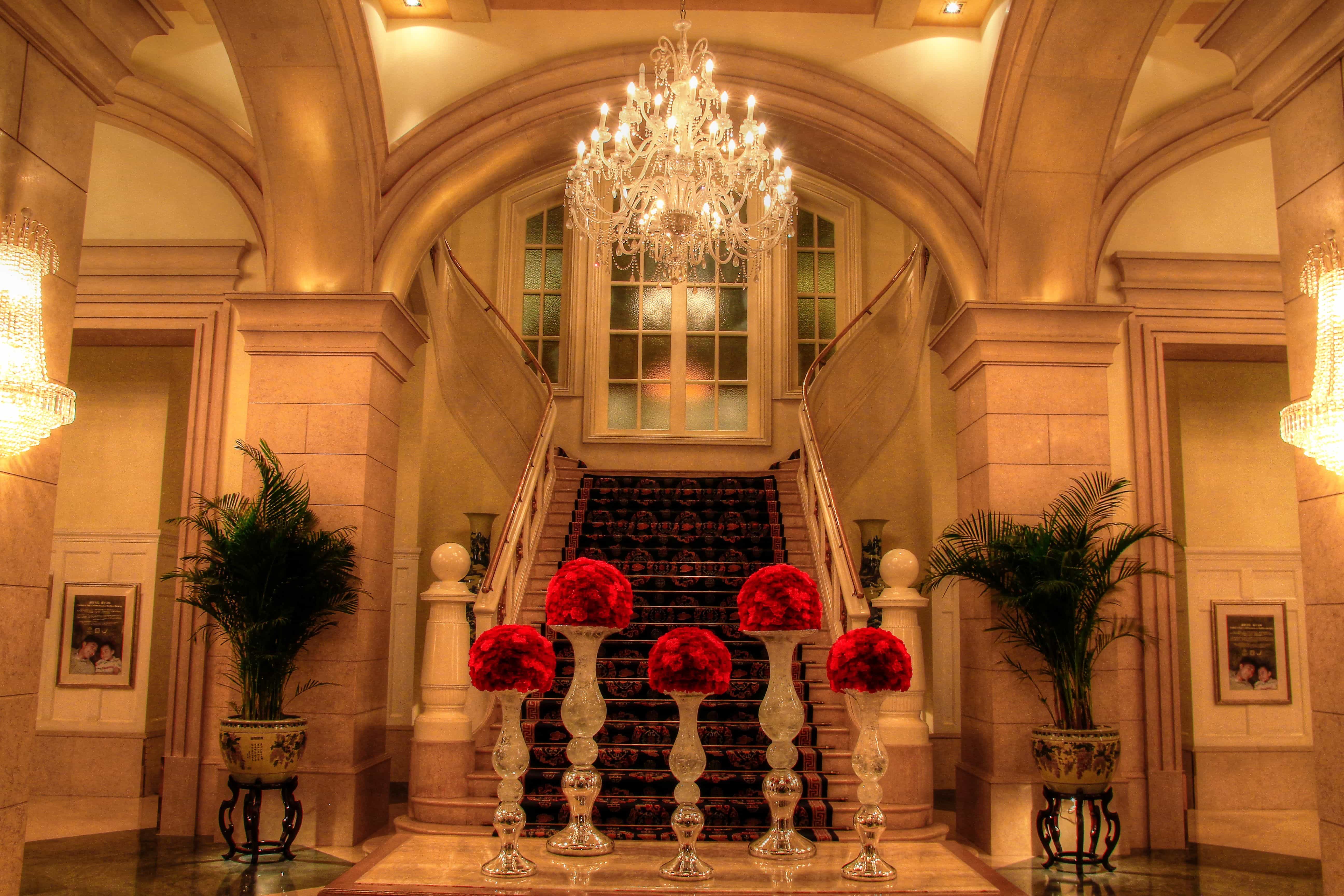 We were told upon check-in that Raffles Beijing upgraded our room to one of the nine special “Personality Suites” within the building, and we were personally escorted to our room on the third floor. These suites are named after distinguished guests of Raffles Beijing and includes exclusive collections original memorabilia. The plaque outside the door read: “General Feng Yu Xiang — A famous Christian General and warlord during the early years of the Republic of China. He proved himself to be hard-working and motivated in his military life.” 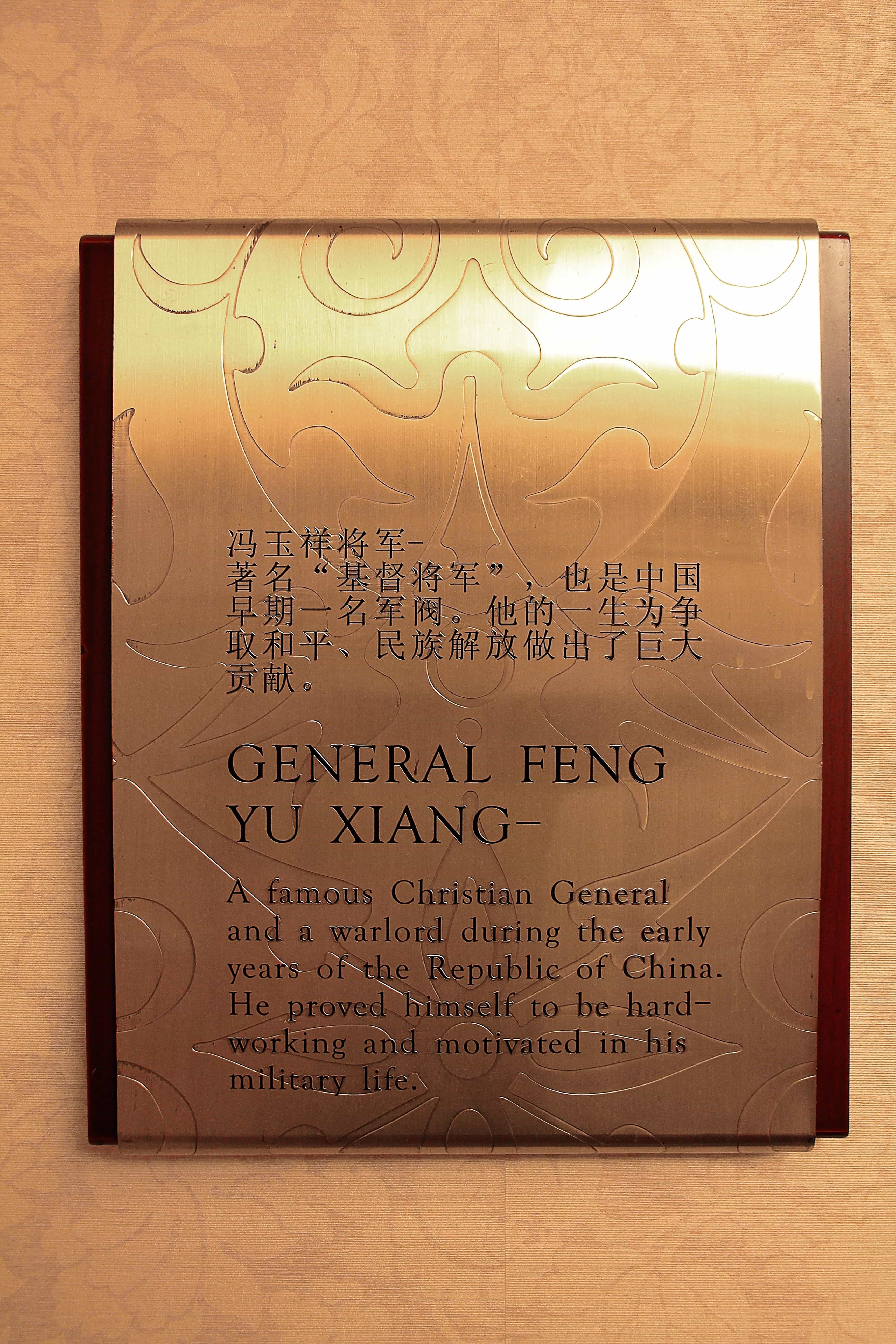 We stepped into the room, turned a corner, and stopped. It was beautiful! I couldn’t get over just how gorgeous the room that once belonged to the Chinese General was. There were photos illustrating his successful career in the hallway leading up to our 861 sqft / 80 sqm bedroom. 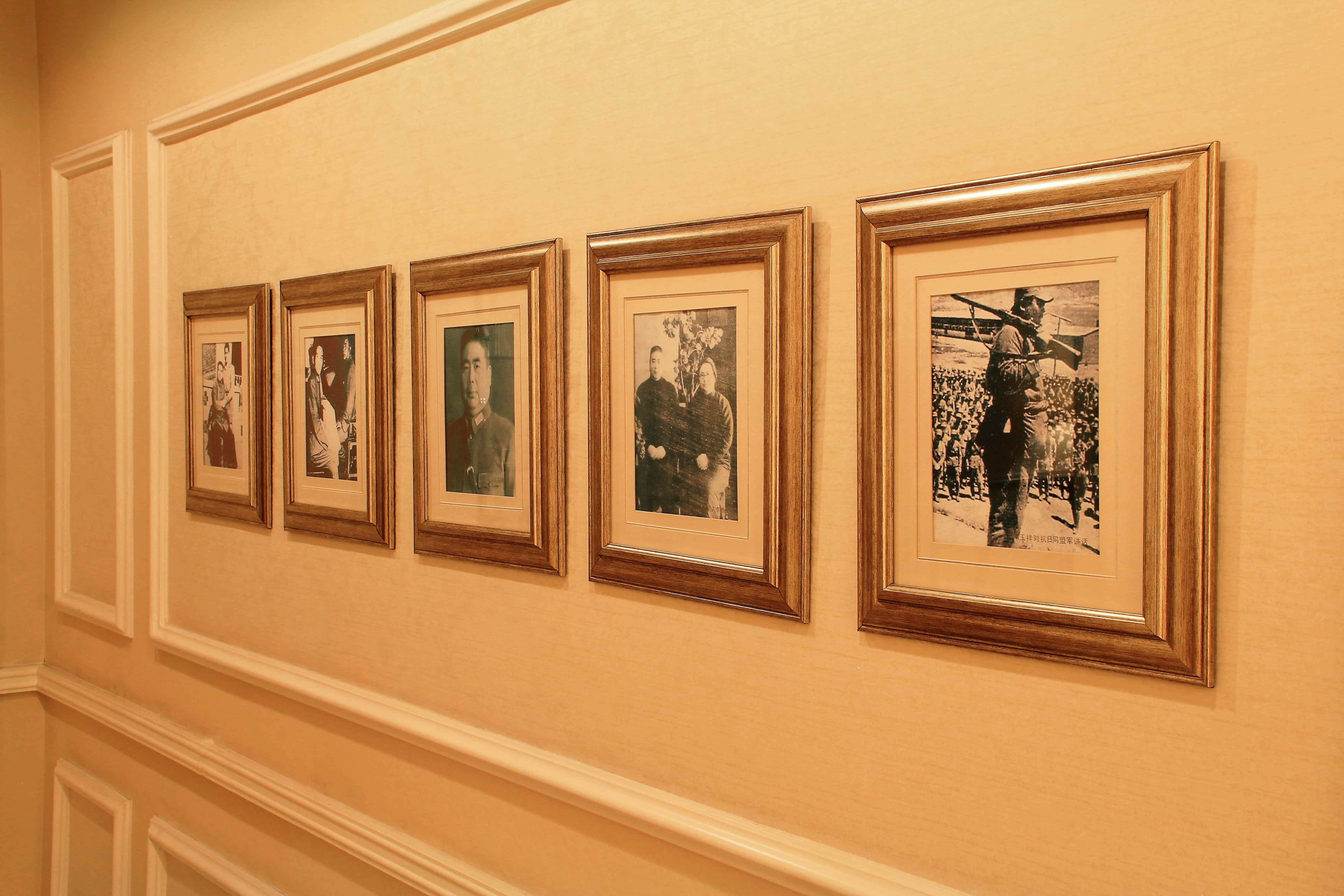 A king-sized bed stood prominent on a raised platform to our left, a couch with a coffee table garnished with fruit and the finest of chocolates straight ahead, a proper working desk in the corner (equipped with highlighters and all), and a large flat-screen TV in front of our bed. 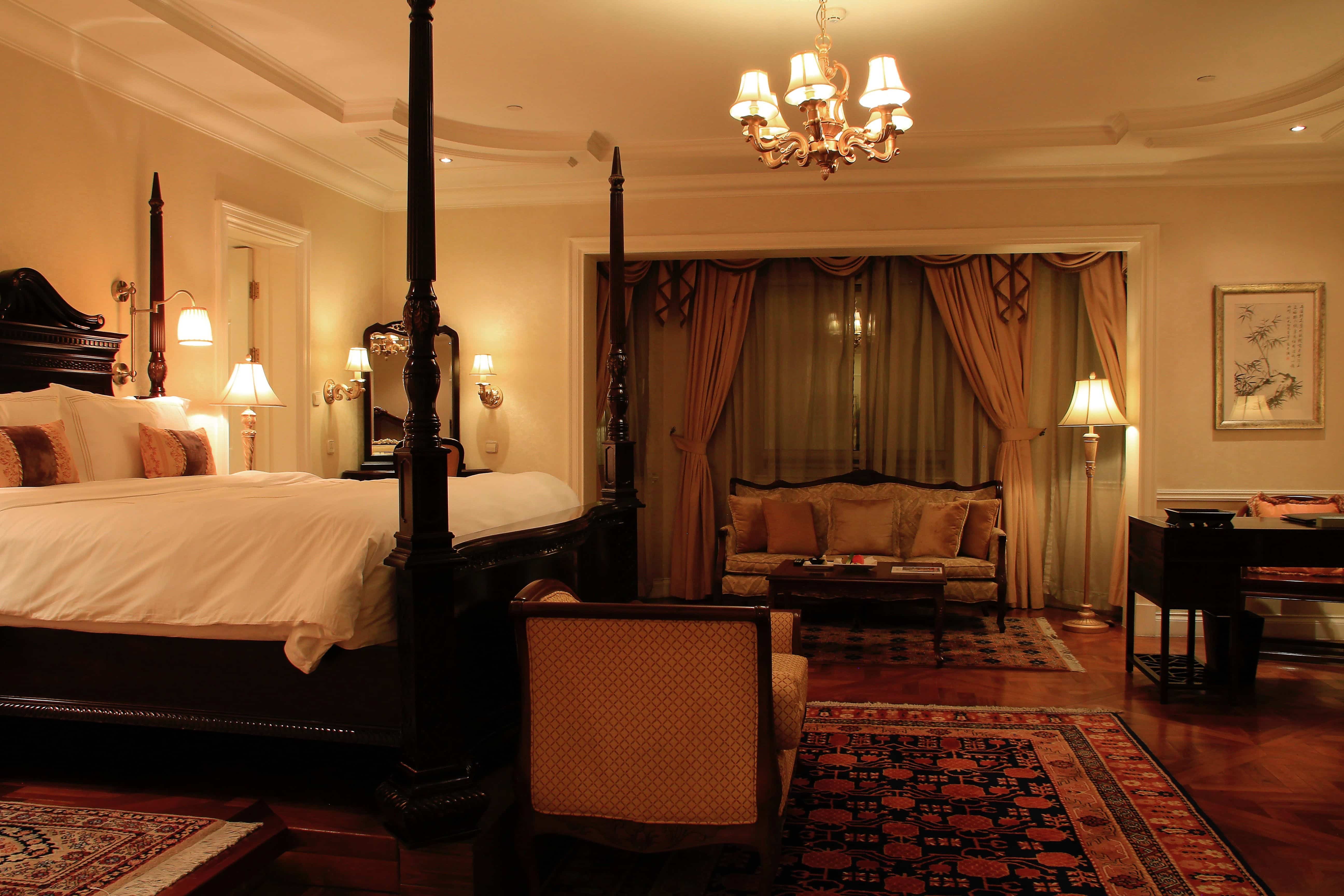 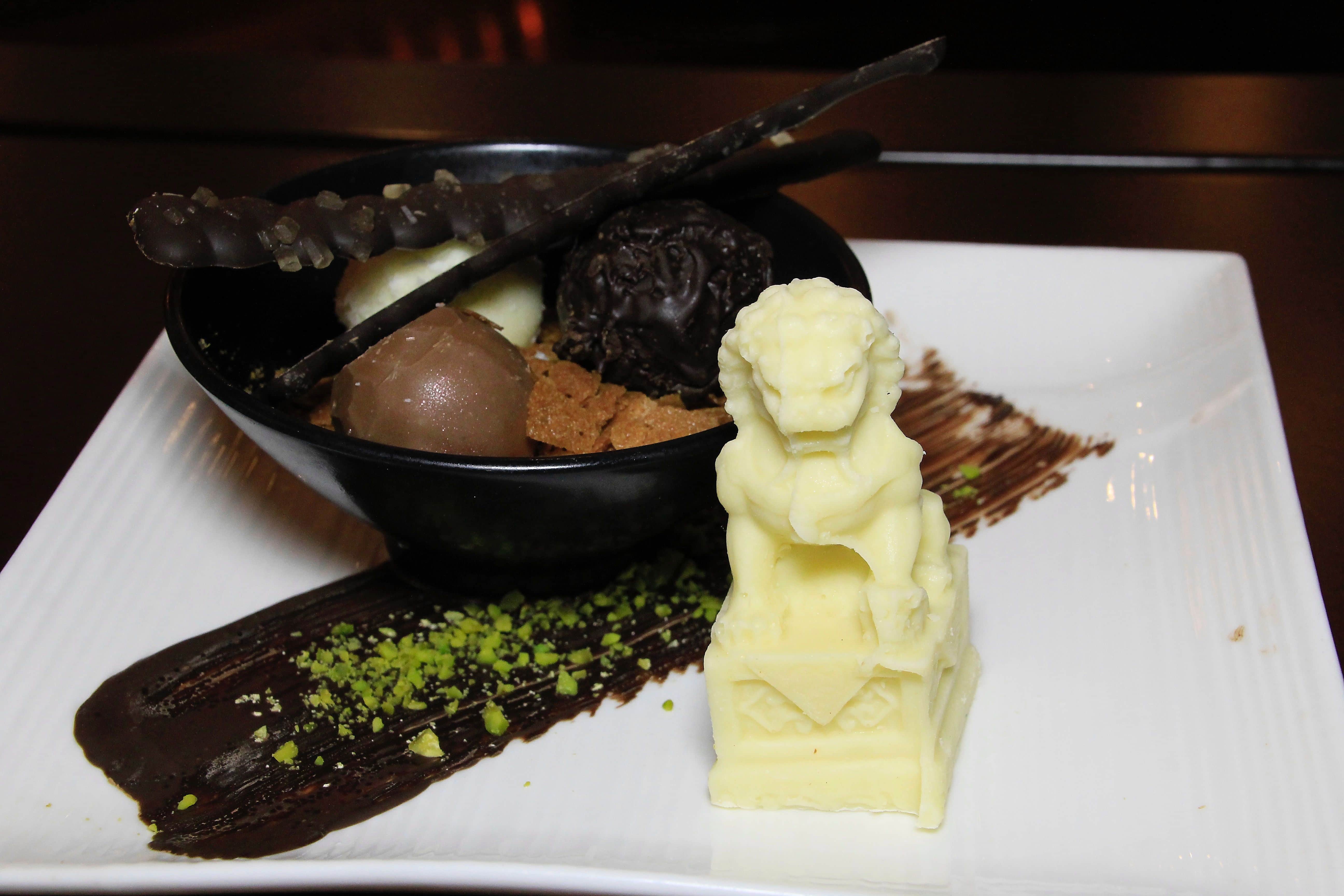 The room had two bathrooms: a smaller one in the foyer and a huge bathroom spanning the length of the room with two separate entrances on each side of the bed. Inside the bathroom hall, you could find a toilet and bidet, shower, two sinks, a whirlpool tub, and two bathrobes. The bathrobes and towels were as soft as could be! We had spent the entire day on an 18-hour train from Zhangye, so this room couldn’t have been a more welcomed surprise! 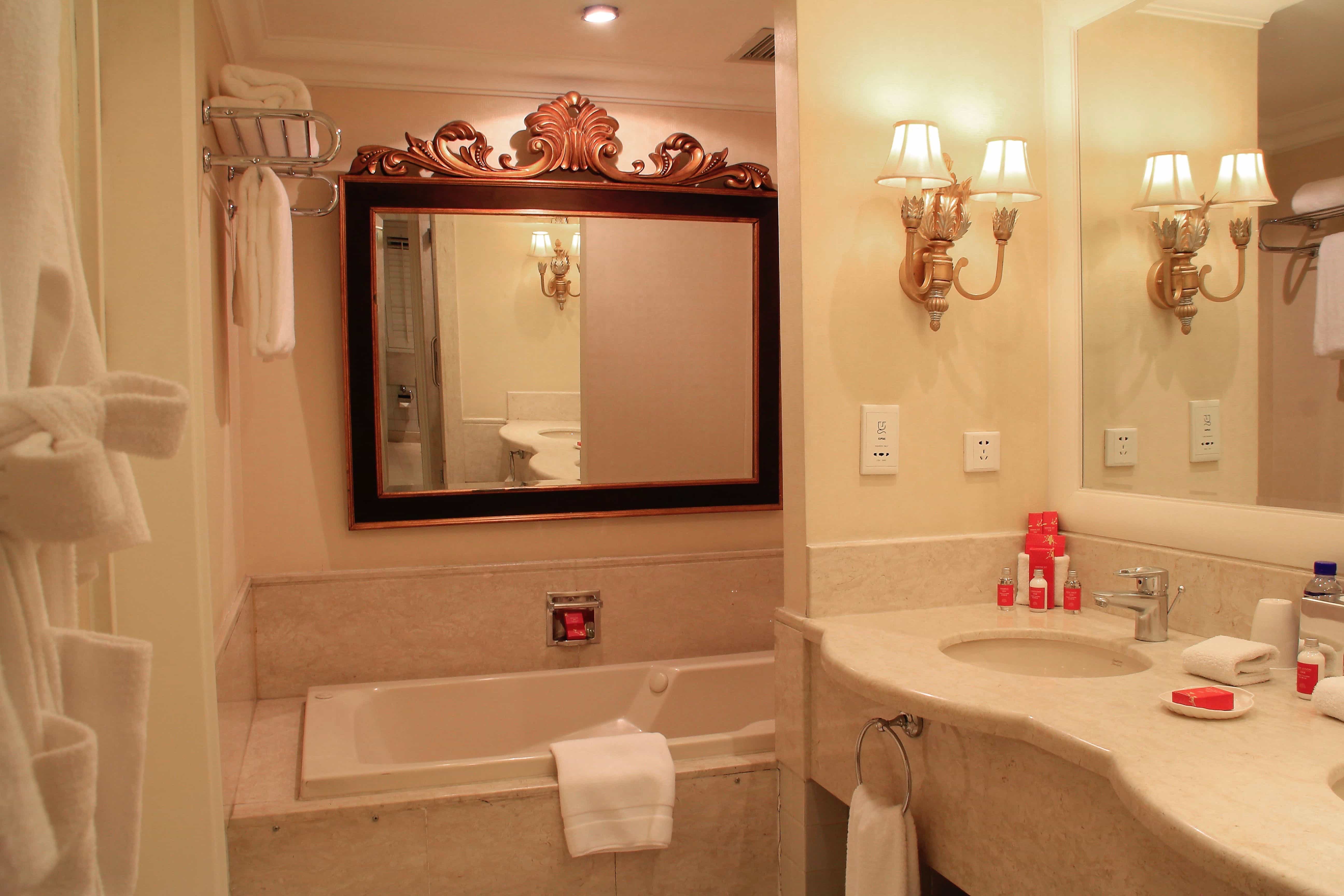 Aside from the breathtaking room, Raffles Beijing offers an out of this world breakfast. I’ve experienced my fair share of breakfast spreads, but the breakfast at Raffles surpasses them all. Everything you could imagine wanting for breakfast and then some was there — even a huge bottle of champagne! 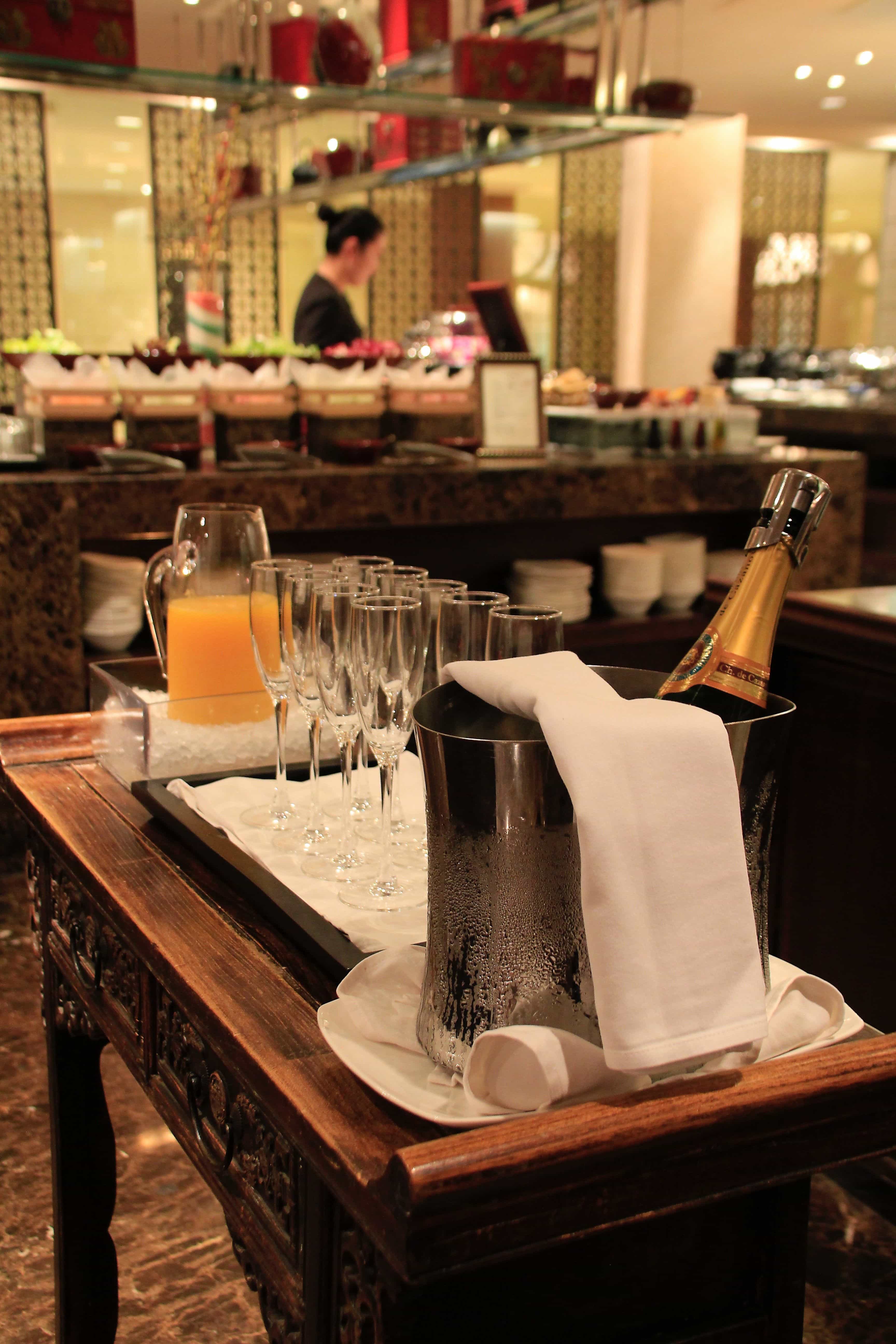 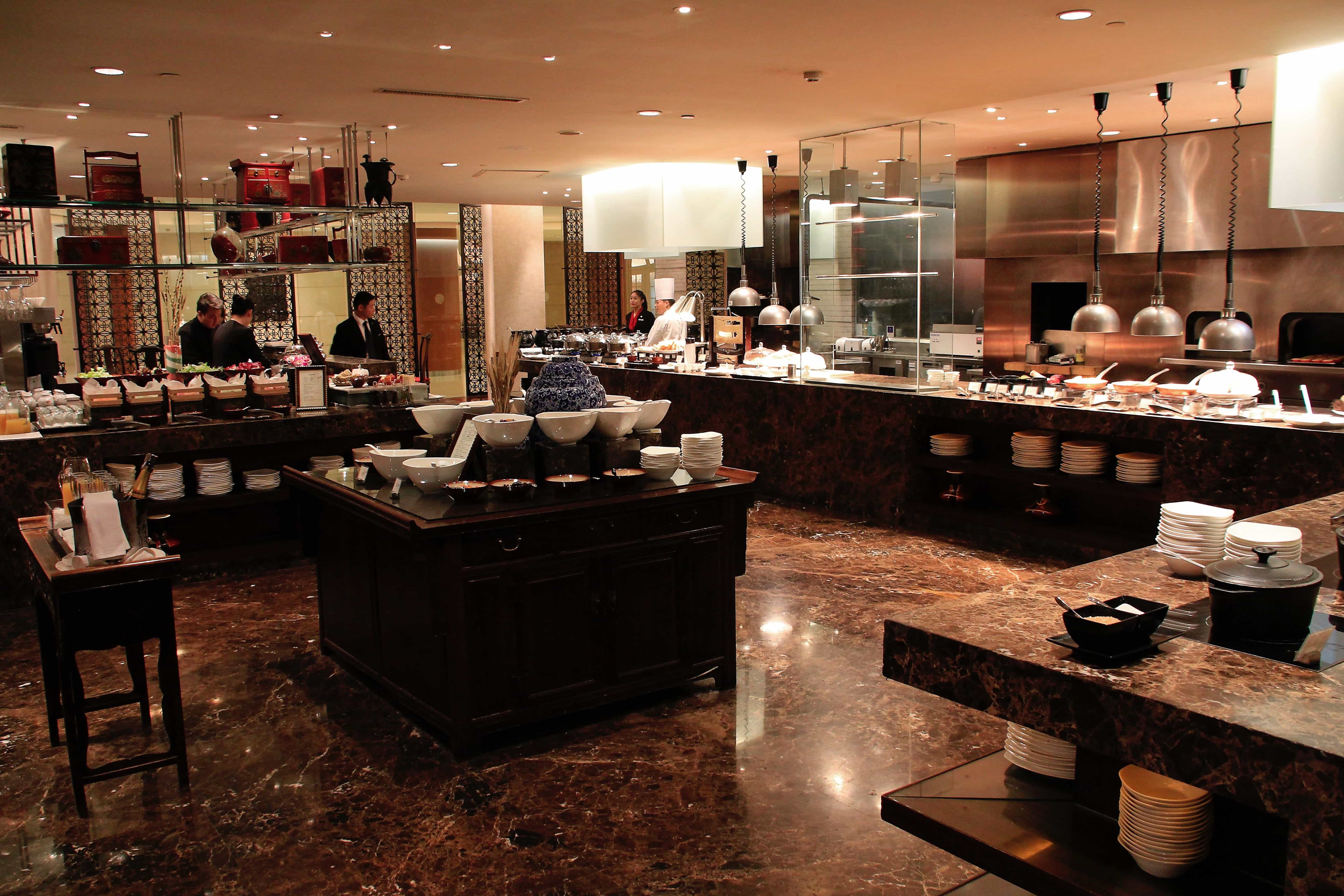 If you’re looking for warm-baked pastries and the freshest of fruits, guess what, they have it. Every hotel needs to take note of the way Raffles Beijing does breakfast. 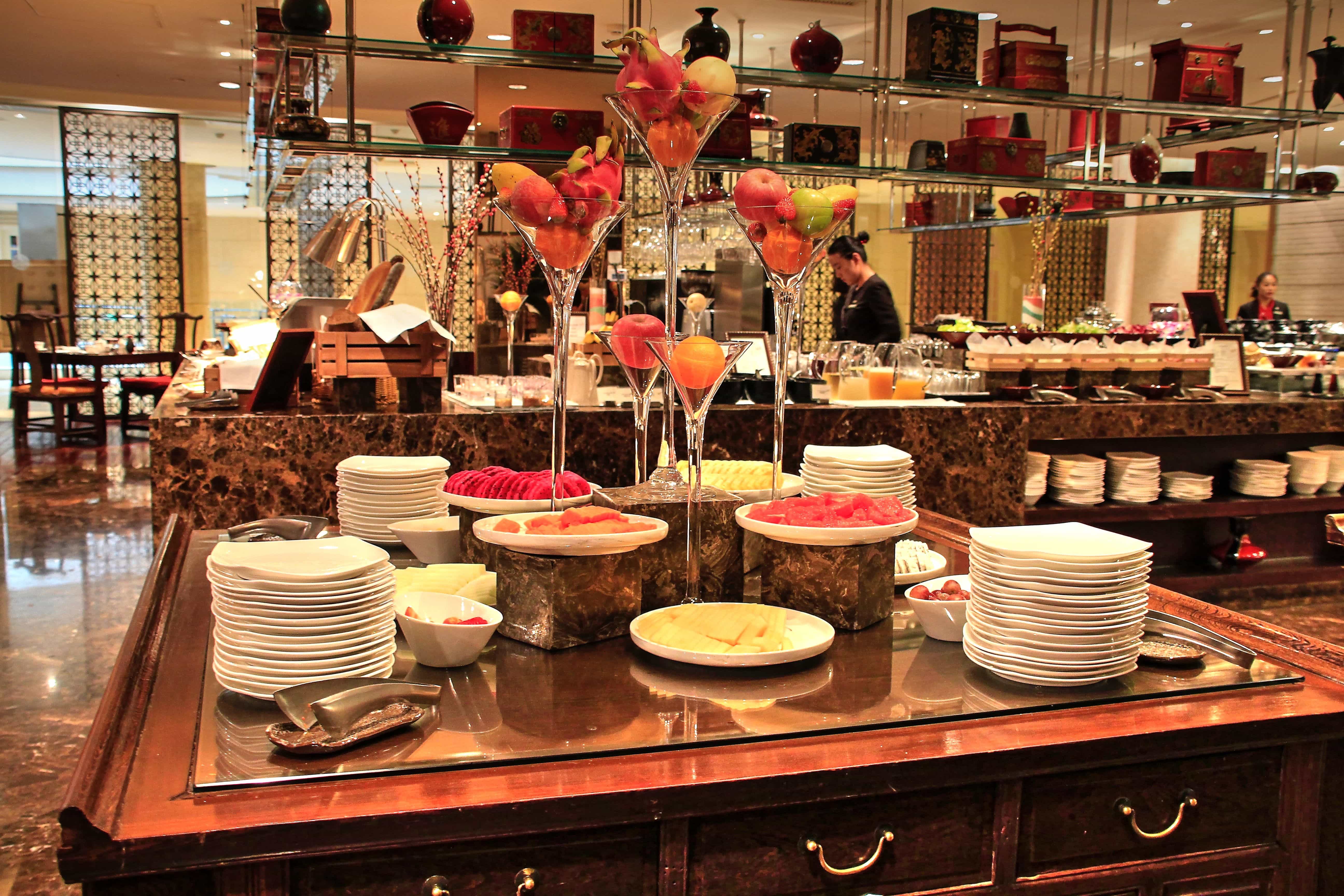 Other than an outrageous room and breakfast spread, Raffles offers quite the array of facilities — not only is there a fitness center and a swimming pool, but a hair salon too. With a conference center, business center, and ample meeting rooms, anyone visiting Beijing on work will find plenty of tools to make their stay more comfortable. 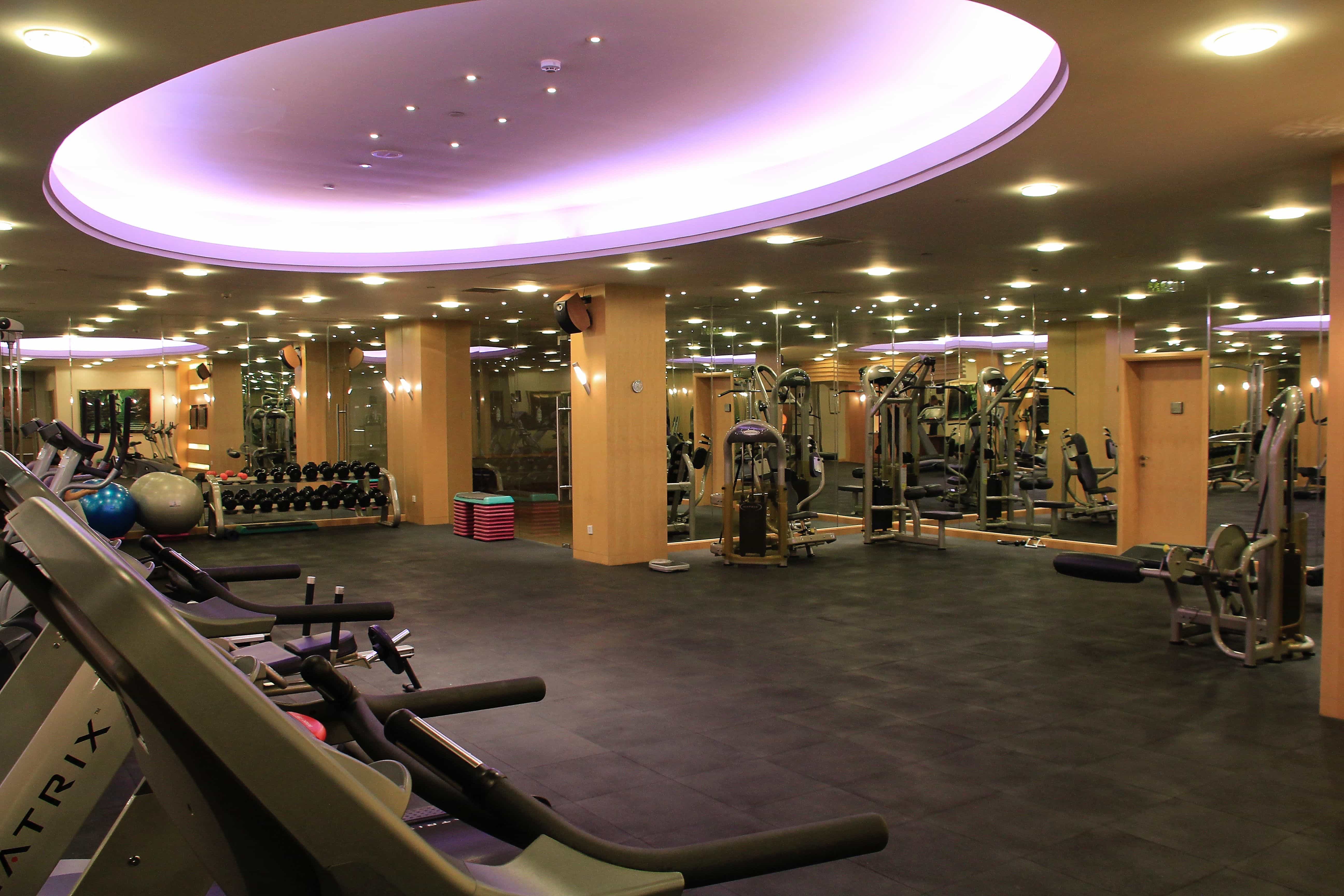 While all of the facilities and top quality amenities were much appreciated, the best aspect of Raffles Beijing is its location. Located on the “Street of Eternal Peace,” not only do you have direct access to Beijing’s top tourist attractions, but you’re also beside the popular Wangfujing district and two steps from the nearest metro station. Turn right out of the building, walk straight down the road for five minutes, and you’ll find yourself at the security check-point for Tiananmen Gate, which is not only the most famous gate in China, but the gate that provides direct access to Tiananmen Square and the Forbidden City as well. The location couldn’t have been better! 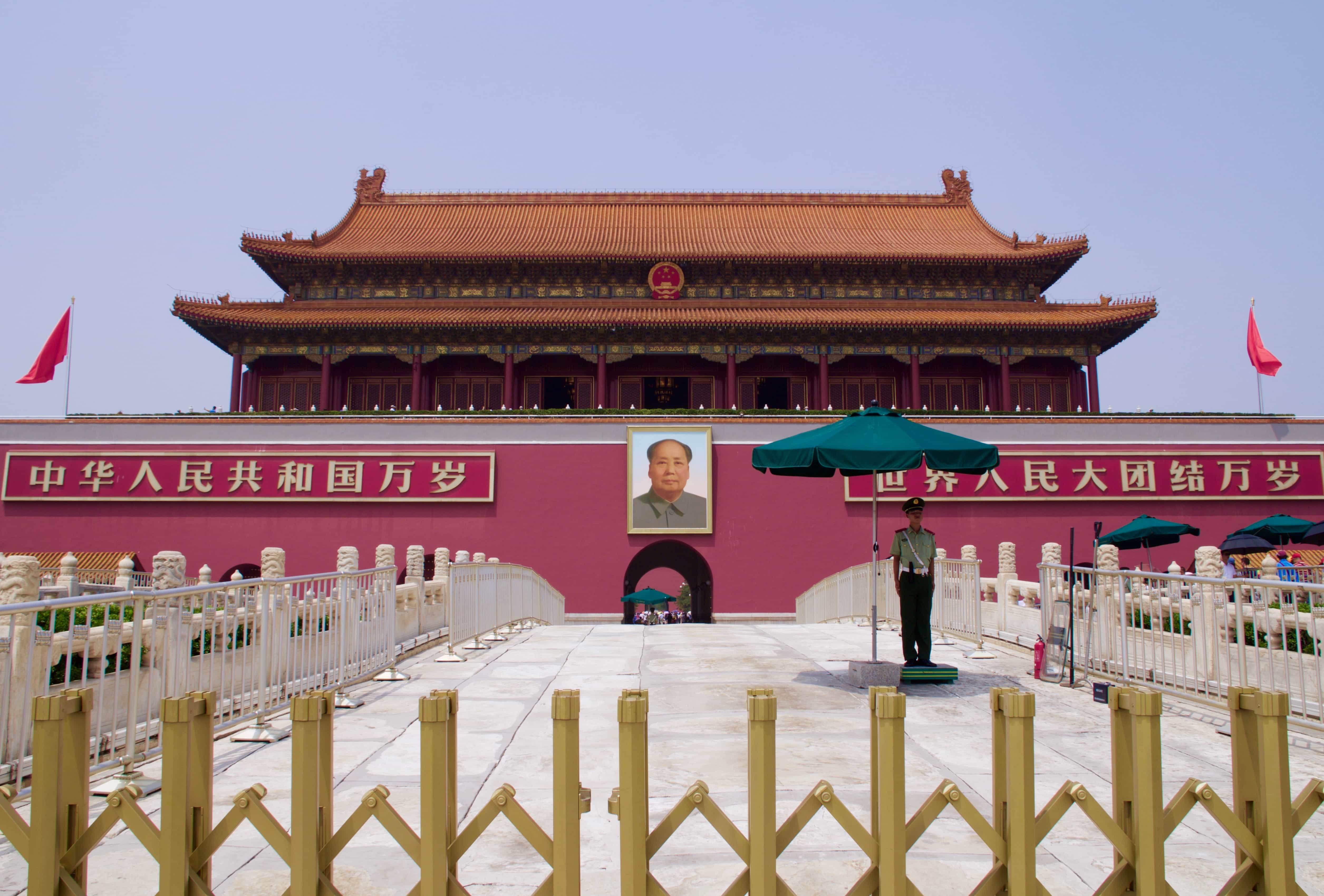 When I next visit Beijing, there’s truly no place I’d rather stay than Raffles Beijing. It’s elegance, comfort, smiling staff, and location make Raffles Beijing the not-to-be-missed hotel in China. 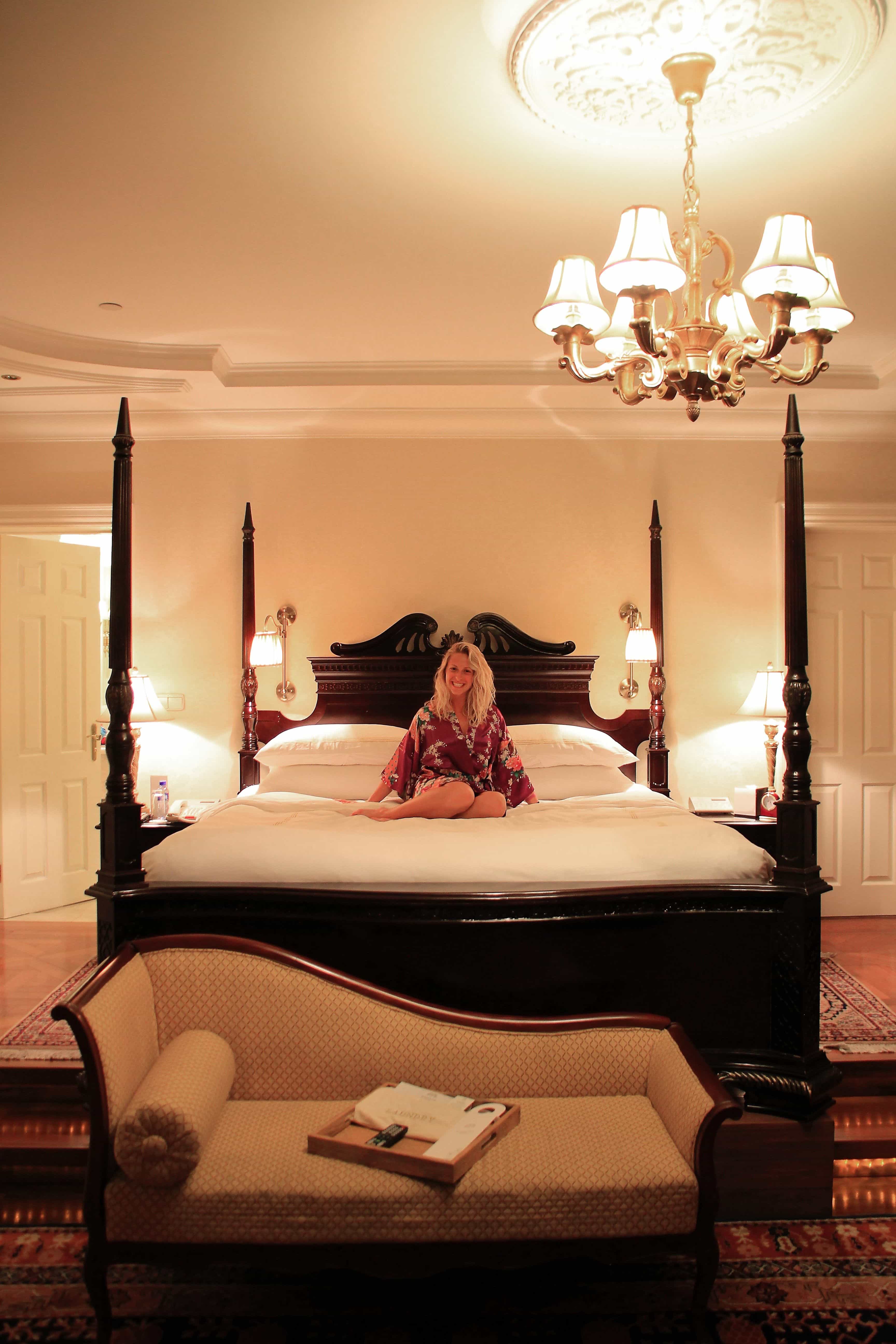 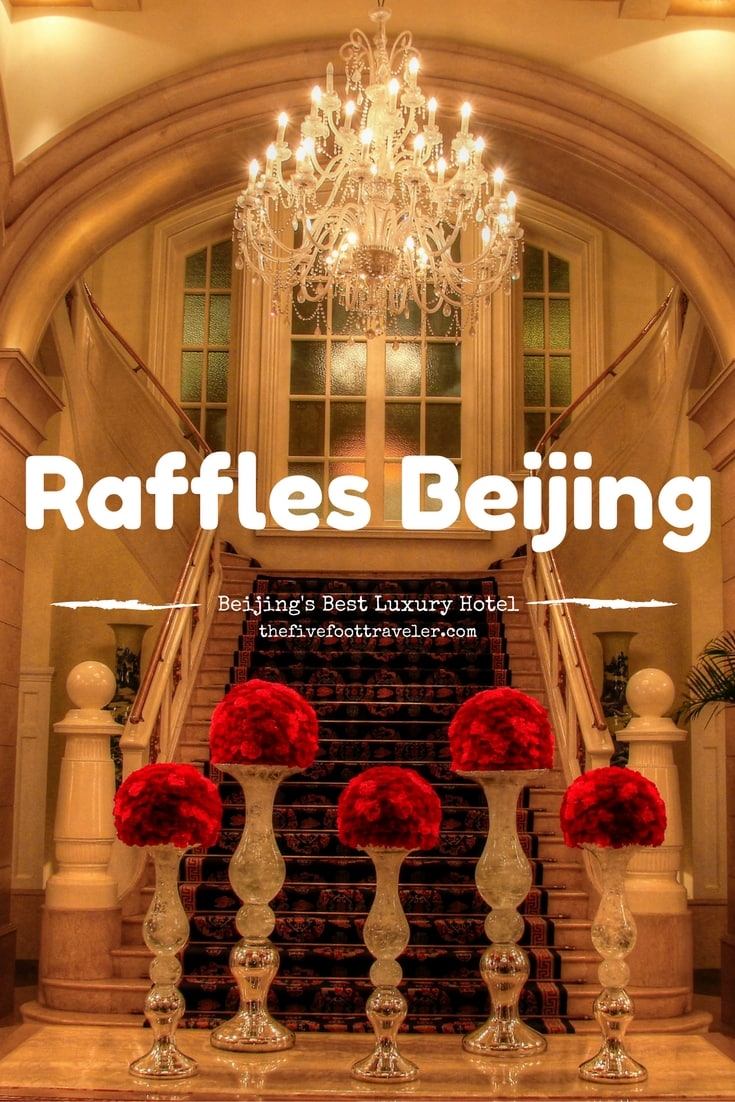 **Special thanks to Raffles Beijing for sponsoring our stay. As always, all opinions are my own.