A Day in the Ngorongoro Crater 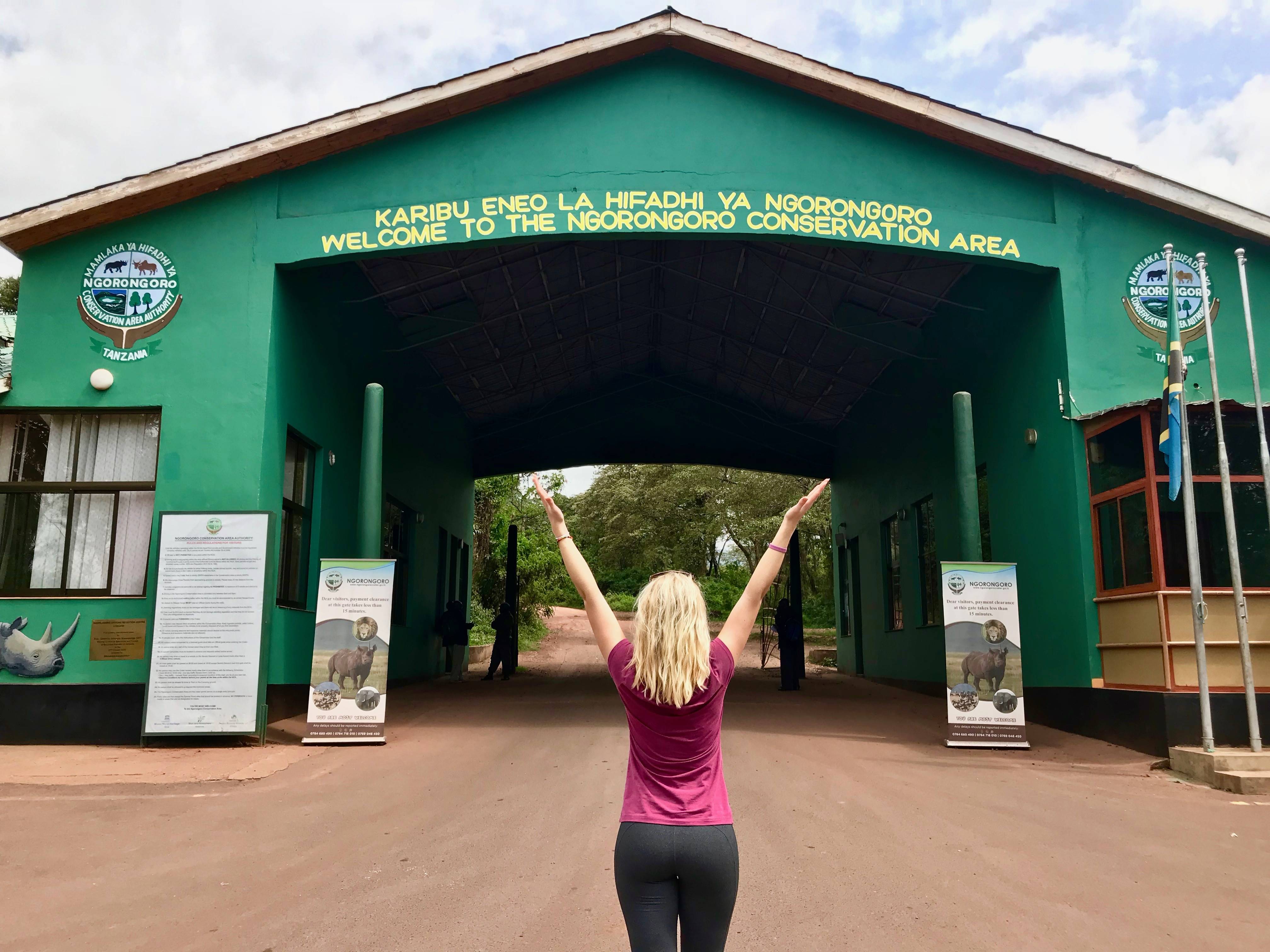 The following day we awakened early and left right after breakfast to start our drive with Pristine Trails to the Ngorongoro Crater. Along the way we saw even more elephants and their adorable little ones, a few more male lions sleeping on their backs on some large rock formations, zebras, wildebeests, elephants, and other animals at a watering hole. The highlight was definitely seeing 4 tree lions! I never knew that some lions casually rested in trees. 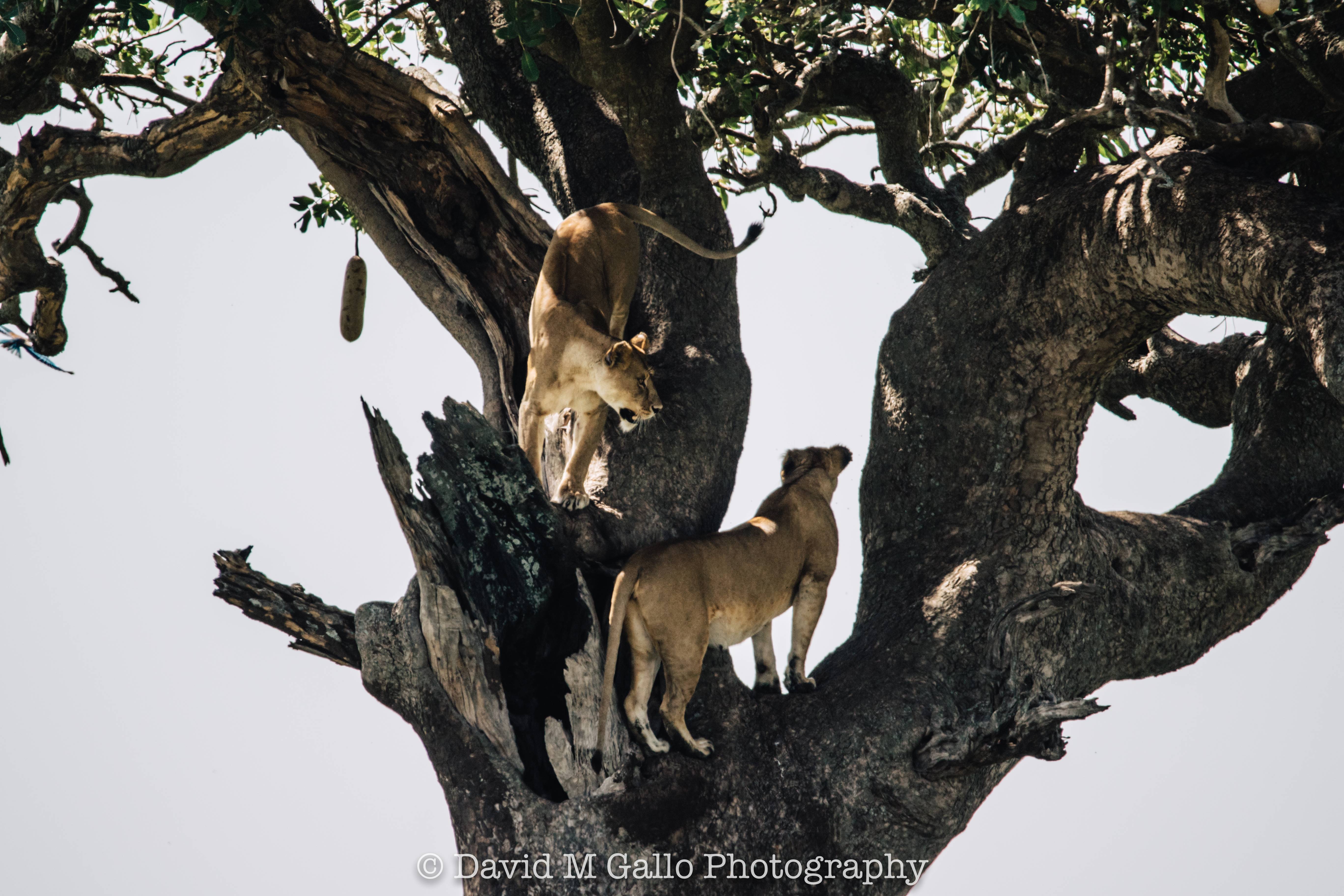 On the way to the Crater, we stopped at a Maasai Village to learn some more about their culture. While it was a tourist trap, it was very interesting nonetheless. 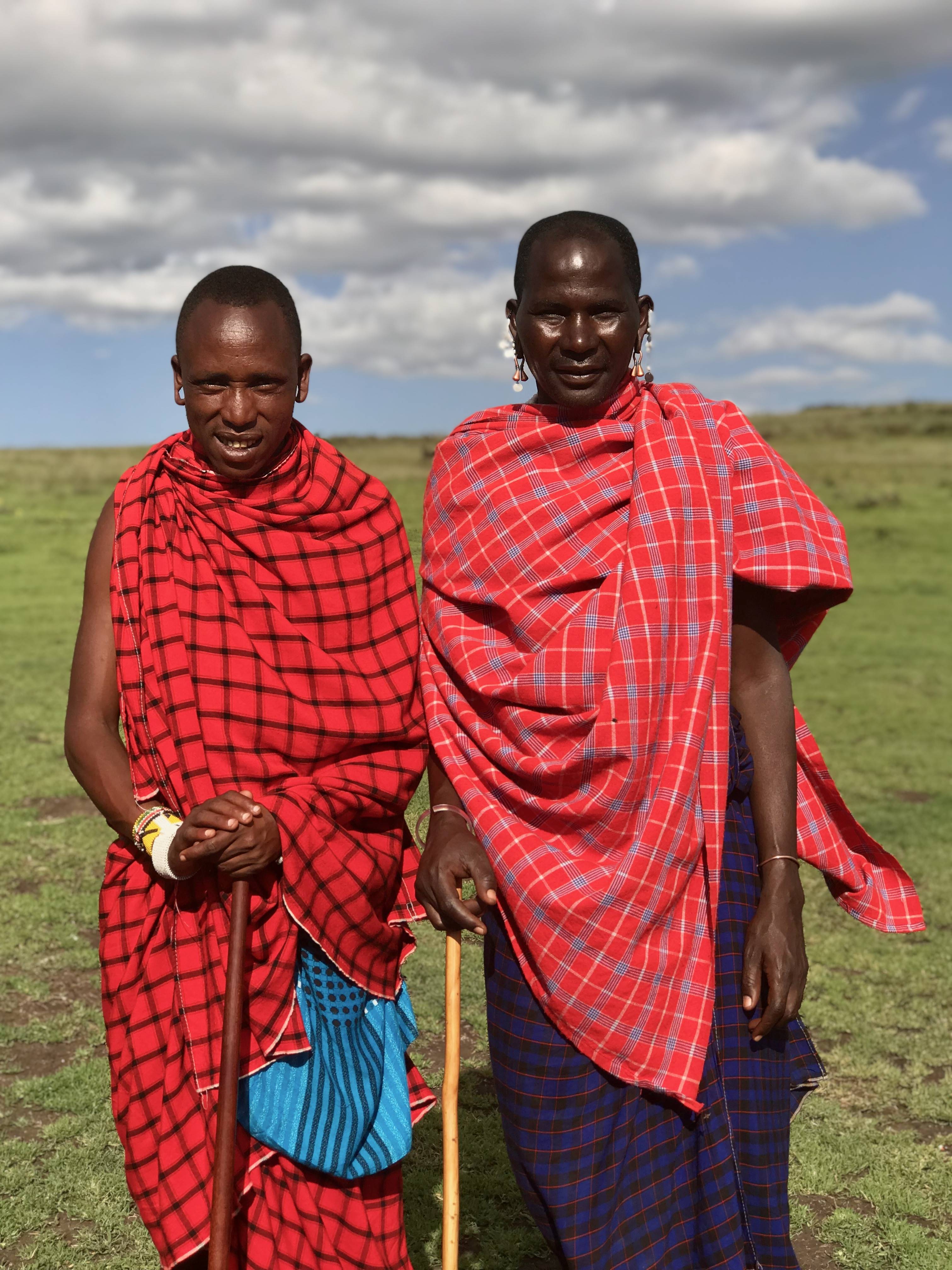 We were each assigned a family to learn about, and we discovered that this particular tribe didn’t eat any vegetables; they began their mornings by drinking animal blood mixed with milk, and ate meat throughout the day. They do not, however, kill any wild animals, simply their cows and goats as they live in harmony with wildlife. 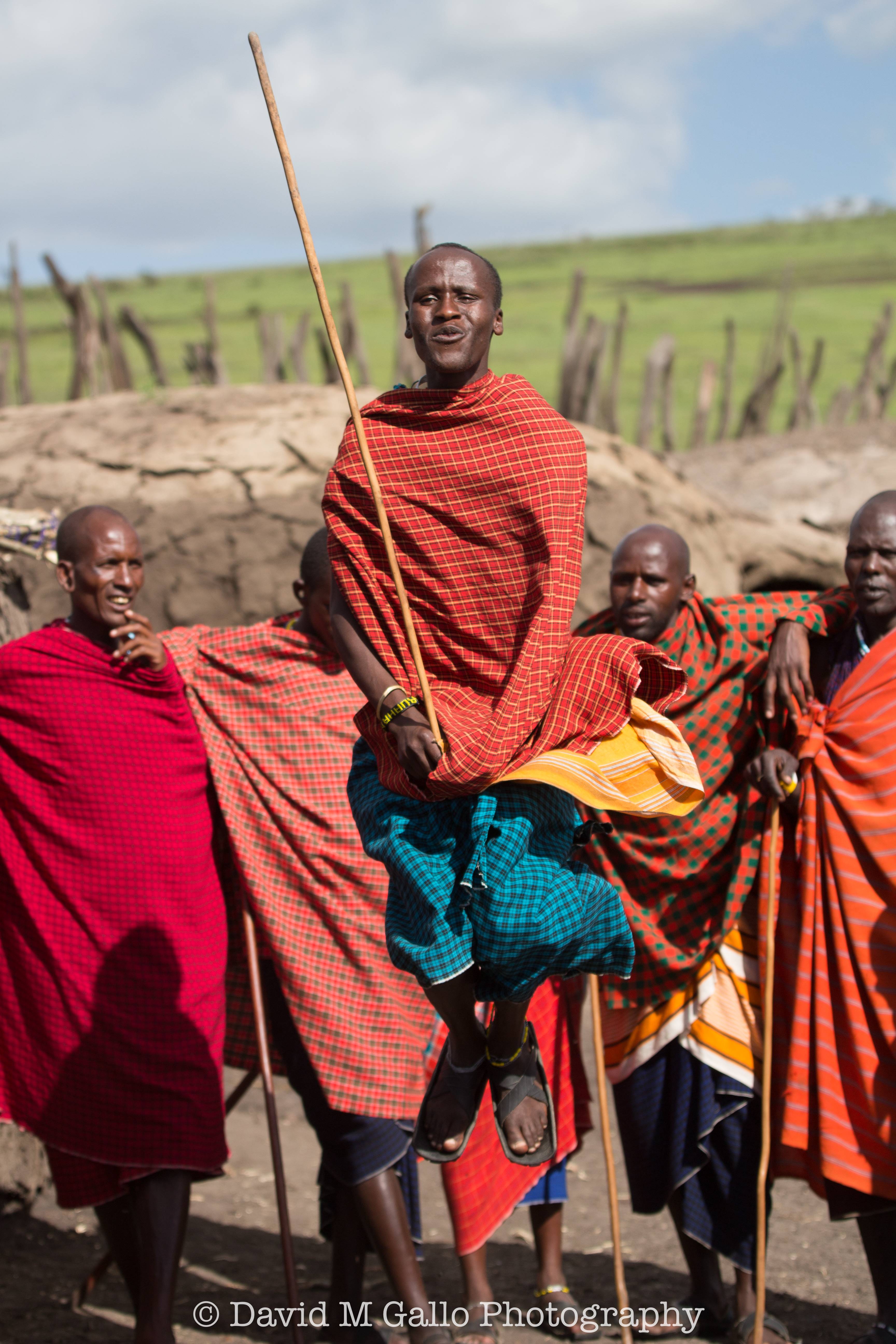 In addition to being a nomadic people, they’re also polygamous. While women have to be monogamous, the men can have as many wives as they’d like. A woman’s value is determined by how many cows and goats she’s worth — apparently I’m worth 100 cows! 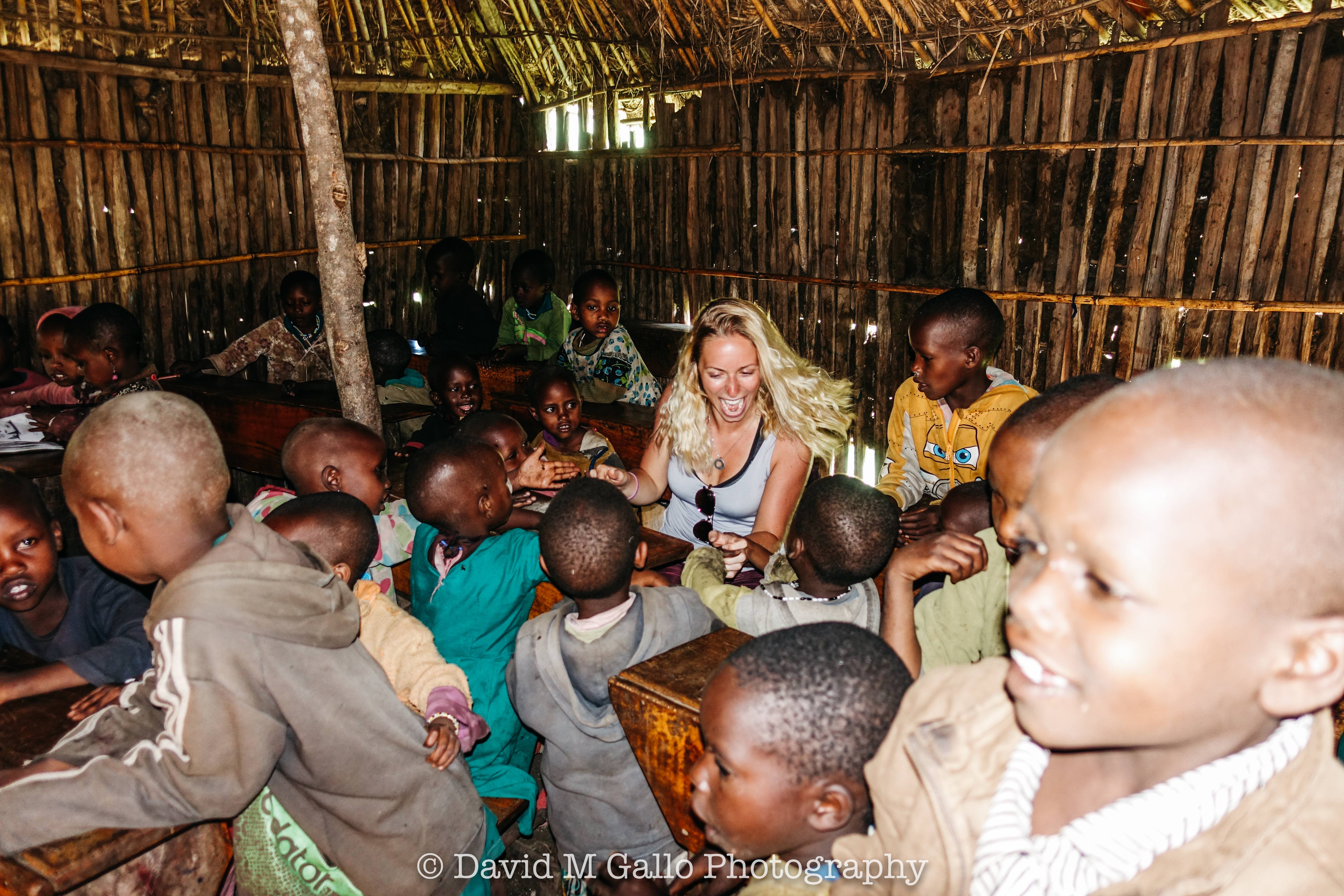 Late in the evening, we arrived at the classy Serena Lodge overlooking the rim of Ngorongoro Crater. 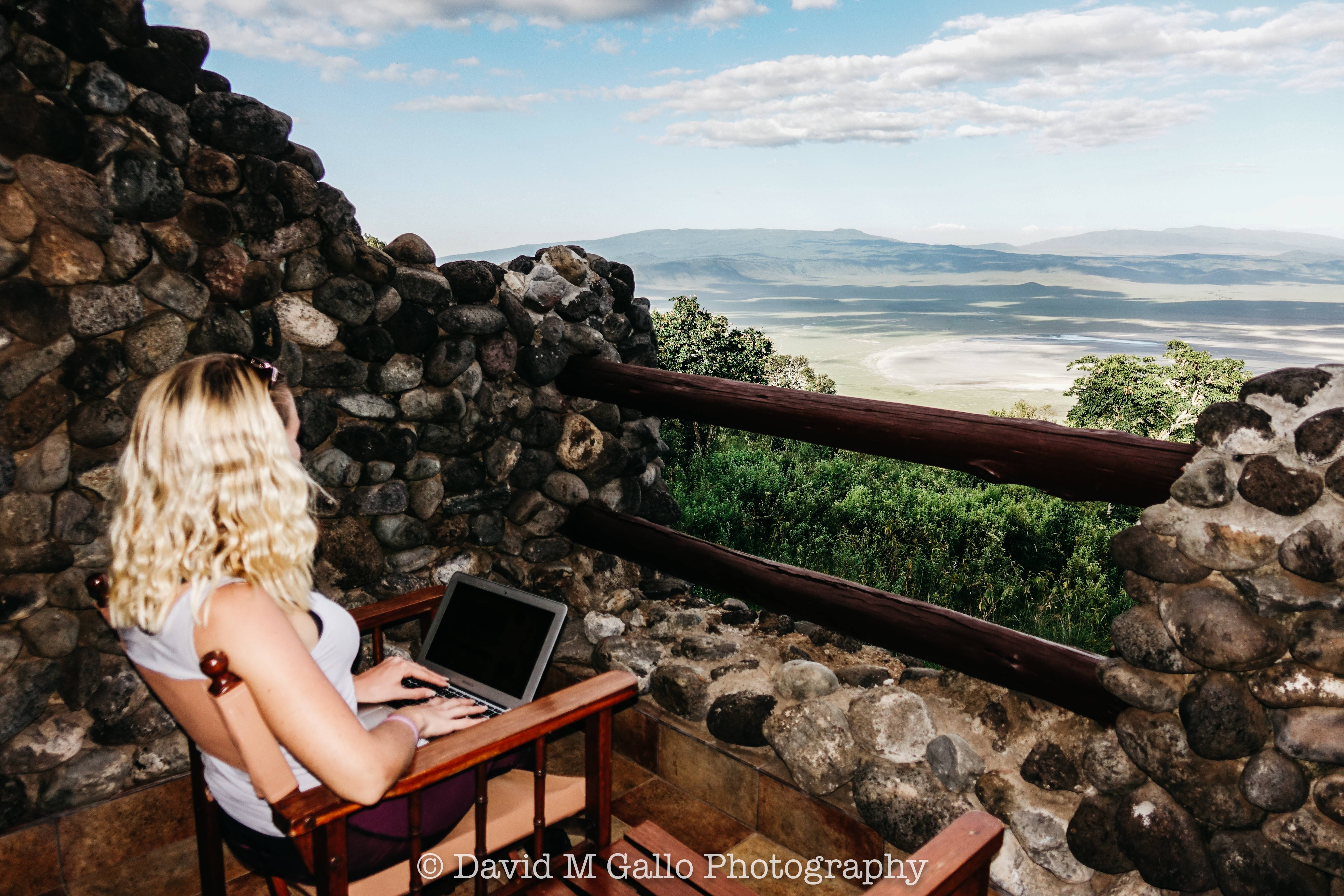 Another fabulous dinner, and another night I was asleep before 9:30pm. Who knew game drives were so exhausting even though we're not driving and only looking for/at wildlife?! 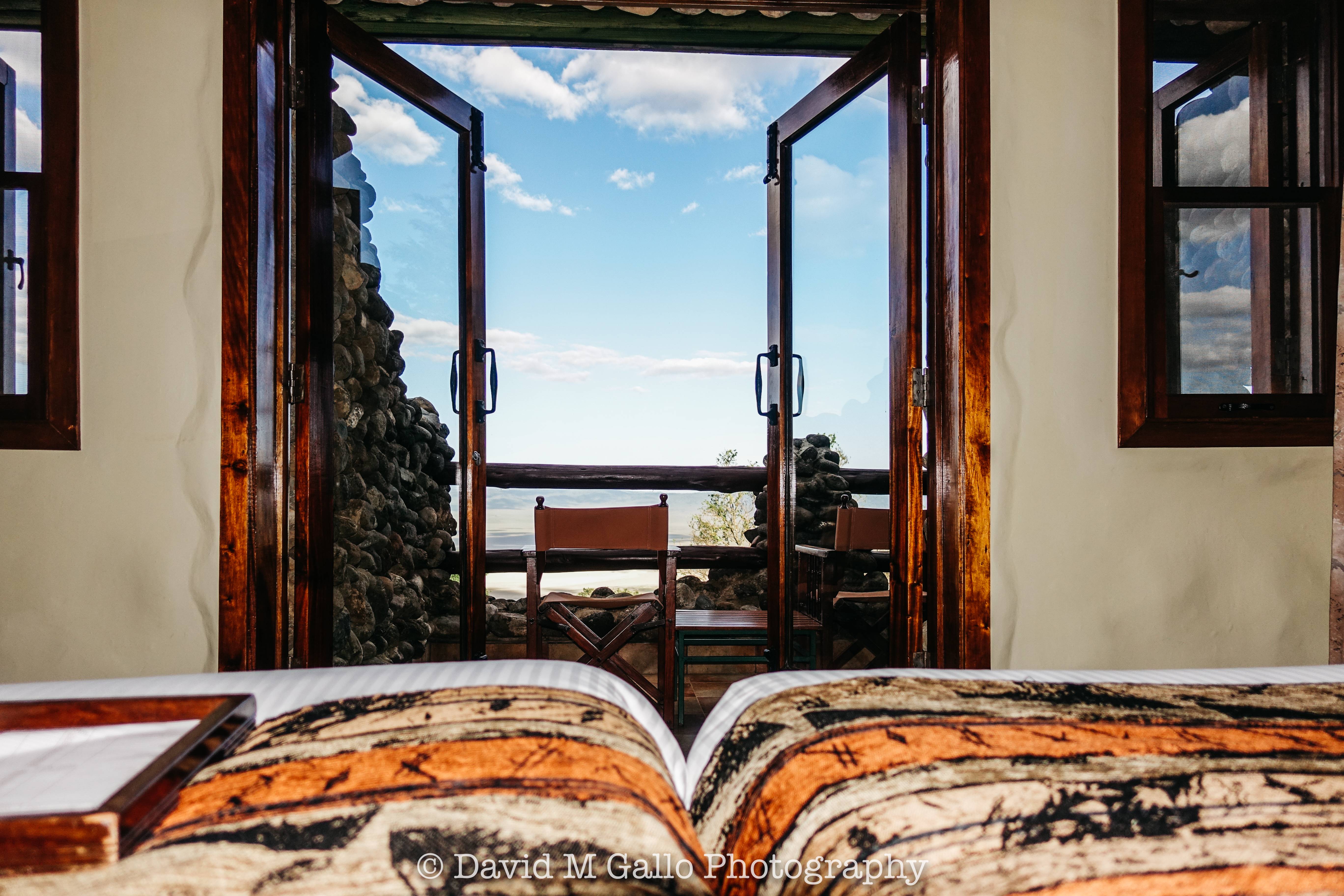 Our final day of game drives began with a 5:30am breakfast (which was delicious), and a stunning sunrise over the crater! 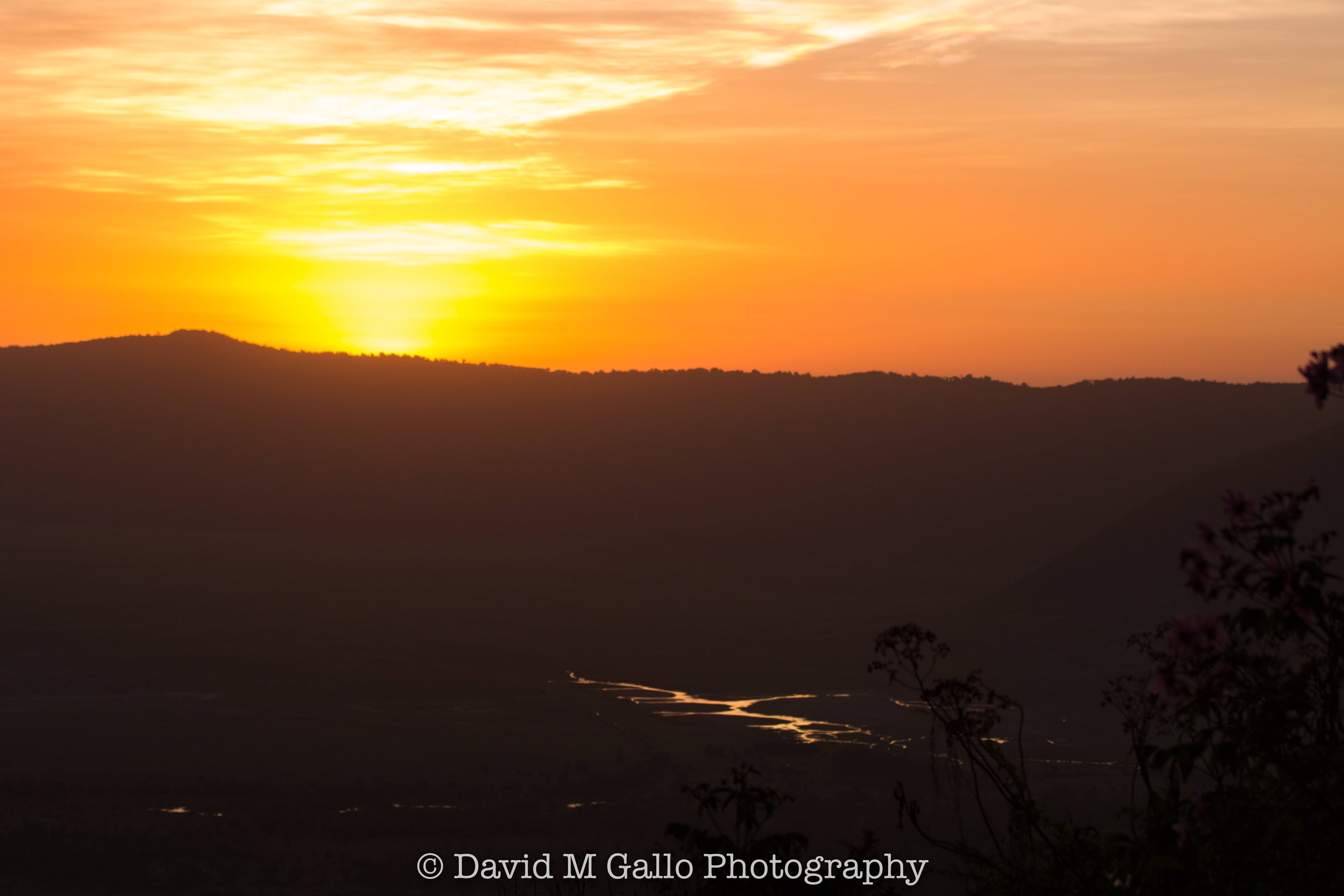 We were one of the first cars to drive the 610m down into the crater once it opened, and our very first animal sighting were 3 female lions. 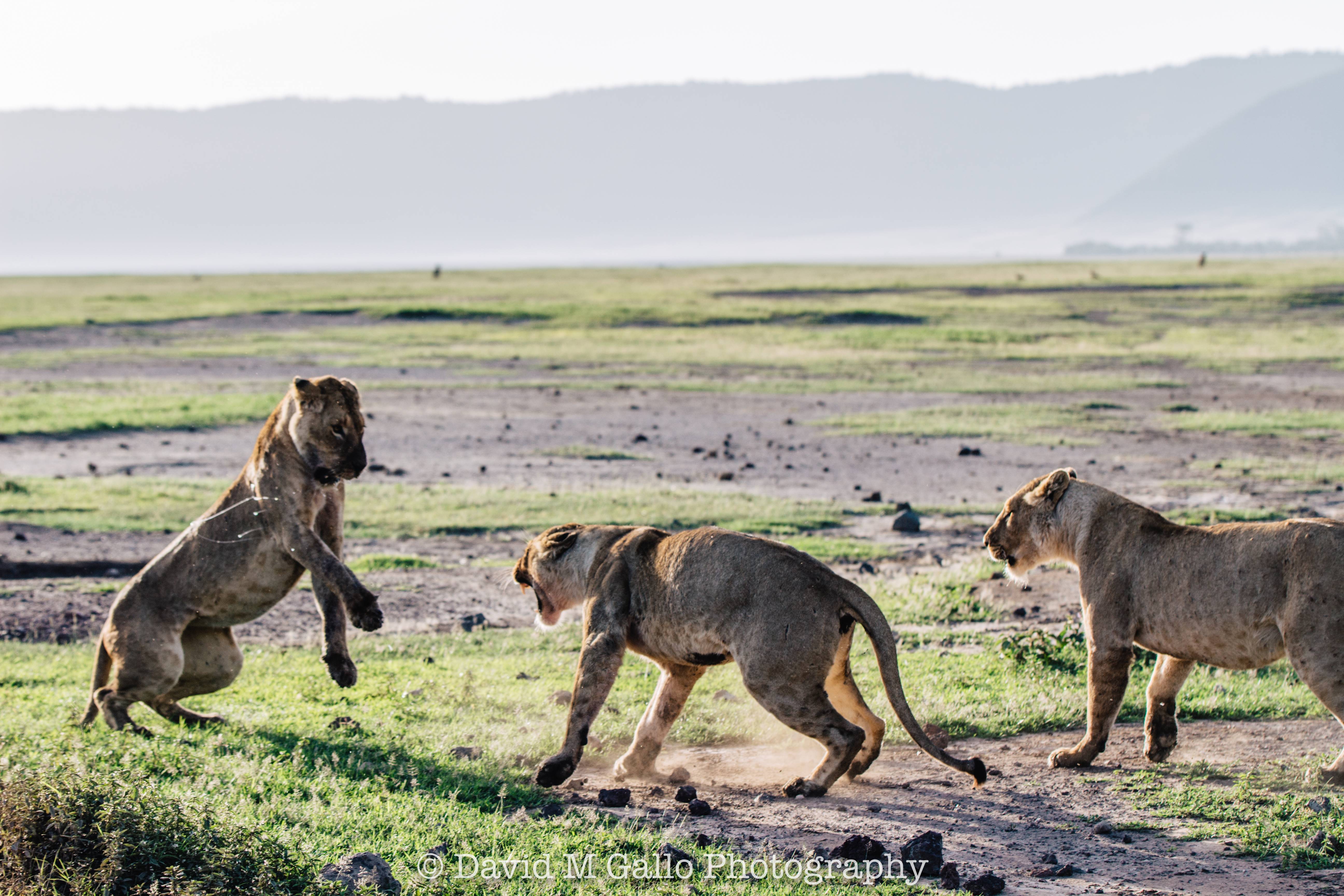 One was drooling a bit, and Peter from Pristine Trails told us she had likely just eaten. 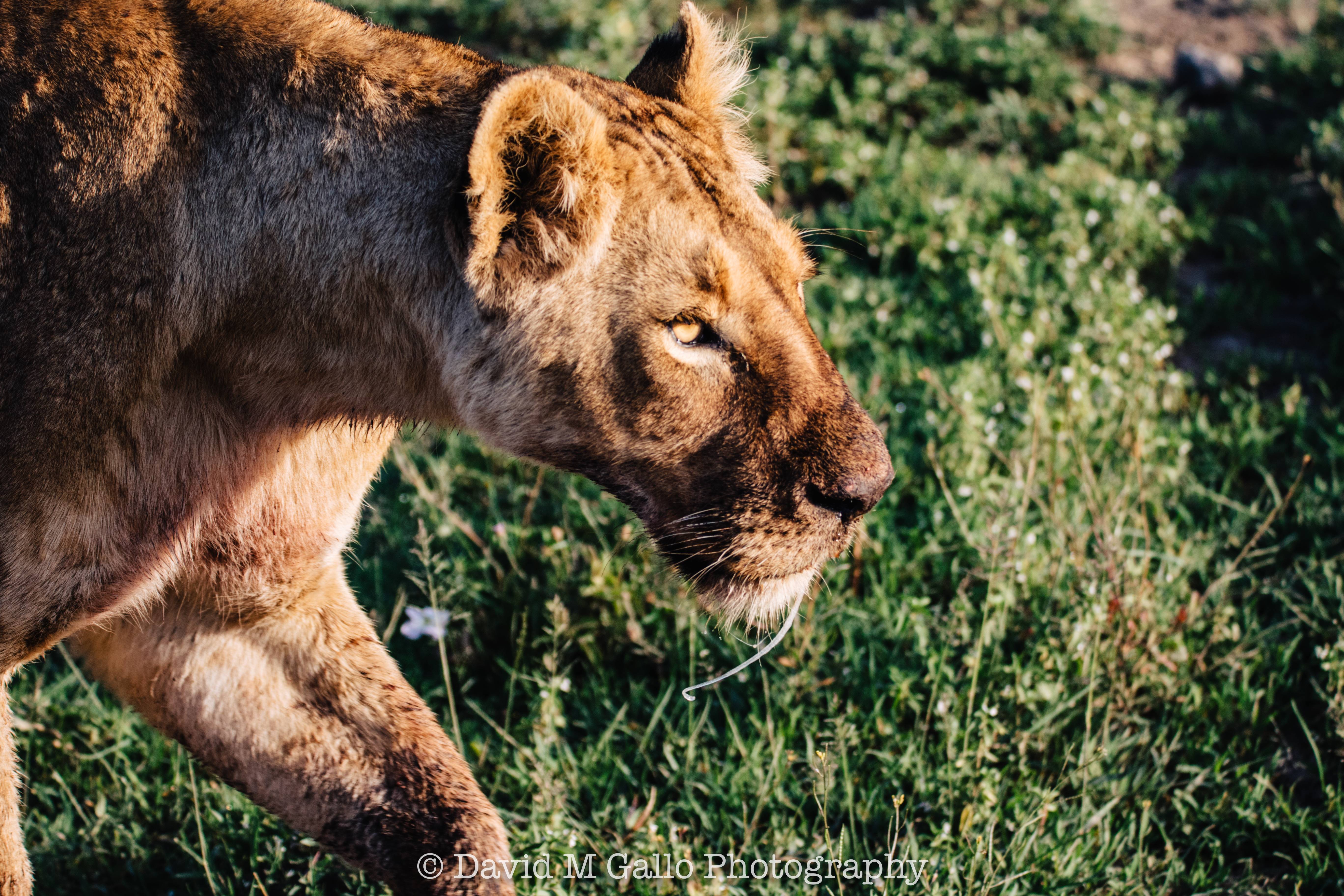 Once again we were disappointed to have just missed a kill. They wandered next to our truck (I could have reached my hand out the window and pet one had I wanted to be stupid enough to take that risk), and crossed in front of our vehicle. 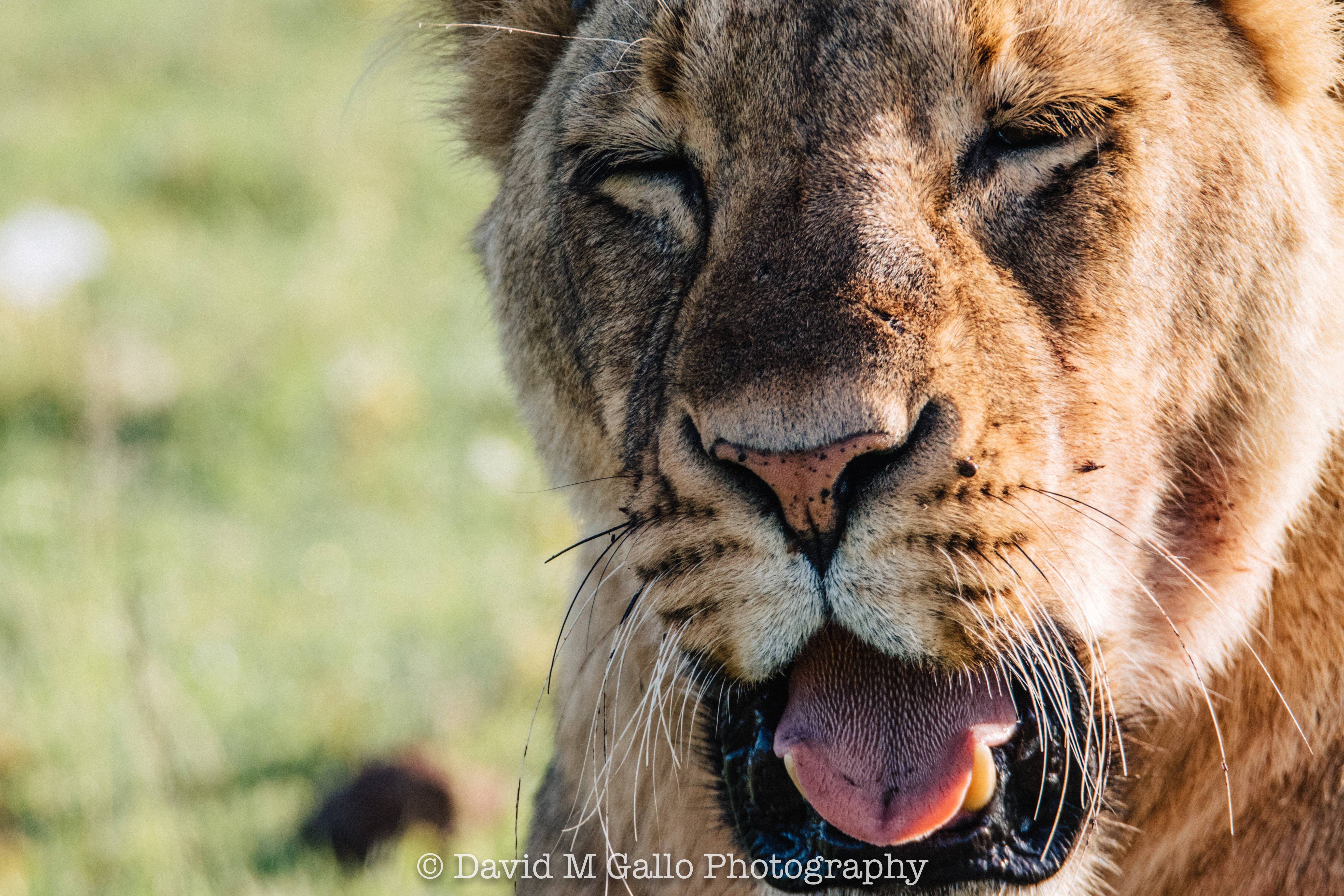 One of the three lionesses walked away for a drink of water, and a fourth female lion came over to the remaining two. 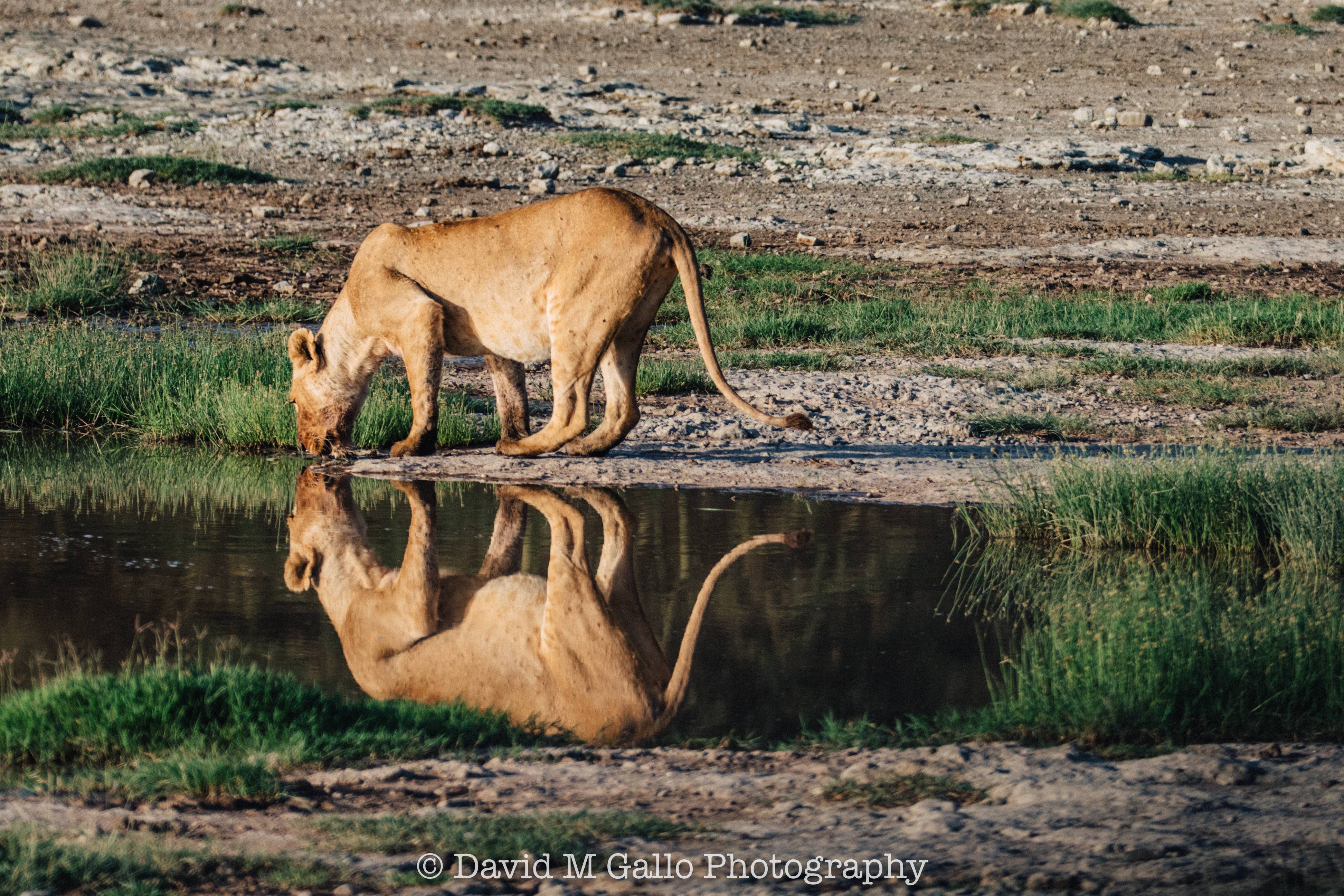 We were captivated by the dynamics and behaviors they were exhibiting: the first two didn't seem to want the new one around them. All of a sudden, we heard these deep, guttural growls, as one lion tried to intimidate the other, the “new” one's body language became one of submission as she realized she was not welcome. 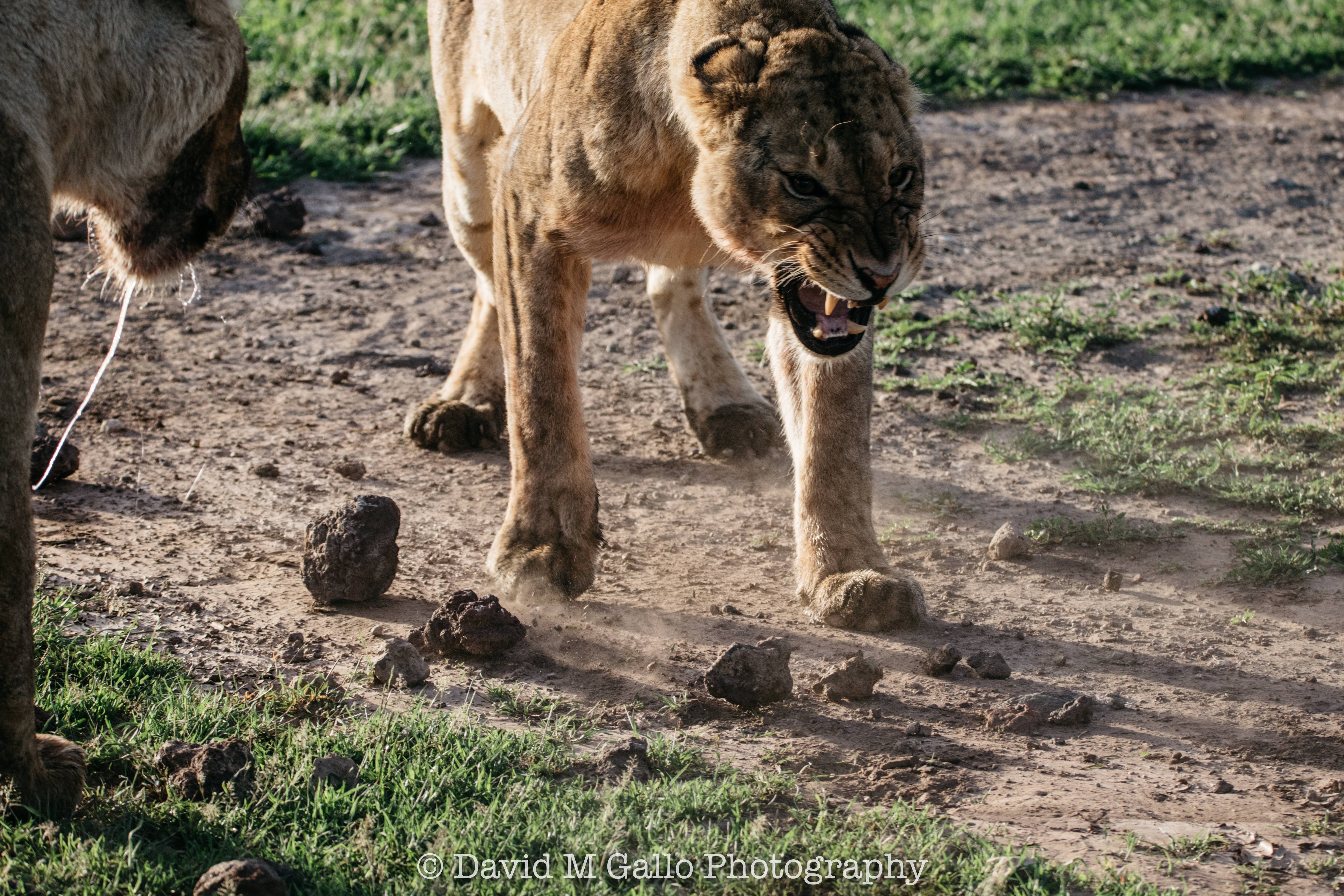 Wow! Talk about wild?! We continued driving through the crater, searching for the elusive rhinoceros. Although we didn't see one up close with the naked eye, Peter observed one way out in the distance and we could just barely make it out using binoculars. 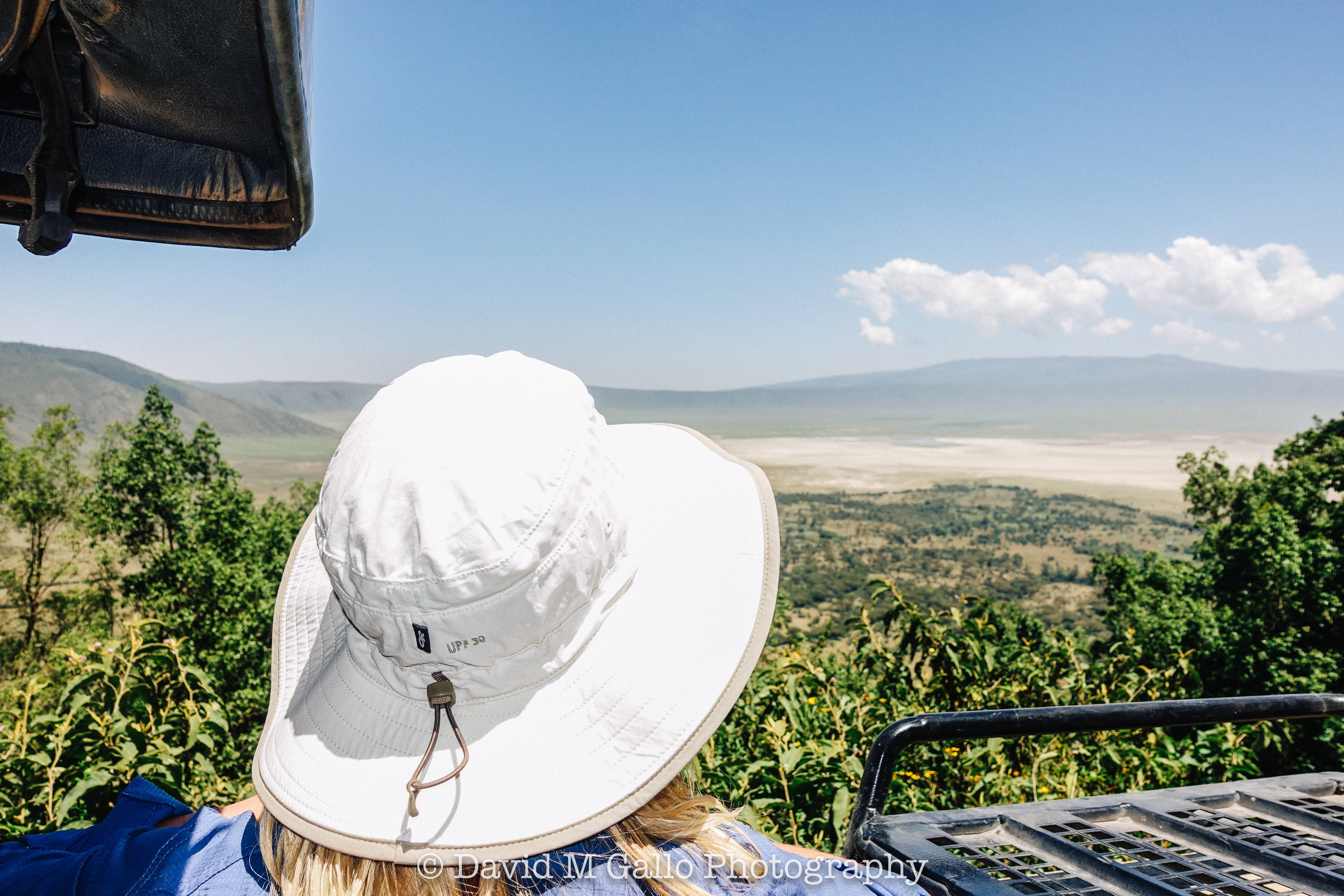 Before we knew it, the time had come to exit the Ngorongoro Crater, but just before starting the drive up, we witnessed 3 baby wildebeests being born just minutes apart. Even though they were pretty far from the truck, we were able to see how quickly these newborns got to their feet and began wobbling around trying to get the hang of walking. I have to say, it was pretty impressive how easily they learned to be steady on their feet. 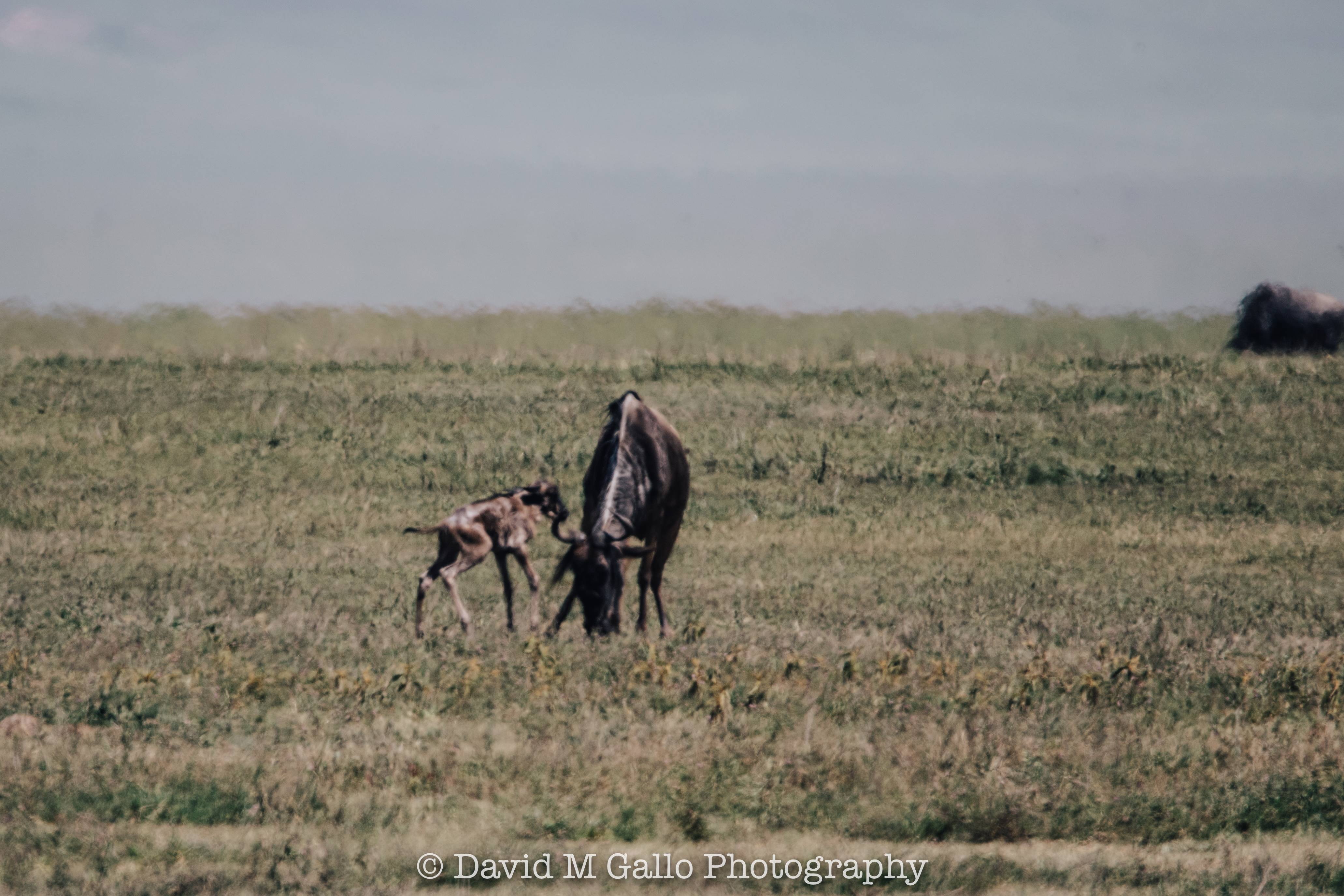 The following morning, Peter dropped us off at the airport and we were all sad to say goodbye since he was such a wonderful guide! Our week with Pristine Trails couldn't have gone more smoothly, and we're so grateful for the memories of our time in Tanzania. My mom and I both bought beautiful Tanzanite rings (this semi-precious gemstone is only mined in Tanzania) so we'll always be reminded of the amazing experiences our family shared in this very special country. 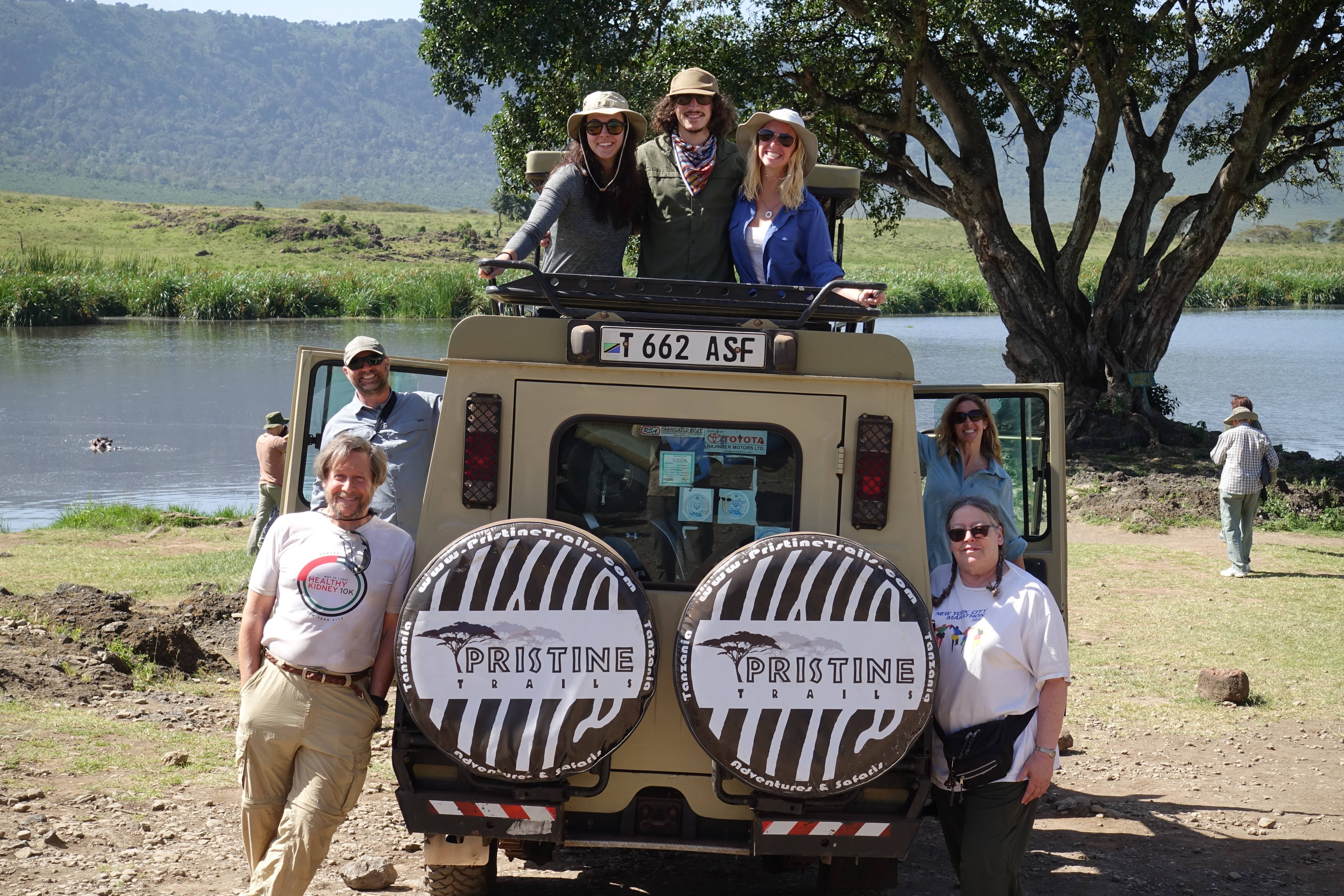 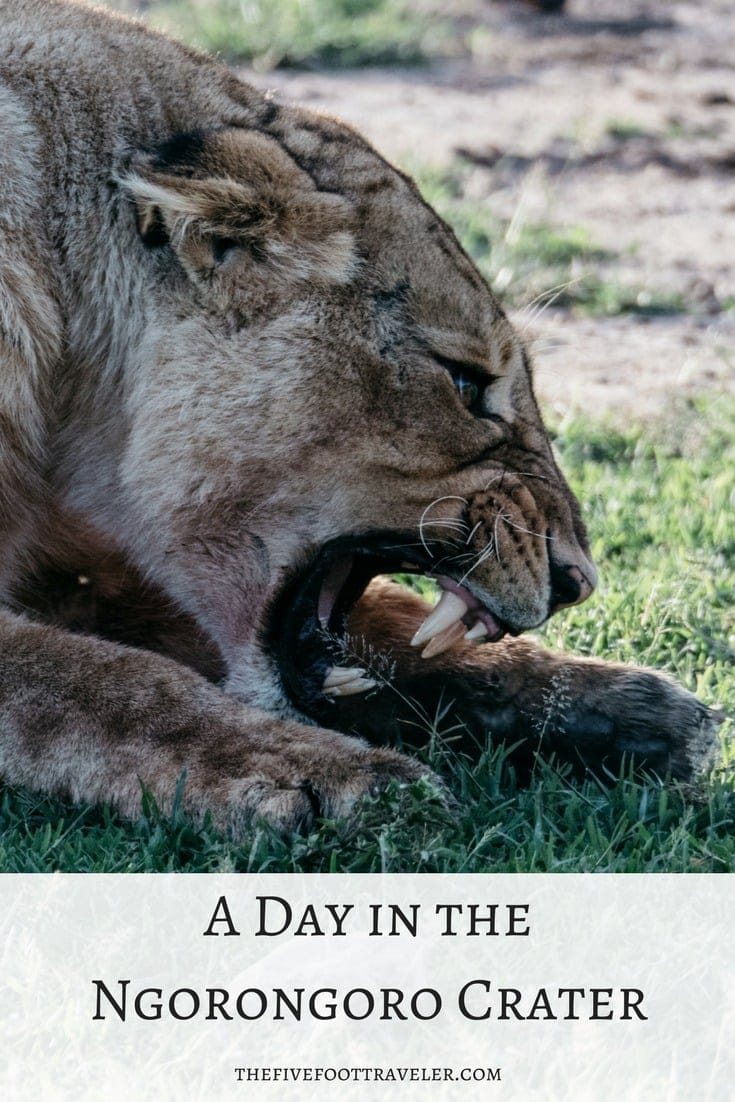