One Day in Lake Garda

Because we loved the Dolomites region so much, it was with sadness in our hearts that we departed Cortina for Italy’s Lake District. We realized that our drive to Lake Garda was longer than initially planned, but it was easy enough as we were surrounded by lovely mountains and scattered abandoned Italian castles. 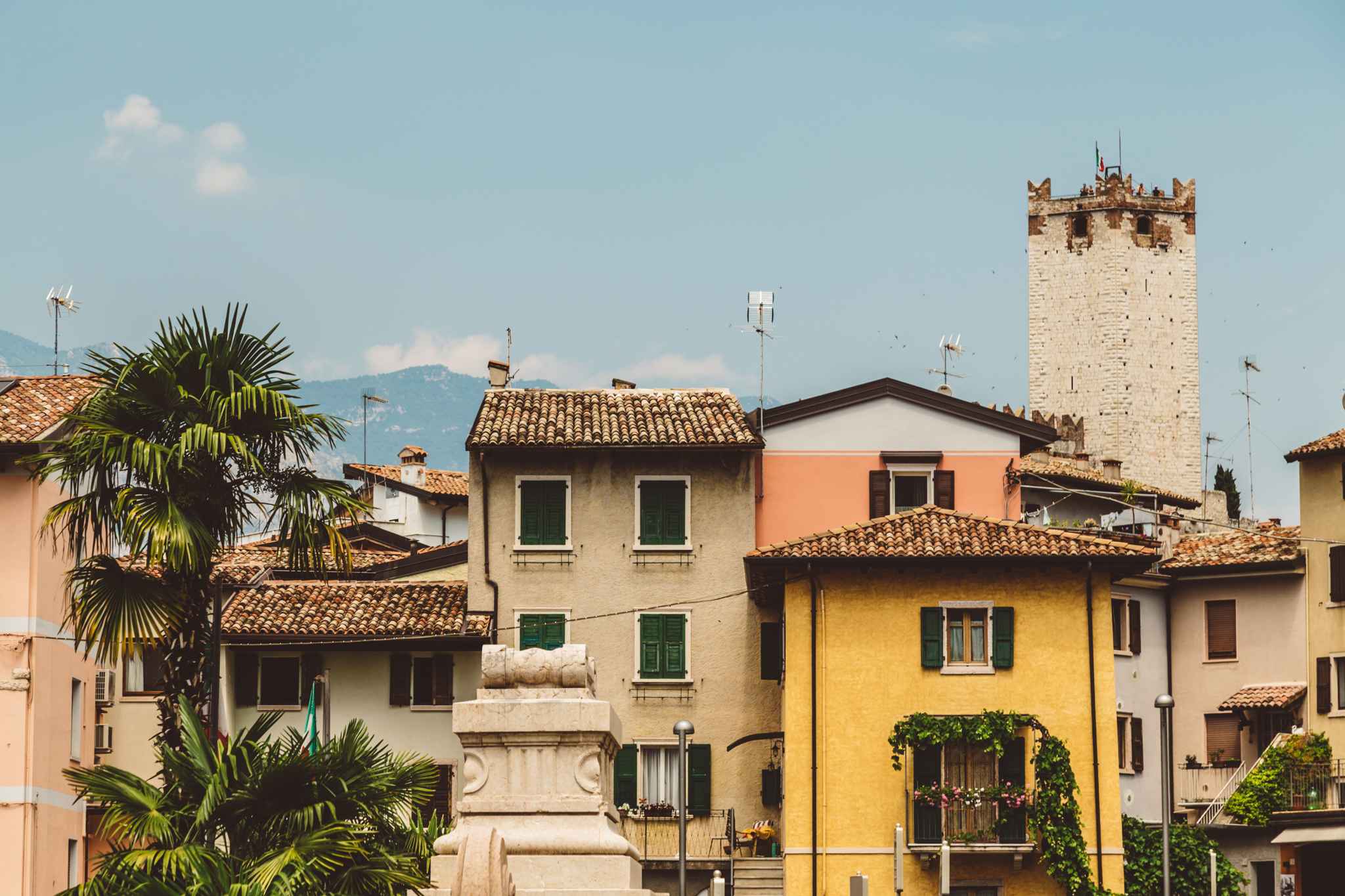 At last we reached the top (north) end of the lake and were rewarded with another beautiful vista very different from the mountains we had just come from. Despite the fact that the heat created a haze that restricted our view, the gorgeous color of the water was unmistakable, and we could see lots of people enjoying their Saturday of leisure by the lakeshore and in and on the lake itself (look at those windsurfers!). 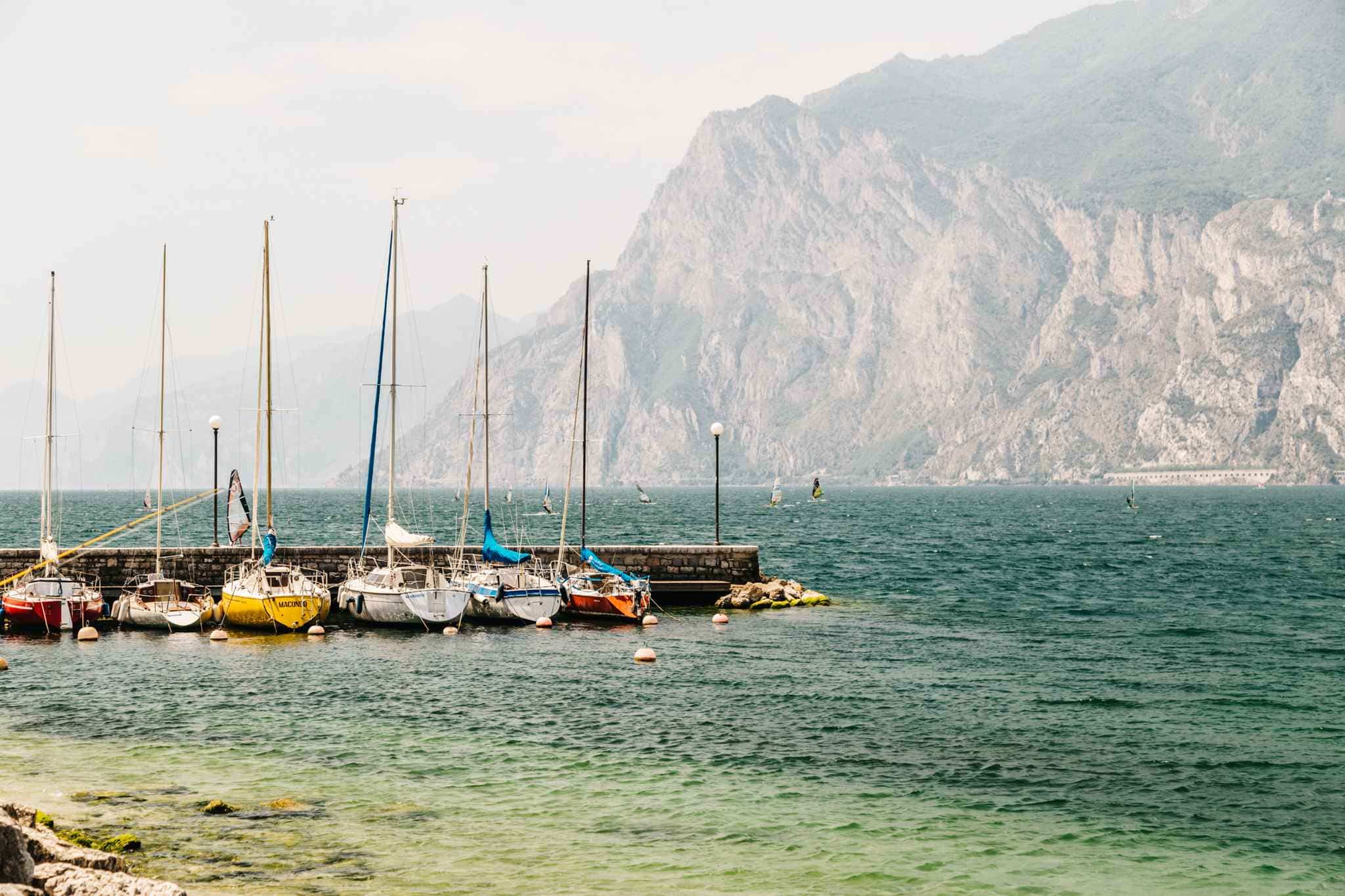 About a quarter of the way down the eastern shore, we stopped in the town of Malcesine seeking out Castelo Scaligero. After a lot of walking in the heat we found the entrance, and it was worth it. After all, how often do we get to explore an 800-year-old building? I dare say there are not too many in New York. 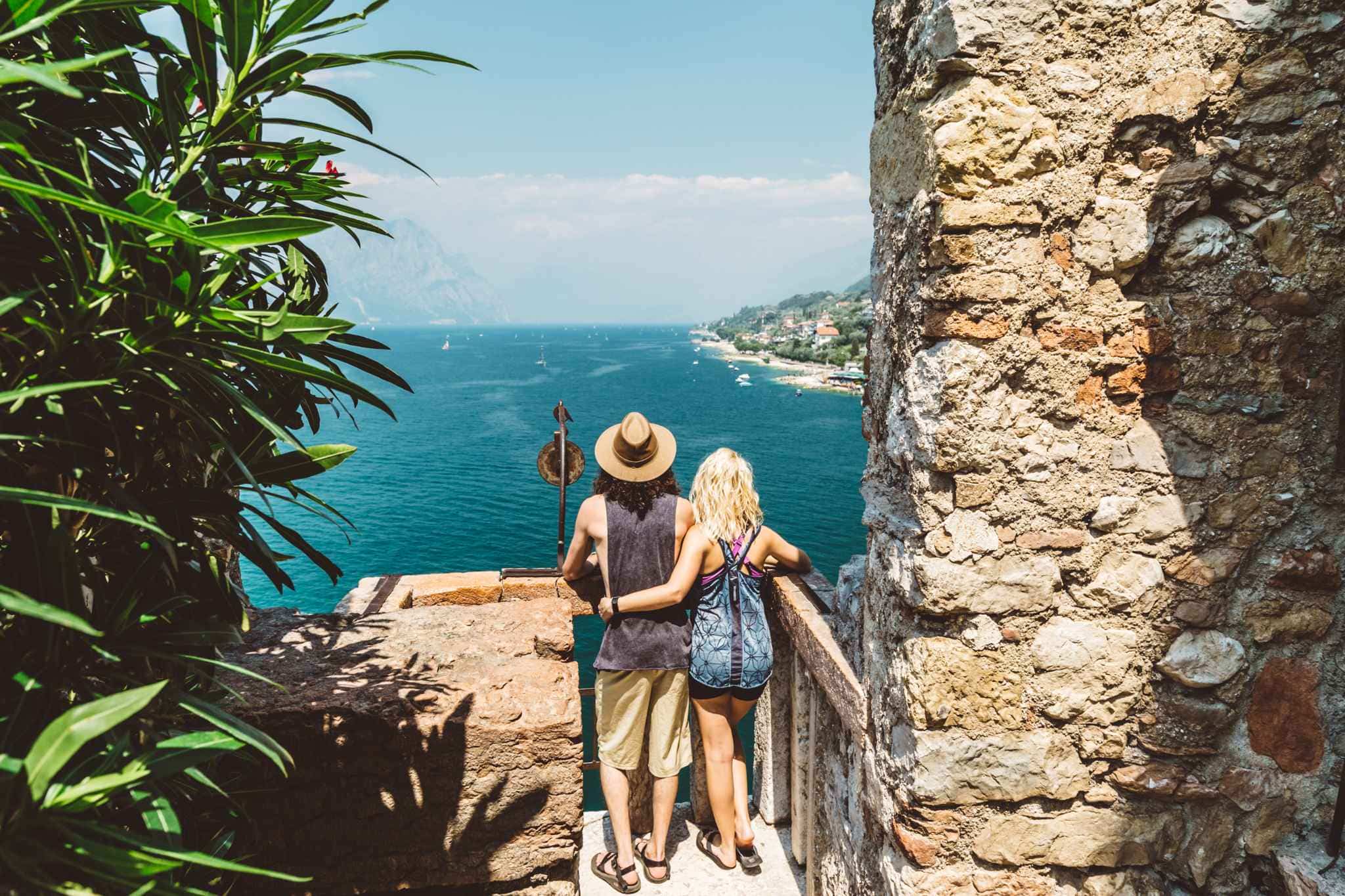 The Scaligero family must have been quite well-off as there are four castles in the region bearing their name. Back in the day this part of Italy was ruled by Venice (as exemplified by multiple images of the Venetian winged lion), and the Scaligeros renovated this particular castle around 1300. A 14th-century fresco is preserved within. 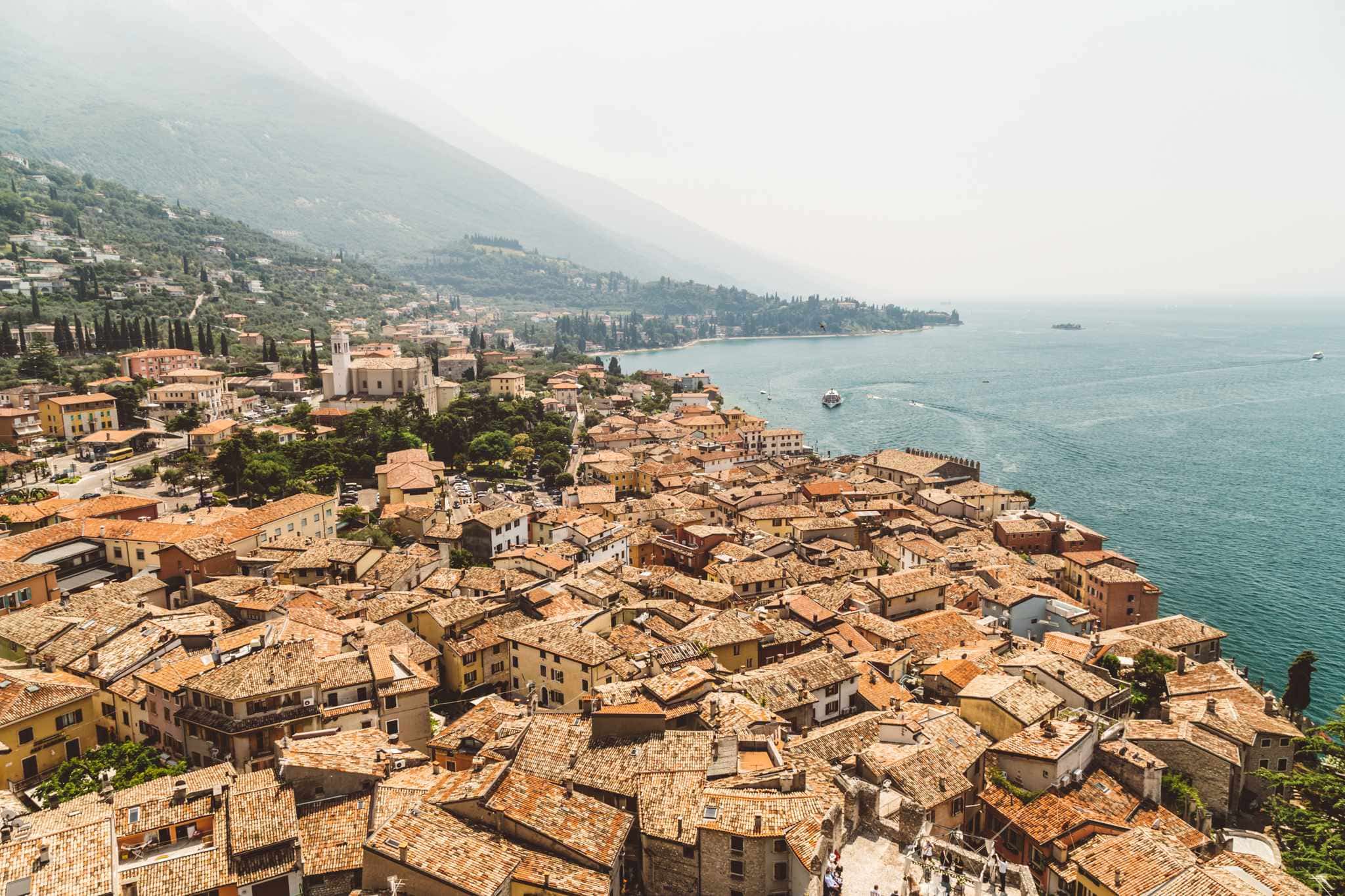 Continuing along the eastern shore, we finally made it to our hotel in the town of Sirmione, a lovely peninsula jutting into the southern end of the lake. 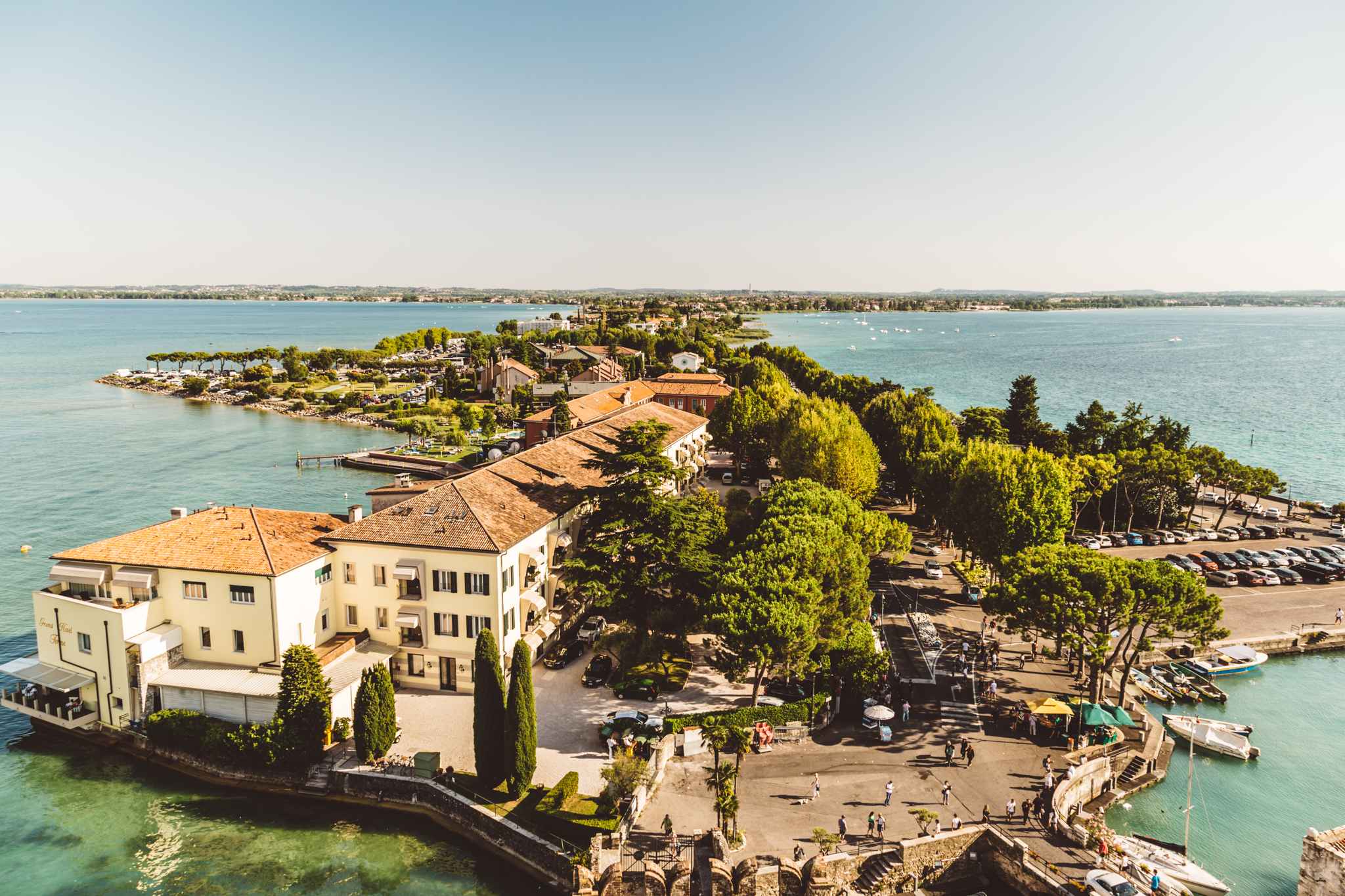 A short drive to the end of the peninsula brought us to yet another Scaligero castle. We climbed lots of steps up yet another tower to enjoy more beautiful views. As the castle really is on the lake, water runs through it and we were afforded the site of many swans, which was a pretty cool. 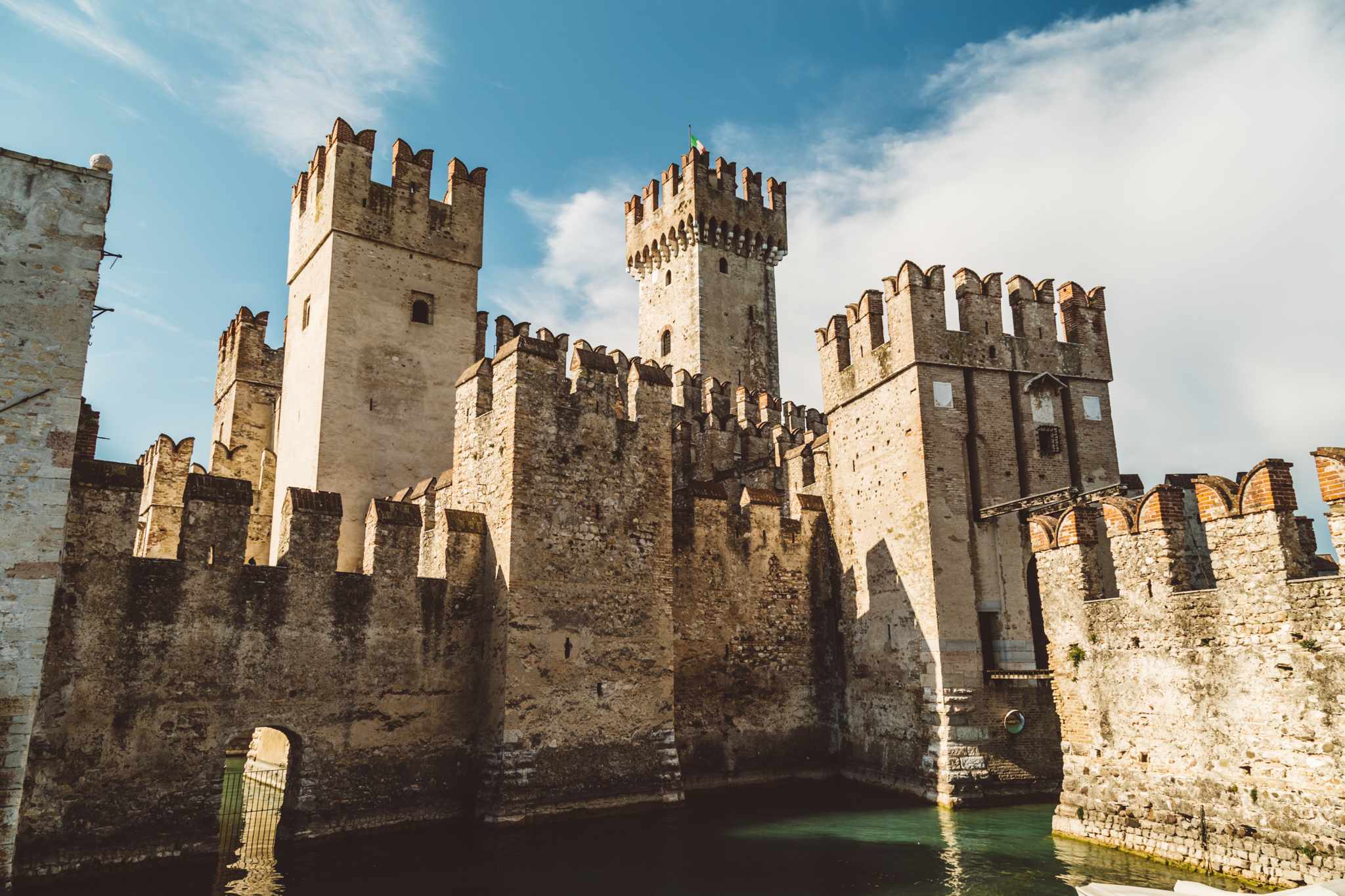 I honestly loved Lake Garda (more than Lake Como actually) and hope that anyone visiting Italy’s Lake District makes it a priority!

Want to spend one day in Lake Garda?