One Day in Delhi: 5 Places To Visit In India’s Capital City

It’s hard to believe that Delhi has been continuously inhabited since the 6th Century; the remains of eight major cities have been uncovered in Delhi. Over the course of its history, Delhi has served as the capital of various kingdoms and empires…and is still the capital city today. The National Capital Territory of Delhi has an estimated – and insane – 26 million people, which, according to the United Nations, makes it the world’s second-largest urban area.

That said, when preparing to explore Delhi, make sure you are not in a rush. The traffic within Delhi is unreal (again, think of how many people live there) and will certainly slow down your site-seeing. It doesn’t matter how fast you “see the sites” because the reality is that you have to drive large distances between each site either-which-way as Delhi is, simply put, massive.

If you only have one day in Delhi, depart early and visit these five key places to visit in Delhi:

Standing at 73 meters, the Qutab Minar is both the highest minaret in the world and the tallest brick tower in the world. Until 1980 visitors were allowed to climb the 379 spiral stairs to the top, however, access has since been stopped due to safety concerns… which makes sense considering construction first started in 1192! Beside the minaret, you will find the Quwwatul Islam Mosque, the first ever mosque in India. Combined, these two sites – the Qutab Complex – have been deemed a UNESCO World Heritage Site as an exquisite example of pre-Mughal dynasties in Delhi. 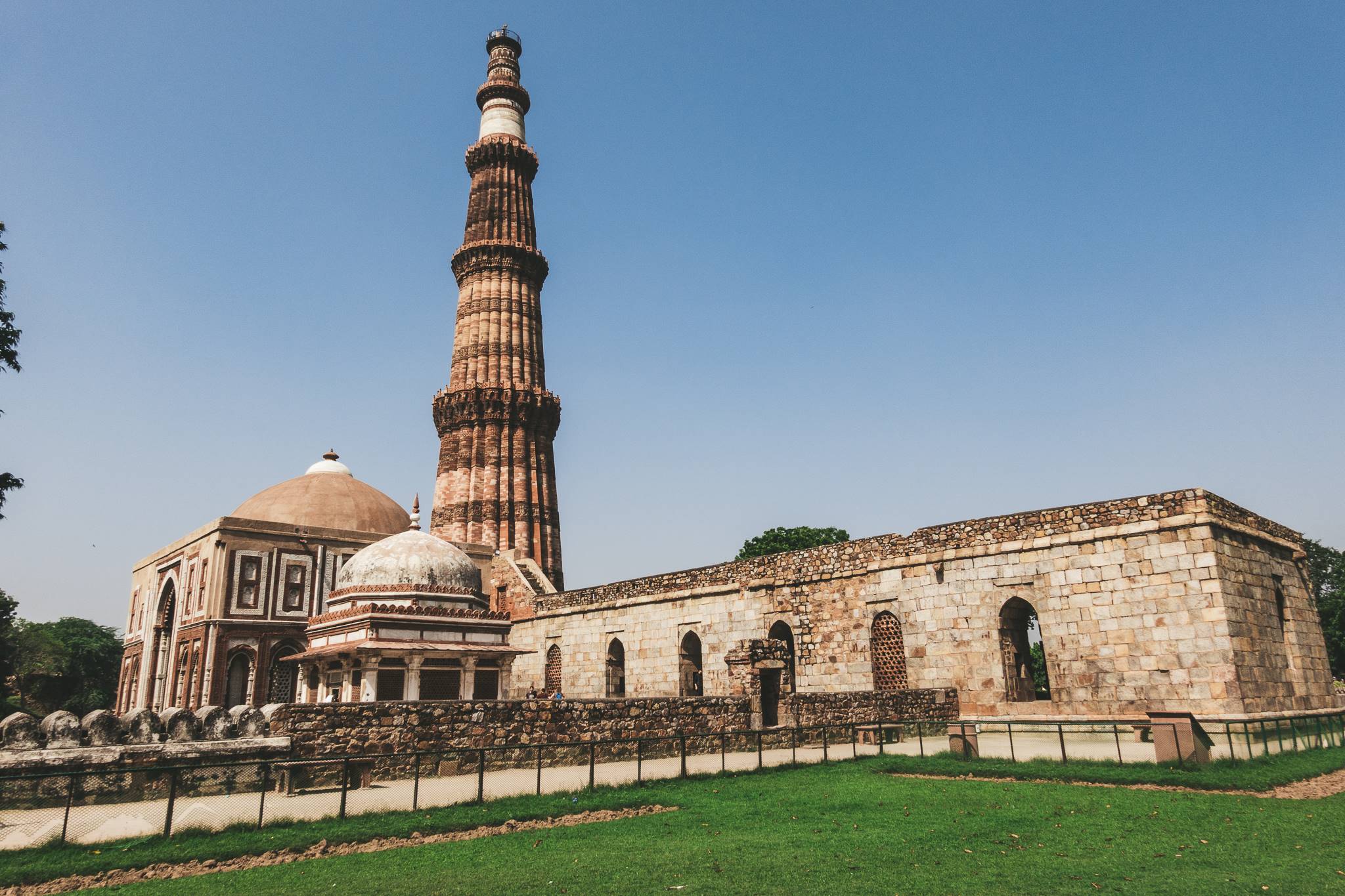 This incredibly ornate mausoleum is home to the tomb of Mughal Emperor Humayun. After his death, his first wife spent nine years preparing for, and seven years constructing, Humayun’s Tomb. It was the first garden-tomb in India and the first building in the country to use red sandstone on such a large scale. While it was originally built in 1565, it underwent extensive restoration after being deemed a UNESCO World Heritage Site in the early ‘90s. This is a “must see” if you only have one day in Delhi! 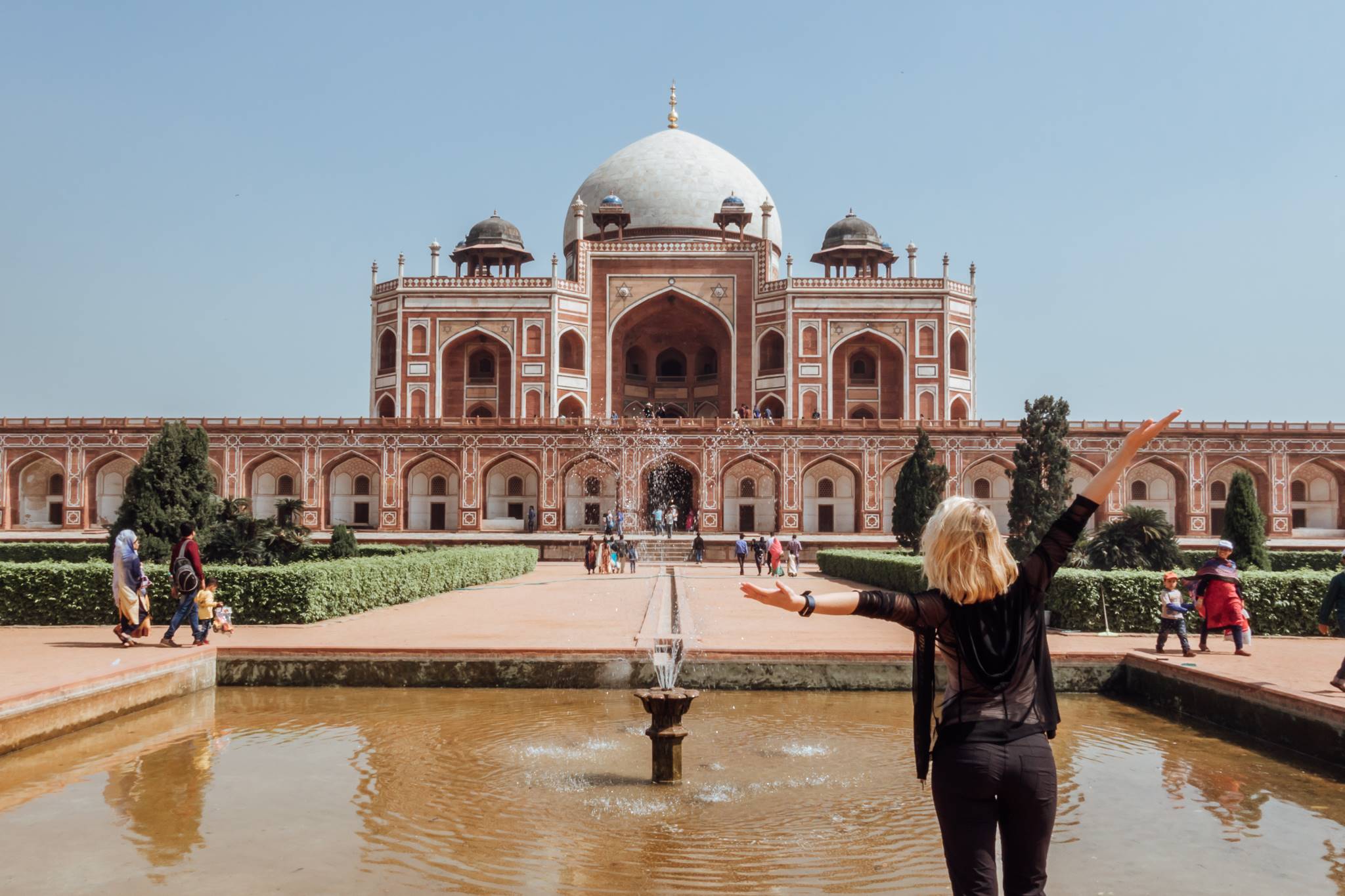 The India Gate, once called the All India War Memorial, honors soldiers from the Indian Army who fought and died in World War I. Inscribed on the gate you will find the names of the 13,000 soldiers who were killed, and an eternal flame beneath the arch as a reminder for those who gave their lives for the country. Today, the India Gate is an iconic symbol of Delhi. 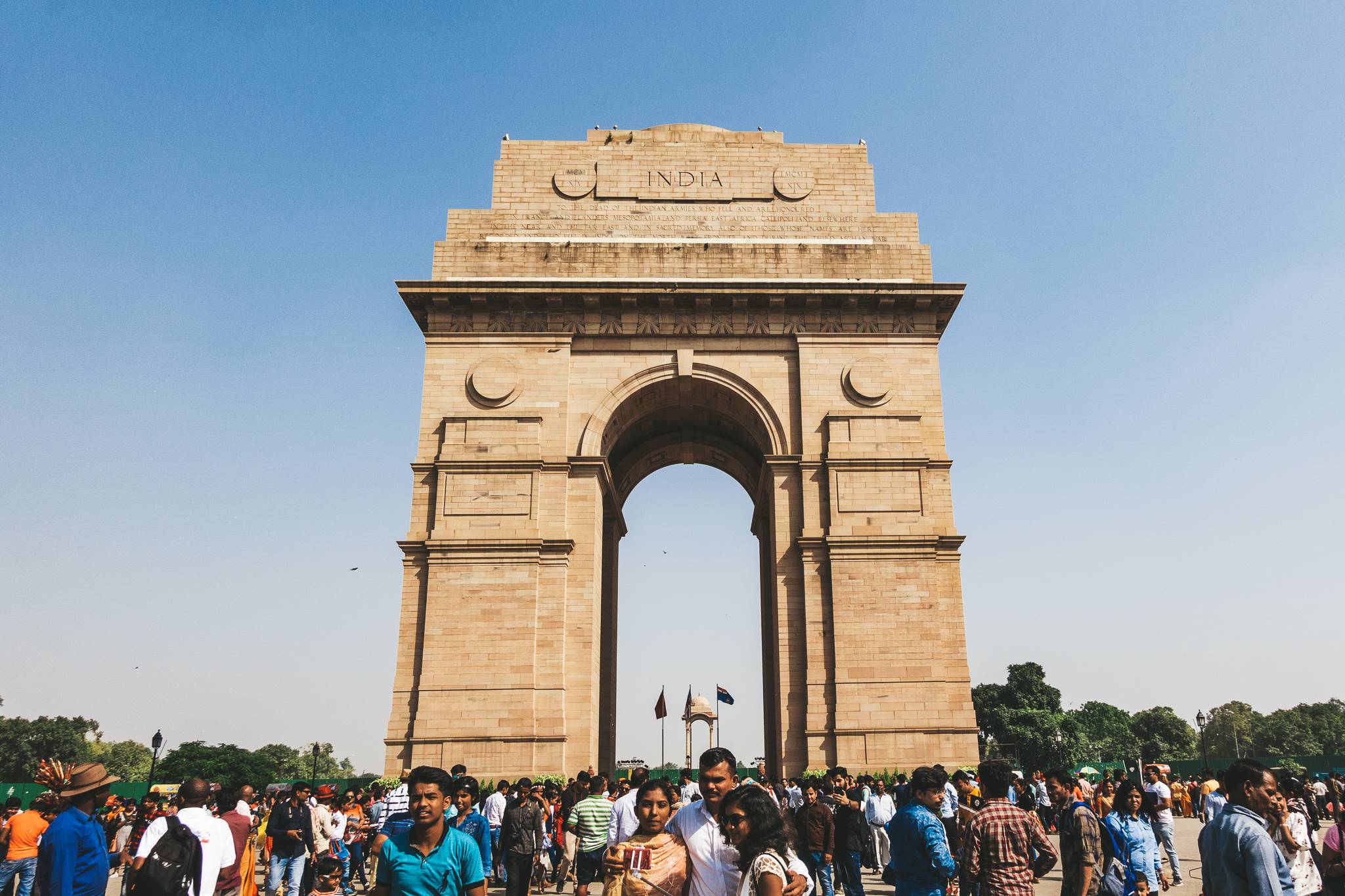 Until 1847, the Red Fort was the residence, ceremonial, and political center of the Mughal Emperors and their governments. Built in 1648, the Red Fort (which received its name due to having been built in red sandstone) represents the pinnacle of Mughal achievement. Today, the Red Fort is a major historical landmark and comprises many museums. Each year on Independence Day, the Prime Minister goes to the Red Fort to hoist the national flag and deliver a speech. 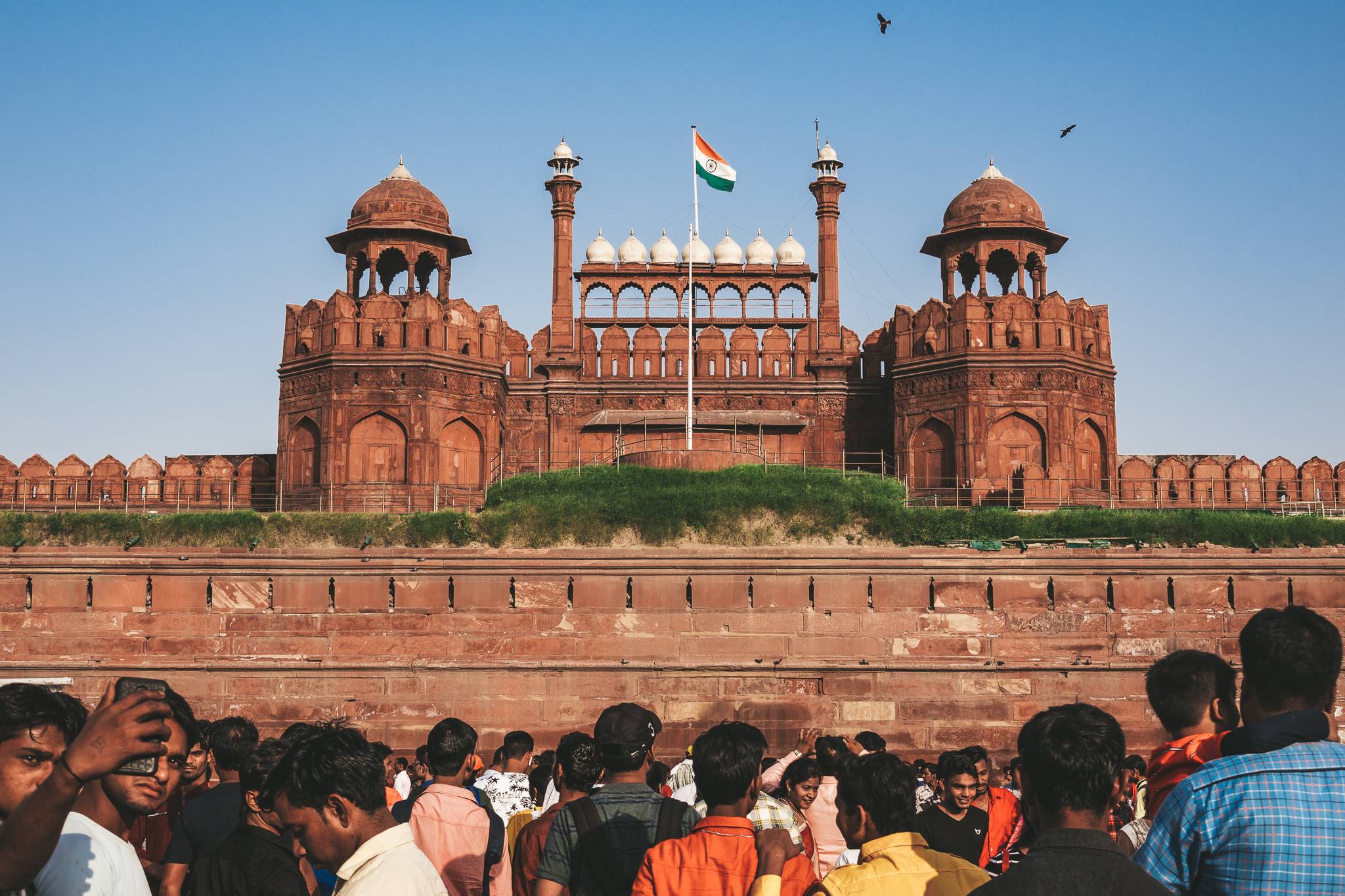 Mahatma Gandhi Park didn’t always have this name. In fact, it was developed pre-Independence and used to be a popular spot for many Europeans, British, and high-profile Indians to picnic. It wasn’t until India received its independence in 1947 when it was renamed to Mahatma Gandhi Park to commemorate India’s respected leader, the Father of the Nation. Within the park itself, you will find Raj Gat, the site of Gandhi's cremation on January 31, 1948, just one day after he was assassinated. There is an eternal flame beside the memorial, representing the soul.

Gandhi’s famous words, “Be the change you wish to see in the world,” are best put to practice through travel. Take the time to educate and expand your cultural horizons, try foods you’d never imagine, and gain a better understanding of humanity as a whole. Opening your eyes to a world you’ve never known is the key to tolerance and acceptance.

India is a must-see destination on any world traveler's list, and Delhi perfectly encapsulates all of its complexities (even from what I saw just throughout one day in Delhi!). There are plenty of places to visit in Delhi, from the beautiful, ornate, old forts and temples, to the sleek, modern skyscrapers. The traffic is utter chaos (traffic lights, painted lane markers, and one-way signs are merely suggestions, while there is a new, cheap, clean, quiet, efficient subway system. People in the tourist industry are the nicest anywhere in the world, but the people in the subways are pushier and less polite than those in the New York City subways. Sadly, poverty is evident everywhere and little children beg aggressively, but the school kids could not be more adorable; I must have been asked to take hundreds of selfies.  Clearly municipal governments spend virtually nothing on waste removal as garbage is abundant — on streets, gutters, sidewalks (where sidewalks even exist), etc, and one does not go far without encountering the stray cow, dog, or pig, even on the highways. Still, the spirituality of the Hindus, Muslims, and Buddhists is admirable. As I said, India is perhaps the most complex country I have experienced yet still very worth the visit.

Only Have One Day in Delhi?

Looking for Places to Visit in Delhi? 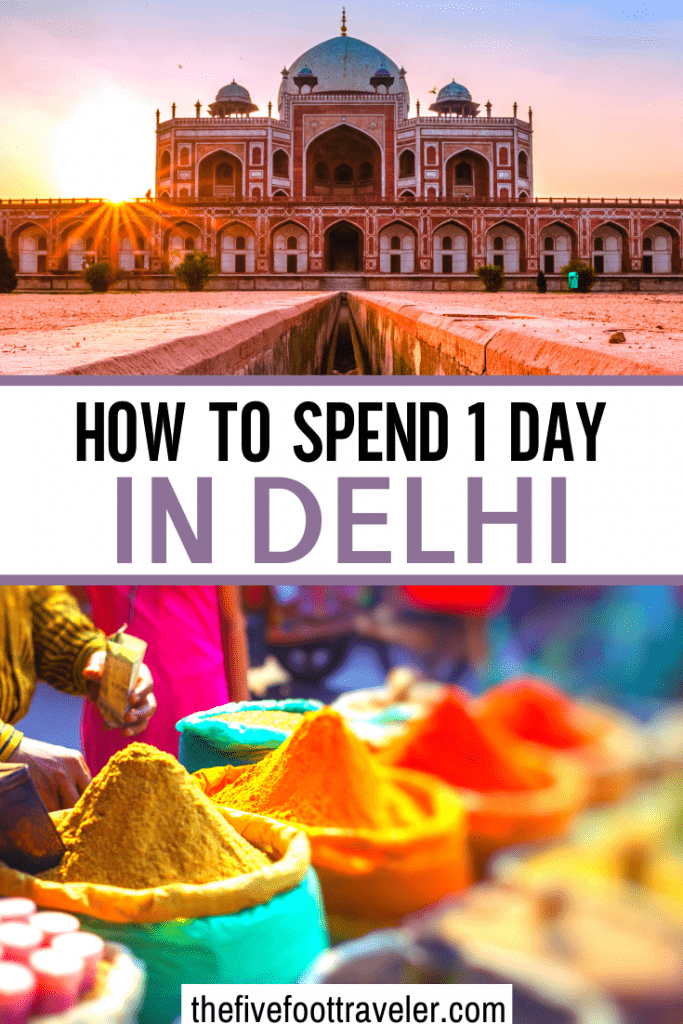