After exiting the Church of the Holy Sepulchre, we walked through the 11th Century markets to the Jewish Quarter where we learned about the Jordanian takeover of Eastern Jerusalem. Two weeks after Israel was declared a state in 1948, the Israelis had to surrender Eastern Jerusalem to the Jordanians in the Arab-Israeli War and the Jews were forced to leave the Old City. It wasn’t until the 1967 Six-Day War that the entirety of Jerusalem was annexed to Israel; it was then that they lifted the Wall that separated East and West Jerusalem.

On our way to lunch, we walked the Cardo Maximus, where we initially hugged the pillars on our first full day in Israel three weeks prior. It was crazy to think about how much we had seen, learned, and experienced in a matter of 21 days.

After a fabulous falafel-filled lunch, we walked past the Huvra Synagogue and went inside the four very basic, Sephardic Synagogues. Here we learned more in-depth about the eastern orientation of Jewish altars; east-facing temples are unique to Judaism solely, as those of other religions are oriented in other directions.

We continued exploring Jerusalem, ultimately walking through the Armenian Quarter to the Tower of David Museum. Here, we discussed the history of Jerusalem and had a great view of Temple Mount. We exited the Old City after 11 hours of walking, not realizing that it’d be our last time within the city’s walls. For anyone interested in hiring a guide for Jerusalem, I highly recommend Ariel Birnbaum! He was incredibly informative, passionate, and thorough when discussing the history of this remarkable city. Please, do yourself a favor and go on one of his walking tours – you won’t regret it! Feel free to message me for his contact information. 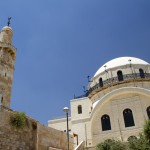 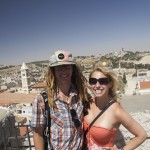 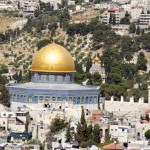 David and I strolled back to the area surrounding our hostel, planning to relax before our Tunnel Tour (the remnants of the first temple) later that night. I received a concerned text from some of my new Israeli friends asking if we were in Jerusalem and safe. Somehow in the midst of all our site-seeing, David and I were unaware of the fact that there were a lot of riots occurring not far from where we were; my understanding is that those riots were a reaction to the finding of the Palestinian boy’s body. After further consulting with our Israeli friends, and their friends, we ultimately decided to err on the side of caution and skip the Tunnel Tour.

We were up early to head to Ben Gurion Airport. Our time in Israel was complete and it was time to head back to New York. With teary eyes and full hearts, we boarded the plane, knowing that we would be back again someday, but we were unaware that we had witnessed the beginning of a war…