Off Roading in Wadi Rum

We spent our final day in Jordan off-roading in Wadi Rum, the largest wadi (valley) in Jordan. Wadi Rum has been largely occupied by the Bedouins who, until recent years, led nomadic lives. The valley is home to huge rock formations, temples, rock bridges, and ancient inscriptions. Ali drove like a maniac throughout this deserted valley – driving vertically up thin, narrow rock bridges, flying down sand dunes, and everything in between. Even though I consistently thought we were going to flip over, it was a ton of fun and the landscapes were beautiful. 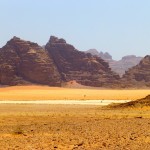 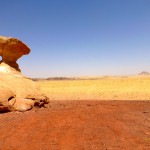 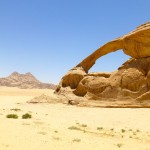 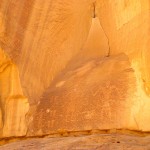 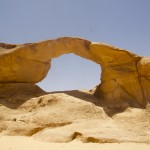 After a delicious lunch of salad, chicken, spicy peppers, and hummus (prepared by another guide in the middle of the desert), we headed back to the Israeli border where we had some good laughs with the border personnel.

Once successfully across the border in Israel, we asked our driver to be taken to the Desert Eco Tours office to place a complaint about our guide, Ali. The man we spoke with was completely unsympathetic, shrugged me off, and said someone would be in touch within a few hours. No one called. Fast-forward – I spoke with the Owner of the company the following day and he didn’t see an issue with the fact that we were harassed in a canyon, despite the fact that we paid for a local guide to ensure that that wouldn’t happen. I do NOT recommend using Desert Eco Tours for your next trip to Jordan (with the exception of their Petra day trip) as they were not only unprofessional, but they didn’t seem to care that our safety was at risk, not only in the canyon, but also when our so-called guide was texting and swerving while driving 90mph/144.8kph on not-so-great roads. Desert Eco Tours did, however, acknowledge that the texting and driving was not of the norm.

We wandered around Eilat for a little bit before settling into our hostel for the night. While laying in bed, we found out that the three missing Israeli teenagers were found murdered. Heavy news and a heavy reality to have witnessed, as we were there from the beginning to end of their search. RIP Gilad, Eyal, and Naftali.