Do you want to see the Northern Lights? 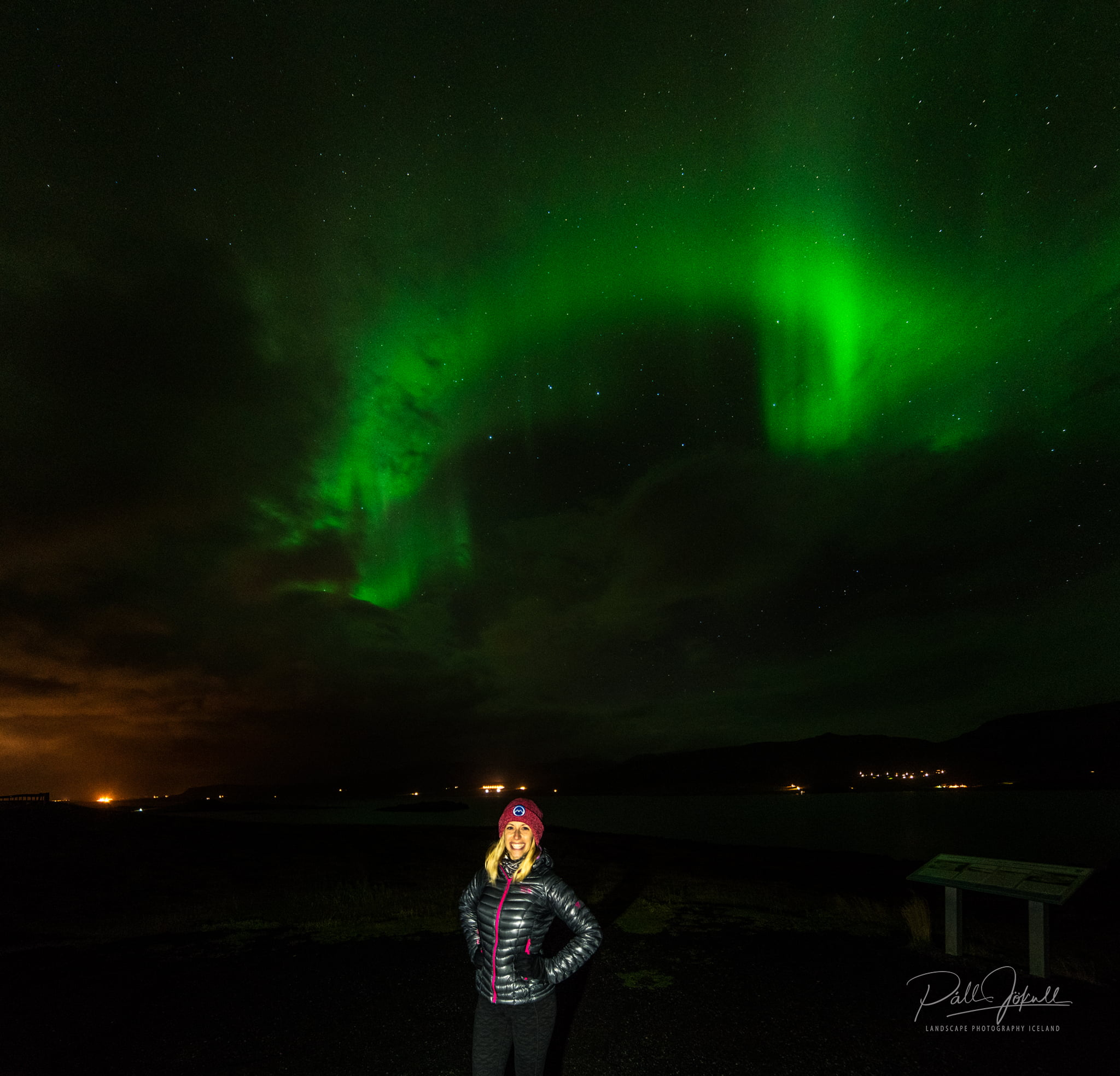 Iceland has been on my radar for quite some time. But, “why would someone want to visit Iceland?” you might ask. Well, two million people a year also visit this country, and they have lots of different reasons. Almost all of them have one thing in common — they want to see the Northern Lights. 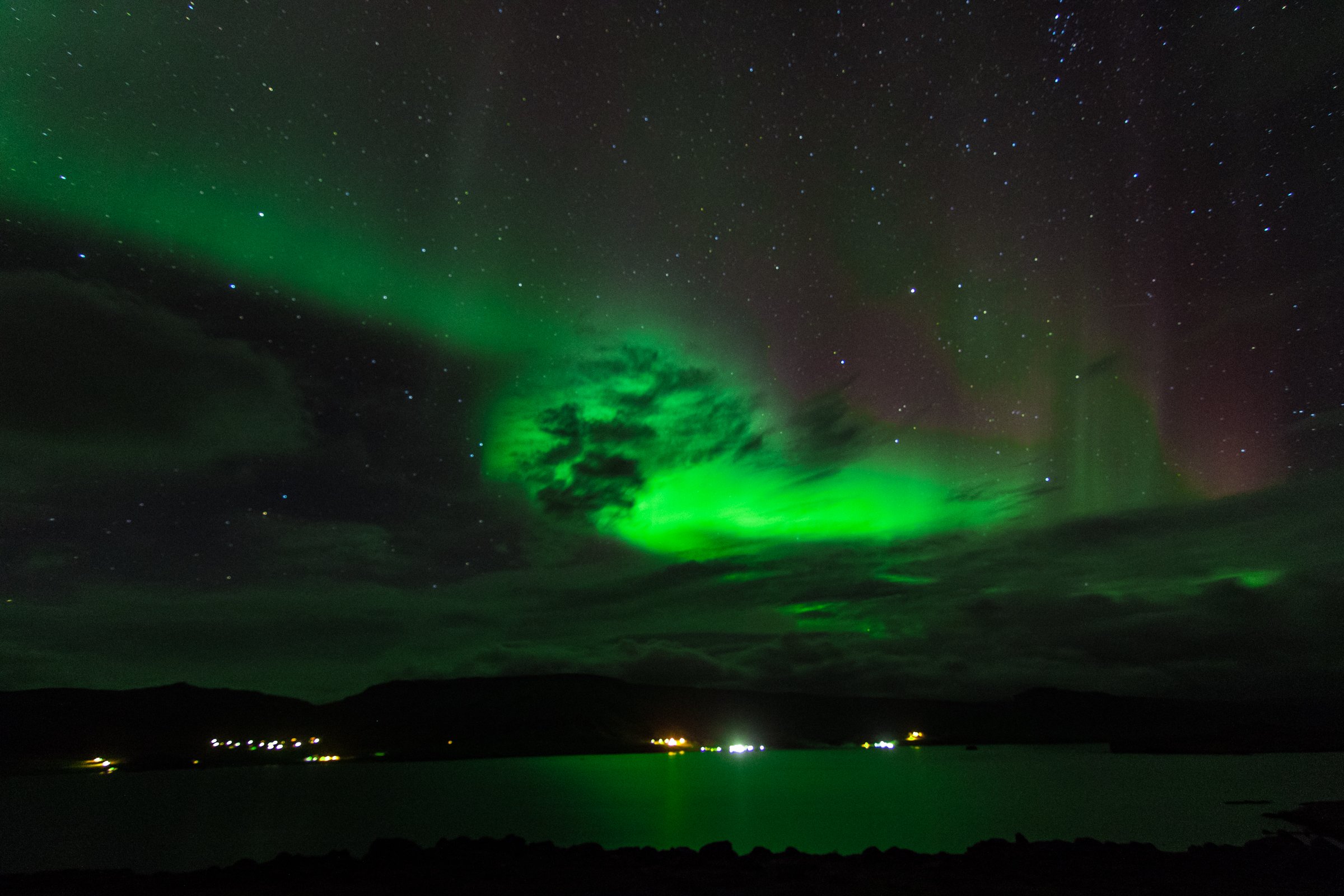 It is not so easy though. In summer the daylight lasts too long, at other times it may be too cloudy, and sometimes they just don't feel like appearing. It is a very inexact science. For your best shot at seeing this exquisite phenomenon, I recommend that you contact Páll Petursson(pronounced Paul) of Landscape Photography Iceland.

I found his company on Google and I am so happy I did! We arrived Friday morning, and almost immediately, I received an email from Páll saying “not tonight.” Saturday morning — the same. While it was disappointing, I really appreciated that he did not want to waste a customer’s precious time on a wild goose chase. He studies the weather reports, consults with friends in other parts of the country, and only wants to take his customers out when he feels there is a good chance of success. As a result, his track record is excellent. 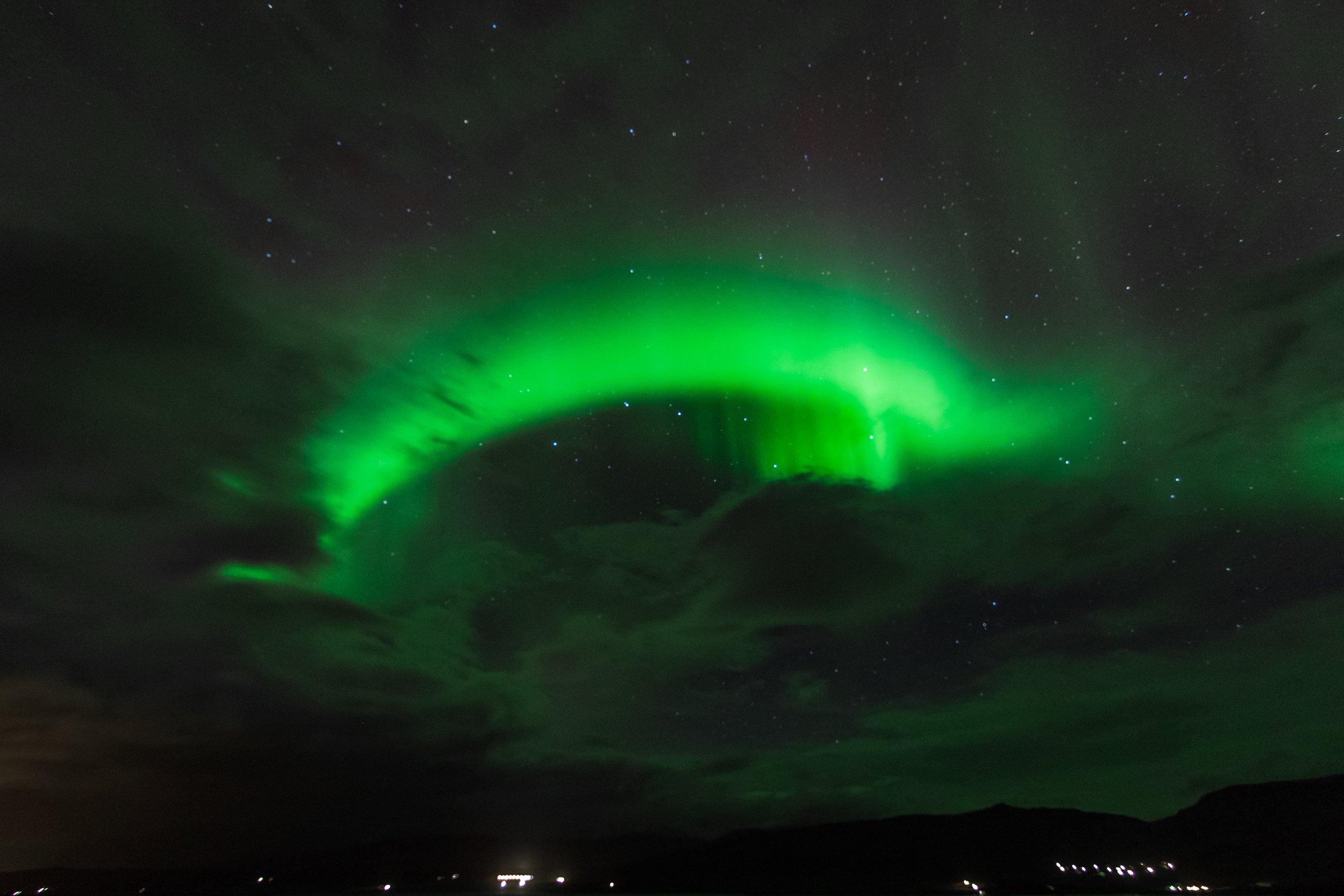 So Sunday afternoon I received the message saying, “Let's try it tonight.” Frankly, I was a bit skeptical because it rained a good part of the day, but I had faith in Páll and off we went. He drove us in his comfortable new SUV for about two hours to one of his special viewing spots. He has several different places to try based on his reading of the day’s conditions. 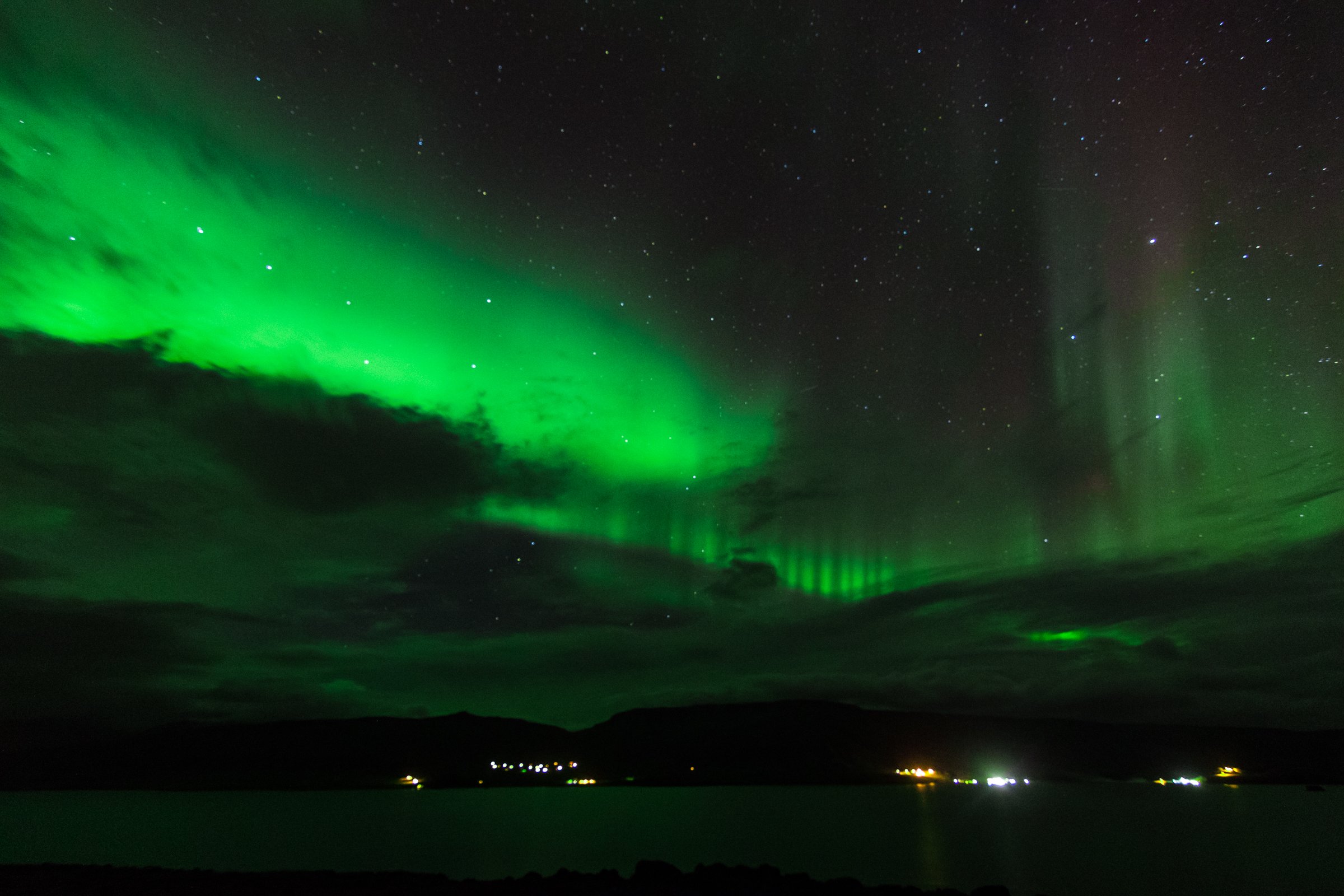 We stopped in this remote, dark, desolate turnoff by the road, set up our cameras, and waited. Páll is an accomplished professional photographer and was able to offer technical advice on special camera settings and the like. And we waited. It was kind of cloudy, which was worrisome. Eventually we saw some stars overhead, and then the Milky Way. The star show alone was delightful. About 11:00 pm, suddenly Páll exclaimed: “There it is!” 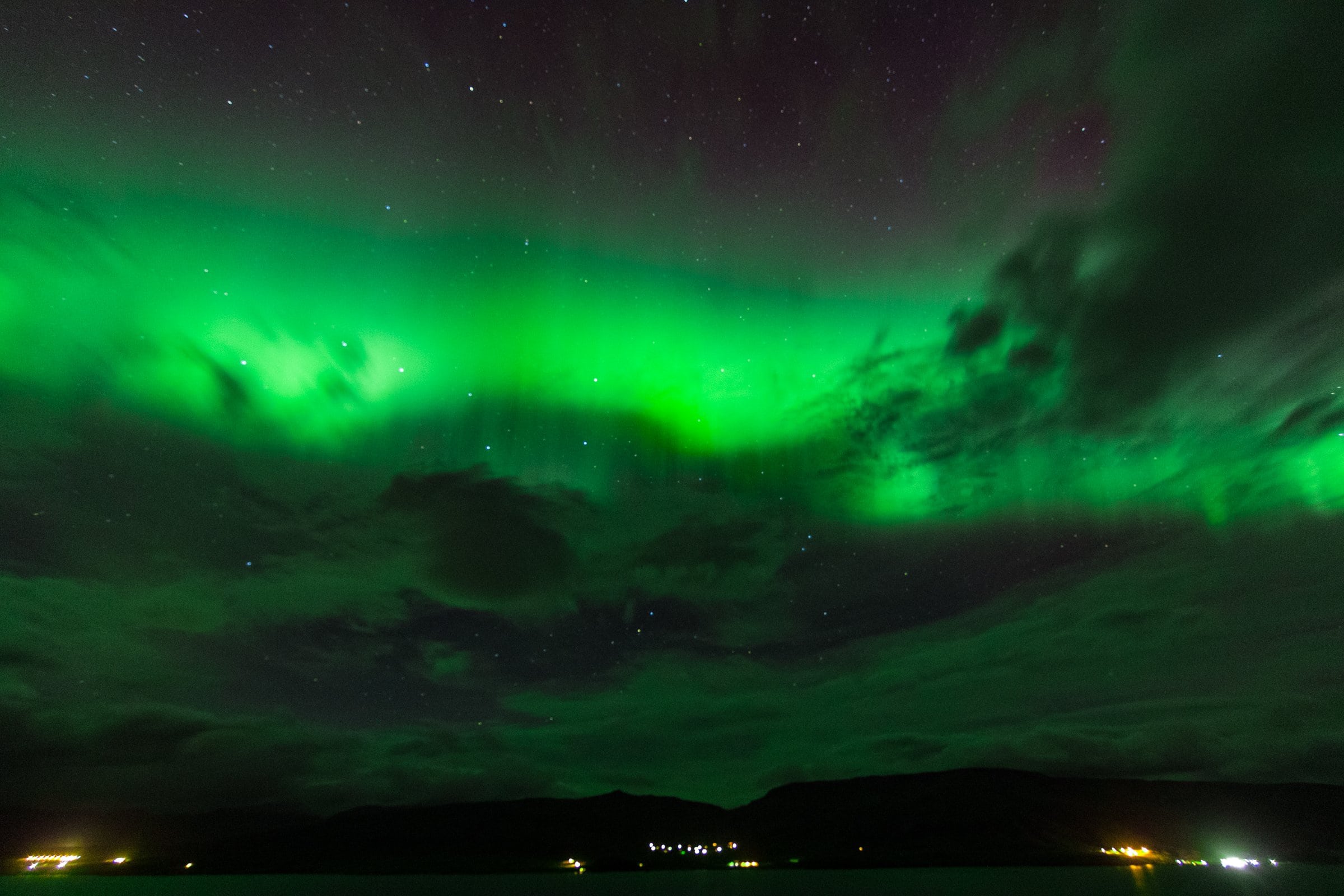 Following to where he pointed, we thought we were looking at another cloud. But then it was obviously so much more — a sight unlike anything I have seen before. And then it began to dance! We were watching, shooting, and shouting with excitement. 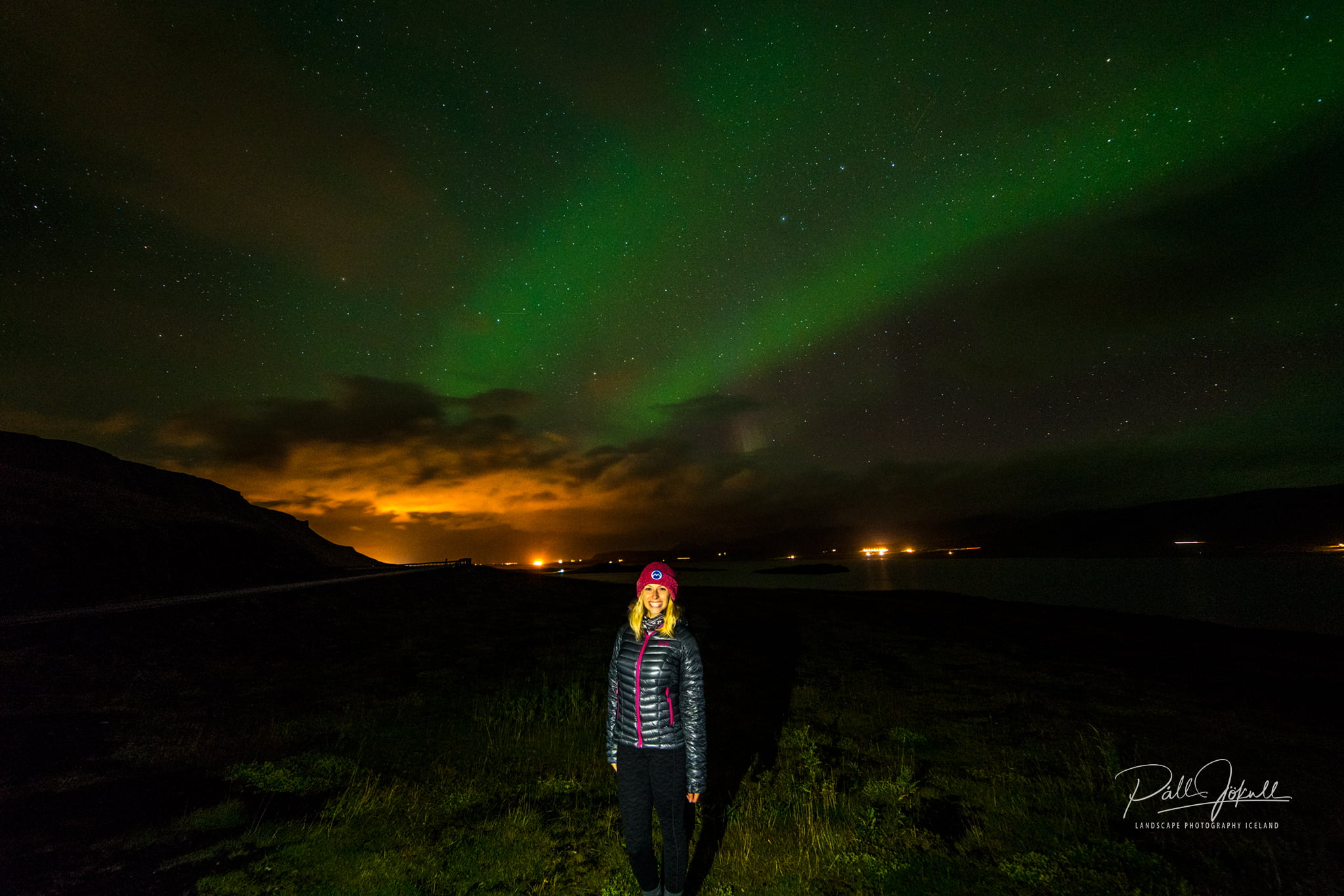 The show went on for about an hour (sometimes it can be longer, sometimes shorter). 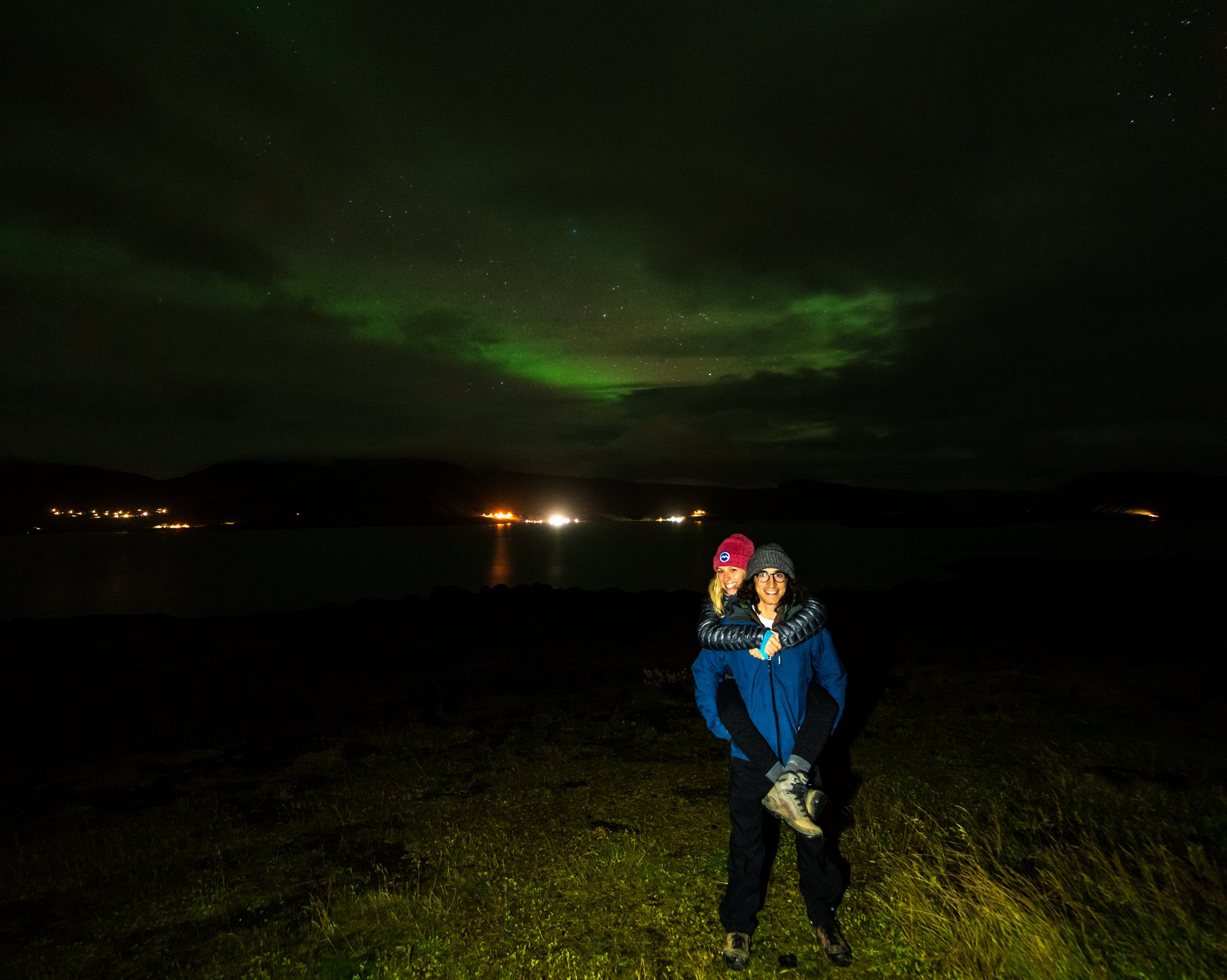 At midnight it was getting windier and colder, and the clouds returned; it was time to go. We arrived home at 2:00 AM. It was a long, exhausting day. But what a day! Despite being so tired we were still exhilarated from having had one of the world’s great experiences. And it was all made possible for us by our new friend Páll. 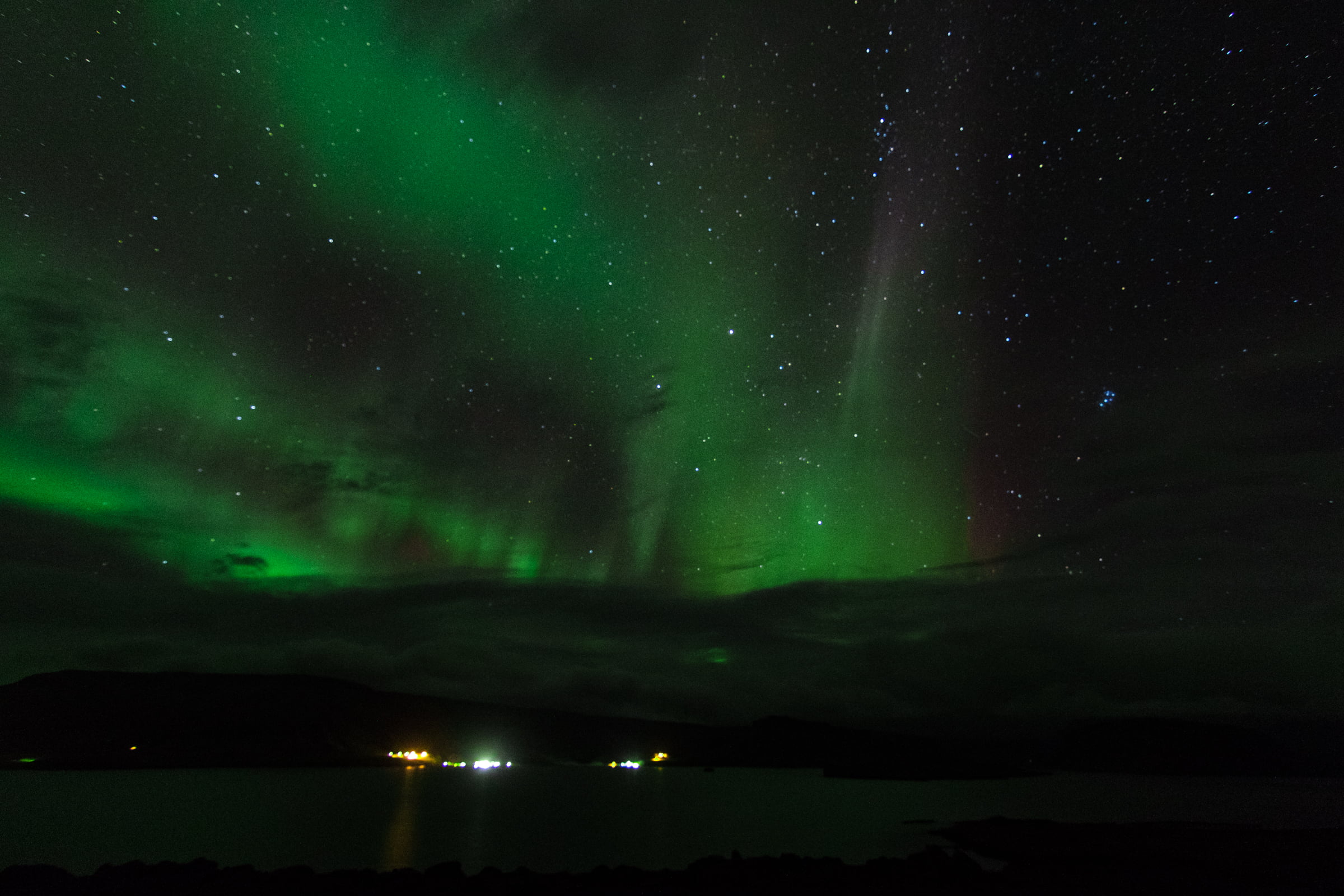 So if you are visiting Iceland and want to see the Northern Lights, I highly recommend that you contact Páll for your tour. While I am on the subject, Páll does not only do Northern Lights trips. He can take you anywhere in Iceland you might like to go, even tours of several days. He is very knowledgeable about his country and photography, and his English is impeccable. You can reach him directly, via email, here: pall@palljokull.com. You won't be disappointed!

Want to see the Northern Lights? Pin it please!

I was a guest of Páll, however, all opinions are (as always) my own. All watermarked photos were taken by Páll Petursson, and the rest were shot by David M Gallo Photography.