I guess this would be the time to note that I just recently found out that I’m allergic to apples, and I love apple pie. What should I do? Do I eat it? Do I practice self control? Well, I caved and bought a piece of the infamous apple pie. It really was spectacular, and also about the size of my face. Damn you allergies!

After stuffing our bellies, we stopped along the road at the Tropic of Capricorn, which is 23.5 degrees south of the Equator; it is the southernmost latitude where the sun can be directly overhead. 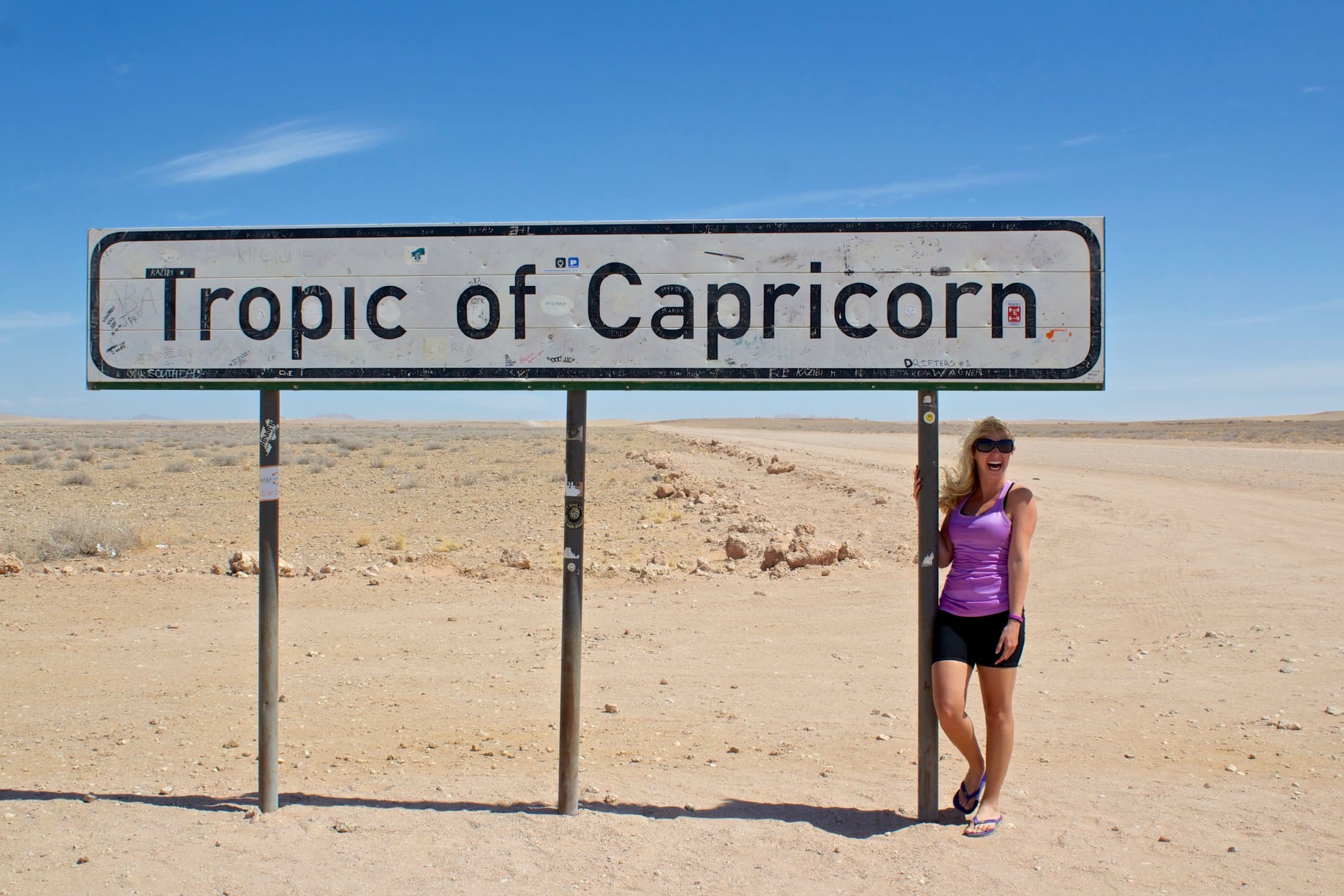 That night was our first night bush camping – aka camping in the middle of nowhere with zero facilities. In theory, the word “bush camp” suggests that there are plenty of bushes for the ladies…but there were none. Nada. We climbed up a steep rock face that overlooked our makeshift campsite for the night, looked out into the distance where there wasn’t a soul in sight, and watched the sunset. 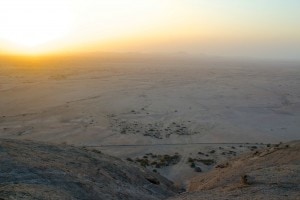 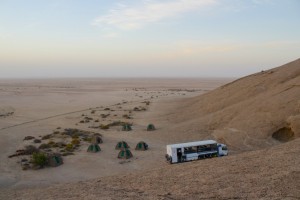 Once dark, the temperatures dropped, so we made a fire, huddled around it, drank hot chocolate, and learned about the history of Namibia. The word Namibia is derived from the Namib Desert, and in the 14th century the Bantu population started inhabiting Namibia. In 1884 the Germans entered, calling it “Germany West Africa,” but after the first World War it was colonized by South Africa; in 1973 the United Nations recognized the South West Africa Organization as the only thing to rule Namibia. It wasn’t until 1990 that Namibia gained its independence.

A bit more about Namibia…