Anyone that's traveled with me knows just how obnoxiously loud my alarm is (but you know you secretly love it). It's especially painful when it goes off at 3:45am. My new roomie, Michelle, tried to throw a punch at me but instead knocked over a water glass. Can’t say I didn’t warn her my alarm was loud…

Full of energy and headlamps in hand, some troopers from my upcoming Intrepid Tour joined me to go climb Lion’s Head for sunrise. Layz was so devoted to coming on the hike that he crashed outside my room on a bean bag…but unfortunately I couldn’t wake him, no matter how hard I tried! 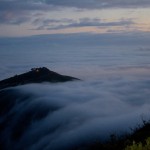 We began our trek up in the darkness, while stopping to admire the beauty that is pre-dawn Cape Town; it looked truly magical. As we climbed through the fog and above the clouds, the views began to look like something out of a fairytale. As darkness turned to dawn, we were at the base of the rock face of Lion’s Head and knew that our only route was up. And so, we started the rock scramble. Racing the rising sun, we scurried up Lion’s Head to make it in time for sunrise. As we scrambled, the clouds began turning shades of pink and we realized that we were seeing the beginning of what looked to be a promising sunrise. We finished the long stretch up right as the sun was about to rise and watched it ascend behind Table Mountain with the clouds hovering below. I must say, it was one of the more beautiful views I’ve ever had the joy of witnessing, and quite rewarding as, for a bit of time, I was afraid that the sun would beat us to the top. 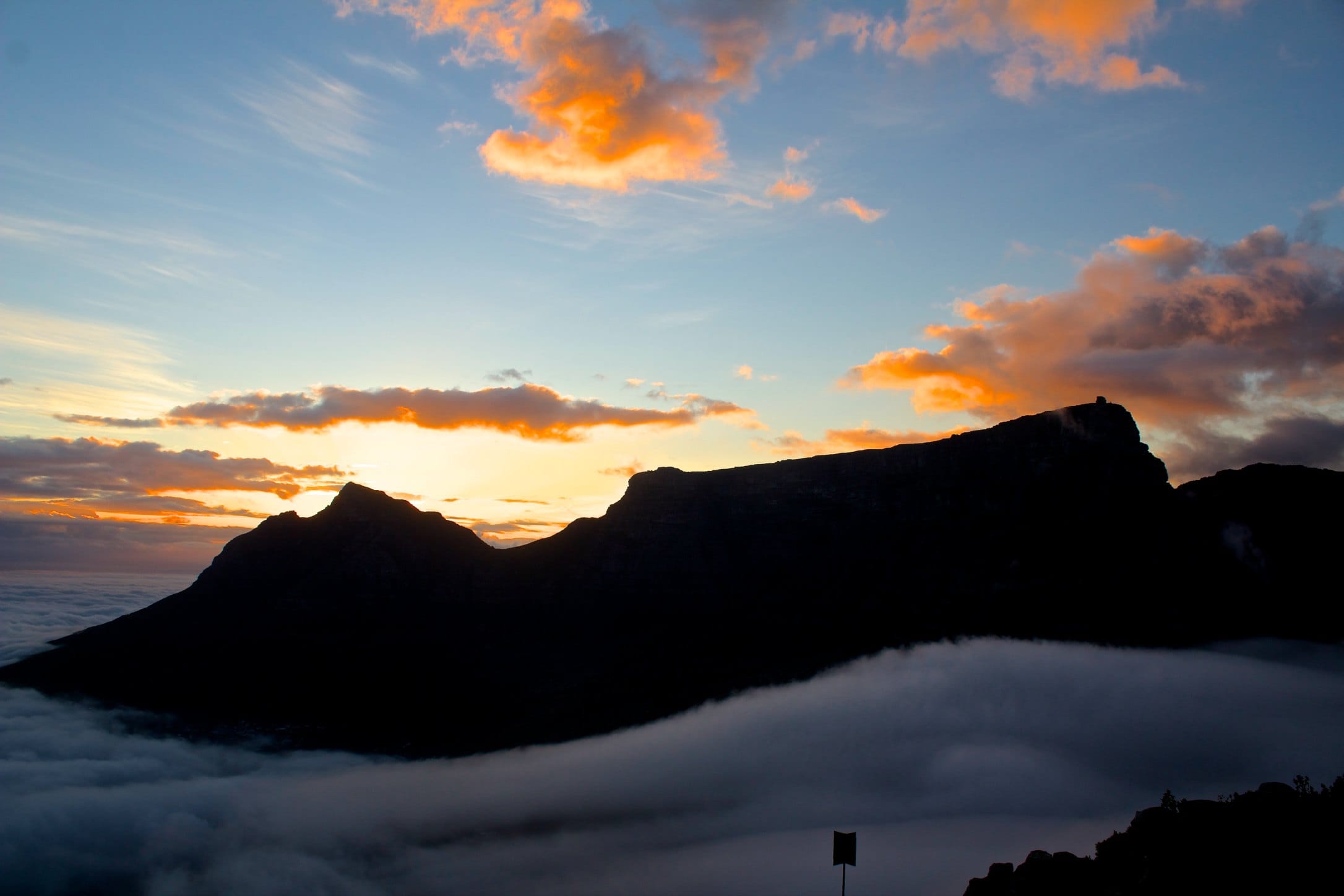 But then something crazy happened. Within a split second, the clouds enveloped the mountain, completely obscuring an outstanding sunrise. Table Mountain just disappeared. Within the mask of cloud, all you could see was a tiny, fuzzy yellow glowing disc. It was as if I was trying to focus on an image of a sun at the eye doctor before he put it into focus. It was hazy in the distance and remarkable to see Table Mountain just vanish piece by piece. 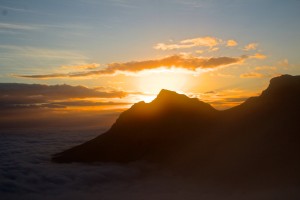 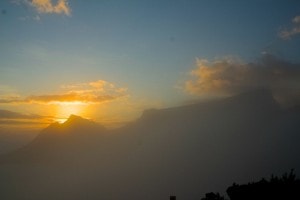 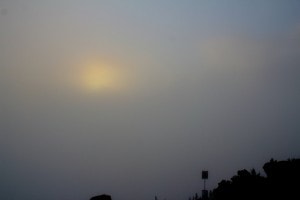 With the sun covered and a thick fog surrounding us, we decided to begin our descent. We were a little worried about completing the scramble backwards, especially since it was slippery, but as long as you go slowly and watch your footing it’s totally fine. After getting past the scramble, all is easy and you’ll be amazed by the views of Cape Town. 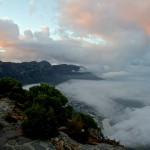 Travelers Tip: When descending, turn right at the big tree rather than left – it’s less tough on the knees.