Jukani Wildlife Sanctuary focuses on the conservation education of big cats. A sanctuary is typically known as a place where animals are protected from hunting. According to the staff at Jukani, however, a true sanctuary should also “be a place of refuge to protect them from much more than hunting and/or the petting trade.” The Sanctuary tries its best to provide animals with the most natural habitats possible, with more than adequate space. We found it noteworthy that the staff cleans the animal enclosures everyday. These animals come from a surplus, from all over the world.

The reality is that people visit Africa to see the Big 5 – lion, elephant, cape buffalo, leopard and rhino; theses are said to be the hardest animals in Africa to hunt on foot. If Africa were to lose the Big 5, tourism would go down, economically hurting the continent as well. There’s a chance of species survival due to wildlife sanctuaries. Having said that, Jukani neither supports breeding nor the touching of animals (both very traumatic), and has all of the female predators on birth control. What I found most impressive and laudable was the fact that Jukani does nothing to profit off their animals – Mitch the White Tiger got buried whole, when his bones alone could have made thousands of dollars.

We took a tour of Jukani with our guide, Robert. He was extremely friendly, helpful, and answered my endless questions with precision and passion. Nick and I came to really admire the fact that Jukani is not a zoo; since it is a wildlife sanctuary, the priorities of the animals are put over that of people. Having said that, it’s fascinating to be able to see a wider species of big cats, not always seen in game parks, up close and personal; they will walk up right in front of you. 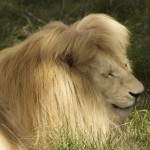 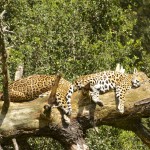 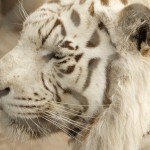 Some facts we learned during our tour: