When we found out that there was a luxury hotel situated in the heart of Yala National Park, where wild animals roam free, we just had to stay at the Jetwing Yala. Around the property you will find elephant crossing signs, and we even saw a family of warthogs directly in front of our room by the pool. 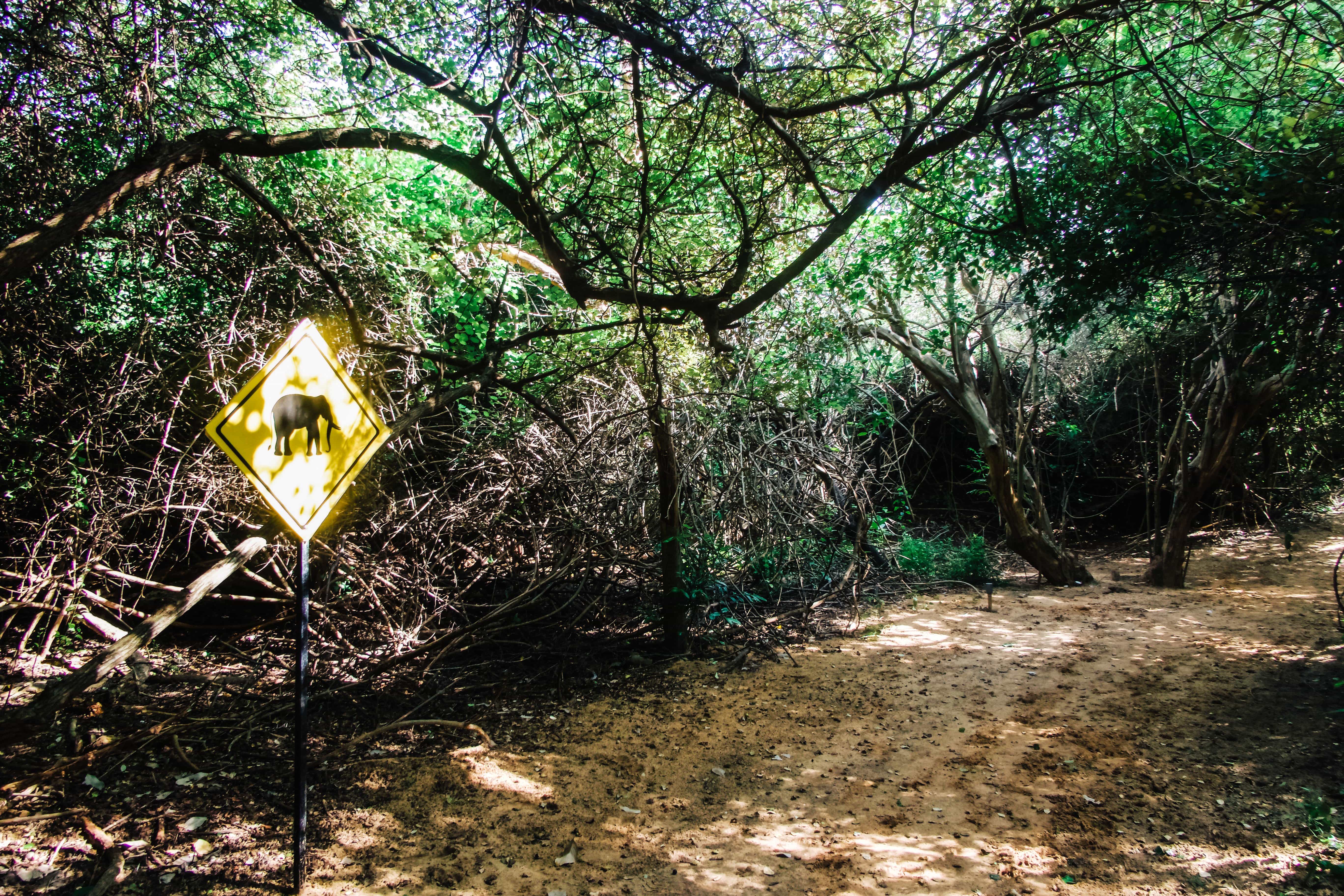 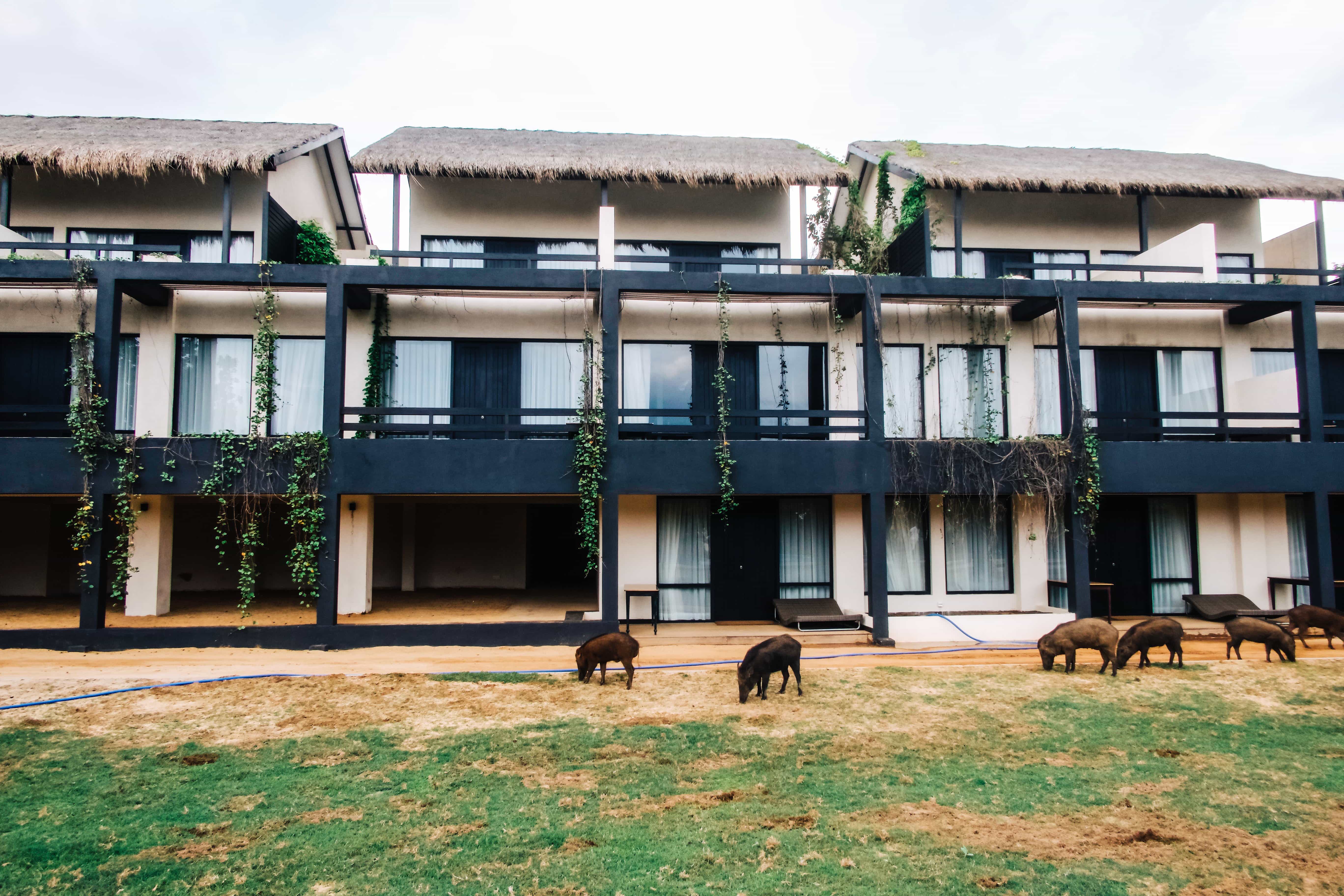 The Jetwing Yala is an absolutely stunning oasis in the middle of, what seems like, a barren desert. After driving for a few hours and seeing more or less nothingness, we walked into the Jetwing Yala’s lobby which was entirely open-air overlooking the ocean. 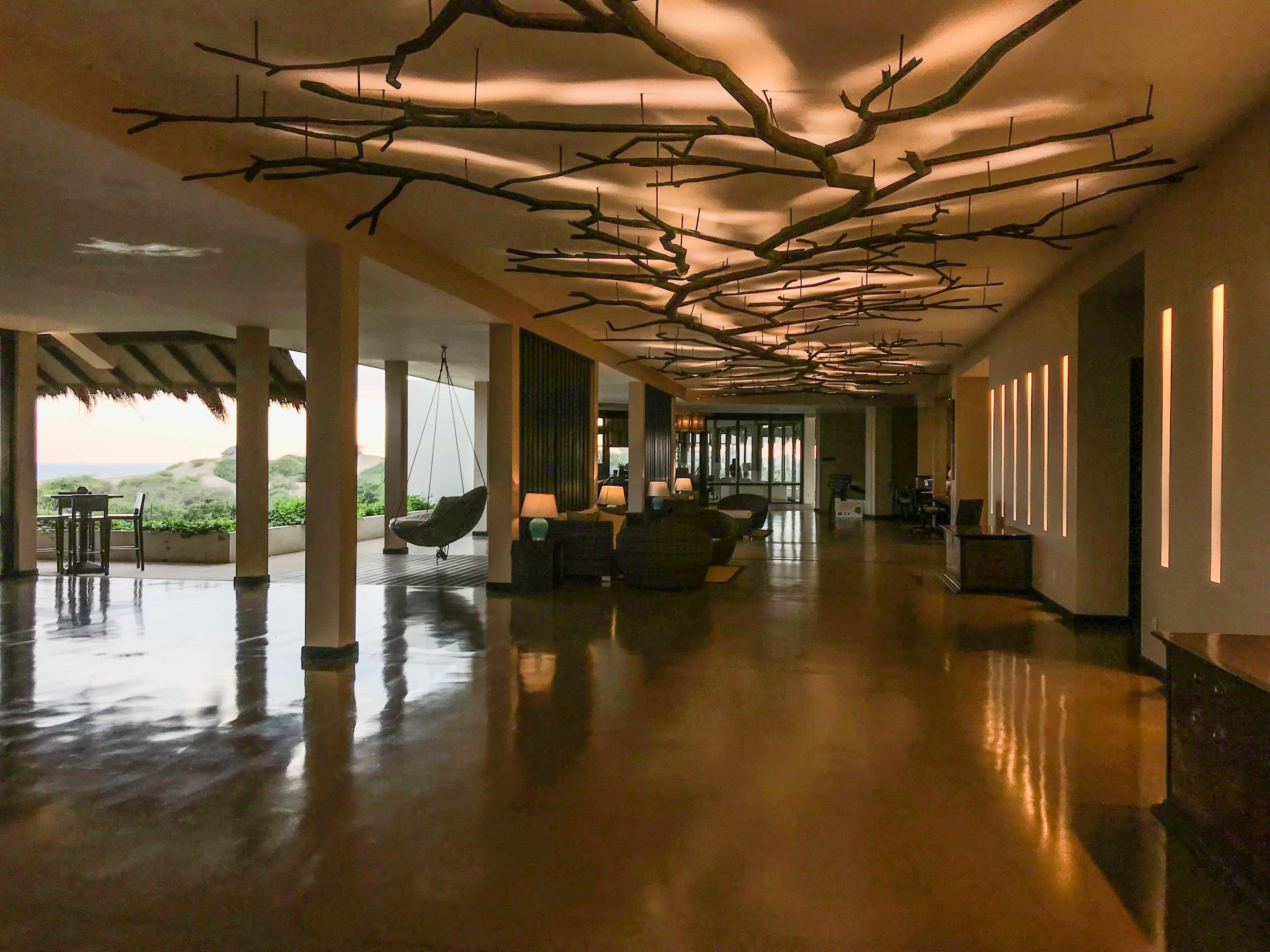 After a lovely welcome drink, we were taken to our spacious room with a large balcony looking out over Jetwing Yala’s beautiful infinity pool. 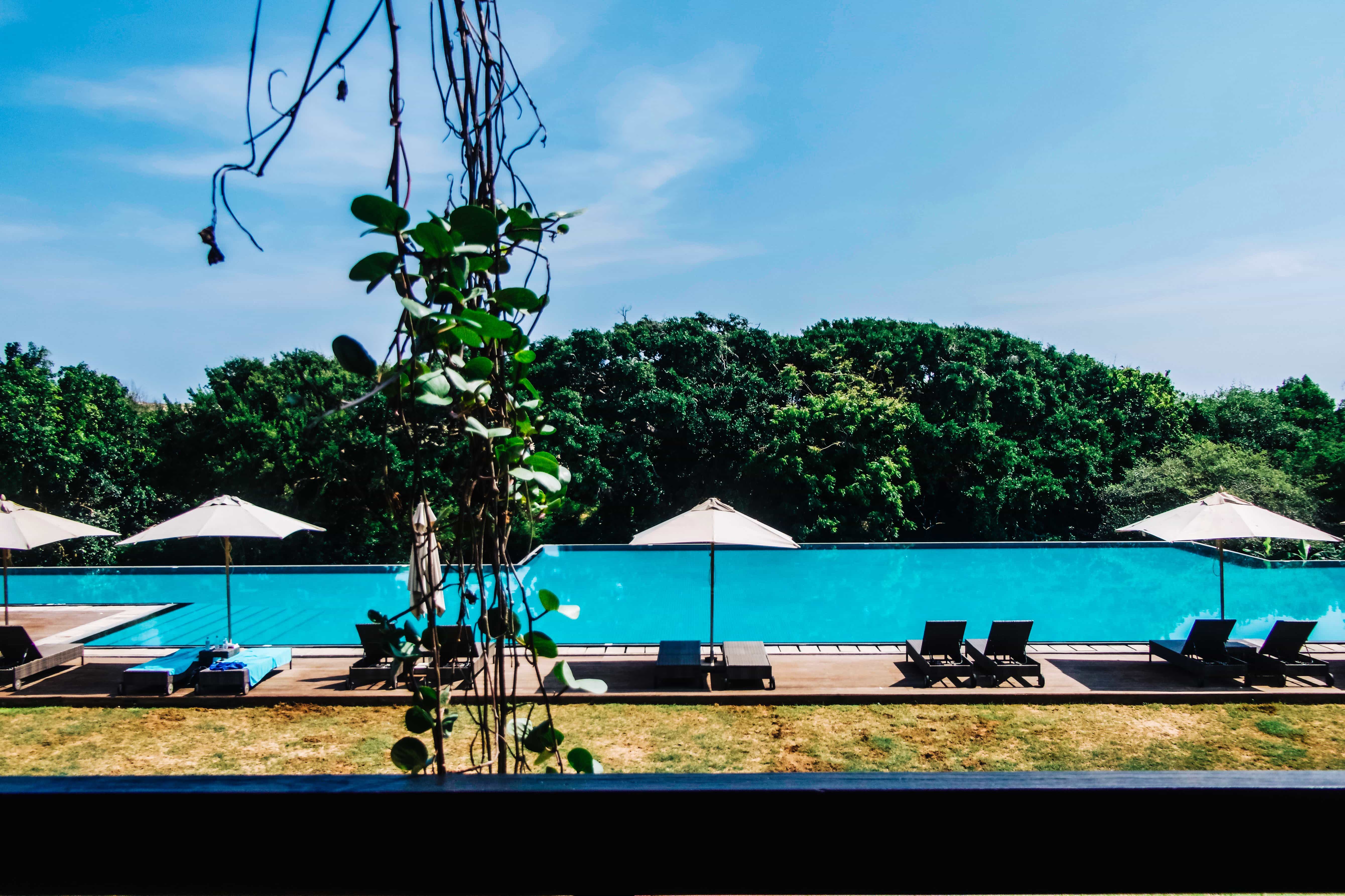 With two comfortable beds, a couch, flat screen TV, mini bar, work desk and balcony, the room had all that we could ask for. The bathroom was also one of the biggest I’ve ever seen and stocked with fresh toiletries…and a waterfall spout you could choose to use instead of a shower head! 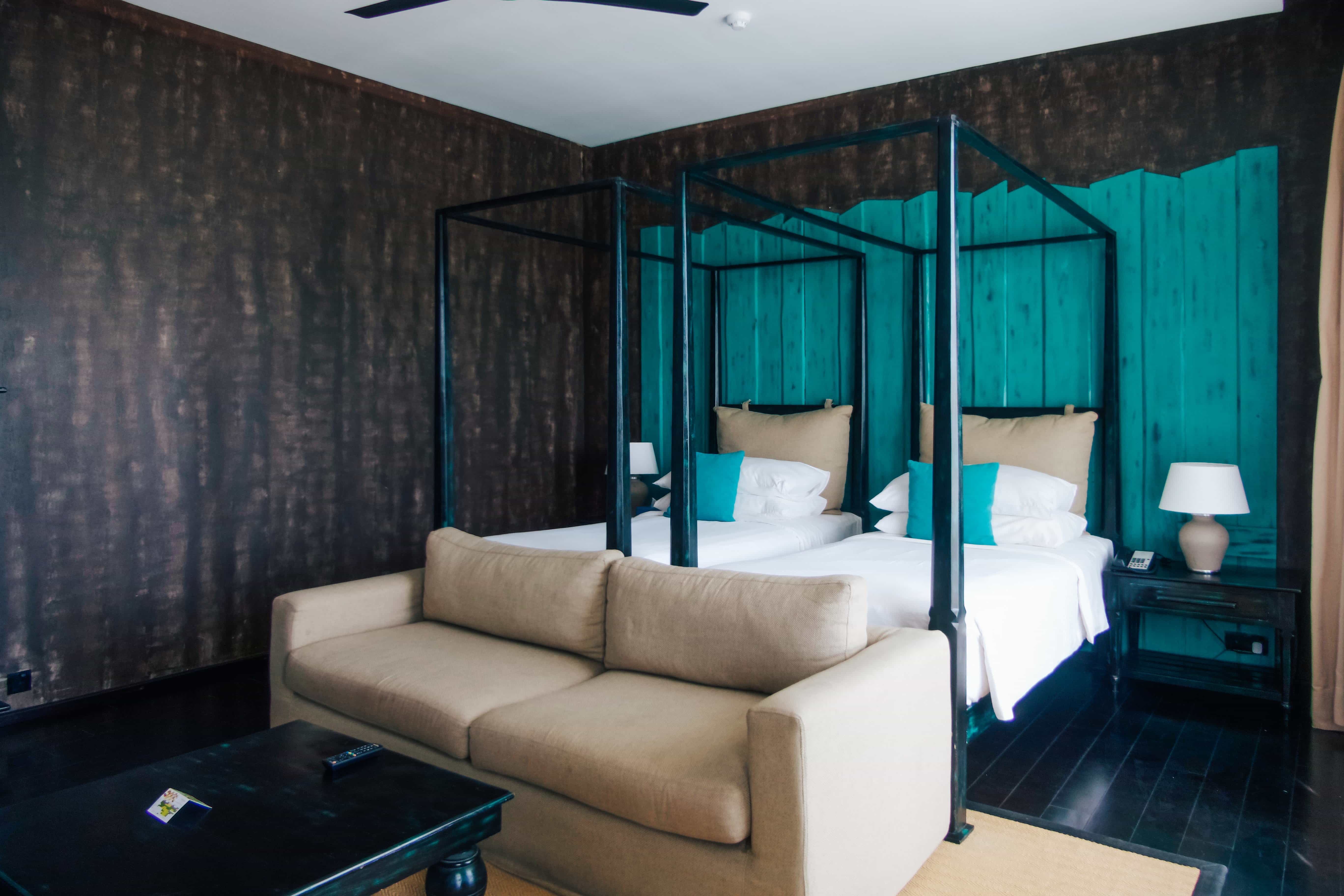 The resort wasn’t busy during the day – as most people were out on game drives – and so we felt like we had the whole place to ourselves and spent our time exploring the premises. After a quick dip in the pool (who could refuse when it looked so nice!)…

…we took the beach path down to Jetwing Yala’s private beach. 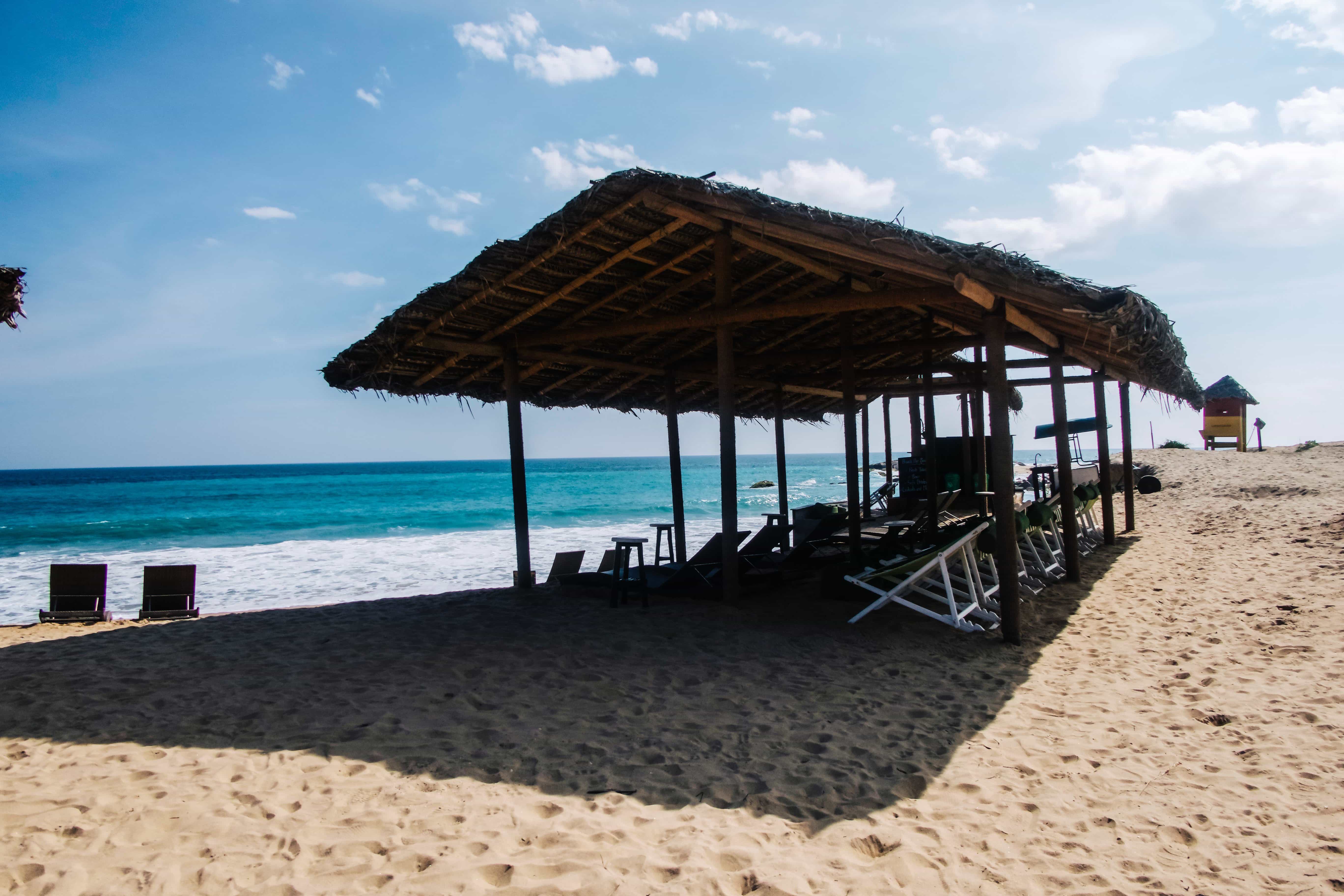 It’s actually one of the only places on the Southern Coastline near Yala that has water safe enough to swim in. To ensure that each guest is comfortable, they have an entire lifeguard staff on duty with all necessary rescue equipment as well. The beach was absolutely serene — not only was it a gorgeous, peaceful beach, but there was a very relaxing lounging area and beach bar. The staff on the beach will make you up a beach bed if you would like so that you could lounge in comfort and soak up the views. 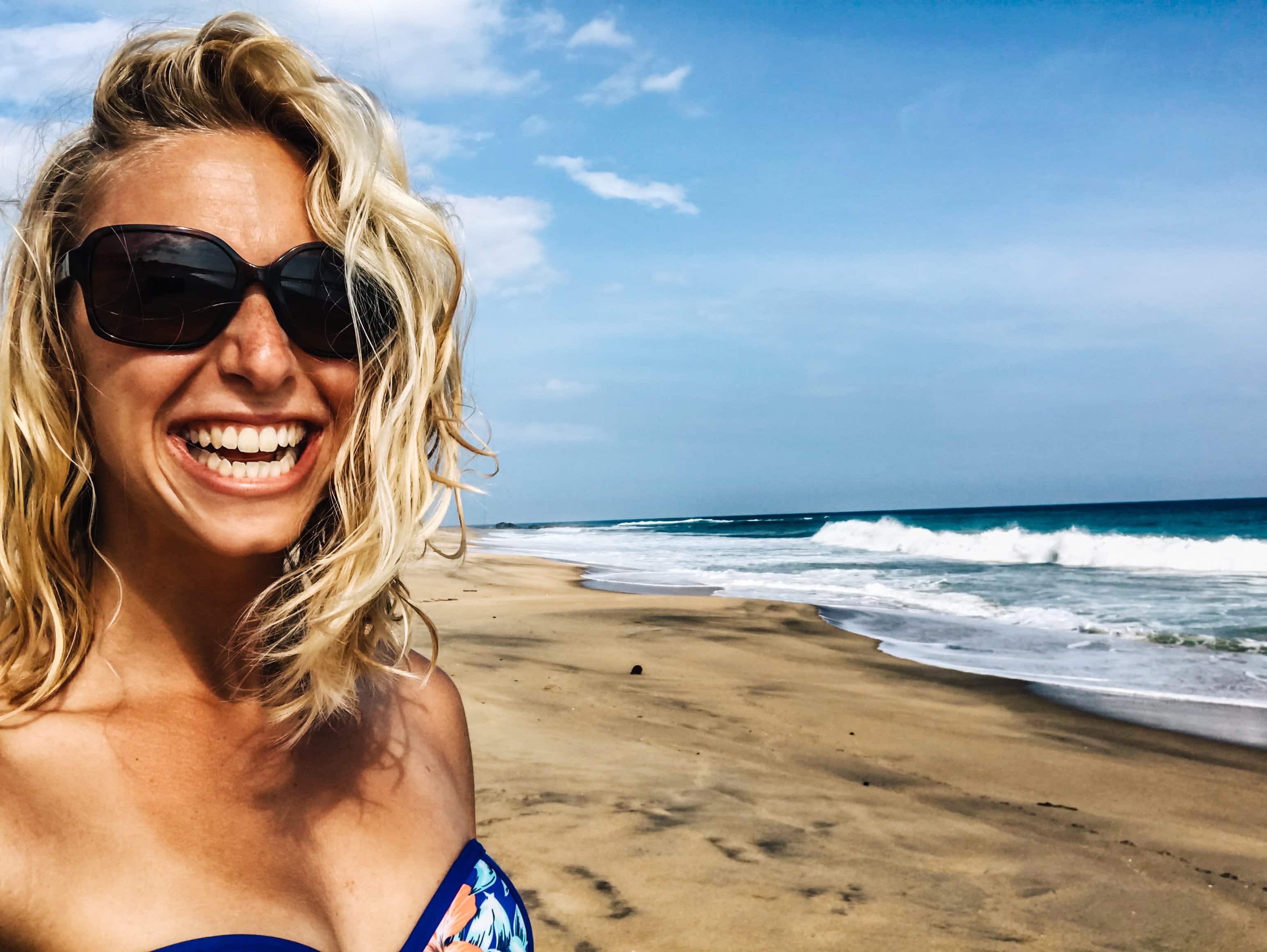 When one of the beach boys approached me asking if I wanted to see crocodiles – and I agreed – we set off on a 1km walk down the beach, passed the local fishing villages, to a lake full of crocodiles laying out at dusk. 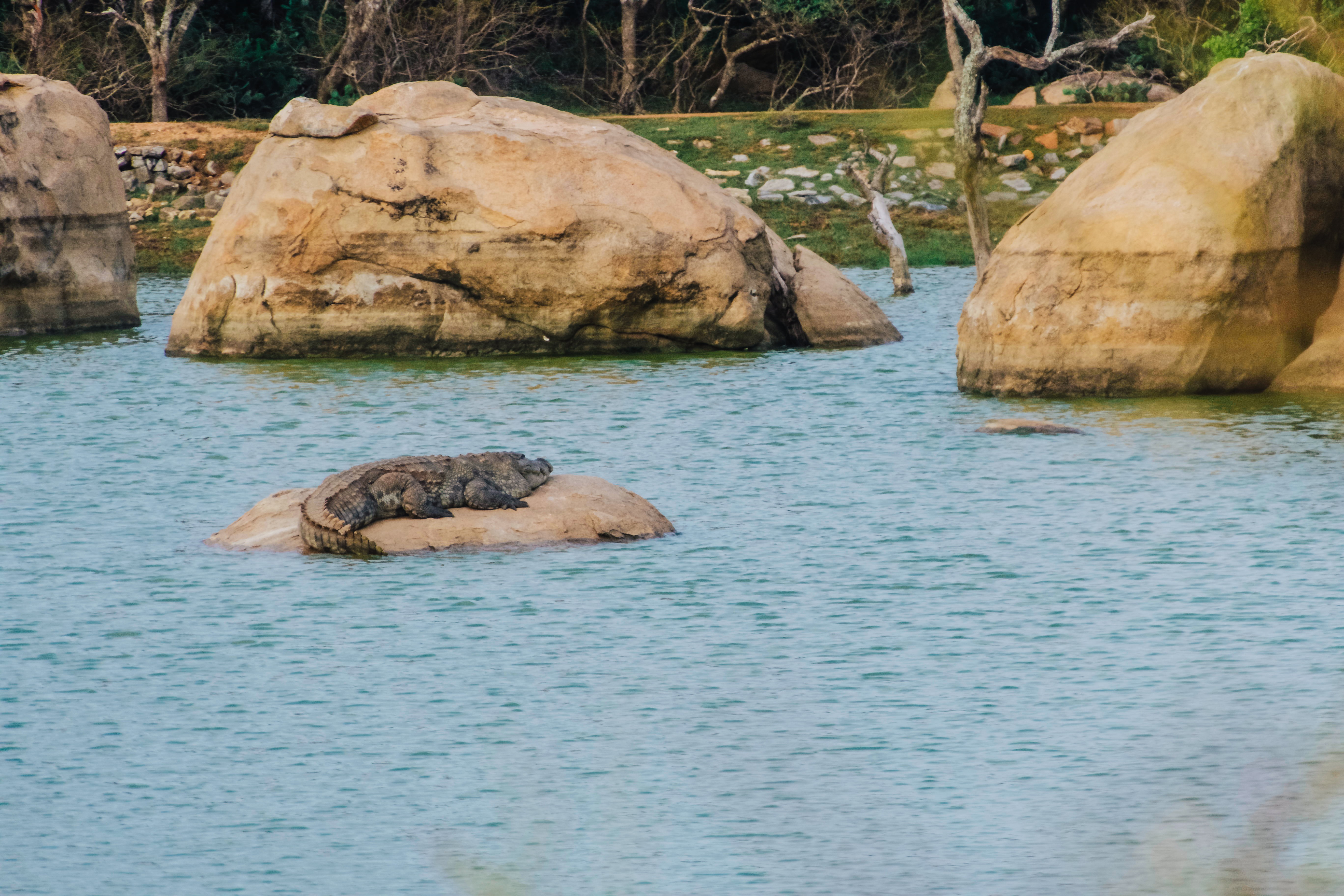 While the crocodiles were cool to see, I just so enjoyed the walk that we went on down such a pristine beach (and seeing some elephant footprints along the way!). 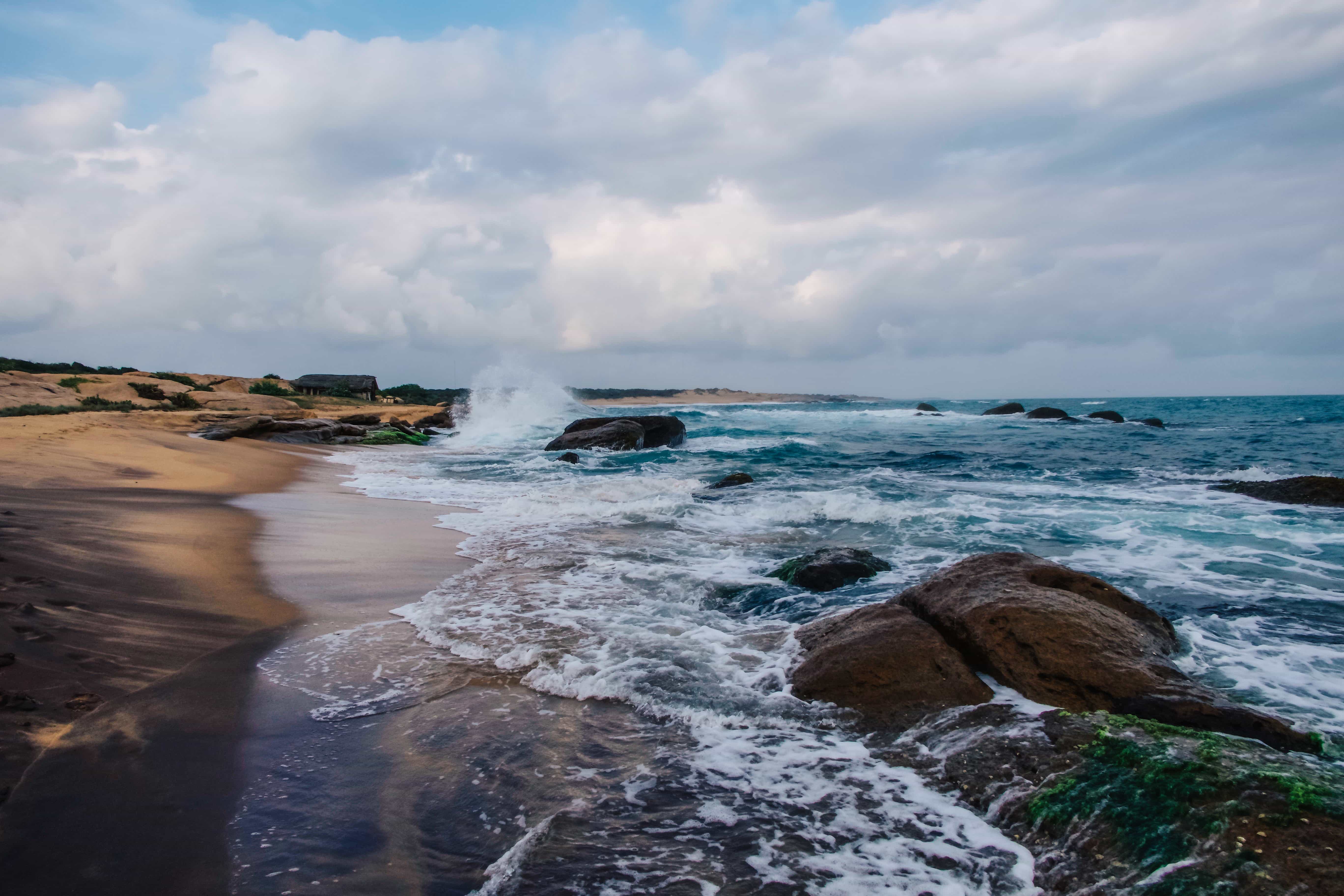 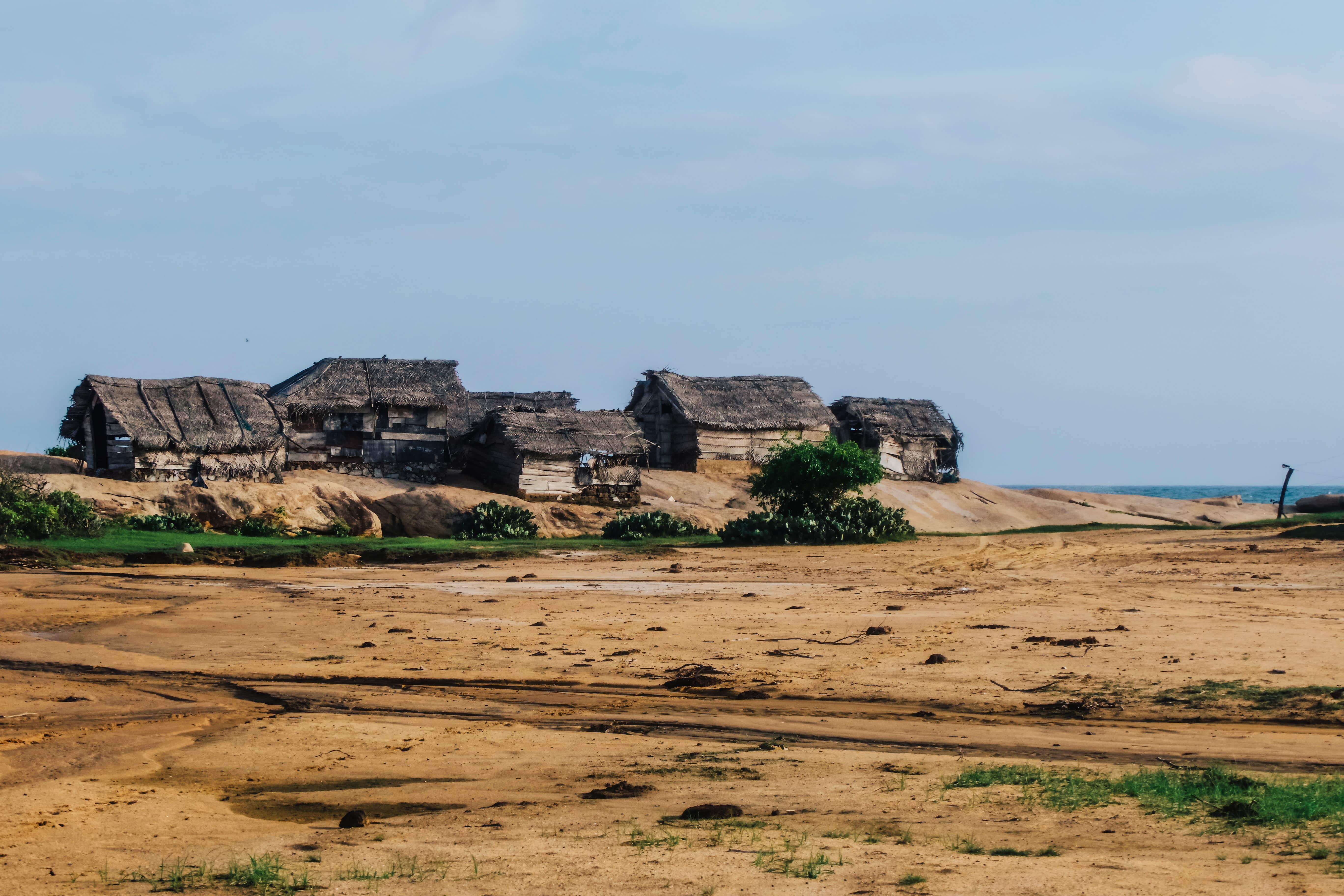 We got back right in time for sunset, which was an absolute stunner. I was actually in another area of the resort, yet one of the employees came over to grab me to ensure that I didn’t miss sunset, which was so thoughtful! The sky turned all different shades of pink and was a beautiful end to a relaxing day. 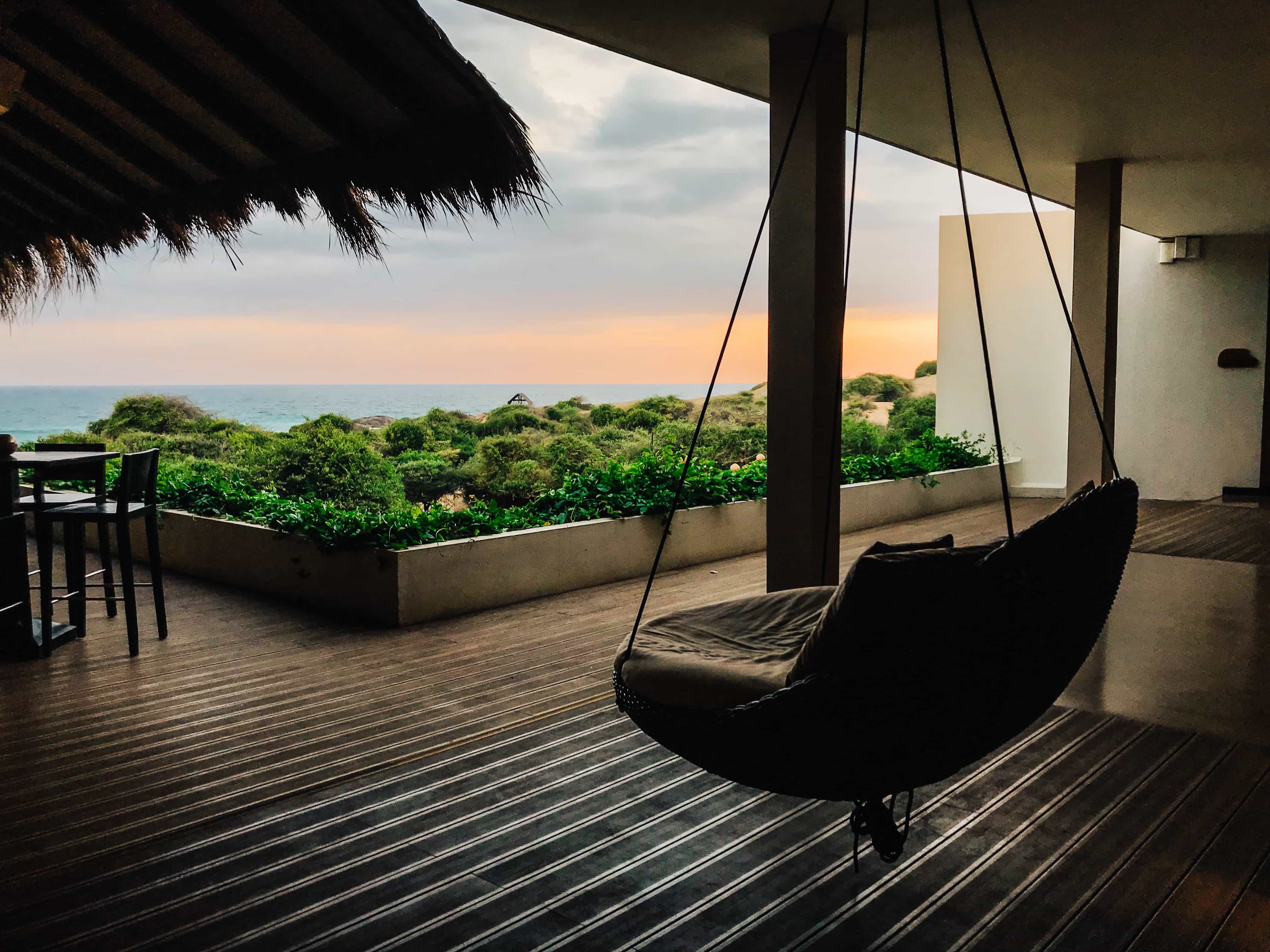 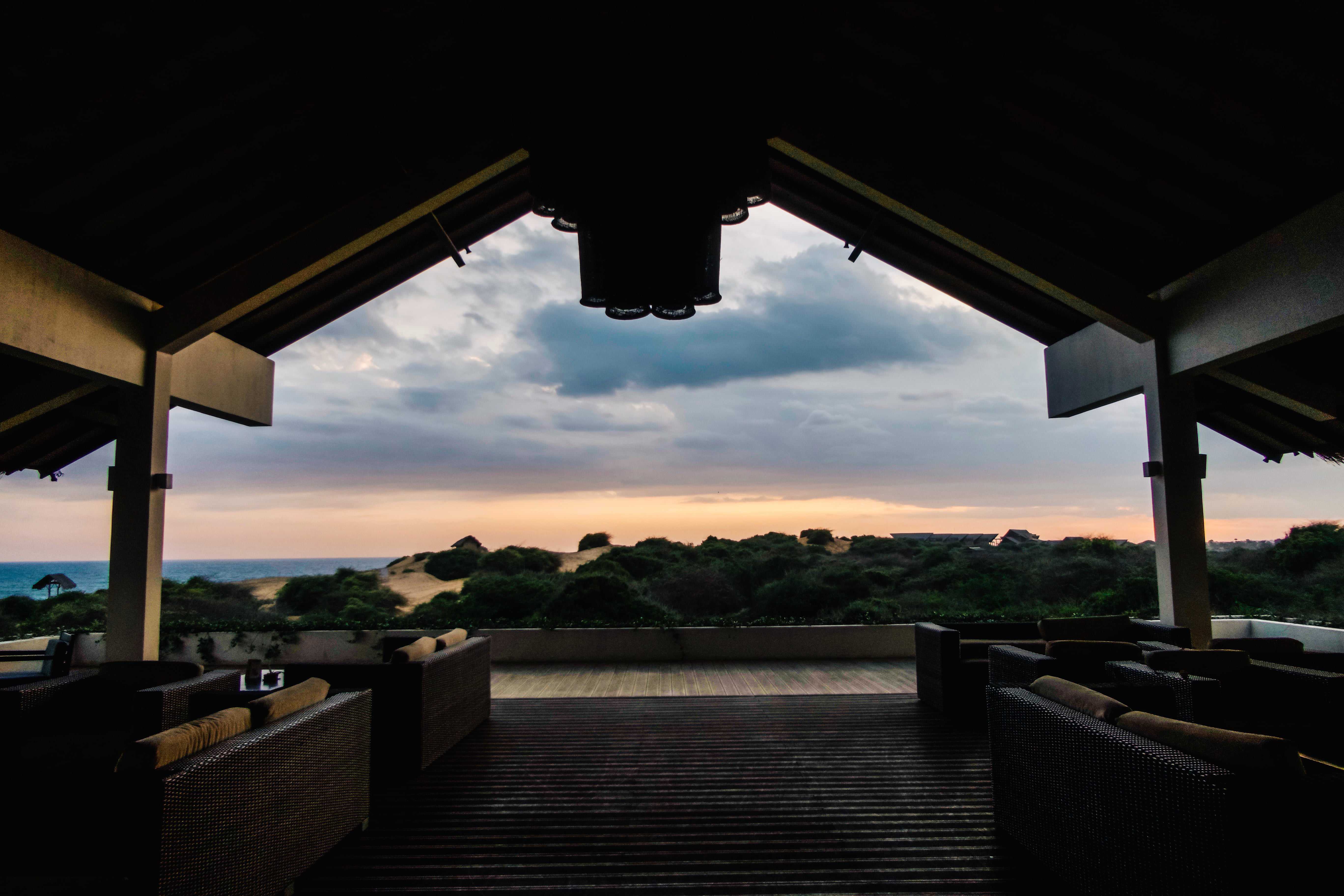 For dinner, we decided to try out Thambapanni, an Asian fusion restaurant. My paneer with red kidney beans and beets was as flavorful as could be. If you’re not feeling fusion, the Jetwing Yala also has an on-site buffet restaurant with a la carte options. 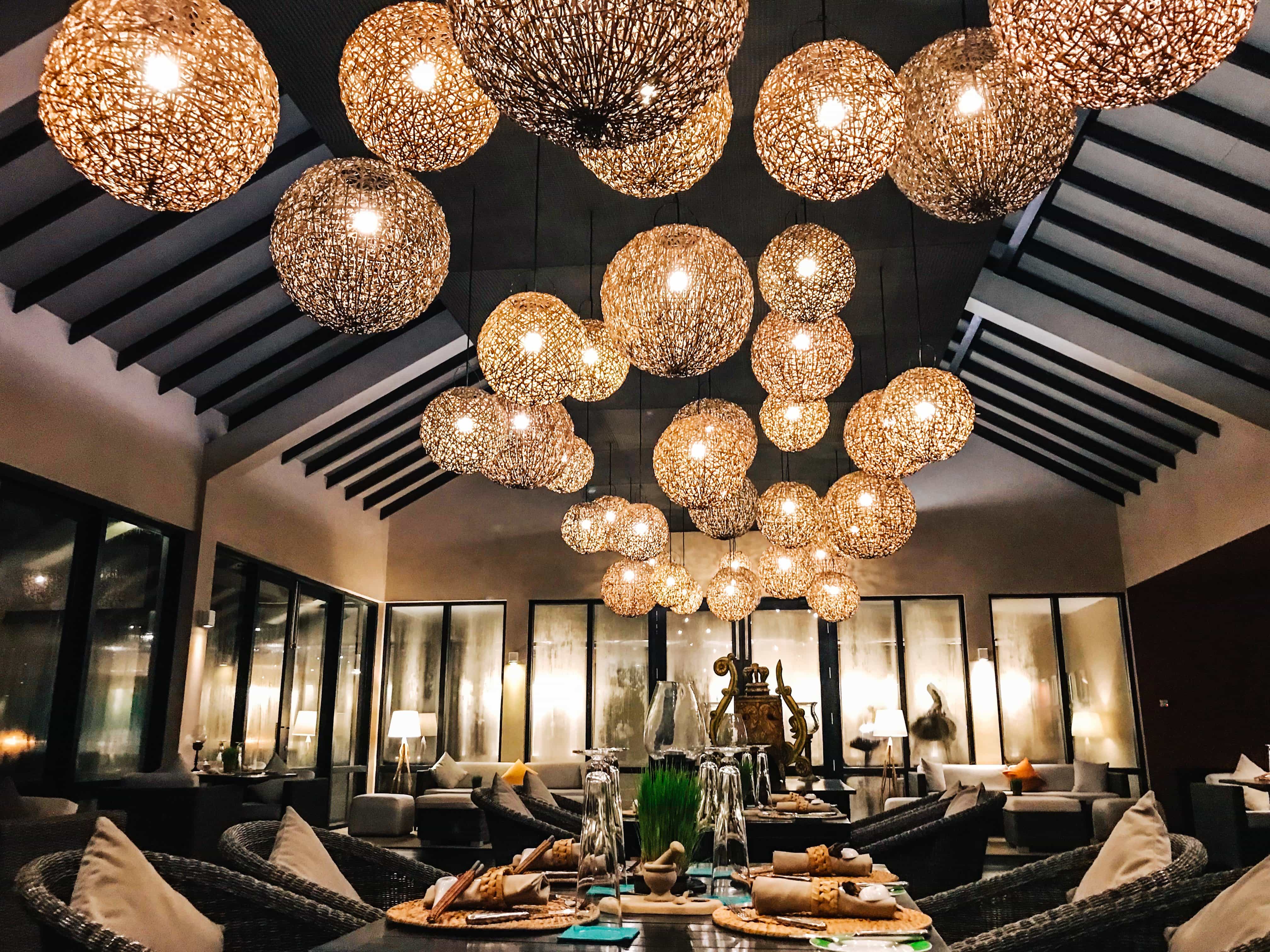 We called it an early night, since we were to be picked up for our morning safari at 4:30am the following morning. As we hopped into bed, we realized that waking up so early was going to be extra difficult because the beds were just so comfortable! Jetwing Yala, accustomed to people leaving early for game drives, made sure that we wouldn’t miss out on breakfast and packed us a to-go breakfast of a sandwich, egg, muffin, banana, fruit juice, and water. 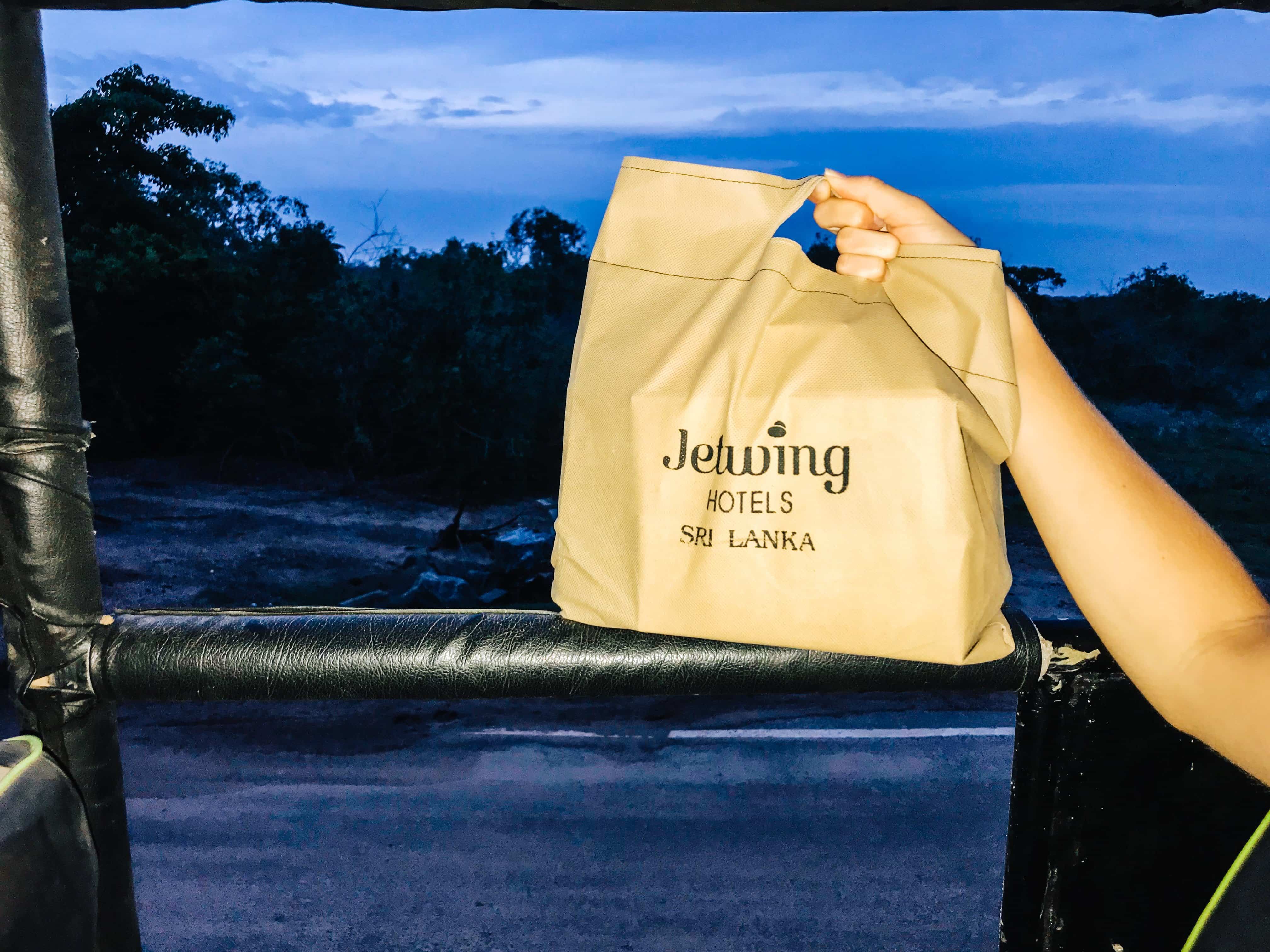 It was more than enough food and quite enjoyable to eat it on our Jeep within the park. You can easily spend a week at Jetwing Yala basking in relaxation or venturing greater into the National Park (with a guide of course) in search of more wildlife. 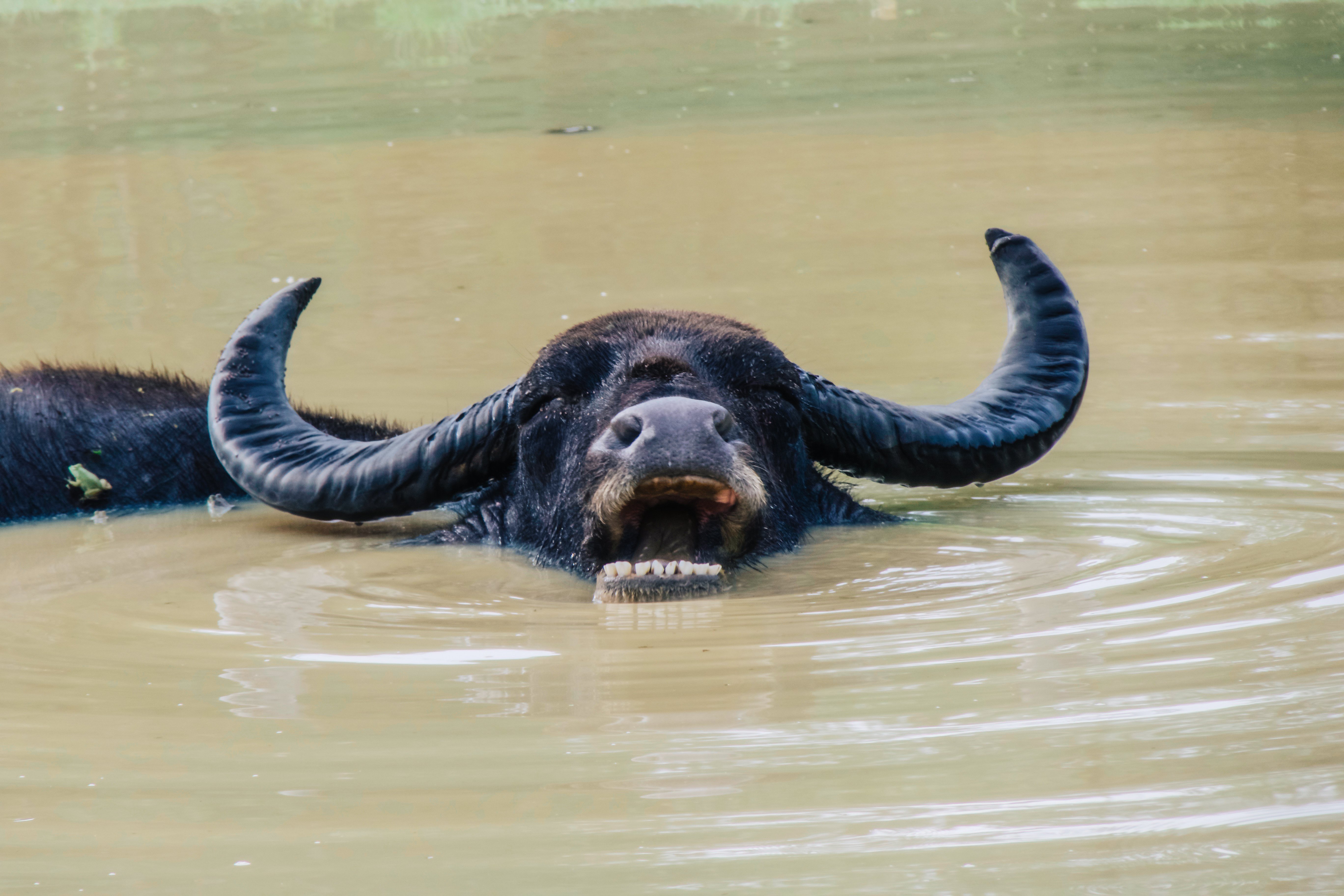 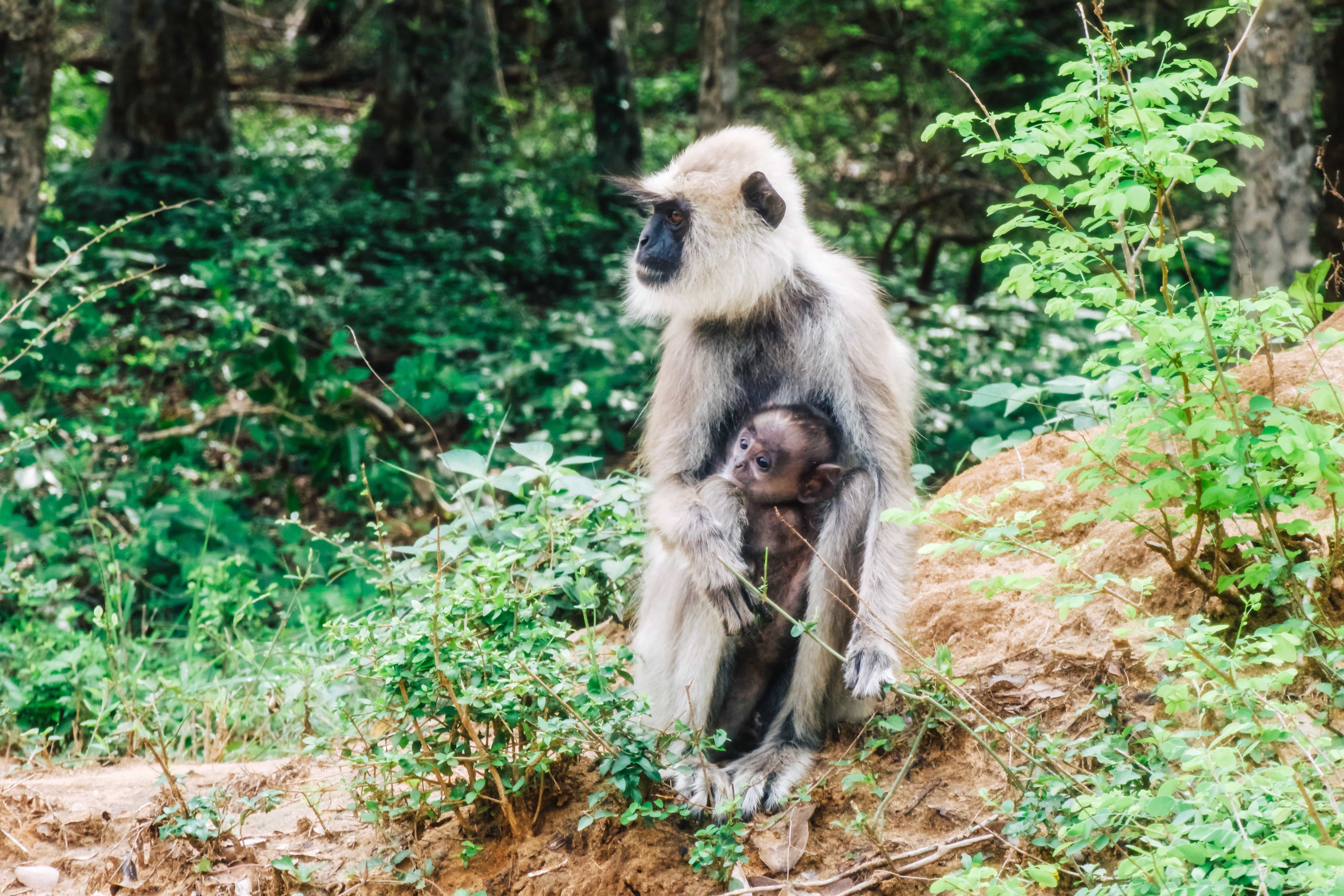 I’ll surely be back sooner rather than later to spend more time at Jetwing Yala and the rest of the Jetwing Hotels spread throughout Sri Lanka.

Oh, and for anyone wondering, YES an elephant has walked directly into the lobby of the Jetwing Yala. Check out the video – I hope you have as good a laugh as I! 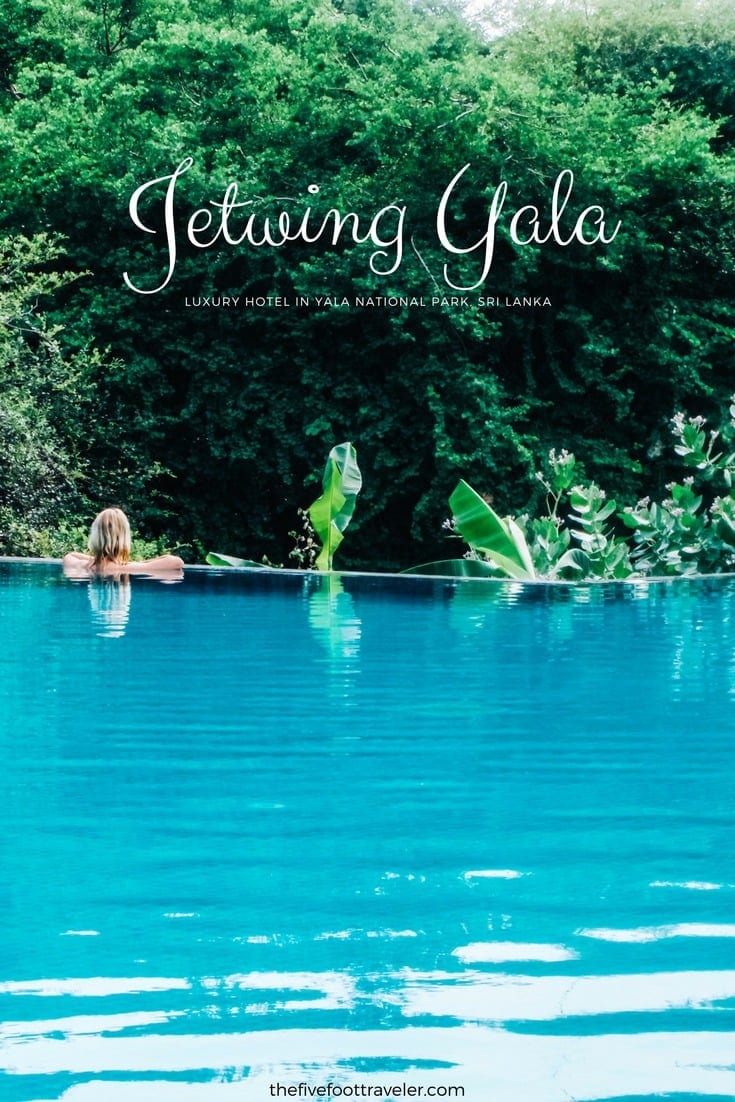