We woke up early to head to Jerash, located in Northern Jordan near the Syrian border. After spending almost four hours in the car going in and out of sleep, we arrived at the site of the ruins of the Greco-Roman city of Gerasa (modern day Jerash), which was founded in 2000 BC. 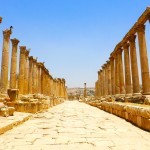 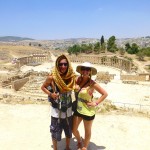 Once considered part of the Decropolis, Jerash is the only one of those cities whose streets you can wander; it is the perfect example of what a Roman city used to look like, considered by many to be one of the best preserved sites of Roman architecture in the world (outside of Italy). In fact, only 40% of Jerash has been uncovered, while the other 60% remains beneath the soil. This town felt like a Roman village. From the earthquake-proof Corinthian columns, to Hadrian’s Arch and the Hippodrome, to the Temples of Zeus and Artemis, to the Cardo Maximus, Oval Forum, and beyond, you can truly picture what Jerash looked like many lifetimes ago. 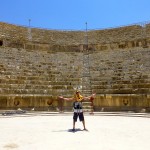 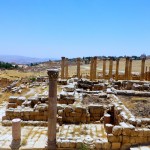 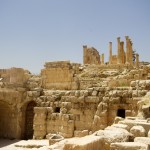 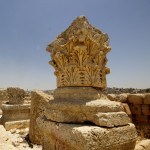 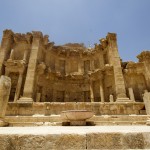 At lunch that afternoon, our guide taught us about Ramadan – Mercy Month, or the Month of Fasting, considered to be regarded as one of the Five Pillars of Islam. To begin the following morning at 4am, Jordan (and a large majority of Muslim countries) were to fast during all hours of daylight every day for one month, from dawn to sunset. It’s compulsory for Muslims to begin fasting upon reaching puberty, with some exceptions (the sick, the pregnant, the nursing, the babies, etc.). In Jordan, those unable to fast have to give to a poor person the most expensive meal they have in their house, or the equivalent of that in cash. According to our Jordanian guide, the idea behind Ramadan is to feel what a poor person feels on a daily basis, in turn becoming a better person and feeling mercy for others.

Post lunch, we drove to Madaba, which is best known by its Byzantine and Umayyad mosaics, specifically for the large Byzantine-era mosaic map of the Holy Land. The Madaba Mosaic Map was discovered in 1896 and preserved in the floor of the Greek Orthodox Basilica of Saint George. It is an indexed map of the region, depicting hills, valleys, villages, and towns in Palestine and the Nile Delta. It illustrates 6th century landmarks, with the Cardo Maximus and the Holy Sepulchre quite visible. Mosaics aside, Madaba was once a Moabite border city, mentioned in the Bible in Numbers 21:30 and Joshua 13:9. 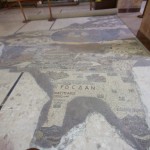 From Madaba we drove to Mt. Nebo. According to the final chapter of Deuteronomy, Moses climbed Mt. Nebo right before he died, and it was there that he looked out upon the Promised Land (that he would never enter) for the first time. After his descent from Mt. Nebo, he died in the city of Moab; no one is exactly sure where he is buried. Atop Mt. Nebo, approximately 2,680 feet above Sea Level, there is a panoramic view of the Holy Land, the valley of the River Jordan, Jericho, and Jerusalem on a clear day. 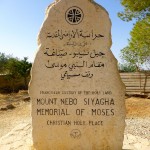 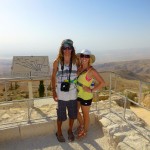 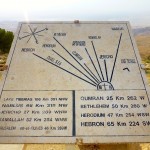 Pointed in the direction of the Holy Land is the Brazen Serpent Monument, symbolic of the bronze serpent created by Moses in the Wilderness (Numbers 21: 4-9) and the cross upon which Jesus was crucified – “Just as Moses lifted up the snake in the wilderness, so the Son of Man must be lifted up” (John 3:14). 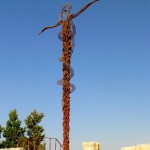 We drove to our accommodation for the night: Mujib Chalets, aka a hut overlooking the Dead Sea. We got there right before sunset and I decided that I wanted to go for another swim in the Dead Sea. Me. The water. The mountains. Not a soul in sight. Solitude. We watched a beautiful sunset from our patio, relaxed a bit, and passed out early. 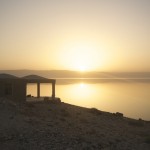 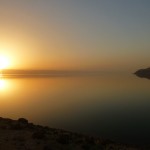 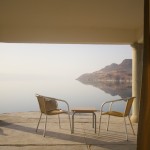 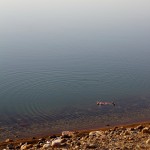