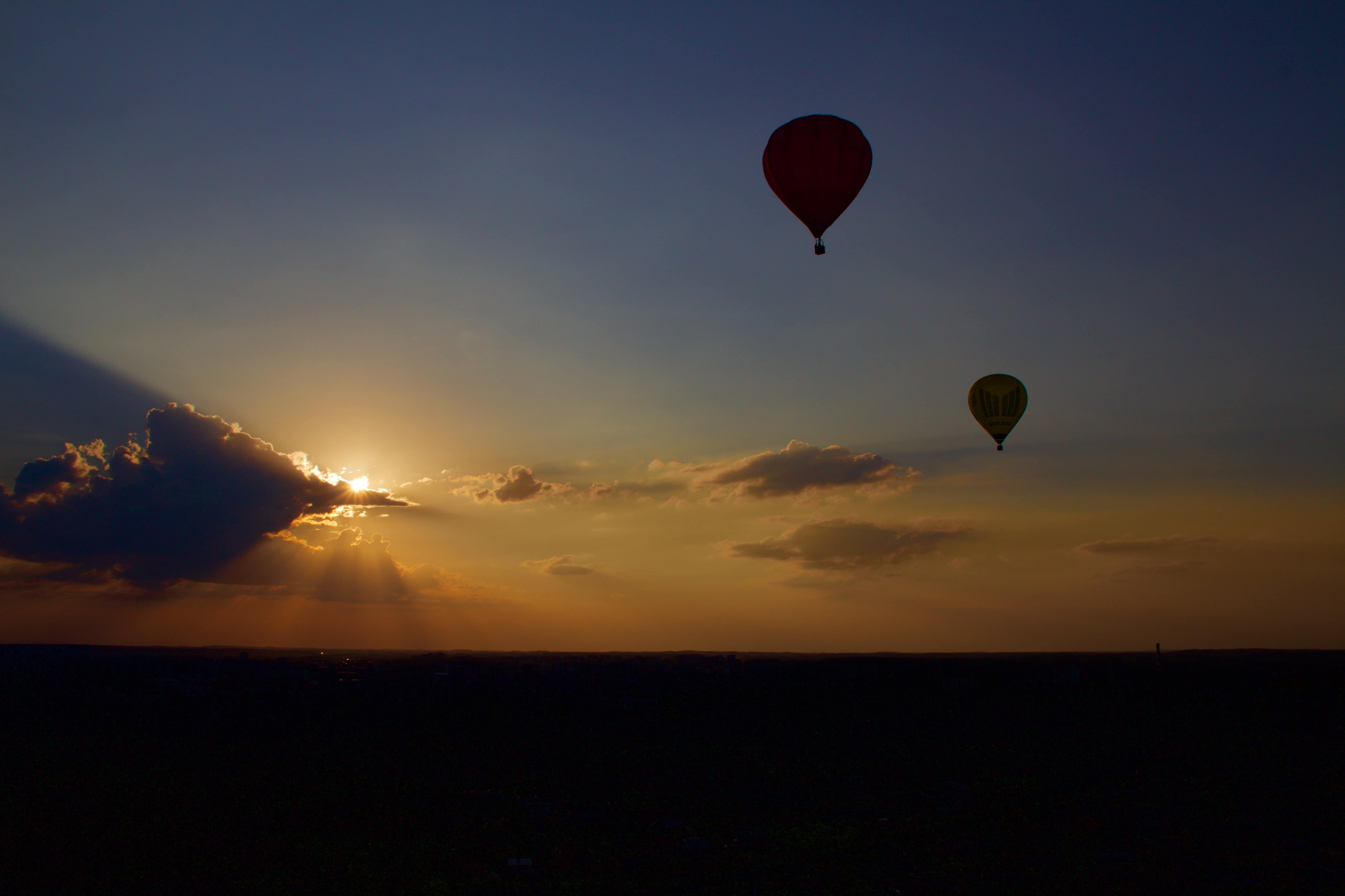 As the Soviet Union was beginning to crumble though, people were beginning to take up ballooning. Naturally, there were no balloon producers within the Soviet Union, so those looking to purchase one needed to buy them from Hungary. The issue was that the Soviet currencies were worth nothing, and so Hungary wouldn’t accept their money. The Lithuanians were determined to make it work though so, as an alternative, they bought several hundred TV sets in Lithuania and exchanged them to buy two gliders produced in Lithuania, and then they were able to exchange those two gliders for two hot air balloons in Hungary. What a hassle!

While the Soviet Union was collapsing and opening the borders between countries, some of the most well-known balloon pilots decided to make a balloon championship in the USSR. It was hosted in Vilnius in 1989, and twenty balloons from all over the world, of all different shapes and sizes, took part. Ever since, the city of Vilnius has been crazy about balloons. In fact, ten to twelve balloons fly over this Lithuanian capital every day! 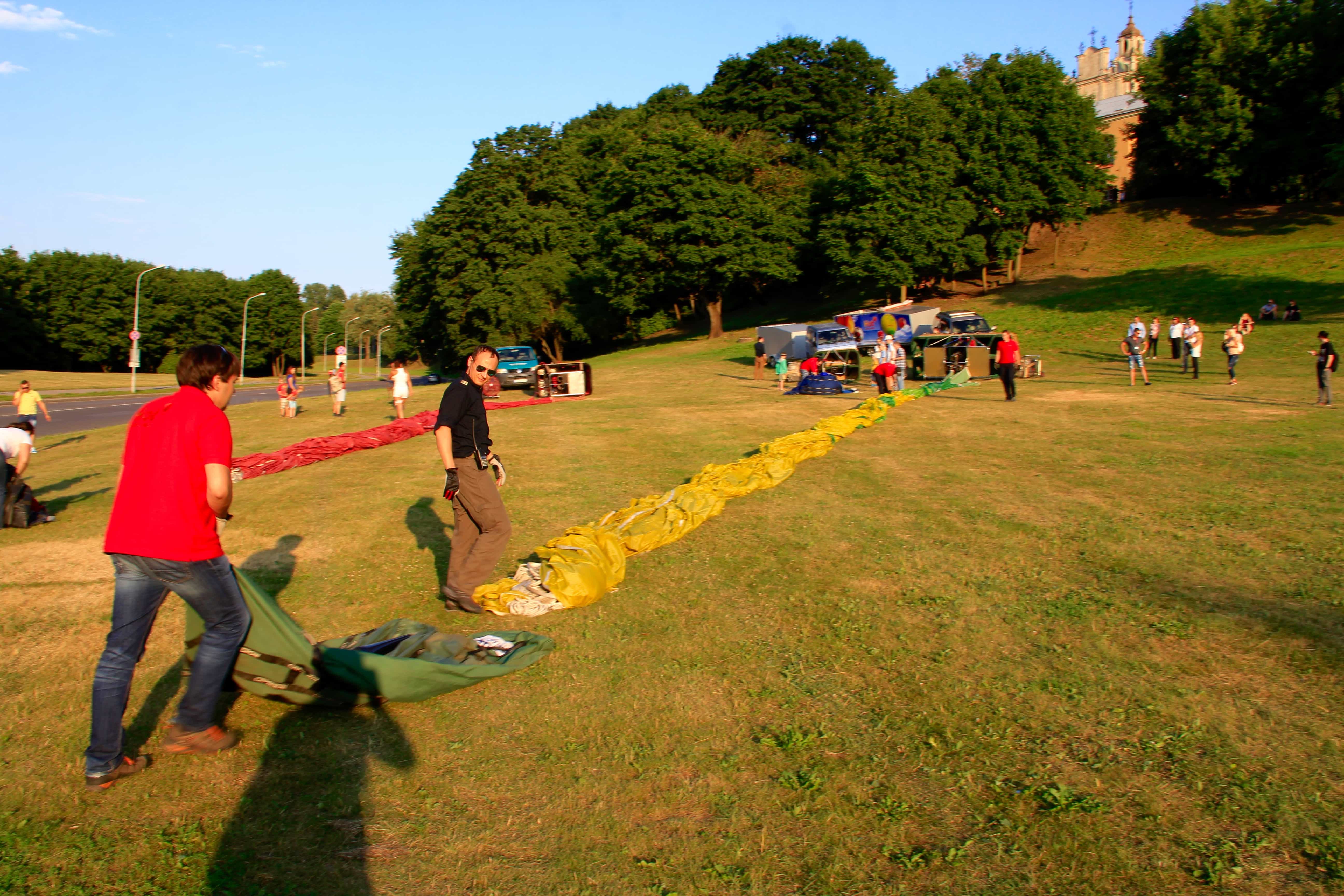 With a history like that, who wouldn’t want to journey to Vilnius and hop on one of their iconic hot air balloon flights? After researching multiple companies, I decided to fly with Oro Balionai, which was renamed to Hot Airlines two weeks prior to our flight in the hopes of appealing to a bigger foreign audience. Currently, a shocking 80% of the people taking a hot air balloon flight are Lithuanian. On one hand, it’s great to see first hand how much Lithuanians love and appreciate the art of hot air ballooning, but on the other hand, I’m genuinely surprised to see that few foreign tourists appear to pass on this incredible activity. If there’s one place in the world to fly affordably, Vilnius is the place to do it. Why? With such a high demand from Lithuanians, they’re not willing to pay hundreds upon hundreds of dollars. Therefore, when your main clients won’t spend more than $100 on a flight, you have to keep the running costs low despite the fact that the company has to pay the same price for the purchase of balloons and insurance of the balloons as every other prosperous company in Europe. 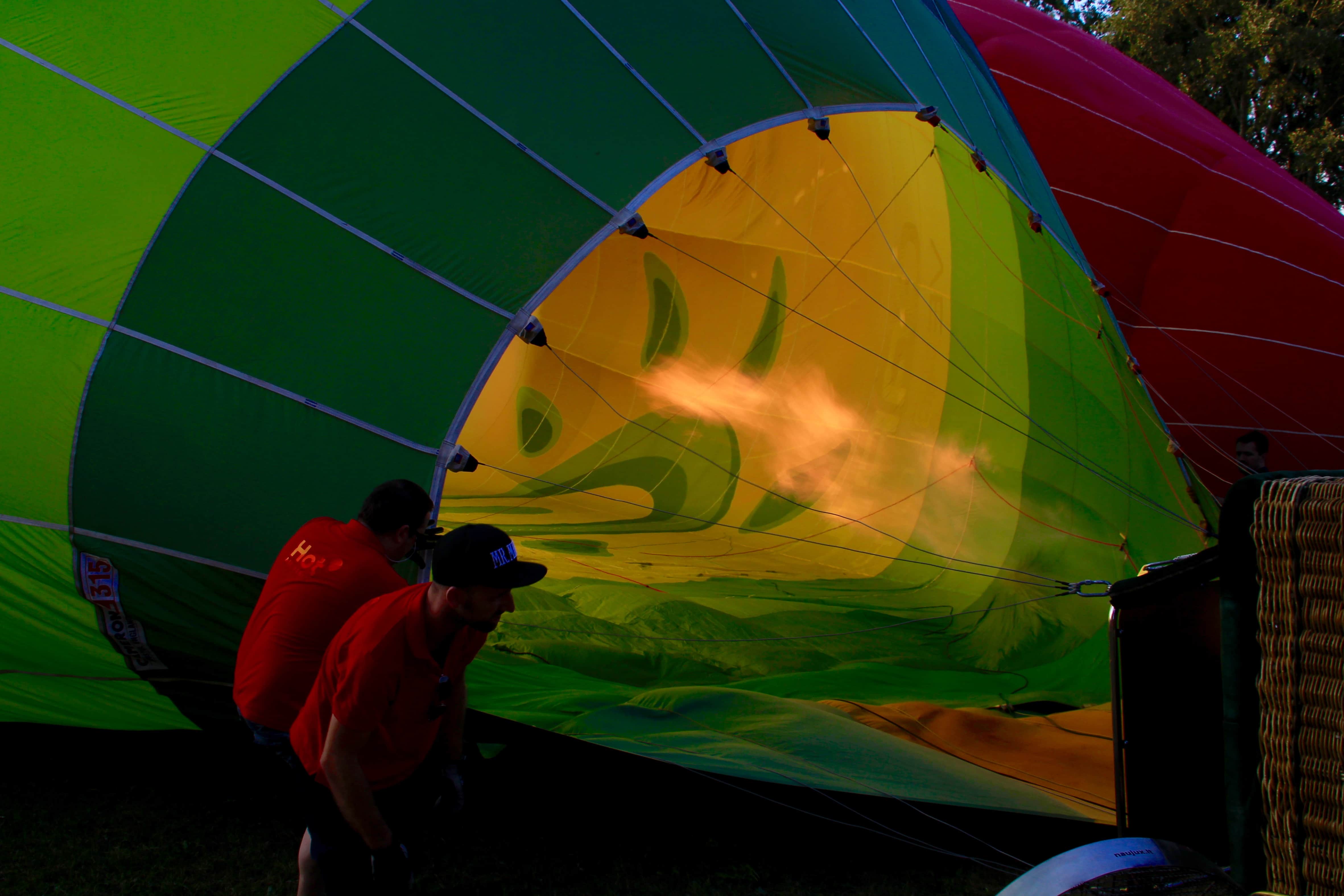 We met our pilot, Vytautas Samarinas, from Hot Airlines at Barbakanas, a flat grassy area near the bastion. We didn’t learn until the end of the trip that he was the owner of the company as well! We were going on his one hour sunset balloon tour over Vilnius and the surrounding areas. Our balloon, the Gariunai, is the biggest balloon in all of the Baltics, holding up to 16 passengers.

It’s crazy just how long it takes for a balloon to properly inflate: a solid 30 minutes! 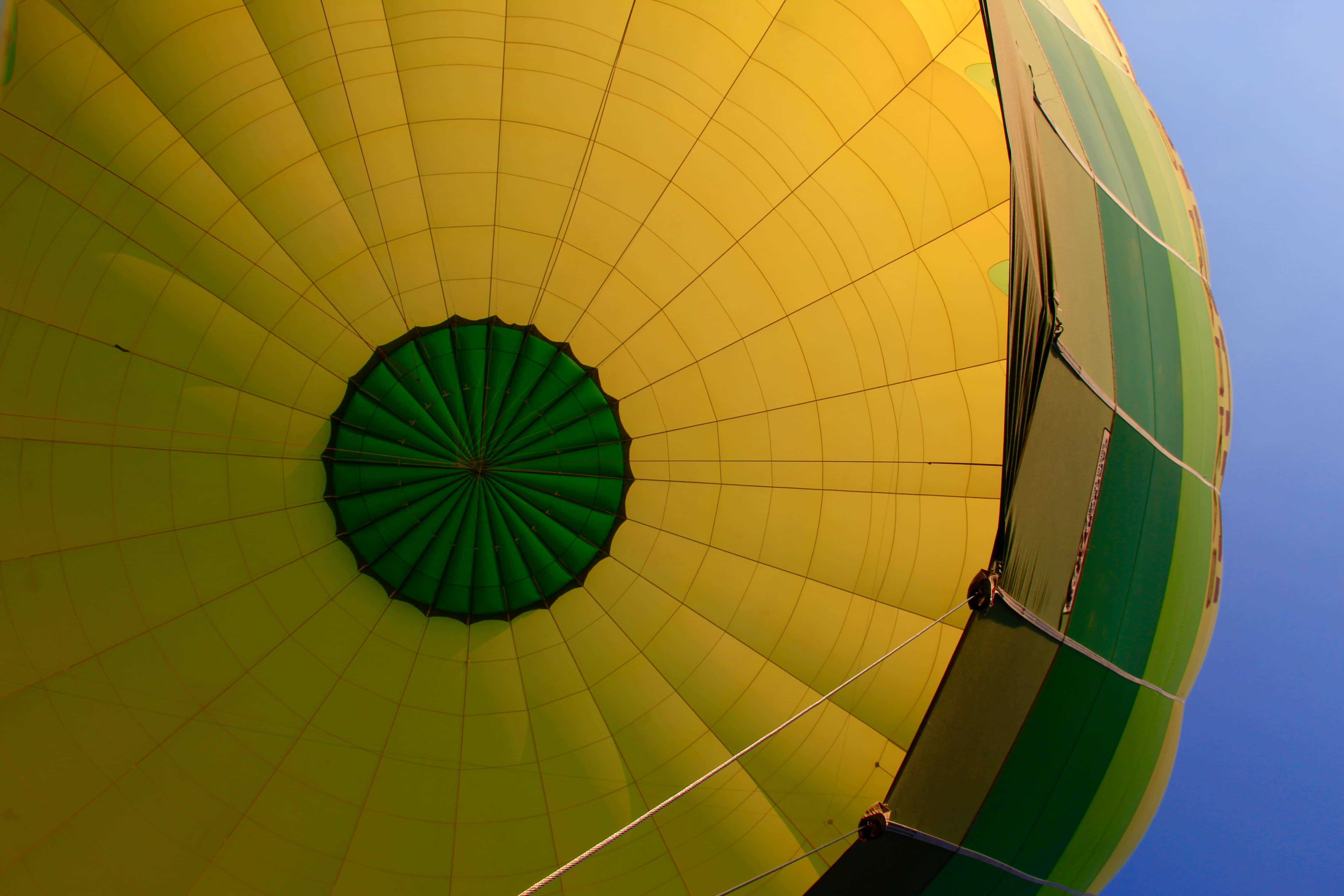 The company was quick and efficient with their time though and, before we knew it, we were flying! The view of Vilnius’ Old Town from above was astounding! 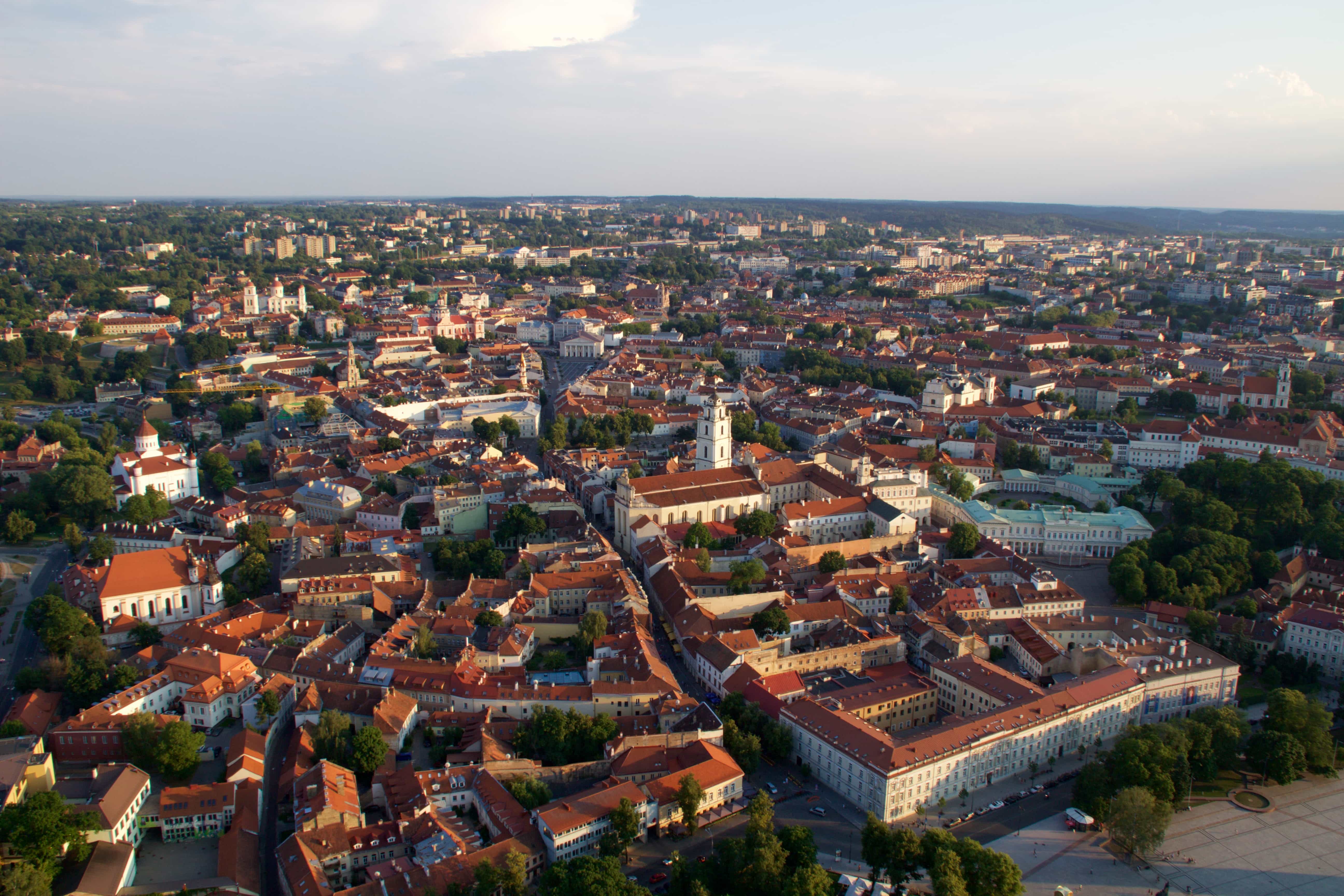 Our pilot from Hot Airlines has been flying hot air balloons for sixteen years and maneuvered the balloon with ease. 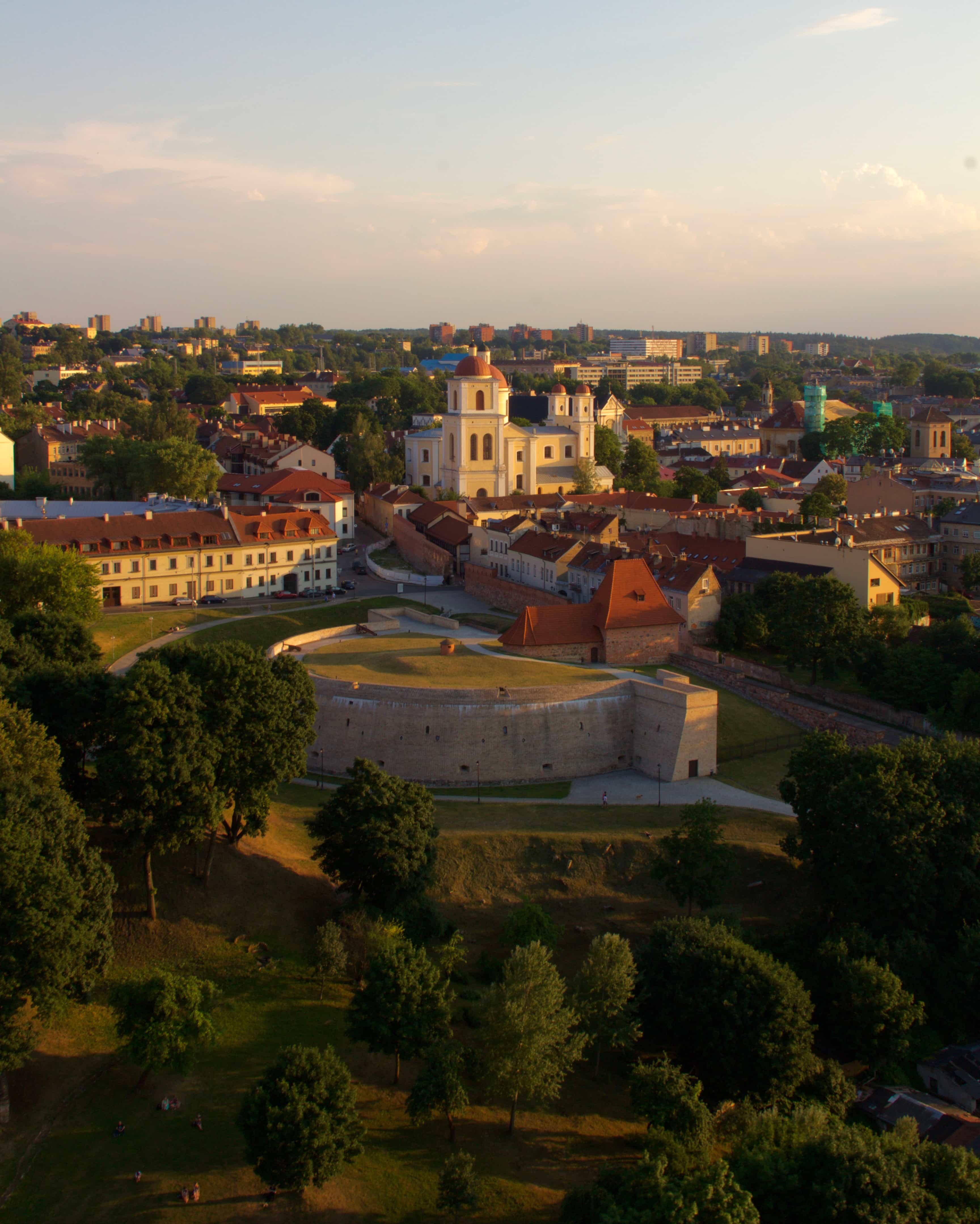 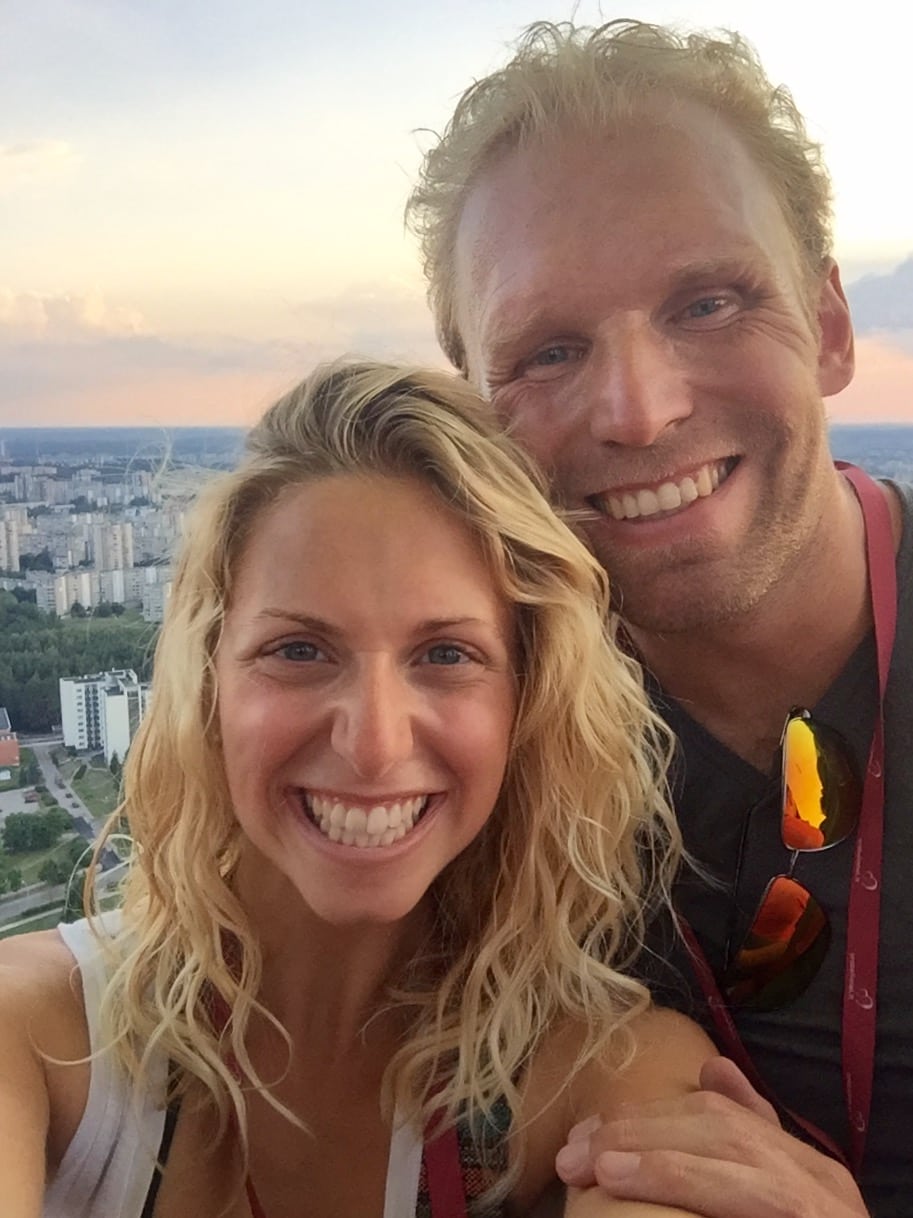 Once over the Old Town, we hit the fields! Say goodbye to buildings and hello to farmland… 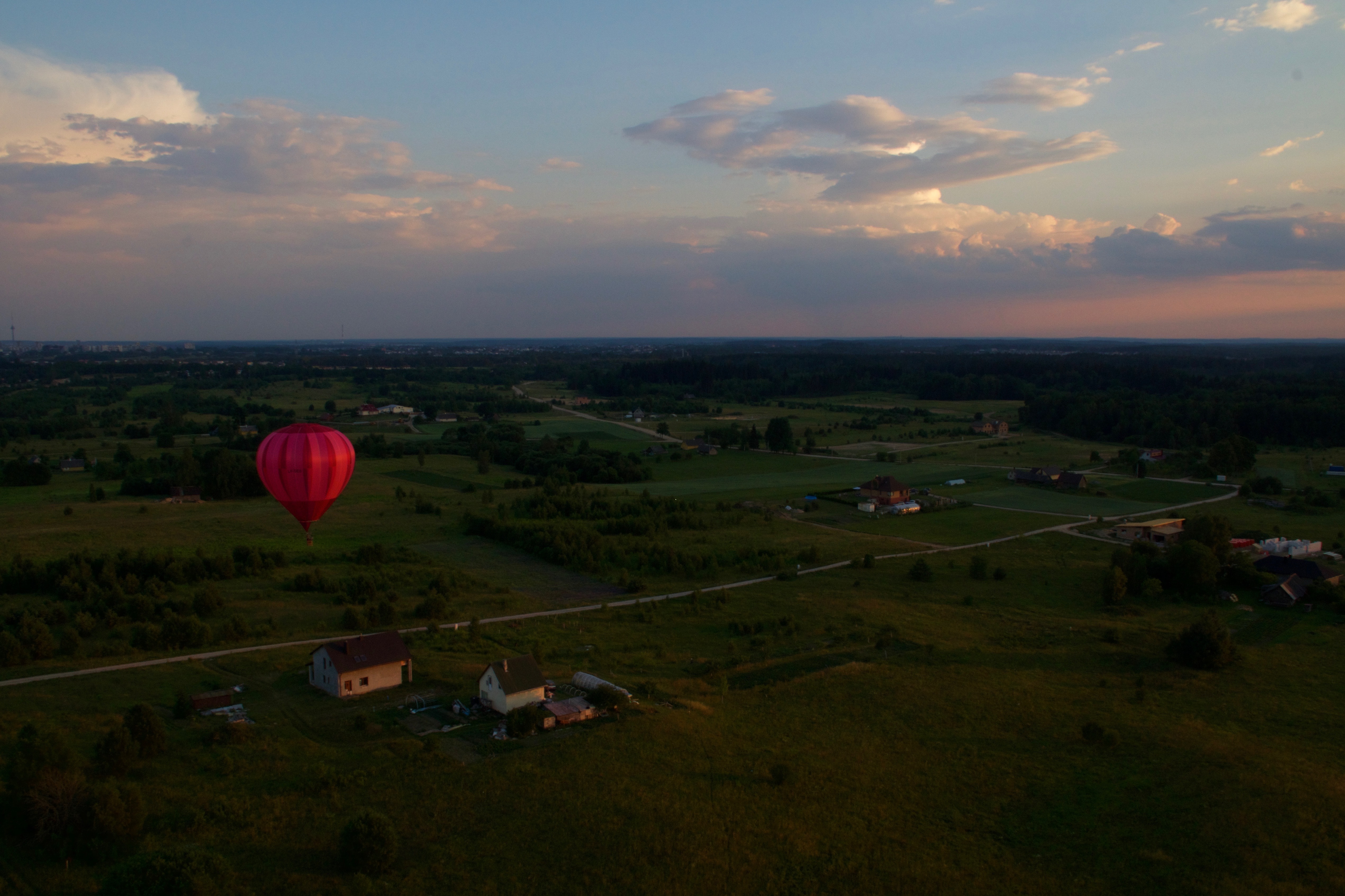 We realized very quickly that everyone loved seeing the balloons above their homes, as we were consistently waved to by the people below — from children to grandparents. 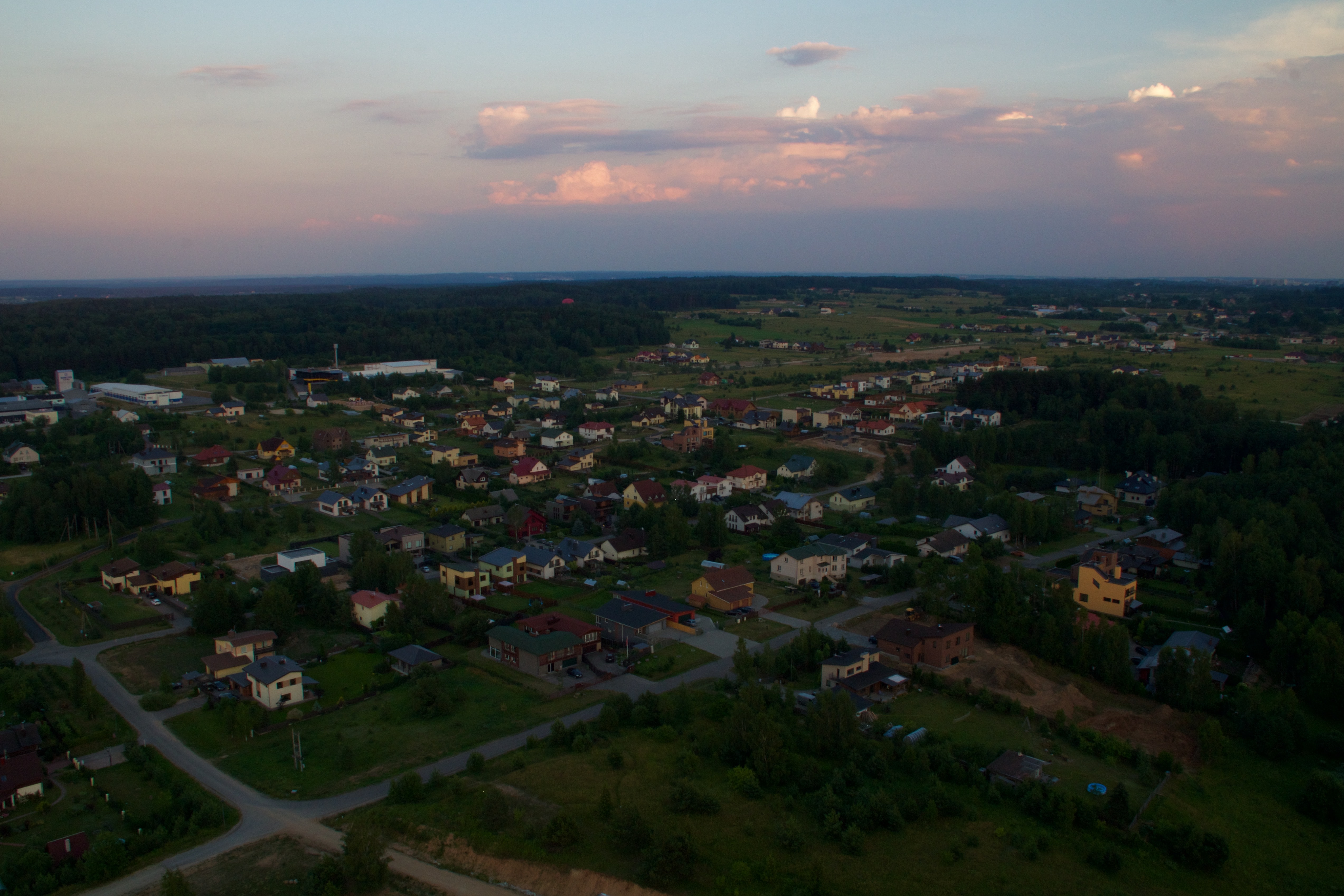 By this point, the sun was setting beautifully. We got truly lucky with our weather as it downpour the day before and was predicted to storm the day after. 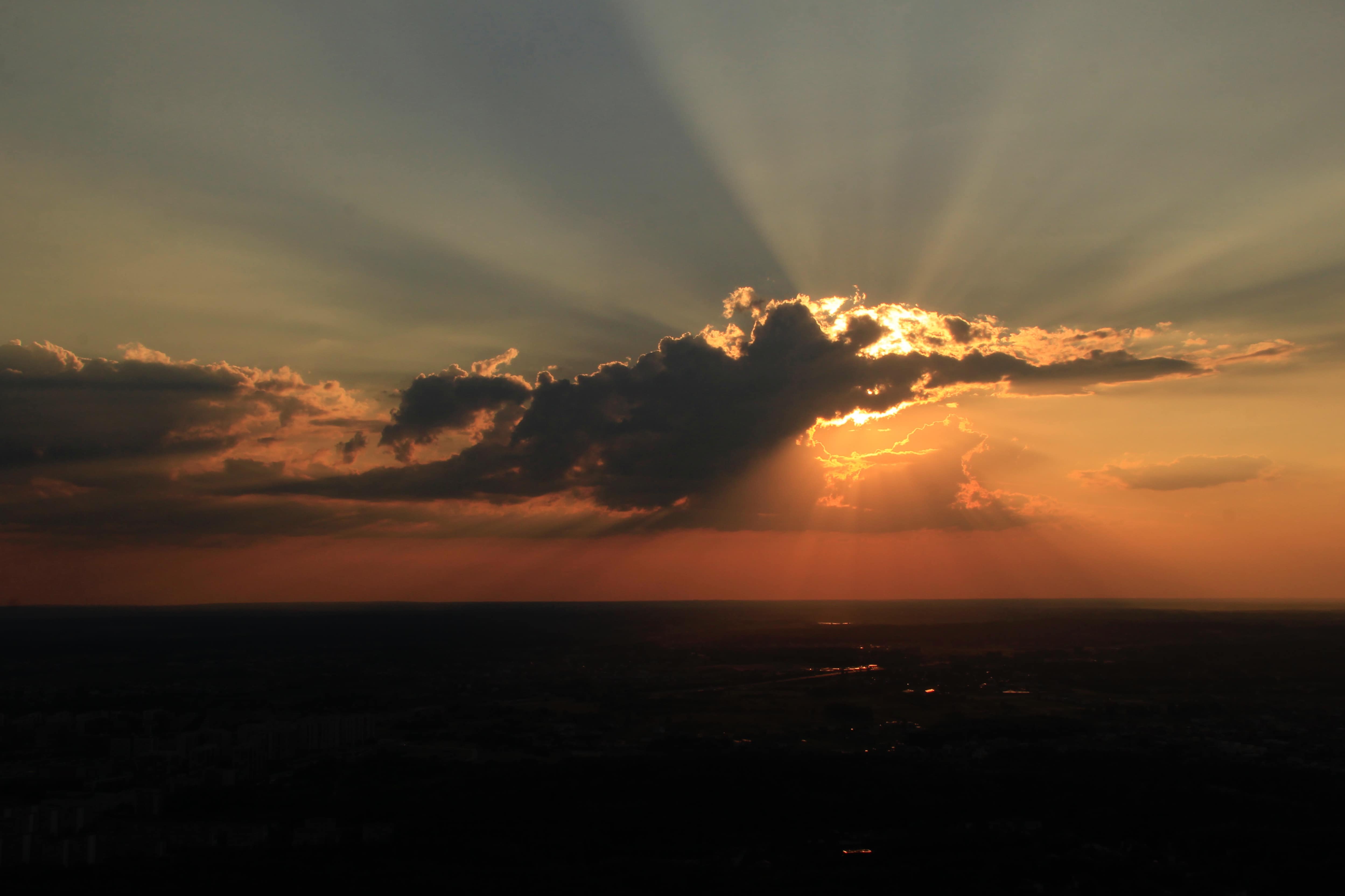 At the peak of color in the sky, we flew above Vilnius’ pine tree area. What a sight! 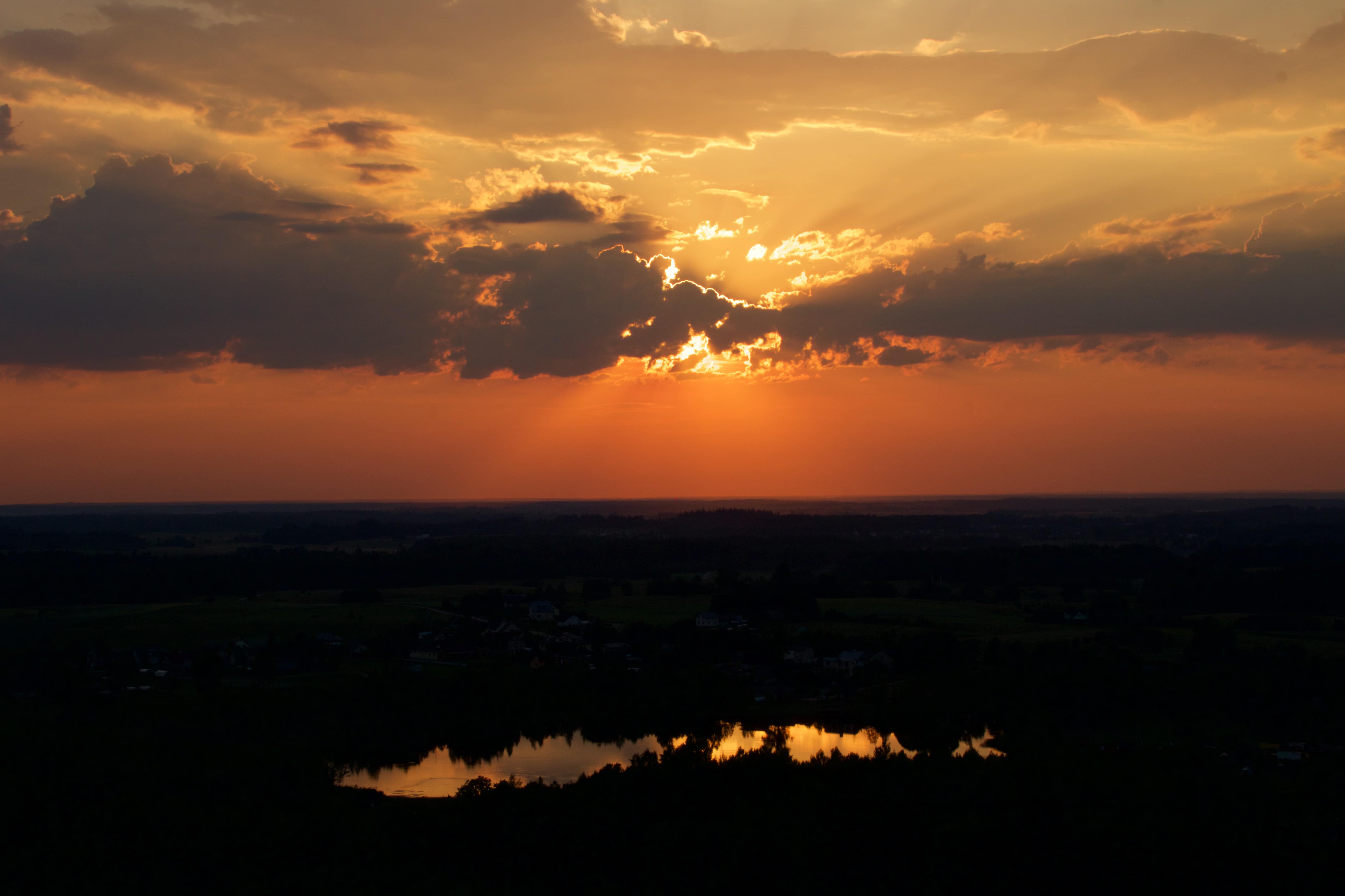 An hour flew by extraordinarily quickly, and, before we knew it, we were smoothly landing in an open field. Hot Airlines packed up the balloon pretty quickly before breaking out two bottles of bubbly. 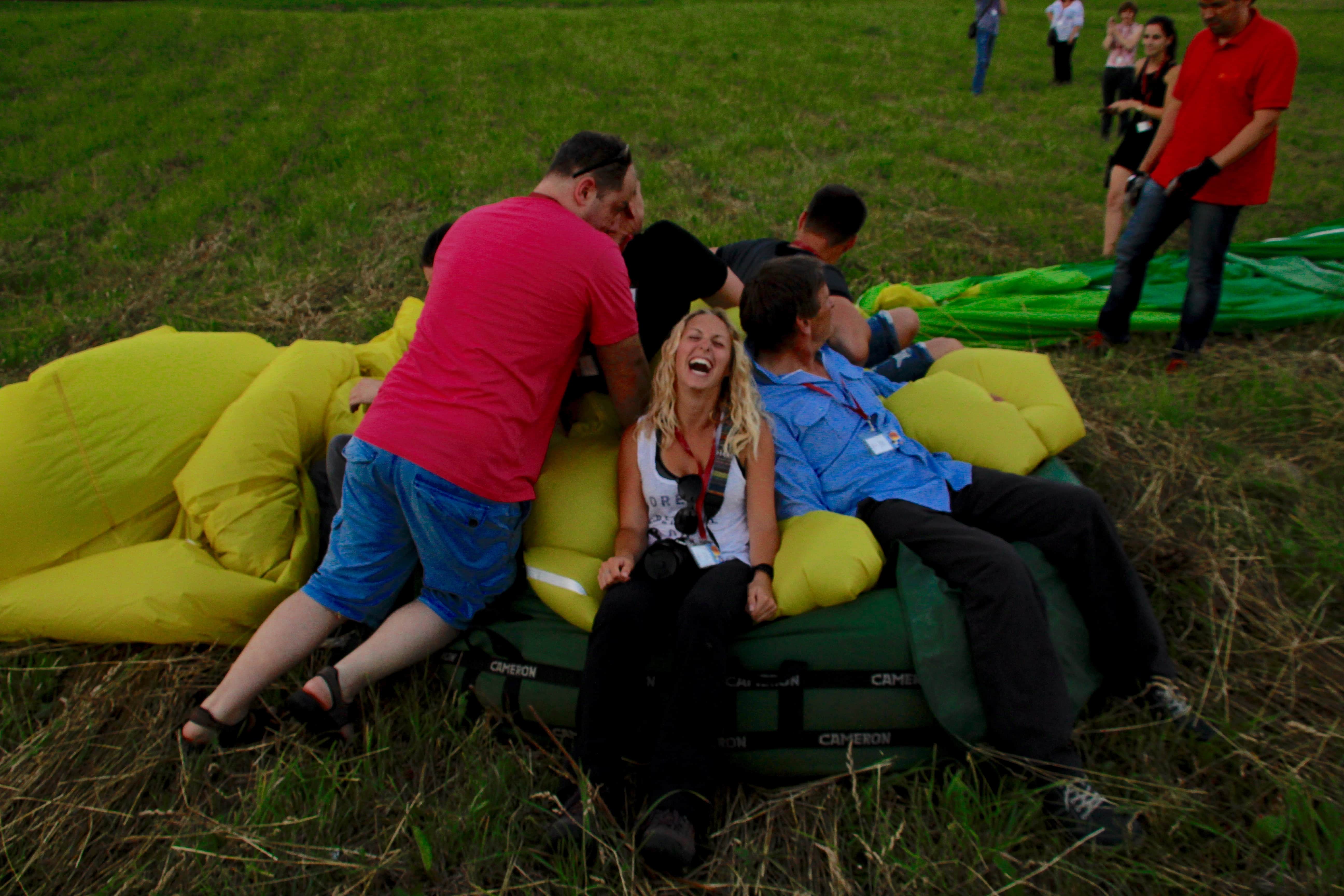 Supposedly, it is a worldwide hot air ballooning tradition to cheers with champagne and a fire ground. What’s a fire ground one might ask? Oh, you know, just when they casually light your hair on fire and put it our immediately with champagne. No, I’m not joking. 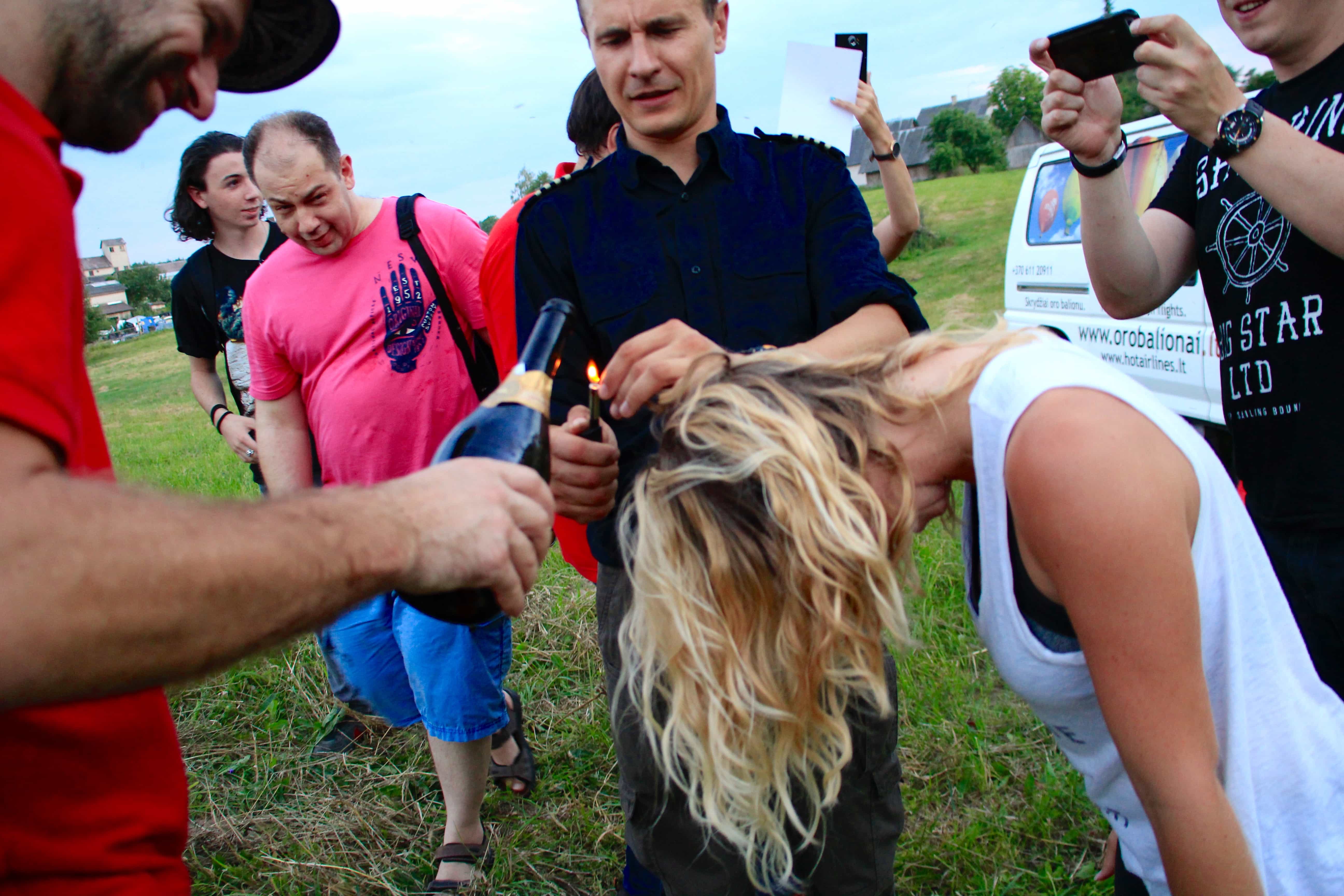 In 1783, France successfully launched its first ever hot air balloon; it was made from paper, used the same type of fire that’s used today, and went about 7 kilometers in twenty minutes. They landed more or less smoothly. With a safe landing, 100,000 people began celebrating the successful flight. Without any valves to control the airflow through the balloon, however, they had a bit of a  bumpy landing; it was a hot air balloon turned bouncy ball. Most of the people in the balloon fell out of the basket and face planted into the mud, while the few that were left in the balloon had some burned hair from the fire while trying to complete the landing. 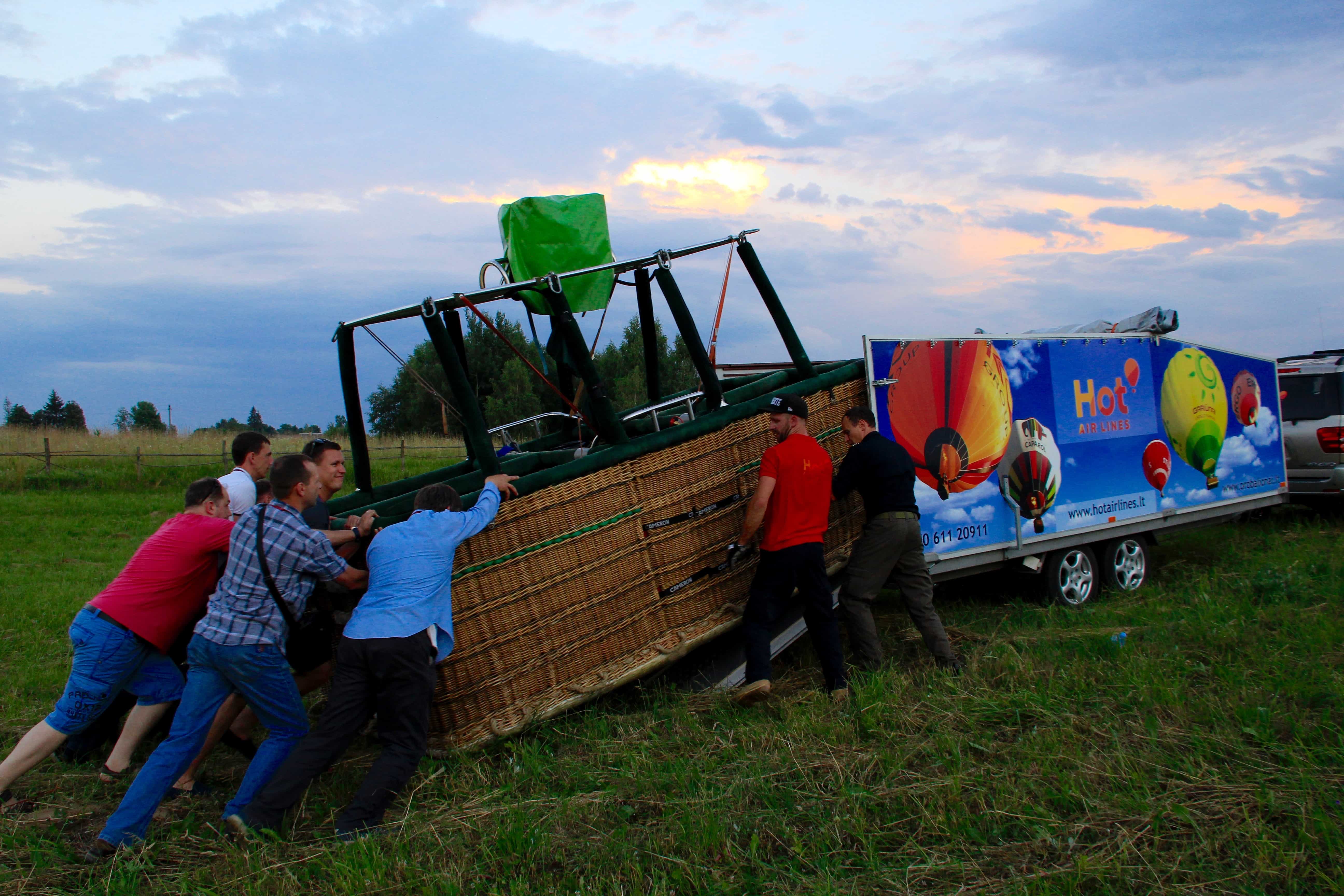 Today, as our feet stand on the ground after the flight, our hair is burned to represent the burned hair of the first landers, and it’s immediately put out to represent the celebration that followed. What a tradition! 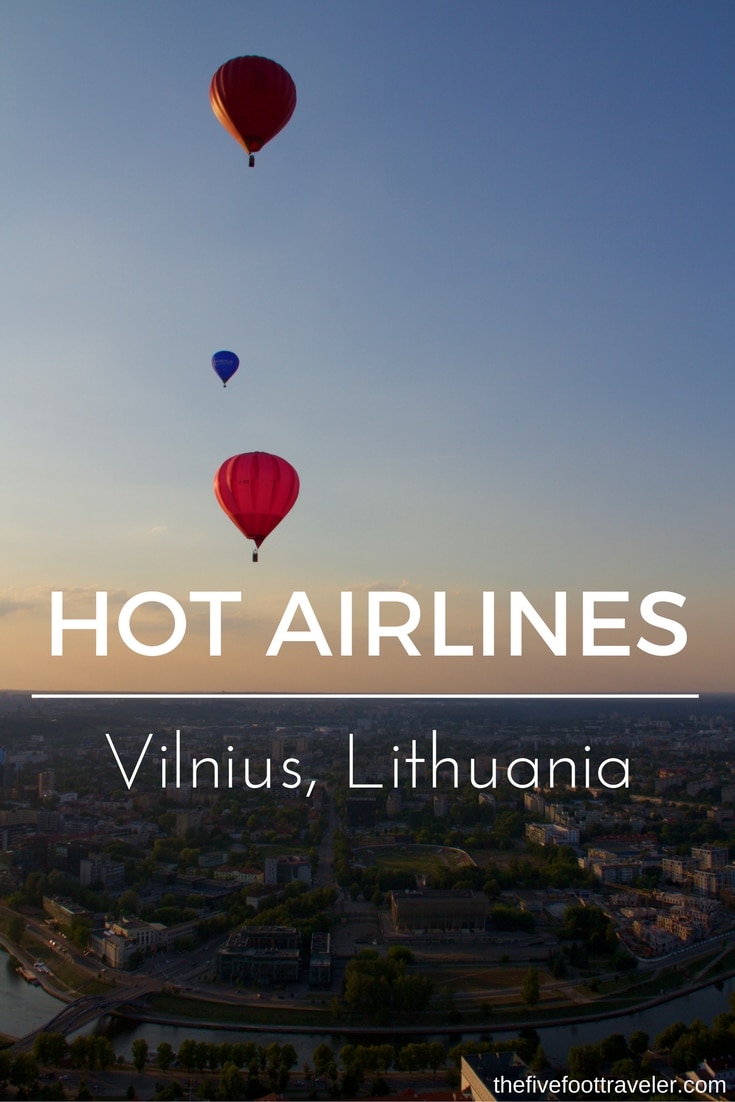 **Special thanks to Hot Airlines for sponsoring our experience. As always, all opinions are my own.