Looking up at the sky to watch a bird glide through the air is something we have all witnessed. It is no stretch of the imagination to state that we have all probably wanted to do the same thing as that bird: fly. There are few experiences that we might say come close to that feeling. One of those experiences is most definitely hot air ballooning. More specifically, hot air ballooning in Cappadocia, Turkey. 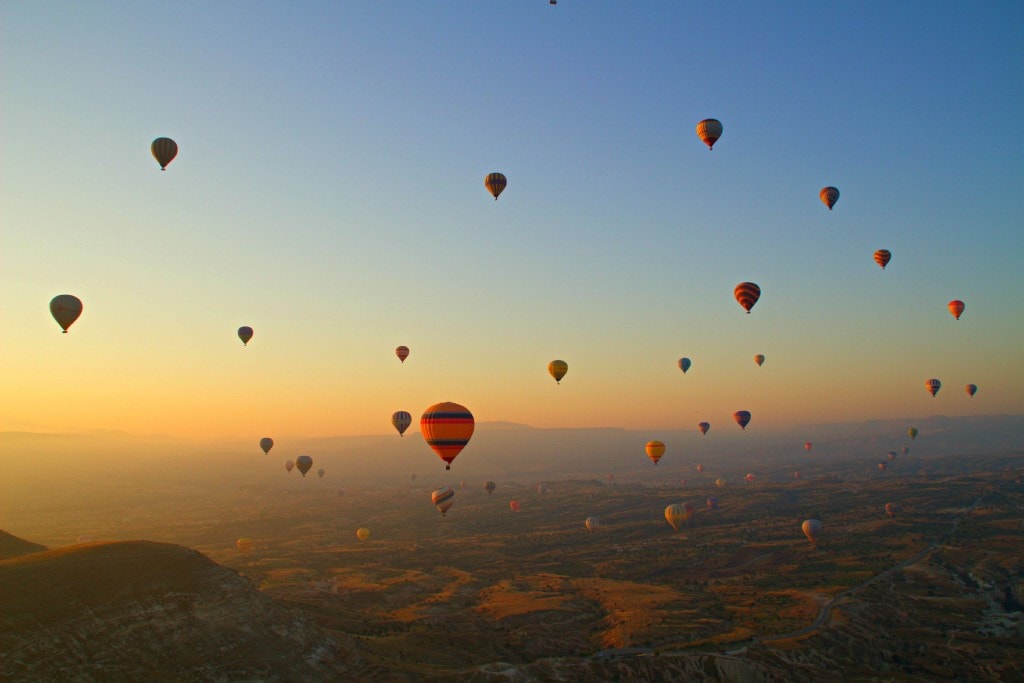 We awoke before any human should. It was 4:15AM when our alarm went off. Before I threw off the covers, I couldn't help but smile. It was finally the day that I got to fulfill a dream I'd had for many years. It was time to go hot air ballooning in Cappadocia, over a terrain that could only be described as captivating. Strange formations created by volcanic activity that occurred over 30 million years ago eventually caused the rock to peak upwards like a mushroom and change varying colors of pink in some spots. Philip and I got ourselves ready and waited for our ride, which arrived without delay. The driver from Royal Balloon ushered us into the van as we quickly picked up others wanting to fly that day as well. 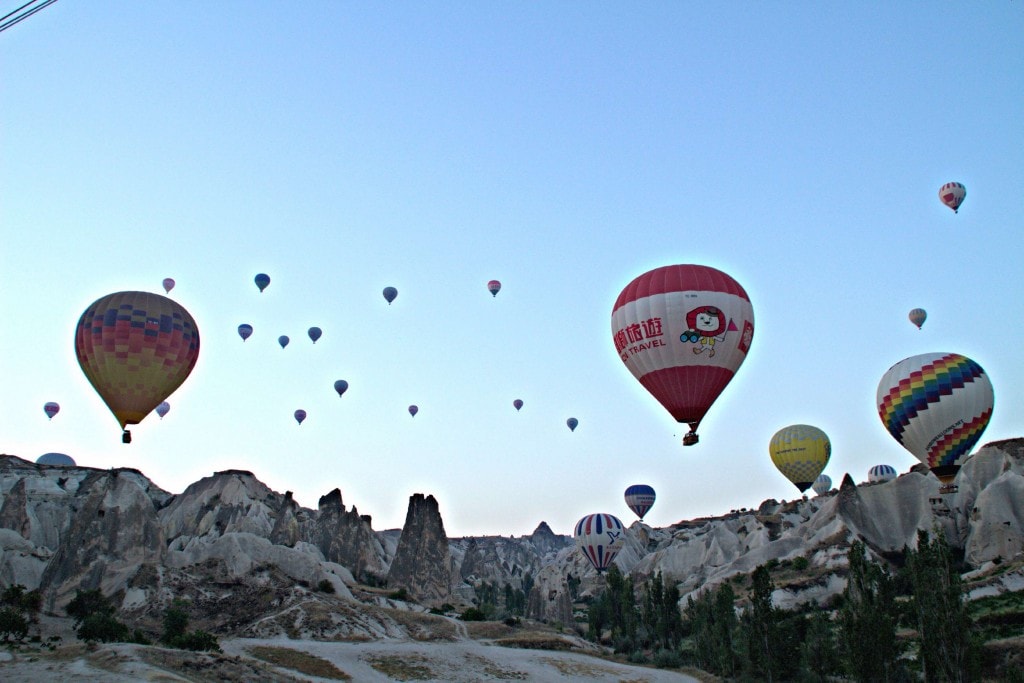 We were all brought to Royal Balloon’s large office in Goremë (Cappadocia). They collected money quickly and efficiently, and directed us to their big breakfast buffet. While we were sitting down eating, someone came around to give us a navy blue Royal Balloon hat – one of many nice additions to booking with Royal Balloons.

Because time is of the essence to get you in the air for sunrise, you don't have all morning to eat breakfast. Each table was pre-assigned to a van, which brought groups to their respective balloons waiting for them in a nearby area. As the car sped down the dirt road, we saw balloons being filled and some beginning to take off. I couldn’t contain my excitement: we were actually going hot air ballooning in Cappadocia. We arrived at our balloon to see a crew of men filling the balloon with hot air from large flames. Our flight instructor introduced herself as everyone climbed into a separate compartment of the basket. A young photographer with a big smile from Royal Balloons was proudly taking photos of everyone as they prepared. 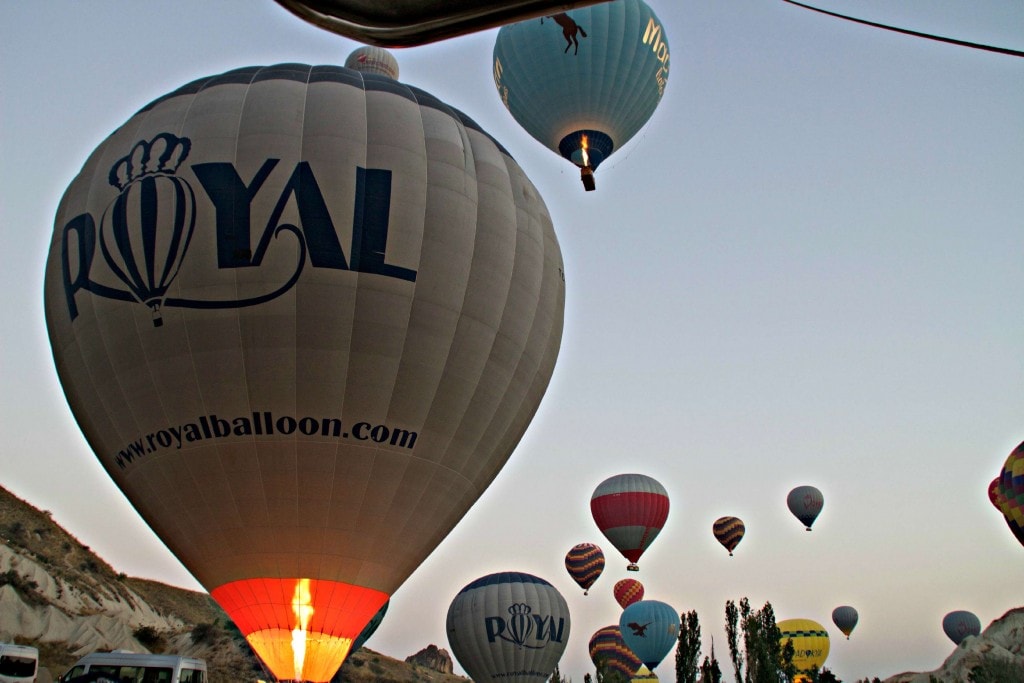 Our balloon set sail (er, float?) rather quickly from the time we arrived. We shared the experience with 14 other people, but the basket never felt overcrowded; some other companies cram many, many more people into a single basket. As we climbed high into the sky we could see the landscape we had spent the previous day touring. It was sight I will never forget. A site which was only made all the more magical as you saw more and more balloons take flight with you. 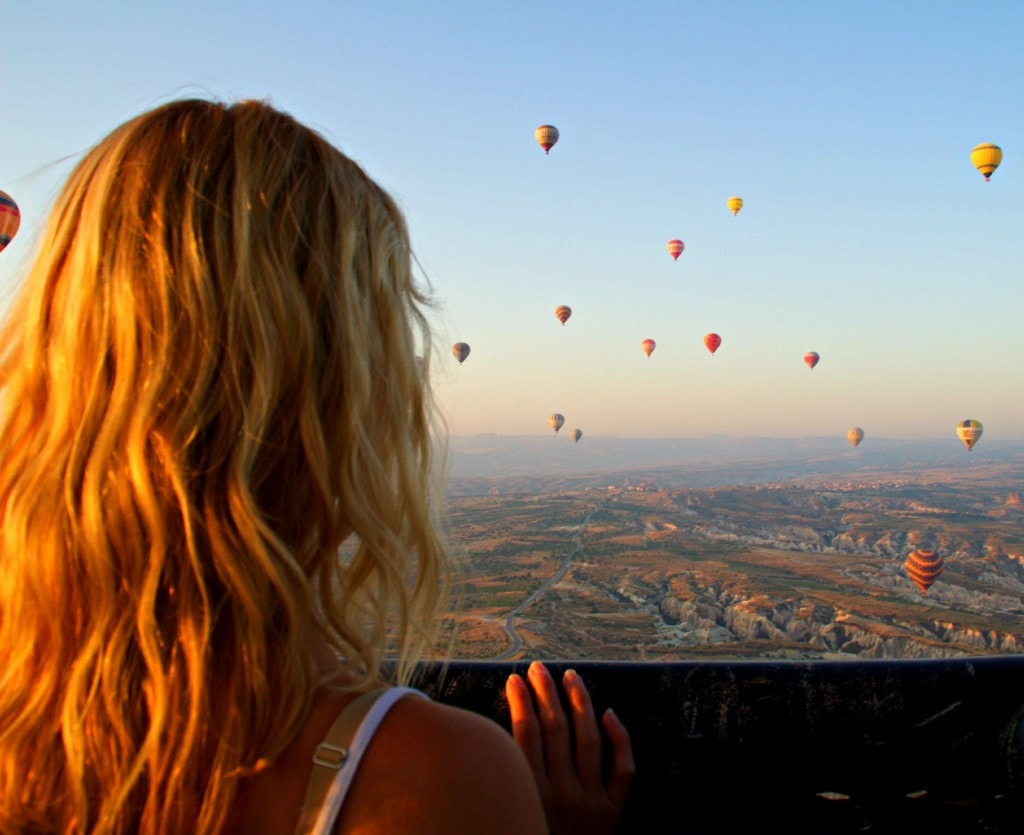 The sky around us became sprinkled with other adorable balloons. The awe inspiring views only progressed as the rising sun cast different colors along the horizon. I wanted the moment to last forever. Words cannot describe the beauty witnessed while hot air ballooning in Cappadocia. Of course, as true with all things you never want to end, the ride came to a close after about an hour. 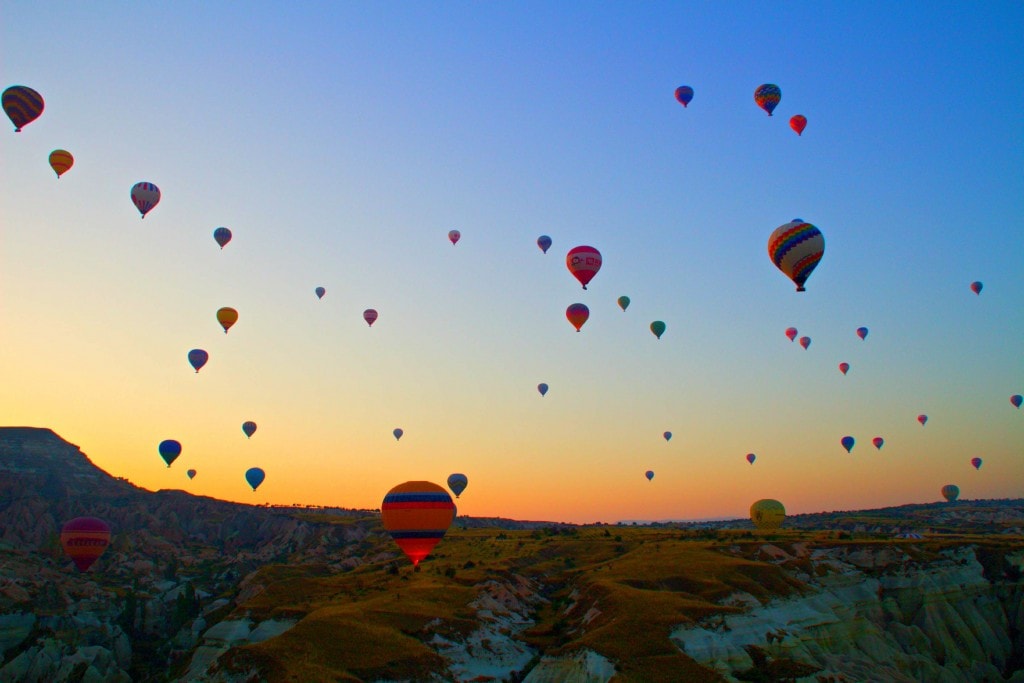 We landed in a semi-random location in Cappadocia and did not have to wait too long before a team from Royal Balloon met us with all the equipment to dismantle the balloon. While we waited, they provided us with champagne, little biscuits, cookies, and medals. A lovely closer indeed.

If you are venturing to Turkey, you absolutely must include hot ballooning in Cappadocia. The experience will be something you never forget and will never want to forget. 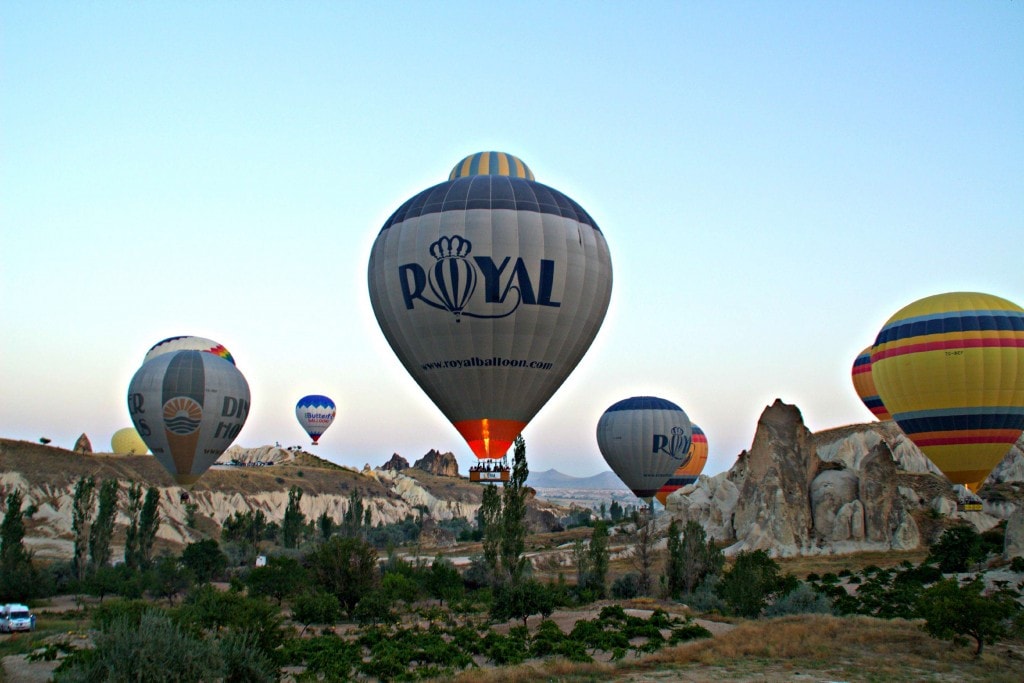 **Special thanks to Royal Balloon for kindly offering me a complimentary ride. As always, all opinions are my own.