There are three things backpackers like: a clean bed, a good atmosphere, and free food. Hostel Mostel had all of this and more. With locations in Veliko Tărnovo and Sofia, Hostel Mostel allows you to experience two very different areas of Bulgaria.

In all honesty, we had no intention of going to Veliko Tărnovo, but after talking to Stan at Hostel Mostel Sofia, we altered our plans to spend two nights in Hostel Mostel Veliko Tărnovo as well, and we are sure glad that we did! Veliko Tărnovo is one of the oldest settlements in Bulgaria, dating back 5,000 years, and is known as the historical capital of the Second Bulgarian Empire.

We got to Hostel Mostel Veliko Tărnovo close to 21:00 thanks to a very delayed train from Bucharest, yet when we entered the hostel we walked in to find dinner of lentil soup (my favorite!) waiting for us in the kitchen. Yes, that's right, they include dinner with their prices! The hostel is set in a homey looking cottage and employs extremely friendly, helpful staff. 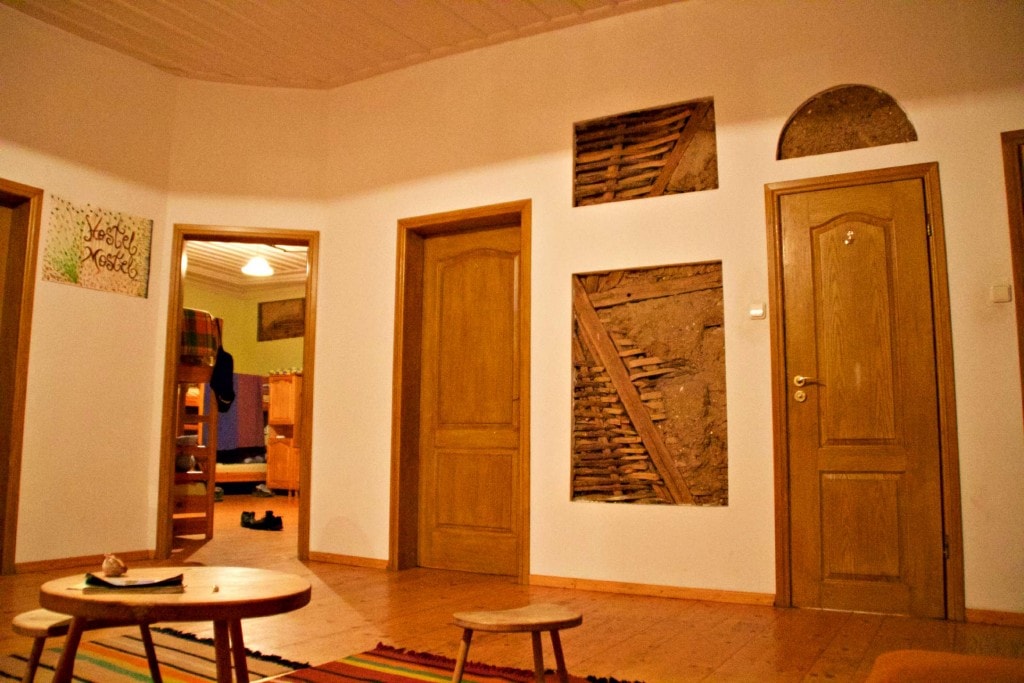 The reason we altered our plans to include Veliko Tărnovo was due to the fact that we wanted to explore Buzludzha, also known as the UFO. At 1441 meters high, Buzludzha was the place of the final battle between the Bulgarian rebels and the Ottoman Empire. The monument was built to commemorate the creation of the Bulgarian Socialist Movement in 1891 and used in secret for socialist assemblies. Today, it is closed to the public, but you can sneak in via a whole in the outer wall. 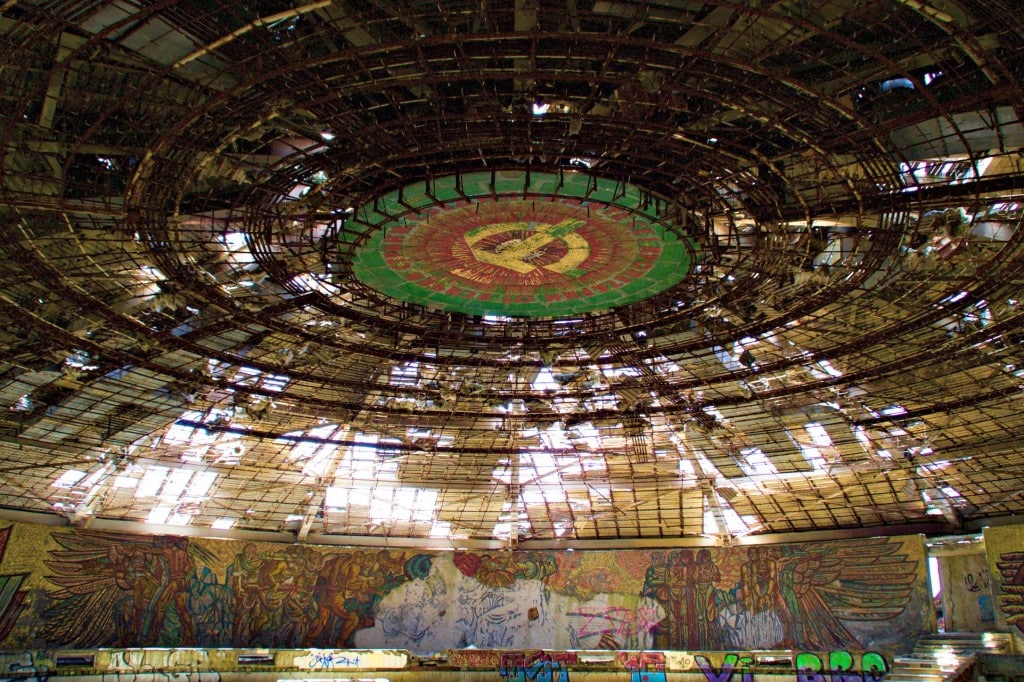 Hostel Mostel offers an incredible all-day off-roading tour to the UFO but, unfortunately, the tour was completely full by the time we arrived. Naturally, we were extremely bummed because that was the sole reason why we moved around our schedule. The receptionist told us not to worry and suggested that we rent a car for a day and go by ourselves – we would have never thought to do that on our own. She told us of a few other people were looking to split a car and, before we knew it, the next day we had a car rental, completely arranged by the Hostel, waiting for us at 9:40am. 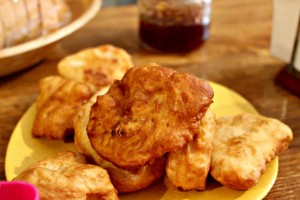 e's a spread of meats and cheeses, cereals and granolas, yogurt, homemade fried dough, juices, teas and coffee. Everyone eats together in a cottage-like kitchen, adding to the communal feel that the hostel radiates. Hostel Mostel Veliko Tărnovo had such a comfortable, homey feel located five minutes walking to the Tsarevets Fortress in the Old Town. We stayed in a ten bed dorm, yet it was the roomiest dorm I've ever experienced. The beds were comfortable and there were lockers for each bed, which is always appreciated!

In short, do yourself a favor: visit Veliko Tărnovo, explore the abandoned UFO, and stay at Hostel Mostel for the all-encompassing experience.

**While we were a guest of Hostel Mostel, all opinions are my own.