After a fabulous stay at Hostel Mostel Veliko Tărnovo, we took a 3.5 hour bus to Sofia, the capital of Bulgaria. It took us a while to get to Hostel Mostel Sofia once at the bus station, but eventually we found our way and were made comfortable immediately. 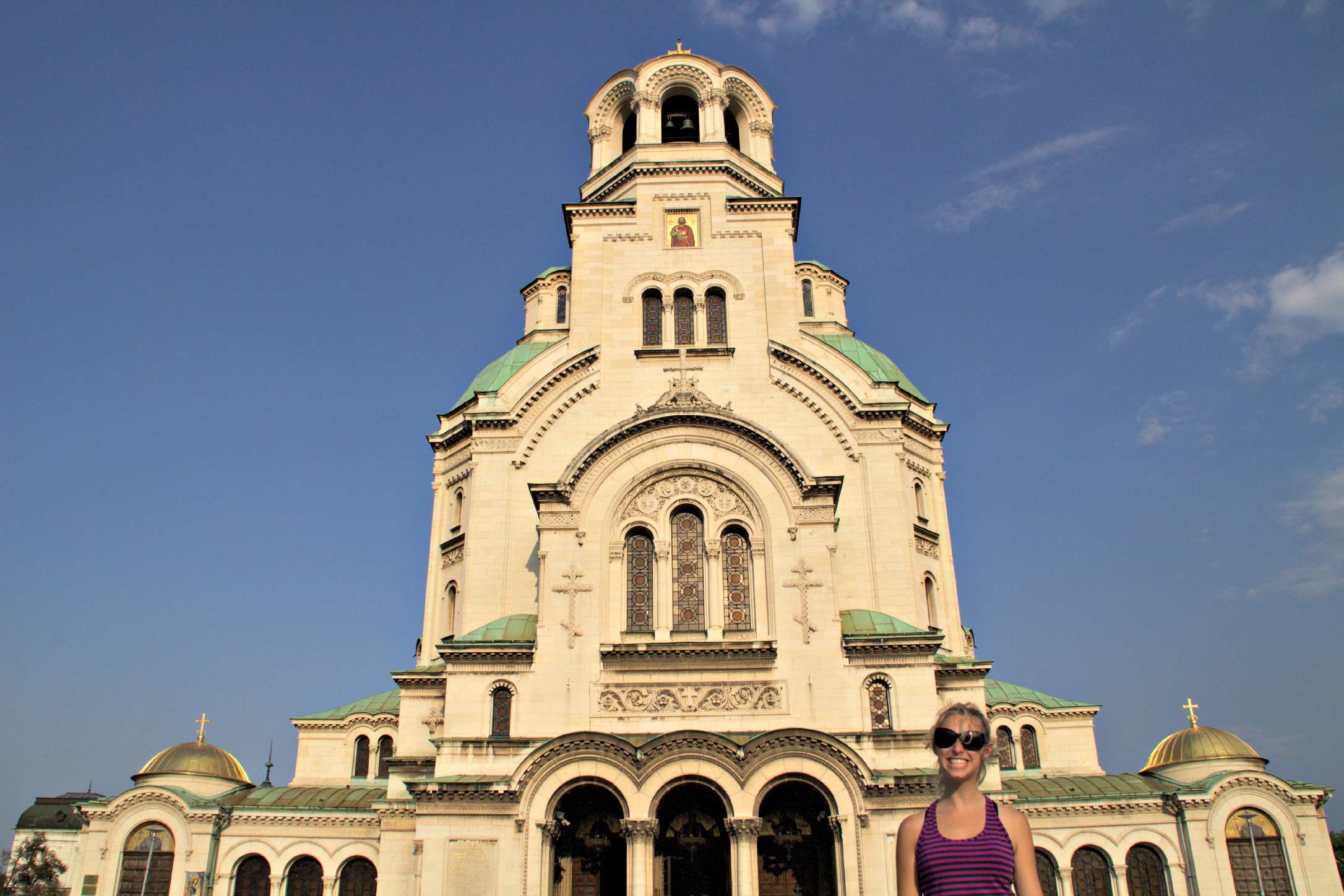 Upon entering Hostel Mostel, we were greeted with tea, coffee, and little candies. As soon as we walked into our room, I knew that I’d be sleeping well, as each bed had a curtain! Not only a curtain, but an outlet, shelf, and safe as well – mini luxuries for a backpacker. If you're not into dorm life, Hostel Mostel also offers private rooms and four bed rooms in their numerous apartments. 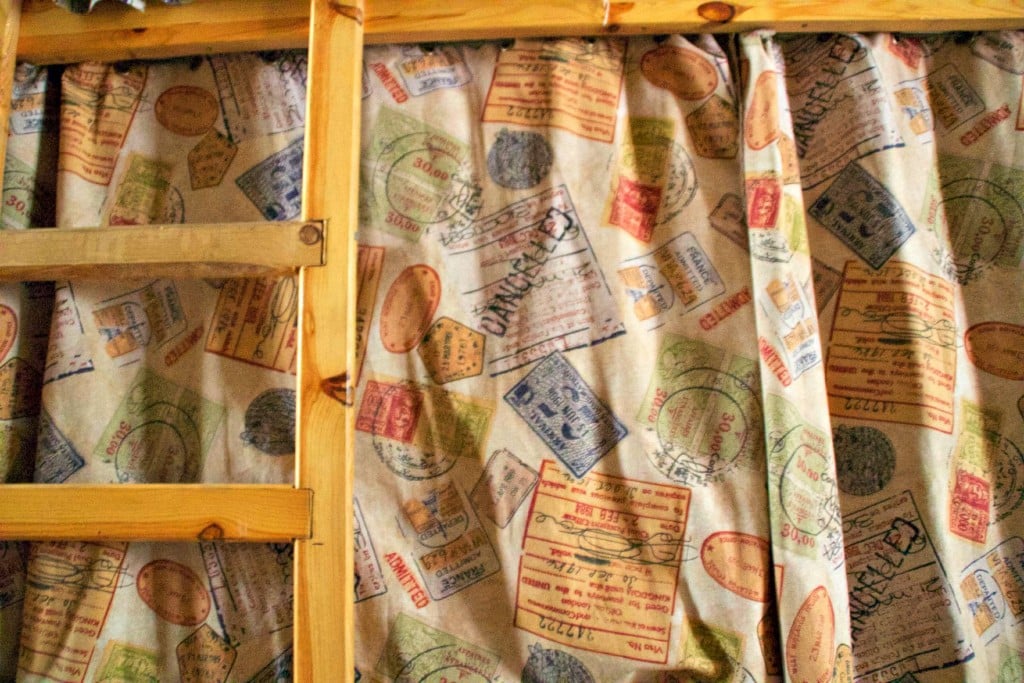 We spent some time wandering the fresh markets, seeing the Alexander Nevski Cathedral, and familiarizing ourselves with the city before heading back to Hostel Mostel for dinner. Yes, dinner. Included in the price of your room, you have the option of three vegetarian dishes, breads, salads, beer, and tea. 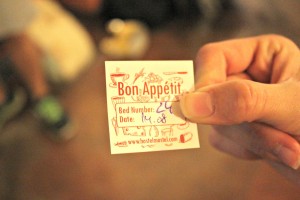 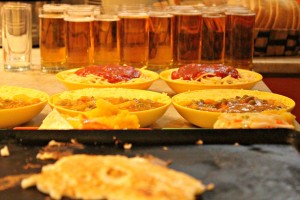 Dinner was not only tasty and convenient, but it allowed us to make an abundance of friends. In fact, a guy from Connecticut (our home state) sat down right next to us! If you are from Connecticut an travel extensively, you will understand how funny and rare it is to encounter a fellow Connecticuter. Small world indeed. By the end of the night, our little table of two turned into a table of fifteen, and it was very welcomed! While everyone else went on a pub-crawl (free of charge to attend but, obviously, you have to pay for your own drinks), we stayed back planning and got into bed at a decent hour.

For breakfast, Hostel Mostel serves waffles! For real. Waffles, eggs, cucumbers, tomatoes, cheese, fruit, cereals, and granola. They even have a swirling hot chocolate machine. And it’s an all you can eat breakfast – how fabulous! 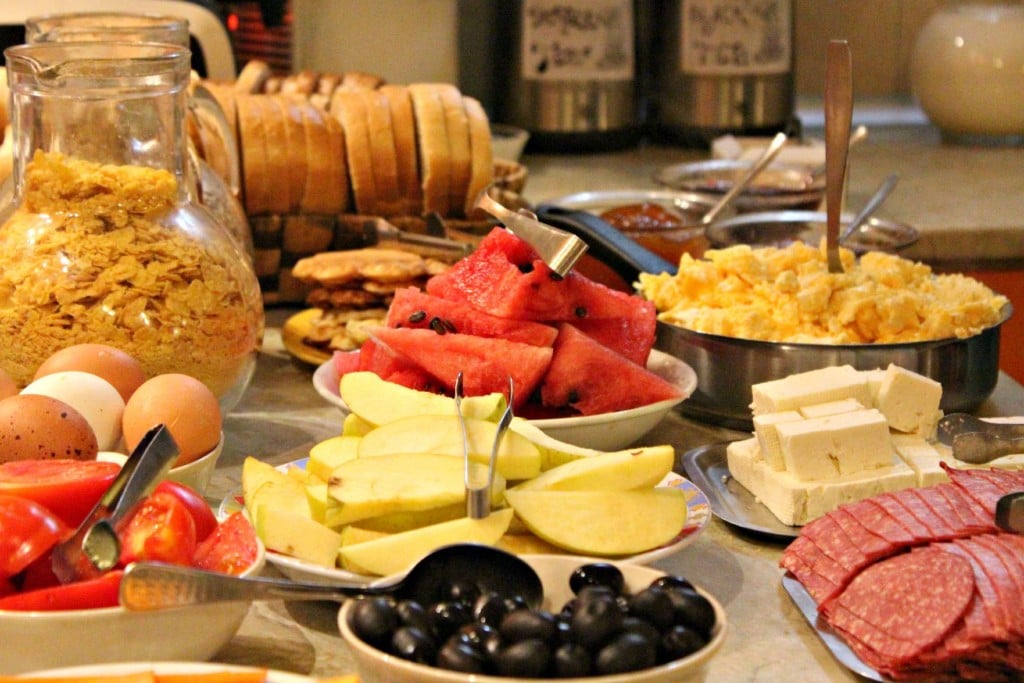 Rather than visiting the Rila Monastery (it was a religious holiday that people had been camping out for for days), we went on the Vistosha Mountain hike that Hostel Mostel offered. We had a hilarious group of people with us, which made the hike all the more enjoyable. And this point needs to be stressed. I’ve stayed in many, many hostels around the world and to find like minded, awesome travelers is not always so easy. Two hostels thus far on the trip have created an environment that attracts a fun bunch of backpackers: Mosquito Hostel in Krakow, Poland and Hostel Mostel Sofia. If visiting Sofia, Hostel Mostel is the place you really should stay. Not surprisingly, the hostel, which can house over 130 people throughout several buildings, is constantly booked.

In the end, what makes the hostel so unique is it’s vivid history: The building was originally constructed by a Greek family in the mid 19th century, purposely built to be a roadside inn on the road to Athens. Named “The Old Inn,” the house was a popular stopover place for travelers to Greece and back for about a century. In September 1944, the Communists came into power in Bulgaria, and “The Old Inn” was taken over by the Communist government – the Greek family was exiled back to Greece. The communist authorities closed the national borders, and there were no travelers for nearly half a century; thus, the building served as municipality offices. In 1985, “The Old Inn,” was registered as a National Heritage Site and was completely renovated by the government. The structure of the building was modernized, but the traditional 19th century style was preserved. From 1985 until the early 1990s, a small theater called “Renaissance” was performing in the space. Throughout the early years of democracy in Bulgaria, the building was housing different offices; for a couple of years it was a modern arts cultural hub called “XXL.” Hostel Mostel moved to this space in 2007 to continue the time-honored traditions of “The Old Inn” by offering friendly, safe, inexpensive, and clean accommodation to travelers from all over the world.

**Special thanks to Hostel Mostel for kindly offering me a complimentary stay. As always, all opinions are my own.