Hogsback, while not originally on our itinerary, was praised by other backpackers we met in South Africa. So what did we do? Cancelled our hostel in East London and drove to Hogsback to set up camp before nightfall.

Shortly thereafter, we took a short hike to the 39 Steps waterfall; it was peaceful, easy, and a great way to blow an hour or two. 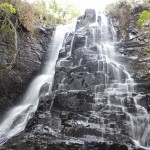 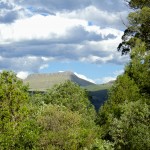 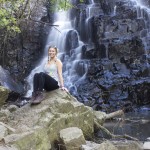 As I was about to crawl into my tent later that night, one of our new friends, Erik, told me to look up. I gasped as I witnessed the brightest stars, and the clearest skies I had ever seen. Rather than sleep, we decided to go stargazing by the bath tub on the cliffside (courtesy of Away with the Ferries hostel). We saw lightning far off in the distance, partially covered by clouds. Every few seconds, the sky lit up in beautiful shades of orange behind the distant city. Each time, as the orange faded into darkness again, we had a stunning view of the Milky Way. Quite the way to spend the evening indeed. 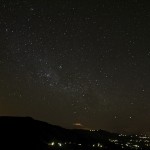 For the die-hard J. R. R. Tolkien fans, Hogsback’s four-hour forest hike was made for you. Some believe it to be the inspiration for the fictional forest of Mirkwood in The Lord of the Rings.

Since it downpoured on us the night before, the pathway was extremely muddy, so we were all slipping and sliding everywhere. The dog from our hostel led the way, and after weaving throughout the (very cold) forest, we finally reached the Madonna Waterfall. It was massive and absolutely glowing, thanks to the perfect sun placement. A morning filled with new friends, great company, and stunning landscapes are always bound to impress. 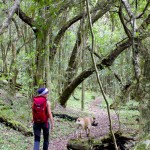 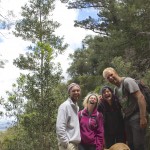 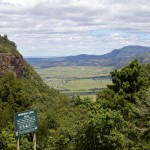 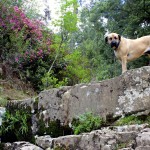 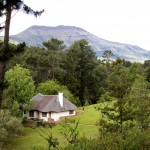