Step into the 1800s in Harpers Ferry…

We detoured from our original plan when we discovered Harpers Ferry National Park in West Virginia. Since visiting Gettysburg, I’ve been on a bit of a US History kick! I’ve realized that while I’ve taken free walking tours in countries all around the world to better understand their cultures and histories, it was time that I came to understand my own.

Visiting Harpers Ferry National Park was like taking a step back in time! We opted to take the free shuttle bus to the Lower Town. We hadn’t thought anything of the “Lower Town,” and had just planned to use it as the start to the Virginias Island hiking loop. Well, let’s just say that we never made it to the trail. Harpers Ferry’s Lower Town is, in fact, an 1800s town…and looks just as it did back then! 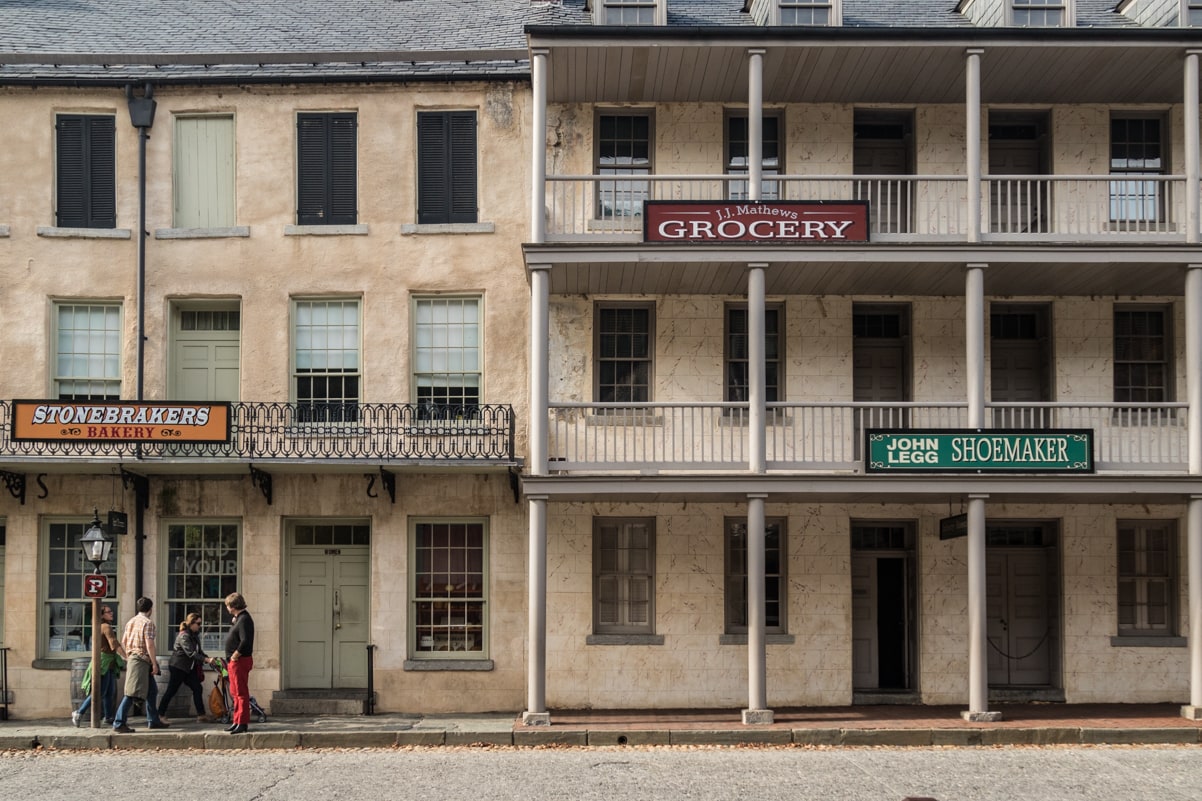 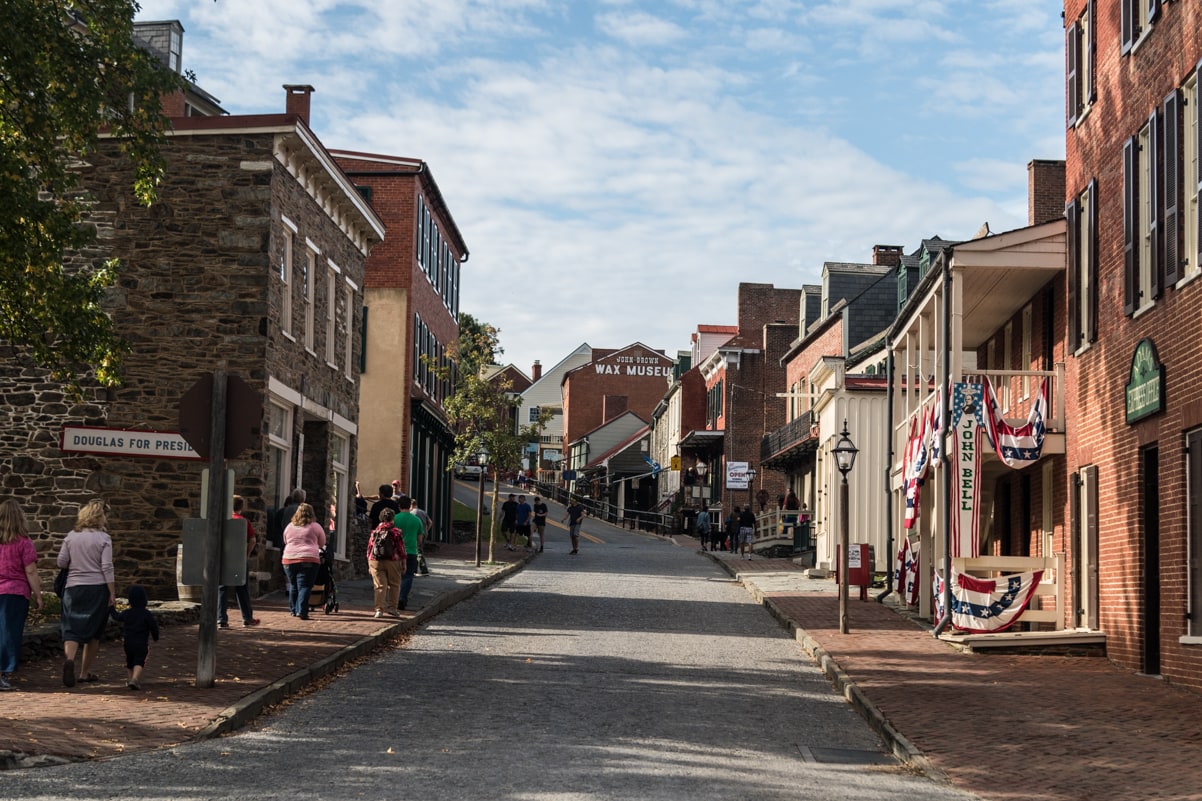 With signs like “Douglas for President,” “Vote Breckinridge / Lane ~ The Real Democrats,” and “Douglas and Johnson, True to the Union,” immediately puts you in the mindset of what this town may have been like in the 1800s. 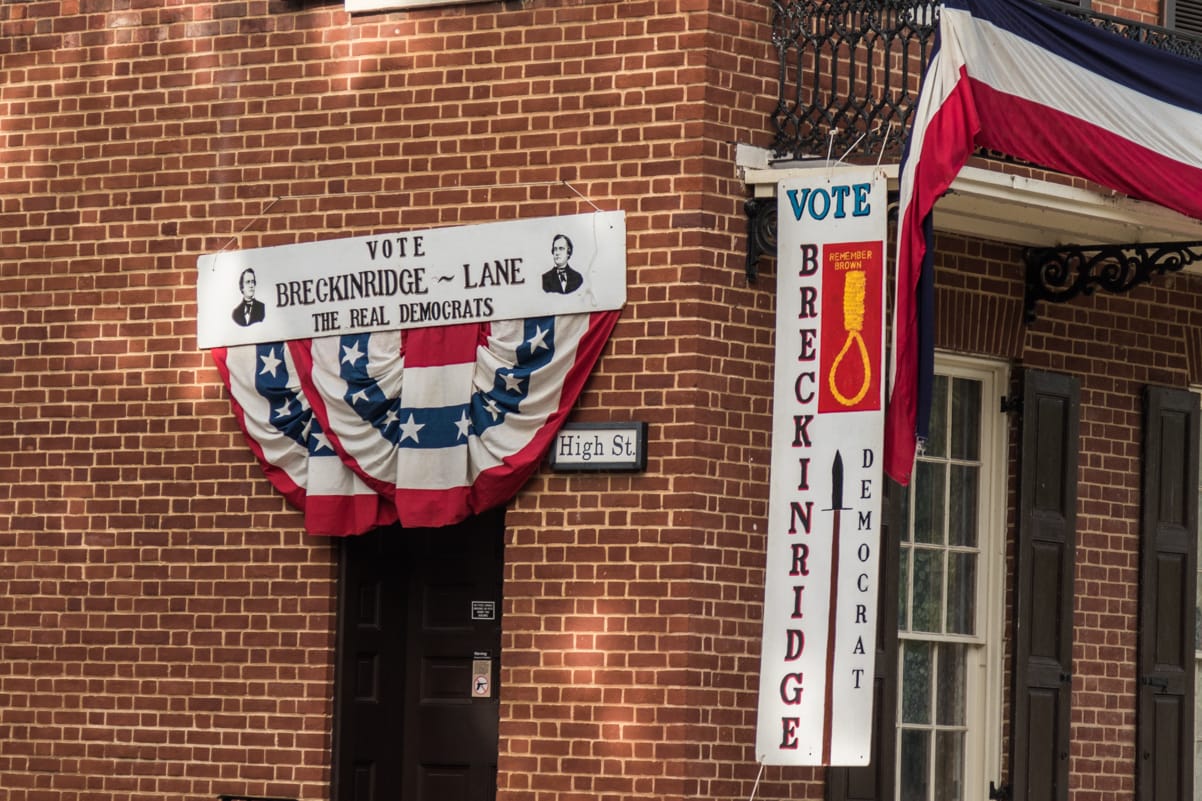 It was the sign below though that really brought to mind what it must have been like here in the 1800s. 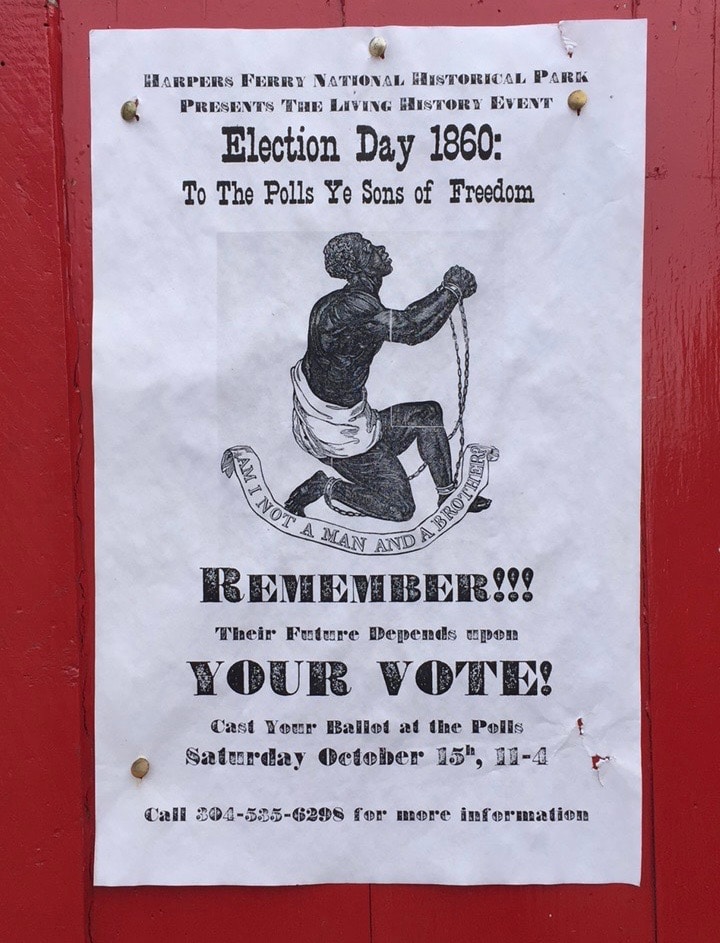 The town has over 20 privately-owned museums, period shops, exhibits, churches, and, most importantly the fort of abolitionist John Brown. This is where John Brown fought against slavery, sending the nation into the Civil War. He was captured in Harpers Ferry on October 16, 1859. Convicted of murder, treason, and inciting slaves to rebellion, he was ultimately hung on December 2, 1859. John Brown’s Fort was constructed in 1848, but has been moved four times due to its fame of being John Brown’s stronghold. It was originally built as the fire-engine house for the U.S. Armory and escaped destruction during the Civil War. Today, the building is in one piece here in Harpers Ferry. 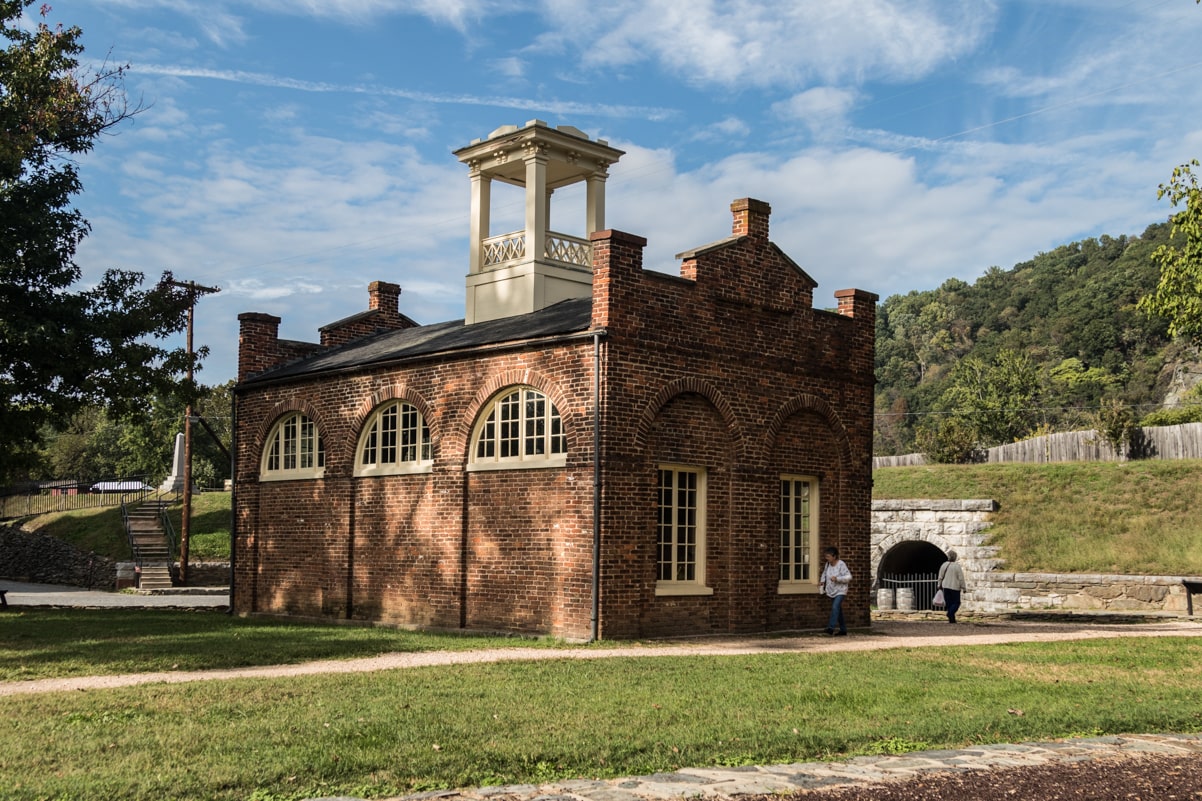 Harpers Ferry not only links up with the Appalachian Trail, but offers spectacular views of the Blue Ridge Mountains, Shenandoah River, and Potomac River.

You can even cross from West Virginia into Maryland by crossing the Potomac River Bridge beside the train tracks! Train travel first began in the United States in July of 1828, and, by 1837, Harpers Ferry had found a way to better deliver and receive supples: via railroad, thanks to B&O Railroad. Business began to boom in Harpers Ferry all thanks to this new means of transportation. Sadly, the Civil War destroyed most of the town and the Confederate raiders continually ruined the railroad (although, luckily not permanently). Surprisingly, the B&O Railroad still serves as a main means of transportation today. 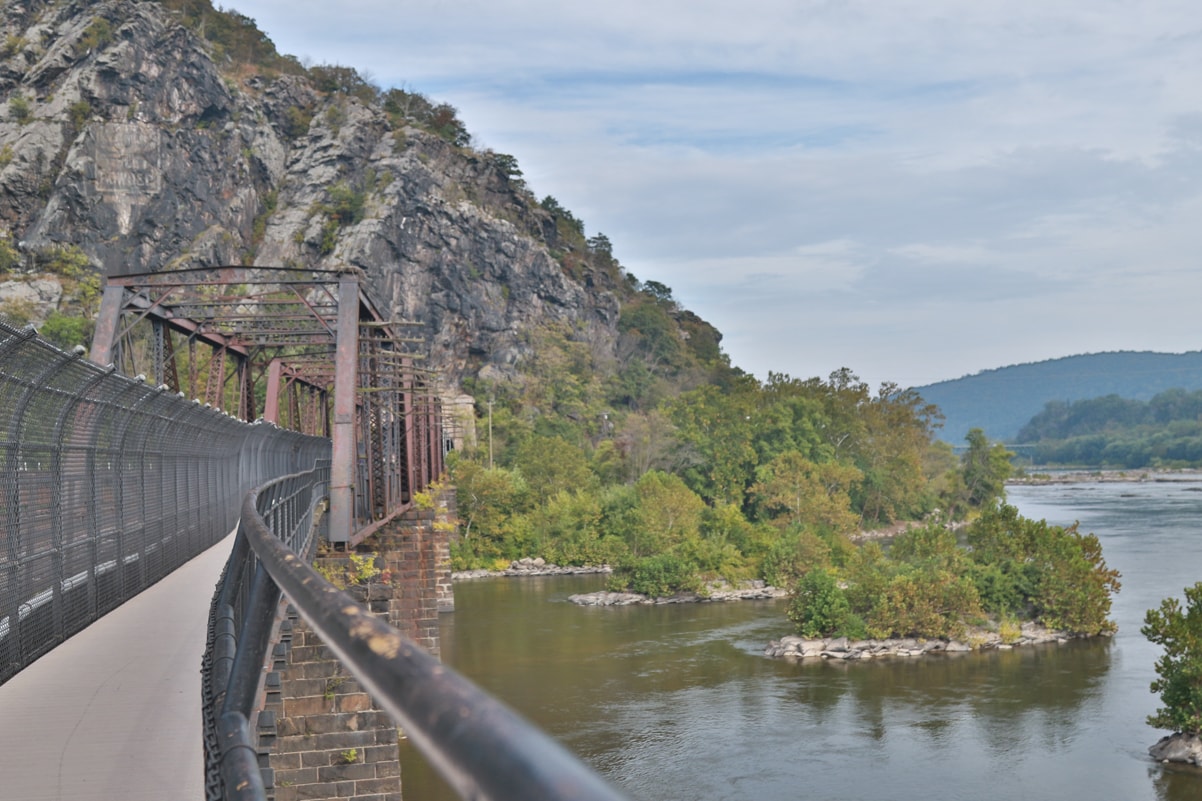 Harpers Ferry National Park is known to have some fantastic hiking trails chock full of Civil War ruins and battlefields. You can even walk the trail where W.E.B. DuBois marched for Civil Rights on a former Civil War Battlefield. I easily could have spent a few days in Harpers Ferry National Park. If you have the time, be sure to hike to the Stone Fort Overlook in Maryland Heights! 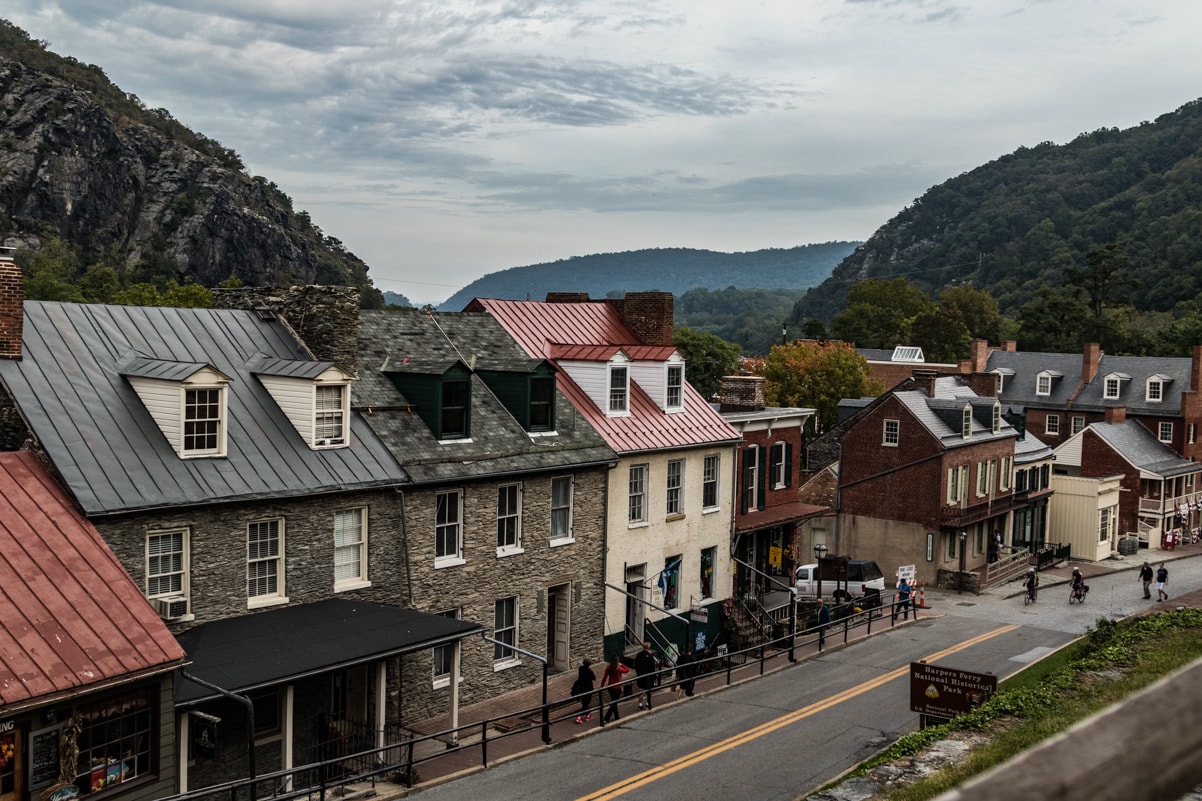 Ready To Step Back In Time In Harpers Ferry? Pin It Please! 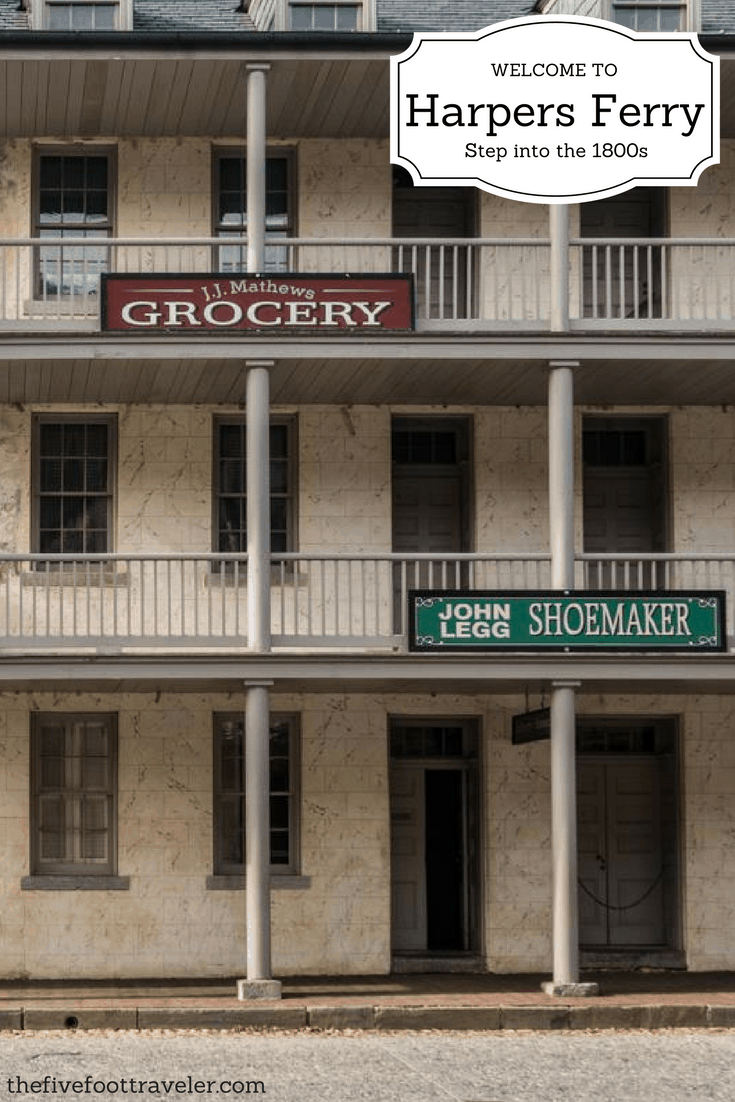